Piccolina Gelato is currently open but their offerings and services may be affected due to the pandemic. Please contact the business directly for more information about any changes. Is this your business? Please contact us if you would like to update this message.

All gelato here is homemade from real, natural ingredients. The other pride and joy of this spot is the fresh baked homemade brioche that gelato can be stuffed into, part of the “e altra roba.” 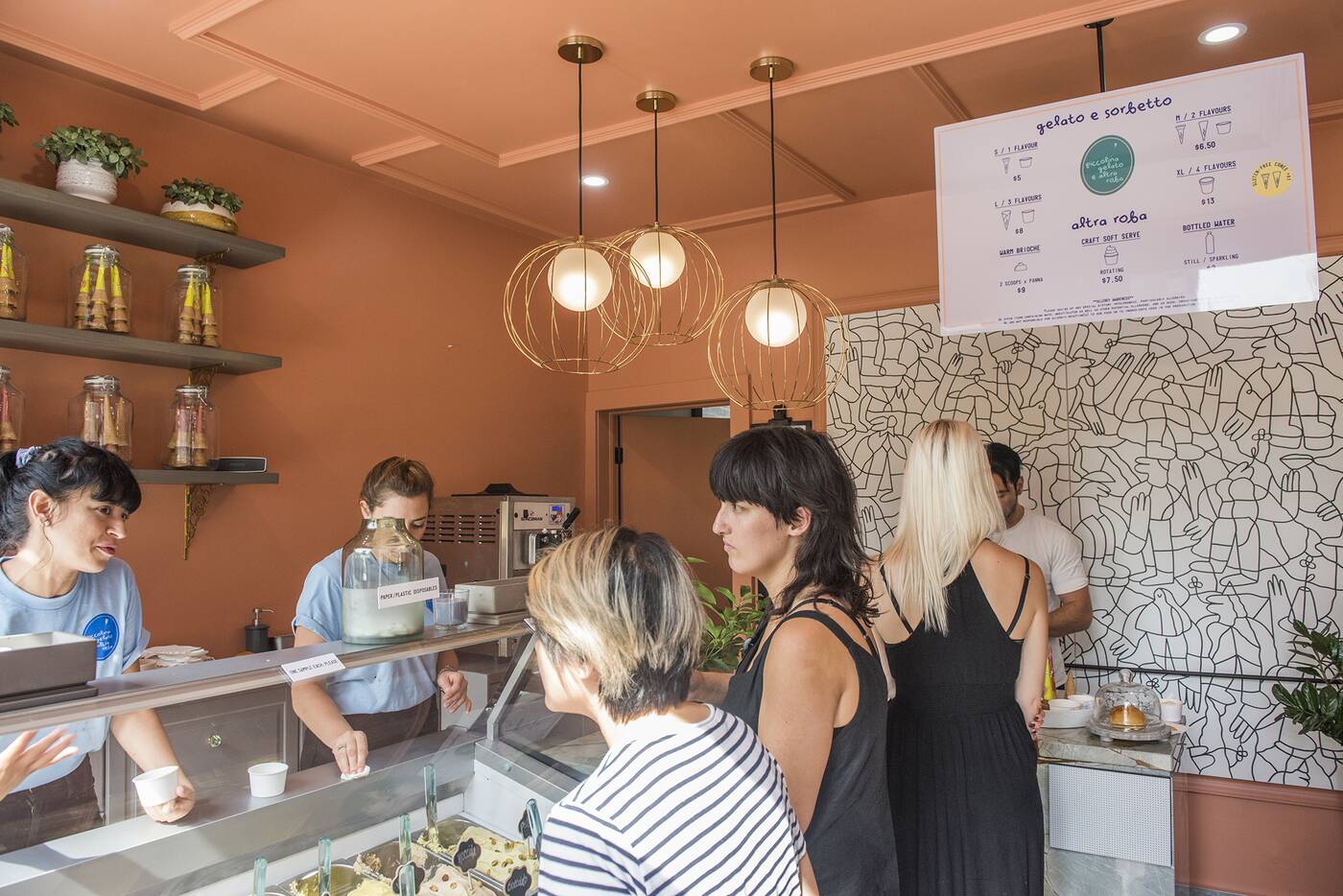 Formerly home to offices, the quaint and tiny space is all done up in blush tones and moody marble, an art installation on one wall setting everything off. The size of the space is appropriate seeing as the “piccolina” part of the name means “little one.” 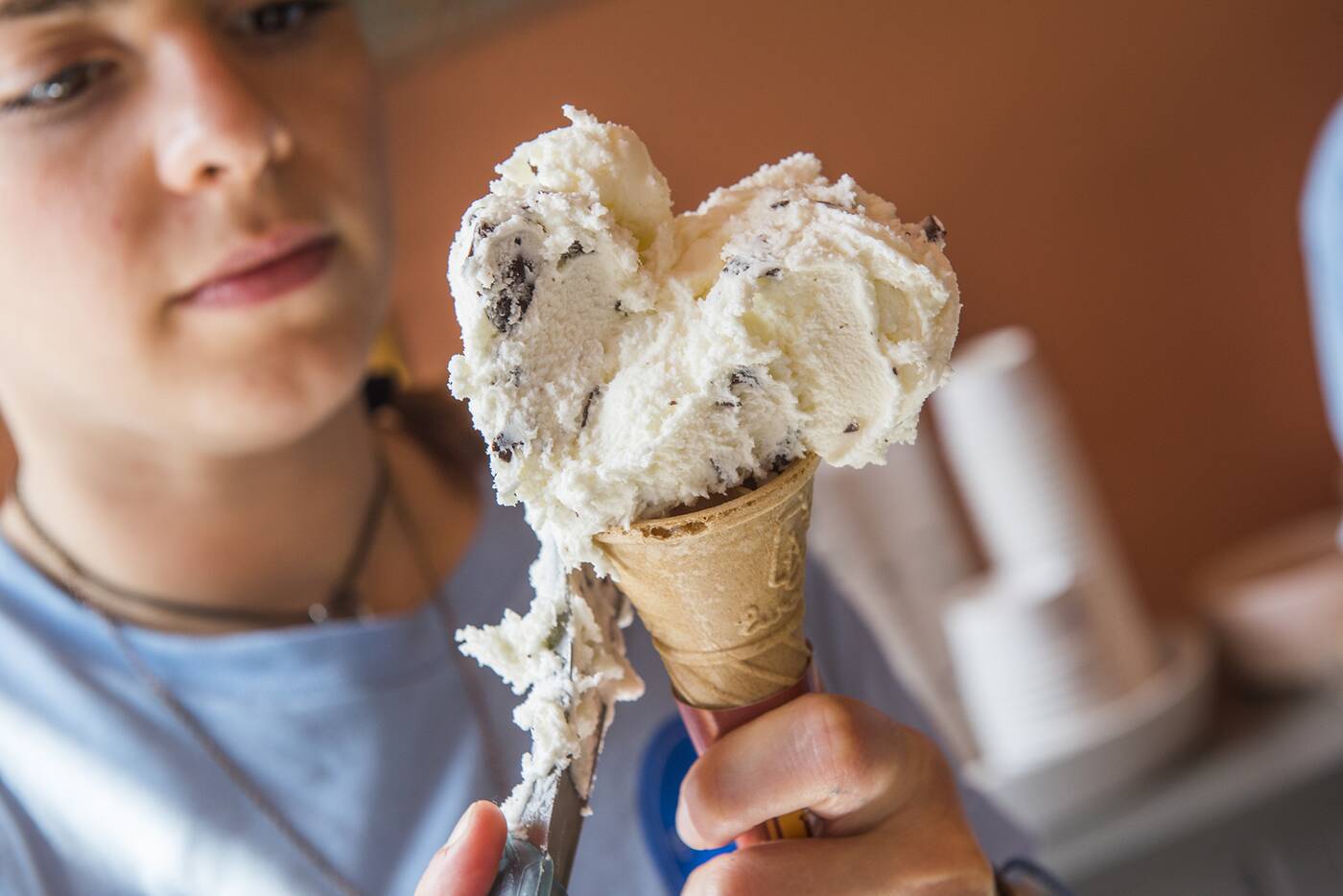 There are around a dozen flavours, mostly classics like stracciatella, chocolate, and lemon. 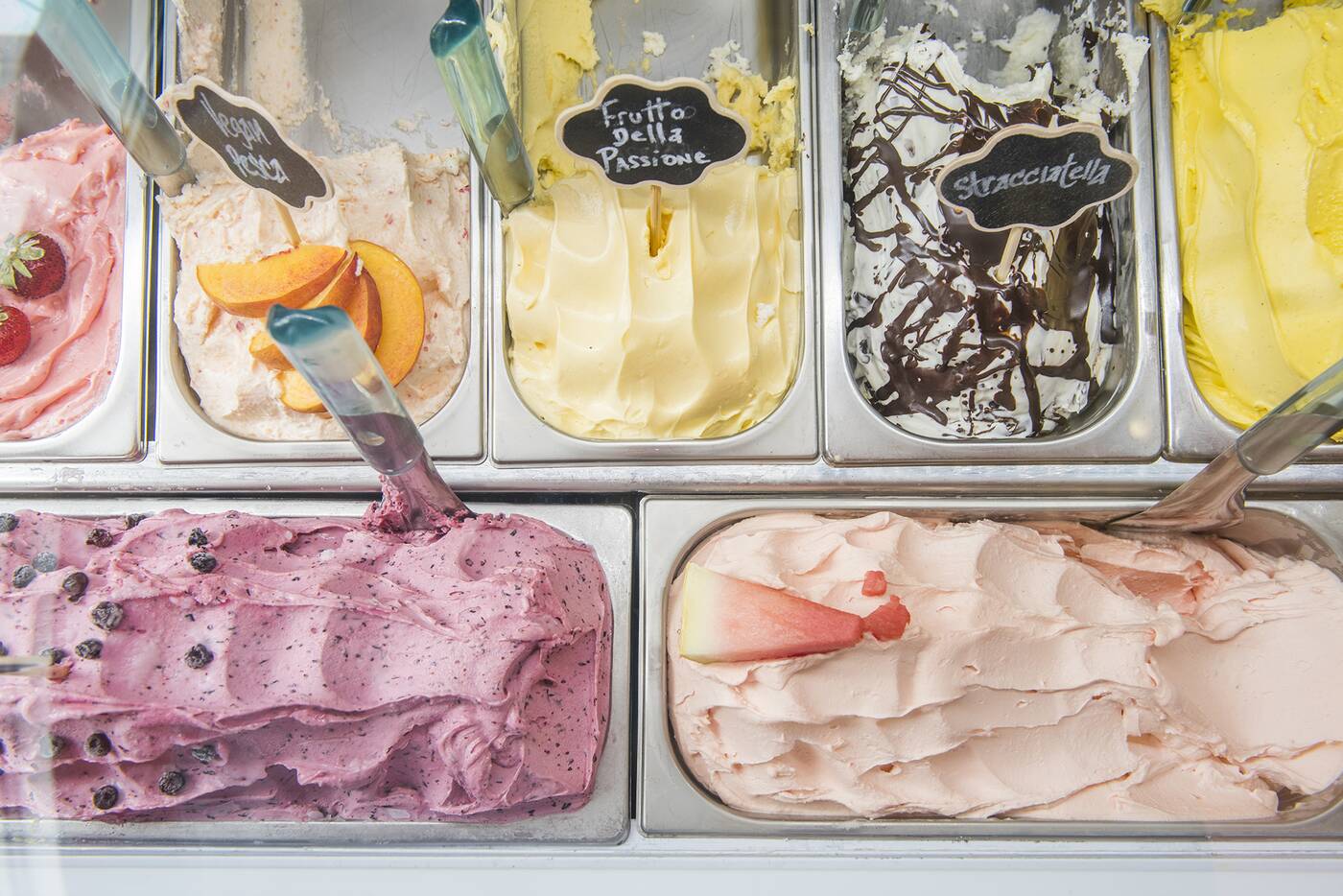 Around a quarter of them are always water-based though, in flavours like mango and peach. 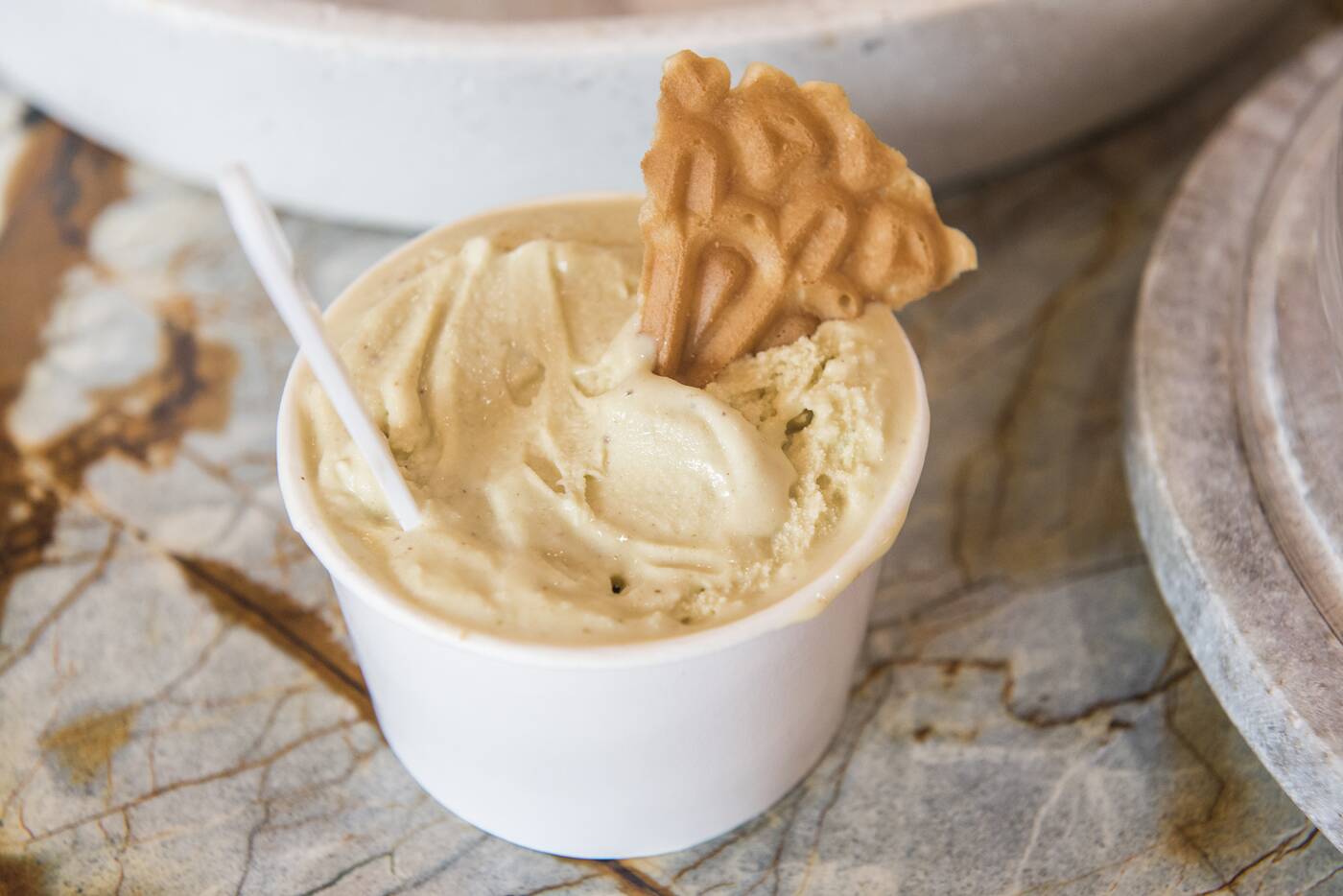 A small cup or cone with one flavour is $5. I begin with the typical gelato mainstay—pistachio. Nutty, creamy, and sticky, it’s everything I expect in a tiny flavourful package. 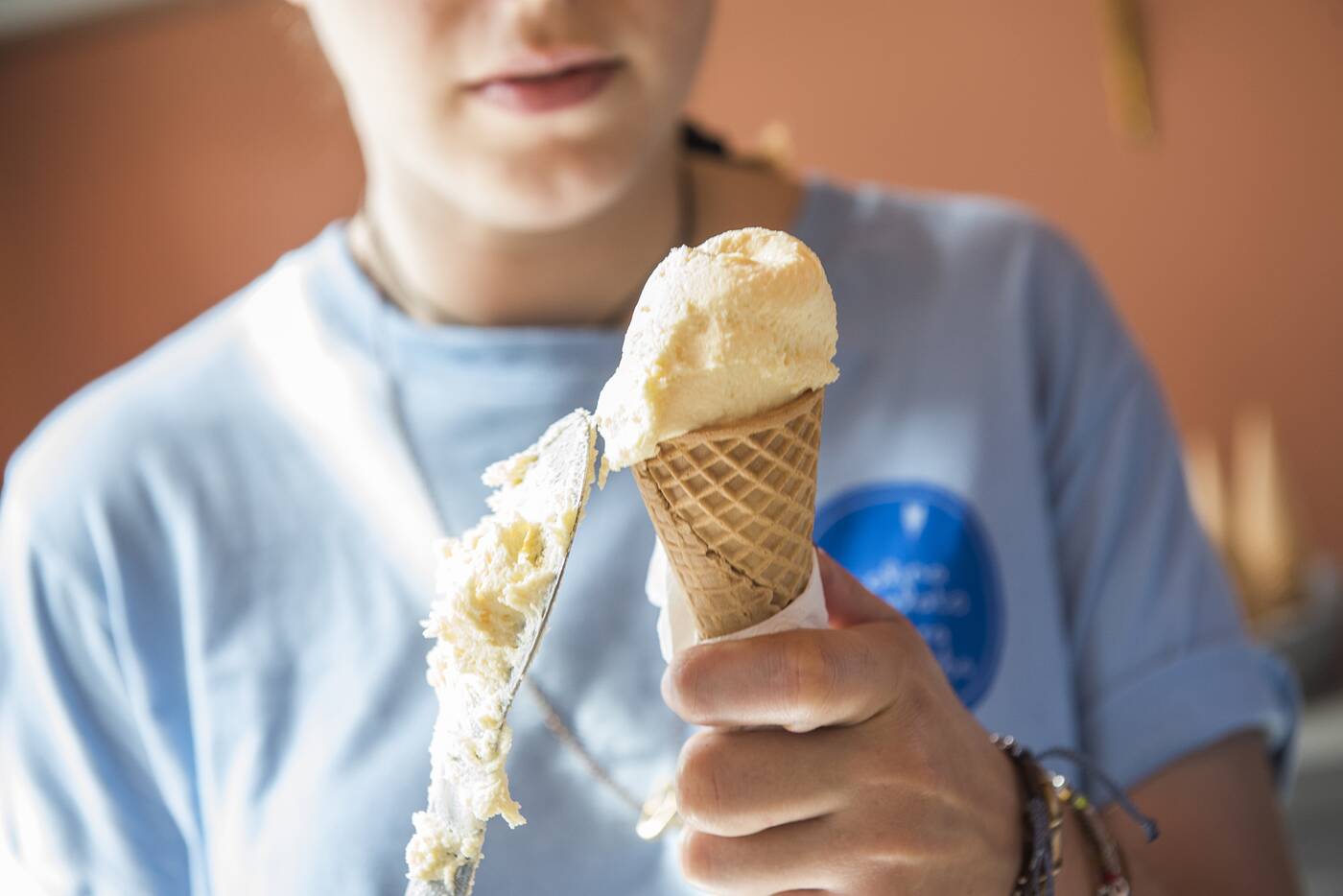 A large cone ($8) comes with a whopping three flavours, and everything is always garnished with an iconic little pizzelle shard. A gluten-free cone is available for a dollar upcharge. 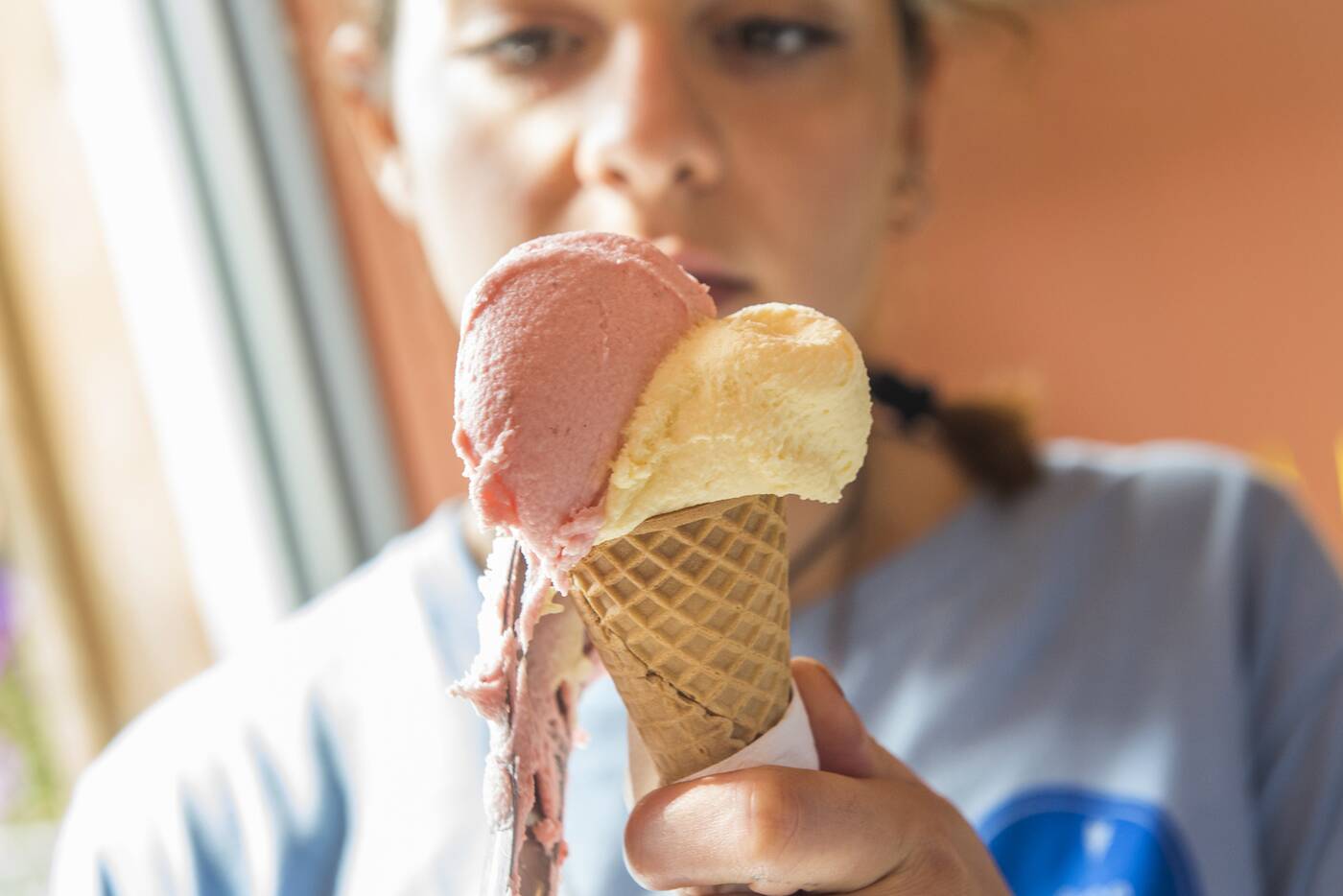 We do the passione (passionfruit), fragola (strawberry) and chocolate. Today they’re offering both a dairy and vegan version of the chocolate. 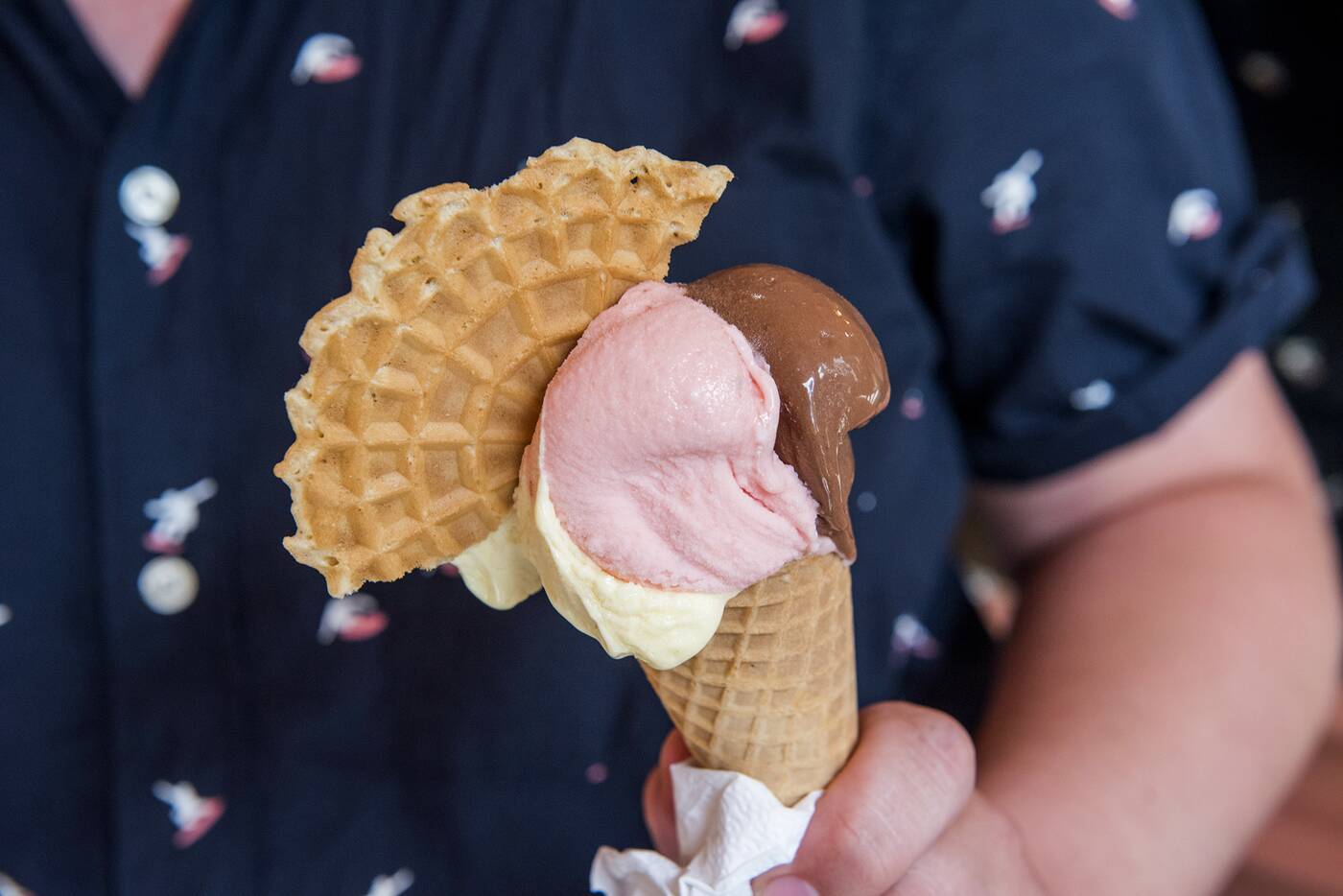 The nectar-y, tangy passionfruit is the most outside-the-box, though the strawberry and chocolate really come through too, with rich and punchy versions of beloved favourites. 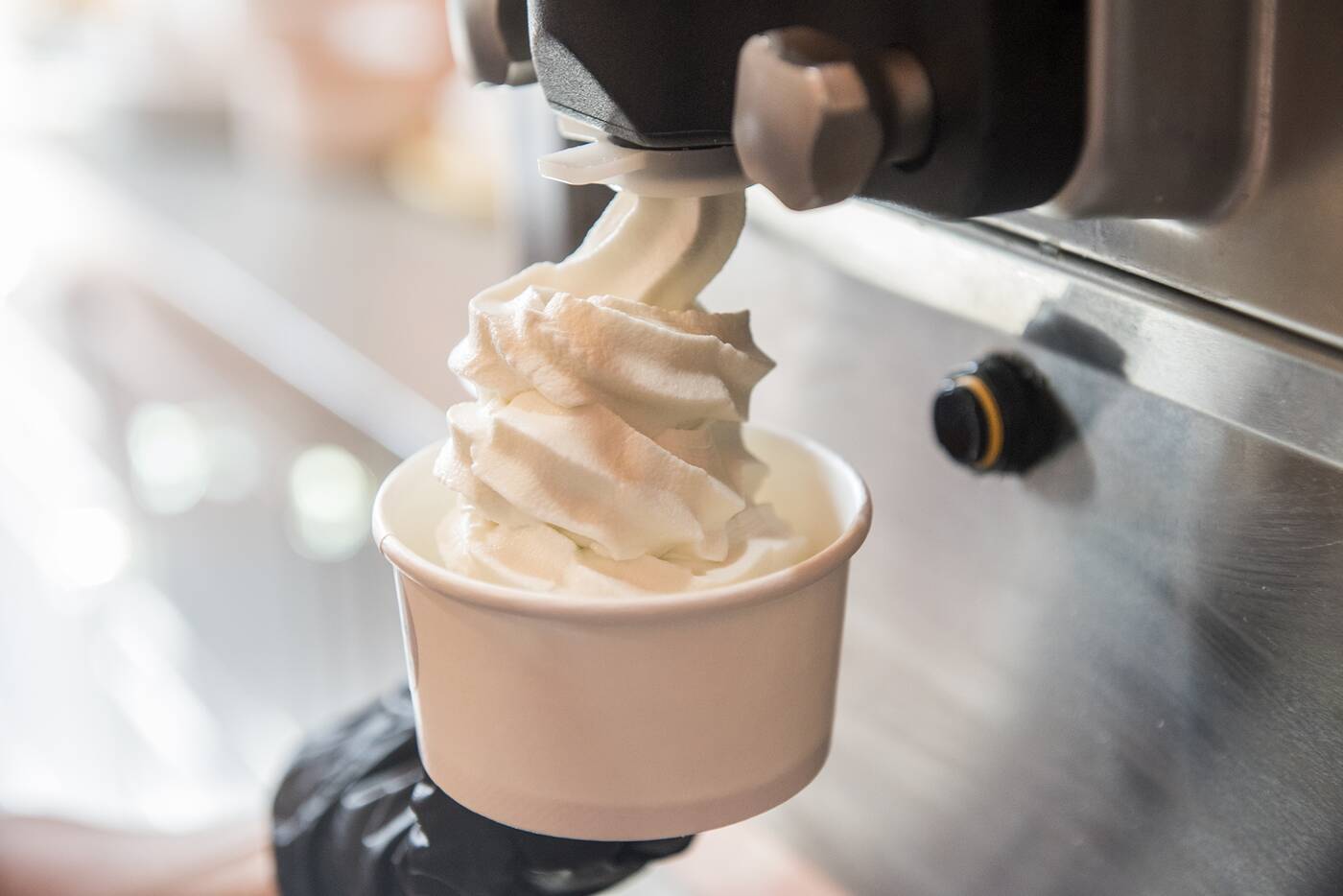 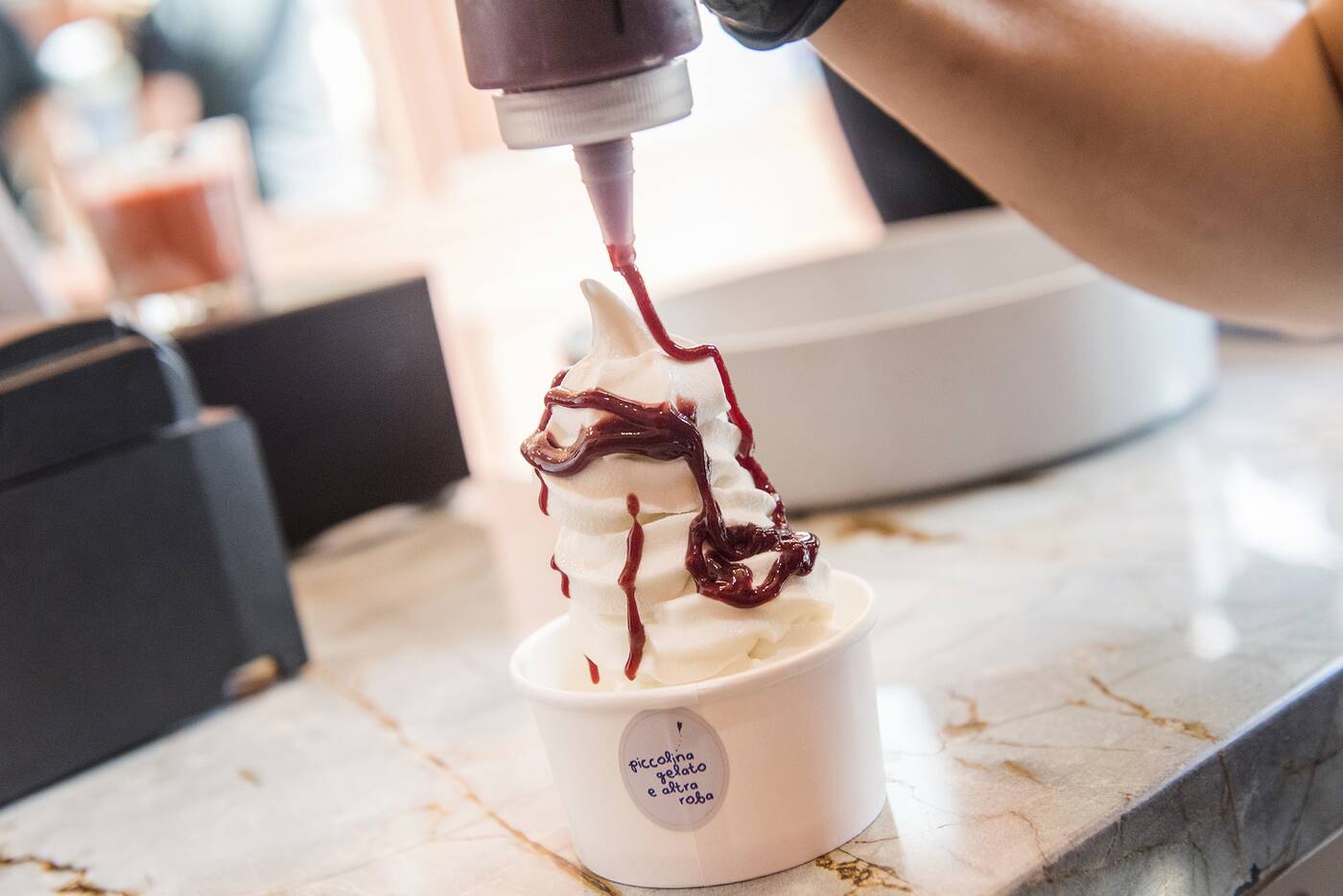 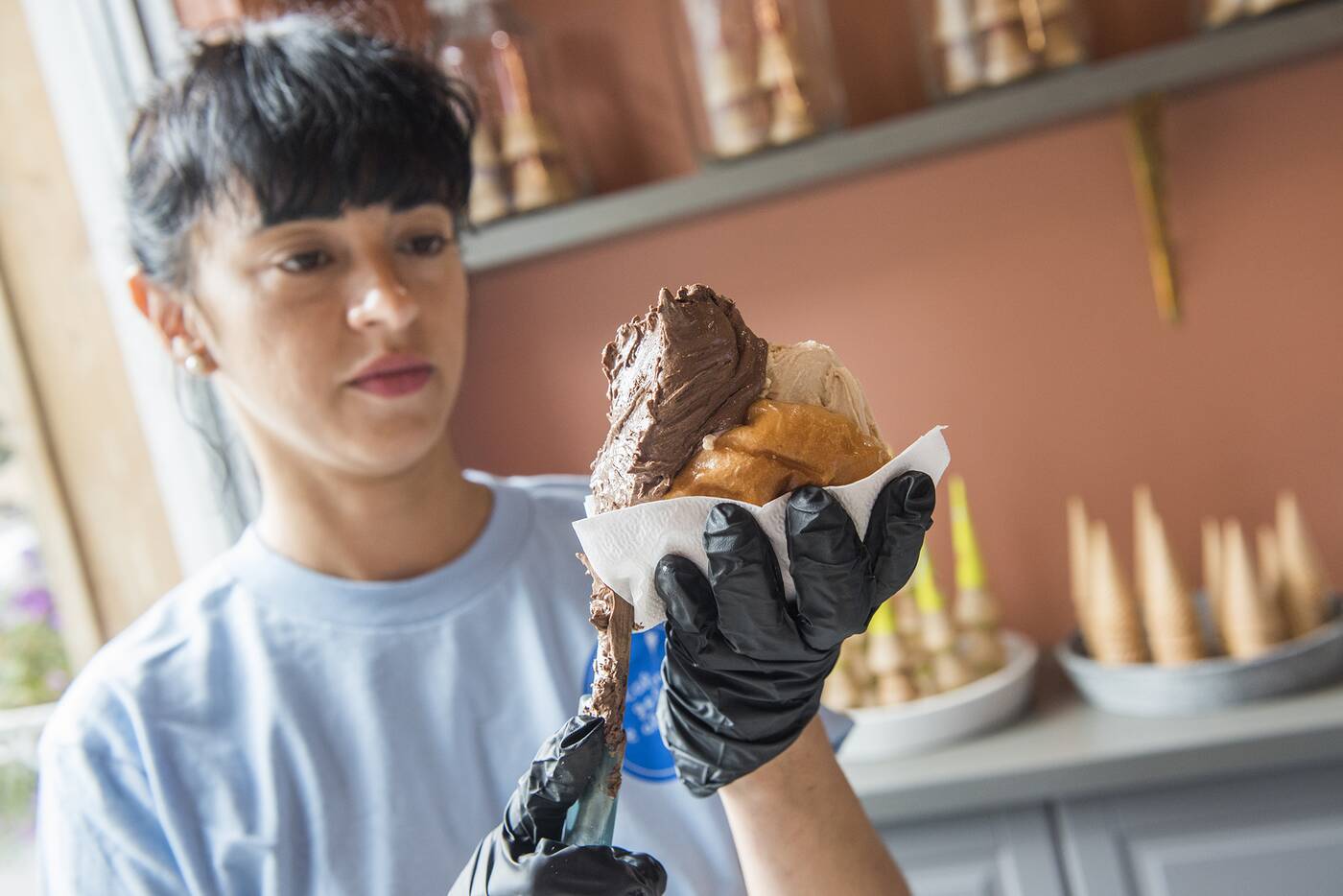 Warm brioche with two flavours of gelato ($9) is a sweetly-messy contrast of temperatures and textures. 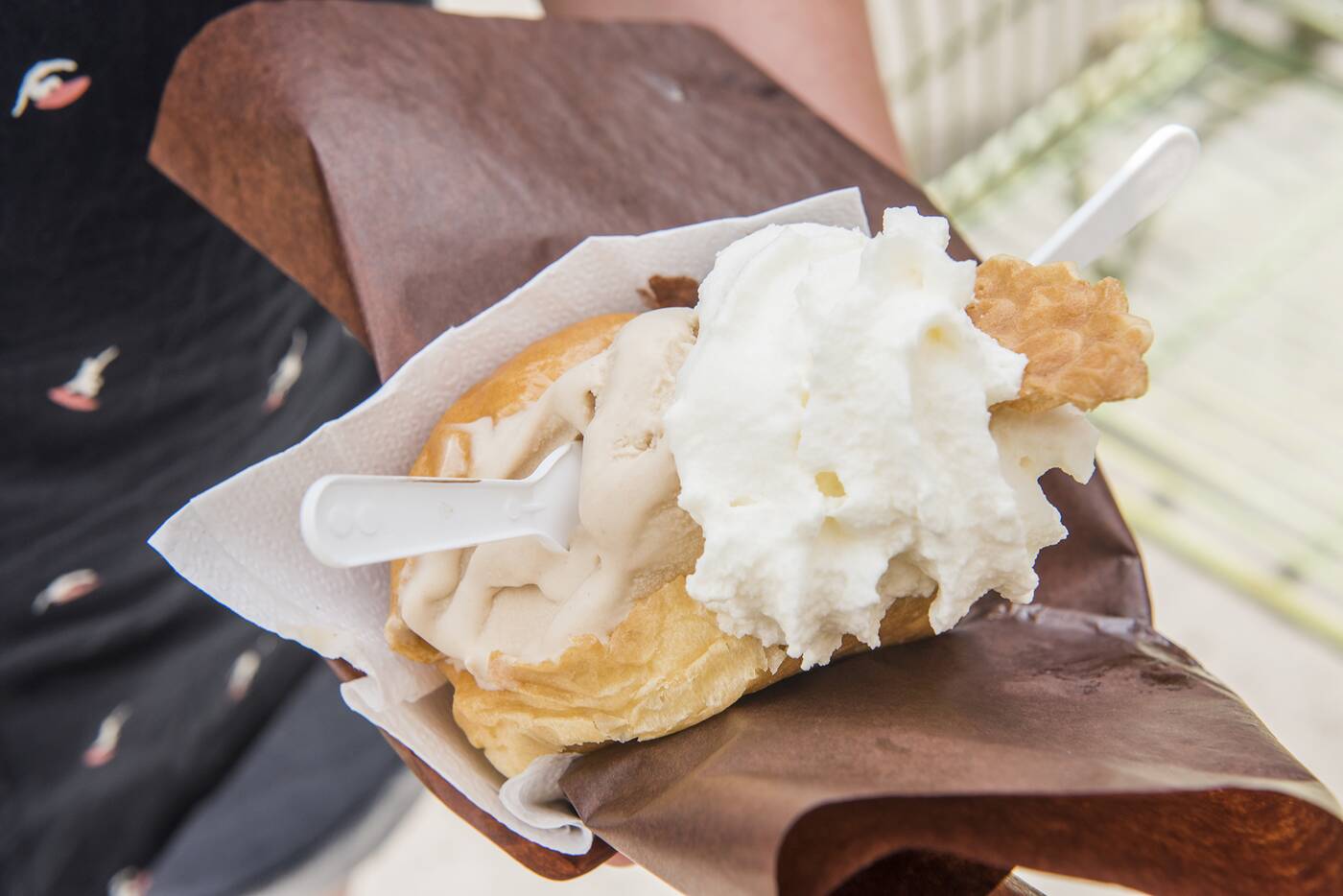 The bread is soft and fluffy with a distinct sweetness. Hazelnut and chocolate gelato are topped with a puff of whipped cream also made at Nodo’s central kitchen like the brioche and other homemade products. 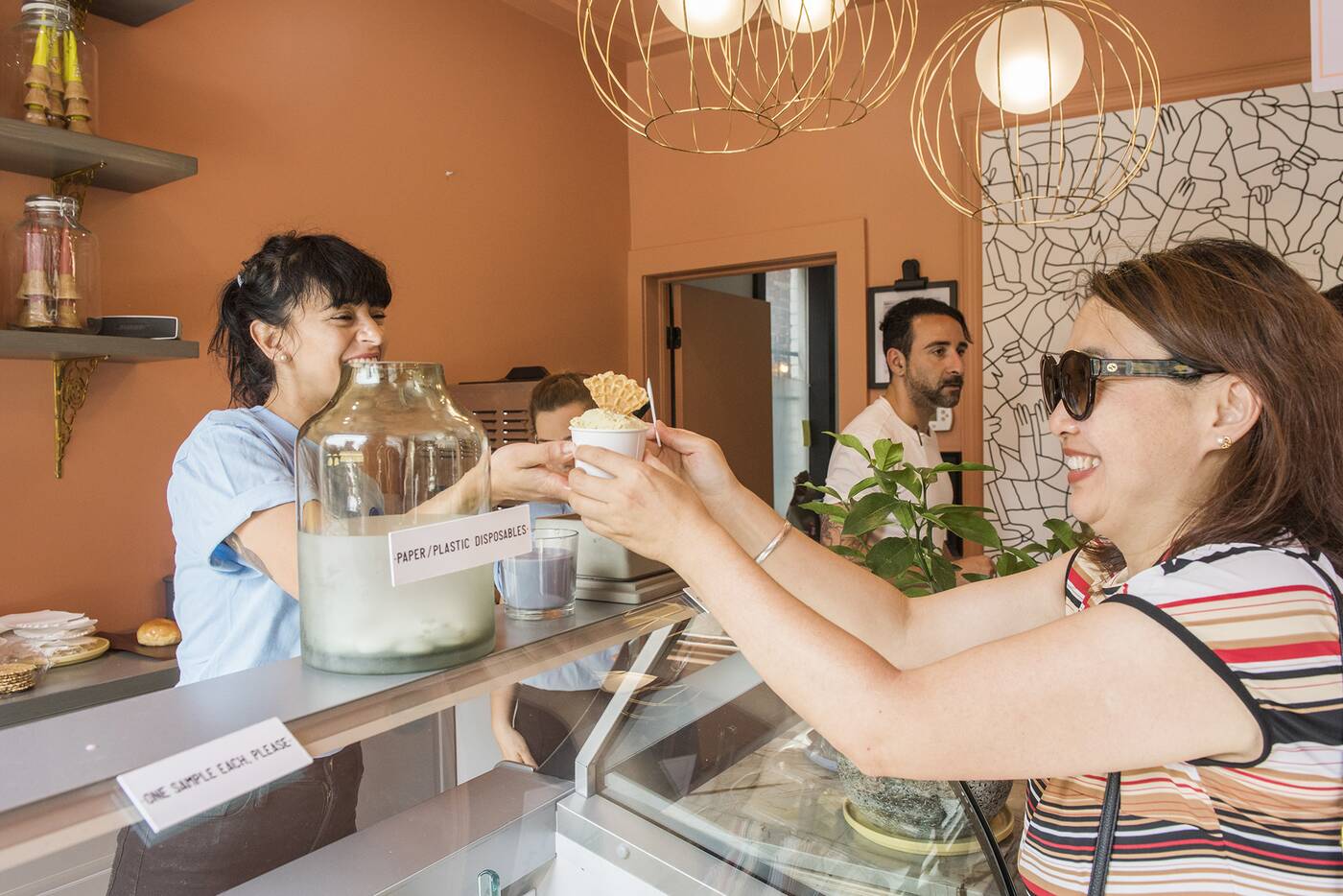 Gelato is all made by Nodo pastry chefs, the concept spearheaded by Jessika Menezes and Cinzia Incorvaia. 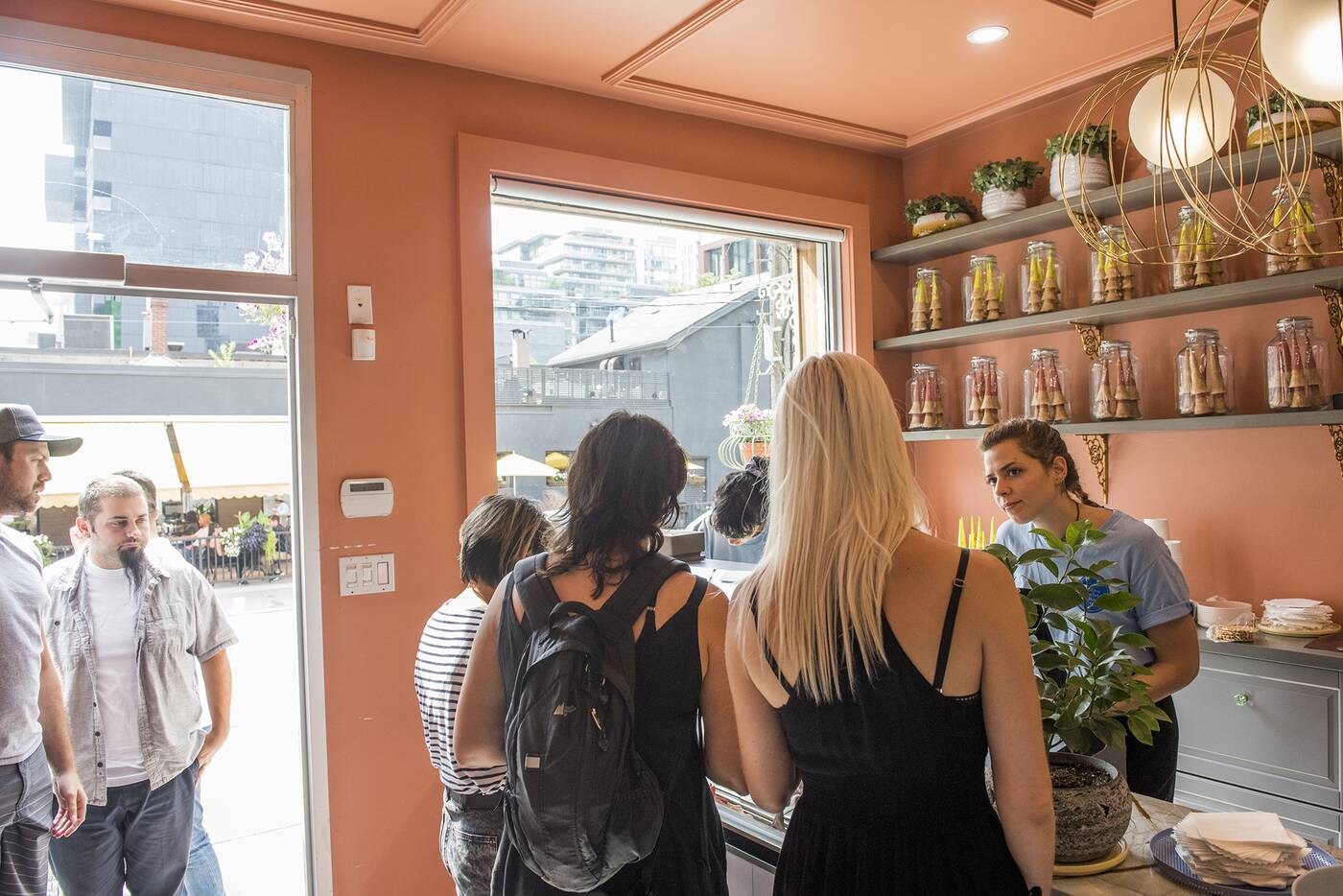 It’s debit or cash only, so come prepared. Though it may not be one of Toronto’s oldest or largest gelato shops, this spot already has a reputation that draws lineups out the door. 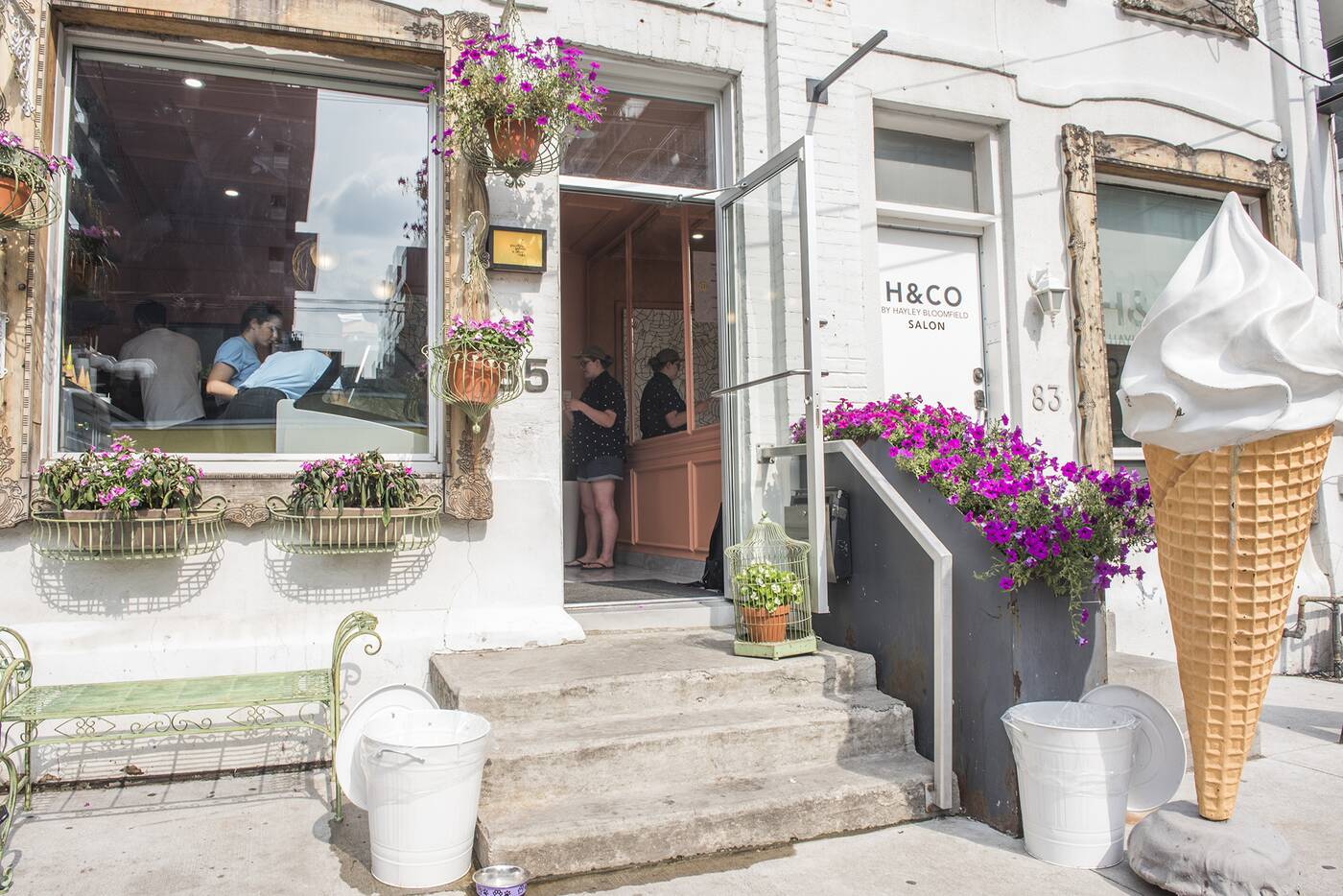