The Peasant Table offers updated, modernized versions of hearty, homestyle Italian fare with German and Eastern European influences. Formerly Table 17 , the Riverside restaurant consists of a rustic-chic bar area, a mirror-filled inner dining room, a back patio and private dining upstairs with its own small kitchen, bar and bathrooms. 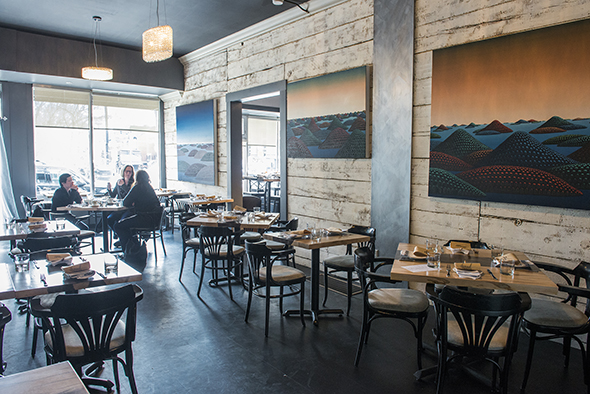 Owner Boris Babic, originally from Serbia, has worked as a chef and restaurateur for over 20 years, including at Michael's on Simcoe and Autostrada . He lives in the neighbourhood and wanted to serve up something a little different here. 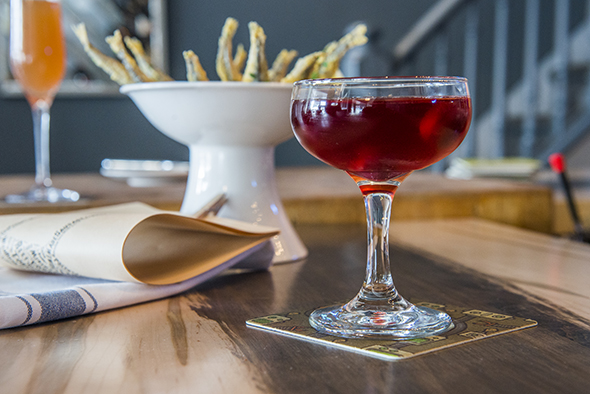 Alcohol-wise, the wine list mainly focuses on Italian with a few other origins thrown in for good measure ($8-$15/glass, $25-$149/bottle). Four of six beers on tap ($7/400ml) are Canadian craft brews (Mill Street, Beau's) while the other two are Bavarian (Paulaner). A variety of bottles and cans are also available ($6-$12). 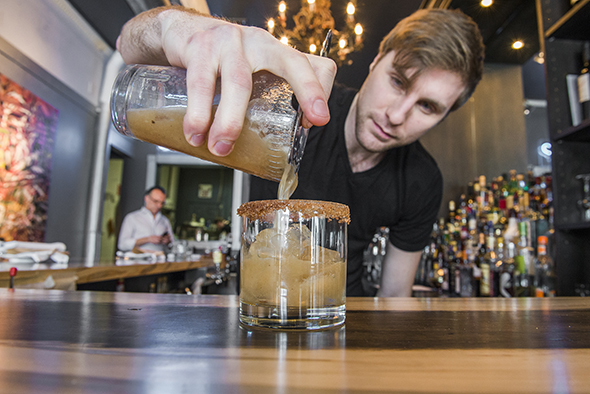 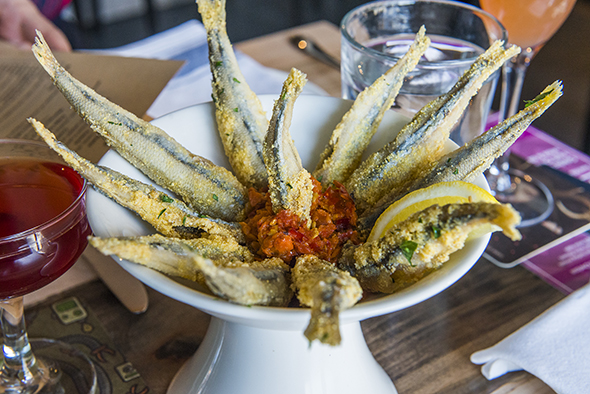 Bar snacks include addictive Sperlani ($8), which are crispy sea smelts accompanied by a wedge of lemon and a house-made spicy bomba that has a strong kick, getting spicier the more you eat it. 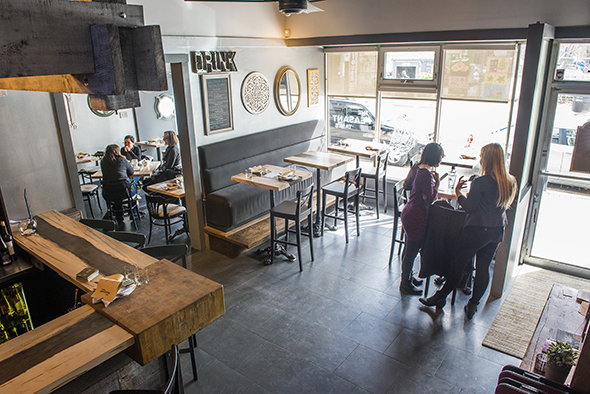 Menus for brunch, lunch and dinner change with the seasons, and a special effort is made to have options for vegetarians and vegans - particularly important for this part of town. Since my friend and I are neither, we go for the meat. 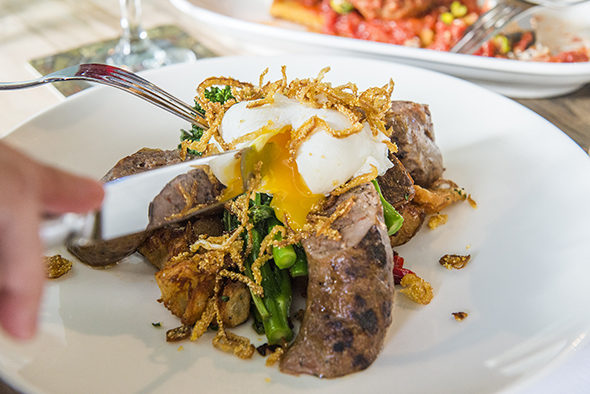 I try the Agnello ($17), one of The Peasant Table's brunch signatures. It consists of house-made lamb sausage, smashed potato and sauteed rapini topped with a poached free-range egg and crispy fried onion. The sausage has that distinct flavour of lamb, which goes well with all the other elements on the plate. It's definitely a hearty, satisfying dish. 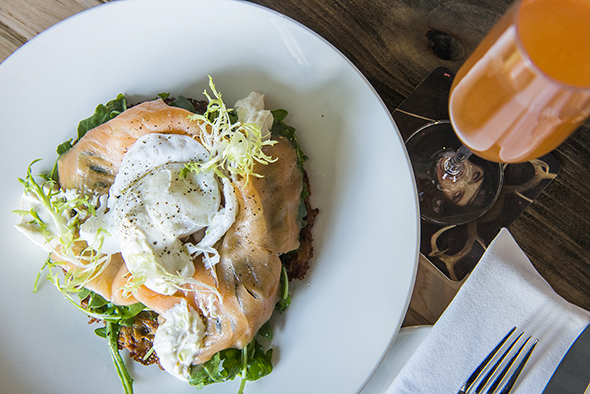 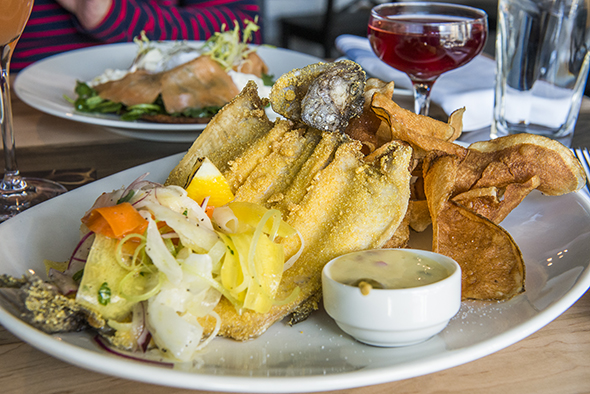 For lunch and dinner, there is an unconventional take on fish and chips ($19), which arrives as a whole butterflied and deboned rainbow trout (yes, served with head and all) that uses the same cornmeal-and-flour batter as the Sperlani to create a light and super crisp crust that's less oily than the usual fish and chip batter.

Actual house-made potato chips take the place of fries, and duck egg tartare and a fennel and heirloom carrot slaw complete the main. 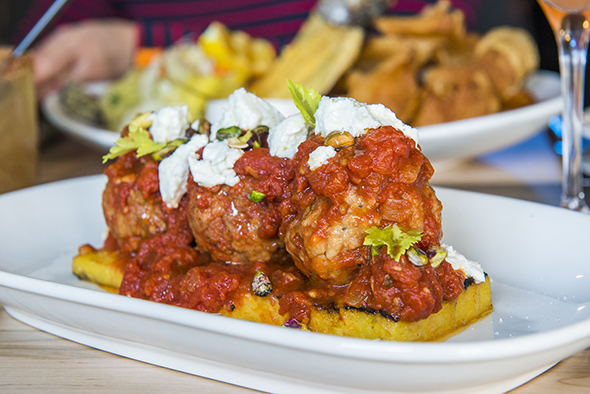 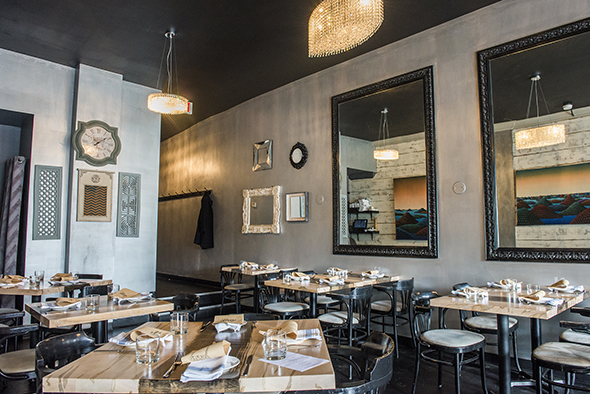 With weekly specials on drinks almost every day plus a daily happy hour and some tasty food, this makes for a staple brunch and dinner option in the neighbourhood. 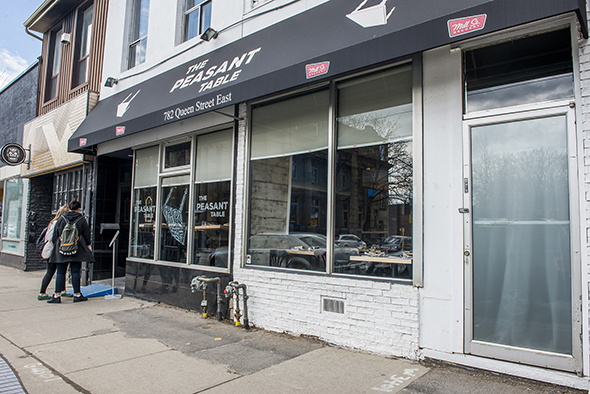