Parcae is the newest resident at the Templar Hotel taking over the former Monk Kitchen, a sub level dining room hidden in the basement of this secretive boutique hotel.

The concierge will wave you into the cocktail lounge behind him, and from there it's down a set of steps and into the dimly lit dining room.

I'm still at a bit of a loss on how to pronounce this place. Parquet , as I had assumed, is definitely wrong. The barmen are going with pahr-sé - but being named for the three mythological fates of Rome, pahr-see , or pahr-kahy is likely more accurate. 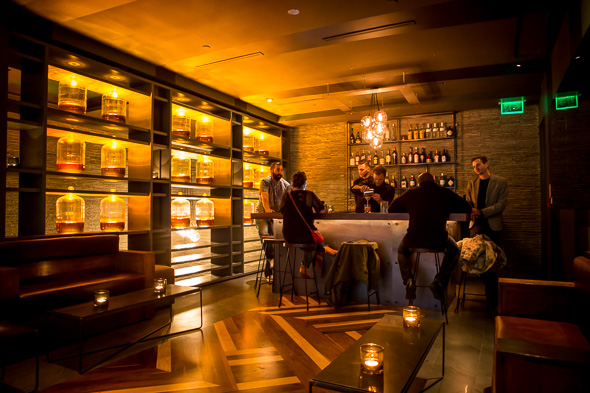 The decor is only a modest update on the previous incarnation, though the vibe is more sultry. The new backlit artwork looks like negatives of American Apparel ads. 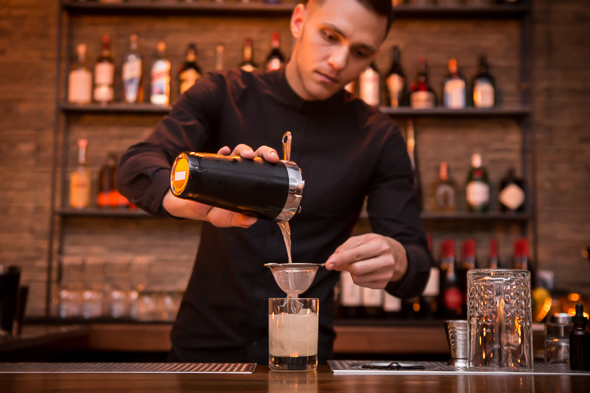 Cocktails channel the classics with a dash of thoughtfully applied molecular gastronomy. The Illuminati, for instance, is like a sage gimlet sipped through a layer of thick lavender foam. 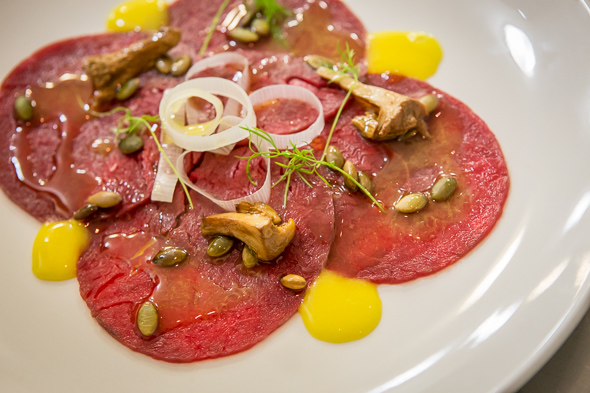 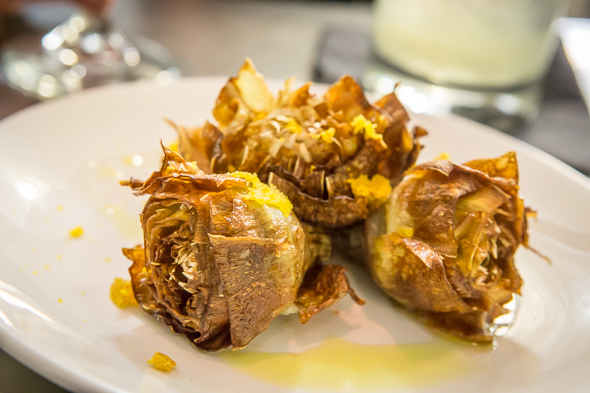 Then there's deep fried artichokes ($8) like they do in Rome in the Jewish district, only these are much more meticulously prepared, skillfully trimmed so that all the hard-to-eat bits are mercifully absent. They're doused in lemon juice and olive oil and finished with red mullet bottarga which gives them a salty, slightly briney umami-filled finish. 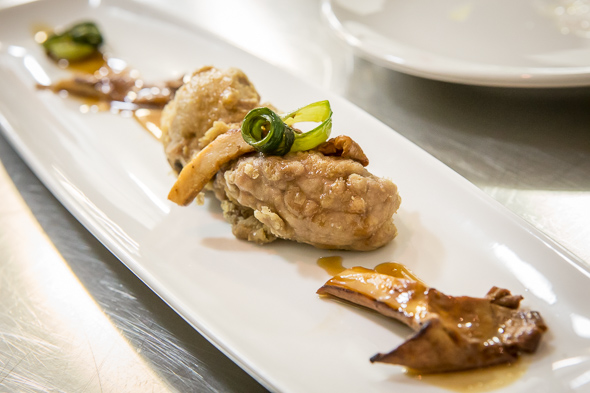 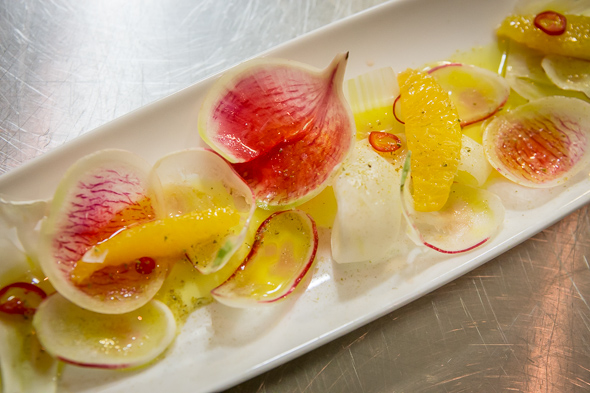 The three radish salad ($8) composed of finely shaved radishes and fennel is dressed in sharp red wine vinegar finished with rings of hot pepper rings and dusted with fennel pollen. It's not so much a starter salad but rather a palette cleanser between rich courses. 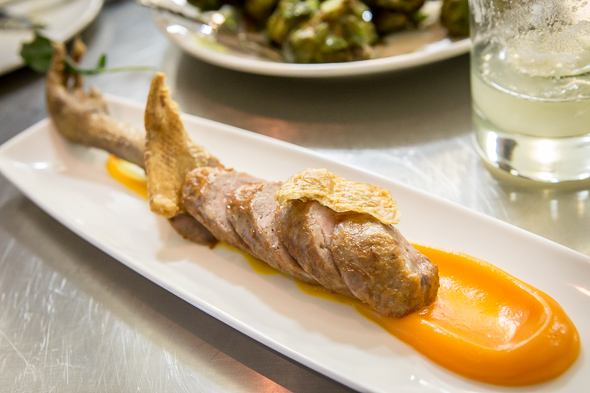 The H.K. chicken leg ($14) over butternut squash purée isn't exactly the poultry dish one might expect but rather warmly-spiced sausage encased in a chicken leg, foot intact. The crispy chicken skin in lieu of sausage casing is an easy to love upgrade. 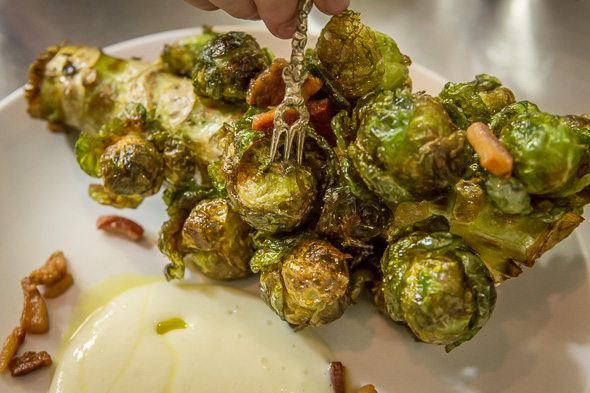 Brussels sprouts served on the stalk ($12) are delightful in the same way whole heads of cauliflower were when first introduced. These are a fun shareable presentation for a surprisingly hearty veg dish paired with guanciale and laid over a creamy, lemony mustard emulsion. A pair of scissors might be a wise addition, lest I send one of these little orbs flying across the room. 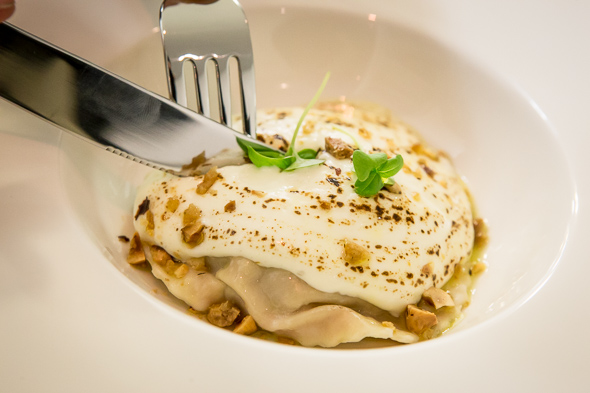 Finally, I try the duck ravioli ($12), a pasta pillow filled with shredded duck with tomato blanketed with torched, toasty flavoured mascarpone and sprinkled with hazelnuts. 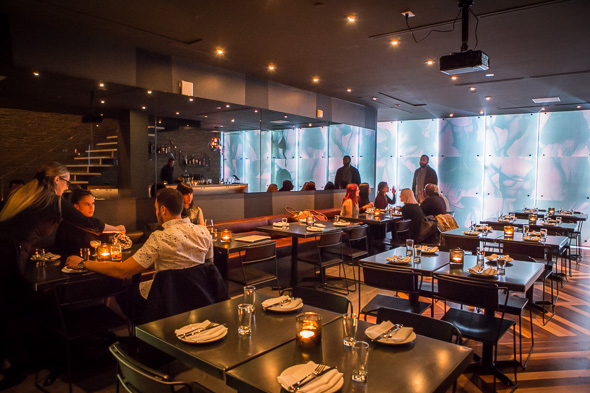 A tasting menu hosted right in the kitchen is set to launch in the coming months, but for now I'd recommend sharing a collection of dishes at the table in order to taste as much as possible. 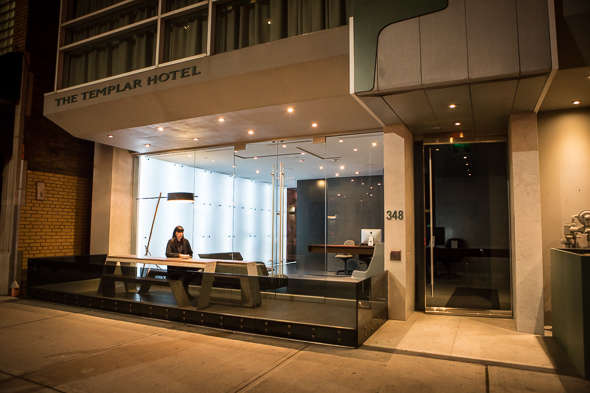