Papamio's serves up some of the best Italian sandwiches in Toronto. They're known for their eggplant and veal sandwich that come piled high with toppings free-of-charge. 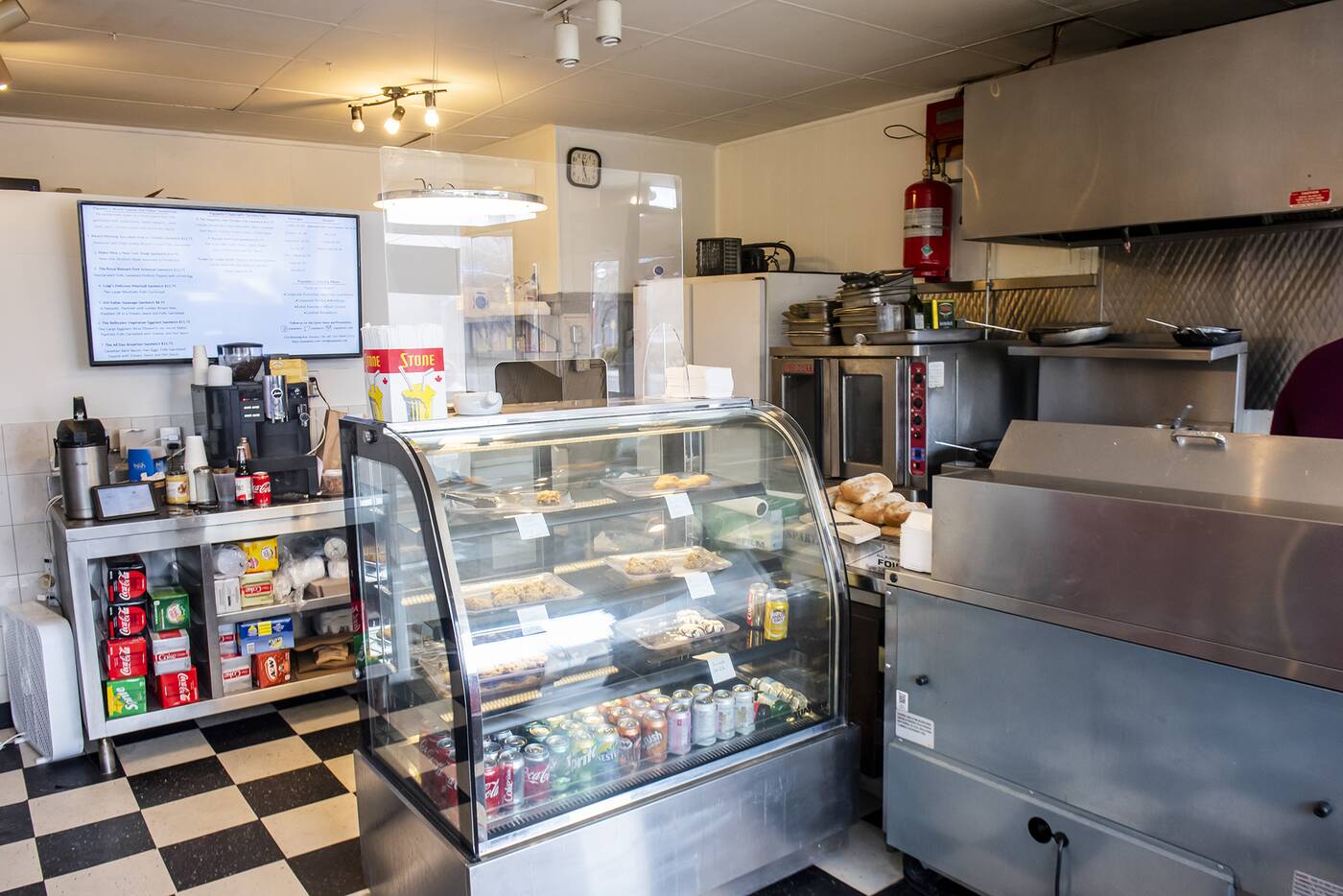 Sitting on the corner of Manning and Dupont, the small, no-frills establishment may not look like much when you step foot inside on its checkered tile floor, but that's usually a good giveaway that the food is top-notch. 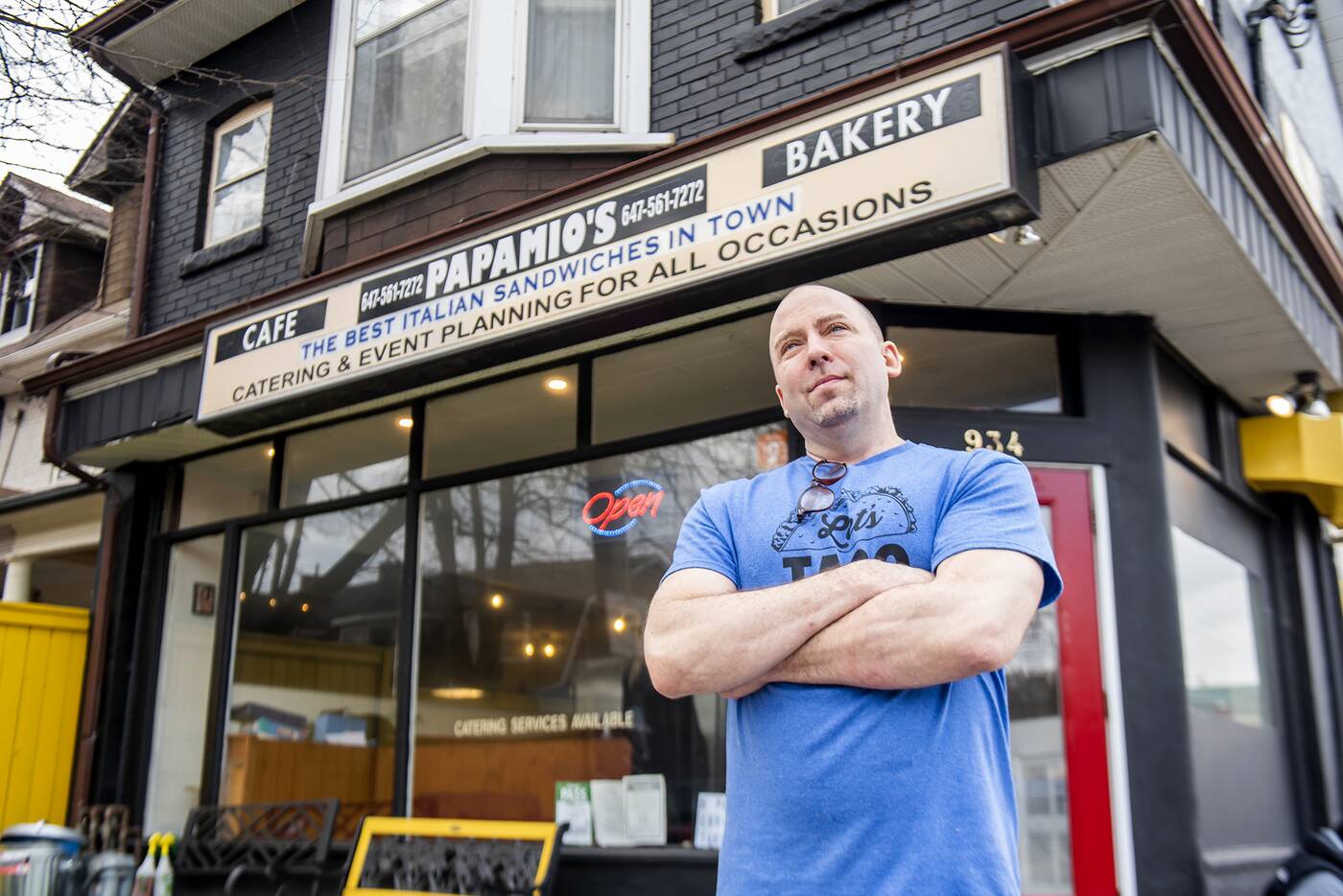 The spot is owned by Marcus Burt and his father, who both live upstairs. His dad has opened a number of different establishments around the city over the last 50 years, so Burt is no stranger to the food industry.

He decided it was about time for a career change after working as an ESL teacher for a few decades. And the corner sandwich shop seemed like the right switch. 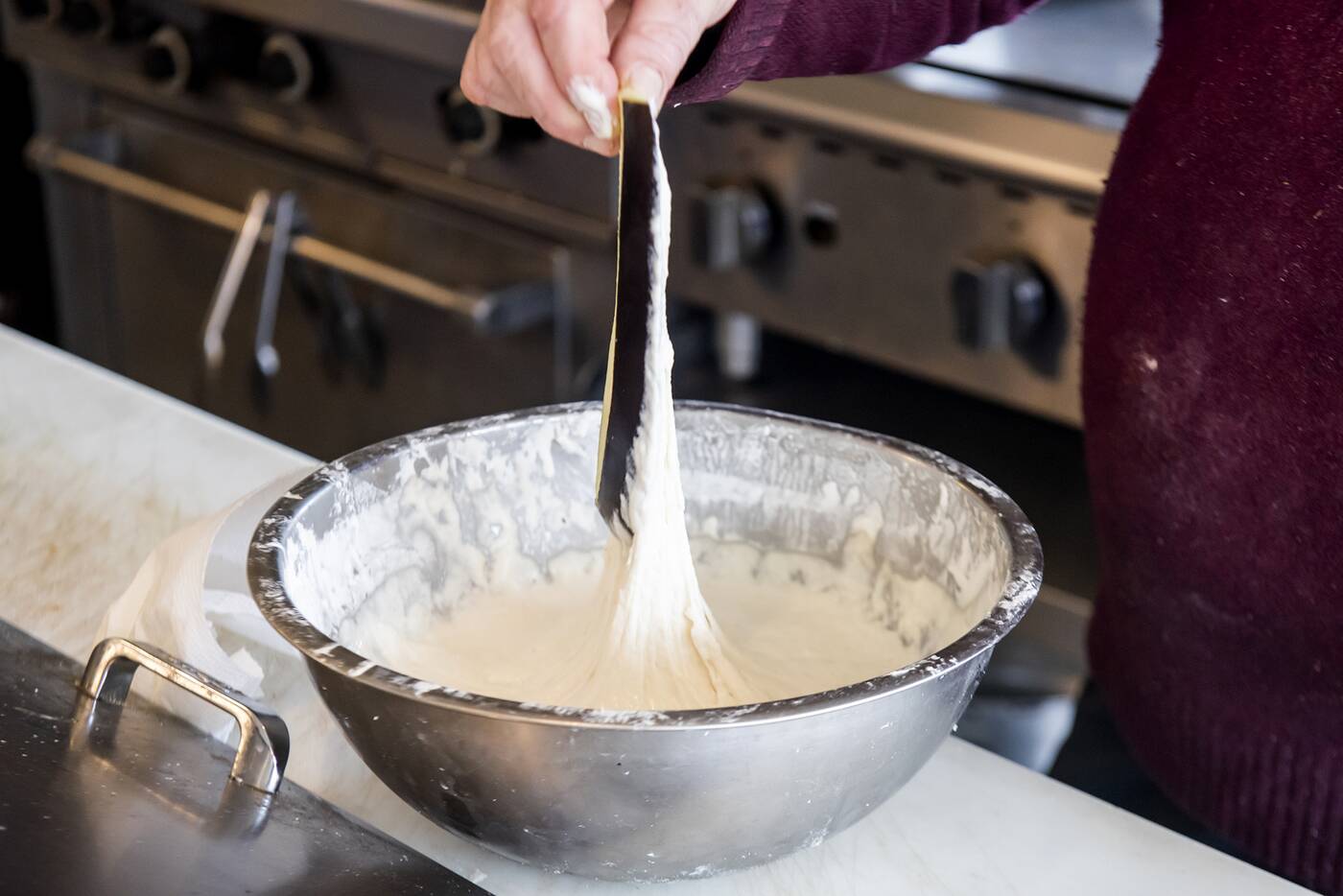 All of the sandwiches, which never ring in at much more than $10, are prepared fresh behind the counter, where you can see each step of it coming together.

This includes the Bellissimo Vegetarian Eggplant Sandwich ($11.75), for which two large slabs of eggplant are dipped in a light batter and pan-fried before your eyes. 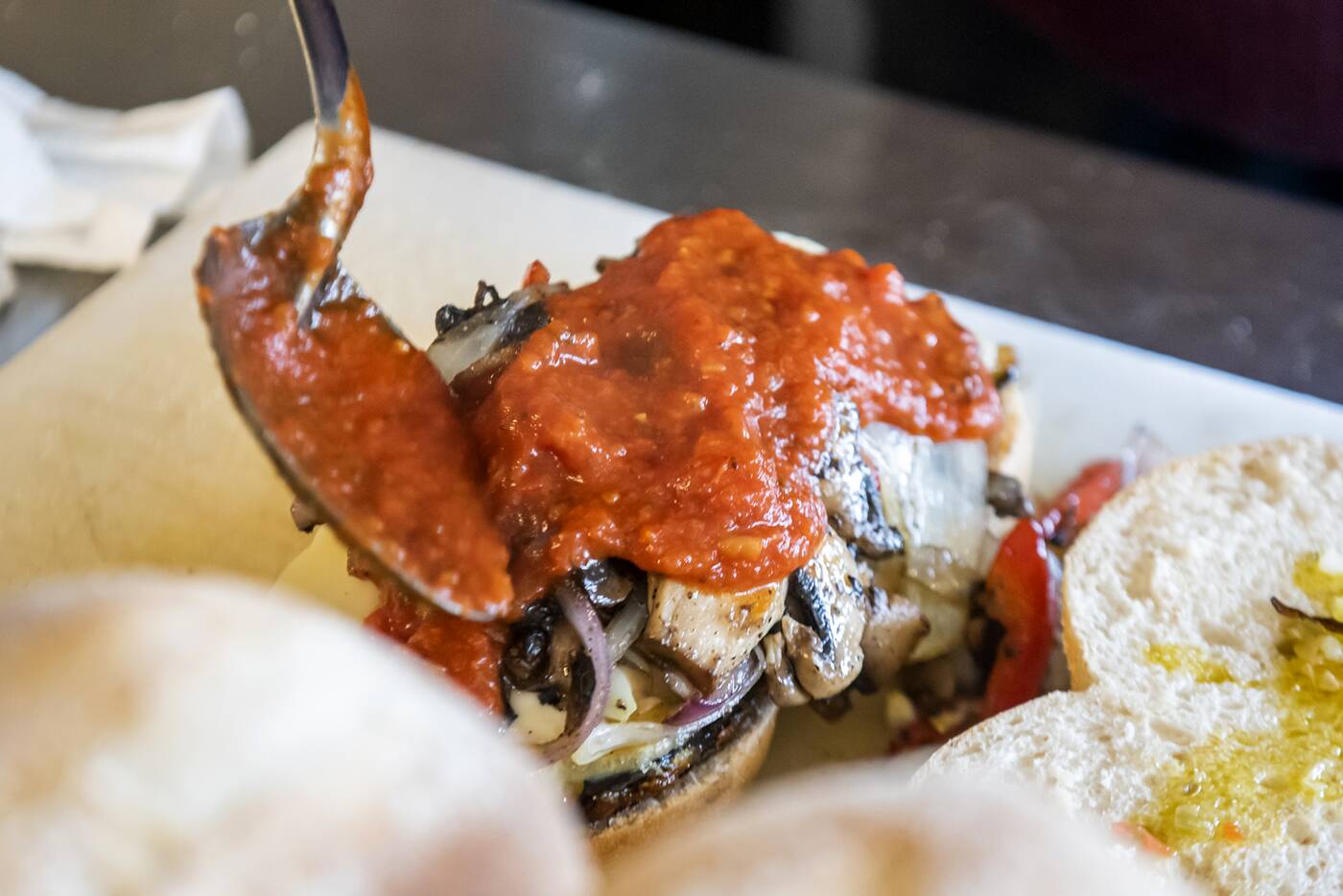 Each sandwich comes piled with a generous amount of mushroom, caramelized red onion and sweet peppers that are also prepared on the grill, with homemade basil pesto, tomato sauce and hot sauce over top. 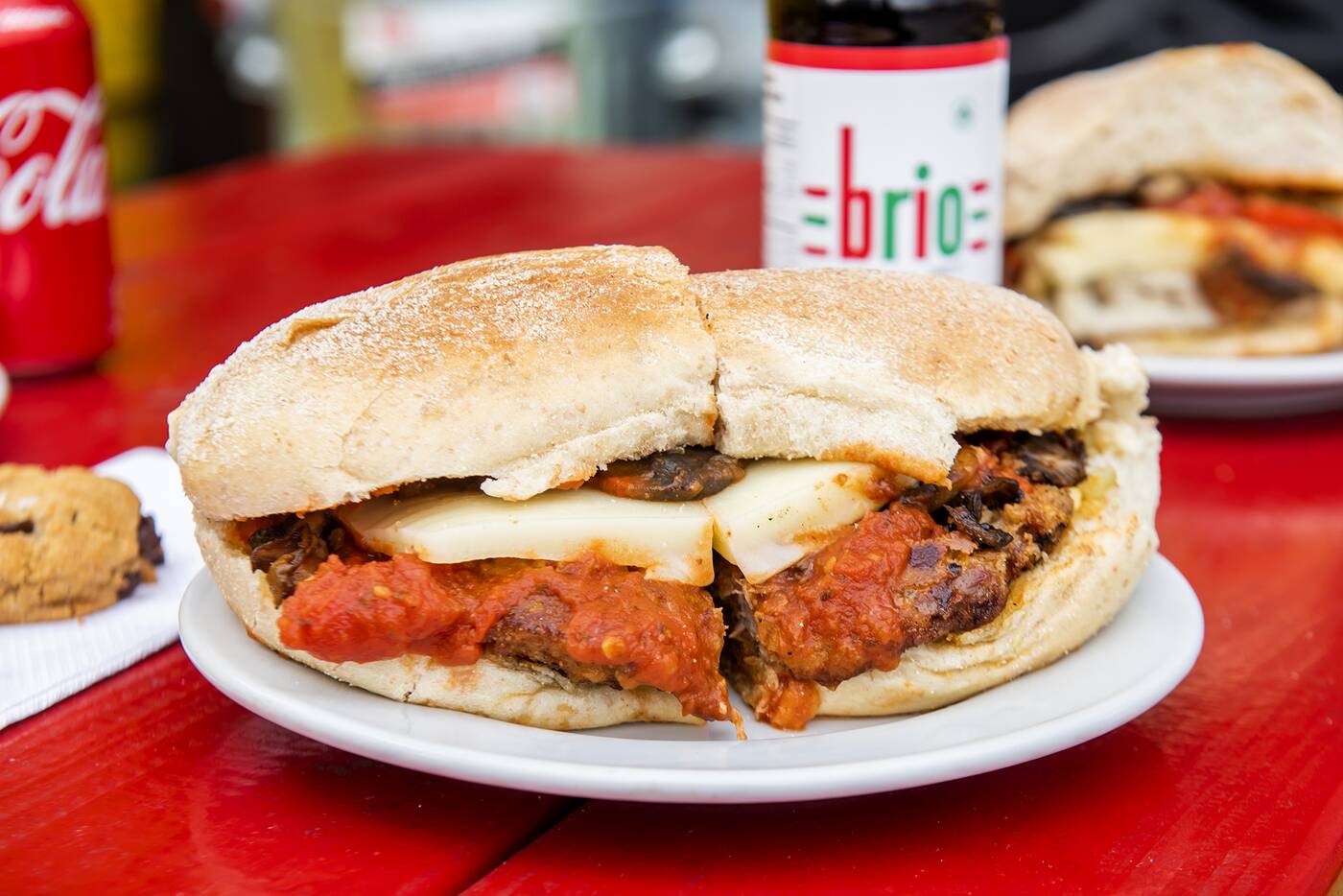 The only topping you'll have to pay extra for is cheese, which seems fair since they don't shy away from cutting thick slices for their customers ($1.50 extra). 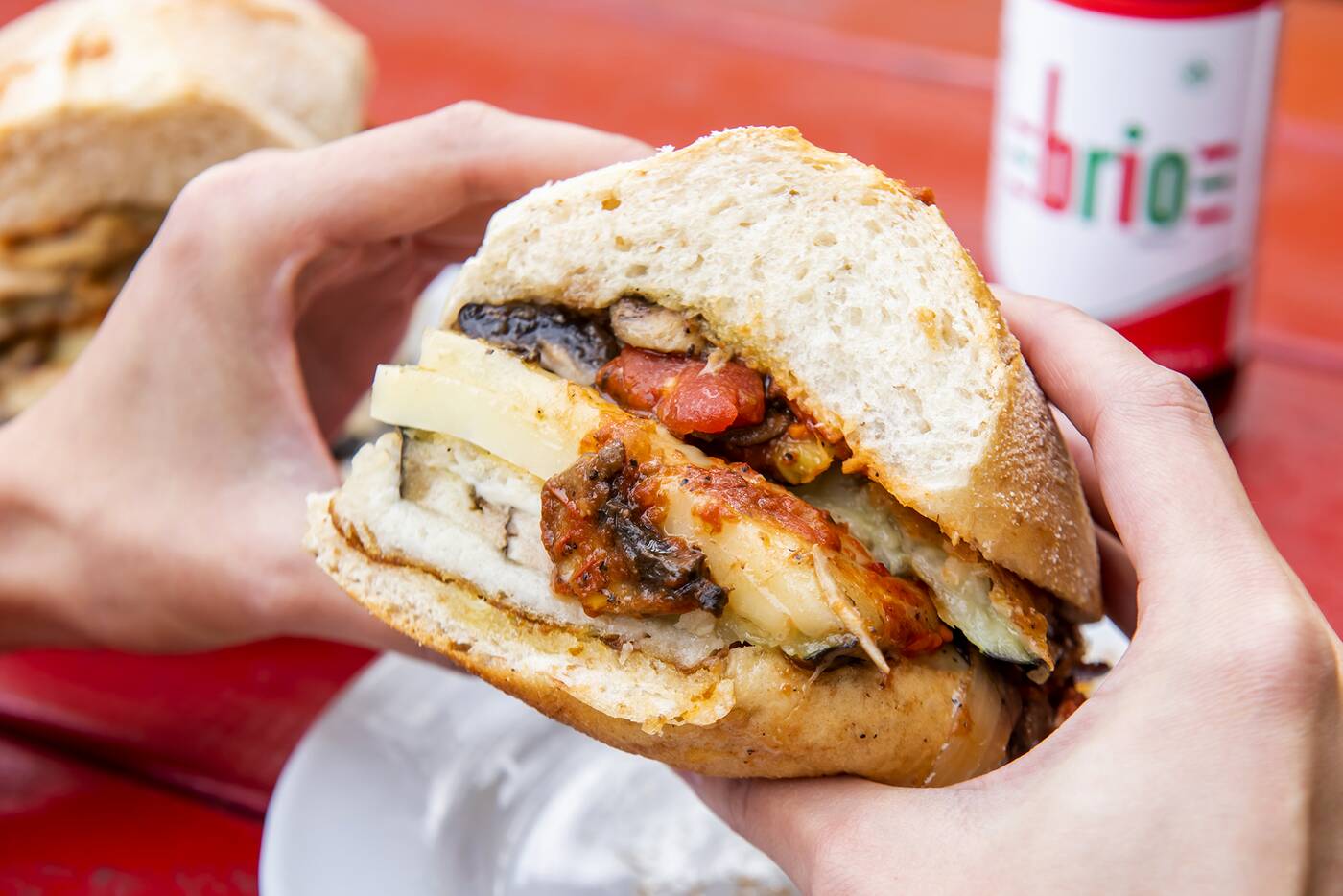 The Eggplant is one of their most popular sandwiches, providing a lighter, vegetarian option to the menu. The eggplant is nicely grilled, with the outside batter offering some crunch along with the fresh, crusty bread it comes on.

Burt says good bread is the base of any legendary sandwich so they make sure to pay for the best bread they can get. Where exactly this bread comes from remains a tight-lipped Papamio's secret. 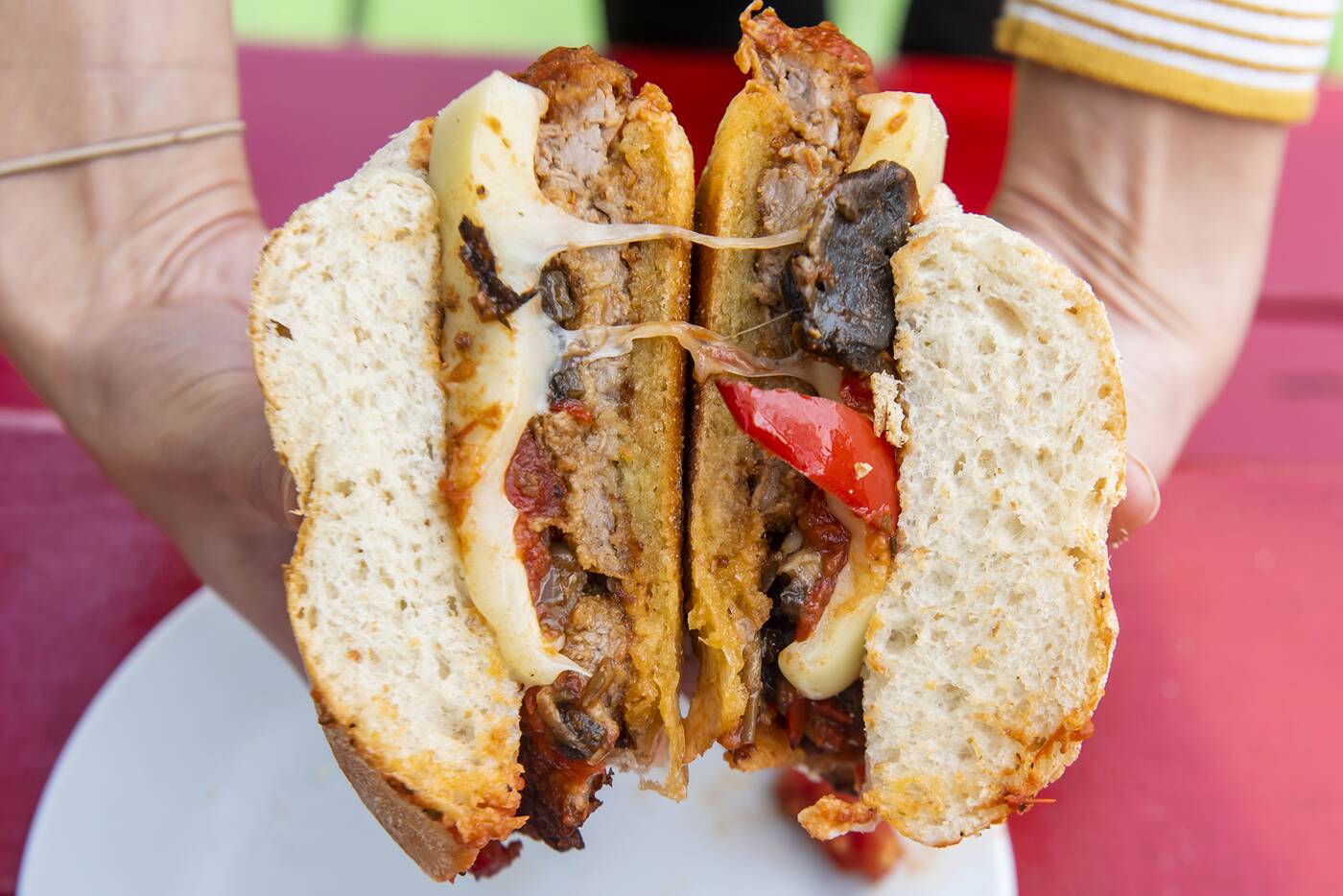 Another one of the well-loved options is the Award-Winning Veal Sandwich ($11.75), which Burt says has earned its honorary title from his mother. The veal is a best-seller with many returning customers never straying from this flavourful and tender option. 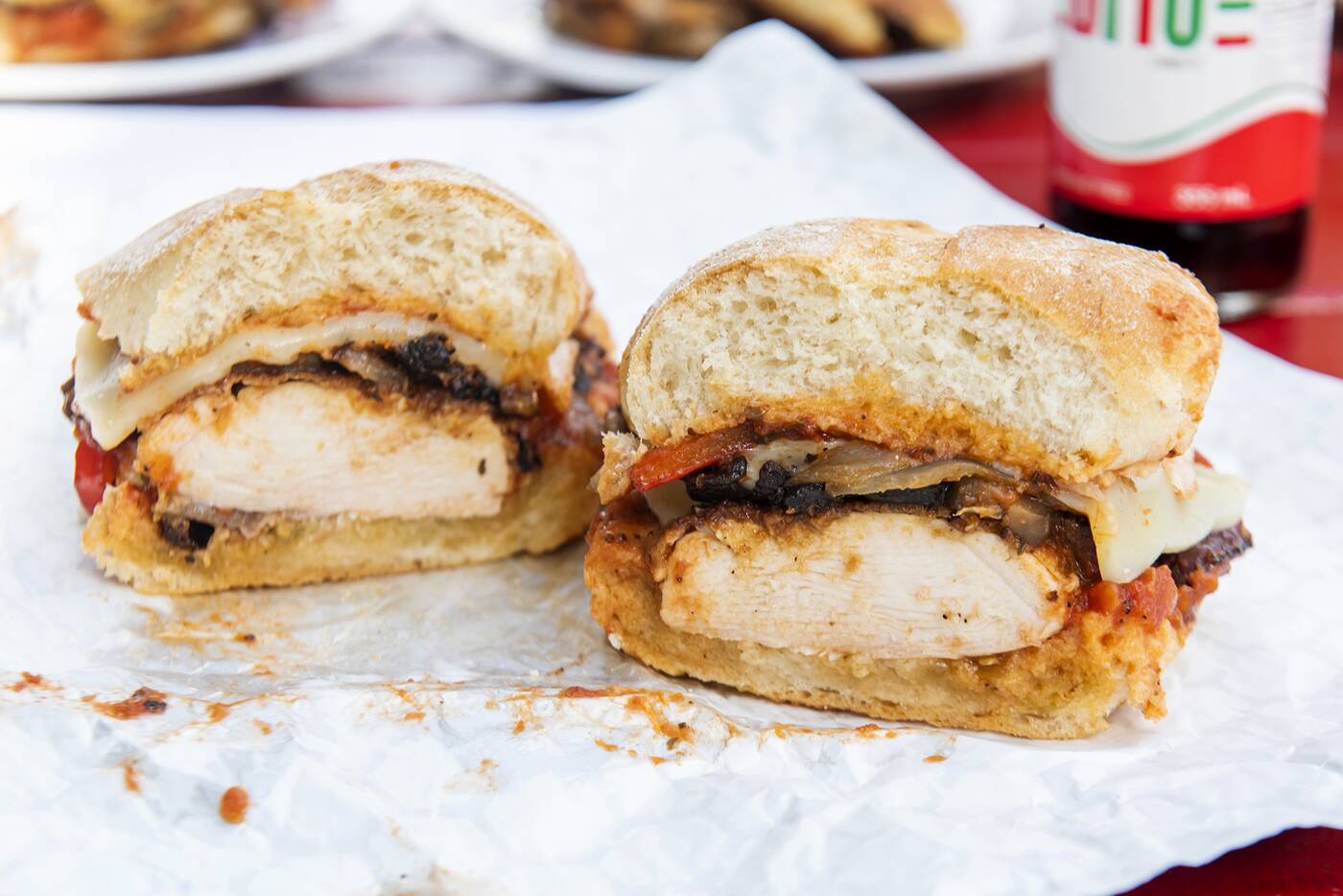 You can also get the sandwich with chicken instead if you'd prefer. A massive slab of chicken breast nicely fills out the sandwich. 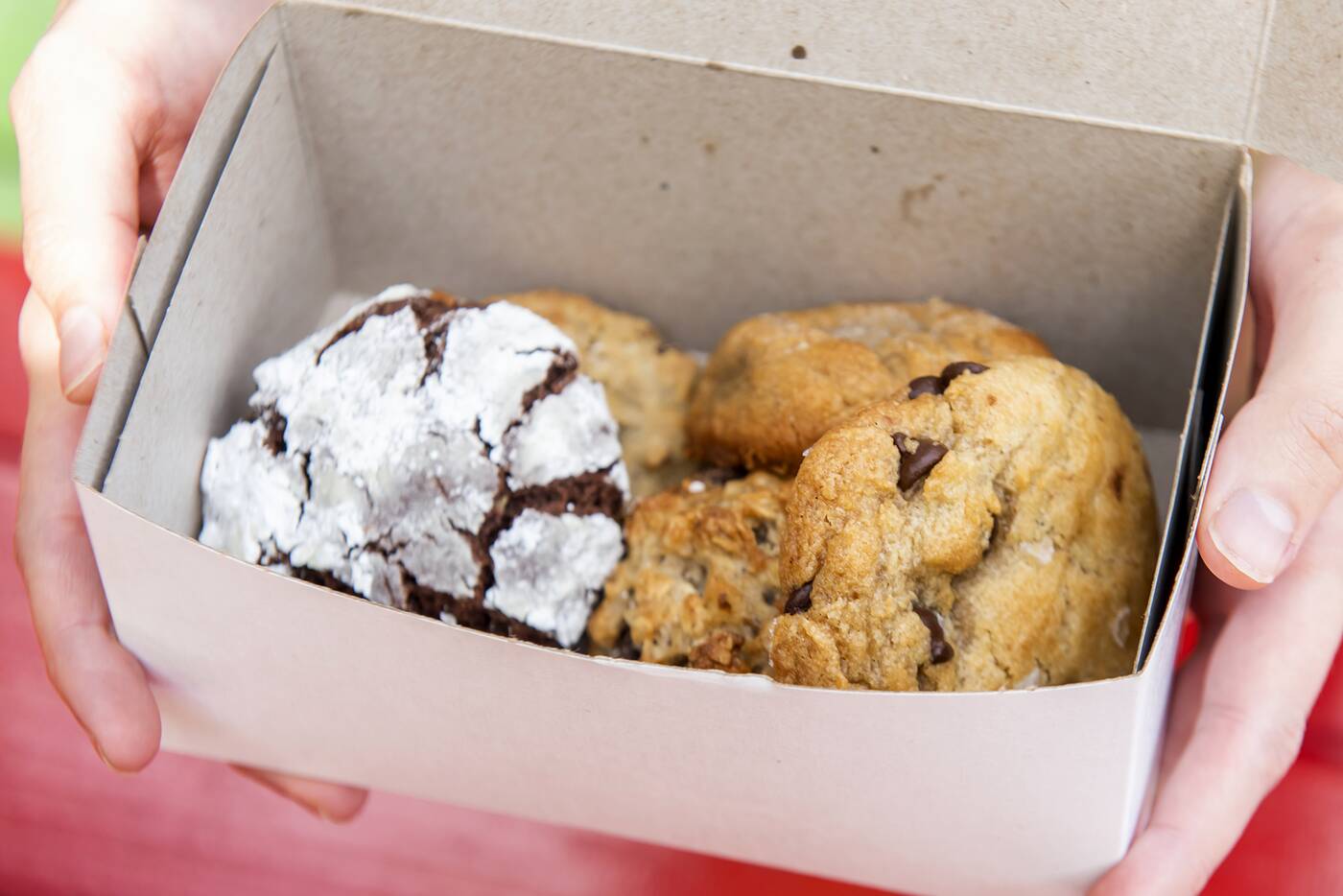 Although the sandwiches are what get all the hype, the baked goods shouldn't be glossed over. Burt, having studied the trade at George Brown, is quite the baker and prepares a selection of homemade cookies ($1.50 each). 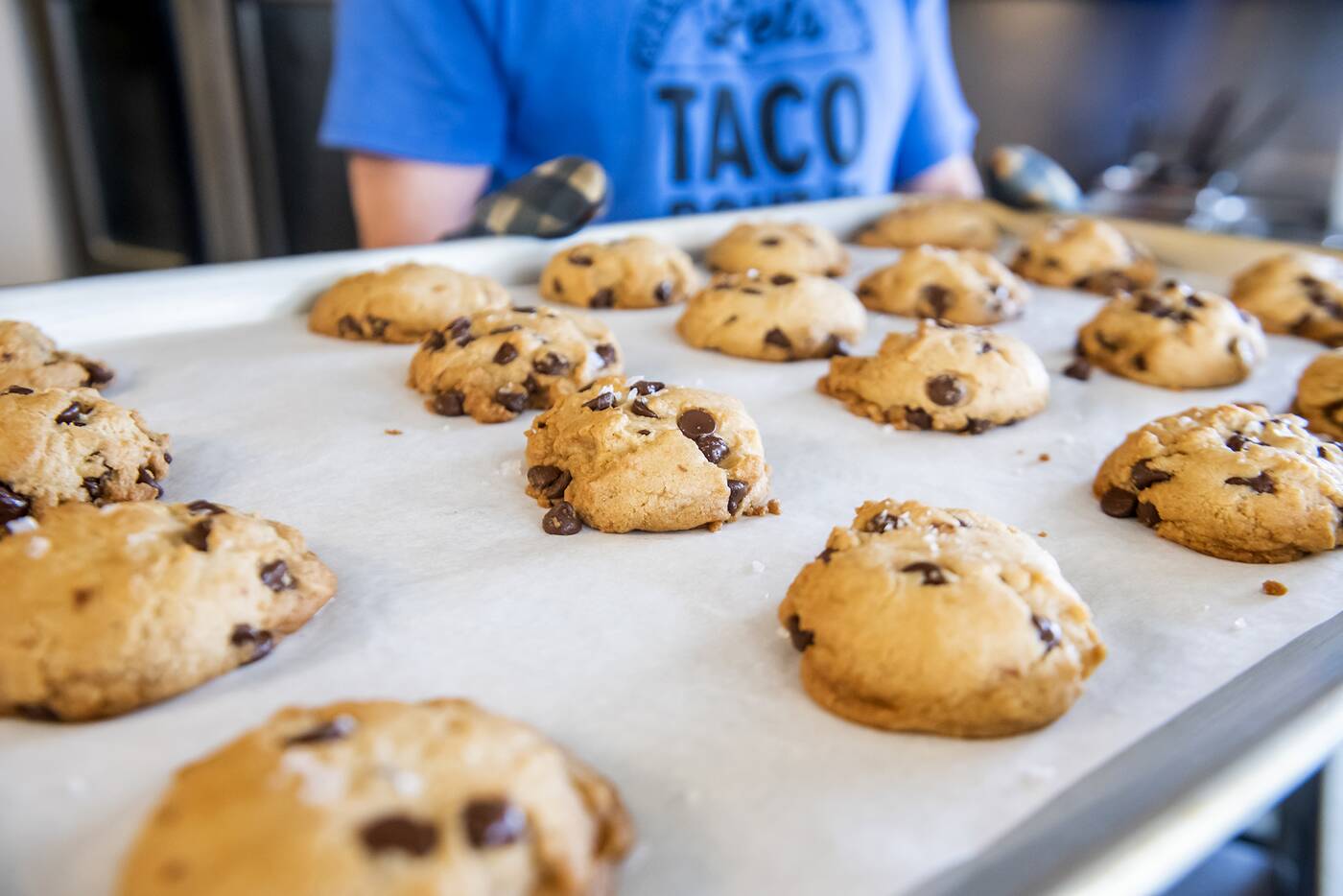 A batch of Salted Chocolate Chip cookies is pulled out of the oven when we're there. Perfectly chewy and featuring flakes of salt on top, you wouldn't be able to tell that they're vegan.

Preparing massive, fresh sandwiches at a competitive price, Papamio's is gaining a reputation for being one of the sandwich shops to beat in Toronto. 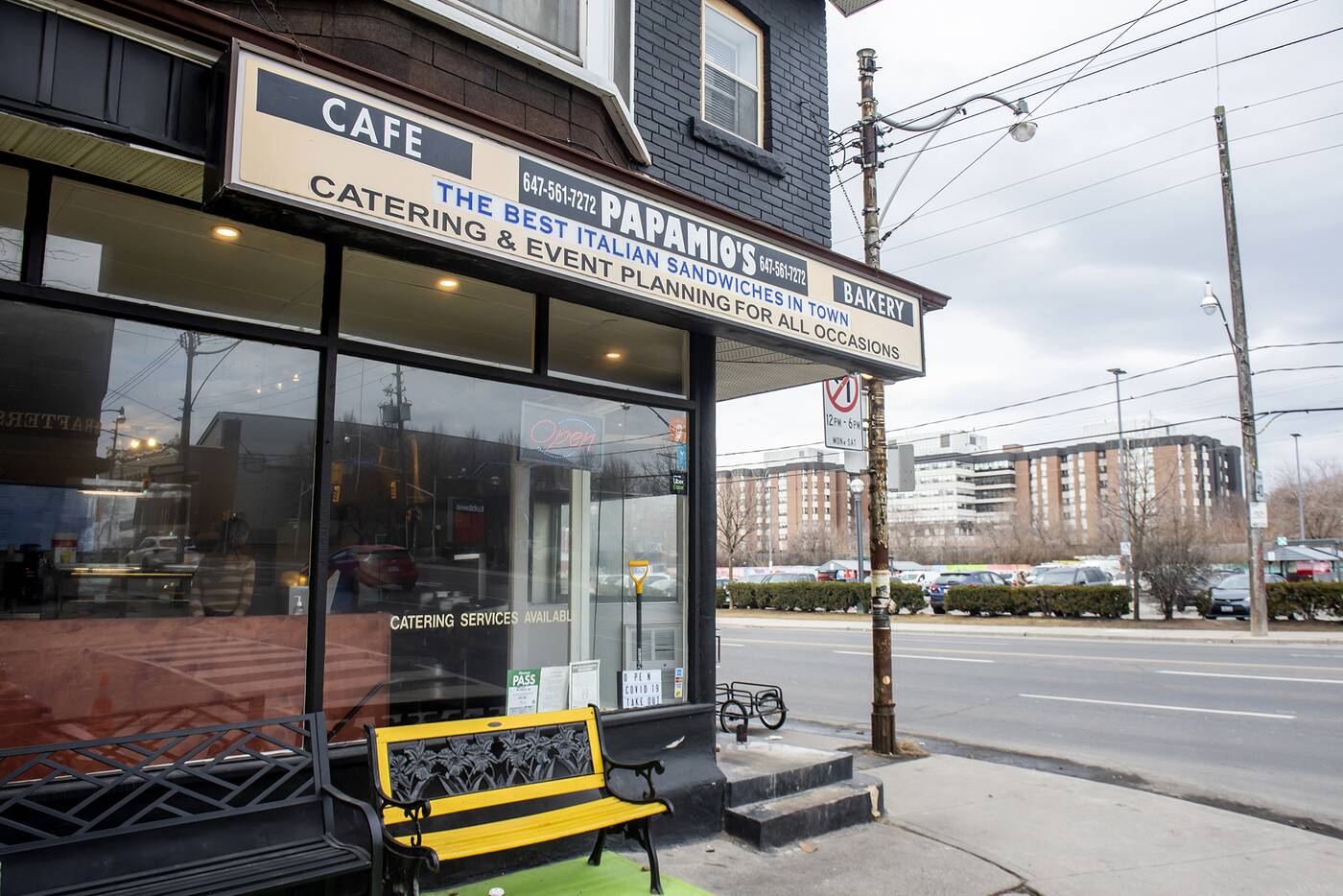