Olympic 76 Pizza is not new to Toronto. This restaurant and pizzeria opened in - you guessed it - 1976, the same year Canada last hosted the summer Olympics. With a large patio on Gloucester Street (at Yonge), Olympic 76 is, perhaps not coincidentally, built for summer eating.

My visit occurs during Pride Week . Despite the revelry in the air, we don't find a party atmosphere here. Olympic 76 is one of the older kids on the block, comfortable and set in its ways, without any clear desire to be part of the younger or hipper crowd. 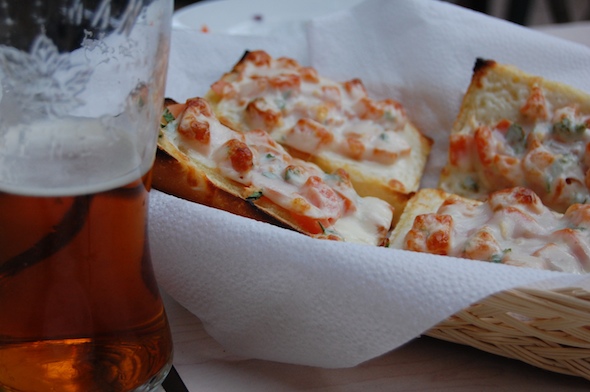 My friend and I arrive after work on a Tuesday, eager for a happy hour drink. I'm not too picky with post-work drink options, but if you are, you may want to patio elsewher - Olympic 76 has only 3 beers on tap, all varieties of Sleeman. To prevent the drinks from going straight to our heads, we also order Bruschetta with Cheese ($4.95). This appetizer decently combines cheese, tomato and herbs, but is unoriginal, and slightly burnt on the edges. 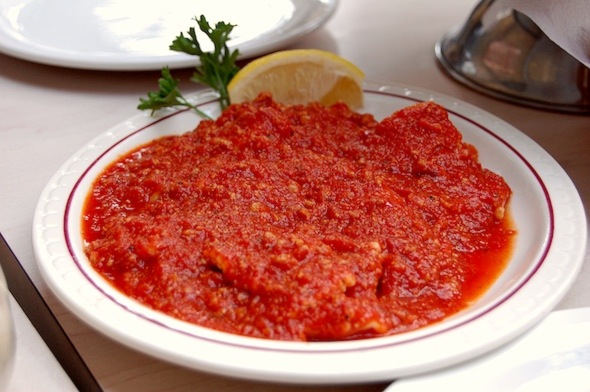 For the main meals, we order a pasta dish, the Ravioli, and an Ultimate Chicken pizza, topped with chicken, green peppers, mushrooms, mozzarella and goat cheese. The Ultimate Chicken is one of several "House Specialty" pizzas at Olympic 76; the other options are take-out standards such as Deluxe, Hawaiian, Meat Lovers, Canadian and Vegetarian. 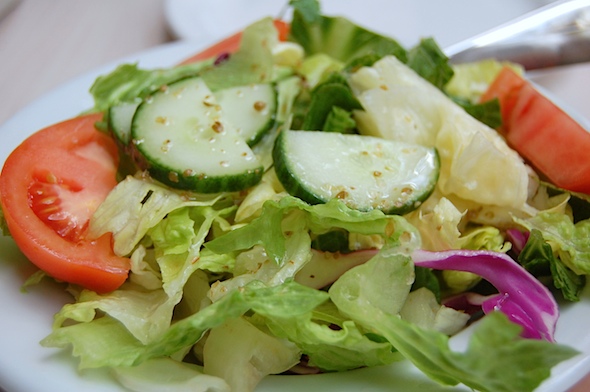 Included with the Ravioli is a Chef Salad, which is relatively plain with a simple Italian dressing - nothing special. The Ravioli ($10.25) is served on a plate with a high lip - necessary to contain the sheer volume of sauce. The meat sauce has a hint of spice, and the ravioli is soft without being overcooked, but the dish is disappointingly simple - just plain stuffed pasta and (lots of) sauce. 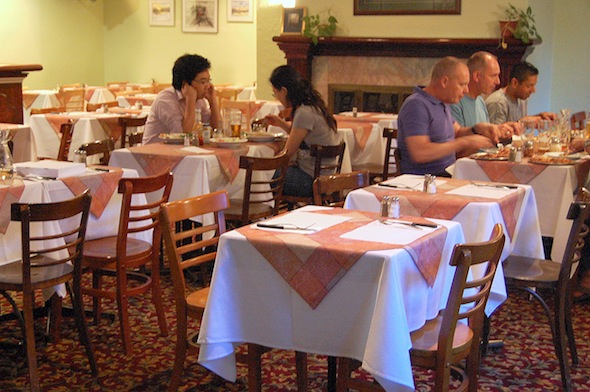 Now I see Olympic 76's interior, a somewhat stuffy dining room with outdated decor. The pizza itself is the highlight of our meal, although it's no authentic Italian thin-crust. It looks and tastes like North American-style take-out, dressed-up with the chicken and goat cheese. 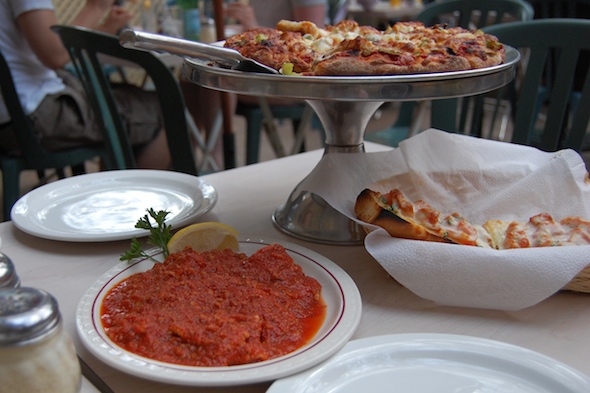 The bill comes to $63.25, which includes our two dishes, the Bruschetta, one pint of beer and a half-litre of wine. It's dark outside when we leave, and the patios nearby are hopping with Pride revelers. In that moment, I can't help but think that Olympic 76 Pizza is akin to Montreal's "Big O" Olympic Stadium - still standing, but not really relevant, a relic of another time. Come for the pizza, stay for the patio, but take Olympic 76 for what it is: a simple pizzeria with standard North Americanized-Italian fare, its spirit as faded as the memory of Canada's last summer Olympics. 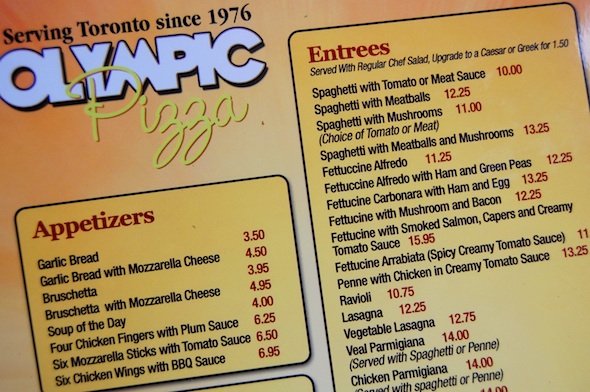 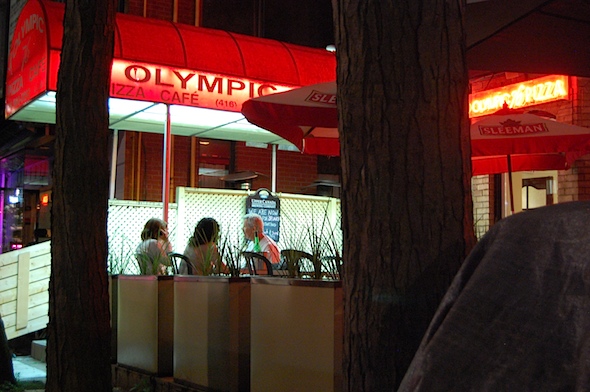