Old School is mash-up of all things Americana; diner style breakfasts, malt shop inspired desserts, and Southern style smokehouse fare are all in its wheelhouse. Taking over the former Dundas West address of Hudson Kitchen, it's the newest venture from chefs Brad Moore ( School ) and Ian Kaptain ( Alobar , Ryland Inn ) who intend to offer classic home-style fare around the clock.

Enter through the side door on Palmerston to order take-away and coffee, or shop baked goods, ice creams, smoked meats by the pound, and select pantry items. 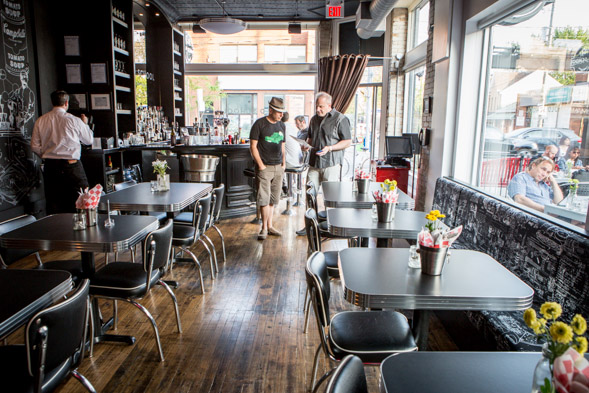 The entrance on Dundas leads directly into the sleek black and white diner where a semi-circular bar is positioned upfront and retro chrome tables and chairs upholstered in black vinyl populate the room. 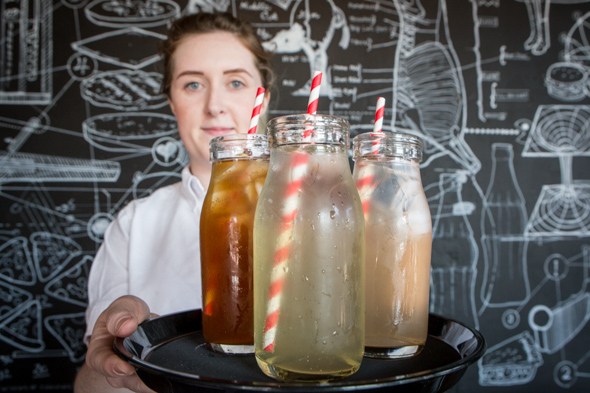 Central to the concept is a retro soda fountain theme. In addition to cocktails the bar dispenses all natural hand-stirred sodas made from Organic Fair Soda Syrups brought in from B.C. Flavours like lavender, kola and cherry cola are herbal and not especially sugary. "The idea is to taste soda as pharmacies intended them the taste" says Moore.

It's a common approach to everything on the menu. They don't bastardize dishes here, but rather aim to uphold their integrity, familiarity, and wholesomeness. 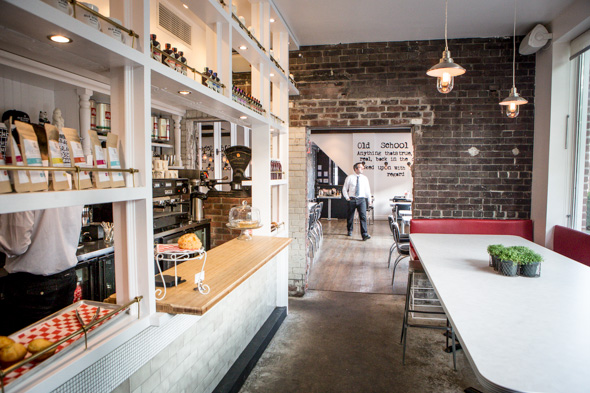 While this joint operates 24-hours a day, the one page menu lists a few caveats. The indulgent brunch items are served daily from 9am to 3pm daily, but only a paired down list of breakfast standards is offered around the clock. Lunch combos are offered weekdays for a three hour window starting at noon, and Sunday suppers offer three courses for $25 on a weekly basis.

Look forward to deluxe takes on classics, like the towering stack of buttermilk flapjacks ($12) topped with brown sugar butter, whipped cream, and fresh blueberries. Add on Butcher's Crack, a.k.a strips of candied bacon for $5. 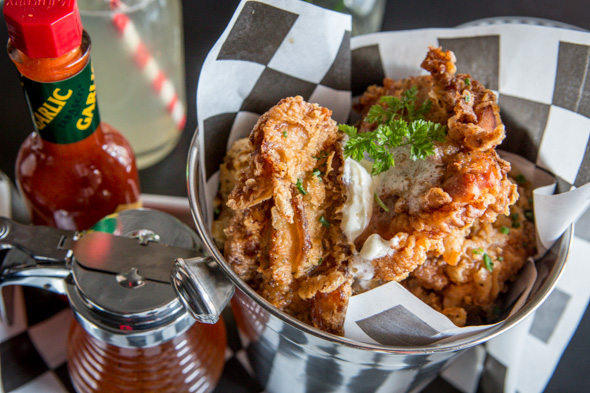 Should you prefer to go the savoury route, there's the Colonel's Bucket ($19) featuring juicy boneless morsels of chicken in a crispy golden coating topped with knob of vanilla butter. Tabasco honey is provided on the side to drizzle over top, and the meal includes sides of slaw, potato salad and a biscuit. 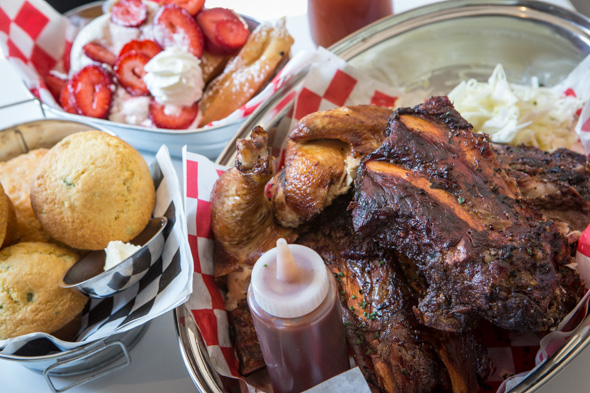 The serious selection of BBQ is another unique feature. The kitchen is equipped with a conveyor-belt smoker that has the capacity for 1100 pounds of meat (or 120 racks of ribs). Solo-sized combos are available at lunch, but particularly noteworthy are the large format options suited to satisfy the whole clan. 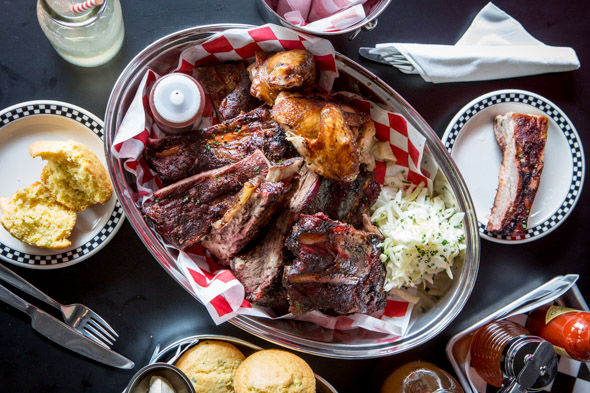 The Big Boy is one example, a feast for $85 features three styles of ribs, half a chicken, a choice of four sides and fresh baked biscuits. It's all good, but for me, the highlights are the pork ribs thoroughly permeated with hickory smoke and encrusted in a thick layer of barque. 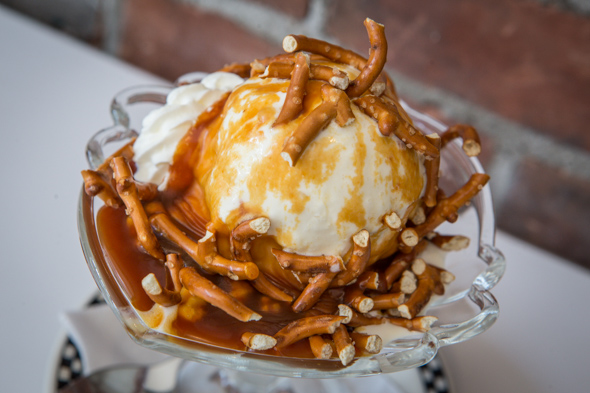 Standouts from the selection of desserts include a classic apple pie a la mode ($8), and the Broken Dreams Sundae ($7) that pairs vanilla ice cream with a deep-hued caramel and salty pretzels. 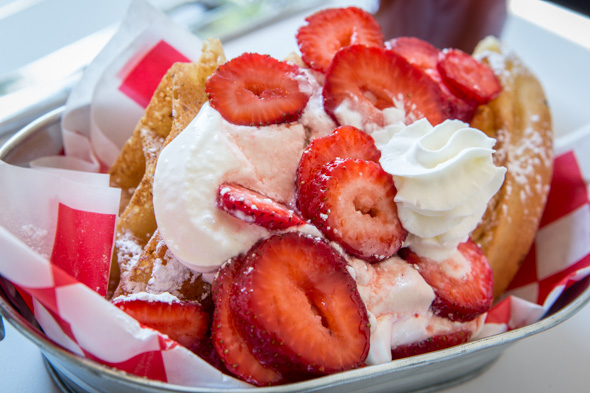 Expect the menu to continue to evolve as the kitchen tailors the selection to collective seasonal cravings. Lobster boils and raw oysters might make appearances in the summer months, while blue plate specials like spaghetti dinners, pot pies and meatloaf are all in the cards as the weather cools. 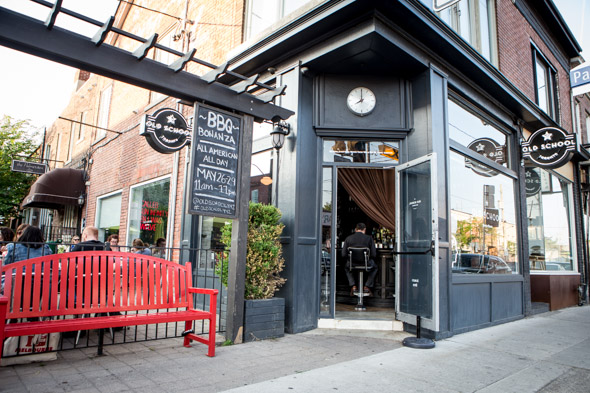 The Best Pancakes in Toronto

The Best New Brunch Restaurants in Toronto for 2015