Off the Hook has a great name, and their fish isn't so bad either! Located on Broadview just south of the Danforth , it occupies what was once fish & chip joint Deep Blue , so not an imaginative reincarnation, but a delicious one.

I must preface this review by saying I have an overwhelming desire to pepper it (and salt it...and vinegar it) with fishy puns. I will do my best to resist, but I'm off to a bad start already. 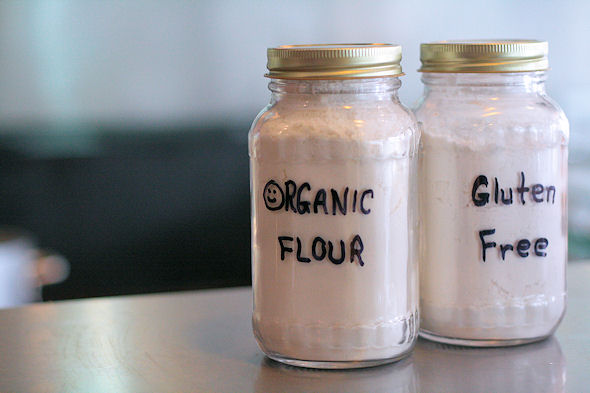 I was to have lunch with a friend and we were faced with two choices, Off the Hook being one of them. We agreed on fish and chips. It was Friday, after all. We arrived around one o'clock, and although seating is more plentiful than say, Chippy's , the lunch rush at Off the Hook sees its fair share of hungry high school kids, so plan weekday meals here accordingly. Fortunately we had just missed the mob, so we were able to snag...I mean, get a seat up front.

Off the Hook is lacking in the ambience department, but its early stages, and it is a fish and chip joint after all. Seating is to the left alongside a mirrored wall, kitchen to the right, and a small after-thought of a bar at the back (with Mill Street Tankhouse on tap). It's function over fashion here and I wouldn't expect anything else. Service is fast and friendly, with servers explaining which of the sauces (they have seven) go best with each type of fish (Halibut, Mahi-Mahi, Red Snapper & Sea Bass). 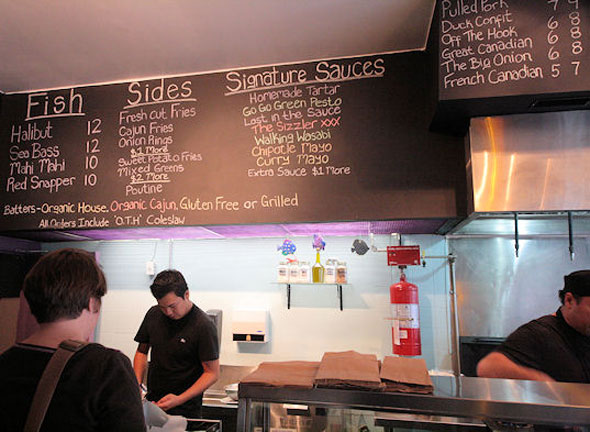 The menu isn't focused solely (oops...that slipped) on straight-up fish and chips however. Also on offer are fish sandwiches, poutine made with duck gravy, and seafood items like crab cakes, or Panko-crusted shrimp. All items are reasonably priced considering the portion sizes with a Tilapia sandwich going for only $5 and the Halibut and a pint special for $15. 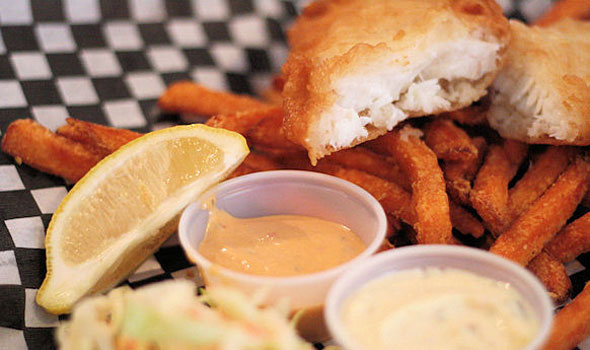 I couldn't remember the last time I had fish and chips so I went with the deep-fried Halibut ($12) served with coleslaw and tartar sauce (both homemade). For a healthier alternative, diners can have their fish served grilled instead of fried, but like I said, this was the first time in a long time for me, so I wasn't taking any shortcuts. My fish came with a decent portion of sweet potato fries (for $1 more) and chipotle mayo for dipping.

The fish was amazing. Made with organic flour (they also have gluten-free) the batter was light and crispy while the fish itself was moist and flaky. It was greasy, as all fried fish is, but it didn't taste of grease. The sweet potato fries were so-so, but the chipotle mayo kicked them up a few notches. Obviously out of practice, I forgot to douse my fish in vinegar. I remembered this on the subway ride home and was possibly more upset than I should have been. 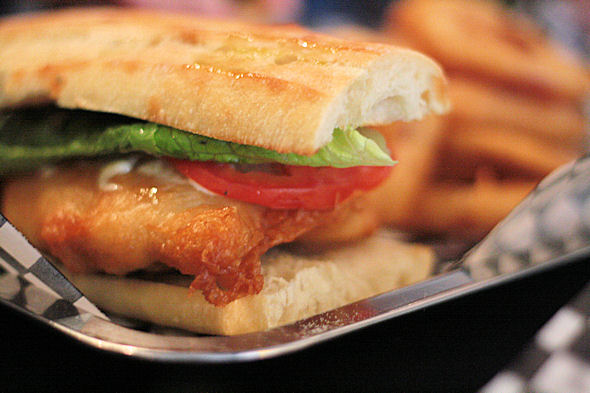 My friend ordered the Mahi-Mahi sandwich ($8) served on a crusty bun with pesto mayo, and onion rings (for an extra $2). She chose Mahi-Mahi simply because it's fun to say Mahi-Mahi, but she wasn't disappointed. The Mahi Mahi was a bit fishier than she was used to, but tasty with the pesto nonetheless. 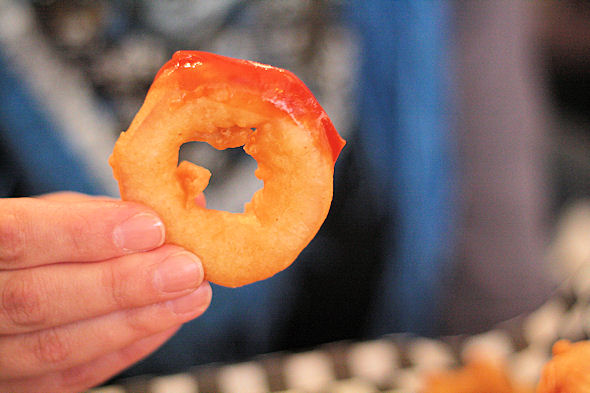 The onion rings however, made with red onions and covered in the same light and crispy batter, stole the show. 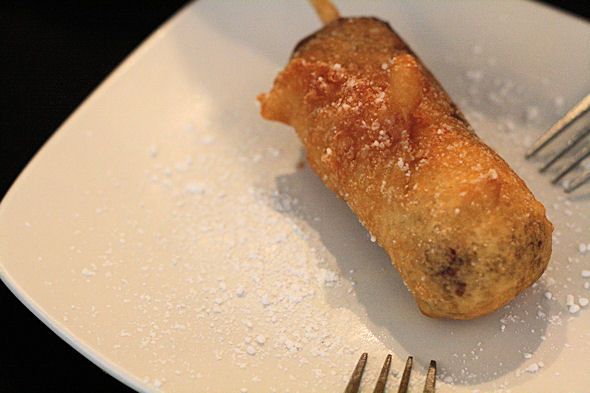 As it was all quite delicious, and neither fish nor fries save really well, we finished our meals instead of opting for take-out. And as if we hadn't reached out batter quota of the day, we ordered a deep-fried Mars bar ($3) to share. Not the most appealing dessert out there, it arrived at our table looking like a sugar dusted Pogo stick. The chocolate obviously melts in the deep-fryer so the Mars like quality of the bar itself is reduced, but I'm really not sure what I was expecting. It tasted a bit like a donut. A donut filled with melted chocolate. On a stick. Batter quota - reached. 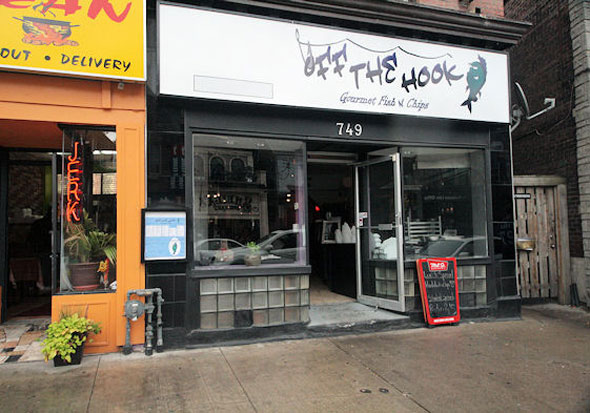 Footnote: That evening each of us skipped dinner which is totally out of character, and upon waking the next morning it was unclear as to whether breakfast was actually a necessity. It was as if we had entered the first stages of hibernation... but that's a whole other kettle of fish. (Sorry... I had to)