North Haven is the companion spot to tiny Haven Espresso Bar in Bloordale , the two bookending the Ontario Giant Runt Club (that breeds these oxymoronic pigeons ) on Brock Ave. north of Bloor.

This small space was formerly a Portuguese video store and before that, a pizza joint called Village Tomato. There are a few tables and seats inside, and like Haven, a patio area has been added to the front, but for the most part, at the moment, this is a quick eats, take-out kinda spot. 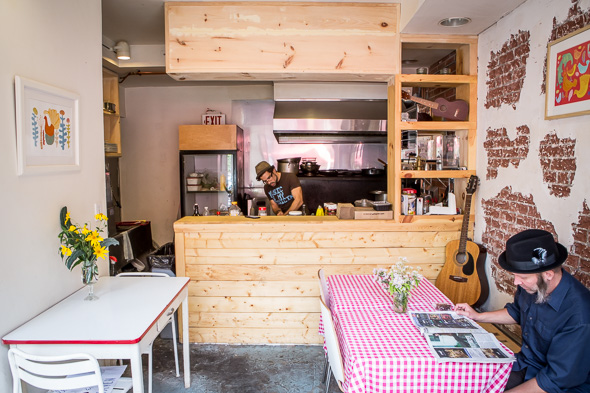 Owners Jason Raabe and Helen Acraman have recruited Neal Roy as its chef, and Roy calls the place his "stationary food truck." It's an apt description, since he's turning out a limited menu of incredibly flavourful sandwiches for breakfast and lunch in a tight space that's pretty much the size of a food truck. 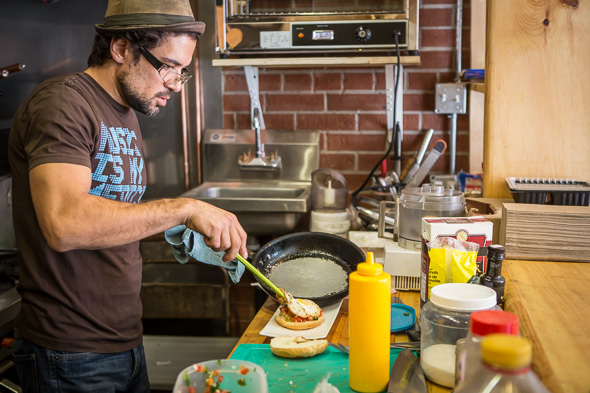 Locals here know the drill: place your order with Roy, pay at Haven two doors down (try not to get too distracted by all the adorable dogs whose owners stop by for caffeine there) and then come back to pick up your made-to-order masterpiece. 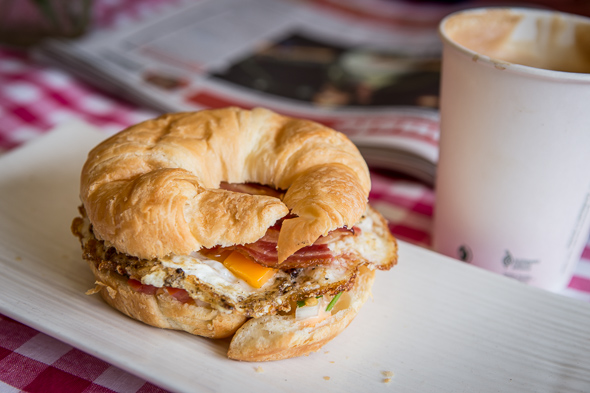 So far, the most popular order here is the McHaven breakfast sandwich ($6), which contains bacon, egg, cheddar, goat cheese and pico de gallo on an English muffin or croissant, whichever is available that day.

It's an unintentional hit, as Roy never meant to include it on the menu, but customers keep requesting it so he continues to give them what they want.

One such McHaven-loving regular is politician/musician Andrew Cash, who will text Roy to tell him he's coming for one in the morning; this always brightens Roy's day as he's a huge fan of Cash's music. 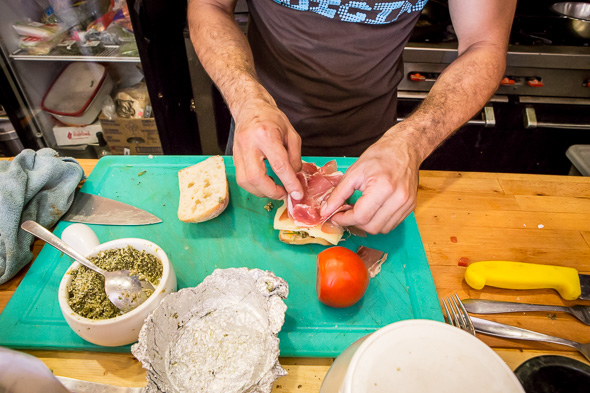 Roy, who has a half-Austrian and half-Bengali background, is a well-traveled dude (ask him to share some of his wild stories), and he's absorbed a ton of food culture over the years. While the cuisines of his parents have had some influence on him, he first realized he really wanted to cook while learning to make tagines with Berbers in the Sahara Desert. 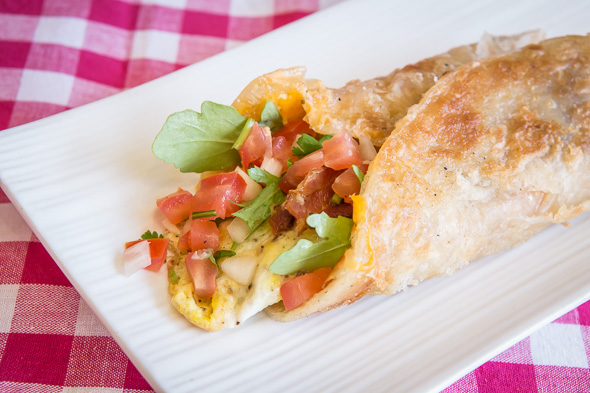 This led to culinary school at London's Fanshawe College (Roy also caters and has hosted an elaborate squab dinner using birds sourced from the club next door) as well as cooking classes all over India. North Haven's omelette wrap ($7) hints at some of this history as it's all rolled up in a fried paratha. 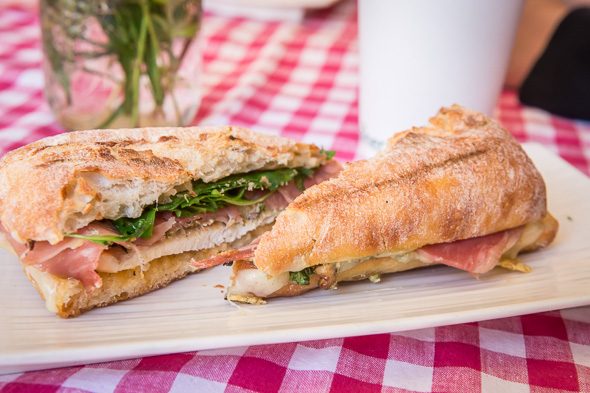 Another favourite is the Chicken Saltimbocca ($9), which consists of house-marinated chicken breast, house-made pesto, arugula and chopped sage combined with slices of Prosciutto and Swiss cheese all pressed panini-style in a ciabatta bun.

As a musician in addition to being a chef, Roy thinks food and music are intertwined, and his goal is to create "a whole new symphony of flavours" with his tasty fare. His spicy steak sandwich ($8) nearly achieves this, with thin slices of house-marinated steak cooked to order, pepper jack cheese, arugula and spicy mayo between toasted ciabatta.

I could eat a lot of these. 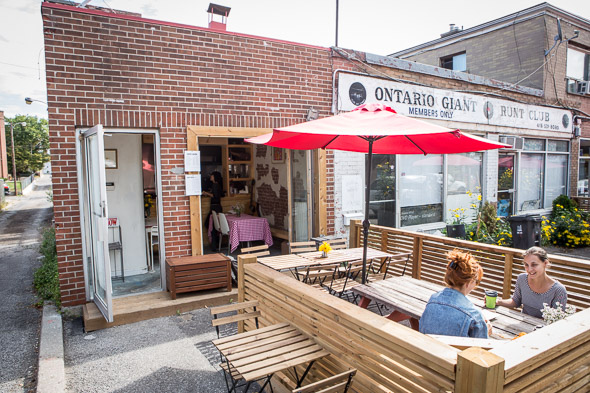 Since he lives across the street, Roy clearly enjoys his proximity to his work, and takes pleasure in feeding his neighbours while they're on their way to theirs (he's aiming to have food for them when they're on their way home soon, too; he's working on curries, soups and stews for winter).

There's a genuine community vibe here, and like Haven, this place has become a hub for this 'hood. 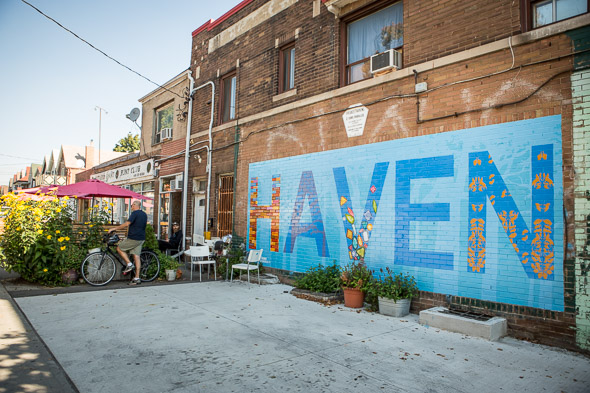