What started out as a catering company run by Chef Johl Whiteduck Ringuette has now blossomed into a cafe and restaurant in Koreatown selling breakfasts and lunches using traditional native ingredients, as well as products by local First Nations artisans. 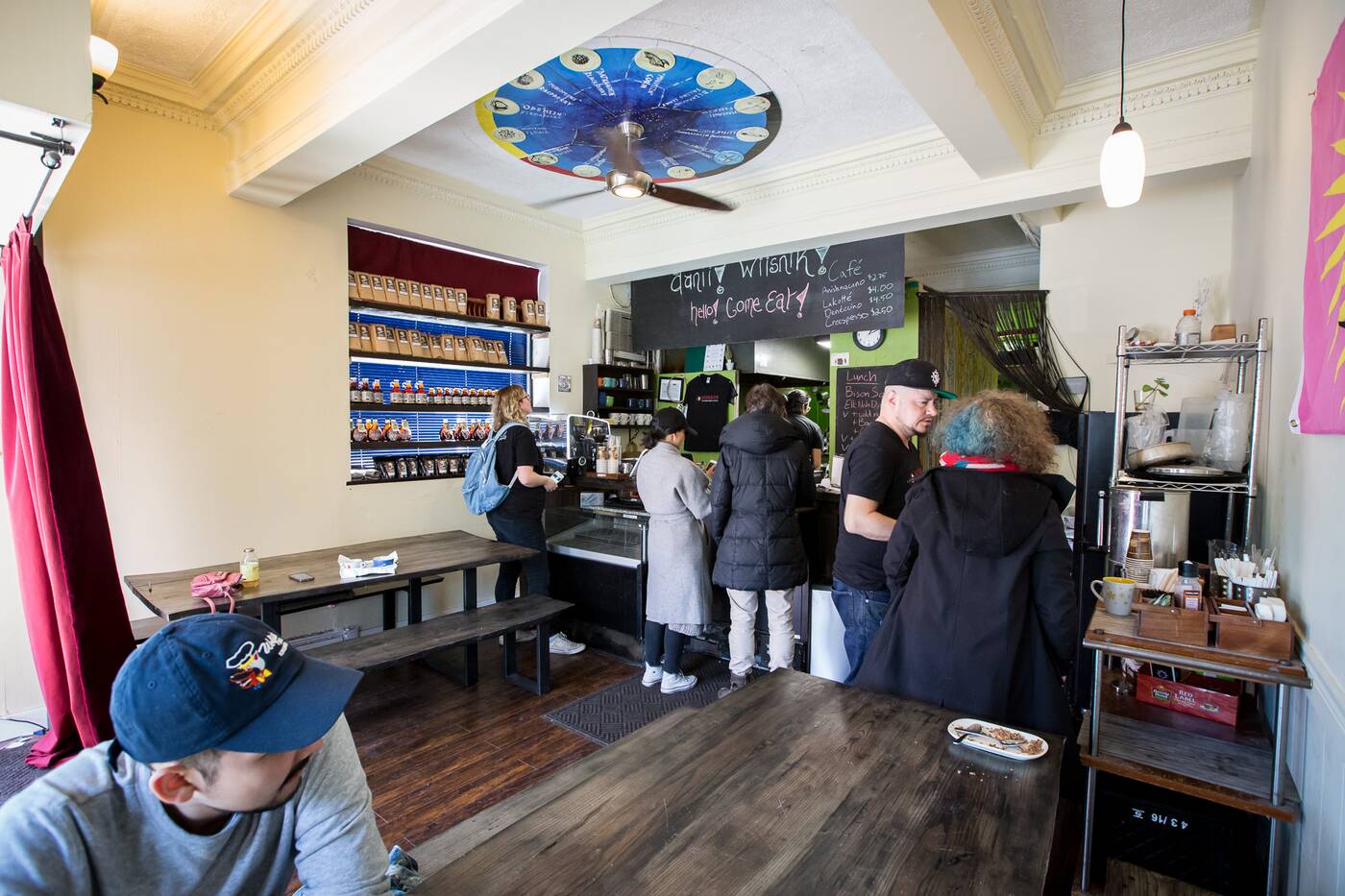 Inside a menu is scrawled in chalk behind the cash, a thirteen moon calendar is hand painted on the ceiling by Ren Lonechild, the same artist who decorated the exterior with birch trees. 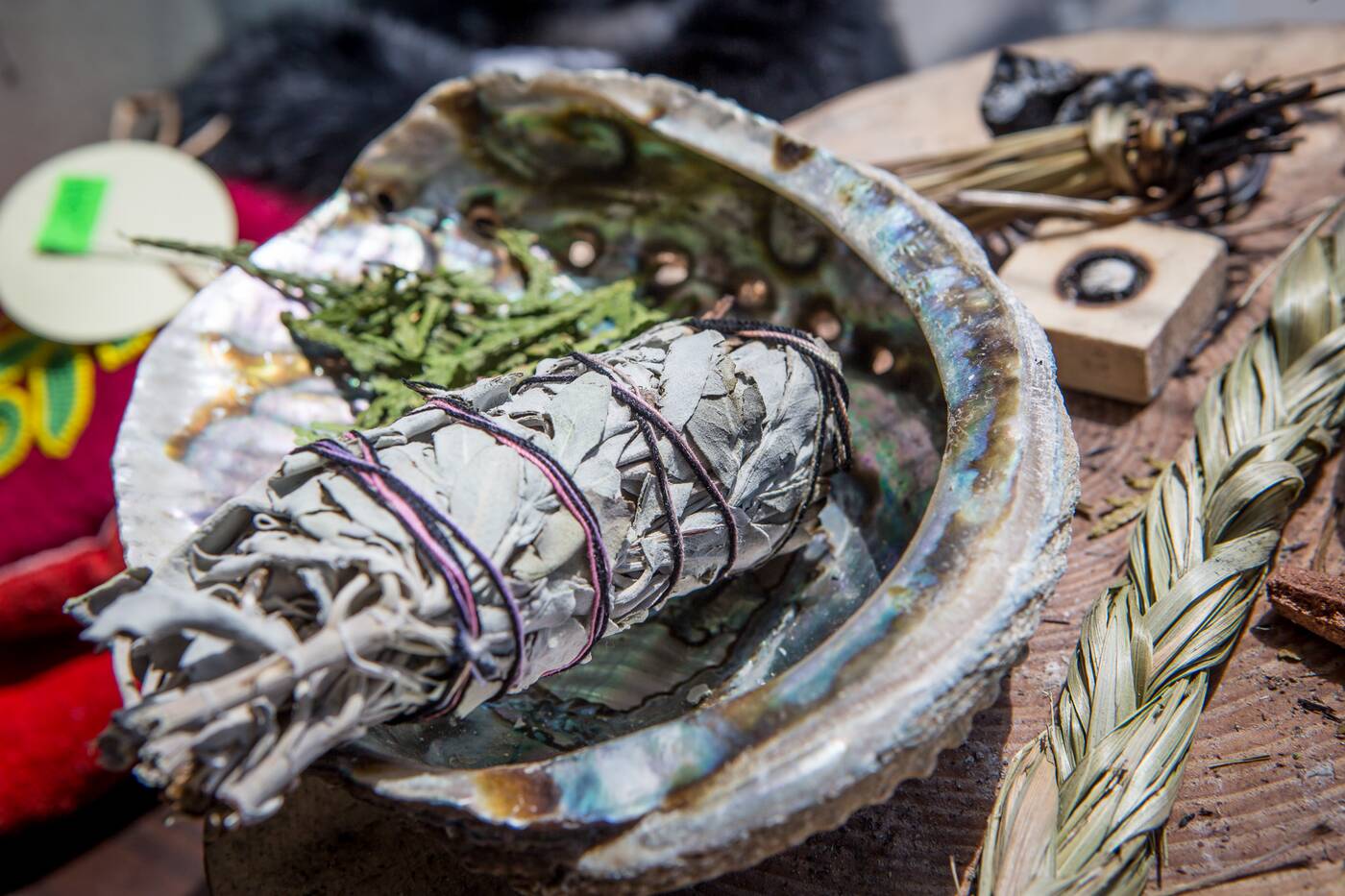 In a corner lie the four sacred medicines central to Anishnawbe culture, most also used as ingredients: sage in a smudge bowl, sweetgrass, cedar and tobacco. 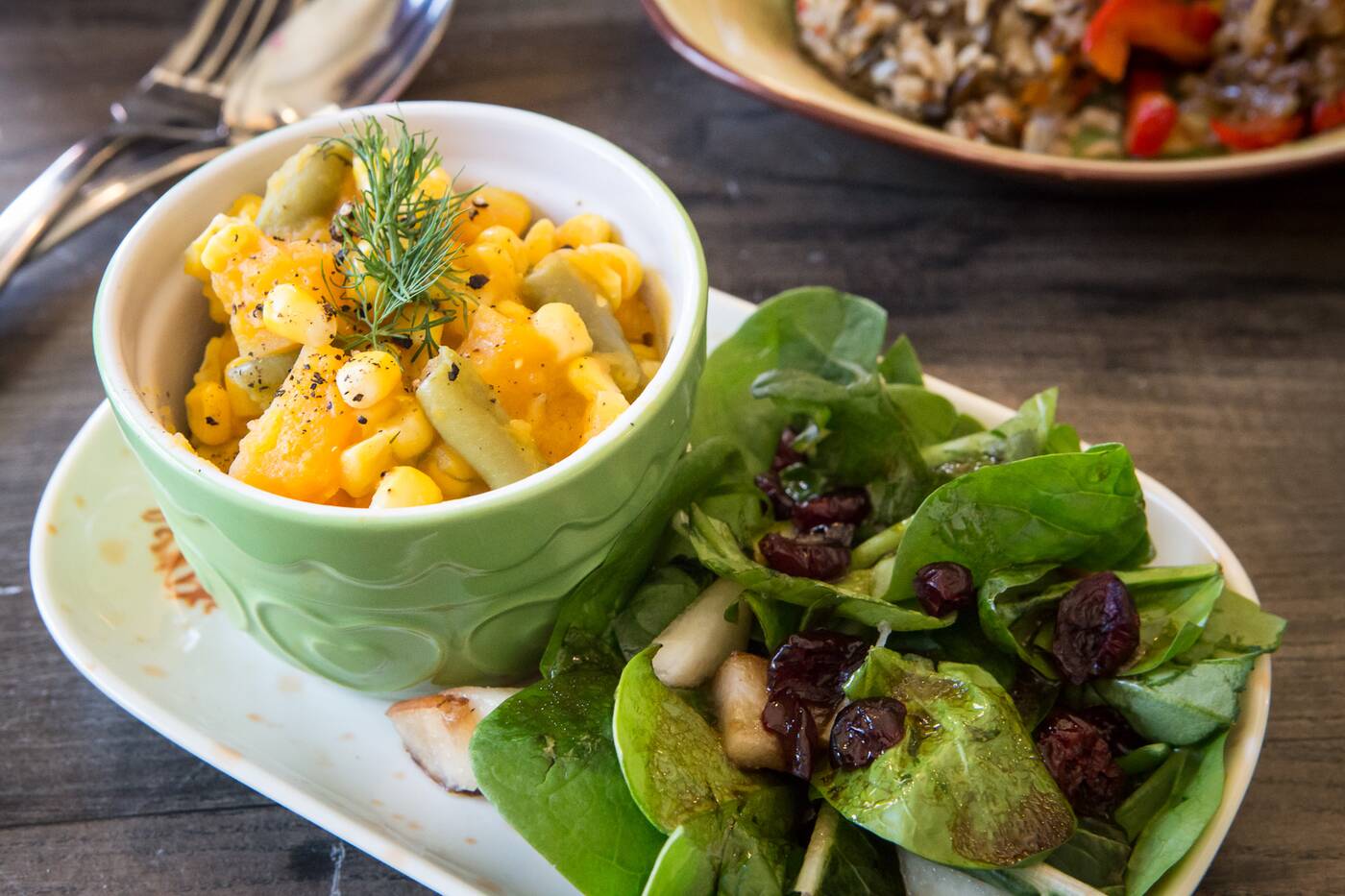 The simple, astonishingly cheap menu is made up of small healthy items for a couple bucks that you can pair together. Three sisters stew ($5) is vegan, gluten-free and contains corn, butternut squash and green beans, the first crops that ever grew here.

The stew is comforting, healthful and fresh. Dandelion salad ($2) accompanies it, a cleansing but still very palatable blend of spinach and bitter dandelion topped with dried cranberries and a vinaigrette. 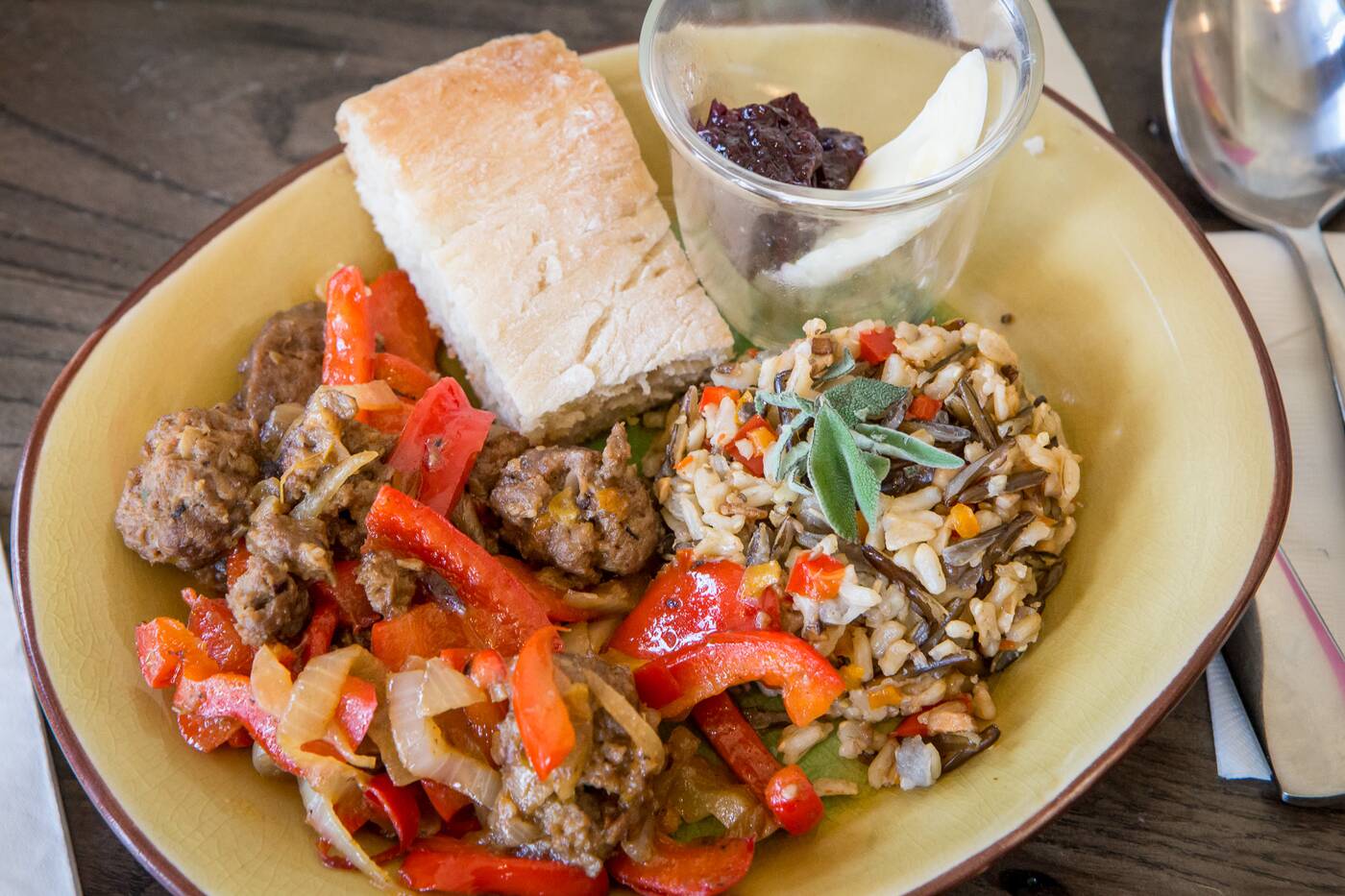 Bison sausage ($4) sells out during my visit, but bison meatballs ($8) quickly replace them, seasoned with juniper and fresh sage, hearty but still light and swimming in peppers and onions. Gluten-free wild rice casserole ($2.50) provides an earthy side along with bannock ($1.50). 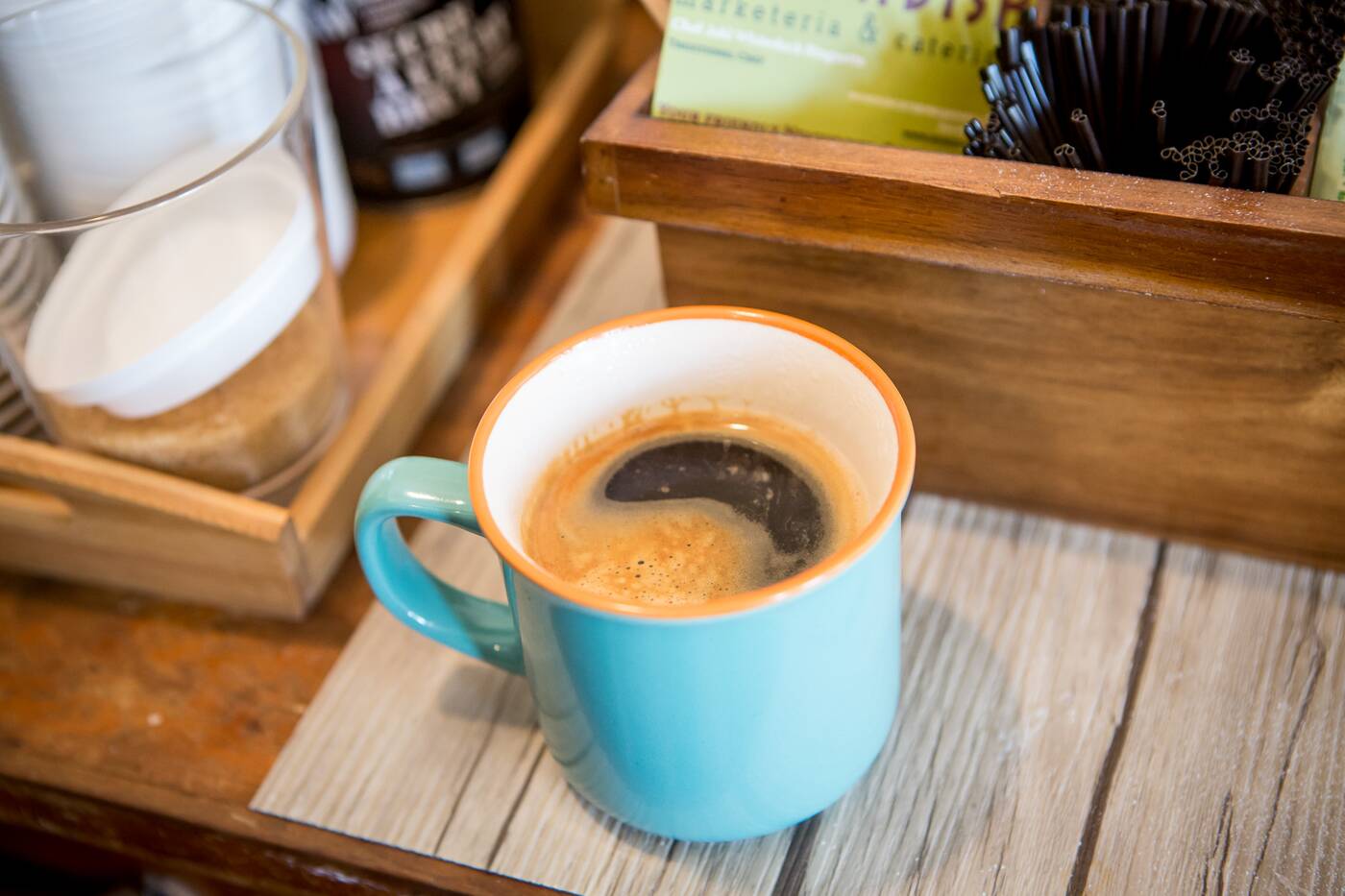 Order an Anishnacano ($2.75) (aren't we all tired of saying Americano?) made with Mohawk roasted coffee. 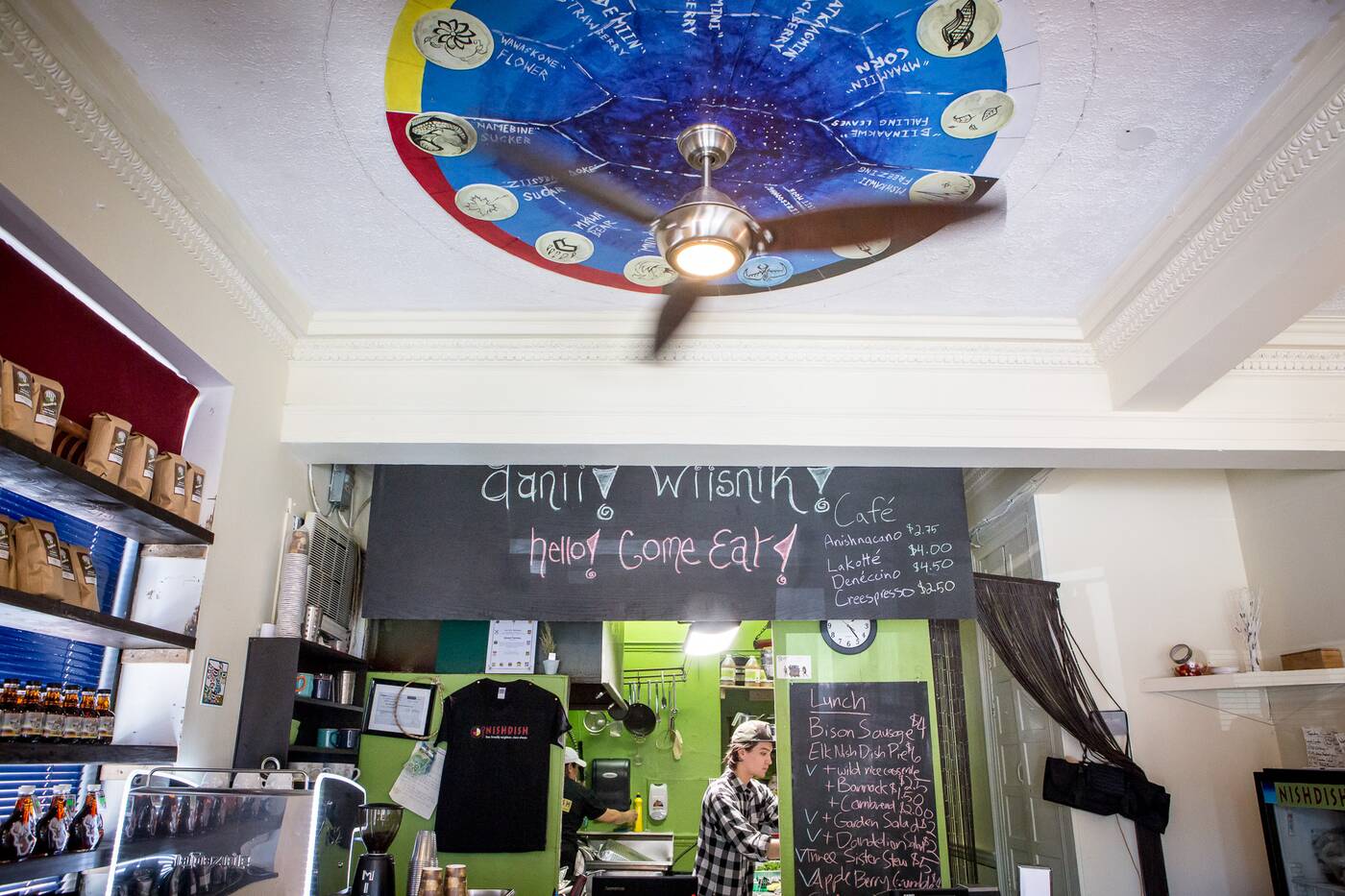 Chef Whiteduck Ringuette still offers catering, but was inspired to put this concept together by the demand for his food by increasingly smaller groups. 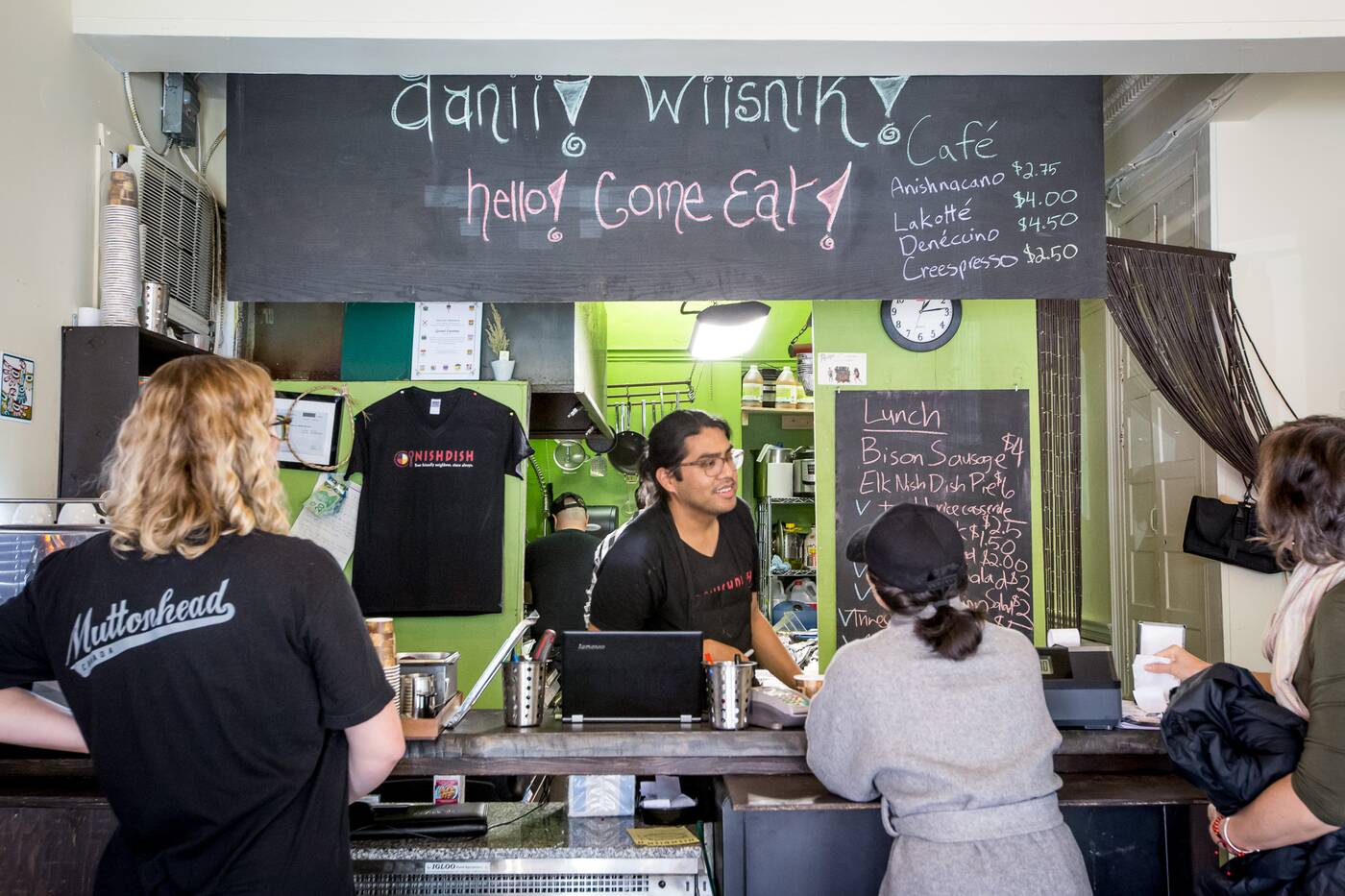 He also partners with Native Child and Family Services to teach kids the restaurant business. 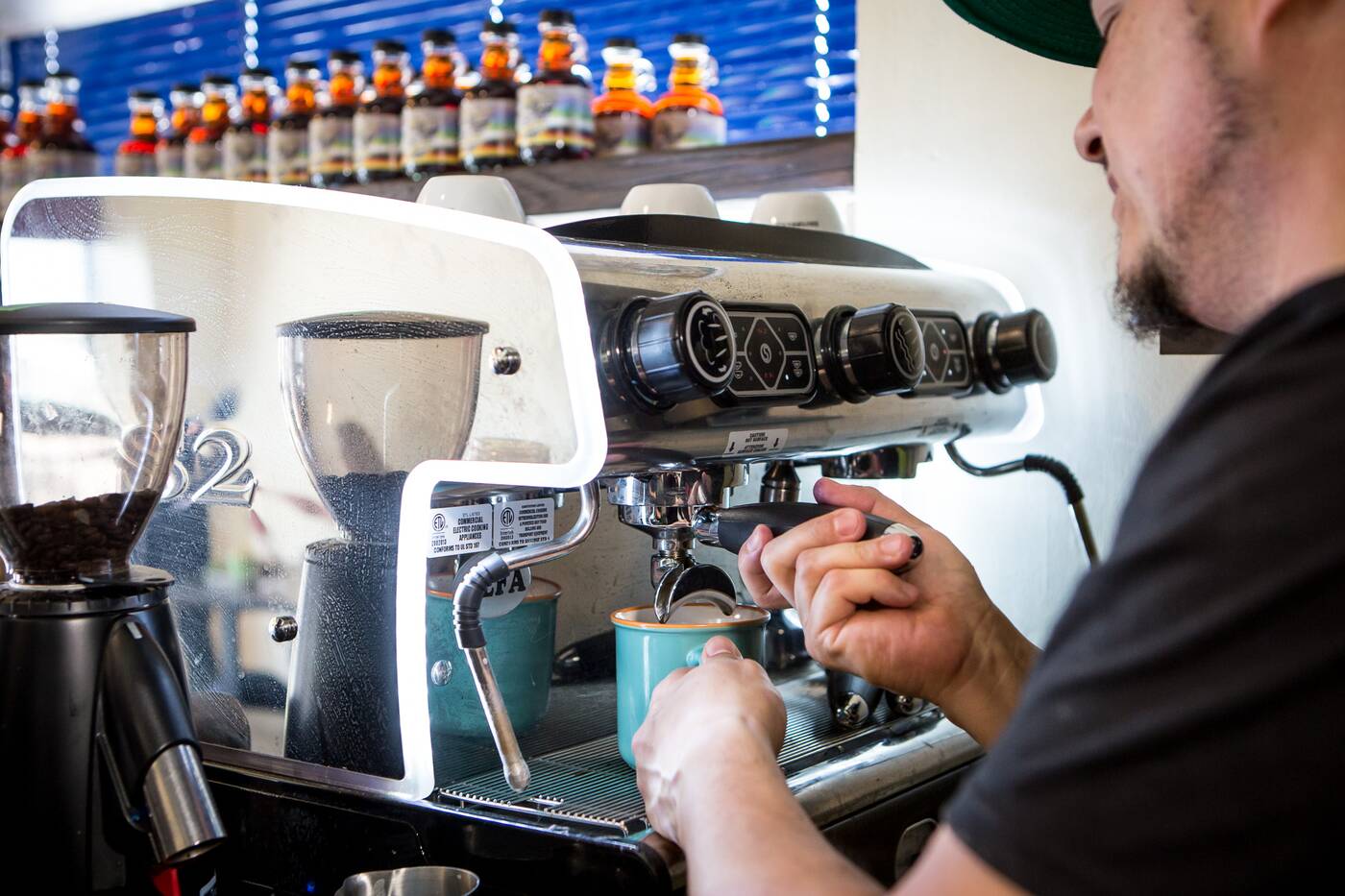 He constantly emphasizes community in all aspects of NishDish, perpetually attempting to repay the family and friends that helped him make this project a success. 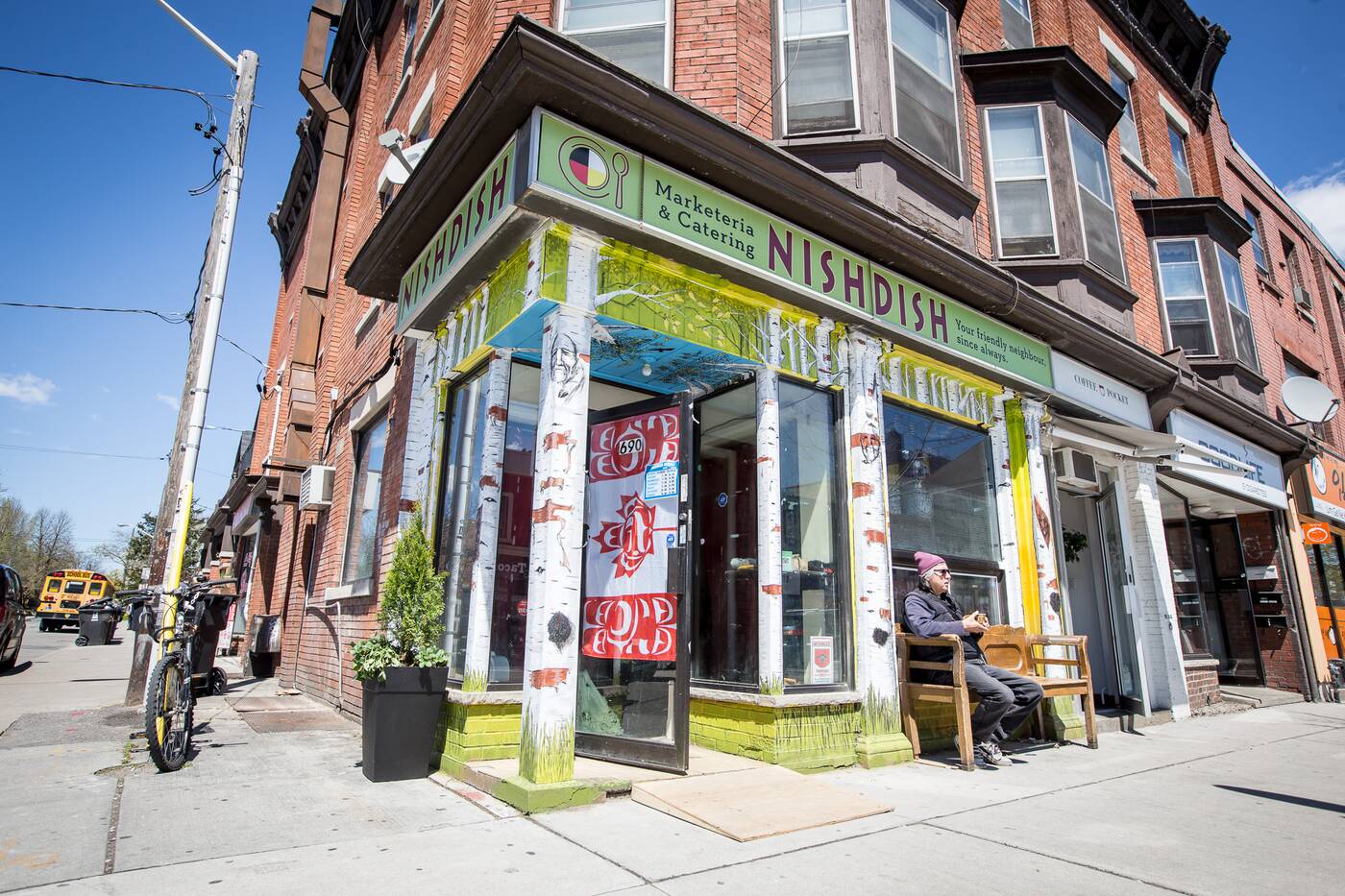