MyMy Chicken is a fried chicken restaurant that’s bringing its successful recipes straight from Korea to the Annex. A hit franchise with over 50 locations in South Korea, this is MyMy’s second location since expanding to Toronto.

Coming from a country whose love of beer and fried chicken nears obsession, MyMy is undoubtedly good at what it does and sticks to it closely. 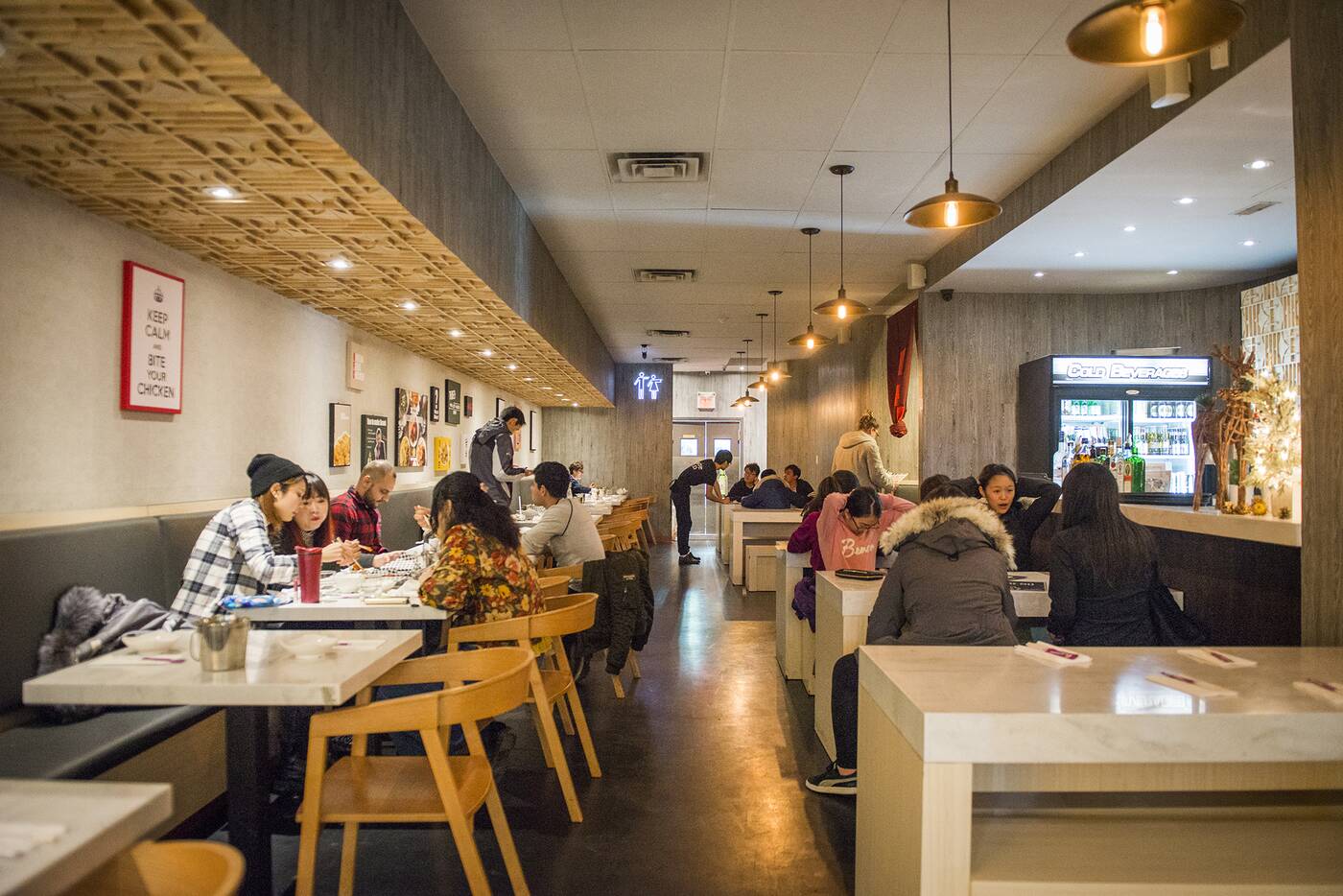 Walking in to the restaurant you’re greeted by an entire wall of fried chicken adage-art and loud music that switches back and forth from heavy club beats to K-pop hits. 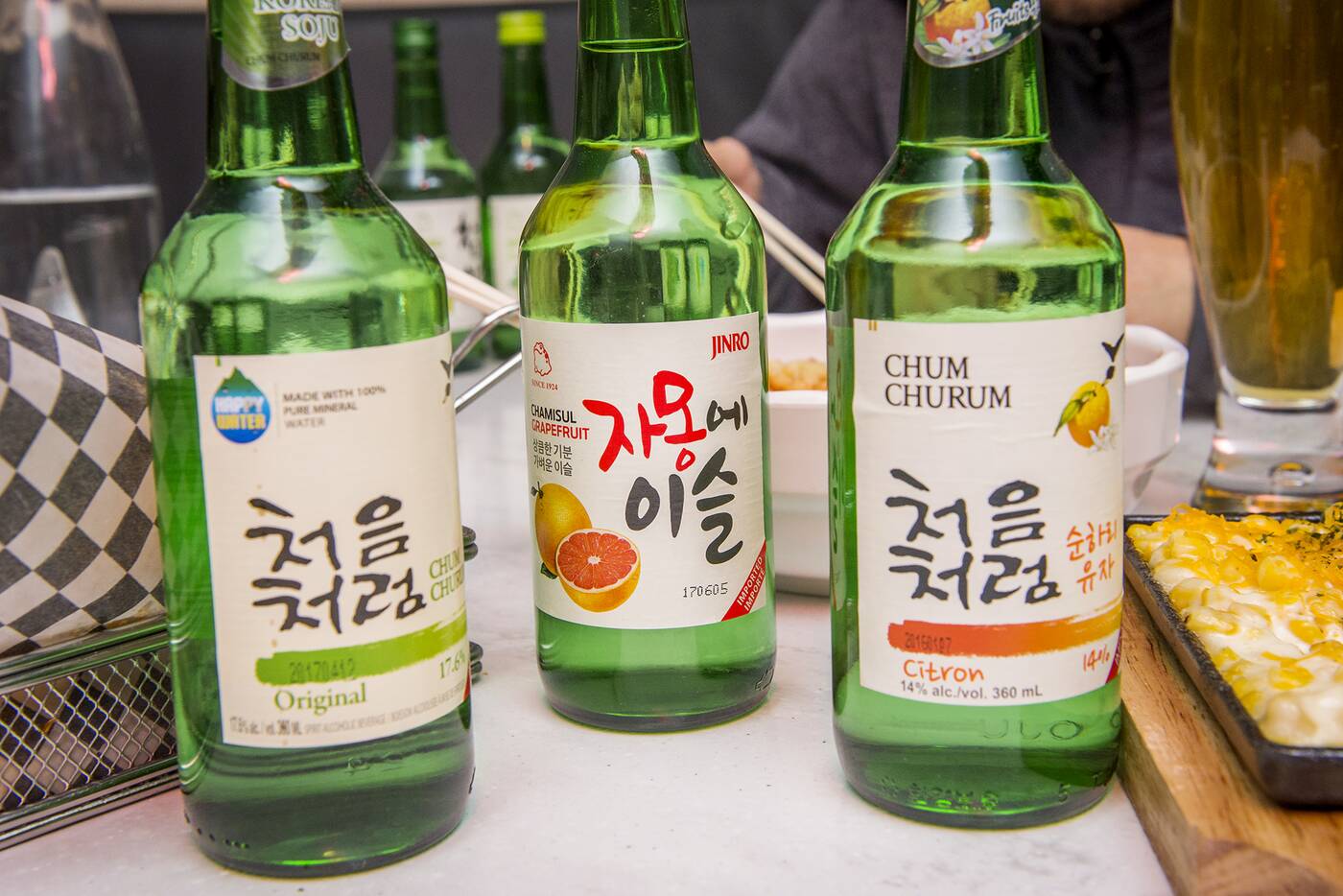 Excluding its small section of sides, its menu consists solely of 16-piece fried chicken orders, a good portion for two people which can be halved into different flavours. 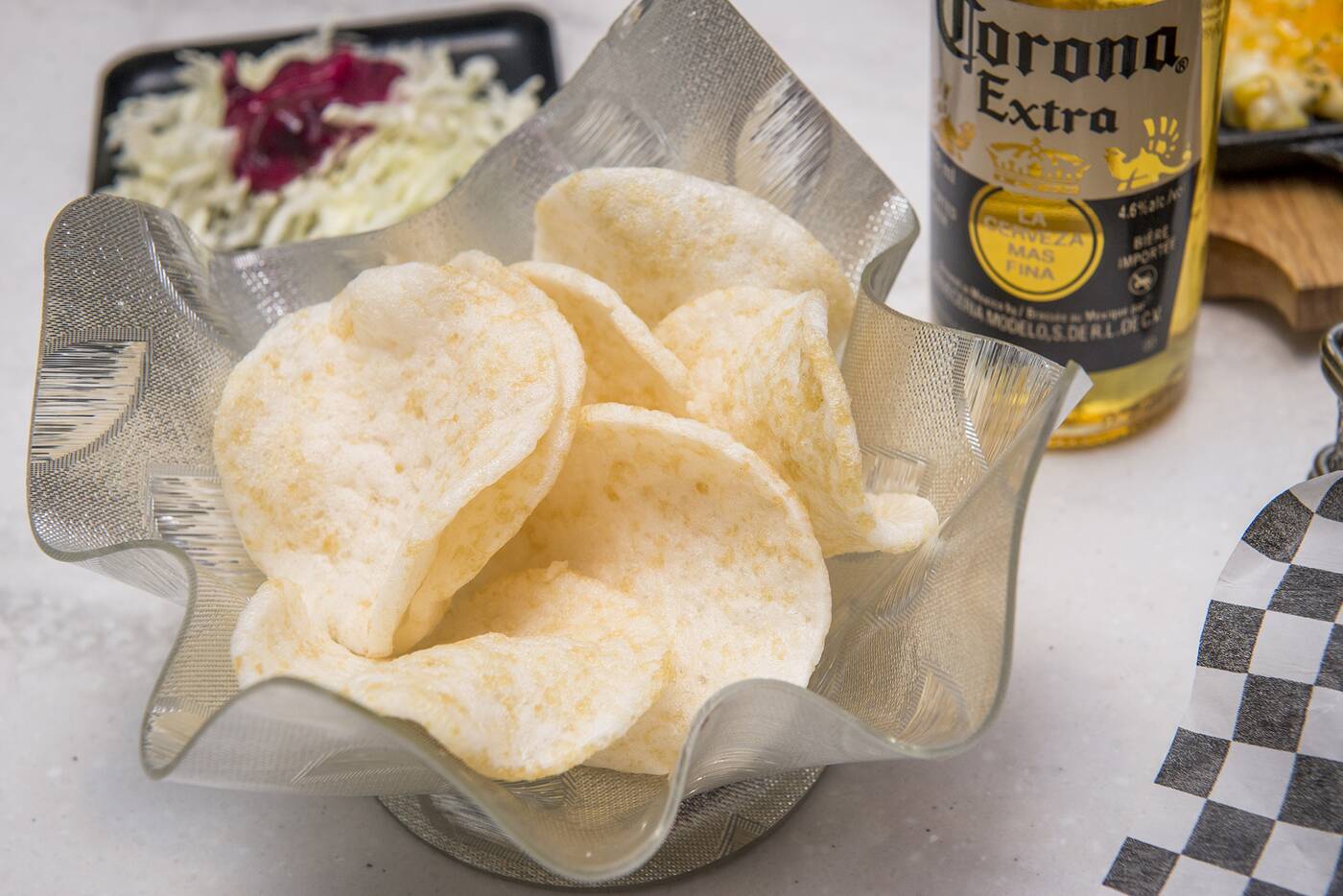 Before ordering my main, I was presented with complimentary shrimp chips, pickled radish cubes and a strange little dish of cabbage topped with a mayonnaise blueberry jam sauce that, unfortunately, was not my jam.

MyMy uses two types of batter, crispy and rice-style. They also have a cheese powder which I suspect is the key ingredient to their success and comes directly from South Korea. 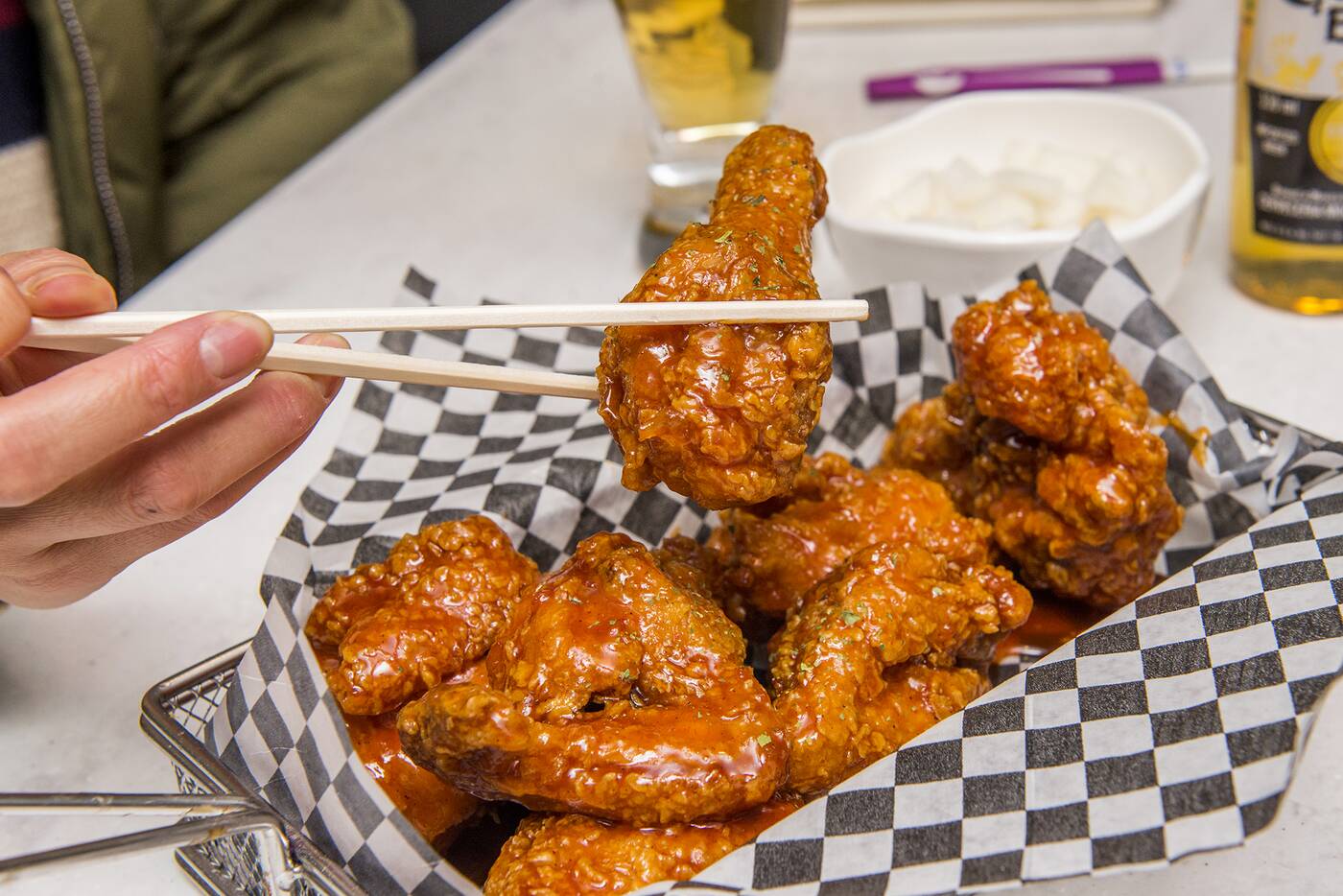 The gold cheese wings ($28) have the distinct taste of cheese powder even under an extra thick layer of shredded cheddar. I found the powder added an extra dimension of flavour to the chicken and had a texture akin to that of powdered cheese popcorn but with a bit more spice and way more crunch.

The gold cheese fries ($9) come with the same powder and pairs well with a pint of Asahi ($8). 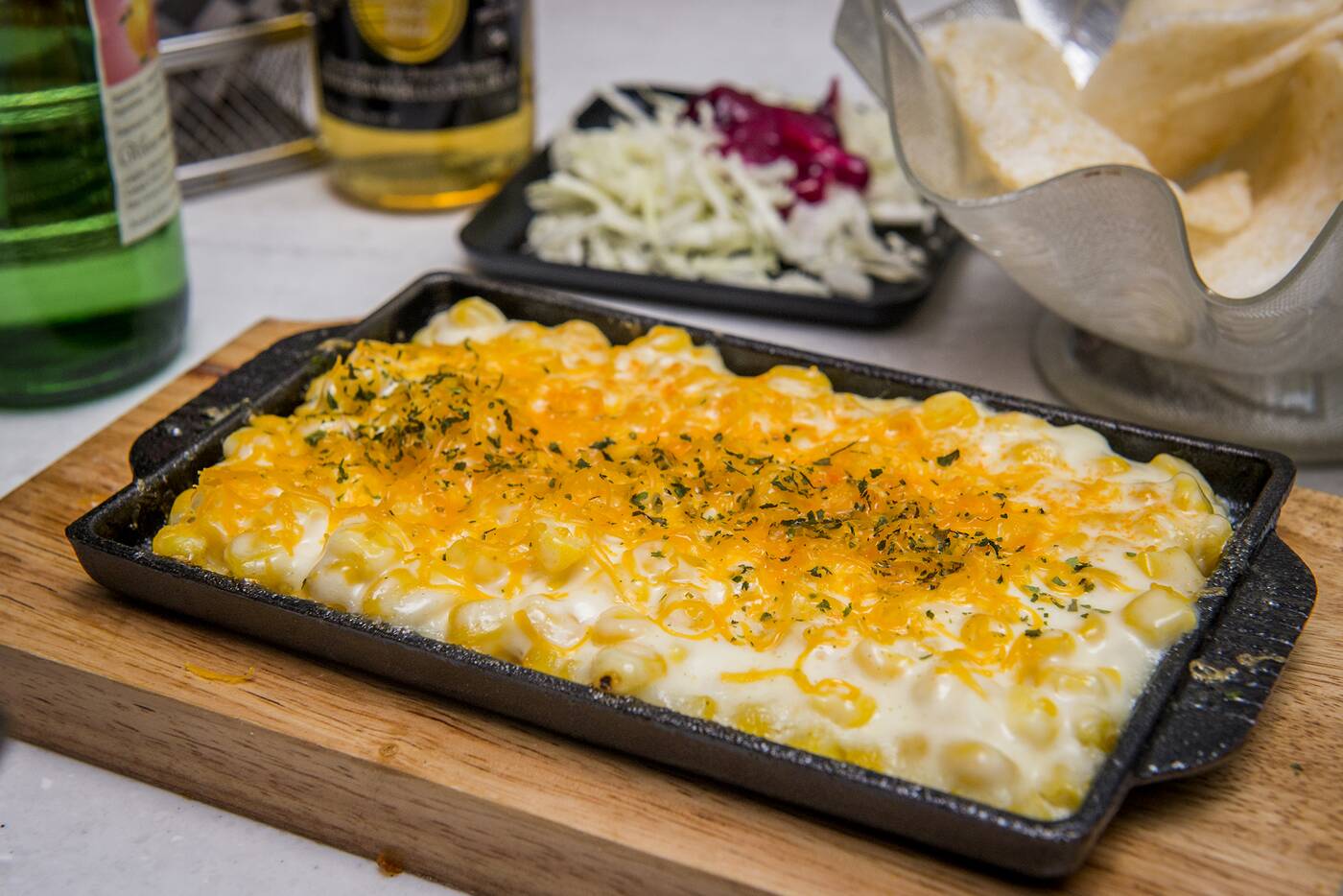 Other sides include the corn cheese ($8), a creamy dish of corn mixed with lots of melted cheddar, and the oden soup ($13), a Korean take on the Japanese melange of fish cakes and radishes. 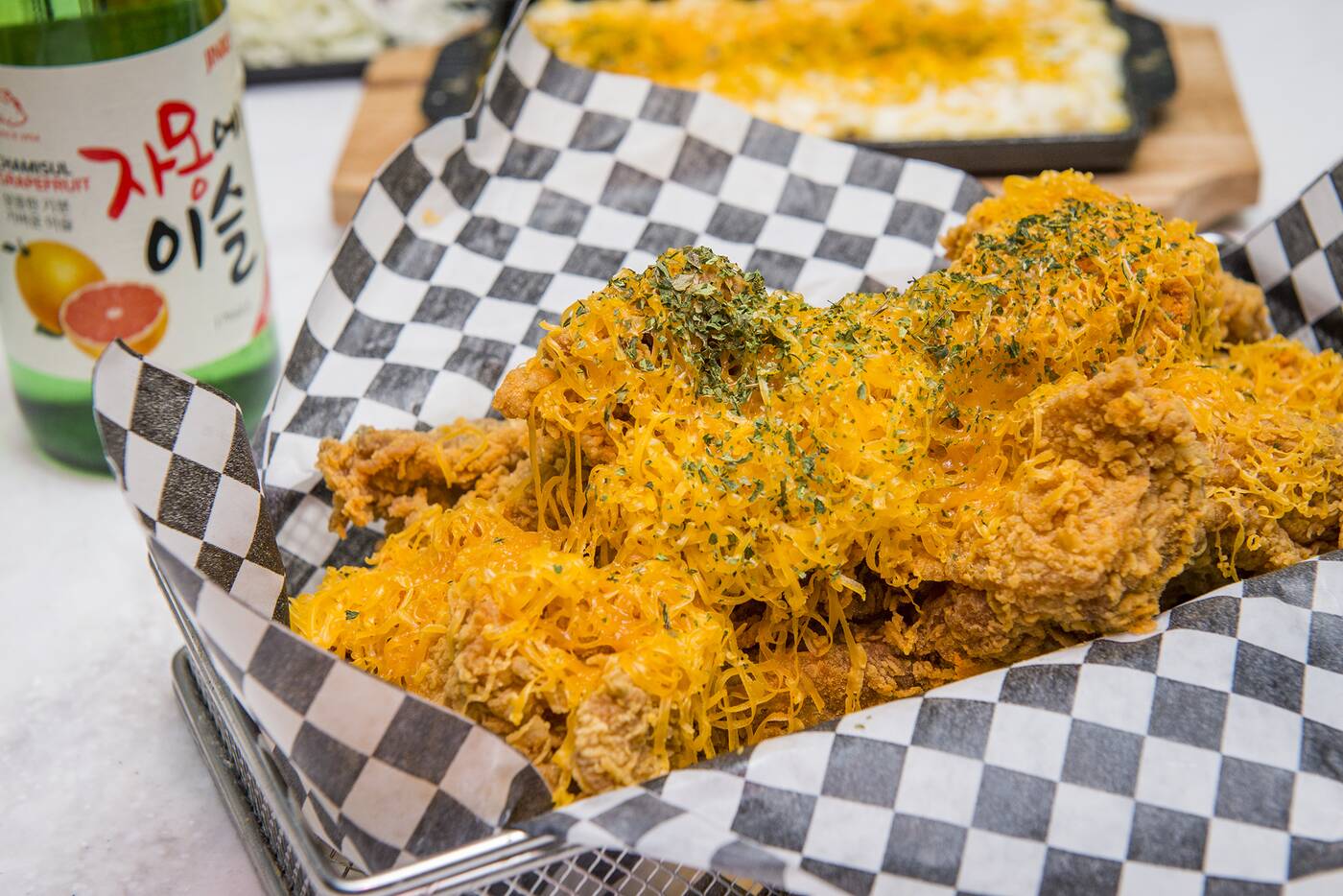 Another best-selling dish with a secret recipe, the seasoned spicy chicken ($28), is more sweet than spicy but still has a fair bit of kick. I found its flavour flat but pleasingly rich with tones of what I believed to be sesame and allspice, although the server wouldn’t confirm or deny my suspicions.

For those looking for a dish with the semblance of veggies, there’s the green onion chicken ($29) or the curry chicken ($28) for some flavourful depth. 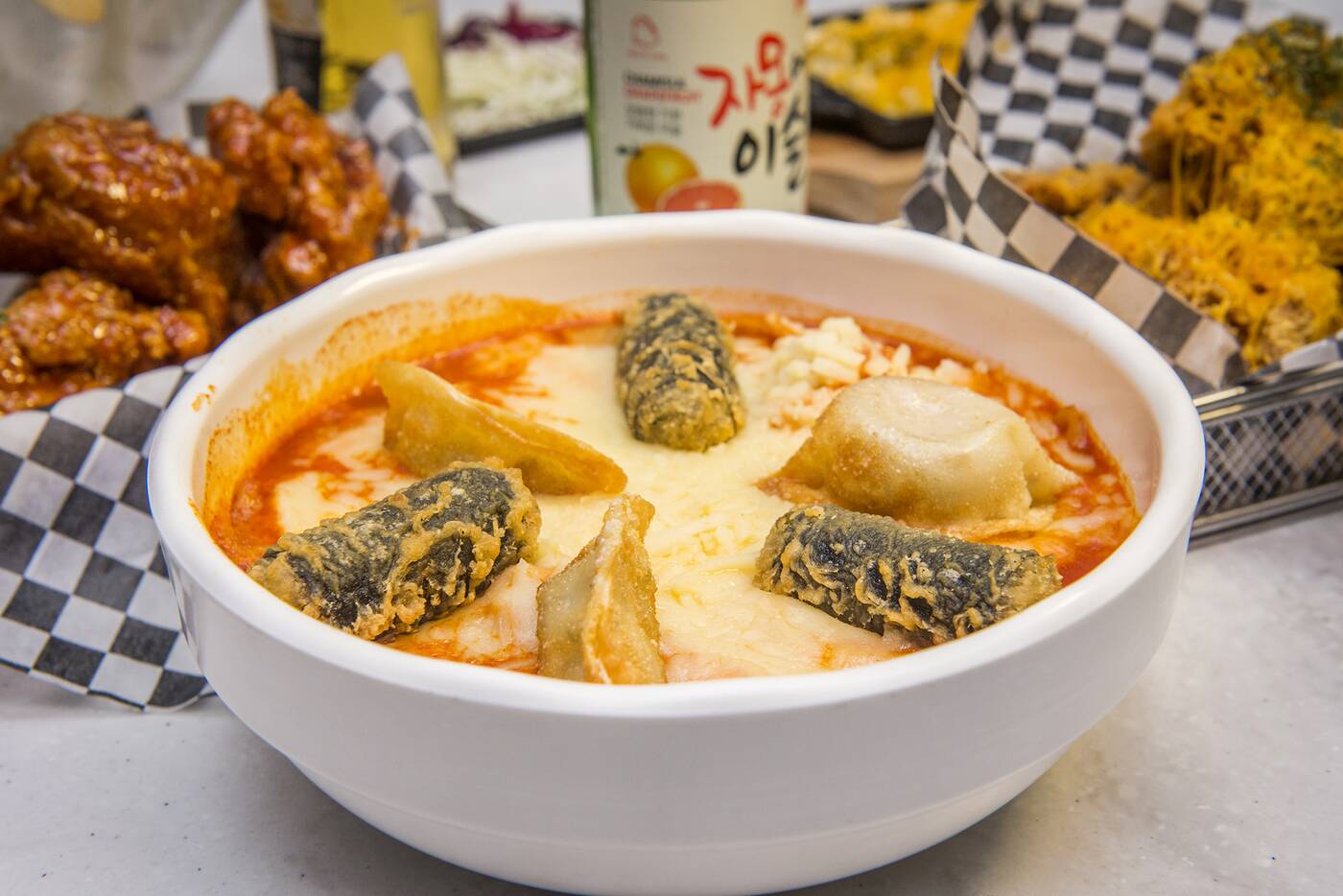 While I’m deeply passionate about fried chicken, a surprise favourite for me was MyMy’s soupy bowl of spicy rice cakes ($11). 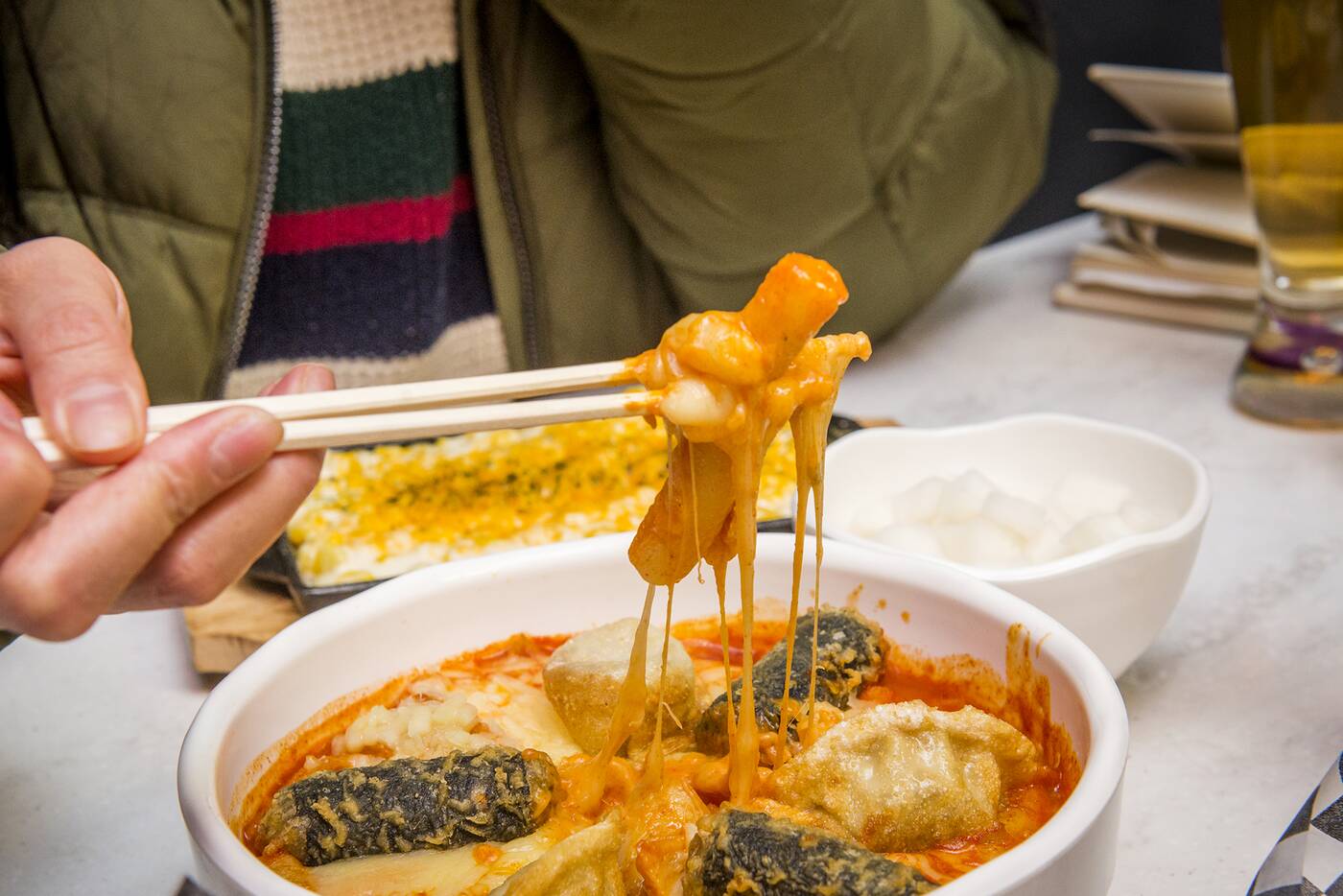 Adding veggie dumplings, savoury seaweed rolls and cheese will set you back an extra $2.50 each. 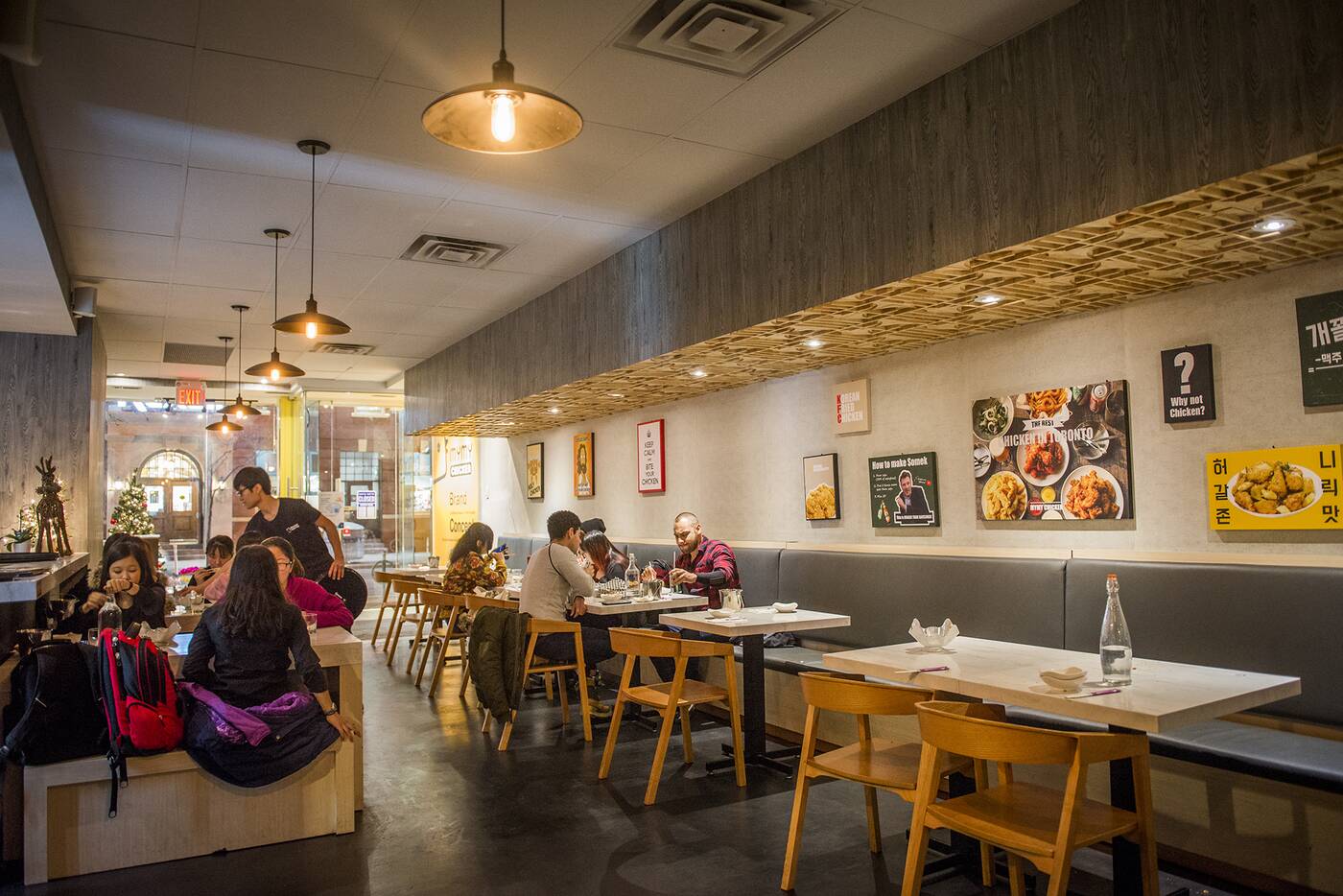 I loved the soft and chewy texture of the rice cakes and highly recommend ordering it if you like spicy and want a nice contrast to the exorbitant number of crispy wings you’re bound to eat here. 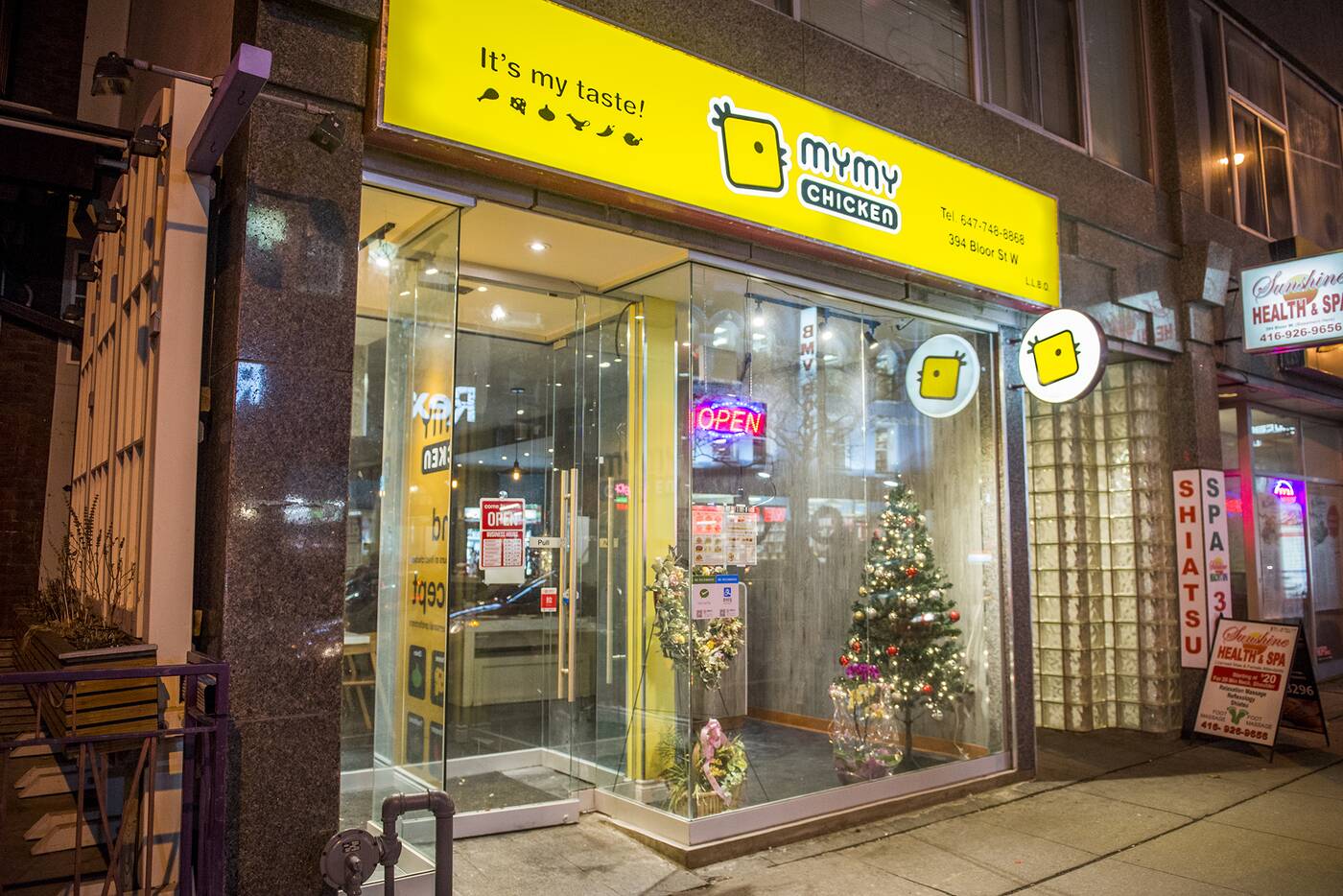