My Sushi (North York) is currently open but their offerings and services may be affected due to the pandemic. Please contact the business directly for more information about any changes. Is this your business? Please contact us if you would like to update this message.

My Sushi has been a basement tenant of a North York condo for more than a decade. A modest interior renovation at the hands of new owners about five years ago gave the place a decent facelift, even if the interior looks less than inviting.

Specializing in all you can eat (AYCE) sushi, My Sushi has a loyal following in the Yonge and Finch corridor. $19.99 (for adults, $21.99 on weekends) is all it costs for a true gut busting experience, with the usual stipulations, a two hour limit and an extra charge for unfinished food. Pretty standard stuff. 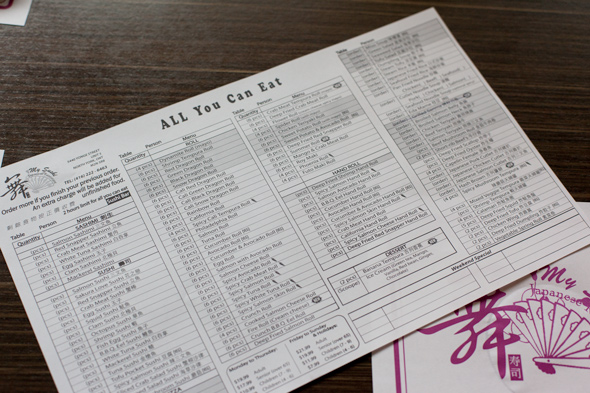 While the cocktail menu features some 'English' variations (wisky anyone?) the list itself is pretty impressive. While Sapporo and Asahi dominate the beer menu, house wines and classic cocktails are on point. Non-alcoholic drink options are plentiful, with a massive bubble tea drink list as well as smoothies, milkshakes and slushes. Takara and Nigori sake are also available for an authentic libation.

While the pint-sized restaurant only offers about 20 tables, the sleek interior is polished with dark wood and a slate brick feature wall. Comfortable booths and banquettes allow for extended binge eating sessions. 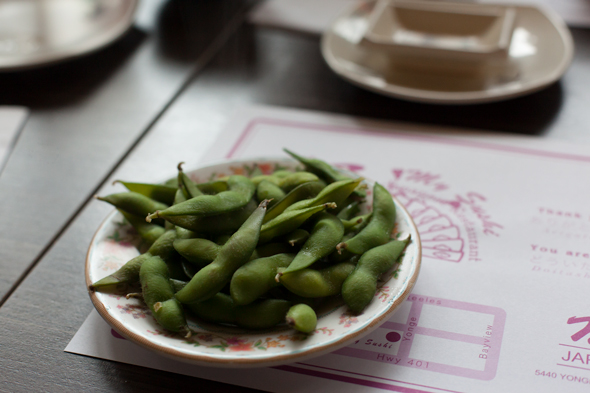 A sushi platter brings together all the right pieces. Delicate salmon sashimi are fresh and buttery tasting, and although mere morsel sized, put the pencil to the paper and order as many as you like. Spicy tuna rolls are enhanced with a tempura crunch and requisite cucumber and avocado rolls add some variety. Massive spicy salmon hand rolls come swimming in sauce, though a quick hold upside down (reminiscent of a dairy queen blizzard) quickly drains them. 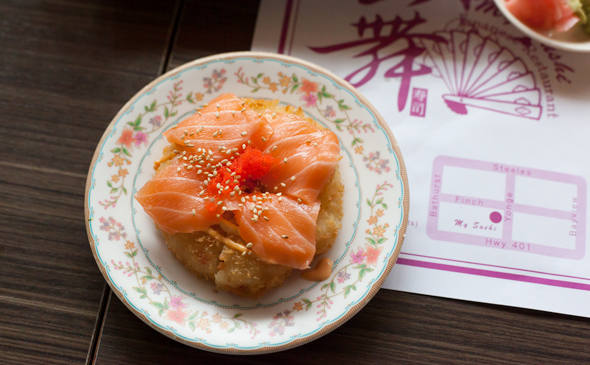 In my never ending quest for the best sushi pizza, I'm sated by their simple dish, but somewhat underwhelmed. A slight clumping of roe, a sprinkle of sesame seeds completes the plate, but pizza, even sushi pizza, should be about the toppings, and Fune with their diced green onion and scallion combo still have my undying affection.

While Red Dragon rolls usually feature tuna, My Sushi used salmon and avocado slices to top their version, stuffed with shrimp for good measure. While the flavours work well together, the presentation is a bit sloppy; some pieces have good salmon to avocado coverage, while other rolls looked like fell apart on slicing. Shrimp tempura rolls also seemed a bit rushed. Some rolls held a decent portion of the battered shrimp, while others had measly scraps. 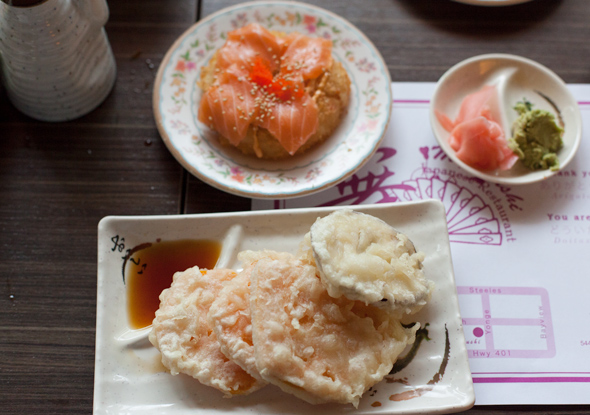 Veggie tempura is a boring dish that I inevitably end up ordering, and here, three slabs of sweet potato compete against a lonely eggplant for a pool of dipping sauce. Crispy and hot, they were decent, but it would have been nice to see broccoli or onion pairing. 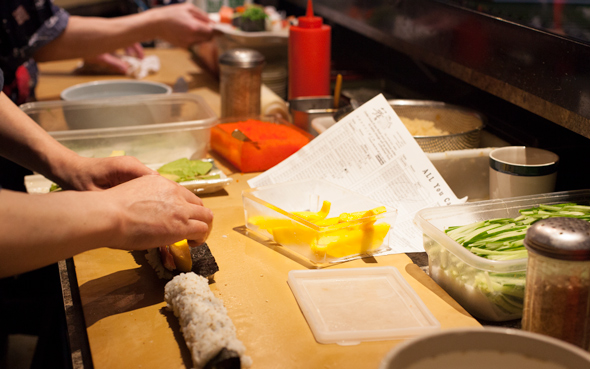 Service is swift and friendly, even as the place slowly filled, our server was in constant contact, checking in and happy to take our repeated orders. The restaurant features an open kitchen tat offers views of the chefs in action. As far as AYCE options go, the fish is fresh, the service is swift. That's good enough for me. 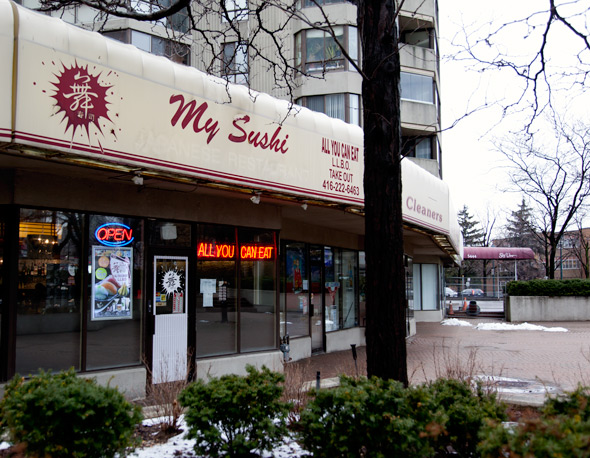