Mr. John’s Kerala Kitchen is a takeout spot specializing in cuisine from the southern state of India.

This pared down warehouse is home to a hot table of eats you’ll find in Malayalee households, meaning no butter chicken or other Delhi dishes here. 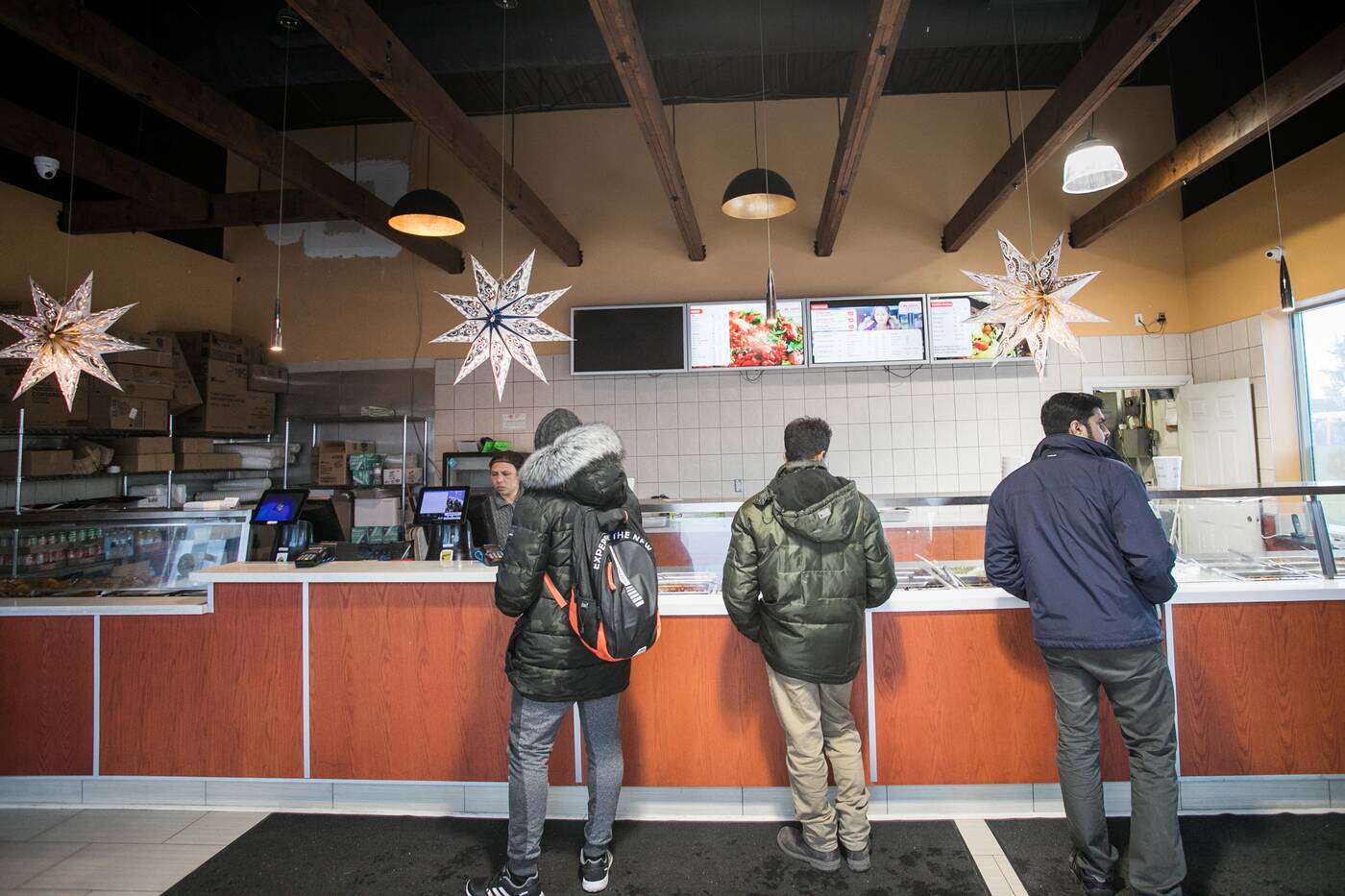 It’s unclear who Mr. John is exactly, but what’s for sure is that he’s the same man of mystery behind one of North America’s most famous plantain and cassava chip companies of the same name.

You’ll find bags of those chips in abundance at the grocery store Royal Kerala Foods next door, which despite its name, has no official affiliation with this Keralite kitchen. 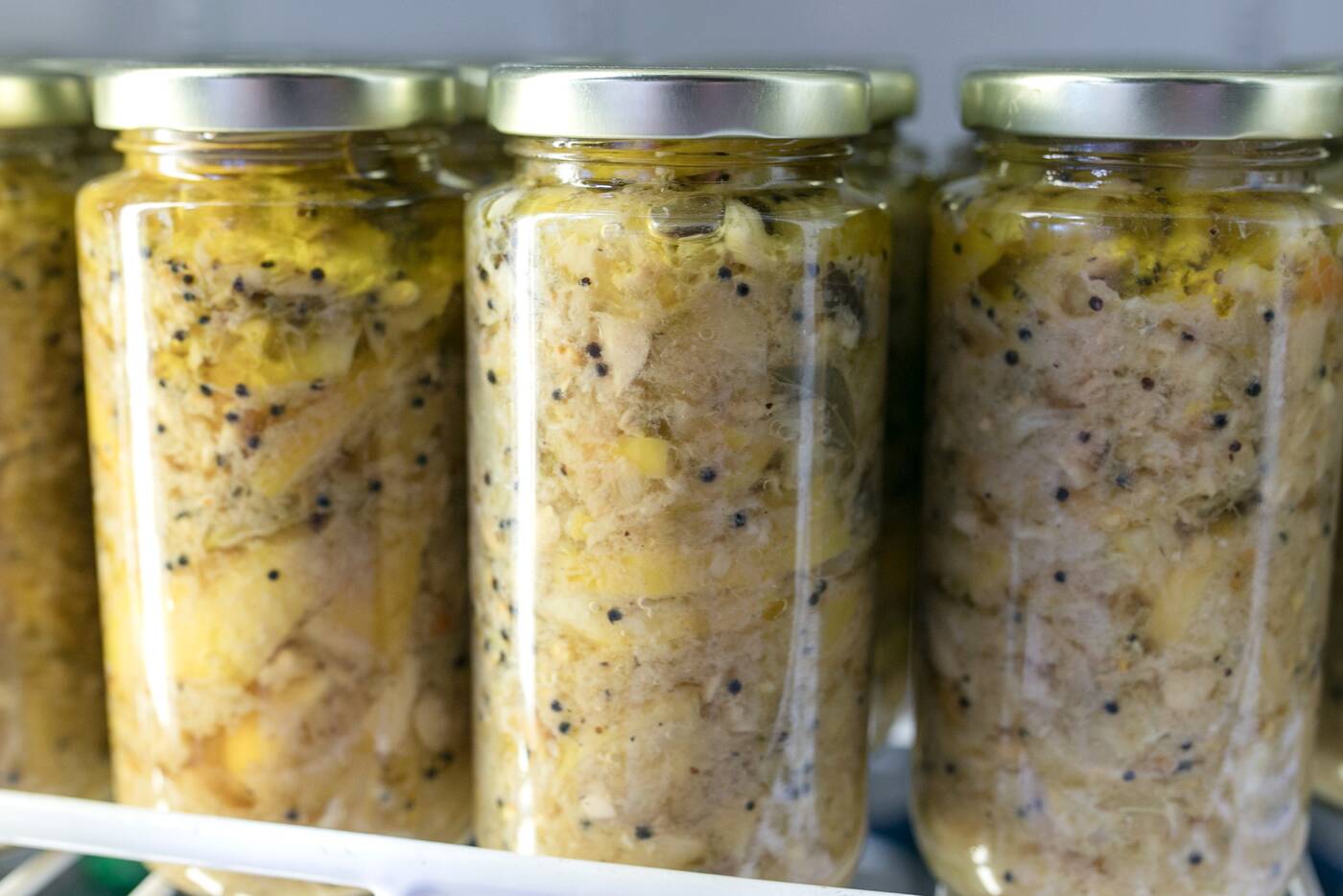 While the brand has been pumping out chips from their Etobicoke factory since 1997, this restaurant has only been around since 2014.

Get in line and choose from more than a dozen items like curry, rich meats, and veggie options, many thickened with coconut milk, that the port towns of this State are known for. 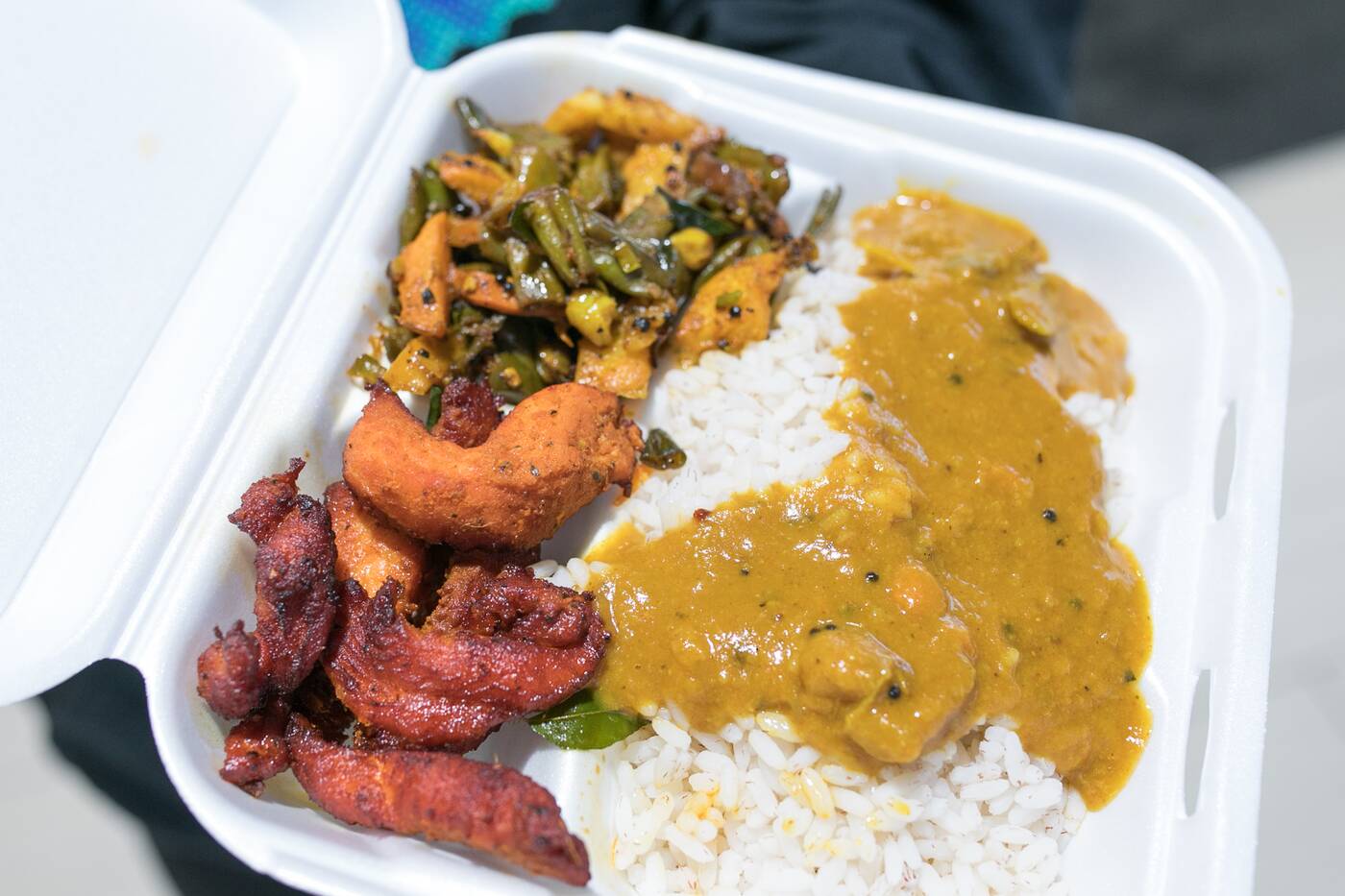 It’s takeout only here: no tables or seats to speak of means your styrofoam box orders are best eaten at home, or maybe in the car, if it’s that kind of day. 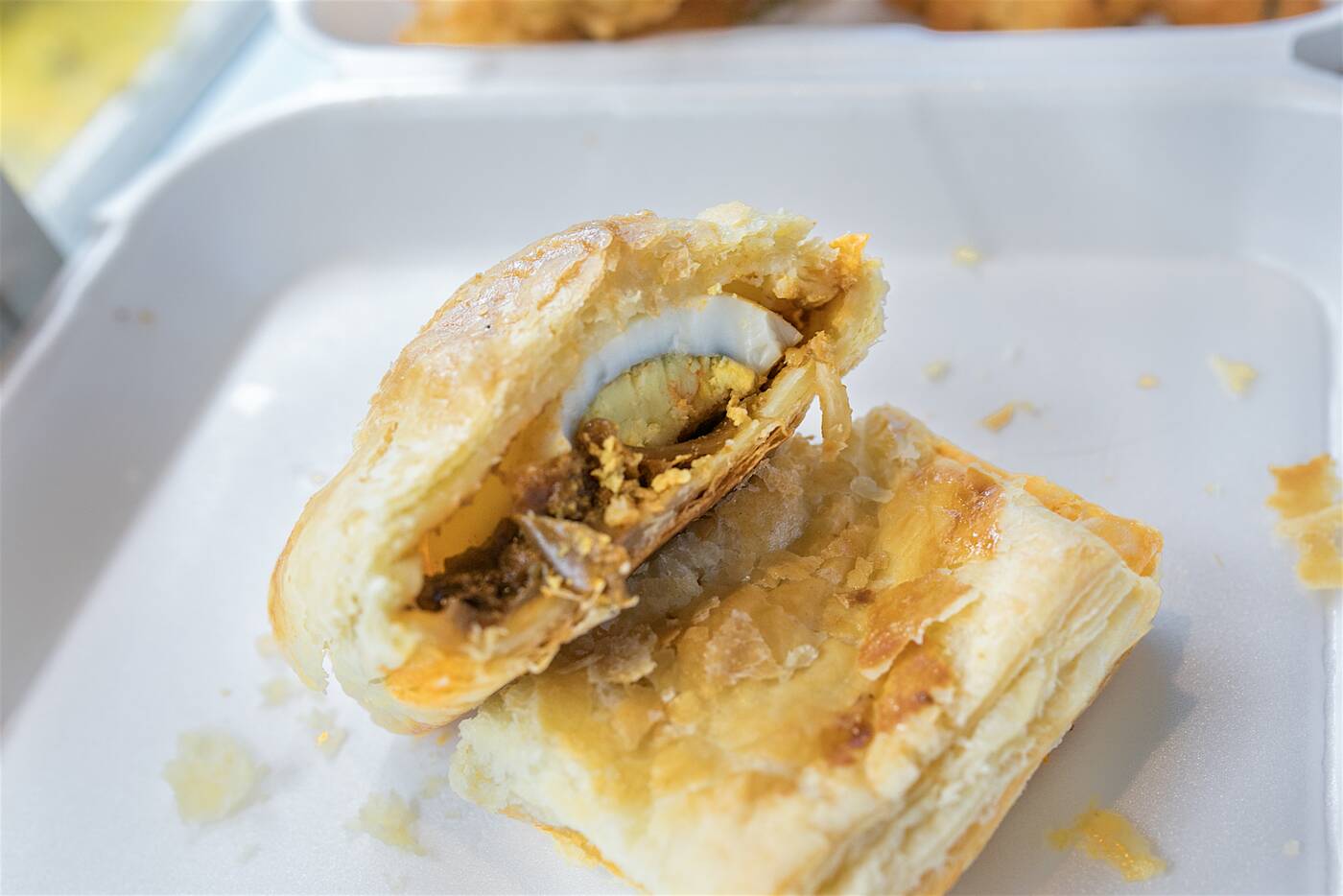 An entire section of the counter is dedicated to fried eats like Kerala egg puffs ($1.50 each), which are pastries with hard-boiled egg inside. 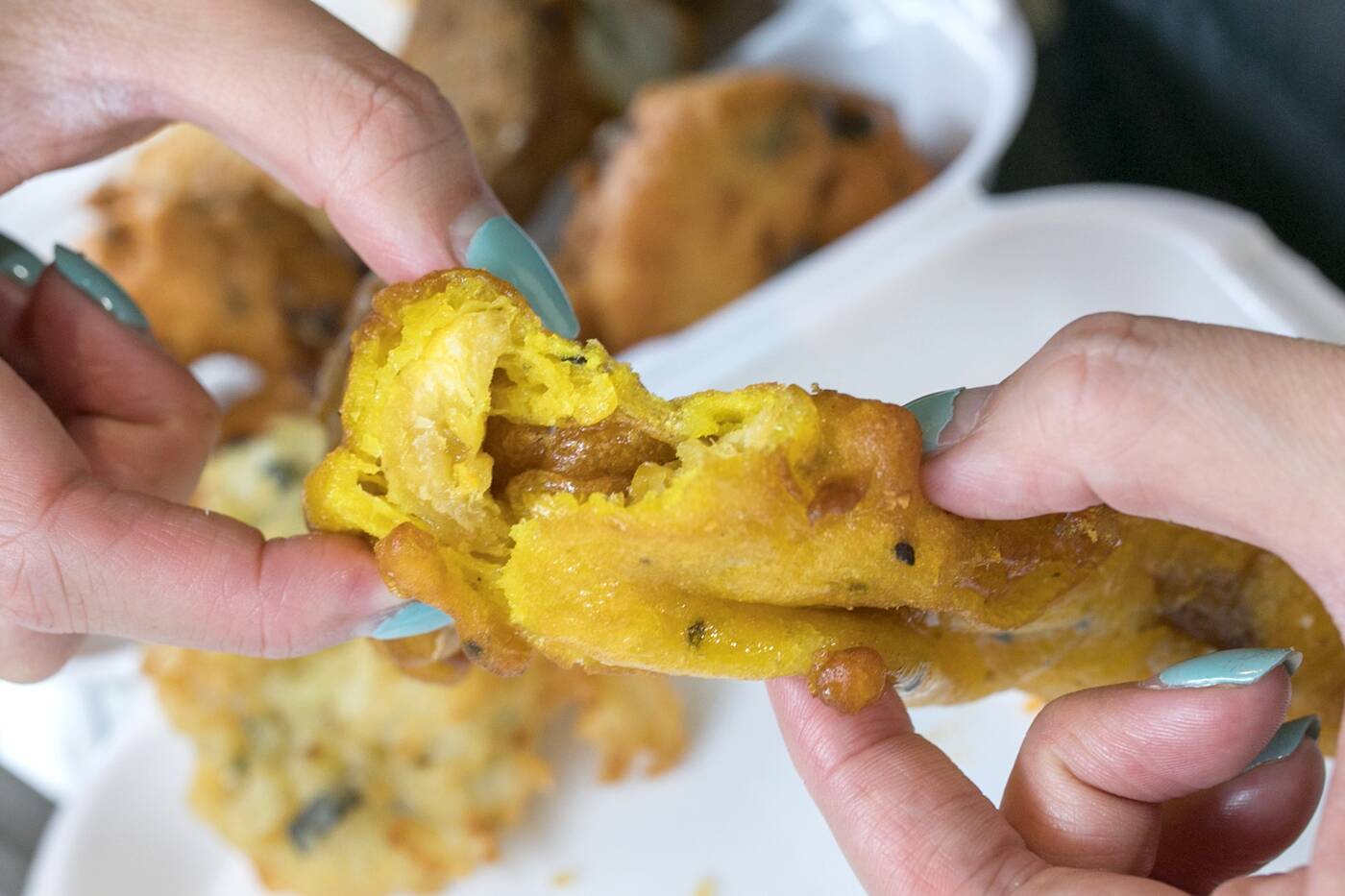 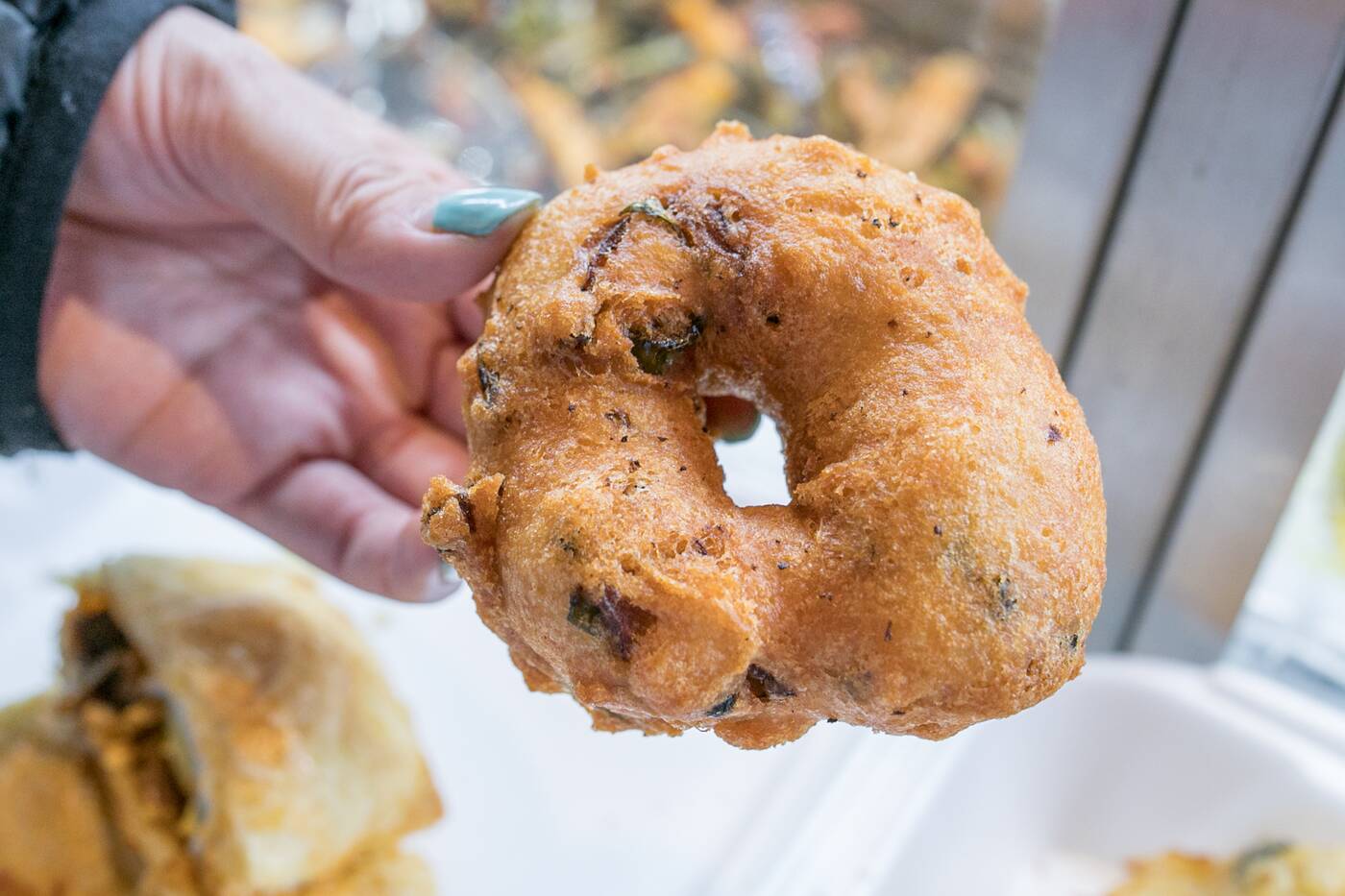 My favourite is the crunchy onion fritter called ulli vada (50 cents each), but at the end of the day, you can't go wrong with anything fried.

Unfortunately, puttu, the rice powder and coconut bread typically served for breakfast, is being discontinued from the menu, but other exemplary Malayali dishes include a variety of fried food, like pork fry ($7.89 for a regular size). 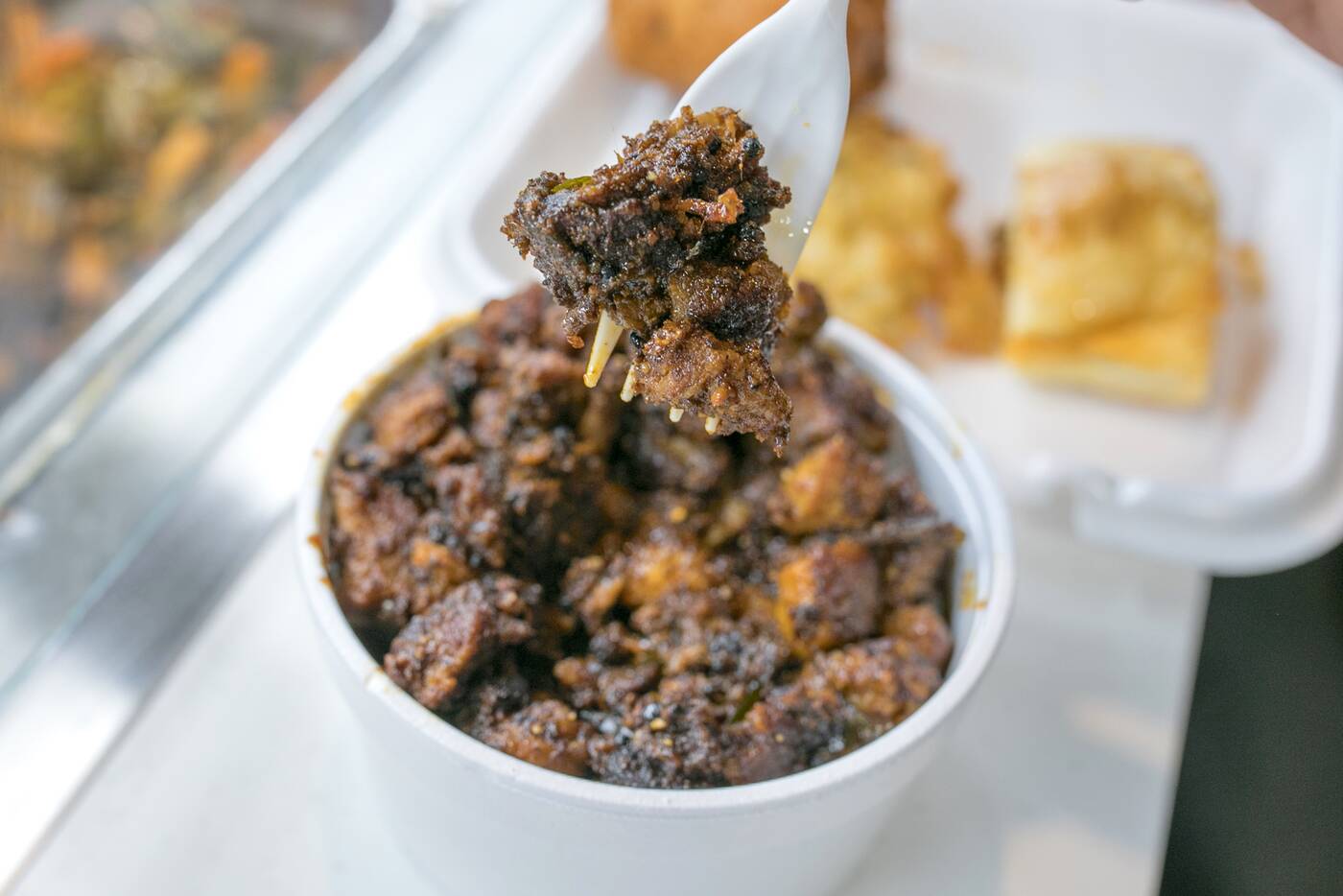 This nadan pork ularthiyathu, popular in the Christian households in Central Kerala, uses fatty slow-roasted pork cubes that’s evenly coated in a thick mixture with garam masala and coconut oil that tastes delicious with a side of white rice.

There are also tons of specials where you can try moru curry or sambar rice. An express combo ($8.99) is a popular order, with two veggie options of your choice and a meat. 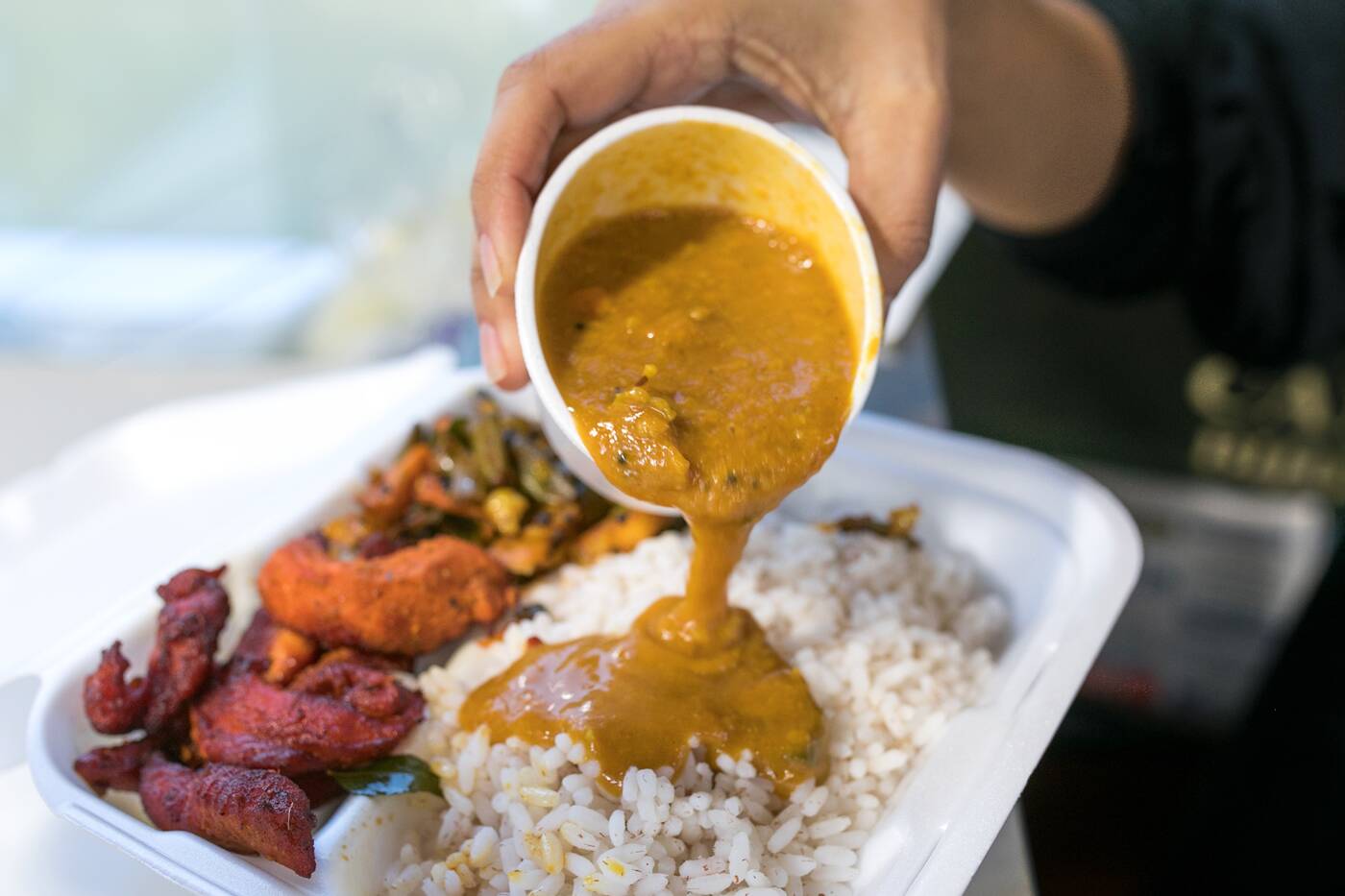 Fried fish fingers ($6.99 for a regular box), or meen, has hints of cardamom and cumin, and tastes great with a veggie curry with lentils. 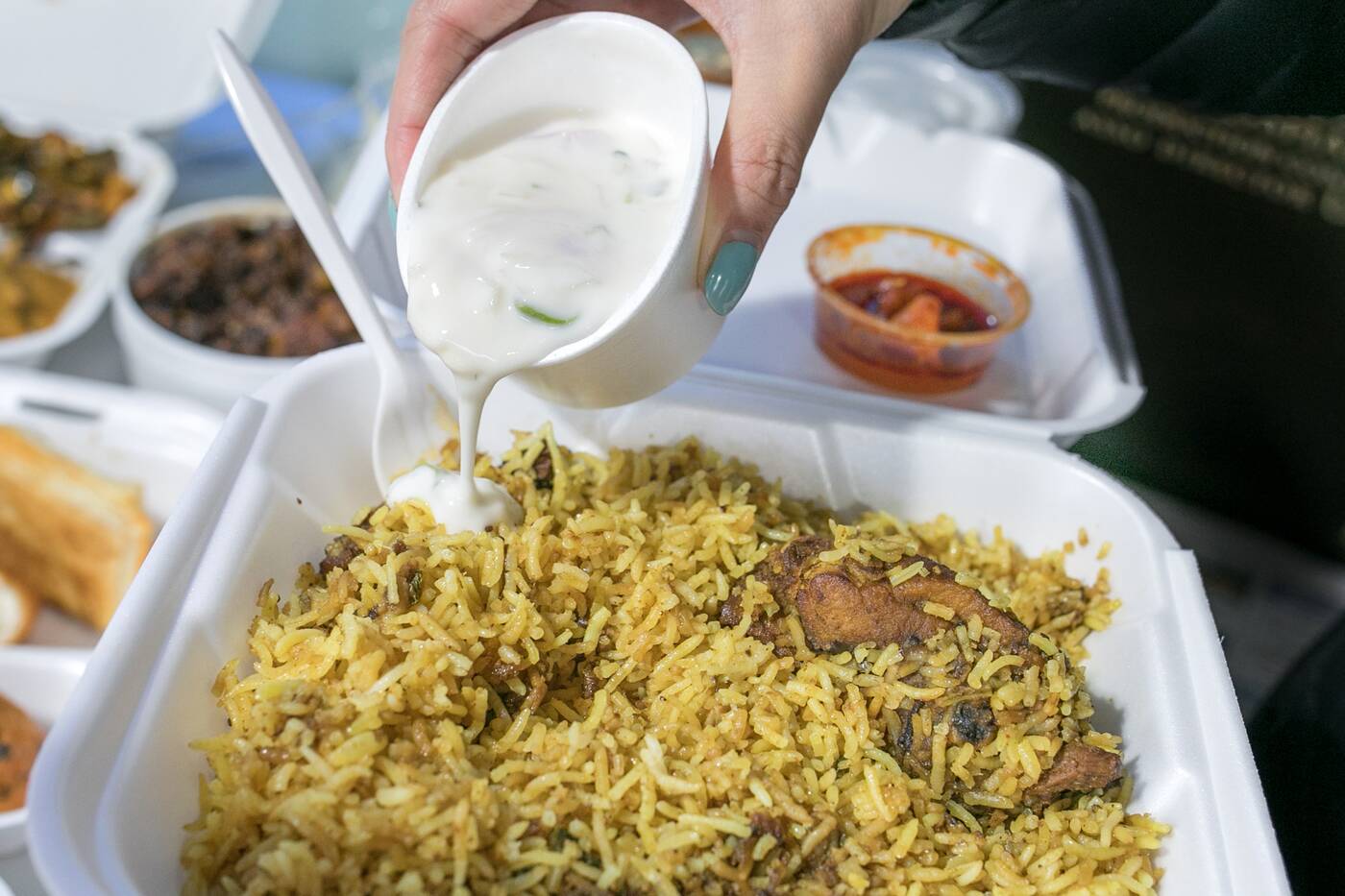 An order of chicken biryani ($7.99) is delicious, and light on the spices. It's served with a side of raita, or cooling yoghurt sauce. 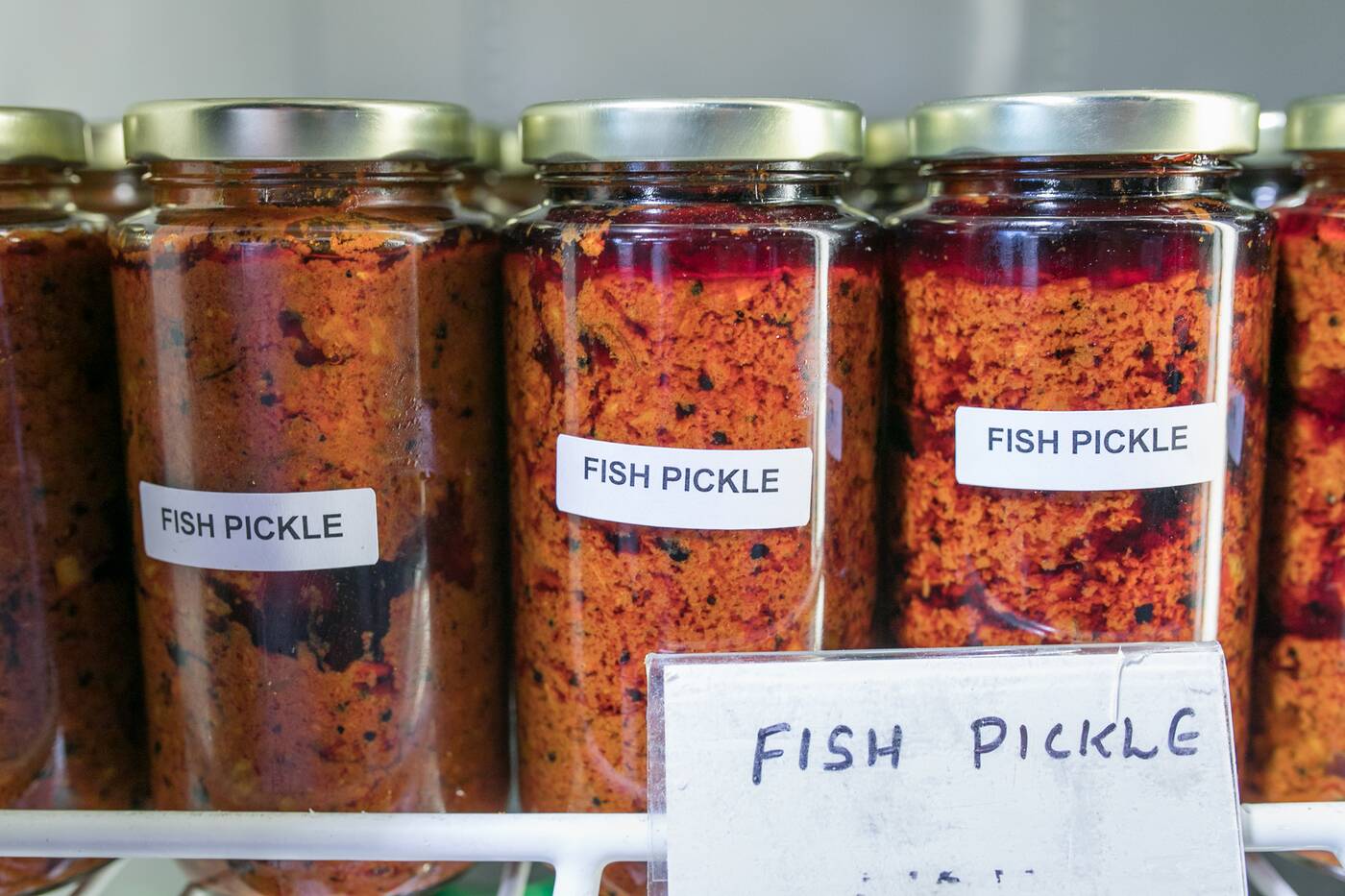 It should be noted that Mr. John’s also makes jars of pickled fish, which you can find in the fridge, and a fragrant pickled lemon sauce that comes with some orders, and adds a whole dimension of zest to these rich dishes. 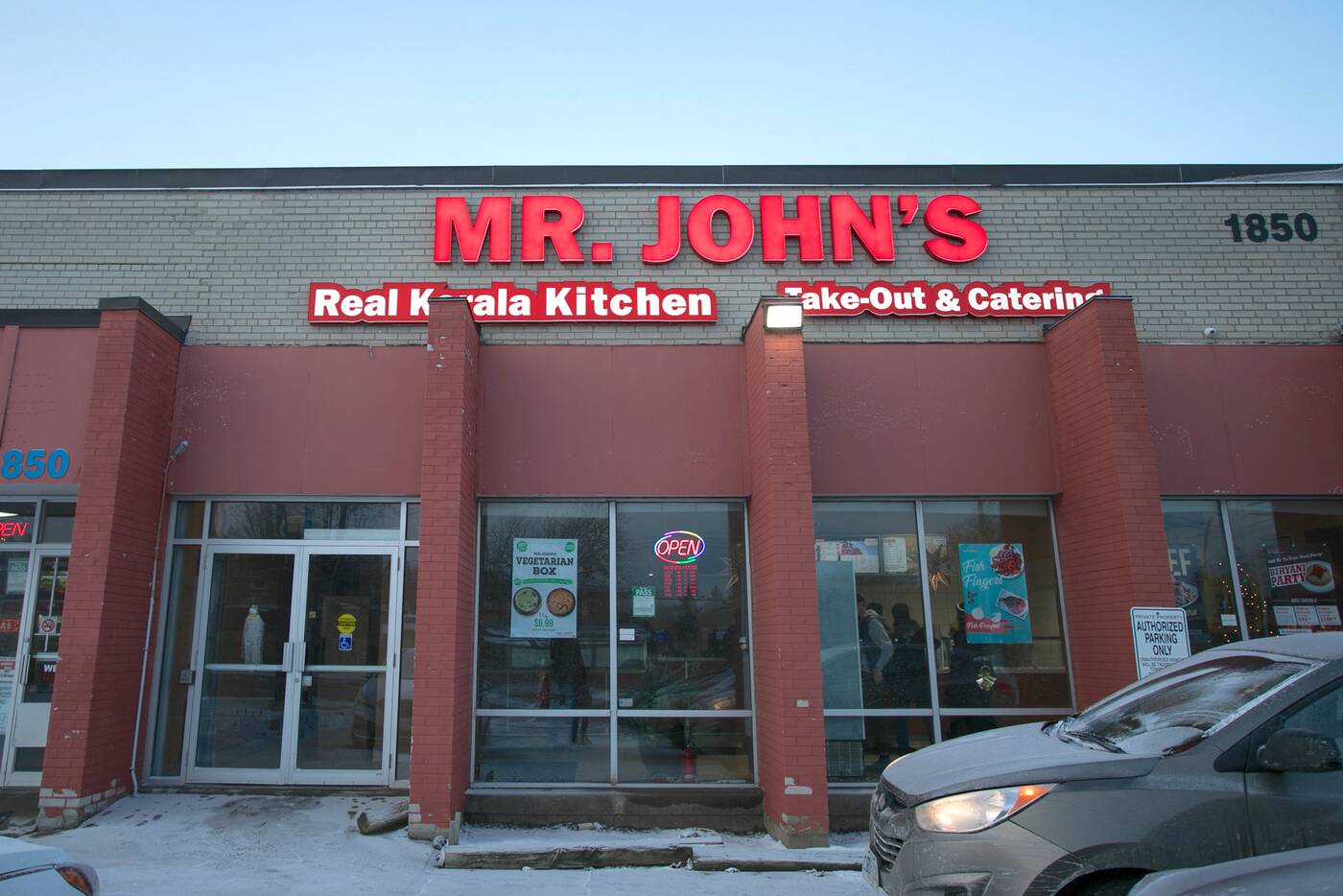