Mr. Flamingo has flown under the radar since opening a couple weeks ago. While it's not hidden, its Dundas West street front is anything but ostentatious, quietly announced by just its name handwritten in gold on the door as the facade retains the same look as the Portuguese grill that previously occupied the address.

Perched above Bambi's , the new spot is under the same ownership as the bar below. Mikey Apples has recruited a team that includes a pair of ex- Black Hoof staff in Tommie Cheng (head bartender) and Ainaz Maleko (FOH), while former Happy Child chef Fan Zhang heads up the kitchen. Sommelier Jamie Drummond oversees the wine list. That's some impressive service chops. 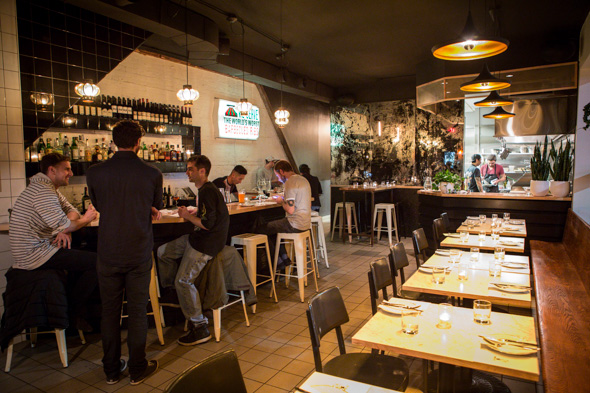 The 34-seat room consists of tile floors, white painted brick, bare tables and pew-like banquettes. There are only a few ornamental features, like distressed mirrors and a salvaged sign that, when lit up, announces "The World's Worst Barbecued Ribs." Candlelight might be responsible for most of the ambience. 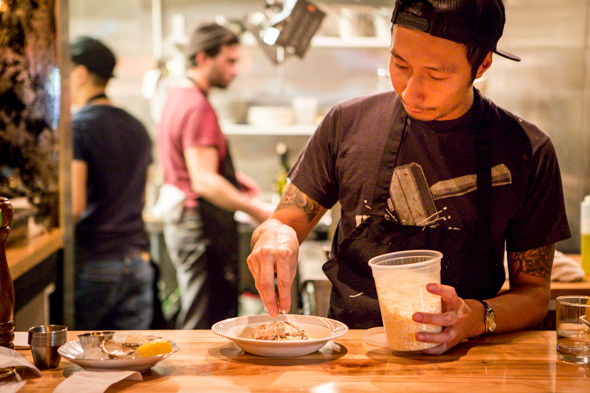 The eclectic menu is set to change frequently, driven by daily market finds and seasonal ingredients. Chef Zhang describes it as "open format," meaning that there's no prescribed way to eat - you could come in for a cocktail and a snack, share in a few small plates, or order one of the more substantial dishes. 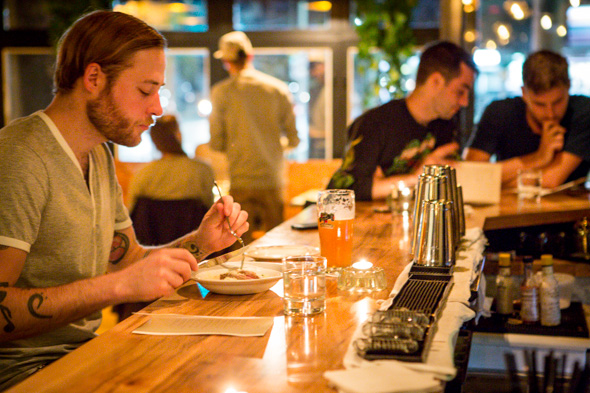 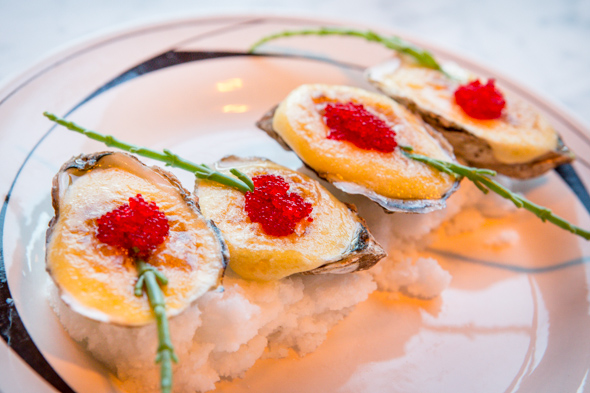 Fresh shucked oysters (MP) are available as individual orders, or there's a lobster baked variation ($13) served four oysters at a time on the half shell, topped with an aerated lobster hollandaise that's finished under the broiler and decorated with sea asparagus and tobiko.

Next there's made-to-order burrata ($15) served with seasonal accompaniments. The evening I visit, the dish is composed of a ball of fresh cheese with the last of this summer's juicy and sweet heirloom tomatoes. It's certainly delicious, though falls short of expectations on account of its overly firm centre and lack of creaminess. I'm told an upcoming variation will see the soft fresh cheese stuffed with truffles and paired with golden beets. 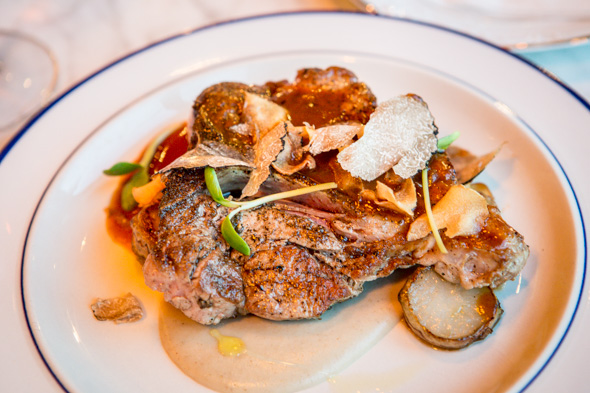 The kitchen gets it right with the veal T-bone ($17), a perfectly-cooked steak laid over sunchoke purĂŠe with perigueux sauce (demiglace and Burgundy truffles finished with Madeira) and garnished with earthy sunchokes and a flourish of shaved truffles. I would have licked the plate if I'd thought no one was looking. 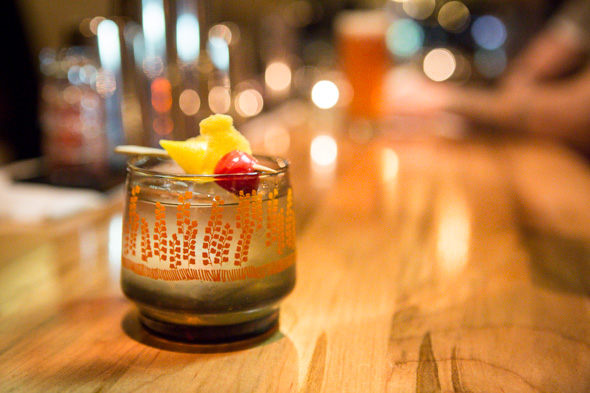 The wine list is concise, offering just ten labels divided into reds and whites and sold by the 6oz glass ($9-15) or by the bottle ($35-$85). Cocktails range from $12 to $14 and include scrupulously crafted classics like manhattans, mai tais and negronis (editor's note: both Cheng and Maleko are excellent bartenders). 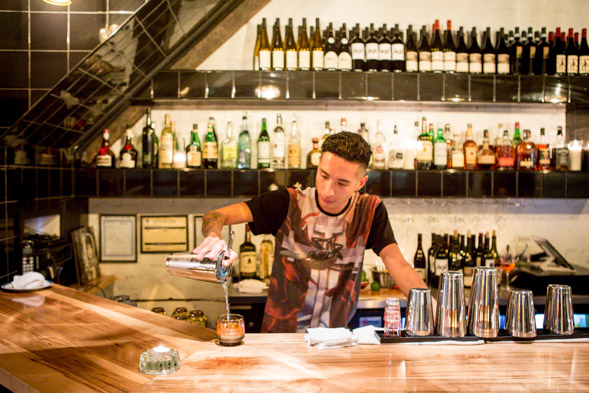 Mr. Flamingo is the kind of place where the food is ambitious and the libations are fun, but there's no need to dress-up (not fancily anyway), and being on your best behaviour is not really a requirement. 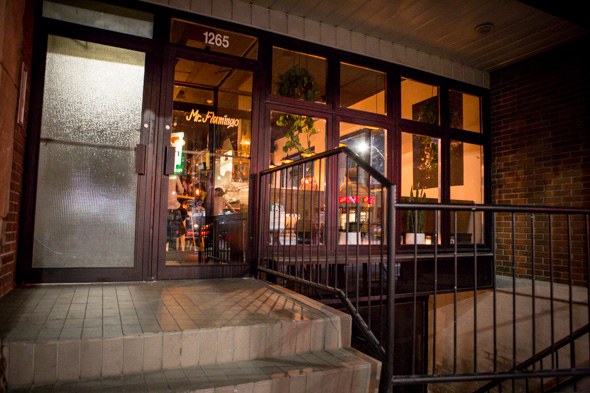