Momo Hut is a Tibetan restaurant sitting in the heart of Greektown.

The first restaurant in Toronto's history to ever serve momos on the east side, let alone east of Spadina, this cozy spot offers a rare opportunity for Danforth locals to eat Tibetan without travelling to Parkdale to get it. 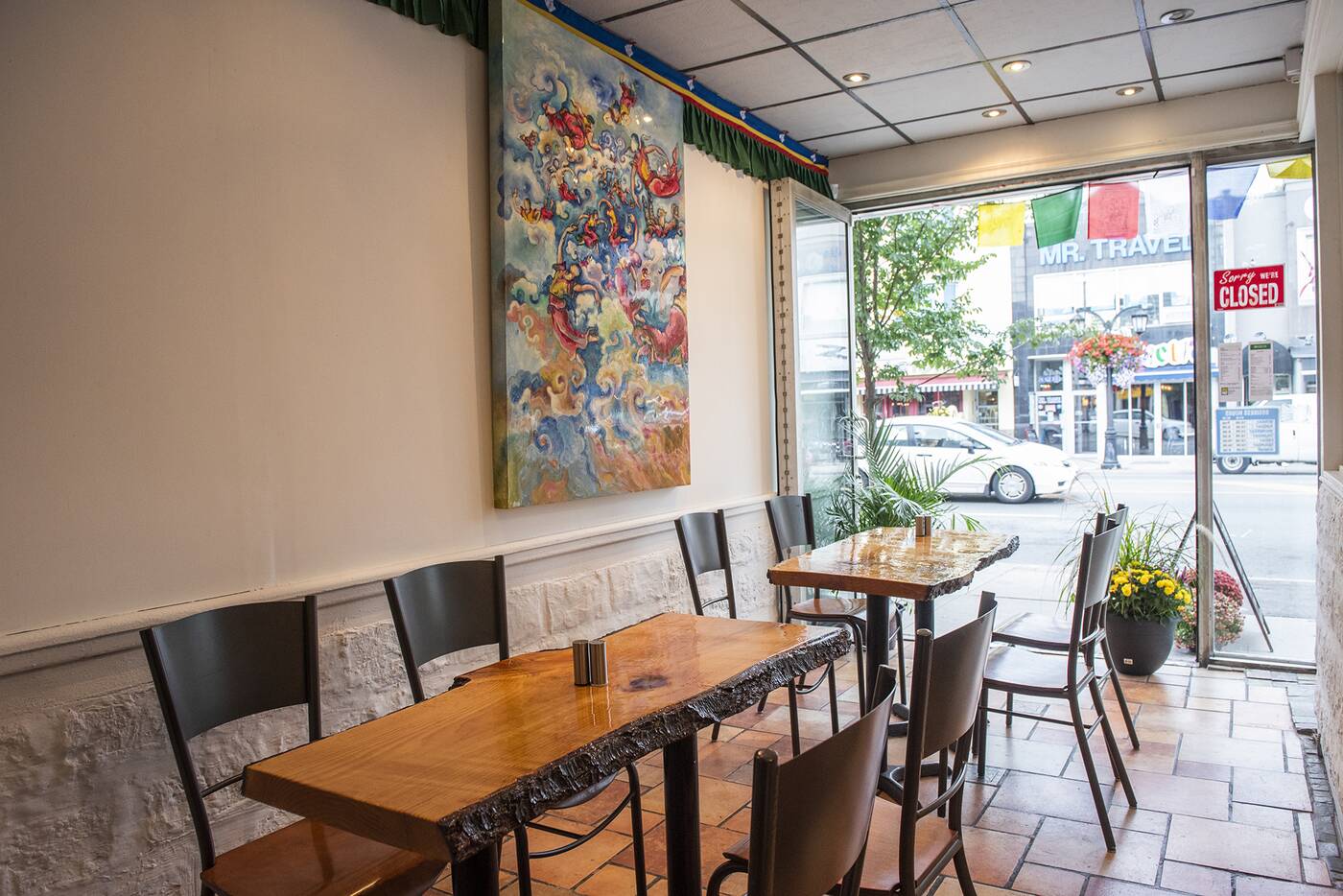 Momo Hut's owner Tashi Nangsetsang is no stranger to opening up 'firsts', in fact he was the one to establish Parkdale's first Tibetan restaurant, Rangzen Cafe, back in 2003, before the concept of Little Tibet as a culinary destination even existed. 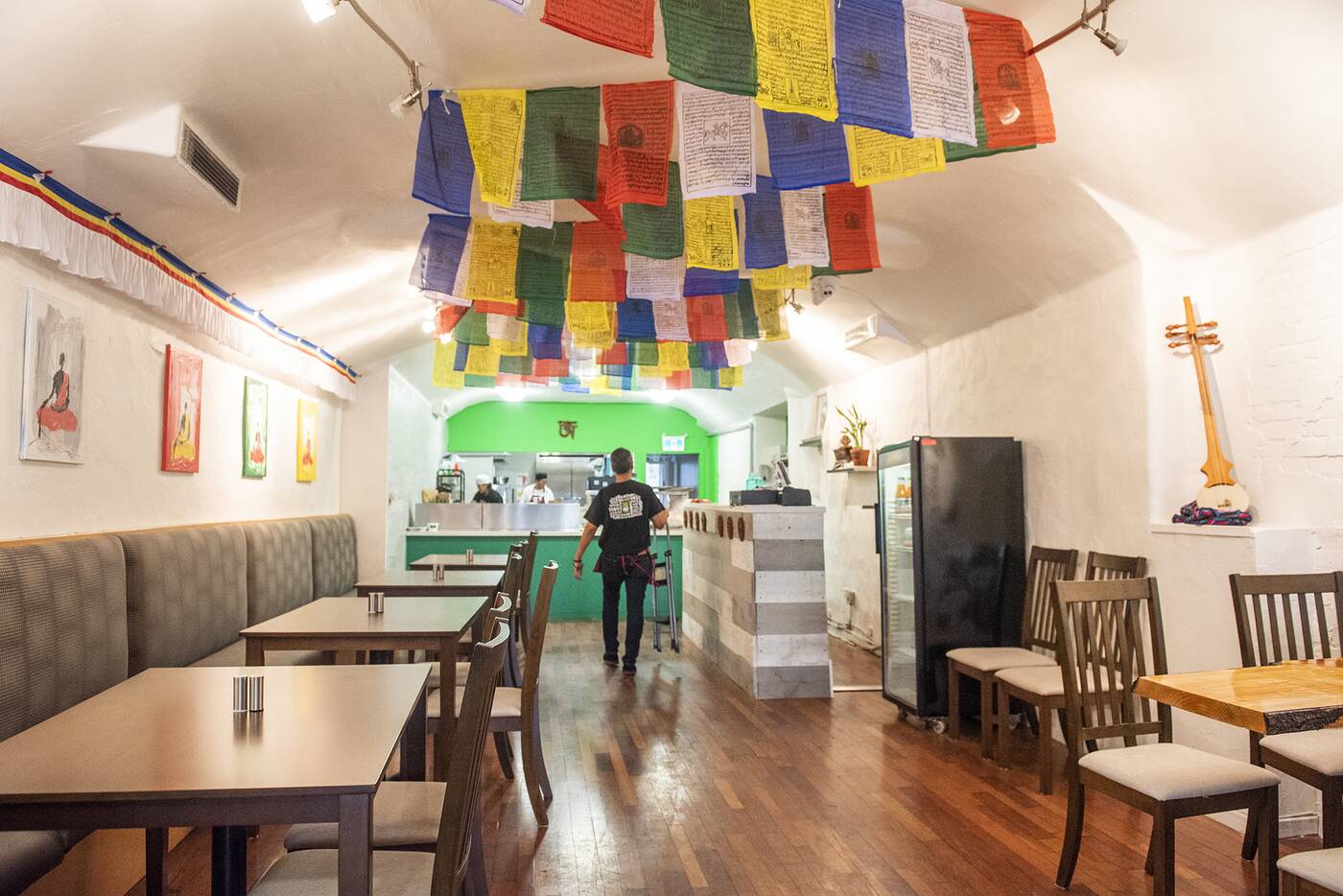 Translated to 'Freedom Cafe', Rangzen was an opportunity for Tashi to form a community while informing non-Tibetans about the plight of Tibetans exiled from their homes. Rangzen closed after eight years, paving the way for what is now Shangri La. 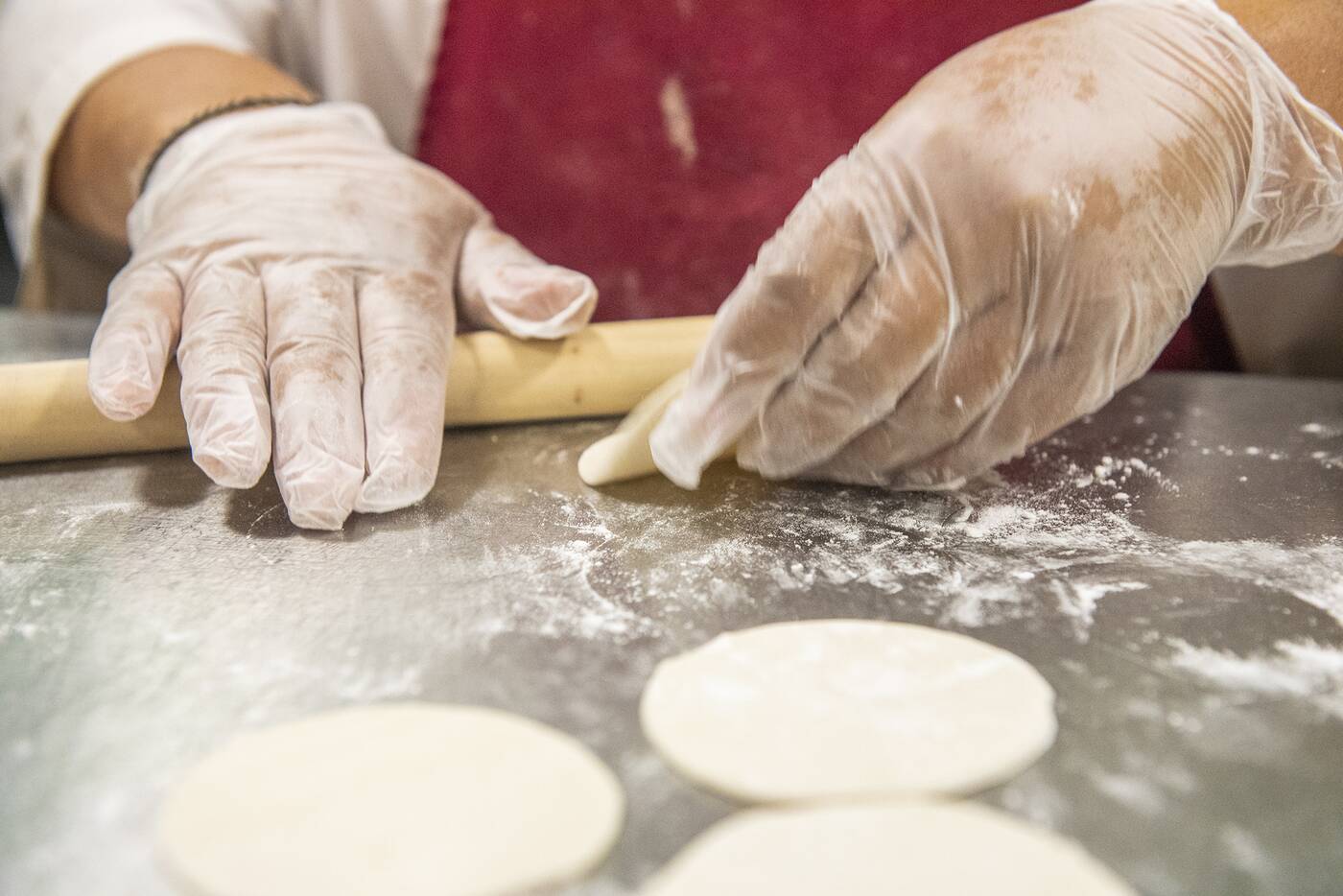 Though the restaurant's architecture feels slightly Mediterranean—with archways and white stucco walls—everything else about Momo Hut is distinctly Tibetan. 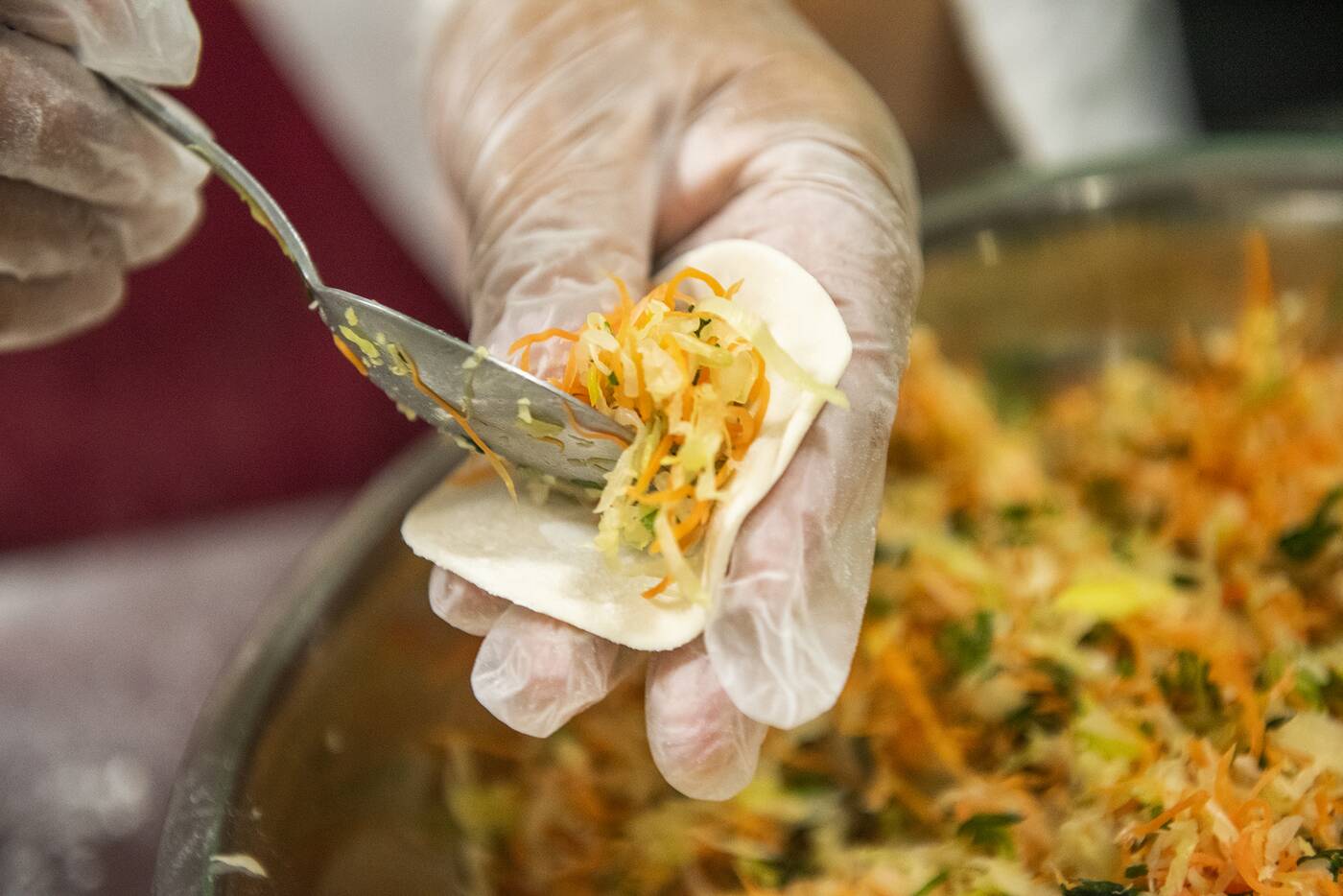 A beautiful piece of artwork by Tibetan artist Tashi Norbu hangs at the front of the restaurant, and Buddhist monk chants make up the soundtrack. 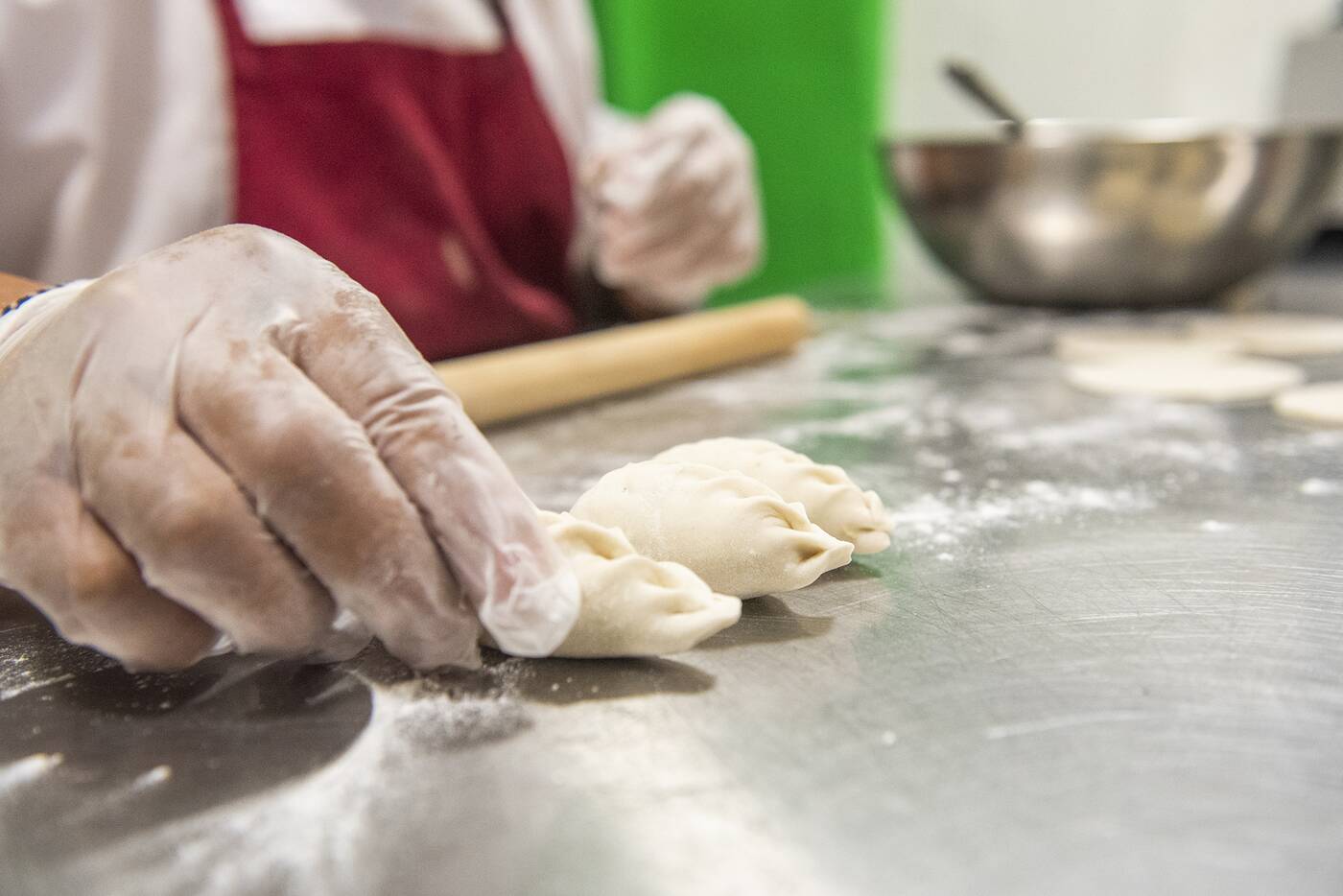 The menu here is lean, offering a more refined list of appetizers, a couple of curries, and the main attraction: momos. 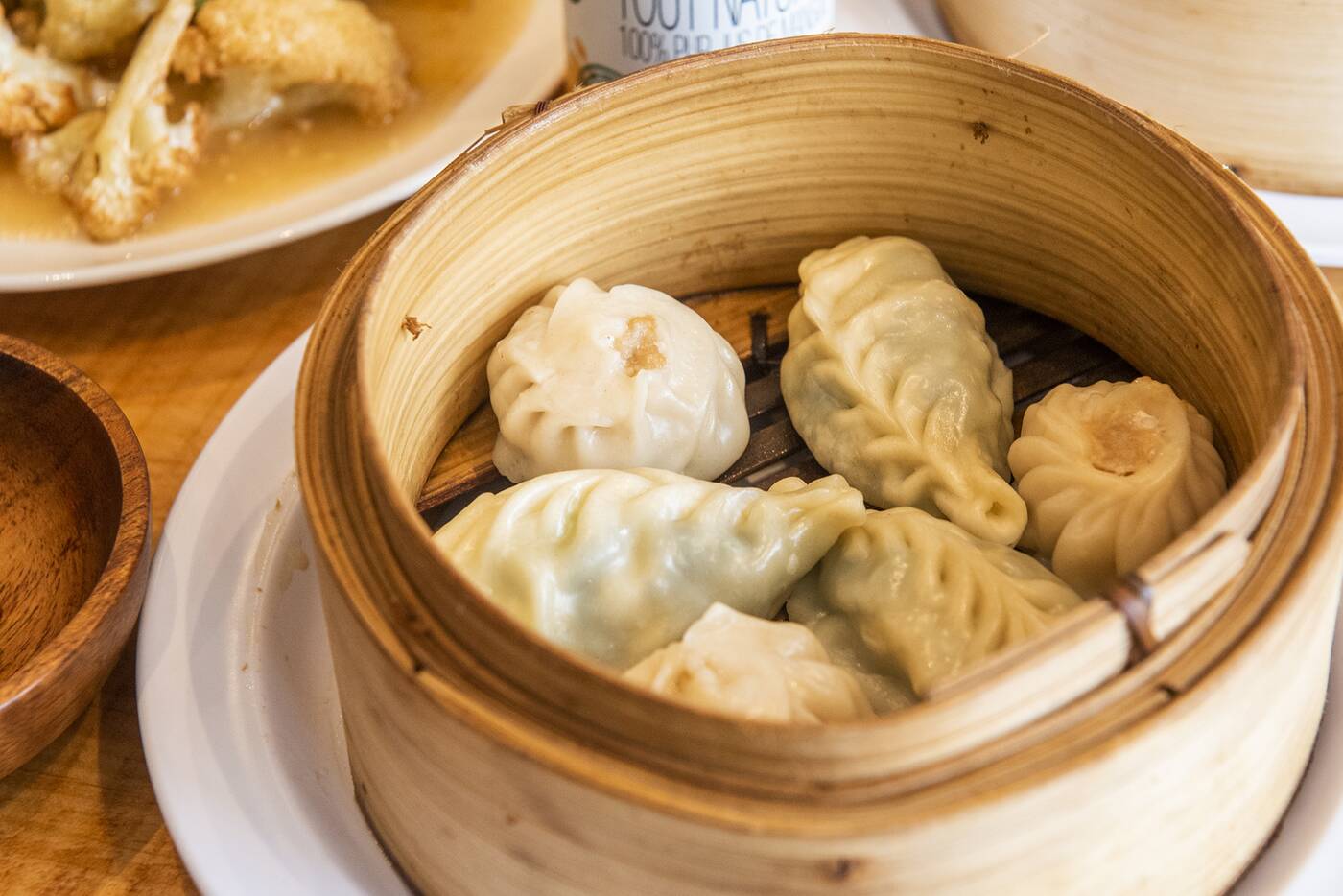 While you may be used to Tibetan steamed dumplings generally all coming in the standard half-moon shapes, Momo Hut makes different types to help you distinguish between the different fillings. 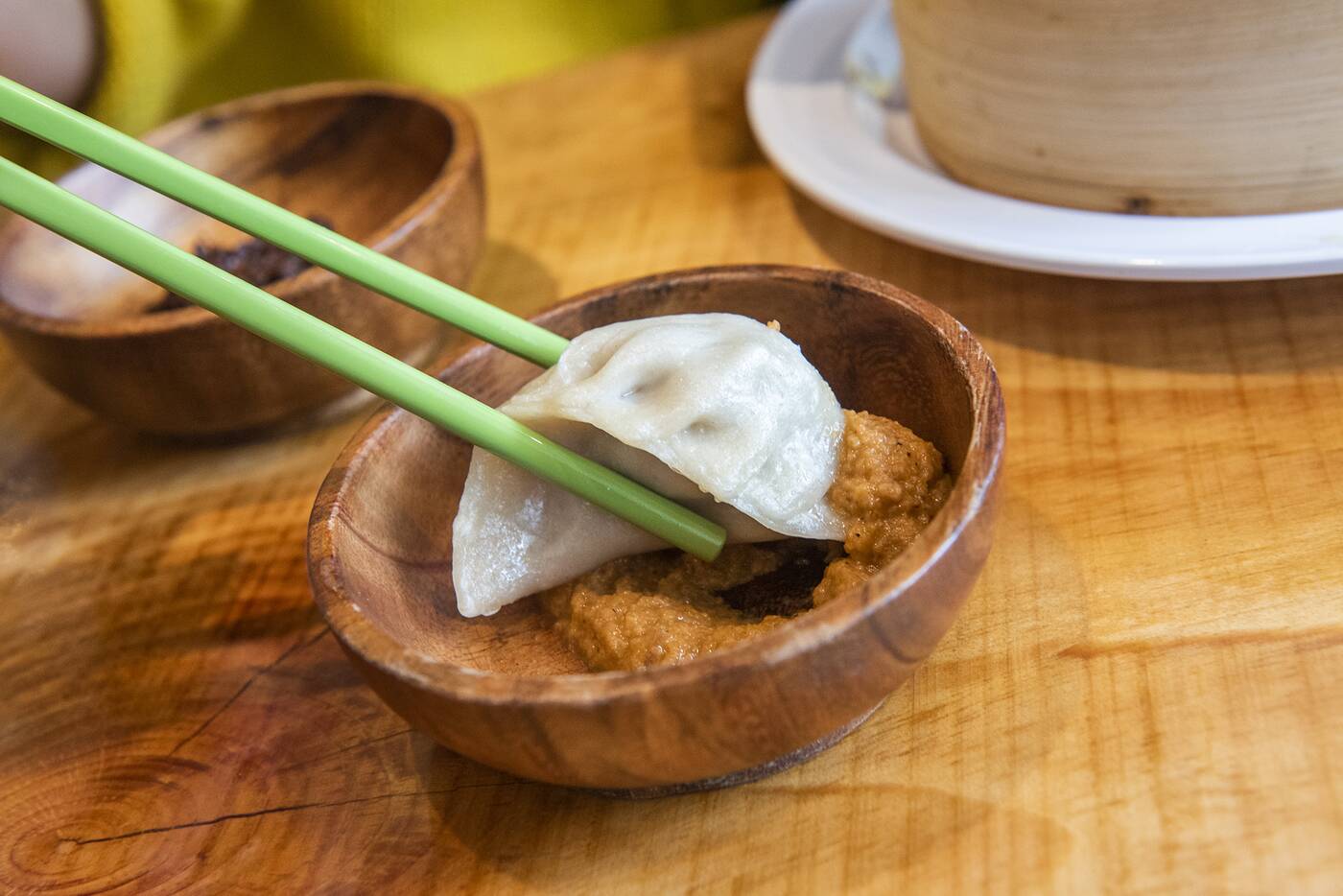 Beef dumplings (10 pieces/$9.99) come in your standard crescent shapes. All momos come with a side of fried chilli pepper made with cayenne, grounded chilli, and another similar sauce with tomato and garlic. 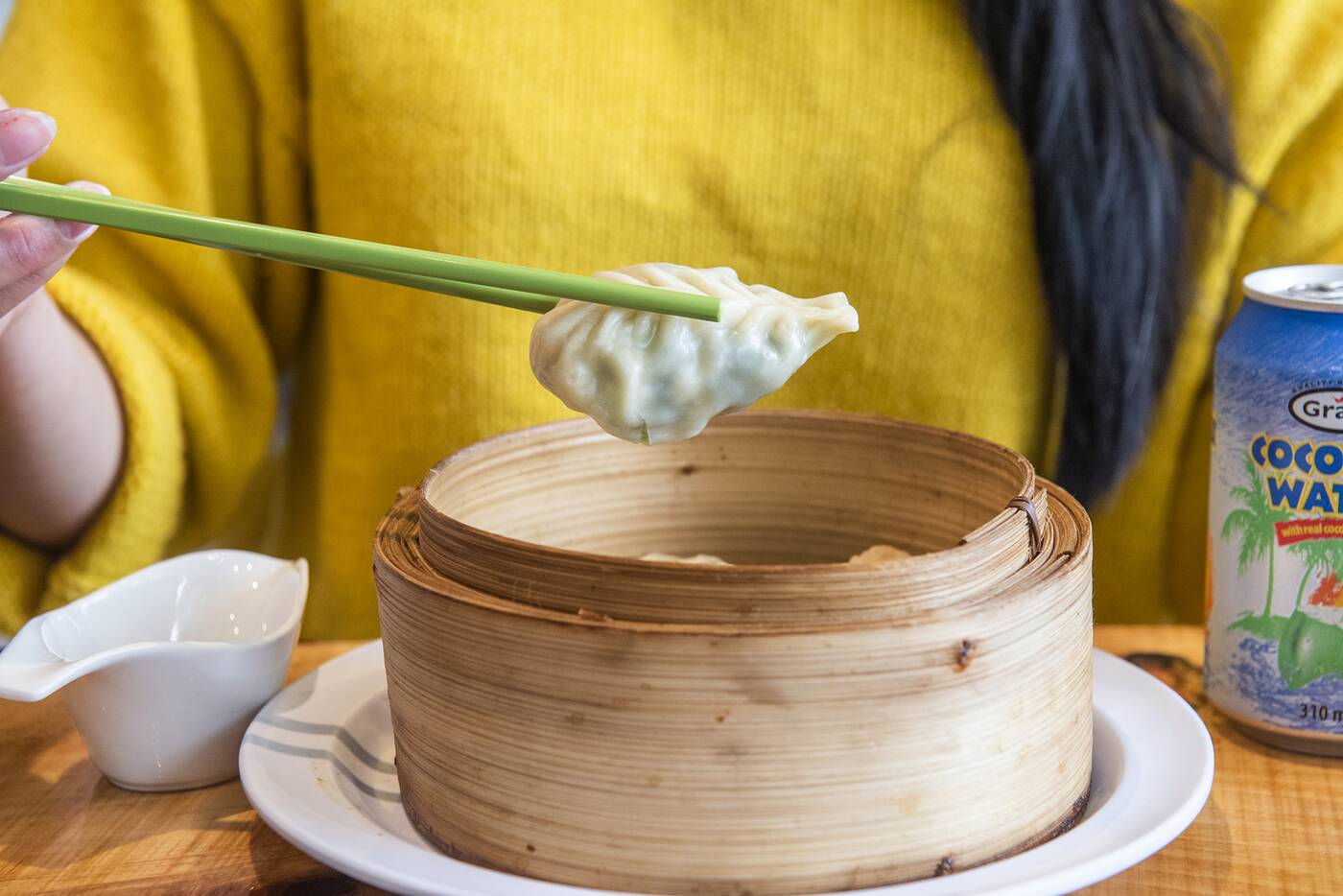 Spinach and feta dumplings—an ingredient mix that pays hommage to Greektown—come in the most unique shape, with dough pinched together on top to form a seam effect. 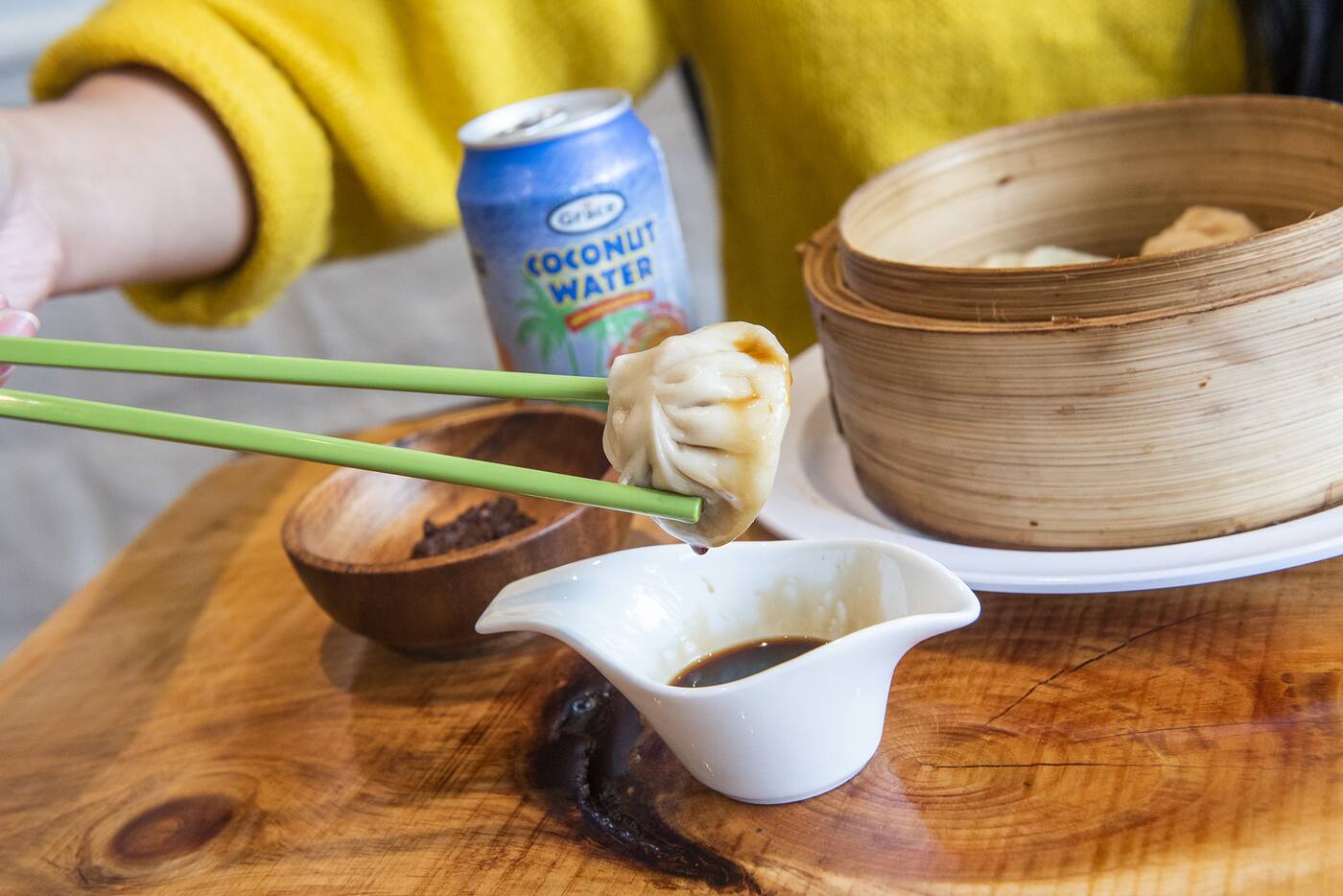 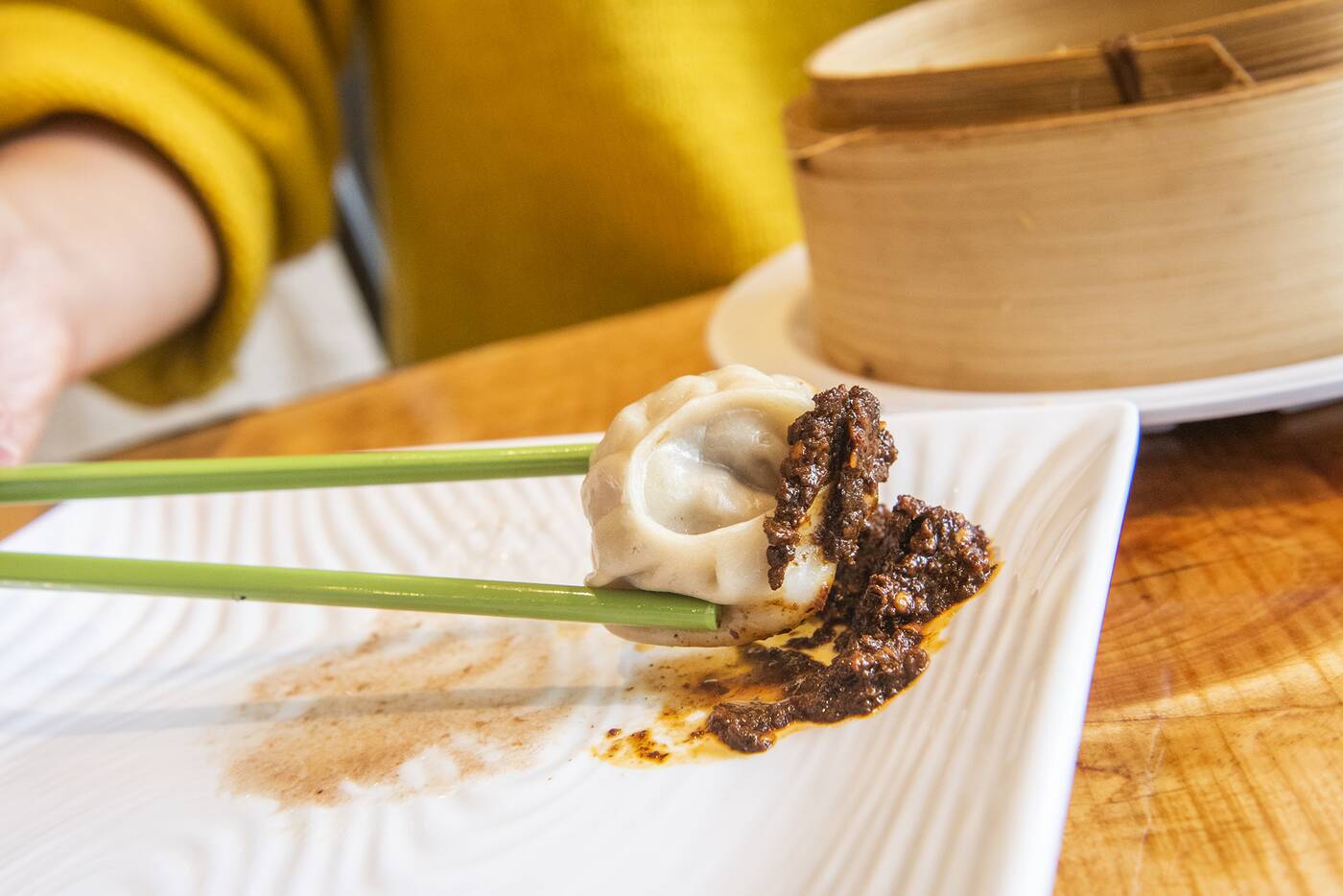 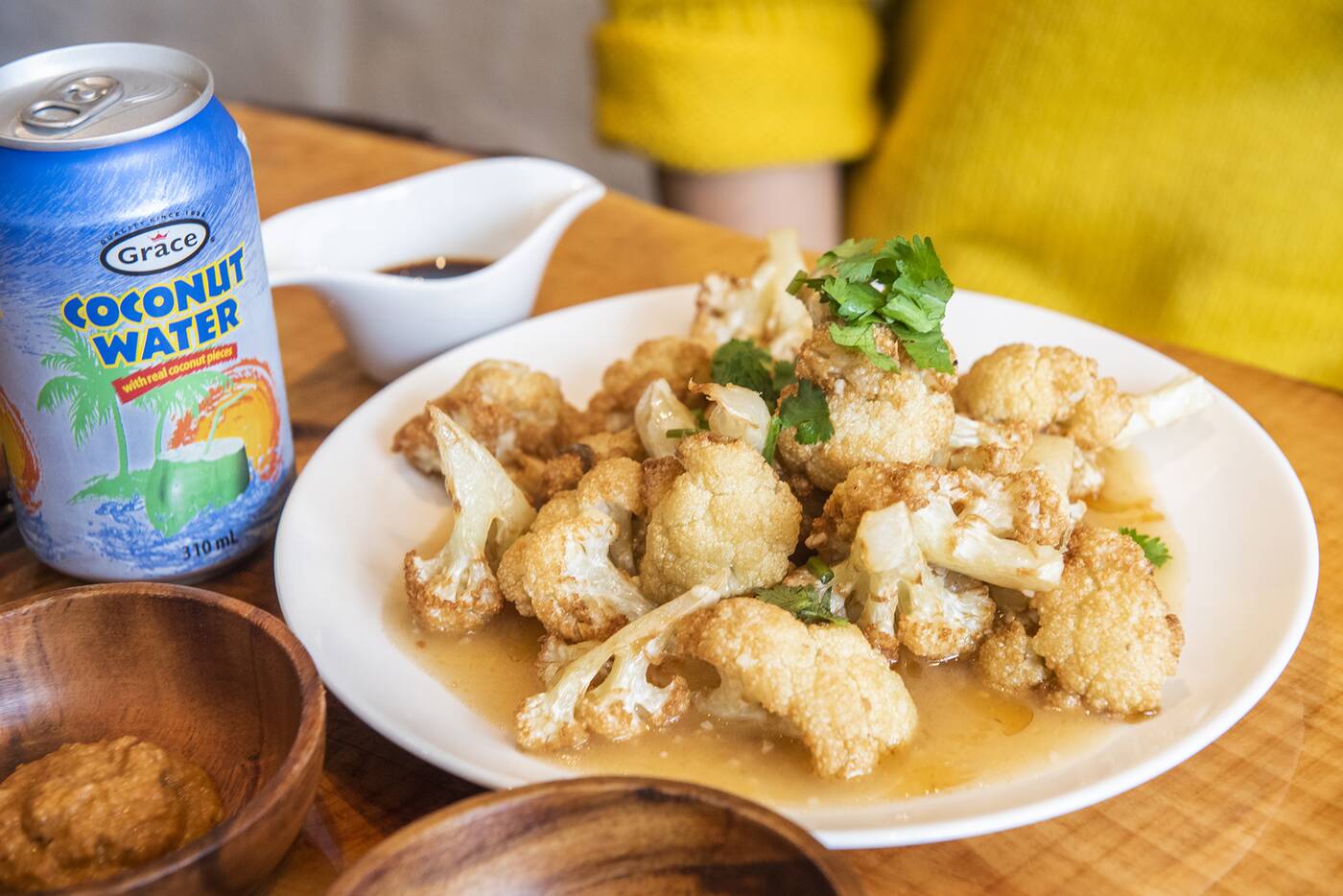 Side dish options include gyurma, which are classic beef sausages ($7.99) and a fairly big portion of crispy cauliflower ($6.99). 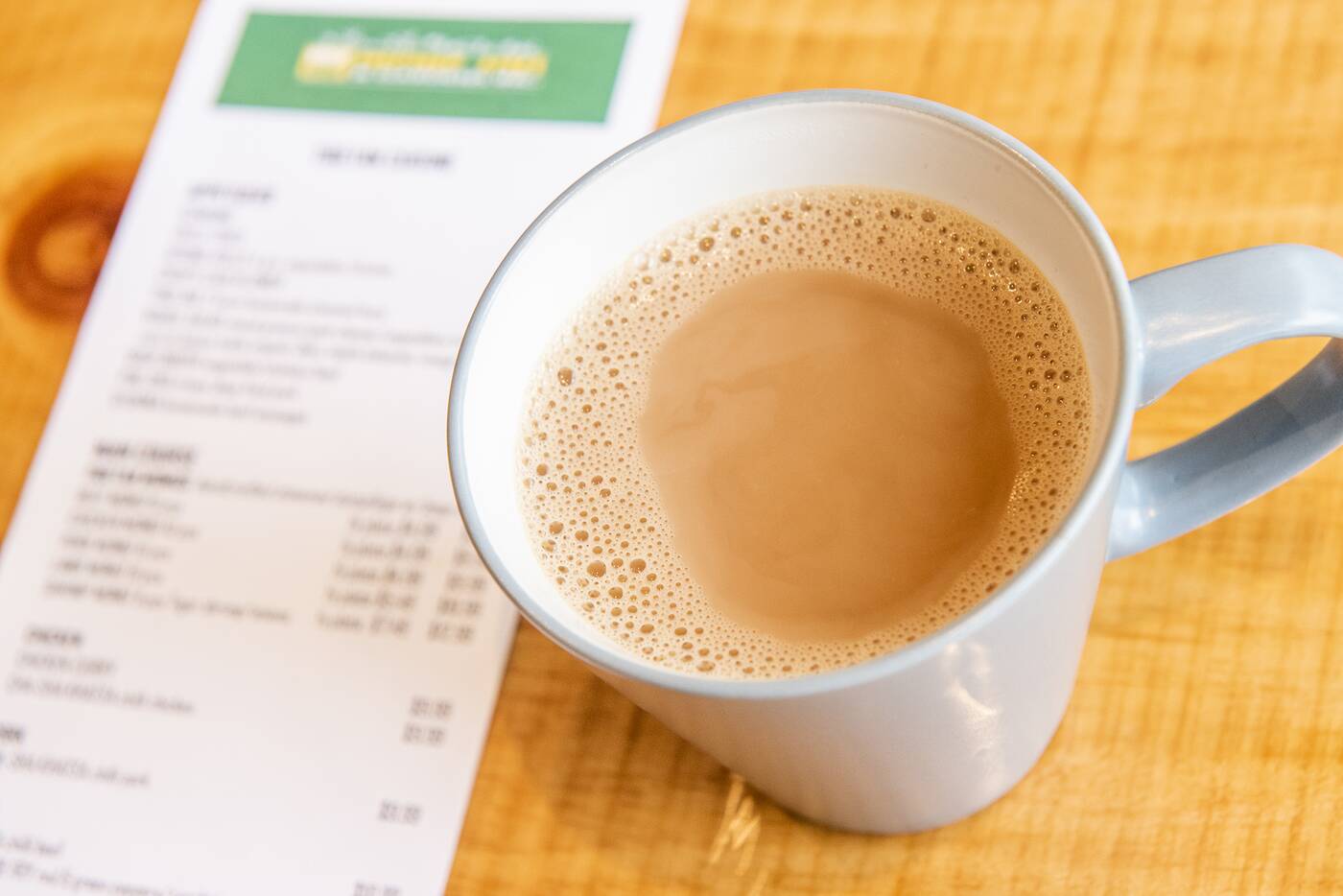 A beautiful cup of sol ja ngarmo, sweet tea with cardamom, will warm your soul any time of the day, and for something more savoury, a cup of bhod cha with salt and butter. 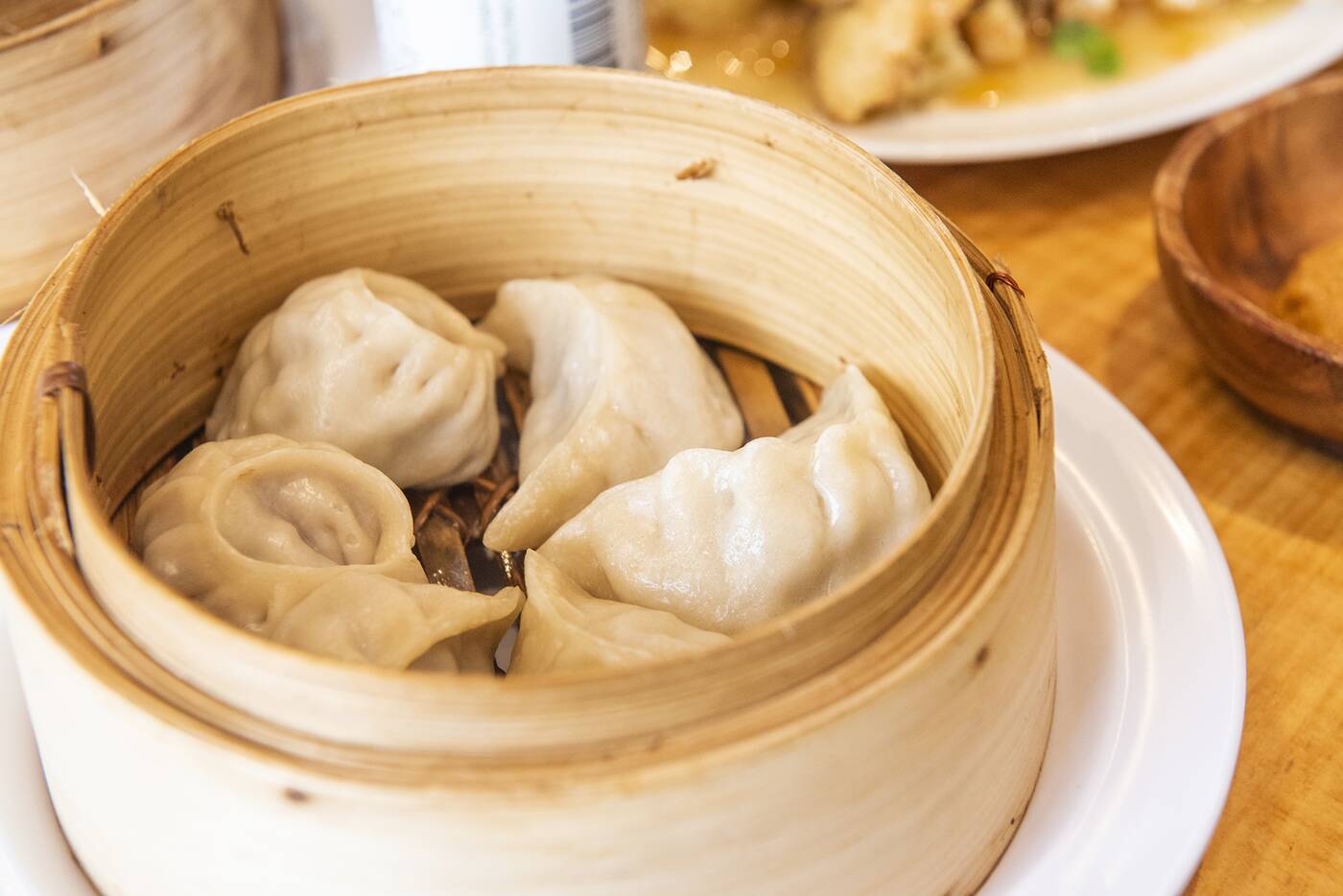 With no competition for Tibetan eats out in these parts, it's safe to assume Momo Hut will fare well on the Danforth. One can only hope that Tibetan restaurants will continue to expand out of the Parkdale area and flourish in the other parts of the city. 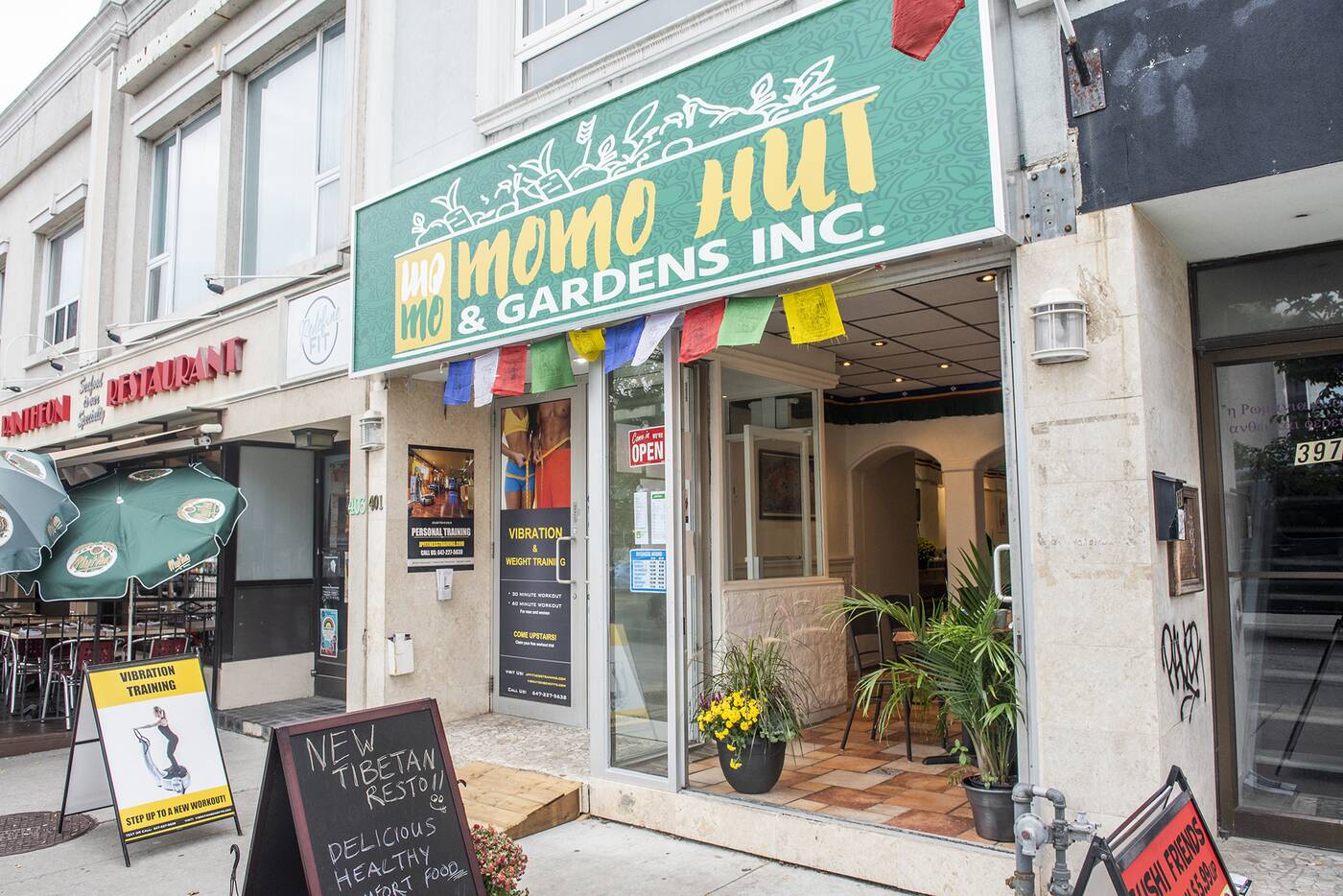