Mascot Brewery has a production space, bottle shop and beer garden where you can grab a bite with a cold pint of some fresh brew in Etobicoke.

The location comes second to the downtown spot on King West and previously acted only as the production facility for the plentiful sours and lagers born out of the brewery. 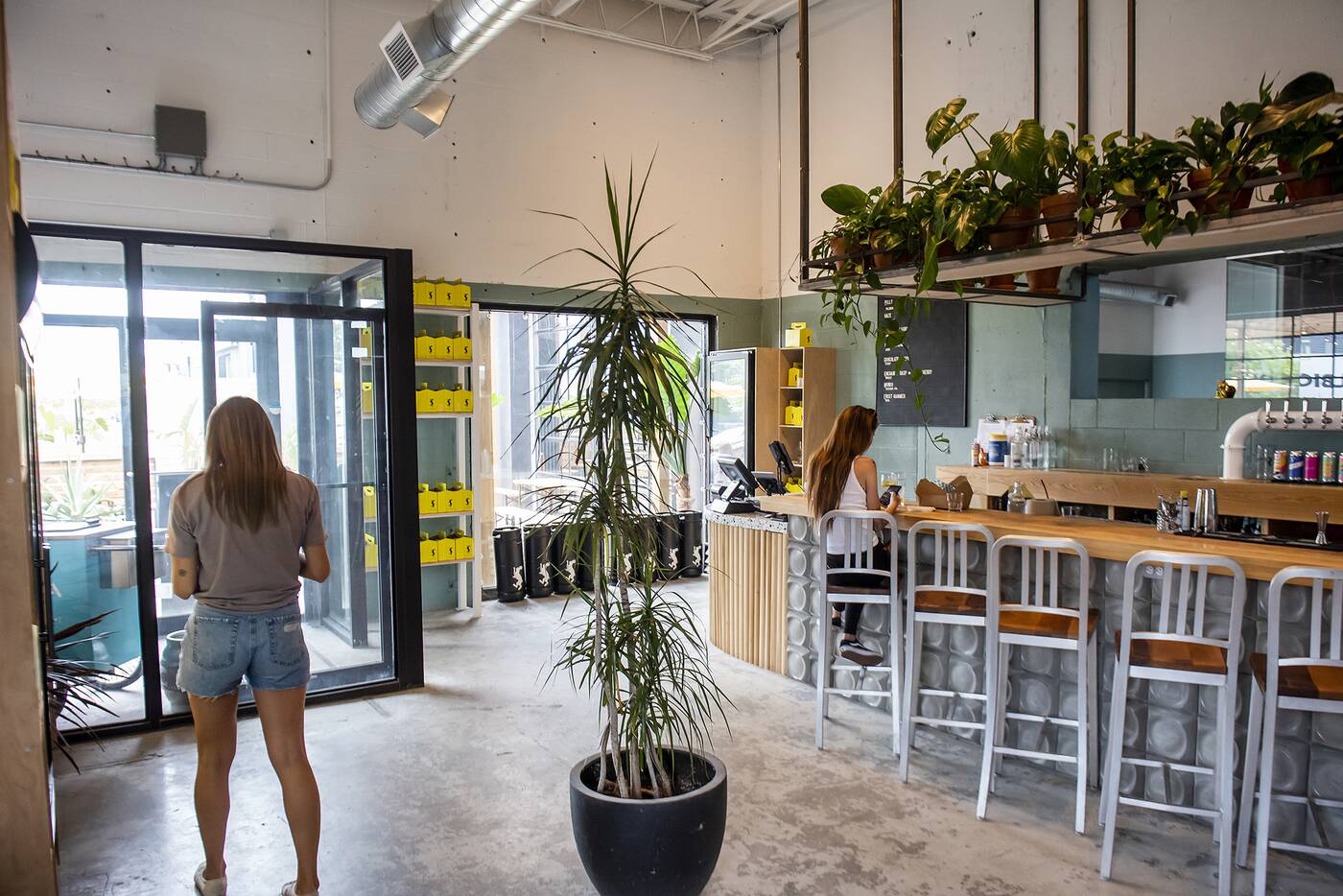 The original Mercer location might've moved to King Street but it was during the limbo time between the two that plans for this beer garden started to form. With downtown getting most of the Mascot love, this underserviced area was more than overdue for some time in the sun. 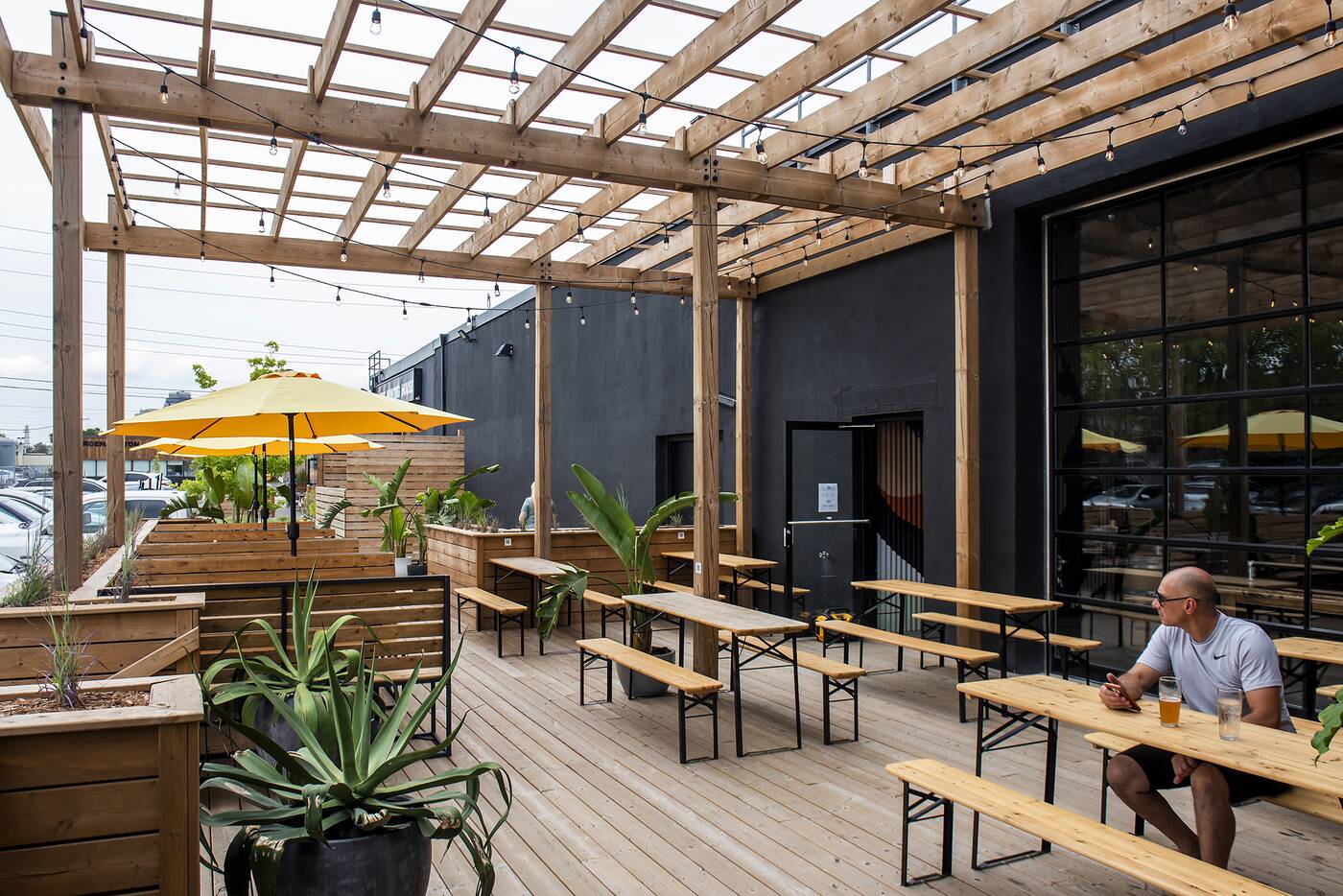 A colourful wall mural by local artist Vanessa Spizzirri, large plants and twinkling lights overhead has completely transformed the otherwise drab parking lot this brewery and patio are found in. 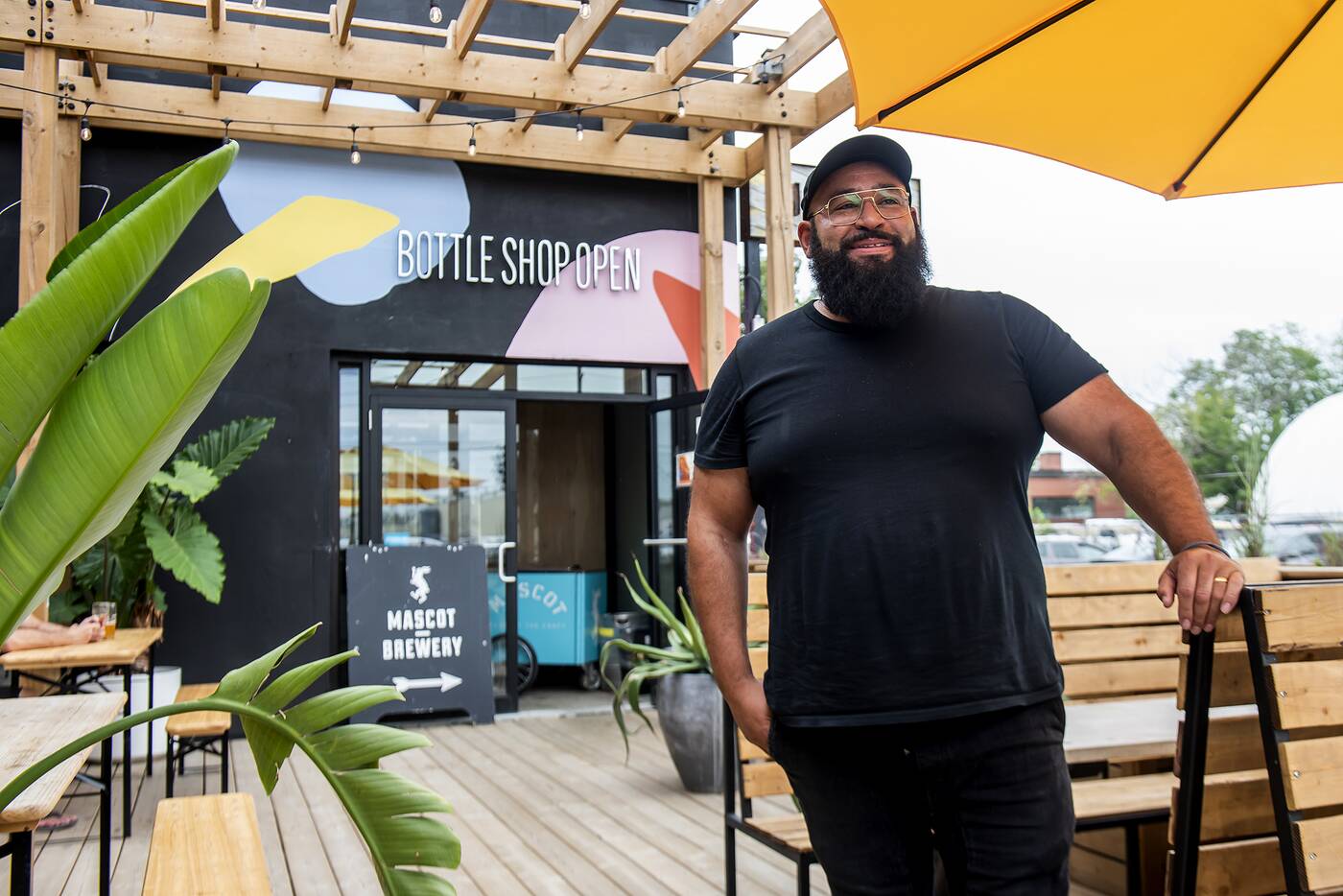 Nova Scotian Aaron Prothro founded Mascot Brewery in 2015 with a mandate to create beers that draw the non-beer snobs and a space that welcomed everybody. Prothro tells me the underrepresentation of Black brewers in the industry fueled his desire for inclusivity. 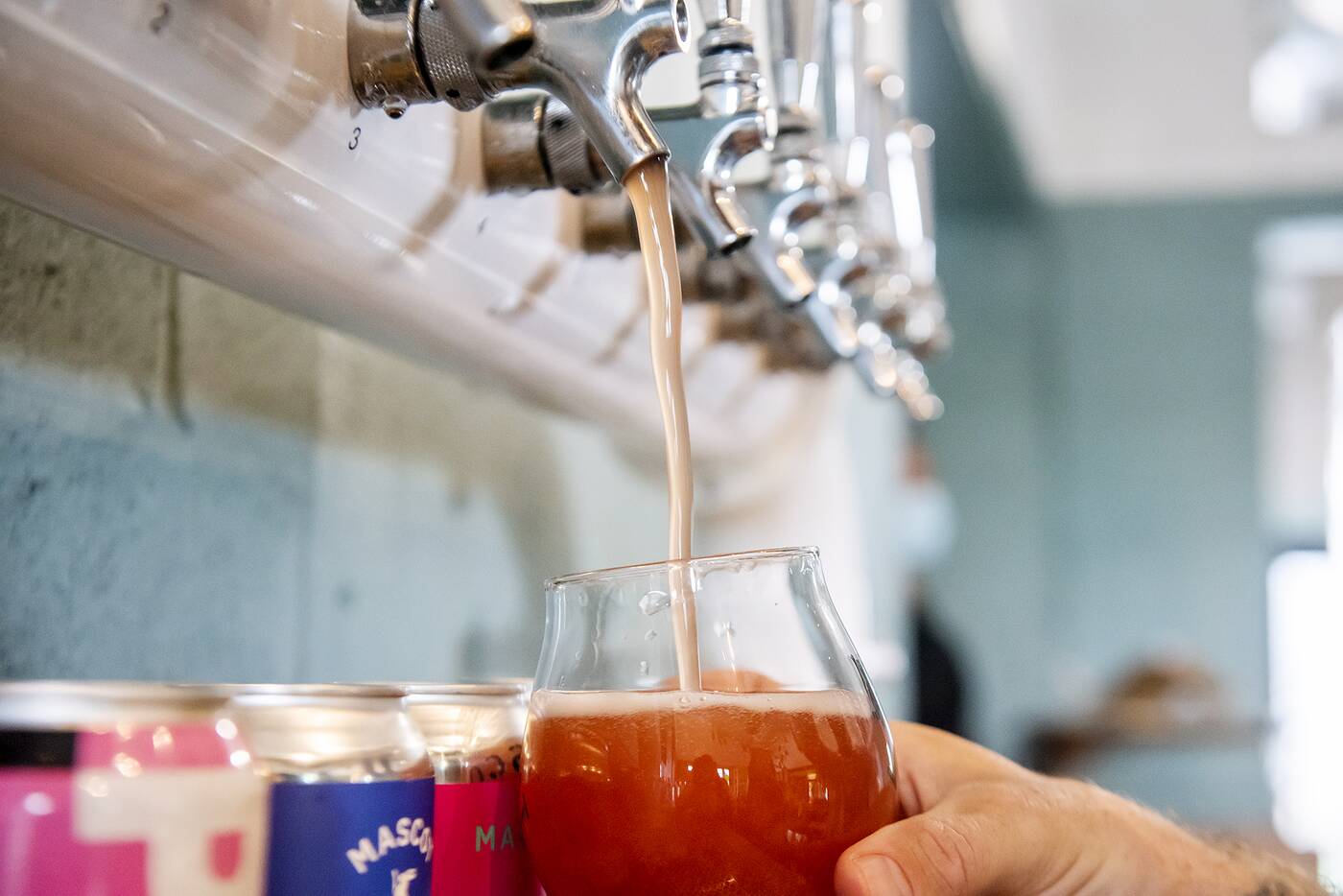 Among the nine rotating beers on draft, enchante (4.5 per cent ABV) is a traditional Belgian wheat with notes of citrus, raspberry and sage. 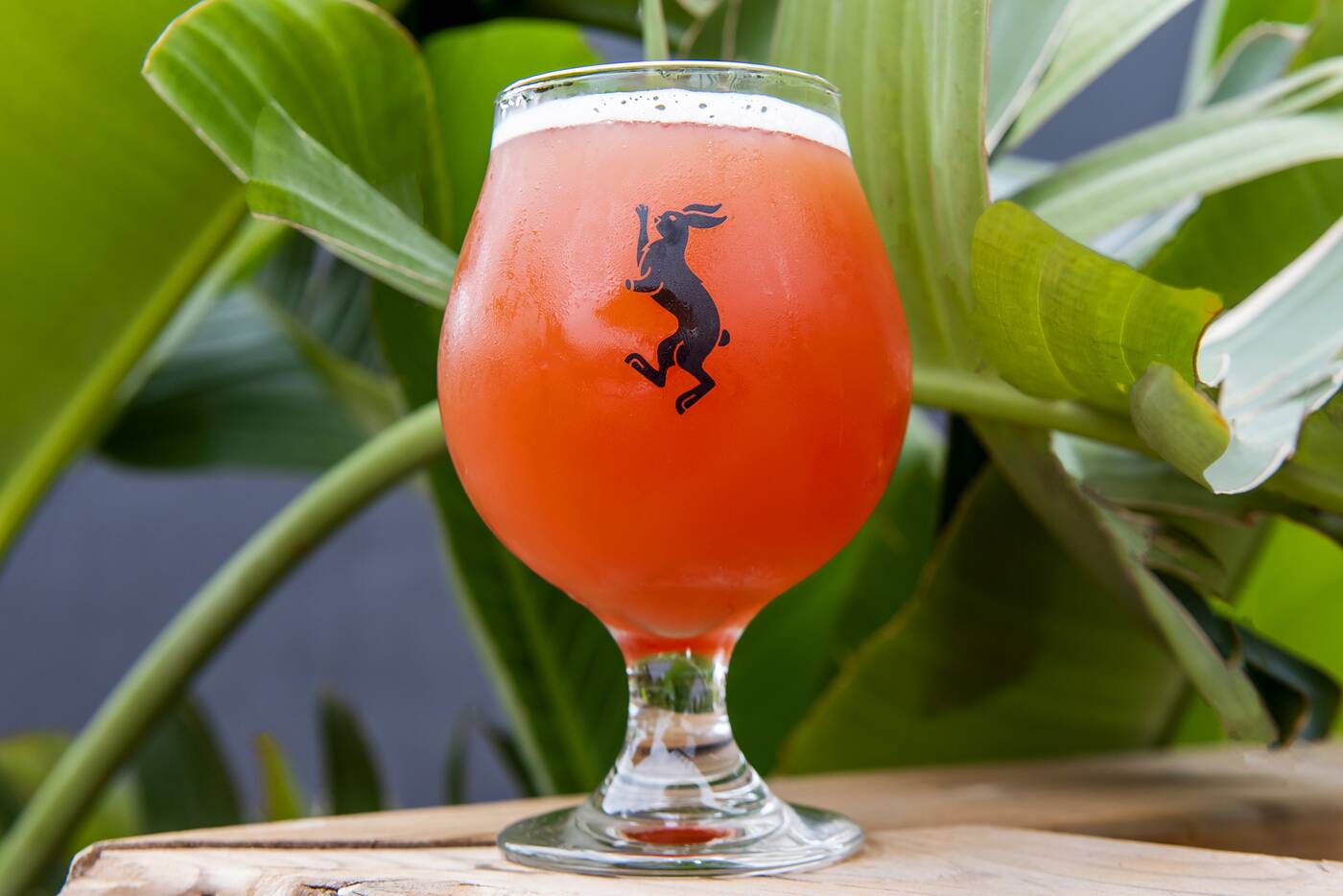 This ideal summer bevvy is part of Mascot's rotating series of fruit and herb-infused wheats. 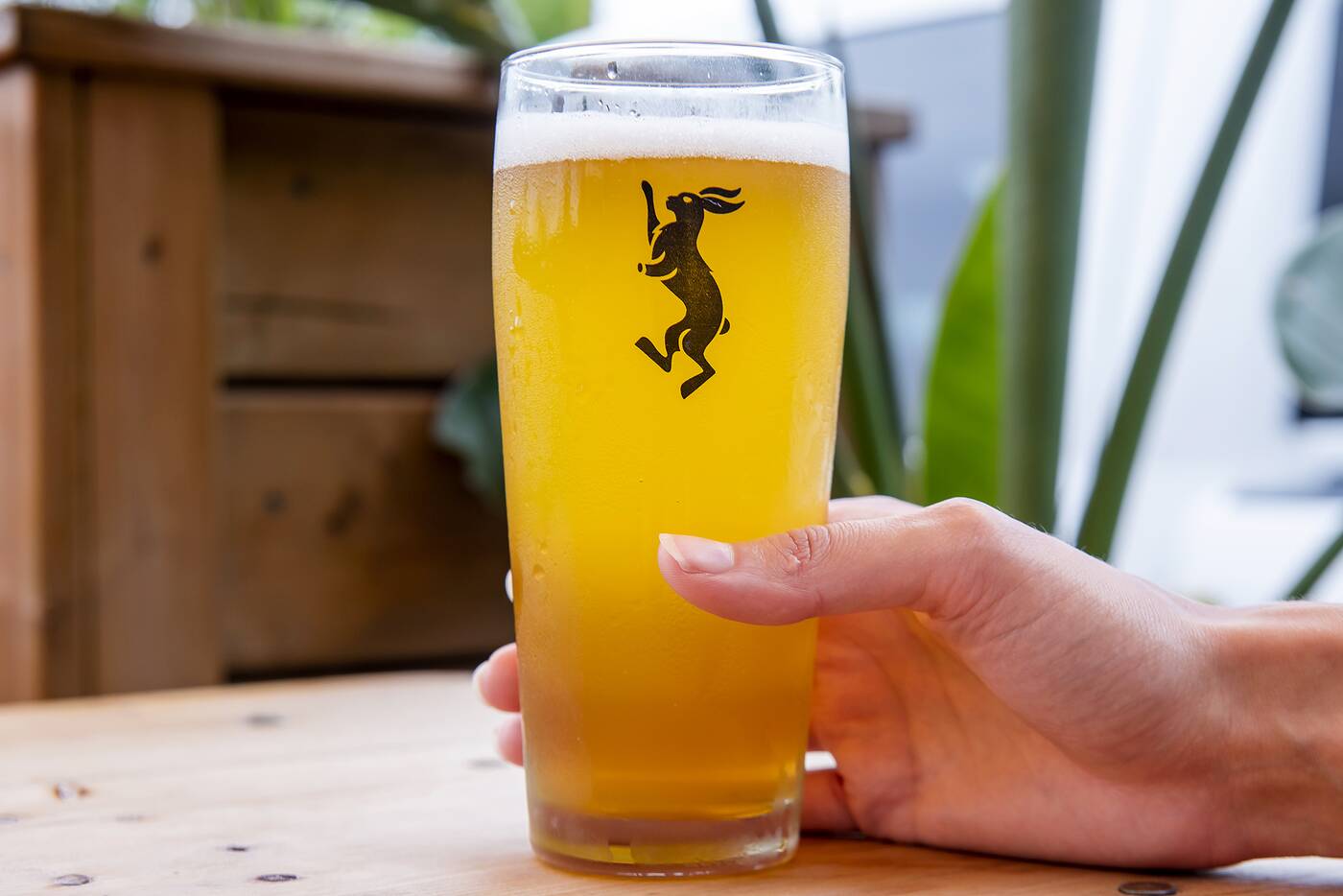 The incredibly popular gold rush (5 per cent ABV) is equally fruity and citrusy brewed with cold-pressed cucumber, pineapple and ginger juice. A clean kettle sour finish acts as the bow nicely tying all of the flavours together. 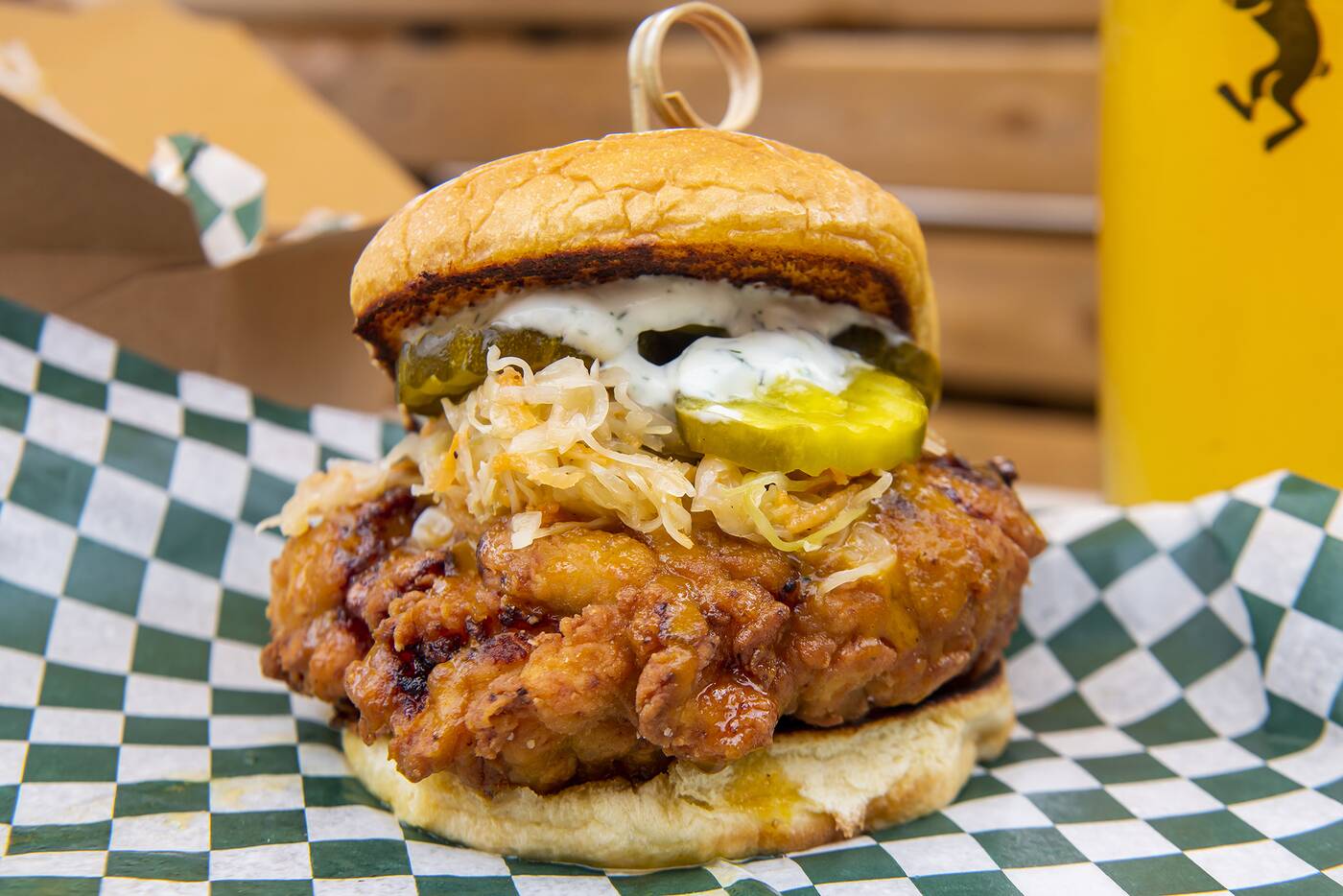 Chef Matt Basile, previously of the brunch place Lisa Marie and now of Fidel Gastro's run out of the same building as the brewery, takes care of the food.

Serious sandwiches like Cubano hoagies, double smash burgers and the honey mustard fried chicken sandwich ($14) are on the menu. Pickles, vinegar slaw and ranch share the bun with a large piece of buttermilk brined chicken slathered in a sweet and sticky homemade sauce. 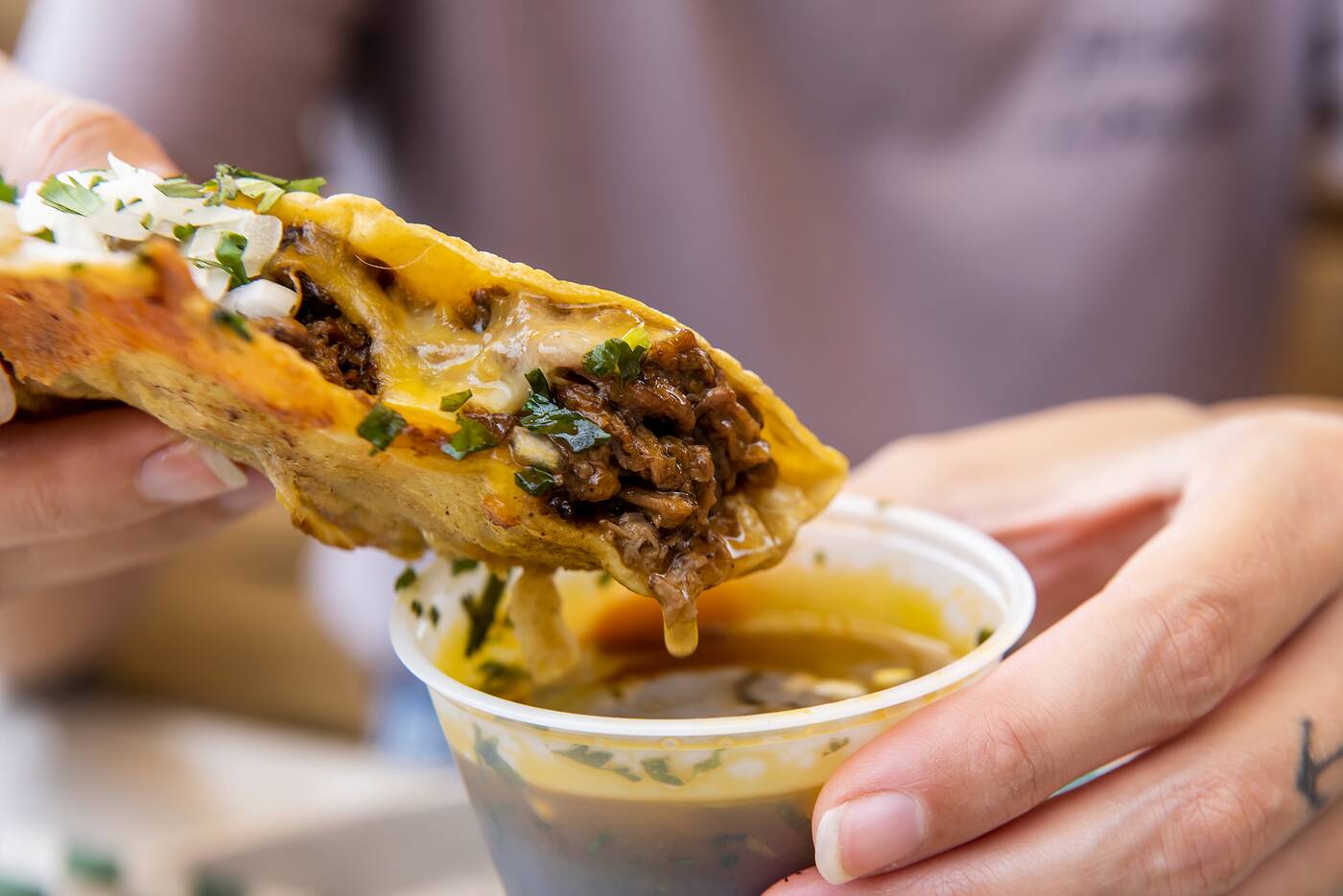 Juicy birria beef tacos ($16) come stuffed with melted cheese, onions and cilantro in a corn tortilla and beside a beef broth for dipping. 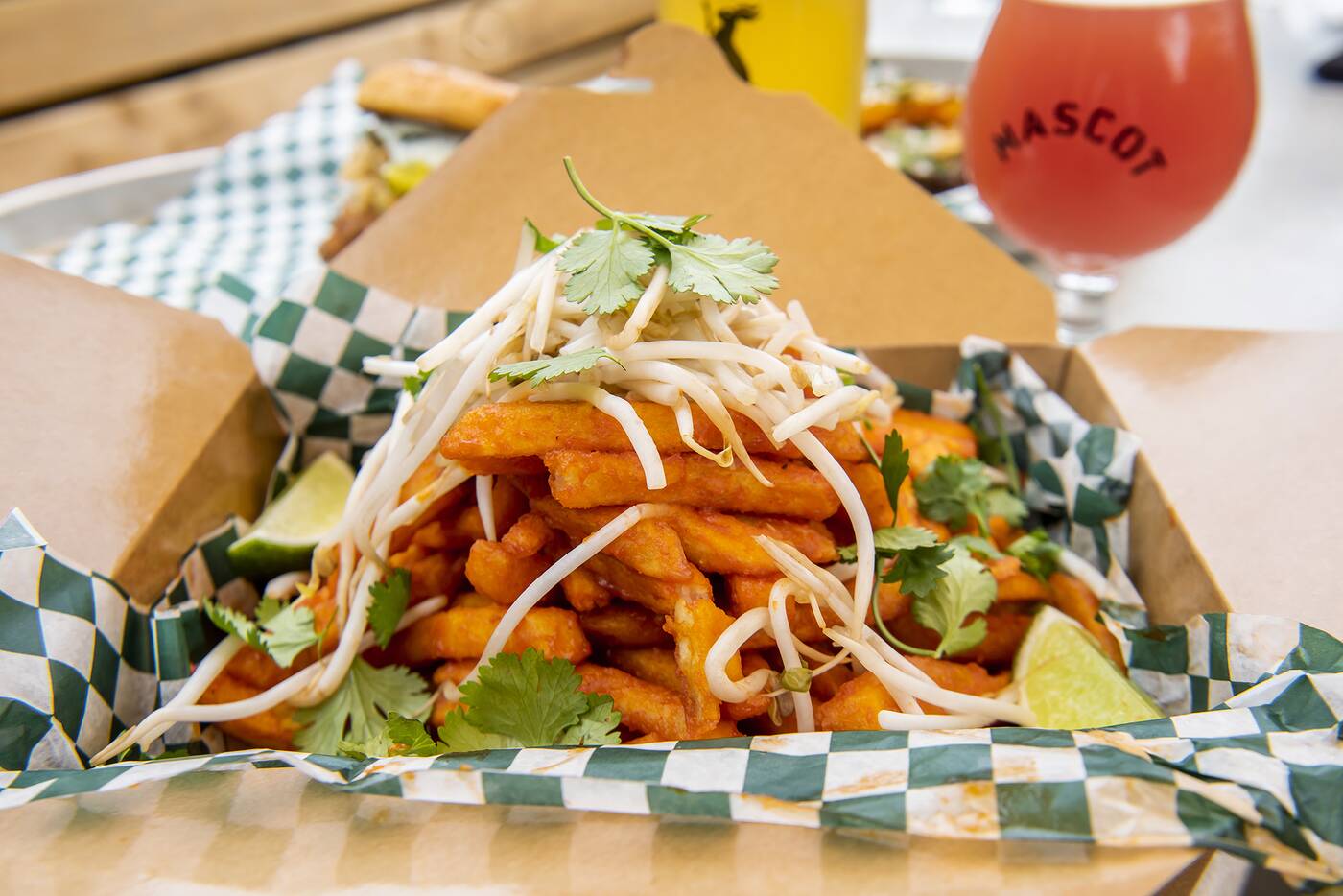 The pad Thai fries ($10) is a fan favourite that puts regular fries to shame tossed in a moderately spicy homemade sauce and topped with cilantro and bean sprouts. 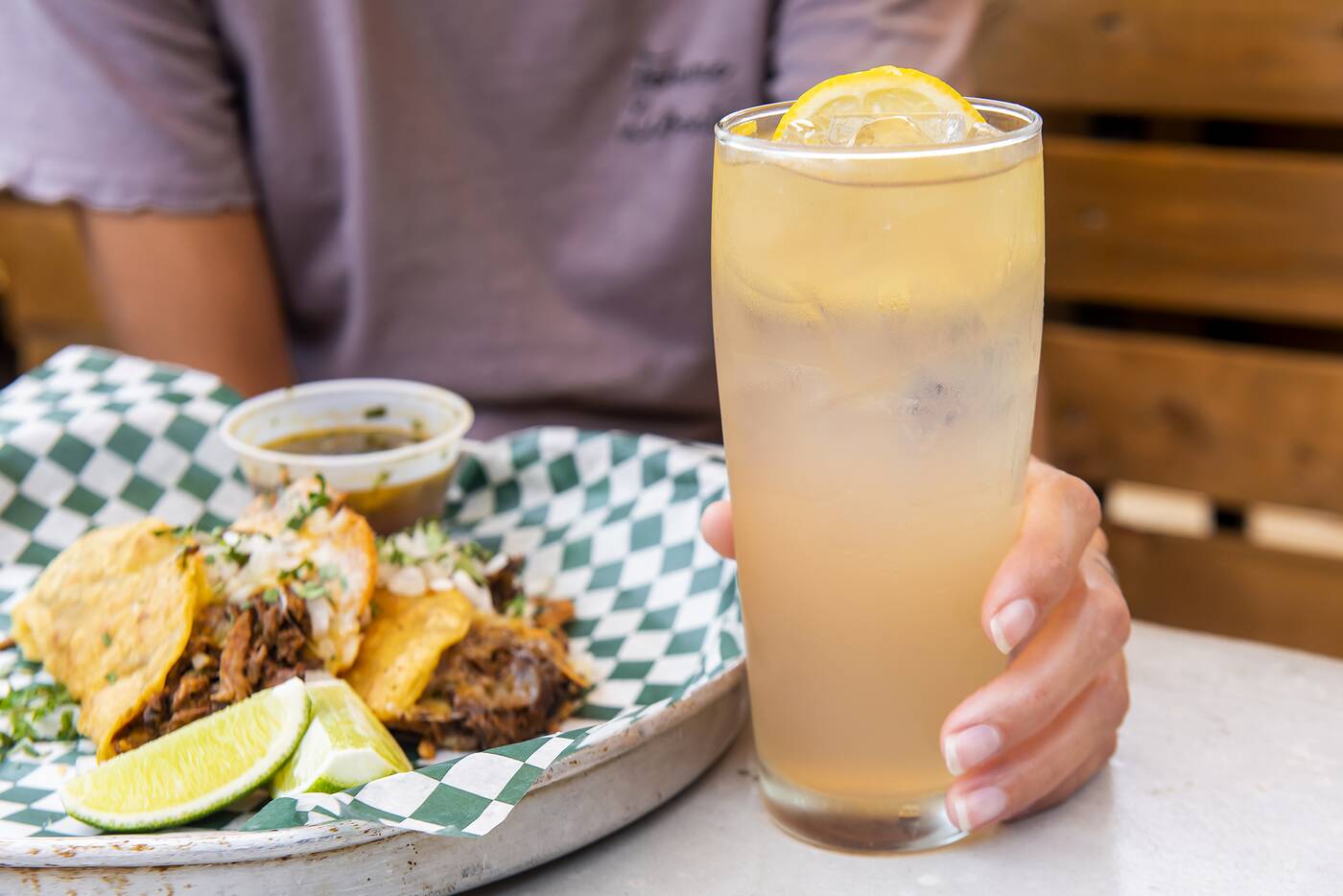 Cocktails also add some variety next to the beer. Kentucky lemonade ($14) is basically just an adult take on pink lemonade with a few splashes of Jim Beam. 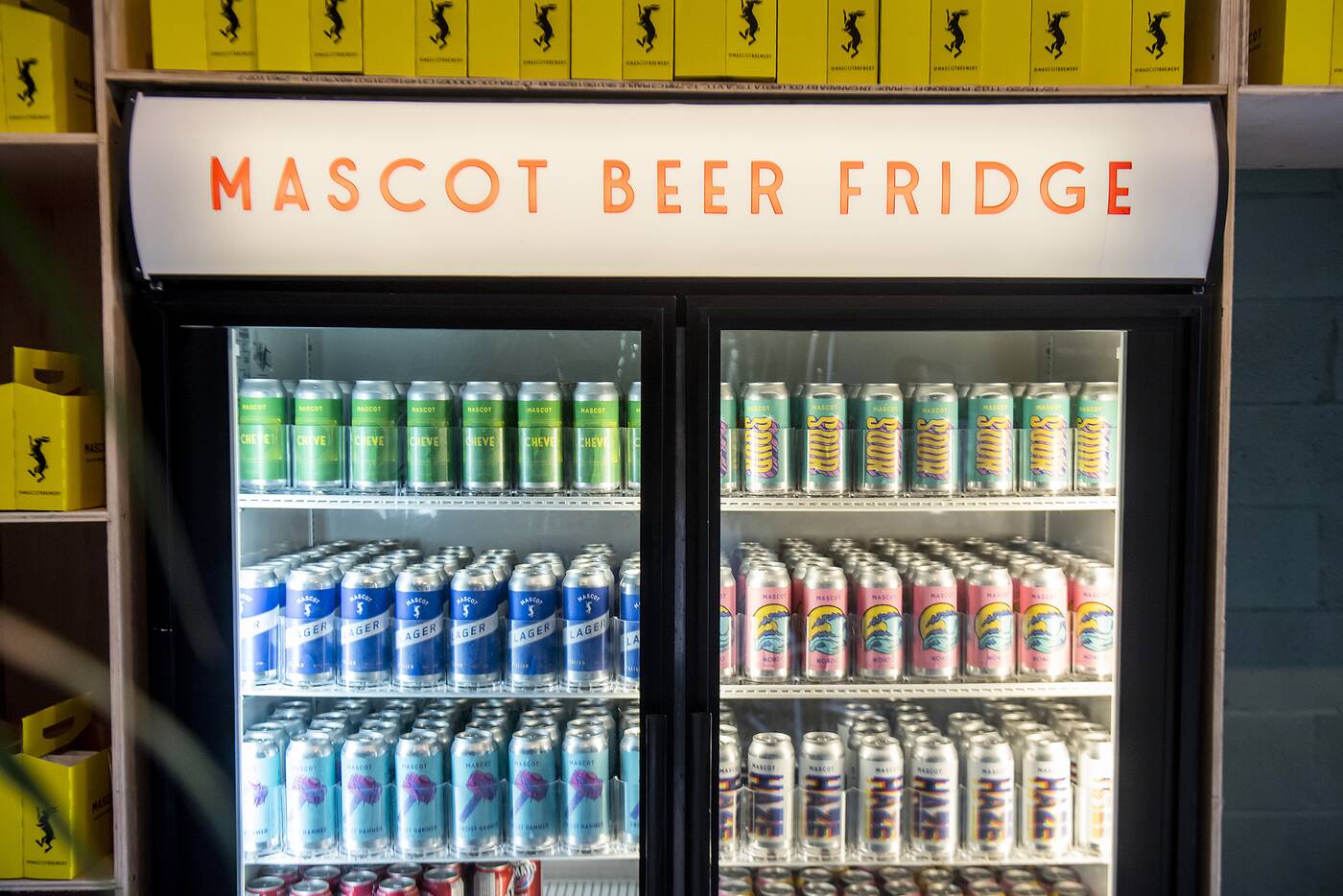 The beer fridge found inside the taproom is the place to go if you're looking to grab a few cans on the go or just take a favourite draft home with you. 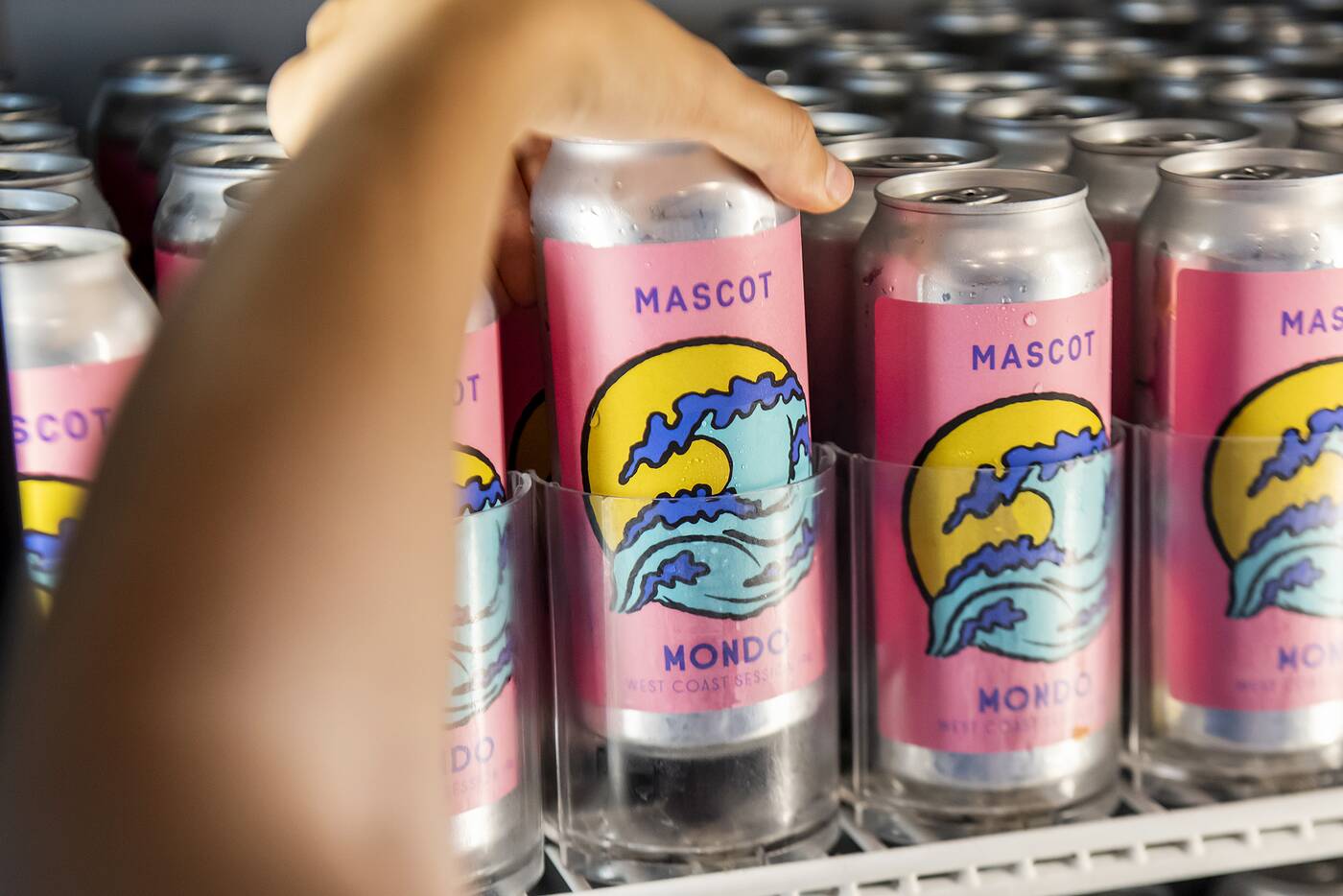 Mondo (4.5 per cent ABV) is a west coast pale ale that masks as a full-on IPA due to some pretty bold flavours. You're likely to taste hints of pine resin and orange zest amidst the balanced bitterness. 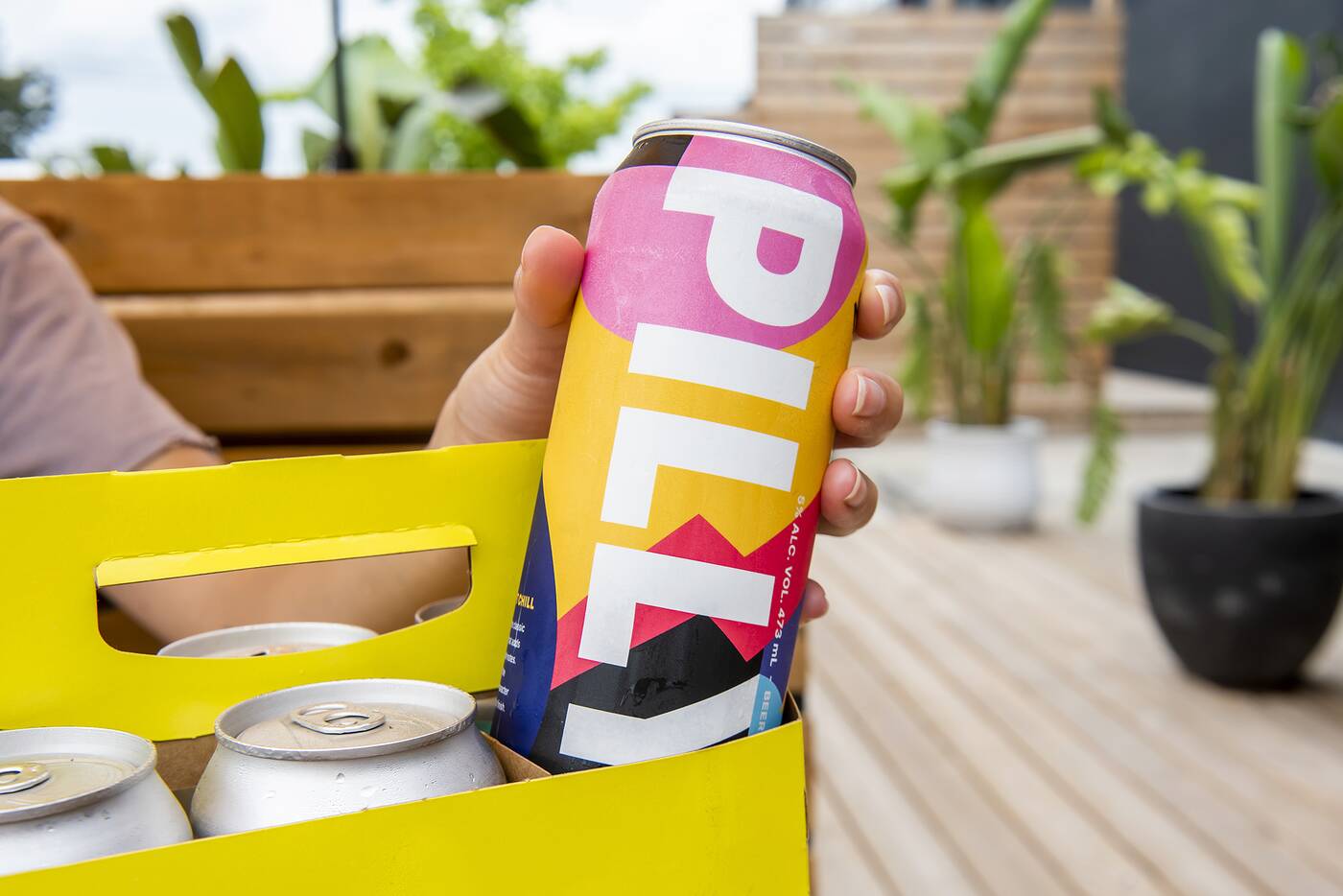 Also kept cold in the fridge is their pilsner known as the pilly (5 per cent ABV). Crisp and hoppy, it's a unique spin off a Czech pilsner. 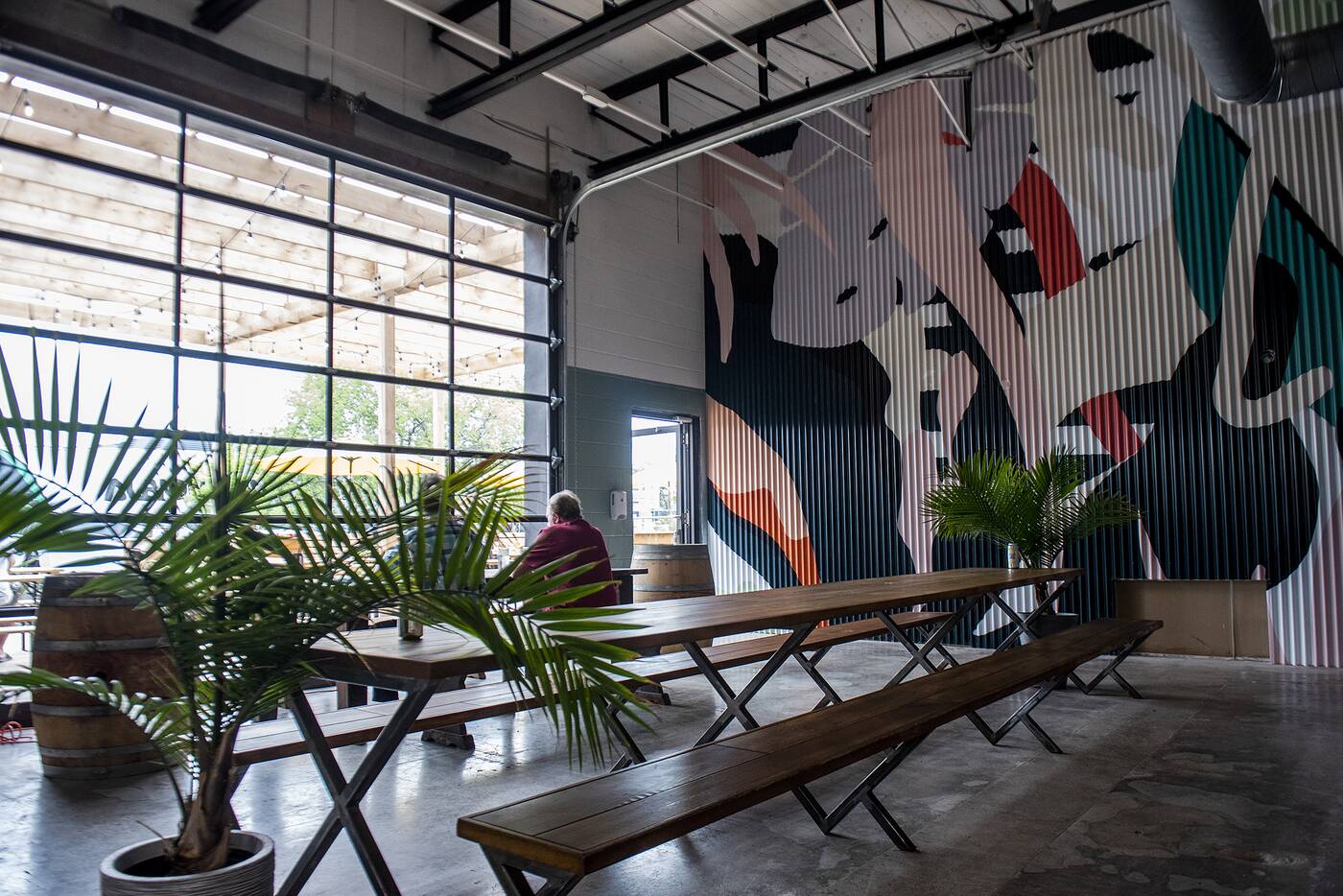 Just beyond the beer garden is even more seating inside. A large garage-like door opens up to the patio while long communal tables provide plenty of room to sit with your friends or make some new ones. 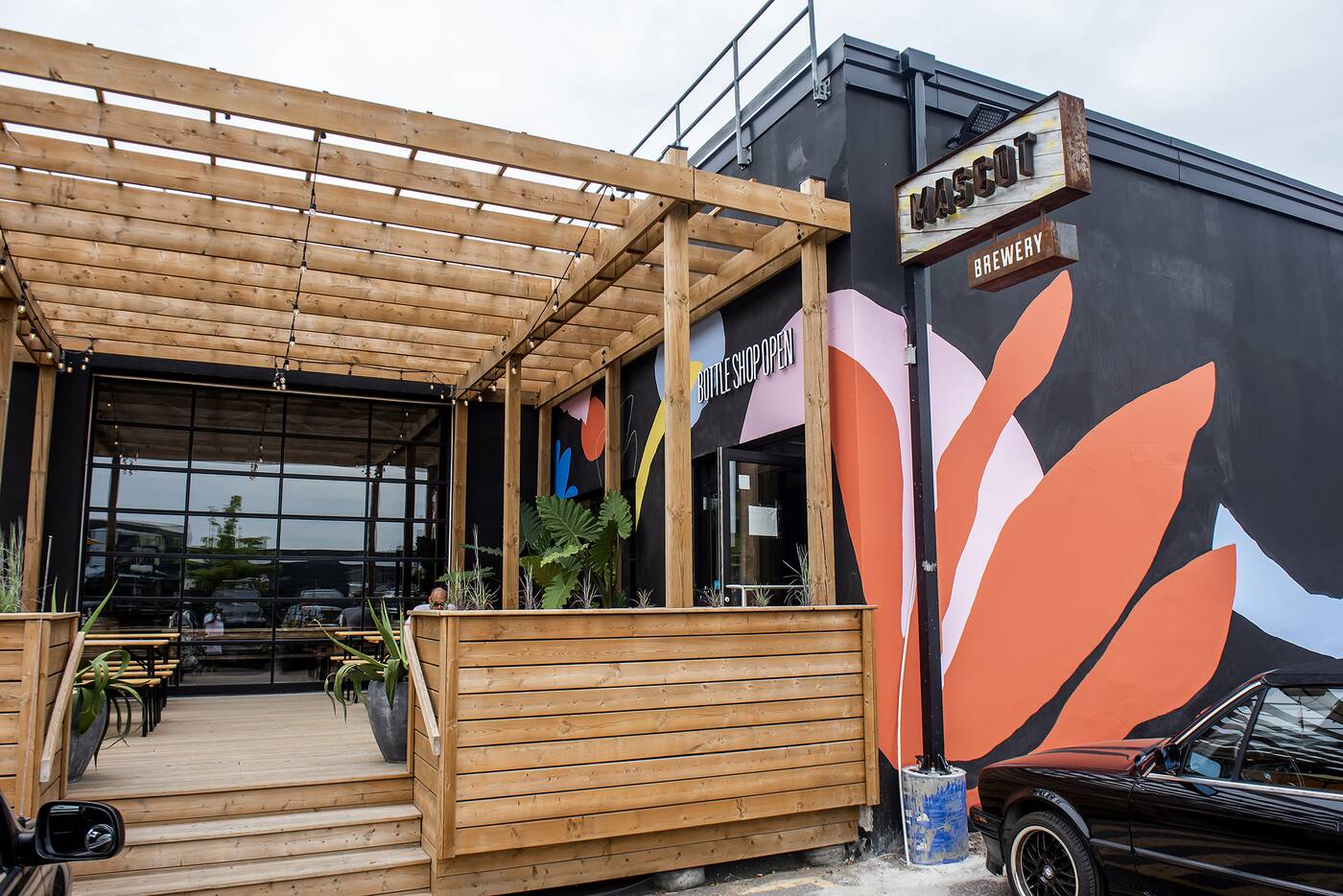