Mare Pizzeria has taken over the Baldwin address that was until recently home to the Chocolate Addict. It's a shallow storefront decorated with hand-painted illustrations and lettering that already looks aged beyond its years - er, weeks. Those not familiar with Kensington Market might even mistake it for a longtime resident, which is to say that for a new place, it doesn't look all that new.

With only a few stools inside, the pizza parlour's focus is clearly takeaway. A menu posted on the wall lists off the usual suspects; pastas, wings, whole pies and sandwiches. 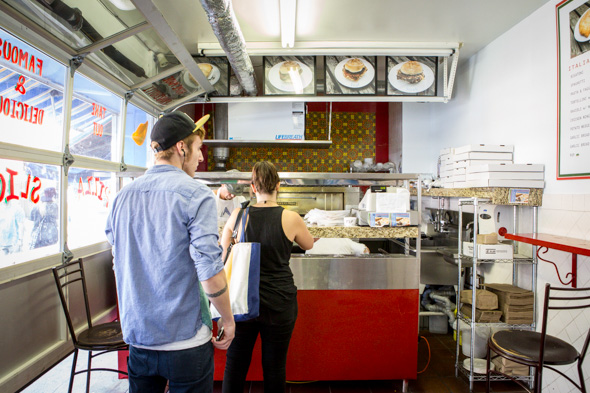 Slices ($3) sit out of sight in the oven and are only advertised by a single line item on the menu and by other customers as they mow down out front. I order a slice of pepperoni, a quartered triangle that is way too big for its paper plate and needs to be folded when eaten to give support to the floppy crust. 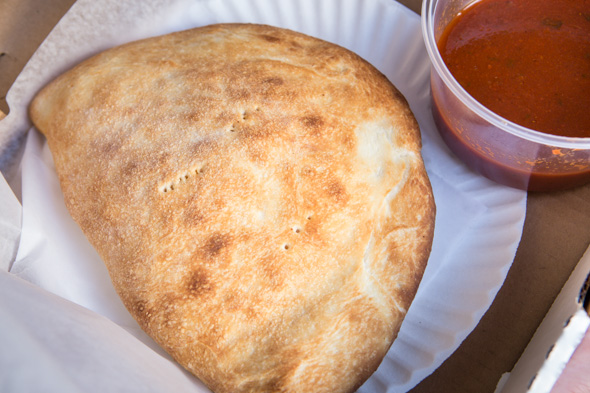 The cheese panzerotti ($6) which is built to order and then baked, negates my existing understanding of the genre. Really, it's a calzone (amirite?) rather than the expected fried panzo which is photographed on the menu. Even still, it's a good looking pizza pocket; the dough puffs up as it's baked and, fresh from the oven, the taste and texture of the crust is decidedly bread-like.

Mis-labelling aside, my biggest issue is the scantily-applied tomato sauce, which is overwhelmed by the mass of gooey cheese inside. Also, I'm irked that only on pick-up am I upsold extra sauce on the side. "You should, it's better that way," says the guy who took my original order. He's right, but I'm left scrounging for another dollar after I thought the whole transaction was complete. 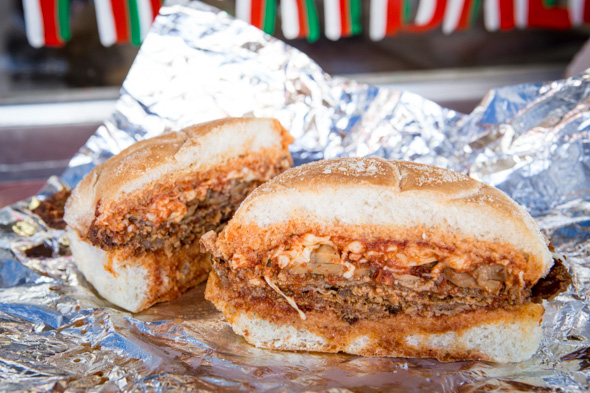 The veal sandwich ($6.25) falls short of my expectations, too. Offered with sweet peppers, mushrooms or extra cheese (each an additional 50 cents), I make the wrong call when I opt for the briny, likely-canned mushrooms. The veal itself is fine, but the liquid from mushrooms and sauce just absorb straight into the ultra-soft bun and turns the bread into orange-stained mush that falls apart as it's eaten. 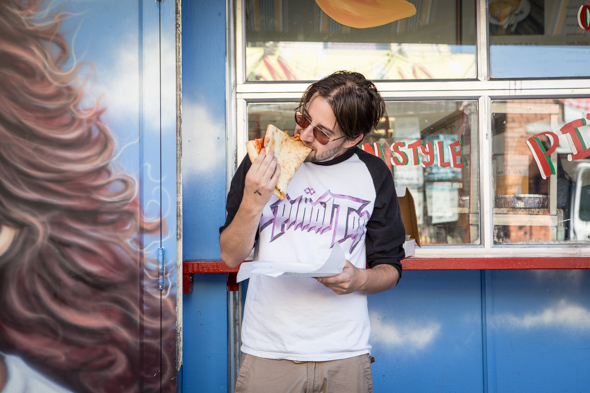 The final verdict? For convenience's sake, it's hard to go wrong with a $3 slice, but when the craving strikes for an Italian sandwich, my allegiance hasn't been swayed - I'd still make the trek to Little Italy and eat from Bitondo's or San Francesco Foods any day. 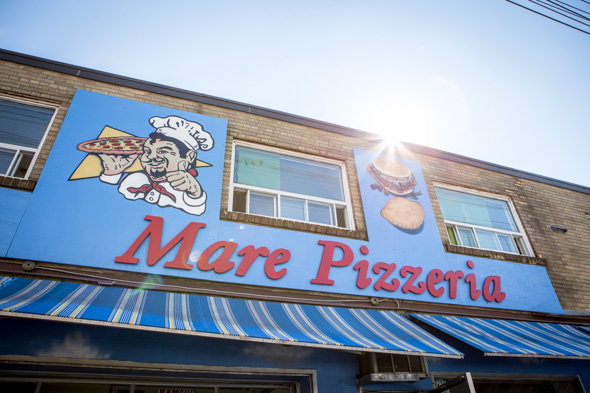