Mantra is yet another elegant project by the popular hospitality group behind Indian stalwarts like The Host.

Sitting in the unofficial restaurant row at Shops at Don Mills, the restaurant looks deceptively large but actually seats less than 40 people. 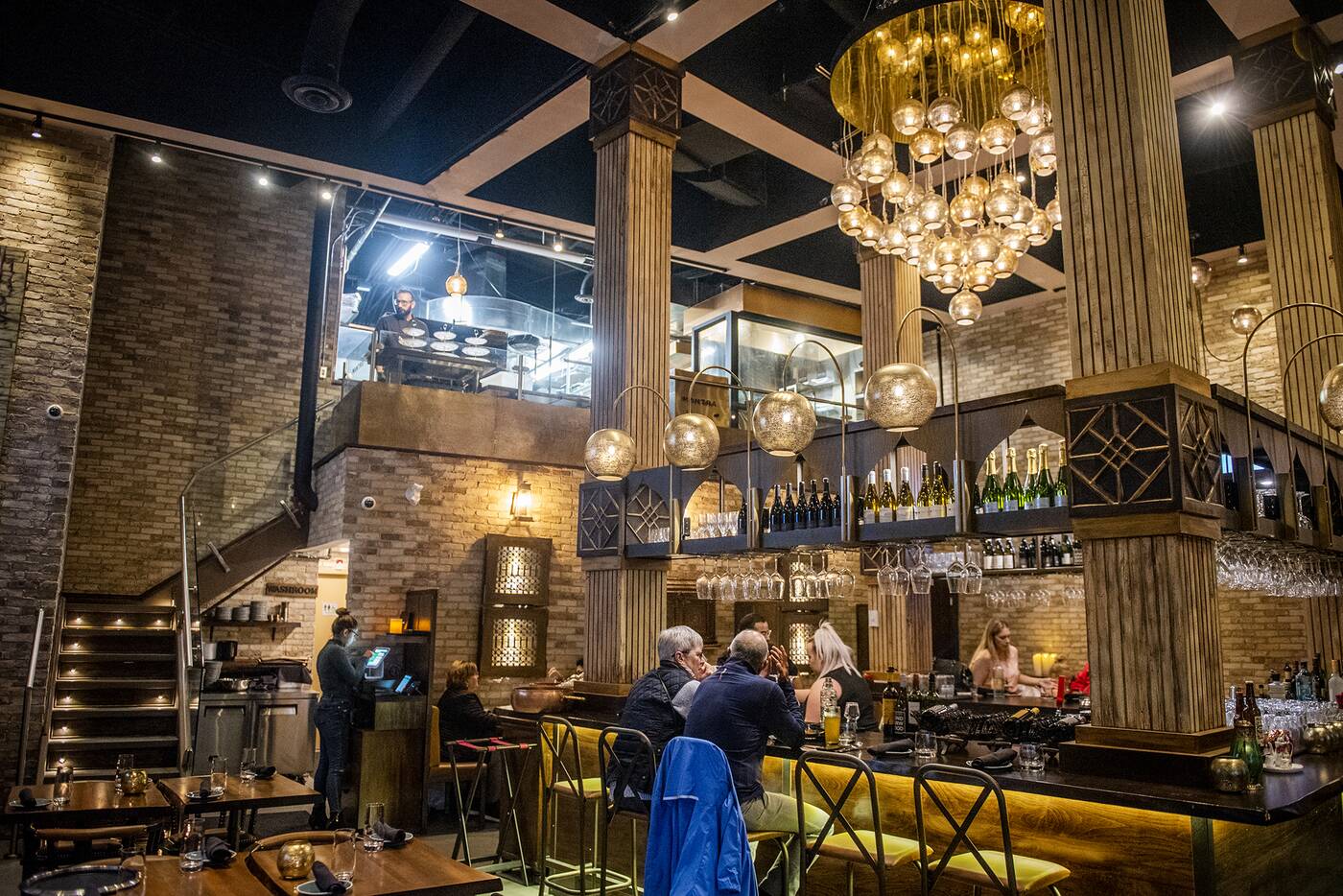 A massive 360-degree bar takes over about one third of the place. Brick walls and hanging lights give the whole space a contemporary look, but the most notable feature has to be the ceiling, which hovers more than 15 feet-high overhead. 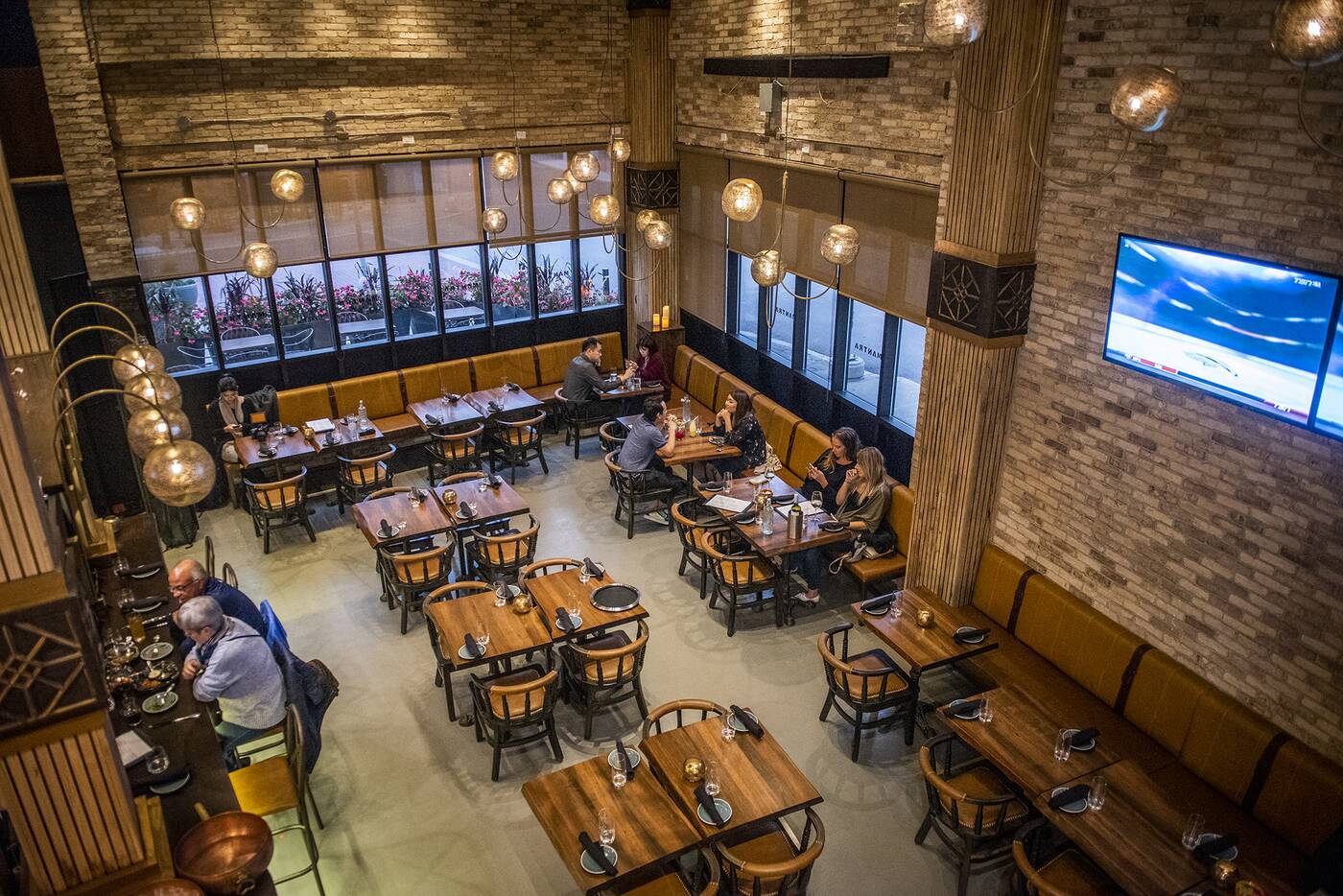 There's no second floor seating here, though there is a flight of stairs at the back of the restaurant which leads to the open kitchen.

Chef Ashish Sethi—who has long led the kitchen life under the tutelage of his father Sanjeev Sethi, who founded The Host chain—says guests are invited to come up and observe the cooks at work. 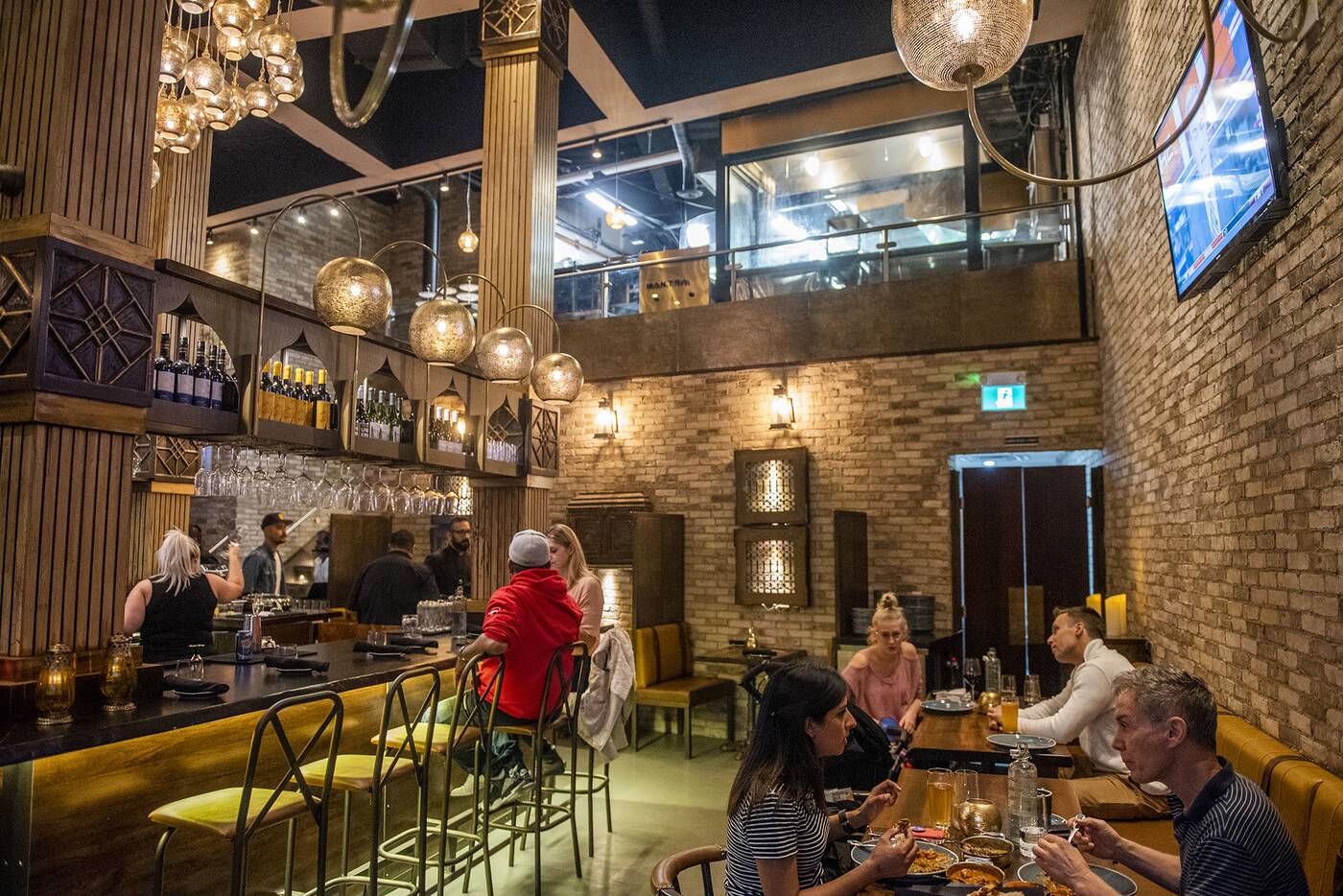 You'll need to ask first since space is limited up there, but if you're interested in watching the authentic clay tandoor oven at work, you'll get a great view.

While Mantra is definitely an ideal dinner spot, the restaurant might also be one of the first restaurants in the city to offer Indian-style high tea. 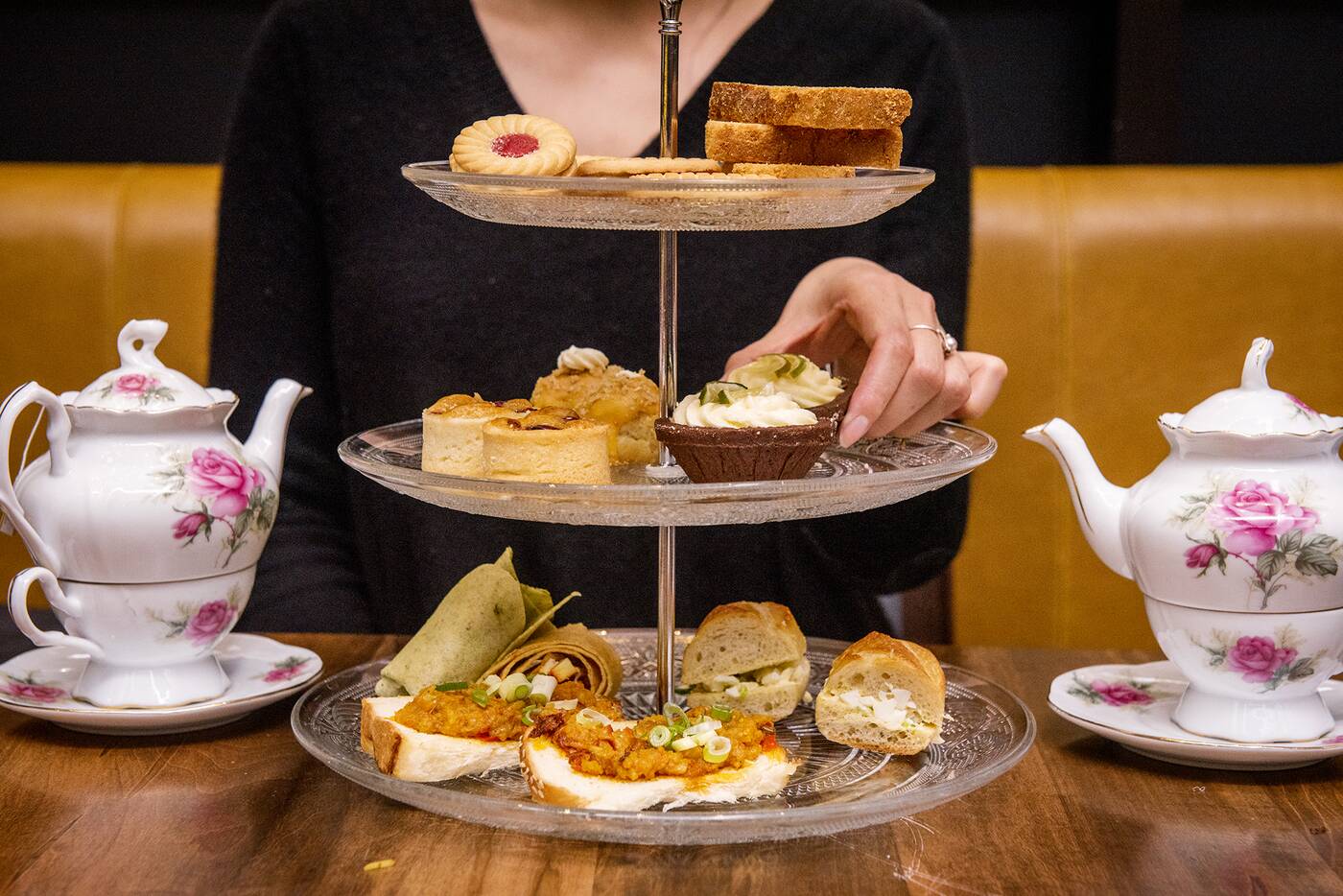 For $22 a person, you can get a classic three-tiered tray of little finger foods that range from typical biscuits like Jammy Dodgers, which are popular across the British colonies, to Indian treats like pakoras. 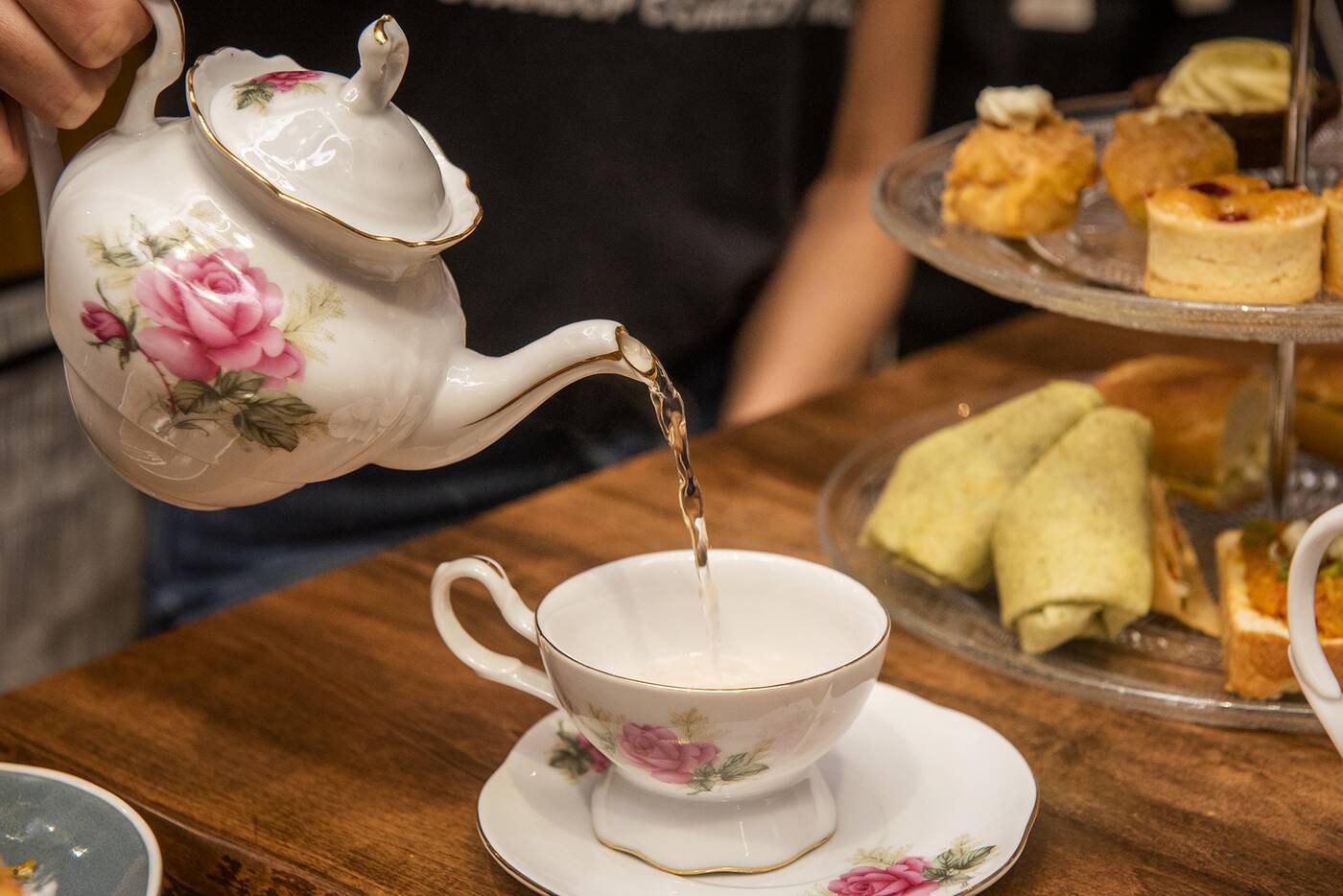 The whole set also comes with your choice of tea from six loose leaf, organic options, and an adorable set of mini chinaware for your milk and sugar. 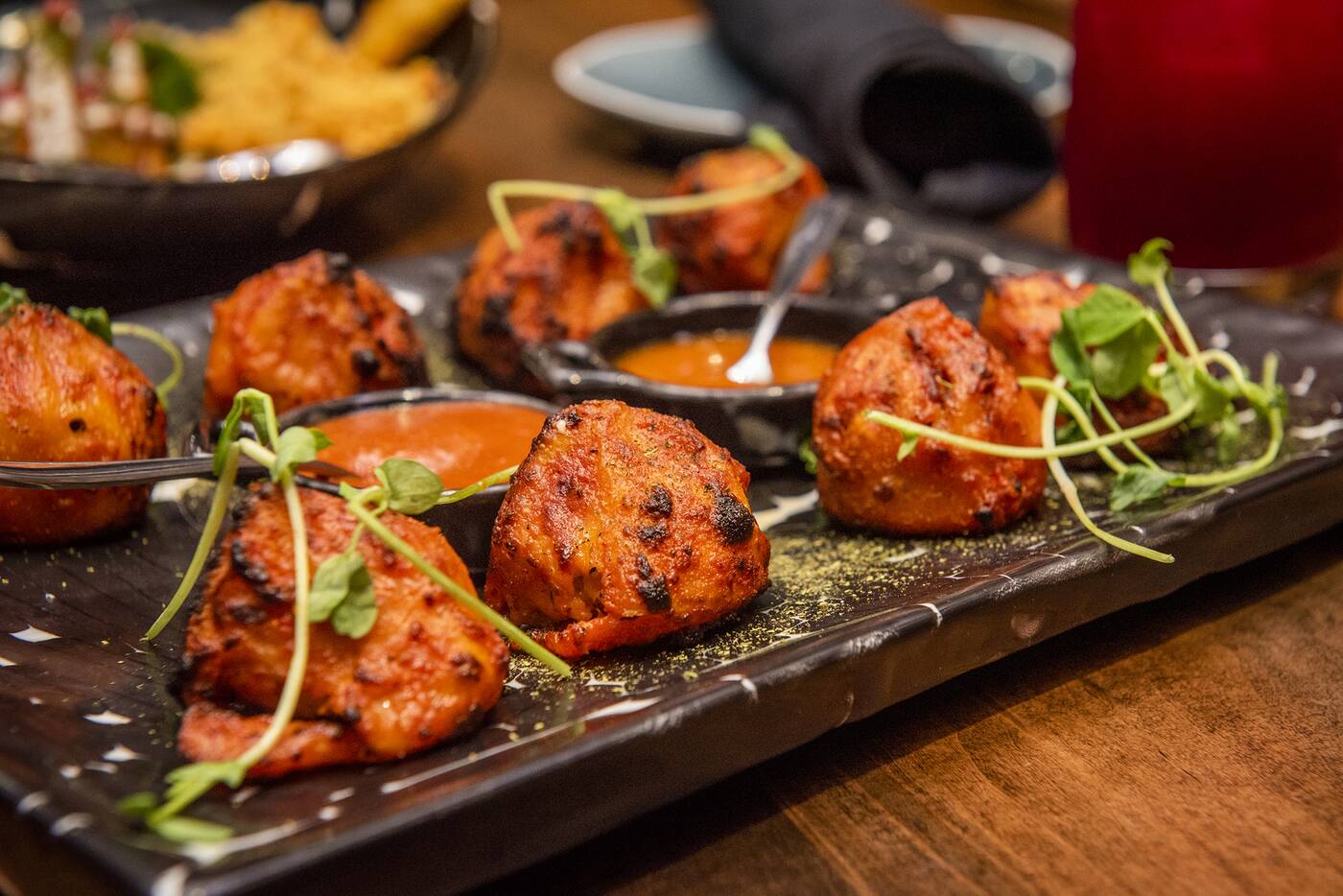 If you're not hitting up Mantra for weekend high tea, you'll find the regular menu is an array of country-wide Indian eats. While mains are mostly traditional favourites, appetizers are where things get experimental. 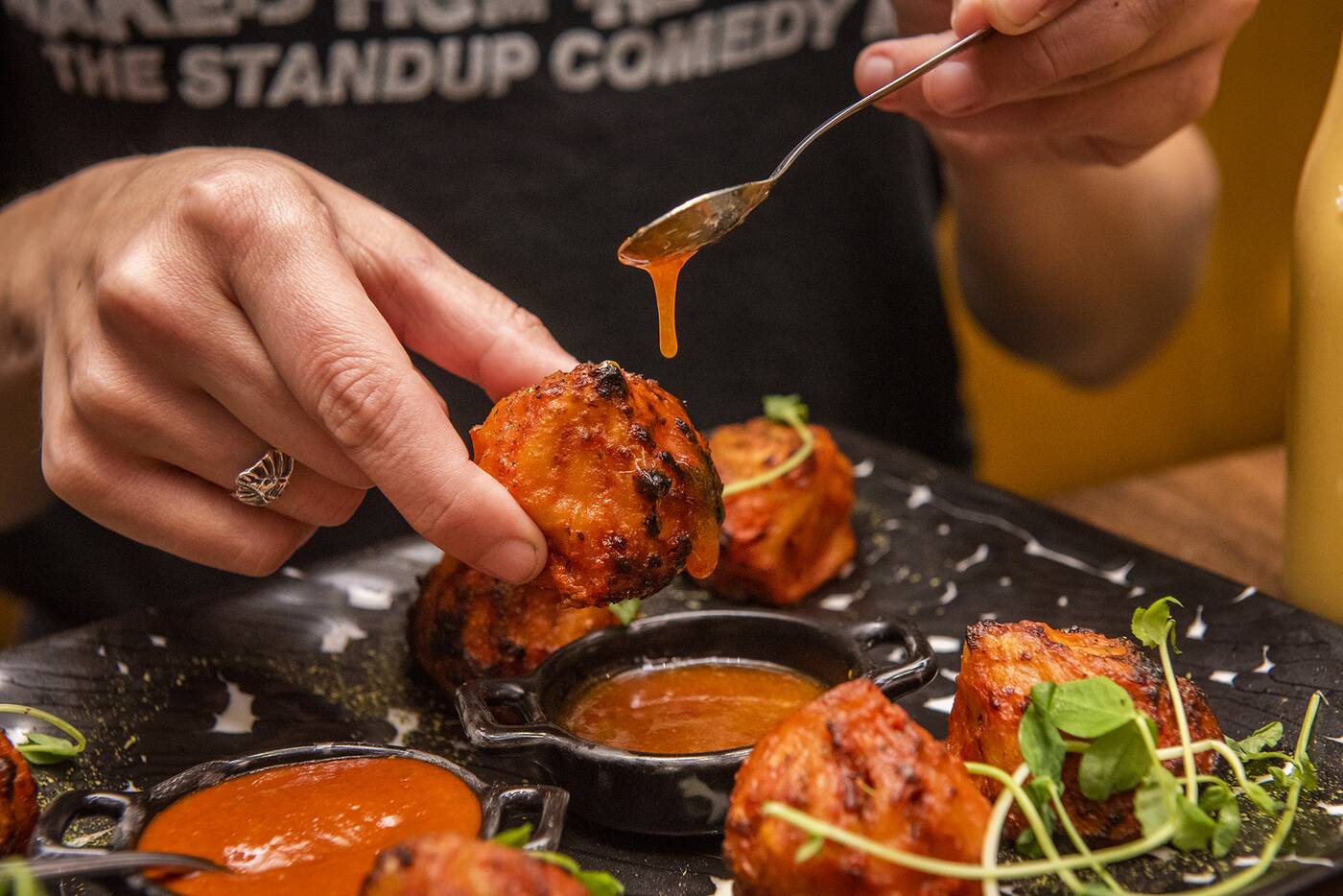 Items like tandoori momos ($14), which are inspired by the Chinese and Hakka regions of India near Nepal, are interesting inventions where momos are half-steamed before being cooked fully in the tandoor oven. 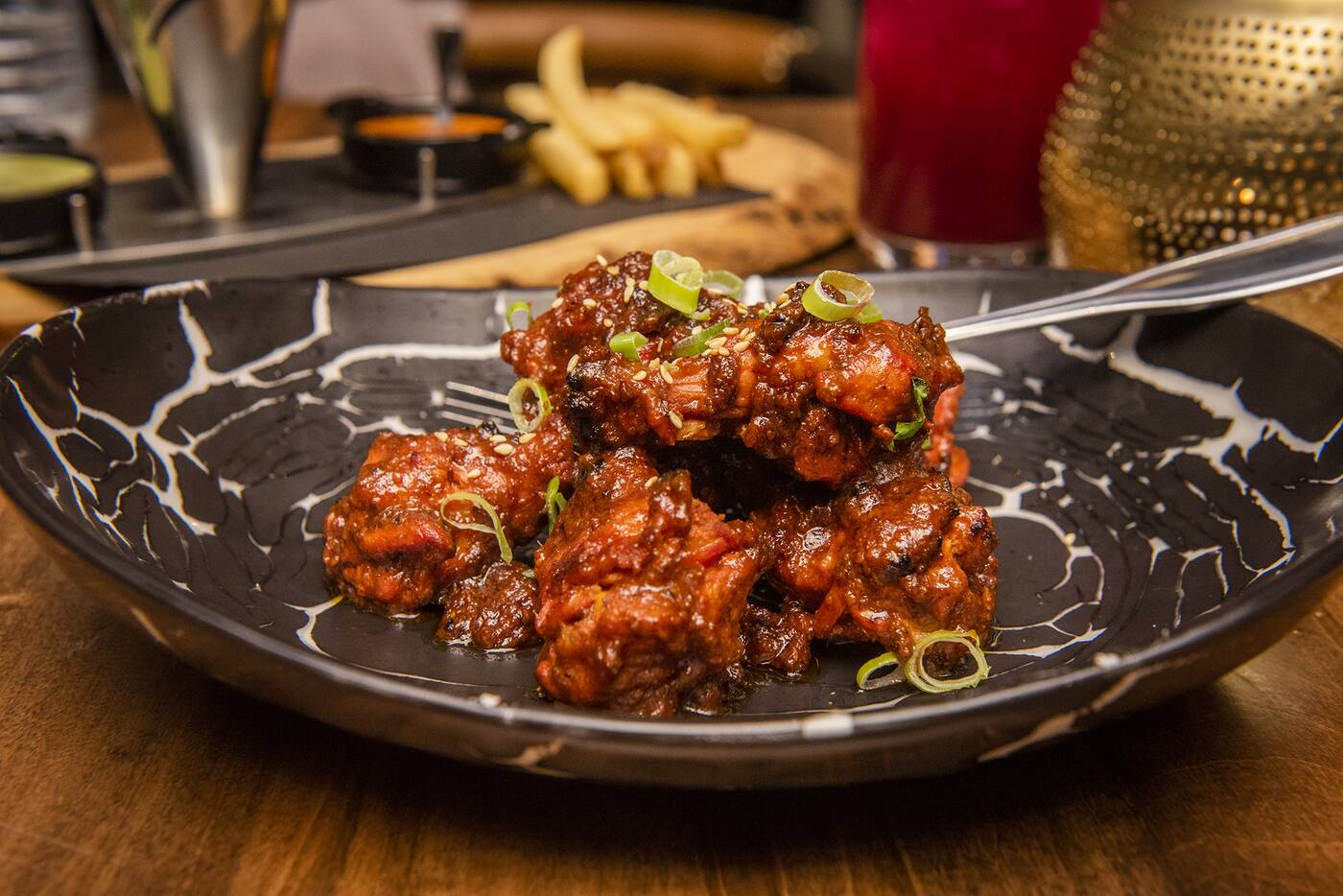 Another dish out of the oven are the tandoori chicken wings ($14) tossed in housemade BBQ tandoori sauce and cooked directly in the oven. Juicy and tender, the meat falls right off the bone. 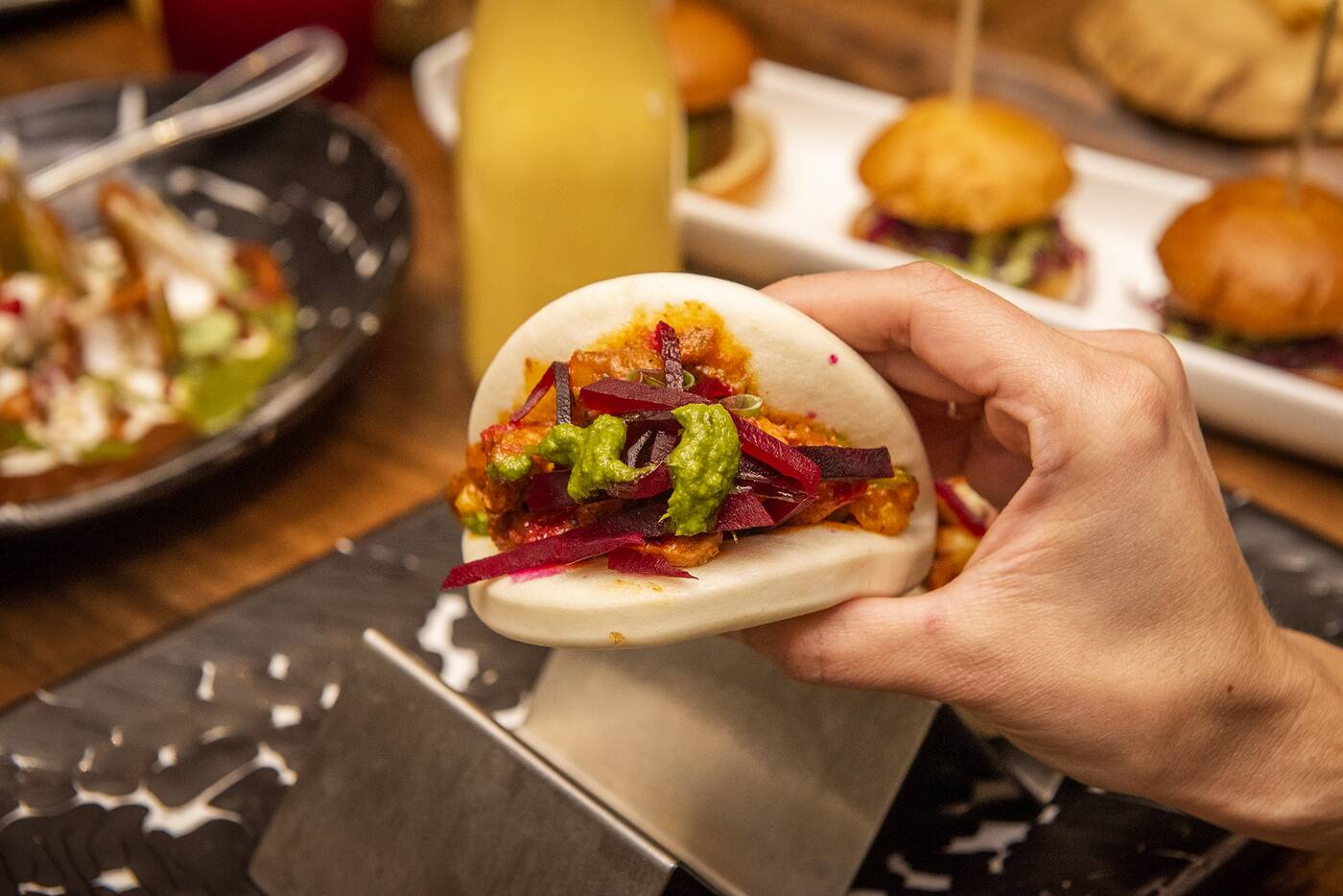 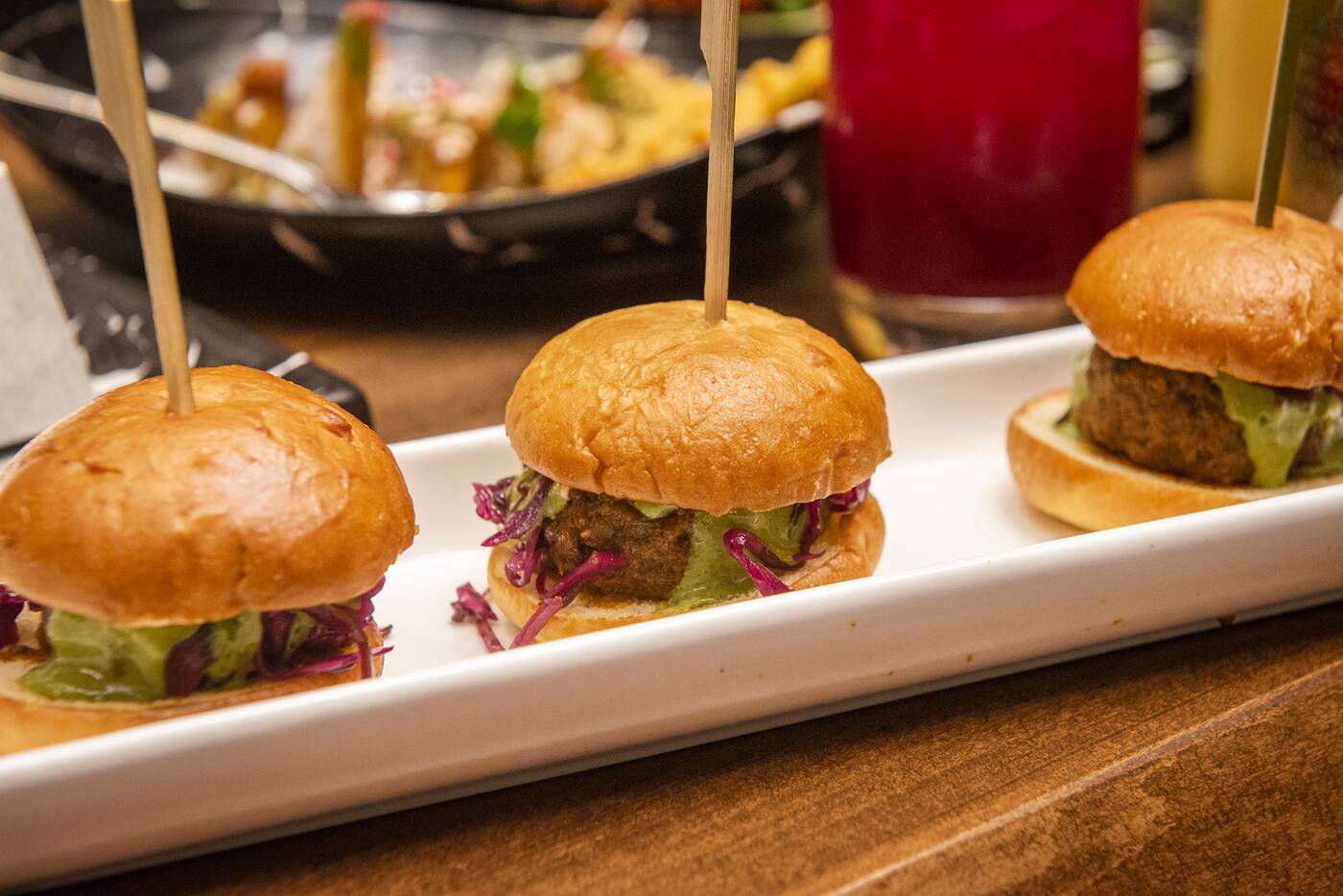 A trio of lamb galouti sliders use ground Ontario lamb mixed with spices and topped with pickled cabbage. 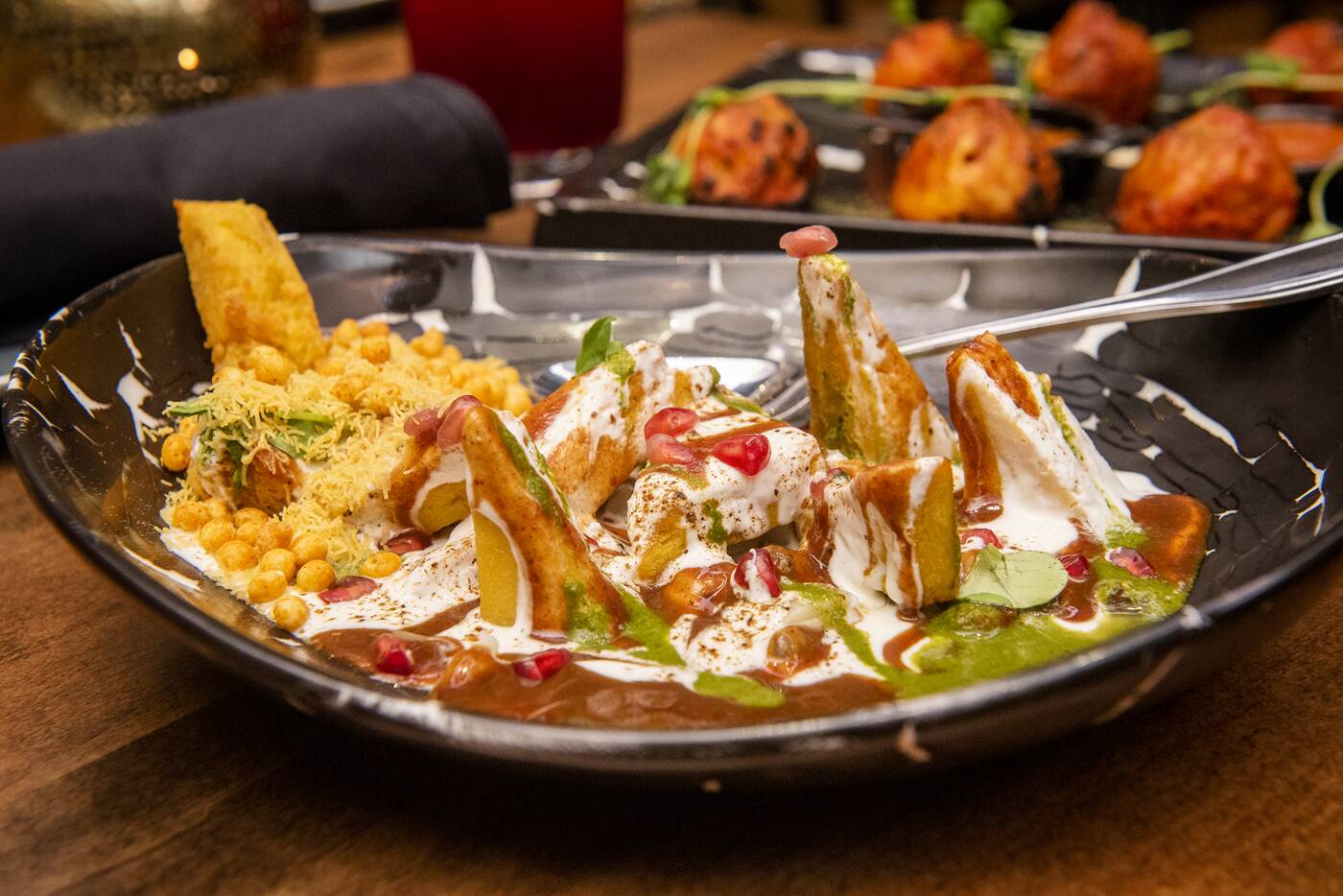 The dhokla papdi chat ($12) is saucy and tasty, taking one of India's most common street foods—a melange called chat—and pairing it with steamed chickpea cakes. 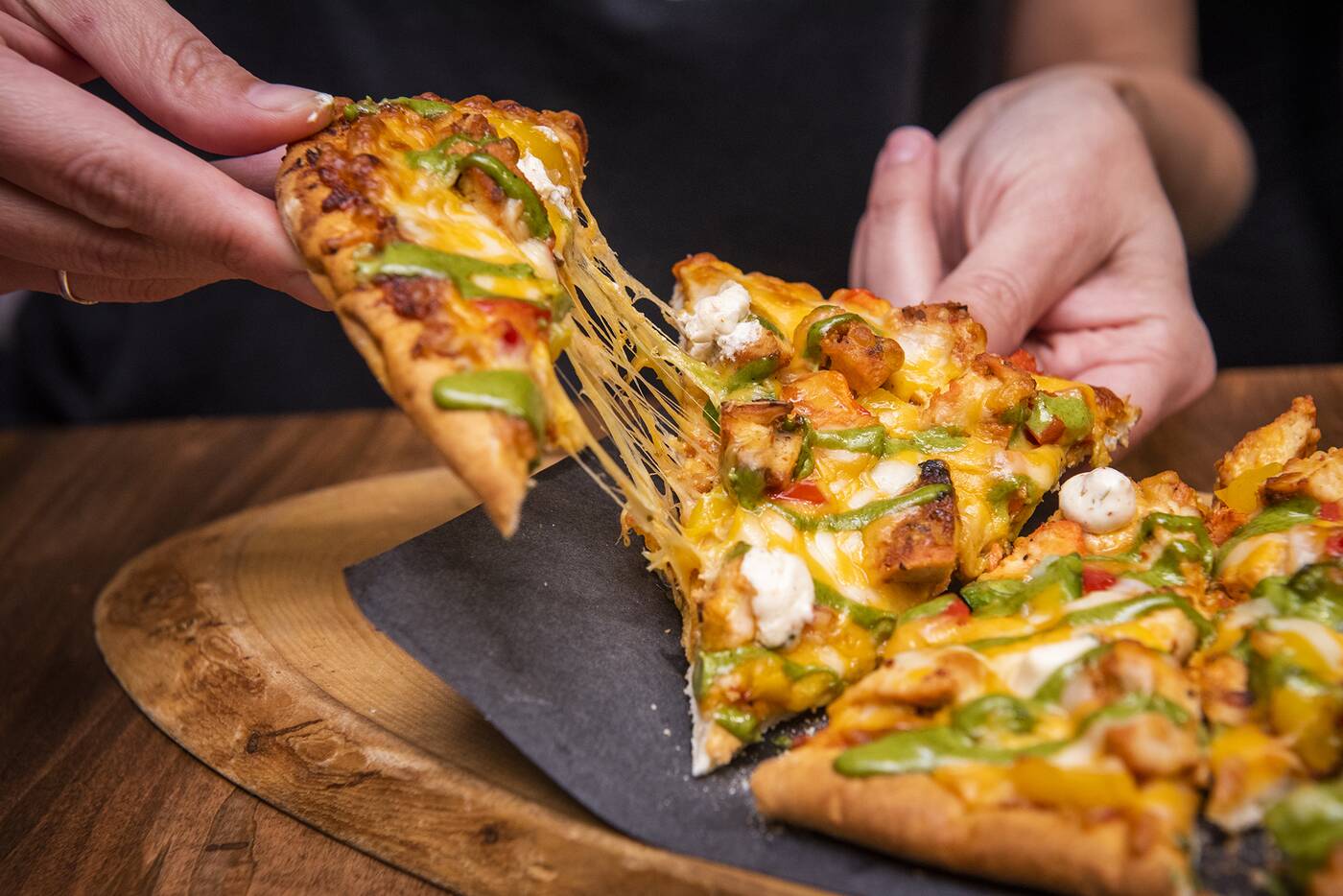 A pulled tandoori chicken flatbread ($12) is a basic shareable that comes with pickled red onions, mint chutney and makhana sauce. 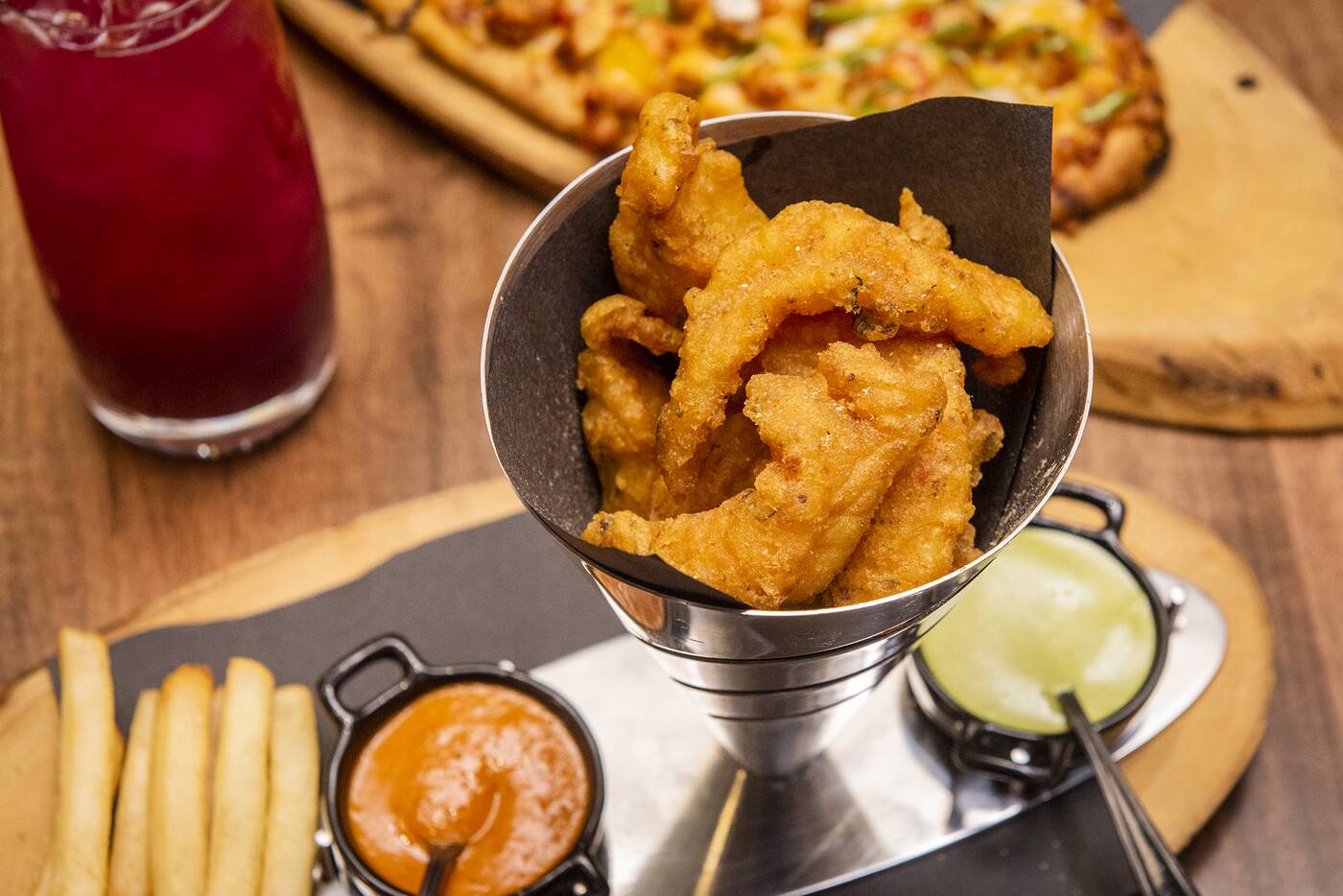 The fried halibut armristari ($18) is an Indian take on fish and chips. Using a lager from Toronto-based Indian beer brand Cheetah, the fish comes out light and crispy. 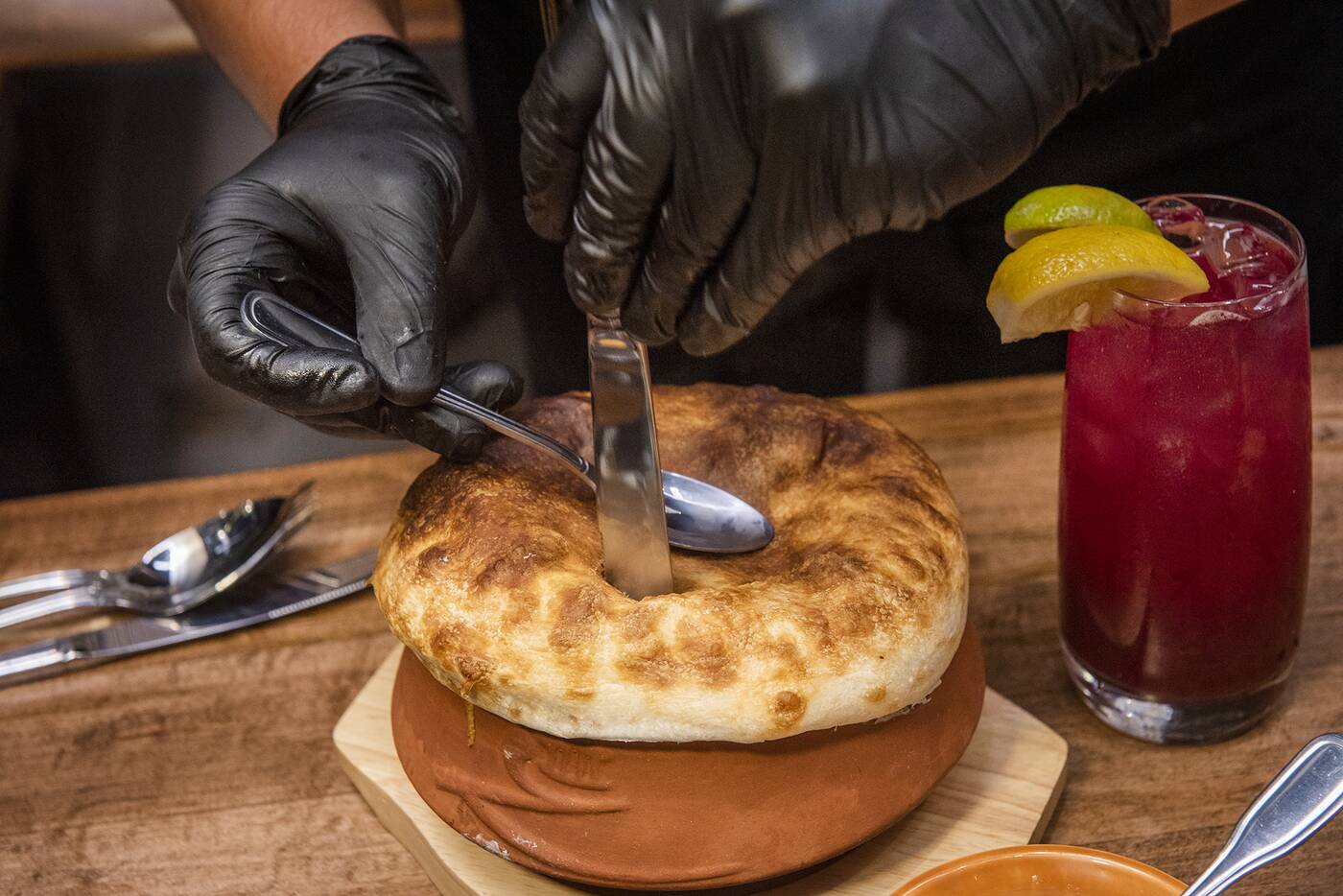 A classic chicken biryani ($18) comes beautifully presented in a piping clay pot covered by a layer of naan, which is cut open by a server to unveil the steaming rice within. 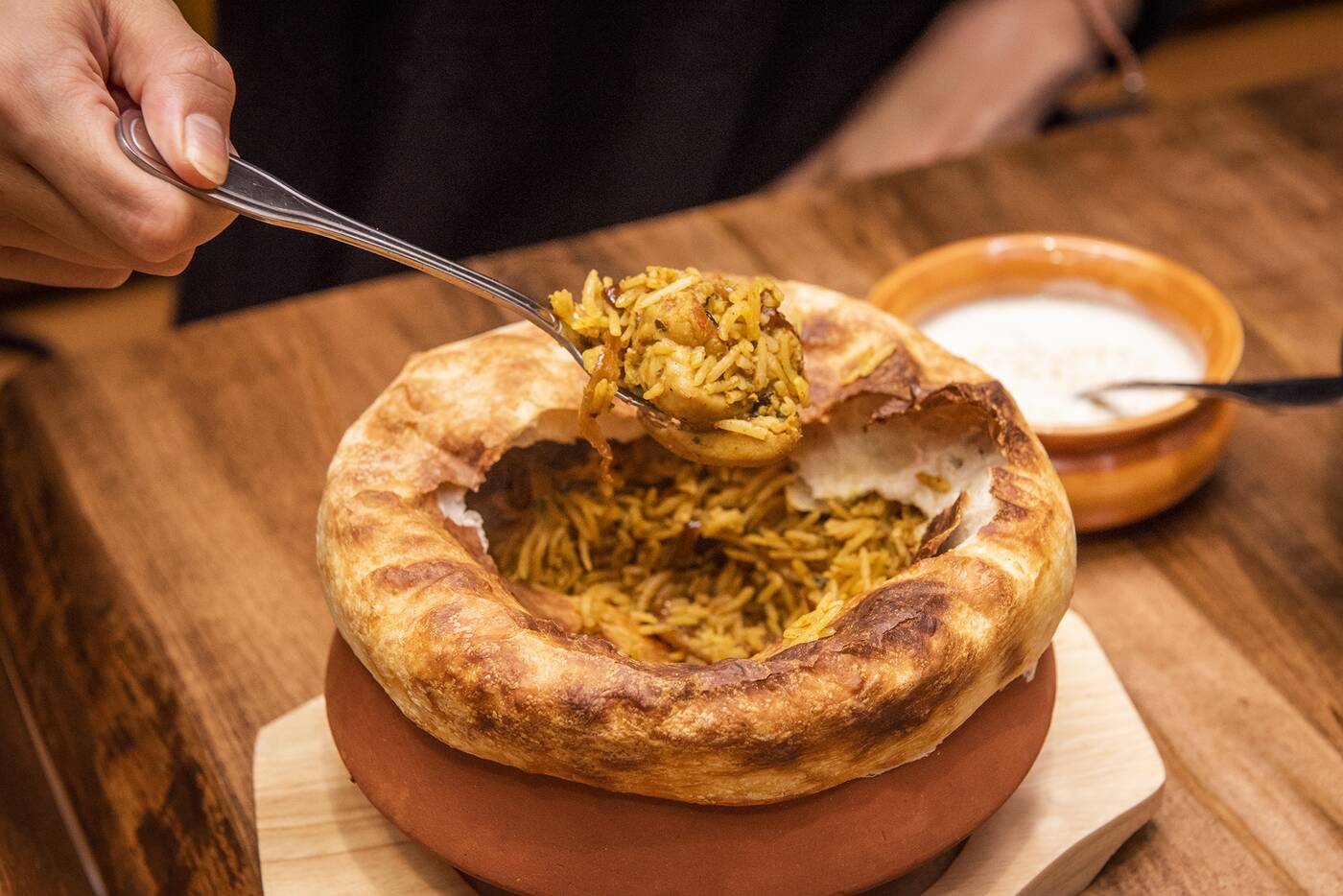 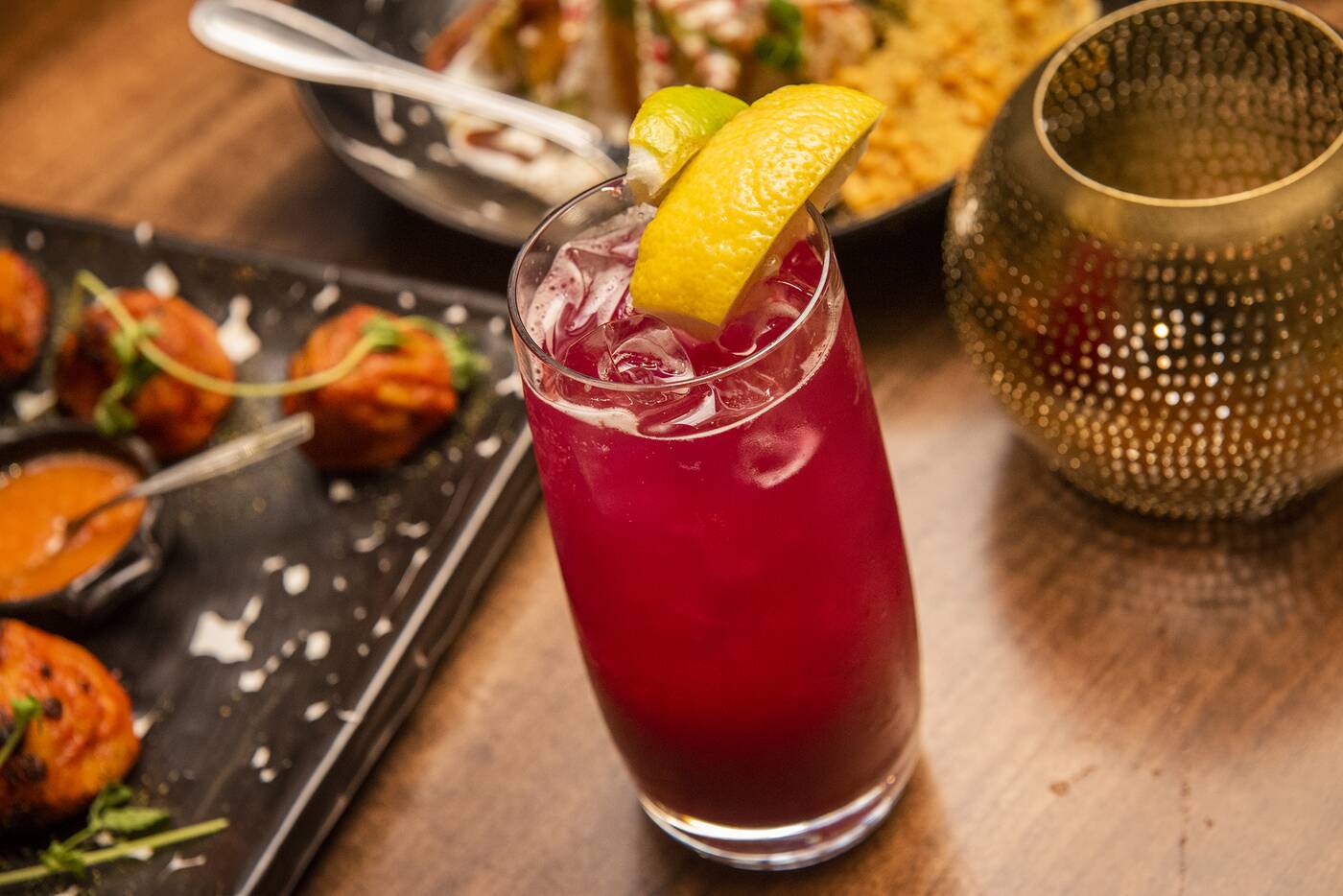 Cocktails like the gin cherry smash ($13) use healthy juices from Village Juicery. 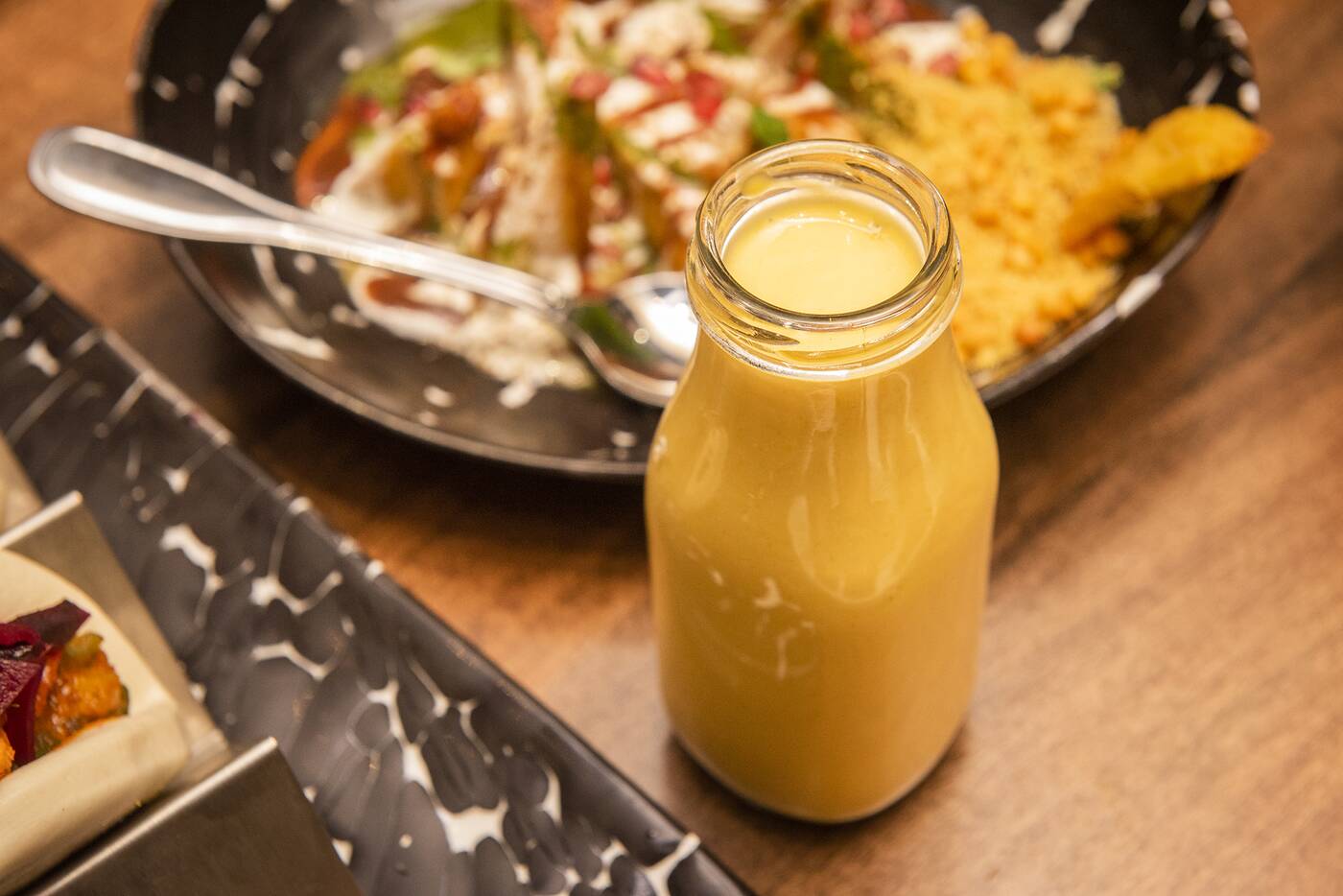 And of course you can't go wrong with a glass of thick mango lassi ($8) to round off a massive meal. 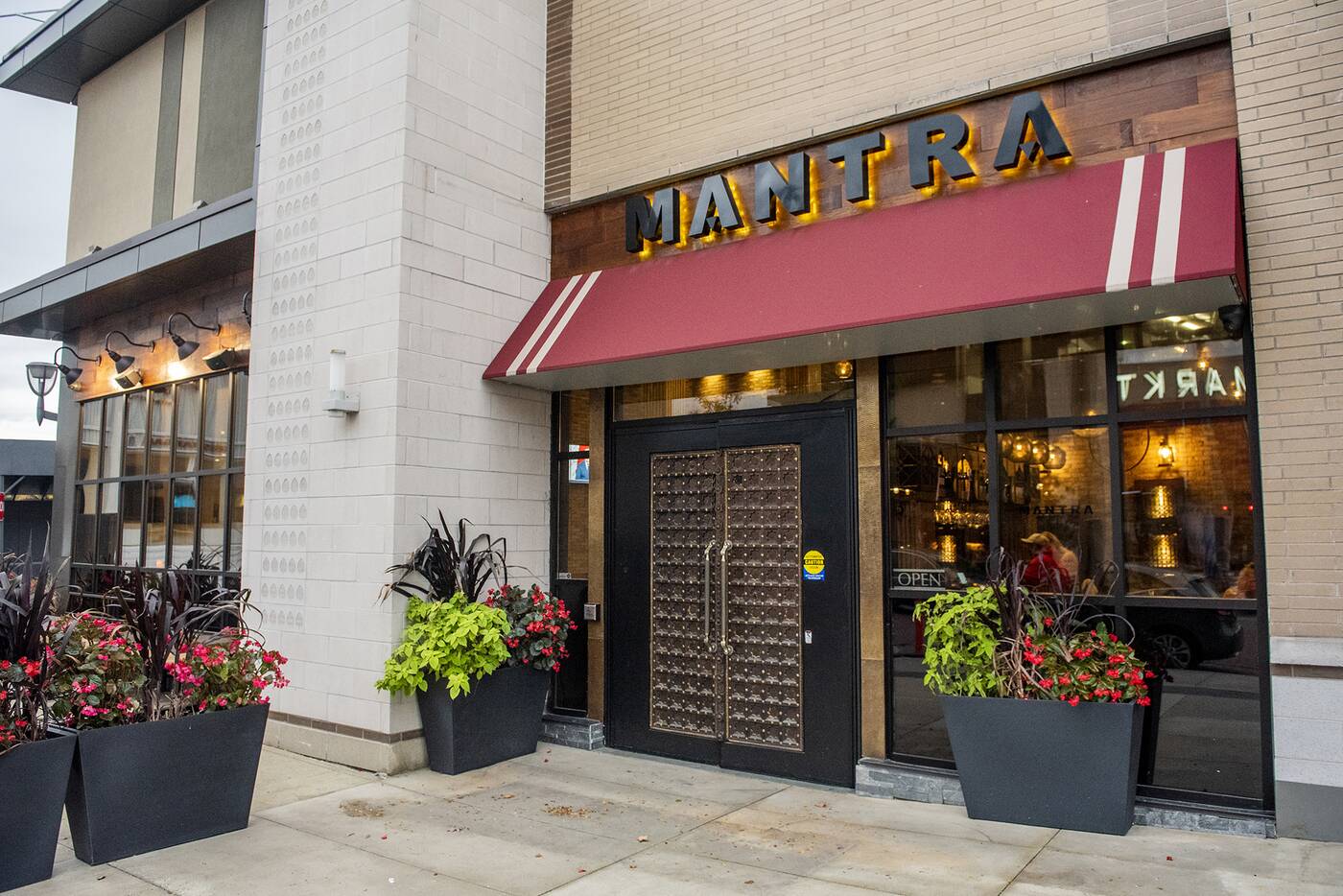