Mandy's Bistro is an elegant sit-down restaurant with nightly jazz singers who perform on their full-length stage.

The restaurant is Mandy Goodhandy's newest venture, the same owner who headed 120 Diner, a hub for jazzy brunches, and Club 120, known for hosting Sodom parties. 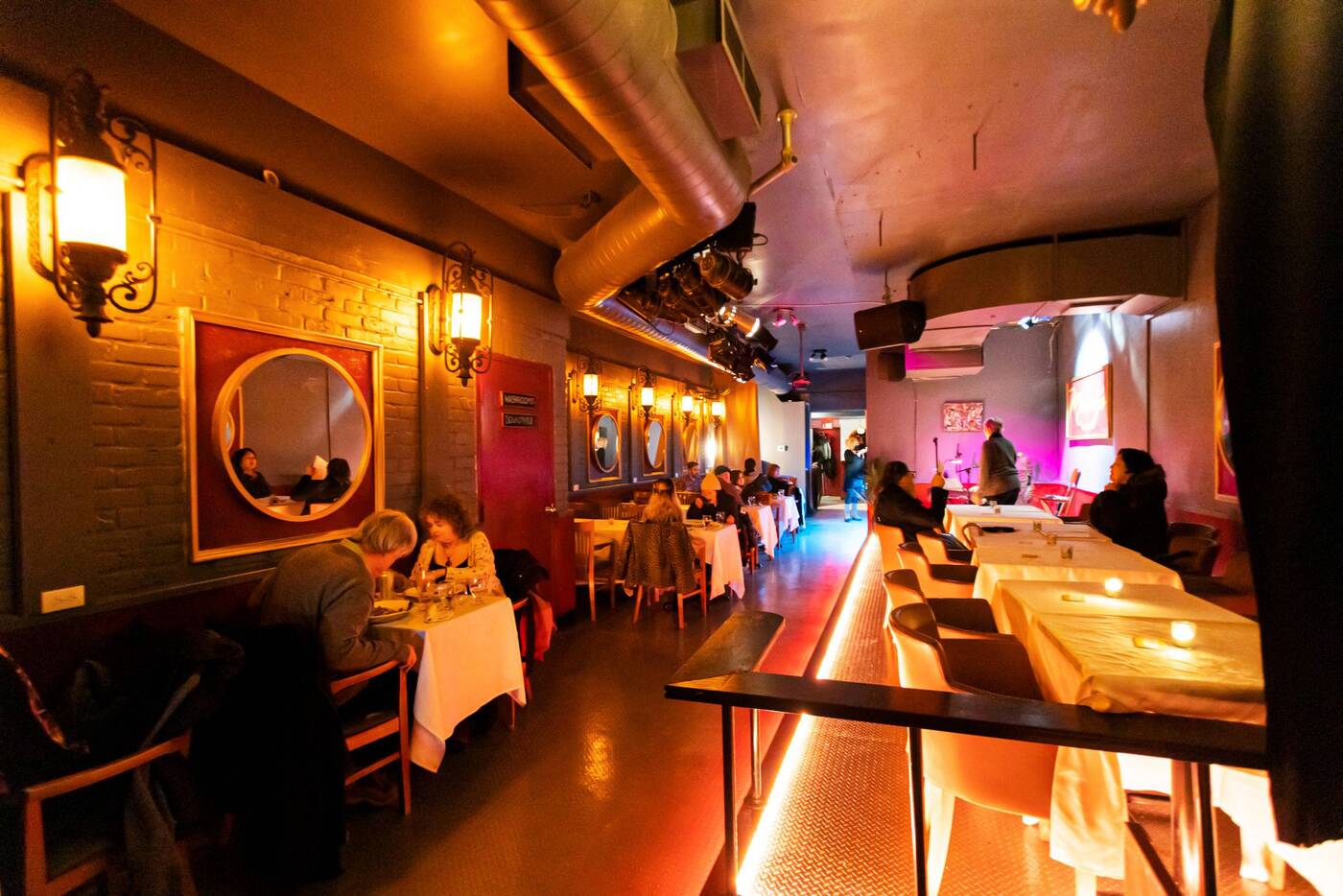 Goodhandy has brought over Chef Richard Henry from 120 Diner, who is now part-owner of Mandy's and has cooked for the likes of The Medley and Le Canard Mort.

The new space was once home to The Old Nick, when Henry and Goodhandy stepped in, the building had already been gutted. However, they still had the pub's reputation they could build on to promote their new business on the Danforth. 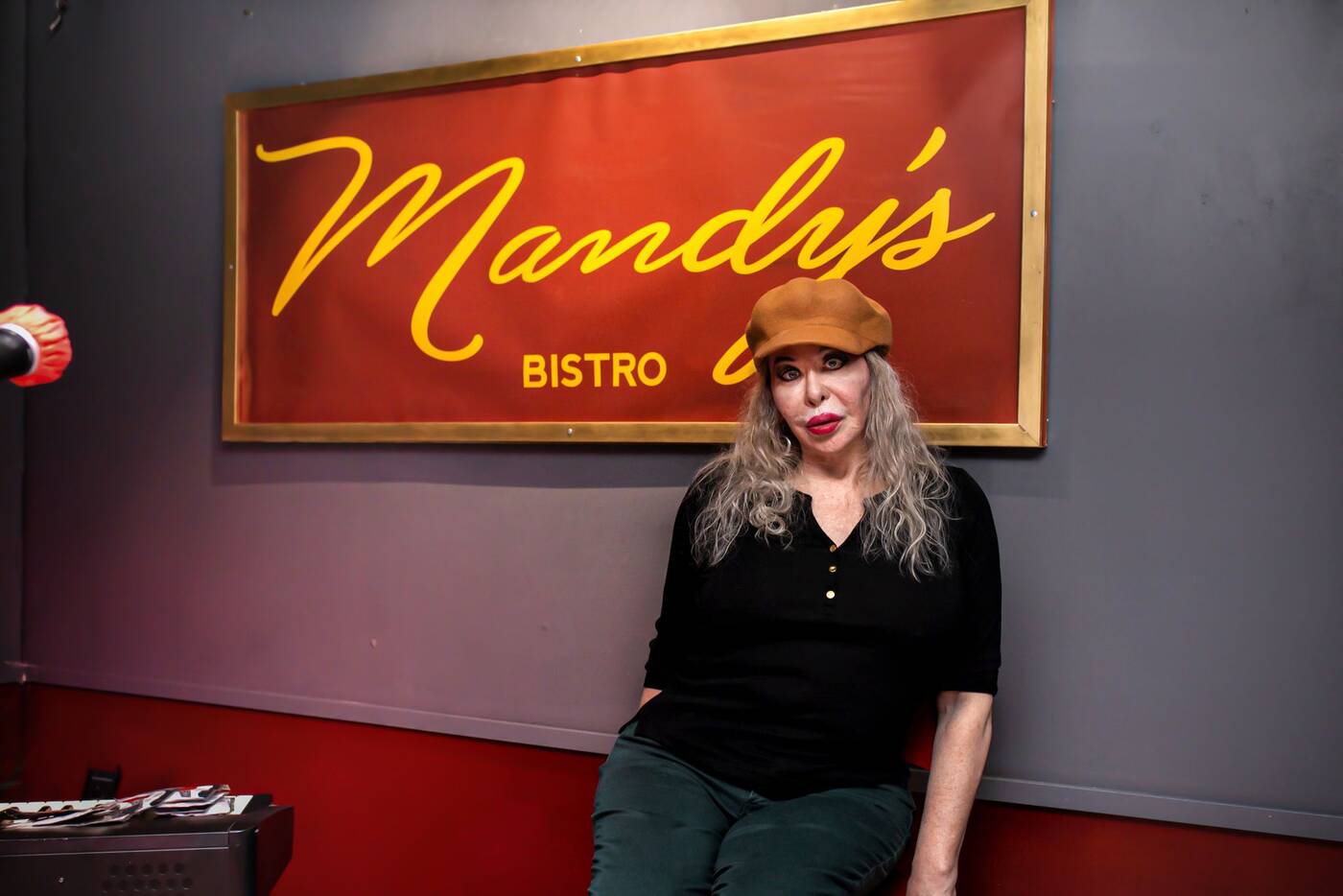 Goodhandy, who's a singer herself, is a huge supporter of local performers and musicians and considers Mandy's Bistro like her own child. 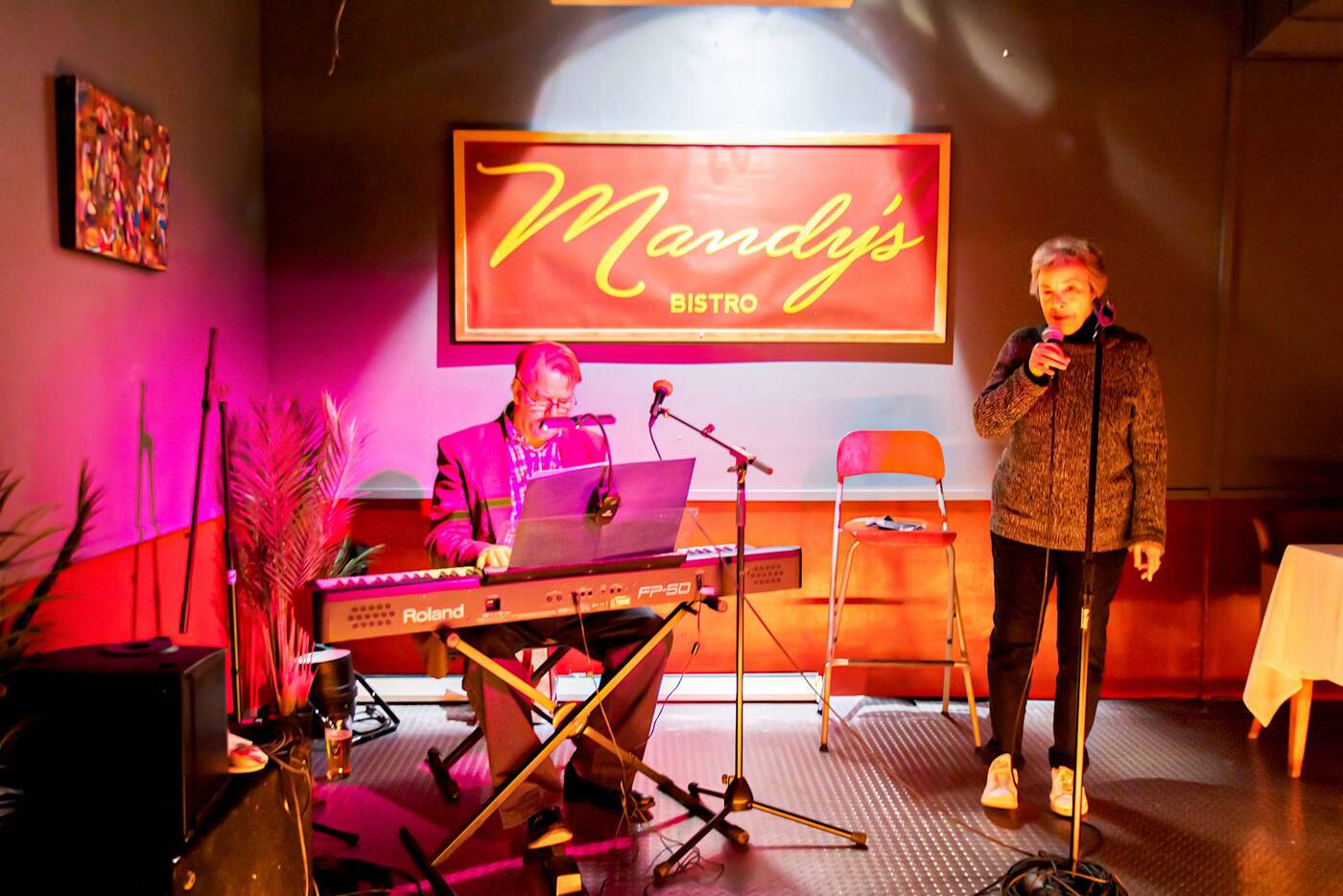 From Wednesday to Saturday, you can find open mic nights, jazz acts and comedy shows at Mandy's, which also lends itself to a good networking opportunity for up-and-coming singers and other performers.

We visited on an open-mic night, and although the stage was free for anybody to join, the people who sang were very talented. It was nice to see real, everyday people take the courage to get up there and perform. 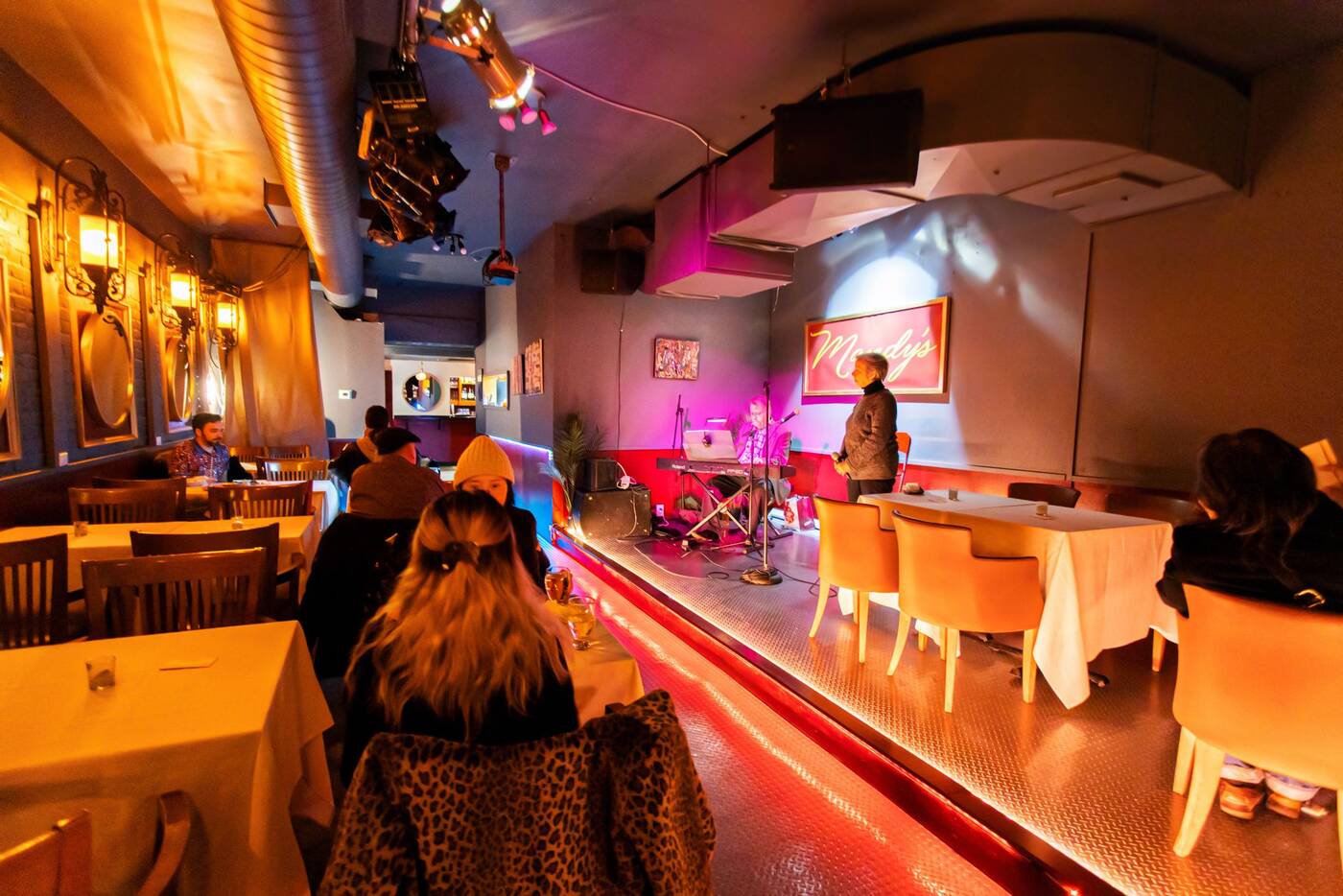 Mandy's is the kind of spot you want to go to when you're looking for a restaurant with a bit of an upscale feel that doesn't bust your wallet with high-priced food. You'll also feel comfortable in a casual wardrobe. 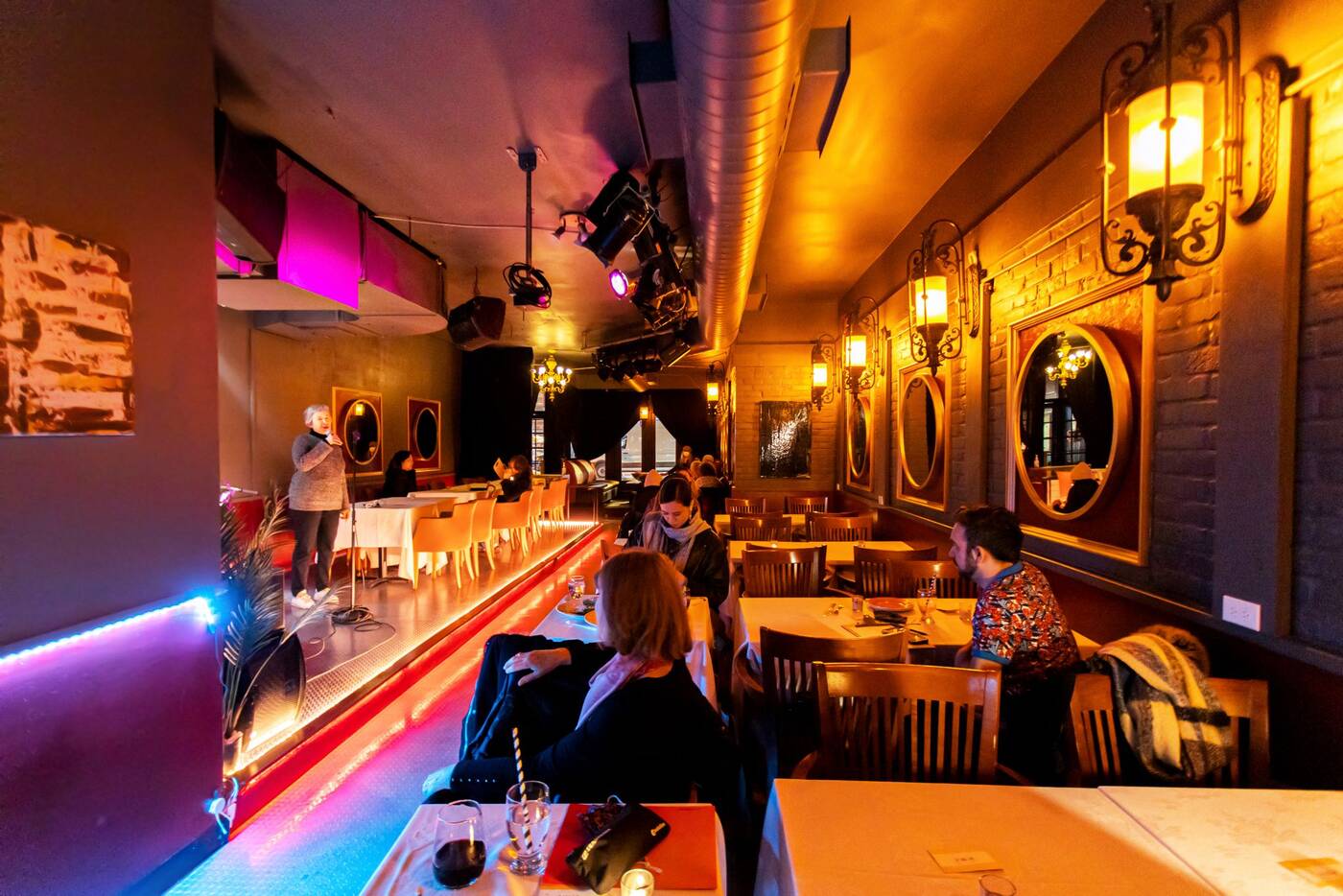 Allow the live music to serenade you while enjoying a meal. You'll have more than enough atmosphere to fill conversation if you decide on this spot for date night. 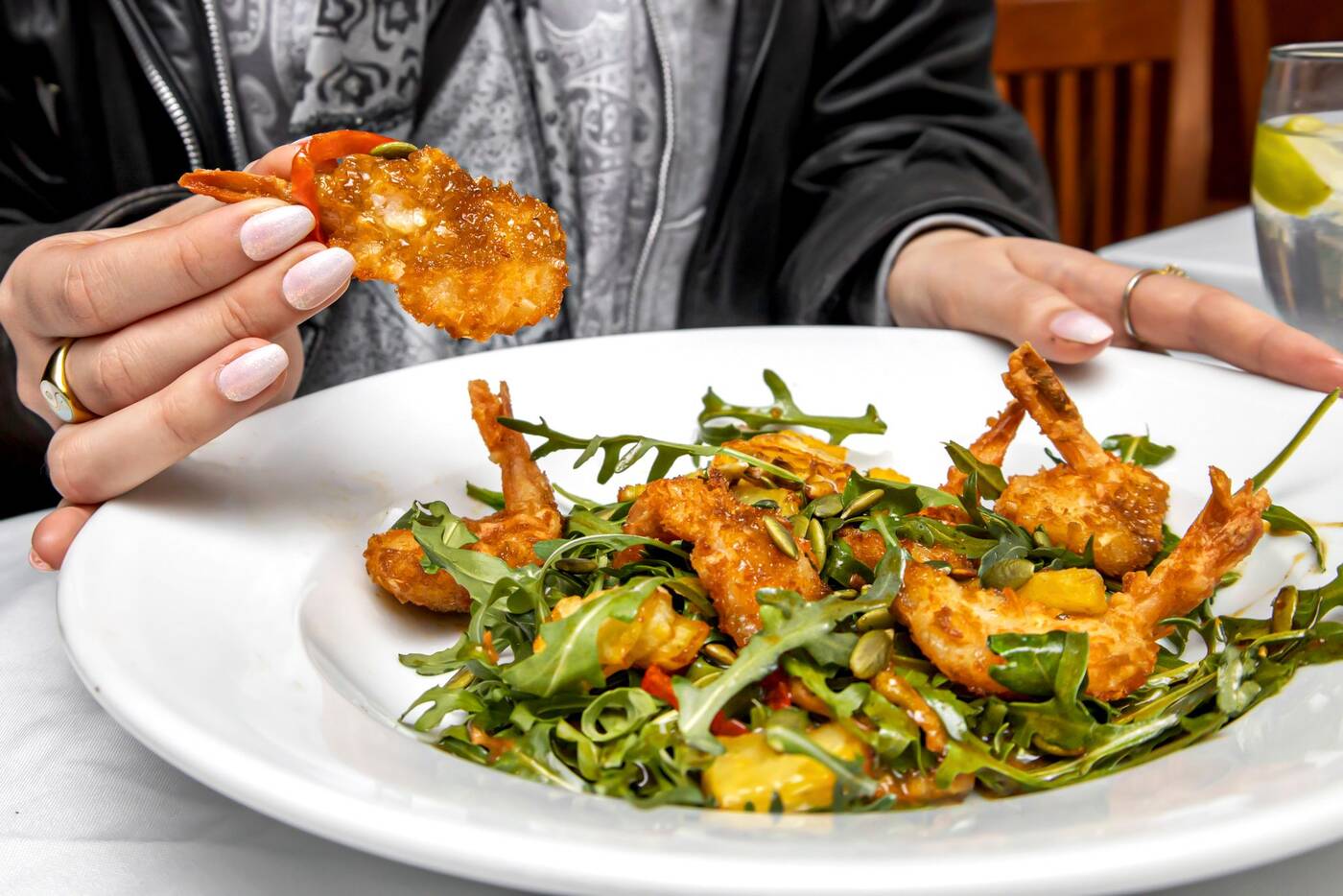 For an appetizer, I'd recommend trying the Kung Pao Shrimp ($16.00). Eight pieces of fried coconut shrimp are tossed in a sweet and sour sauce, with peppers, pineapples, and pepita seeds, then served on a bed of arugula for extra flavour. Crunchy and sweet, you'll keep reaching back for these. 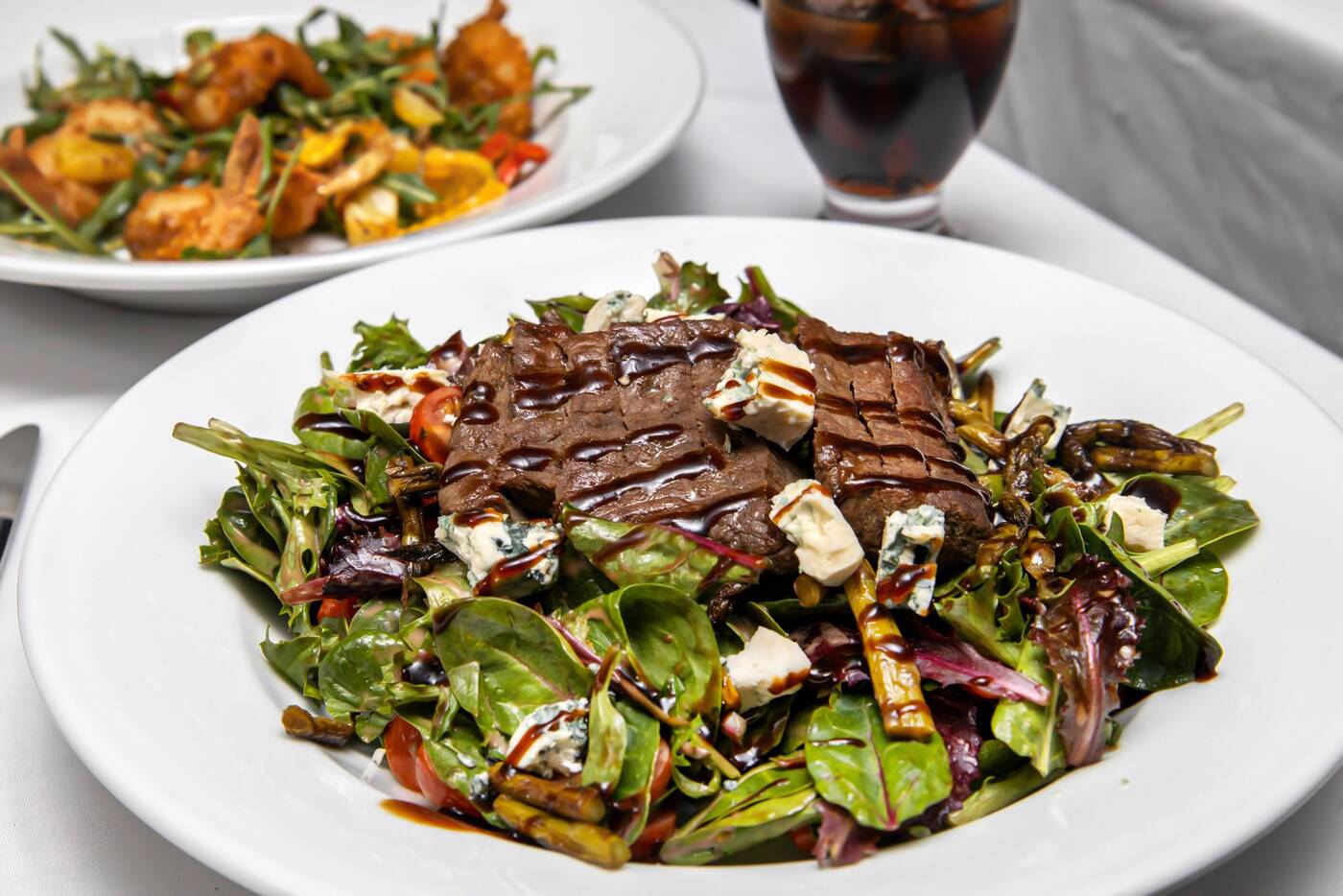 The Steak Salad ($19.00) is a large enough portion to count as a whole meal. Heaps of mixed greens are topped with tomatoes, asparagus and blue cheese, adding a creaminess to the bowl. Pick your style of steak. We did well-done, and it still tasted tender and juicy.

A ginger-balsamic vinaigrette glazes the rest of the mix, giving it a different type of zest, compared to the regular dressing. 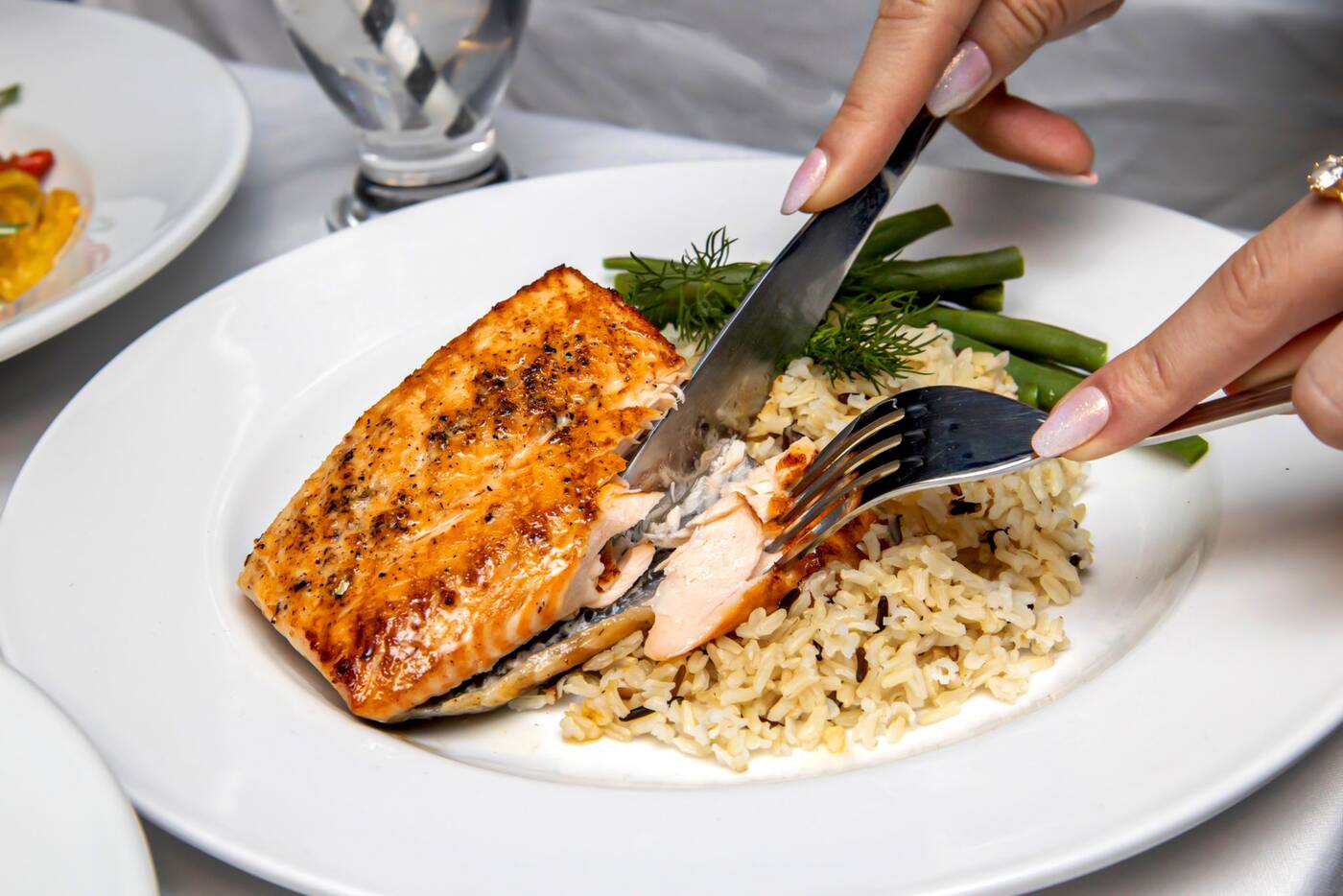 For the main course, we tried the Glazed Salmon ($22.00). Served in a slightly smaller portion compared to the rest of what we tried on the menu.

The fish is simmered in a maple and sesame sauce, adding a sweet touch to its soft flakes in each forkful. Wild rice is served on the side and complements the salmon well, plus a handful of green beans so you can get your veggies in. 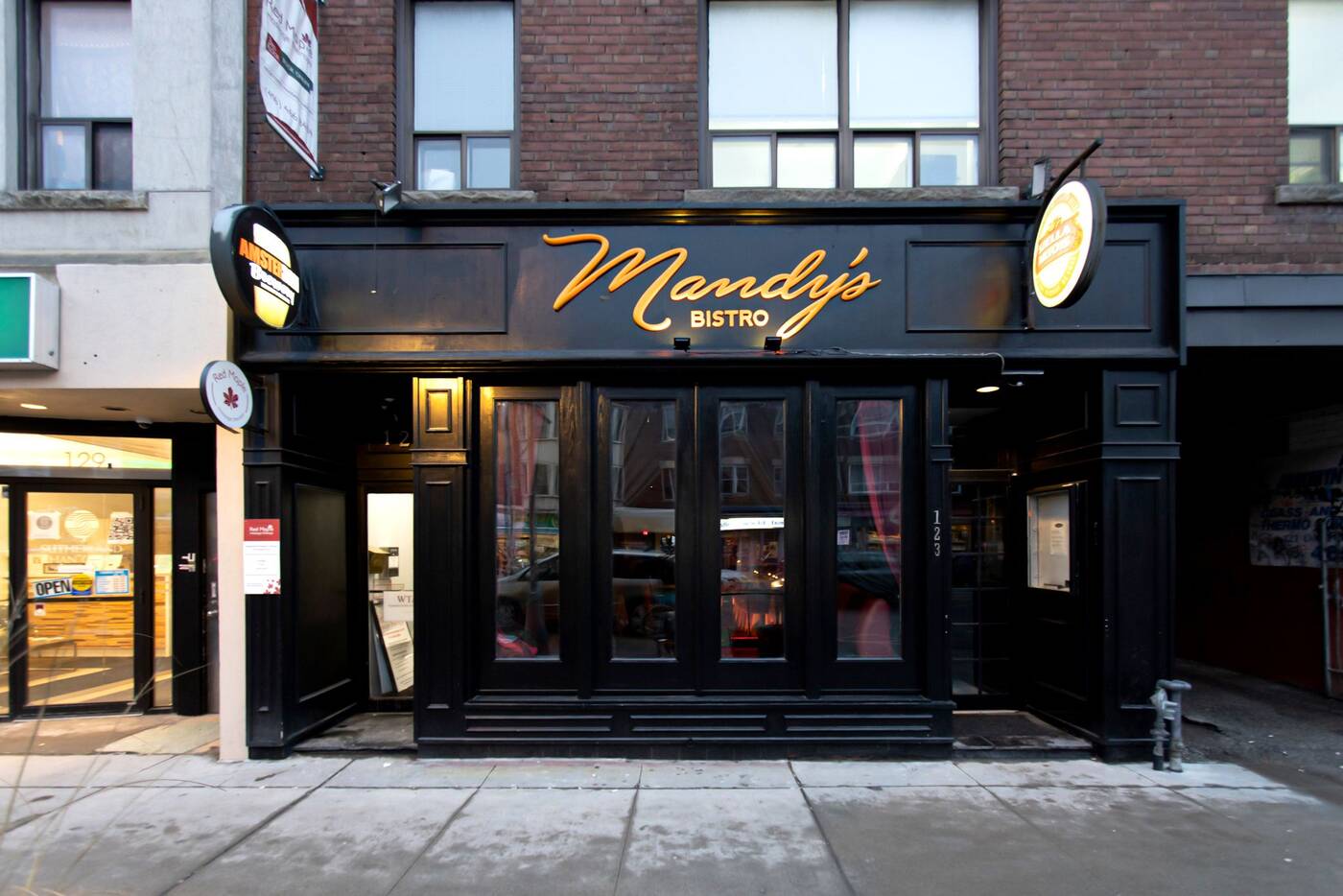 Mandy's striking black exterior is hard to miss among the other bars and restaurants on the Danforth strip, near Broadview. As the weather gets warmer, you might even pass by to see live music happening in an area near the front windows.