Mandi Afandi brings iconic dishes from across the Arabian Peninsula straight to Toronto.

Located in Thorncliffe Park with another location in Mississauga, the spot that serves up plates and platters has become known for its signature Mandi dishes. 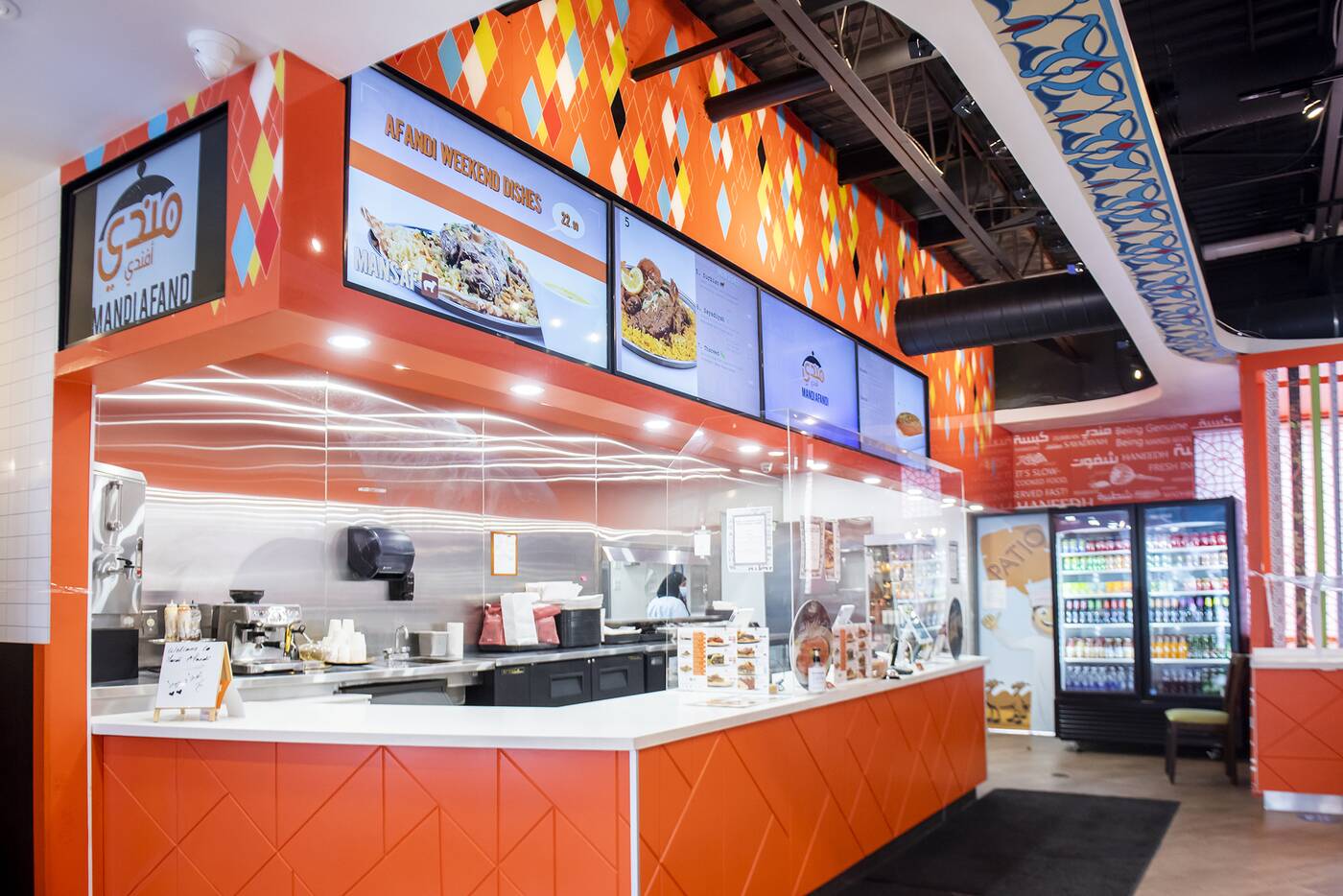 The bright interior consists of oranges, yellows and blues, and has a large counter at the front for placing a takeout order. There are also plenty of dine-in spots when available. 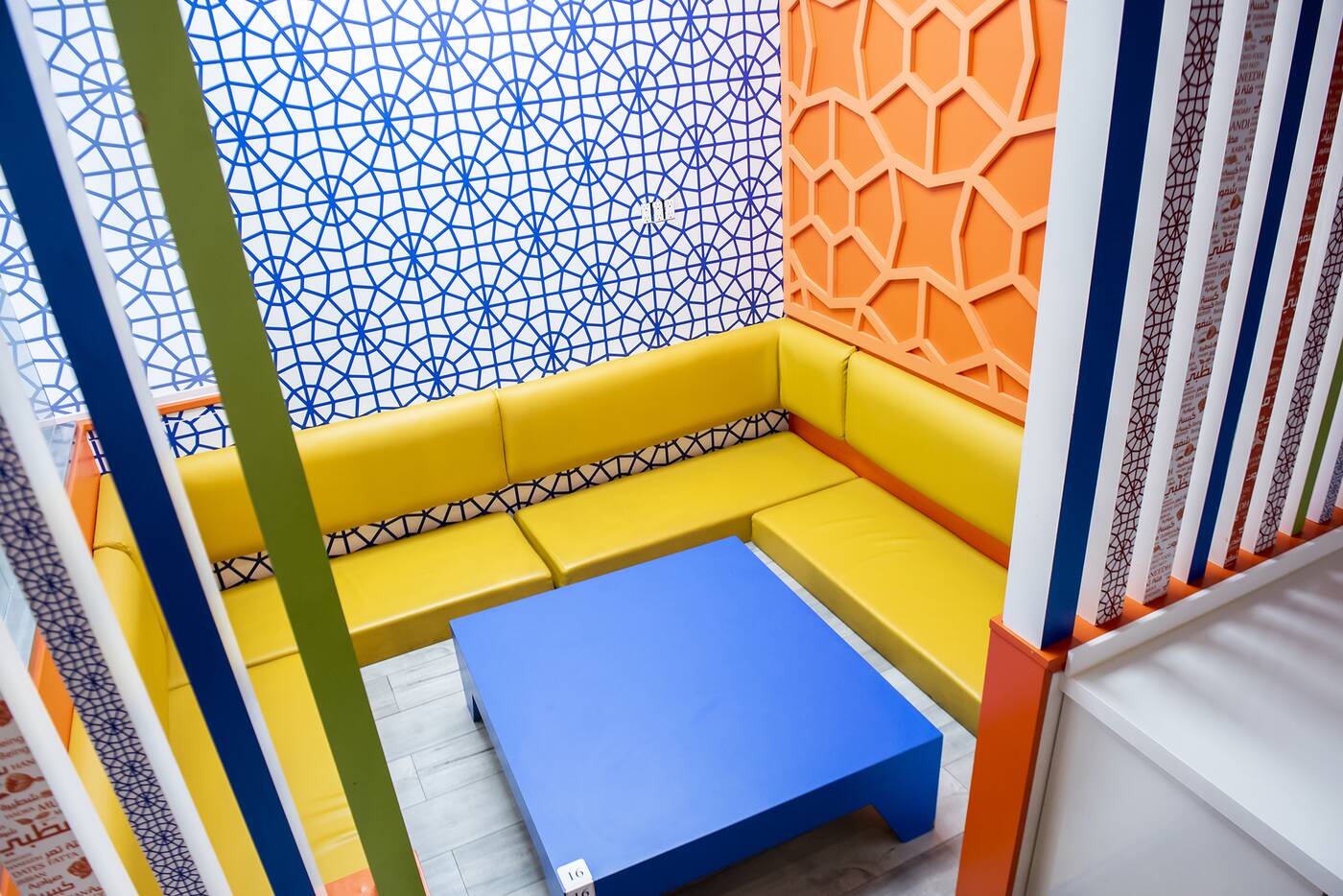 Besides a number of tables and chairs set around an open dining room, there are low-seated enclosed booth sections lining one of the walls. 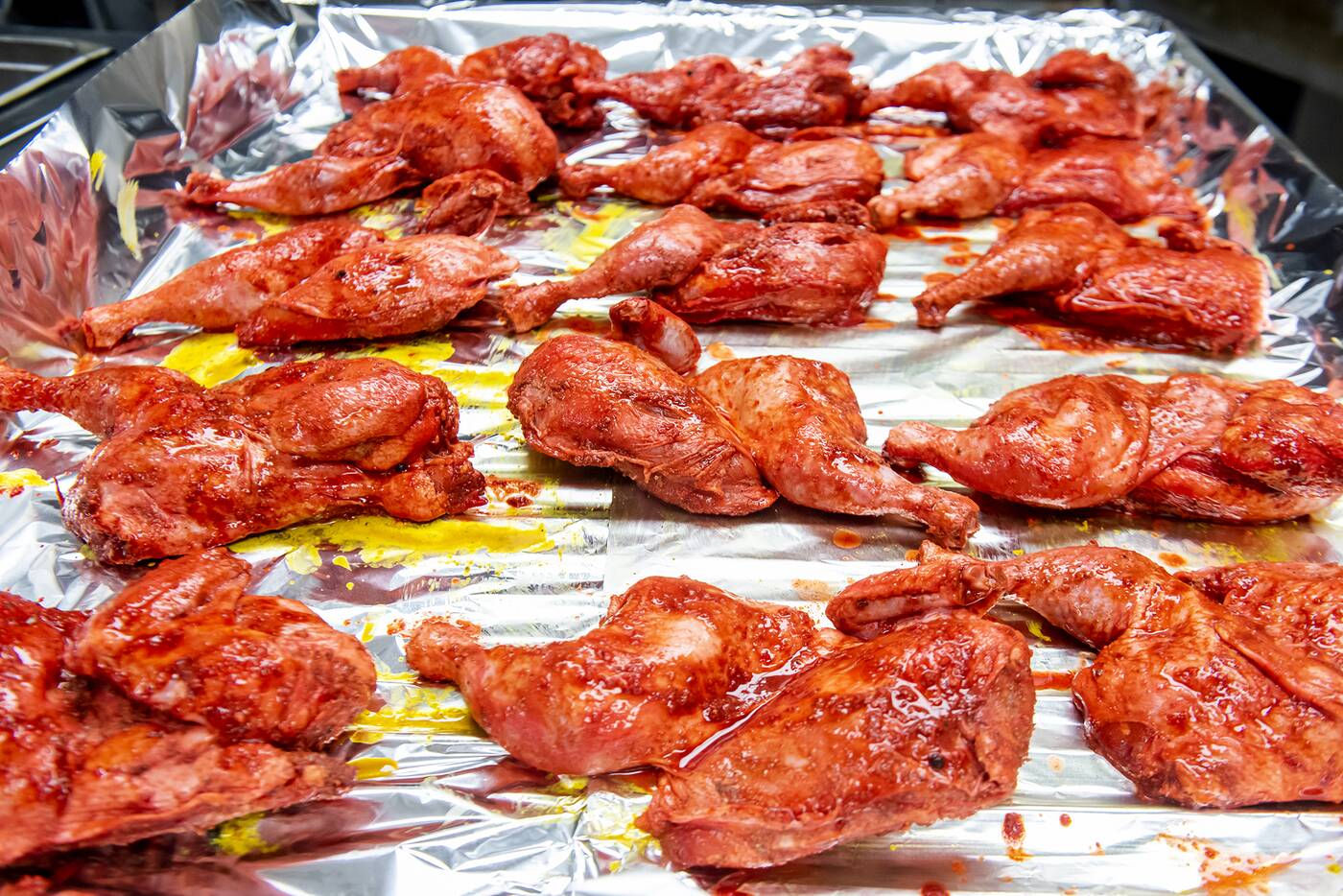 Inside the kitchen, there's an equal heating oven that's been imported from Dubai to replicate the taste you'd achieve in an underground oven. 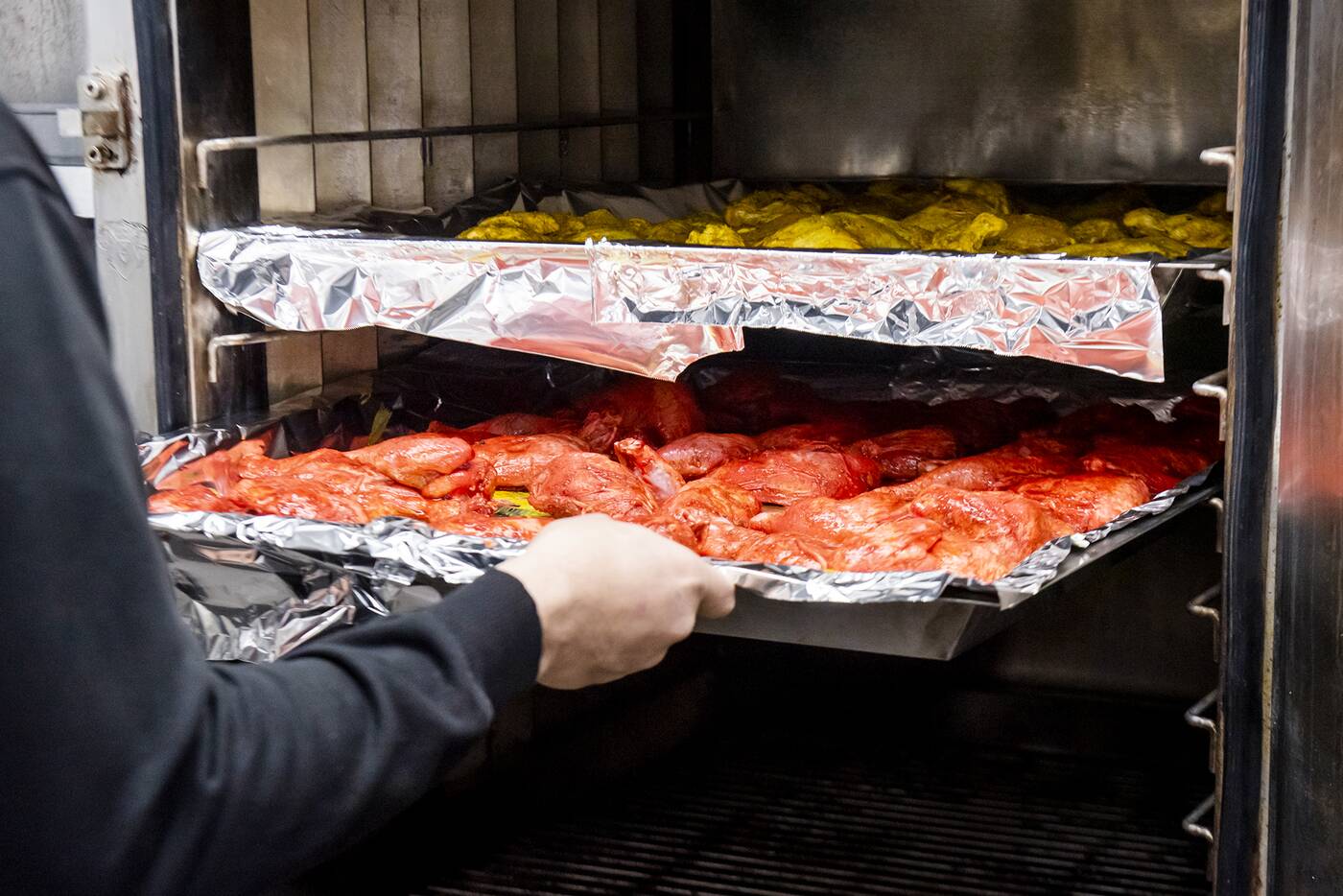 After being tightly sealed shut, the steam is released at the top as the meat cooks for about an hour at a low temperature to have the chicken or lamb literally falling off the bone once it's finished. 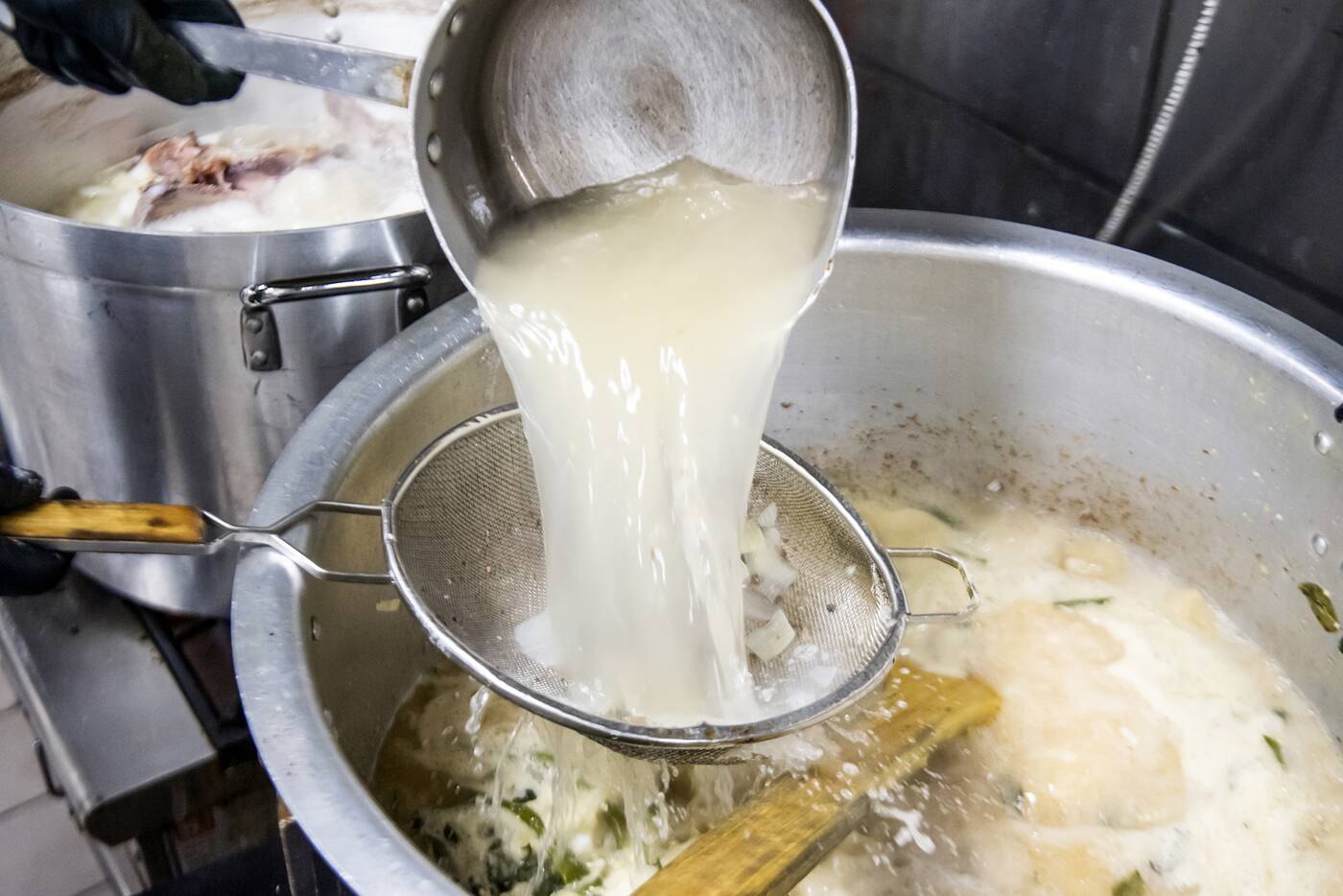 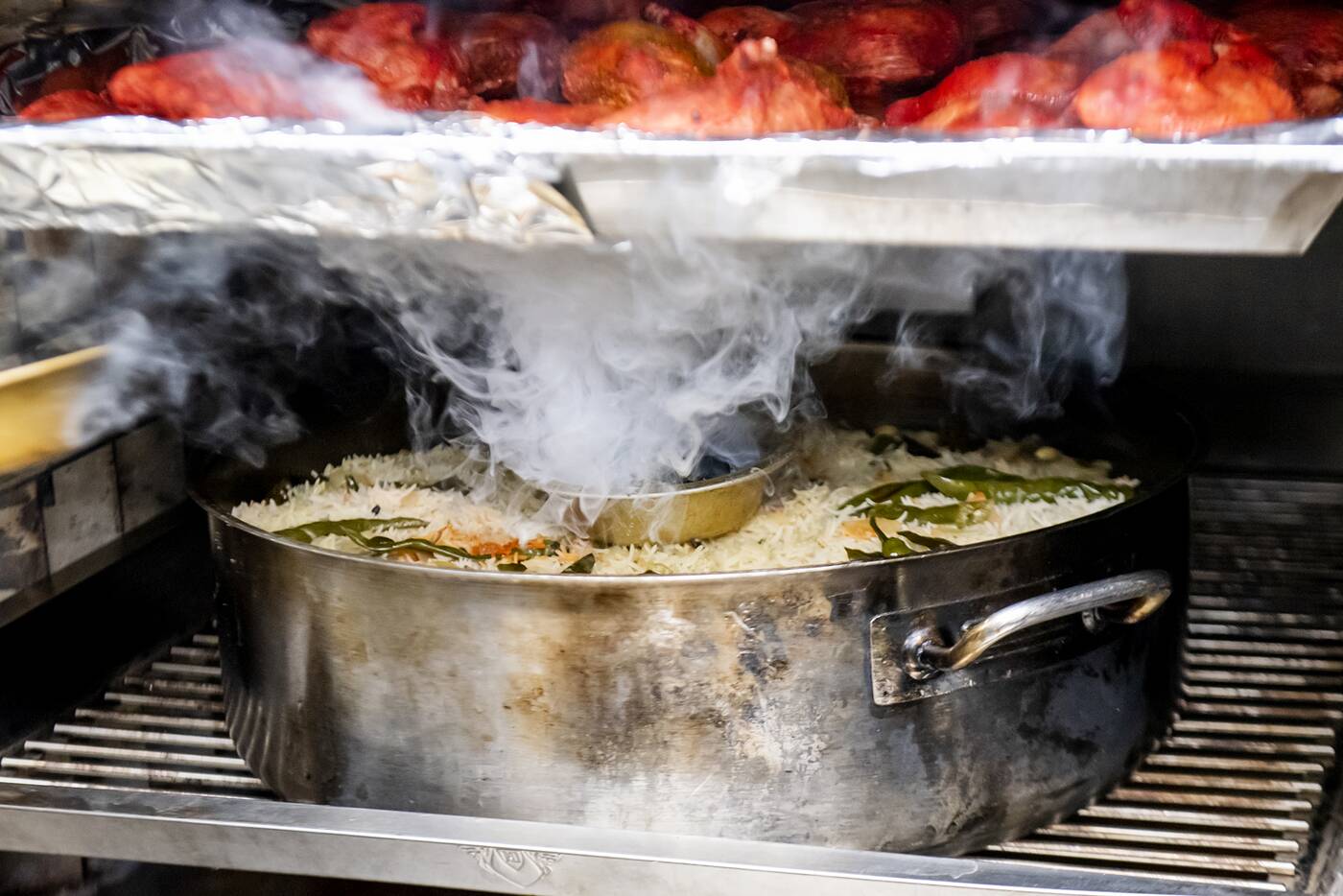 A bowl of charcoal is even splashed with oil during the cooking process to add some smokiness. 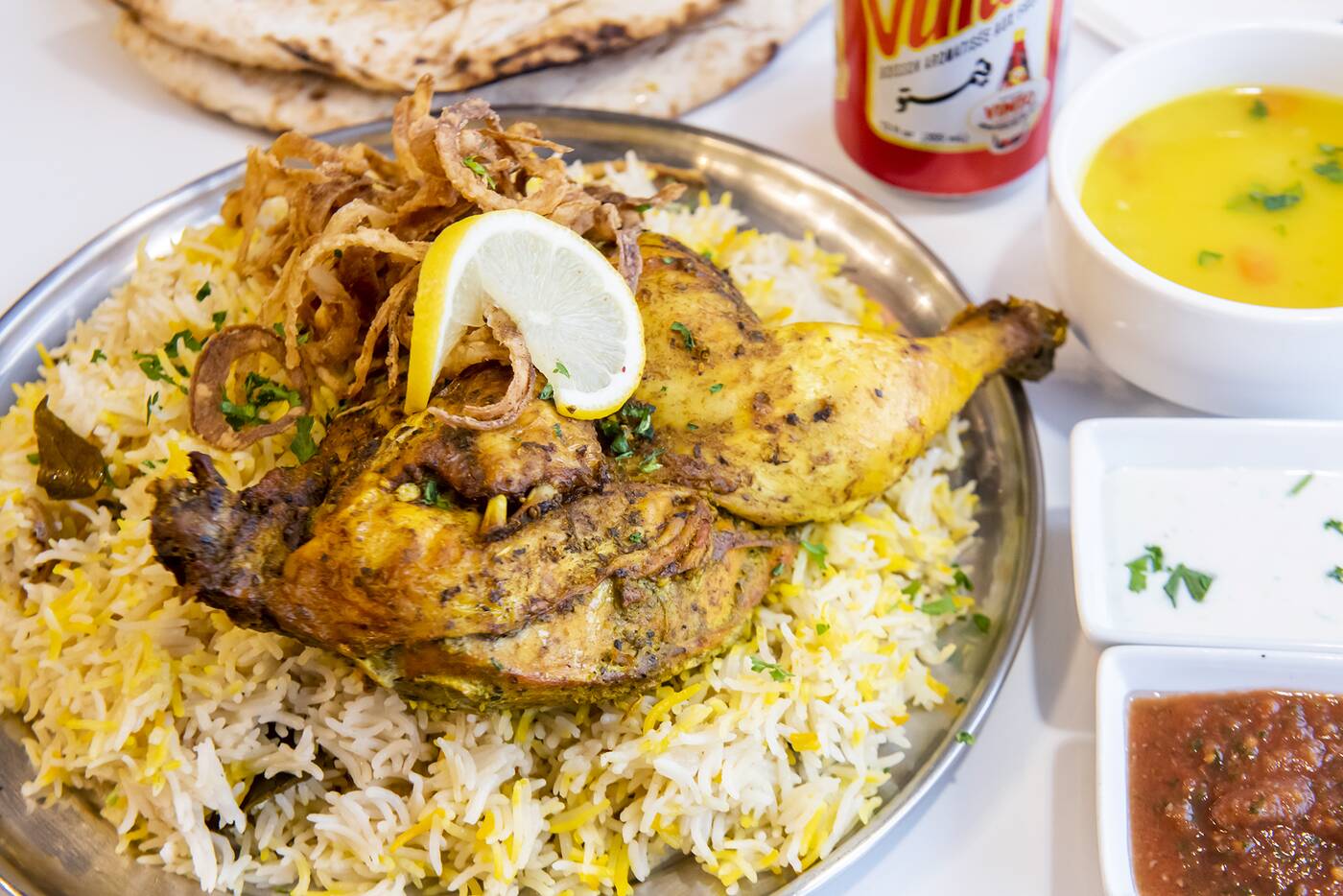 A batch of meat and rice is put in the oven in the morning, afternoon, as well as in the evening, so that no matter the time of day you order, it's always fresh. 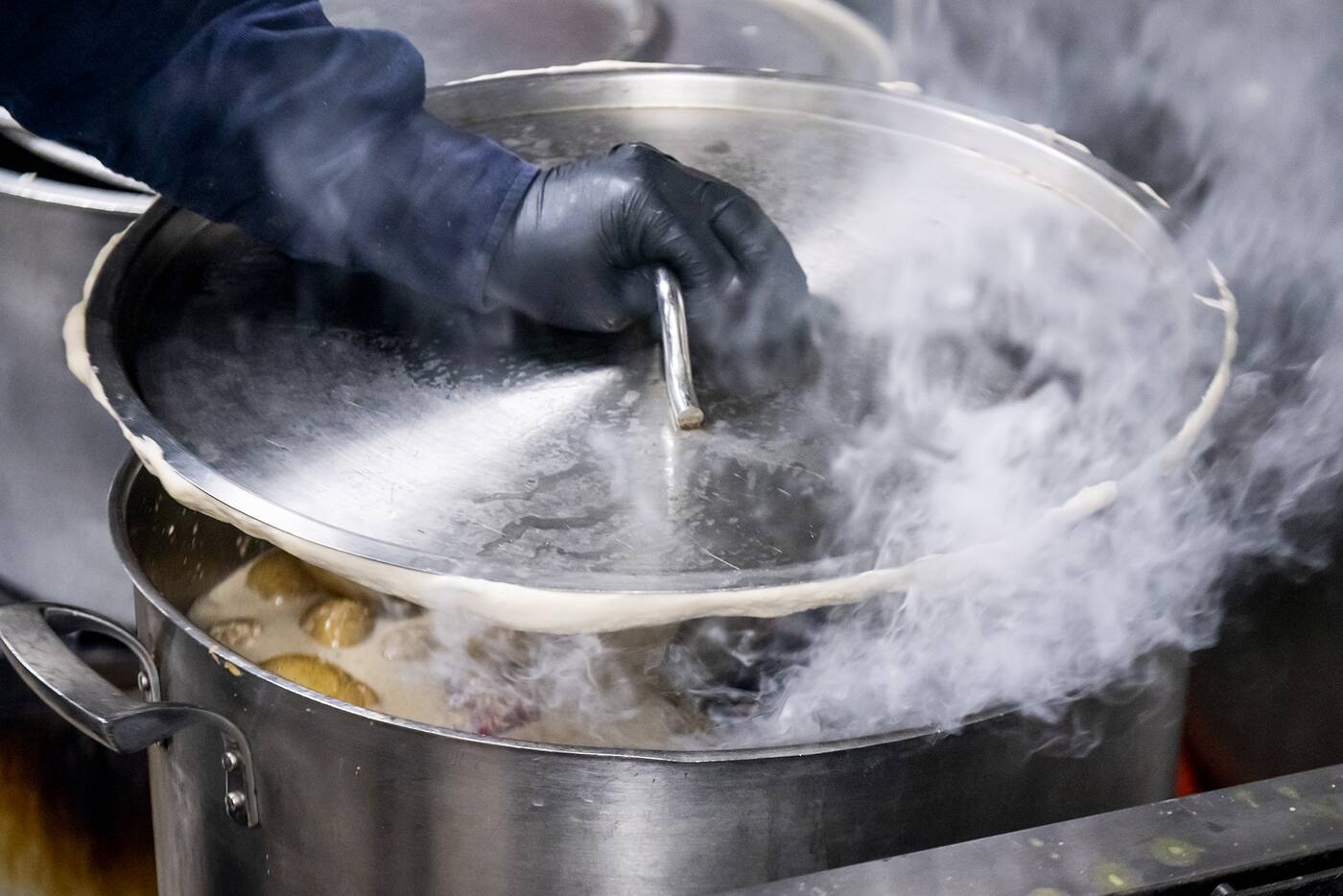 For the Zurbian dish ($20.99), lamb, whole potatoes, and a mix of spices including garlic, ginger and fried onion are mixed together and covered with a lid lined in dough so that it can be tightly sealed. 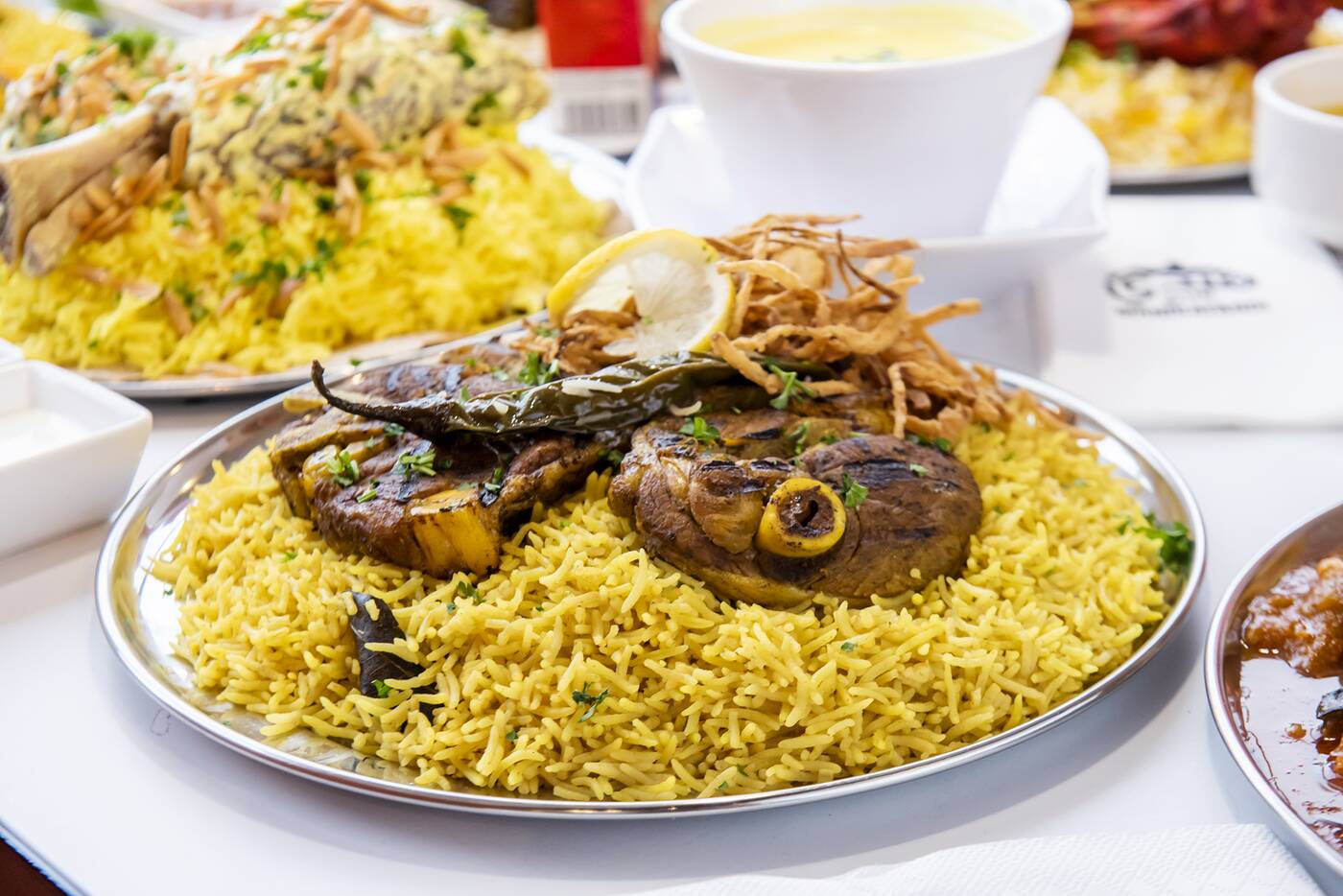 It's then pressure cooked in that pot before going into the oven for about six hours. 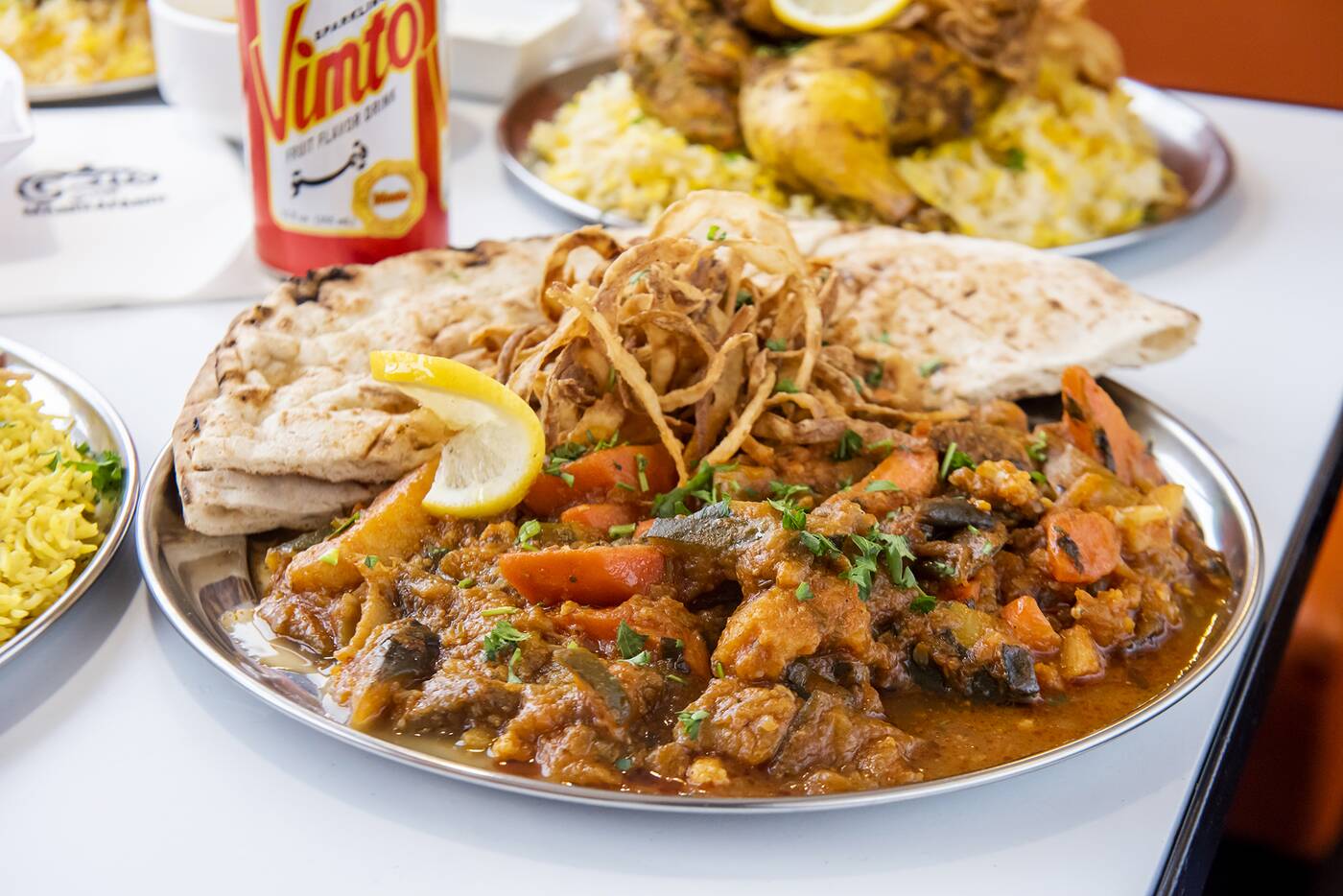 Although the meat is somewhat of a specialty here, there are also a few vegetarian options. Thareed ($9.99) comes with assorted vegetables cooked in a tomato-based house sauce. 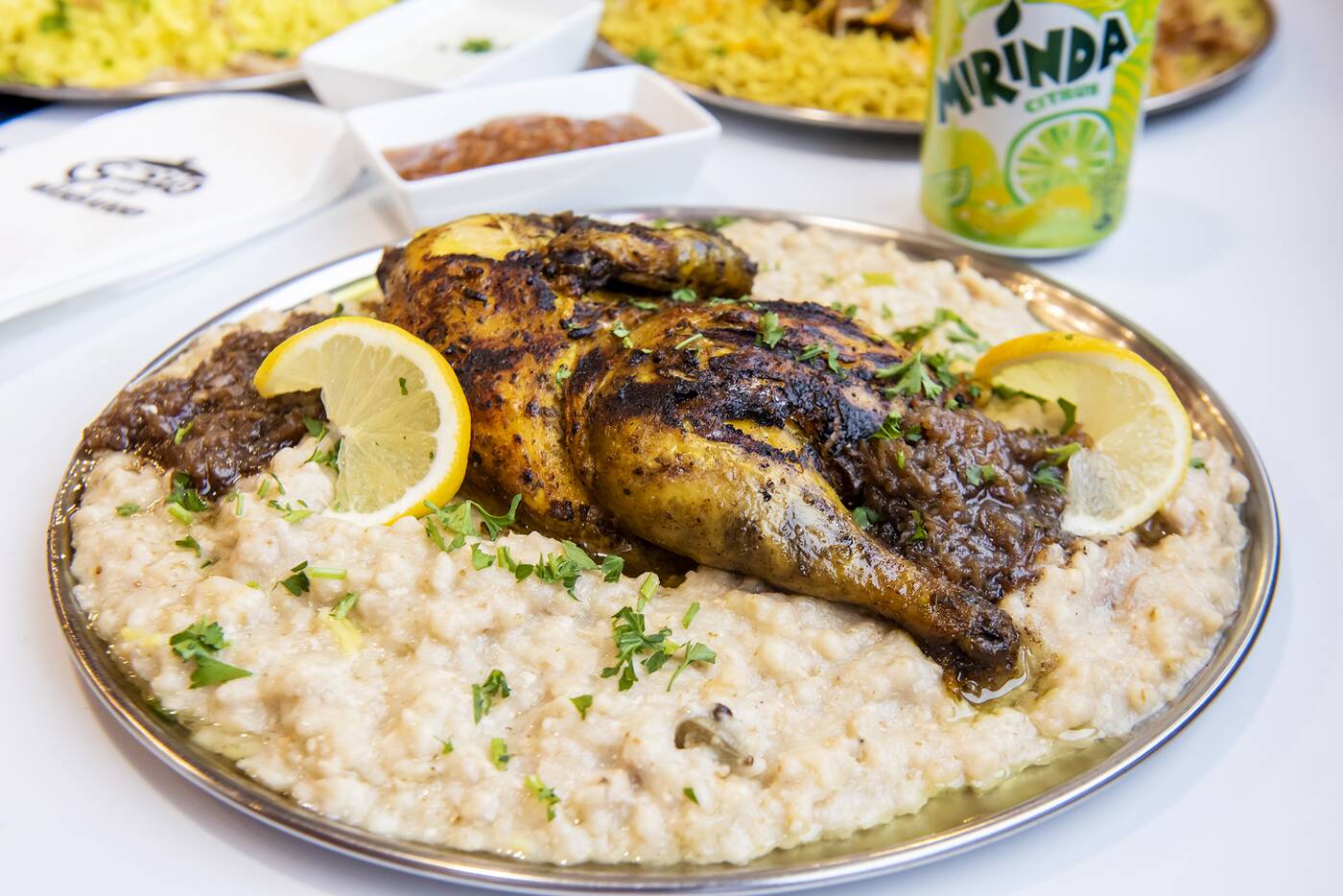 While rice is another one of their staples, Jareesh (chicken with cream sauce: $19.99, lamb with tomato sauce: $23.99) comes with cracked wheat instead. 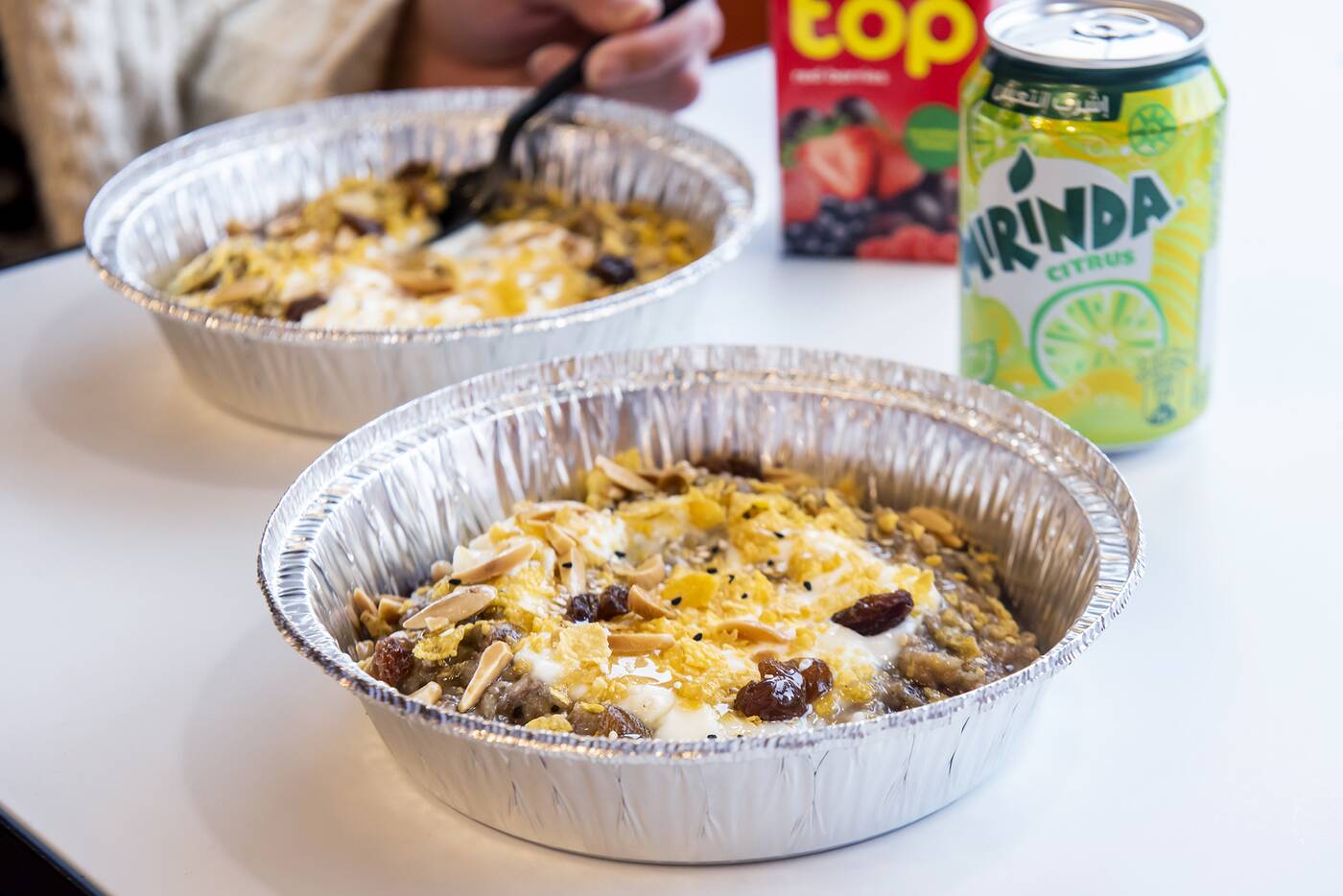 As for desserts, there's Masoob ($5.99). Actually considered a morning meal in Yemen, the sweet mixture consists of bananas and bread pudding with dates, honey, cream, and raisins. 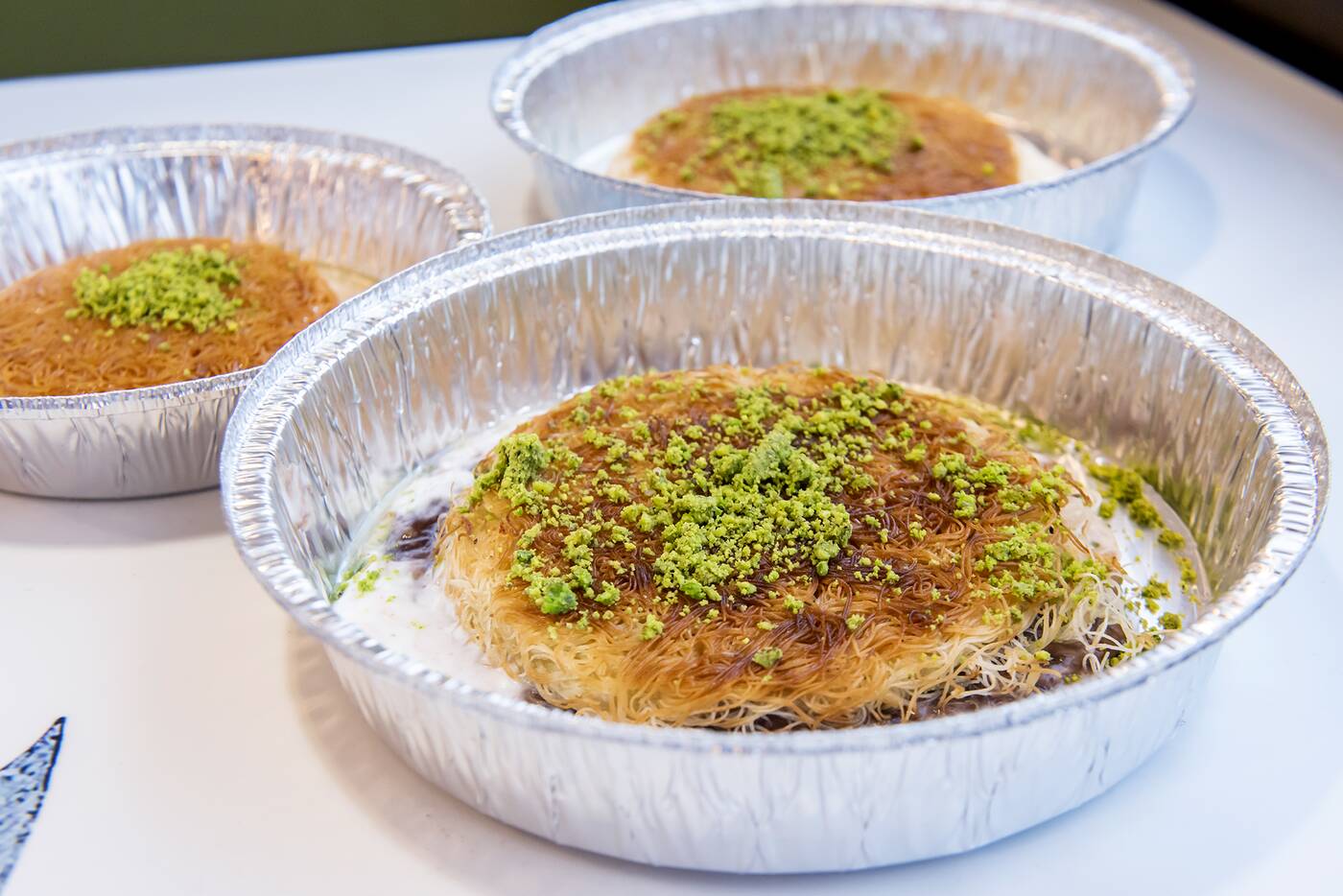 They also do three different types of Kunafa. For one, the shredded filo pastry is layered with sweet syrup and cheese ($5.99) and another comes with cream ($7.99). But most unique has to be the cream and Nutella option ($9.99). 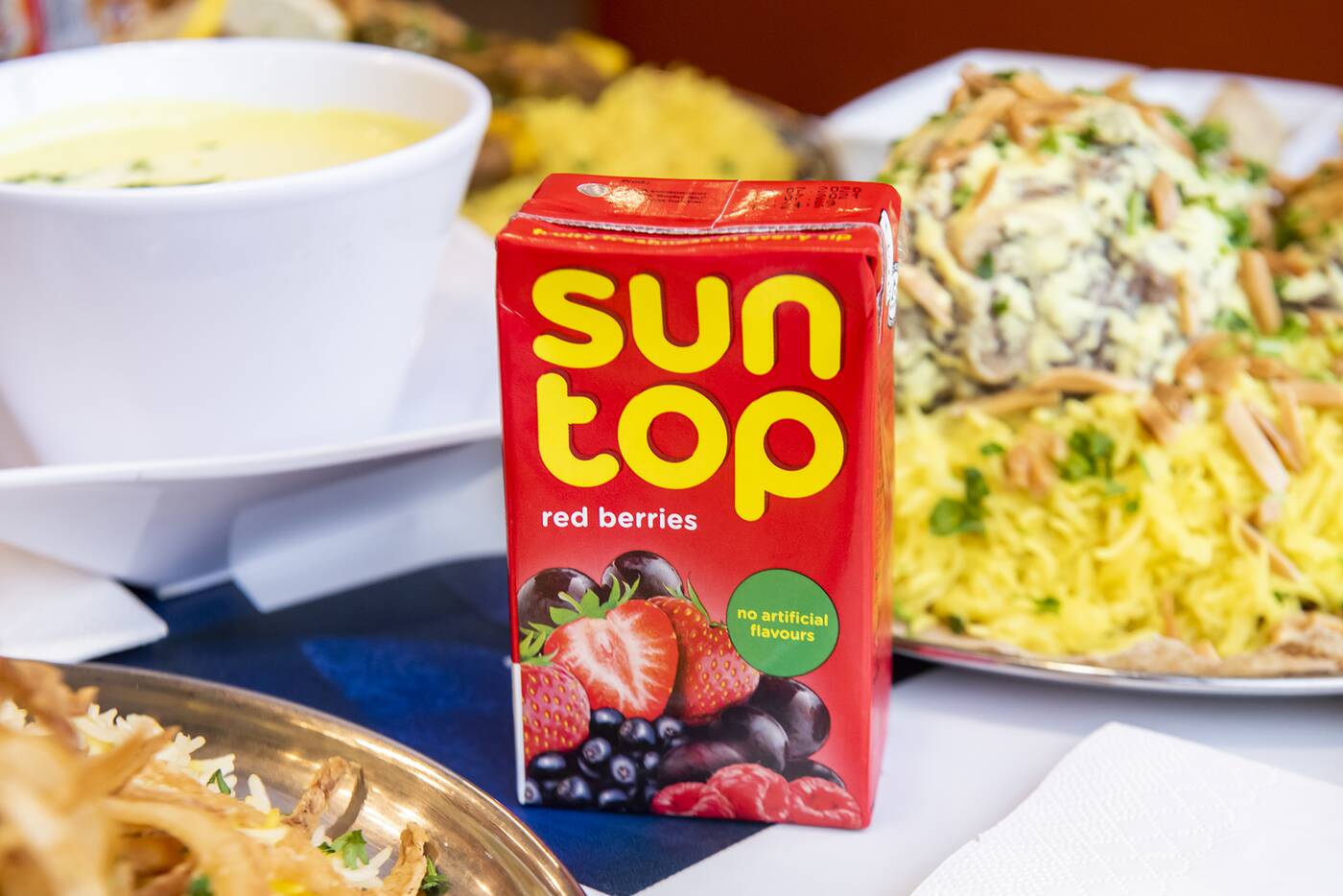 Among the drinks options are a number of unique ones from Saudi Arabia that you don't often see at other restaurants. Sun Top is a non-carbonated drink with a selection of fruity flavours.

Although some of the meals are a little pricey for takeout, they're piled with plenty of meat and rice, so sharing is an option. 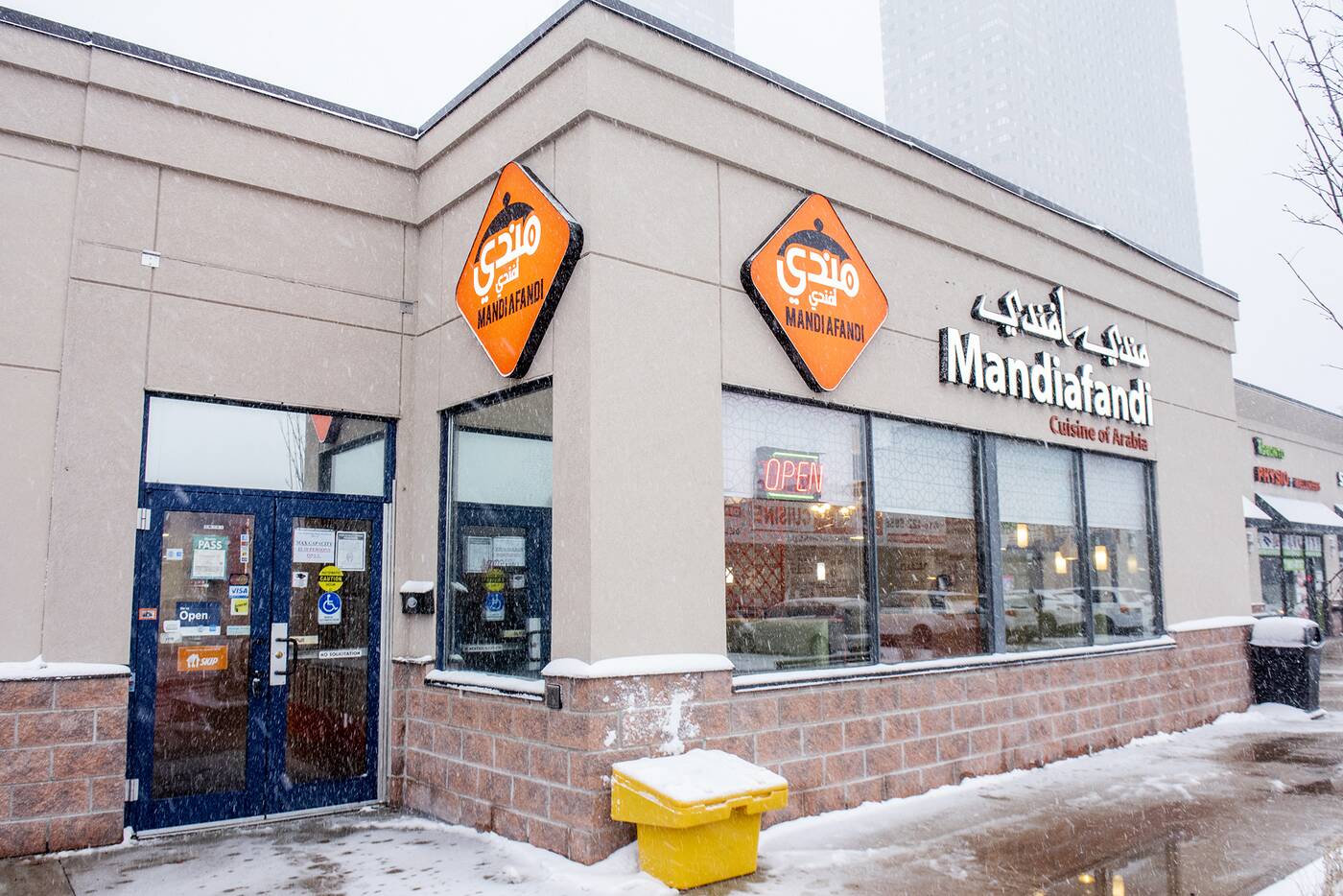