Mooring Eats is currently open but their offerings and services may be affected due to the pandemic. Please contact the business directly for more information about any changes. Is this your business? Please contact us if you would like to update this message.

Located in a small plaza in Mimico, the parking lot of this nautical-themed spot is definitely limited, but the interior of the restaurant is spacious and brightly lit. 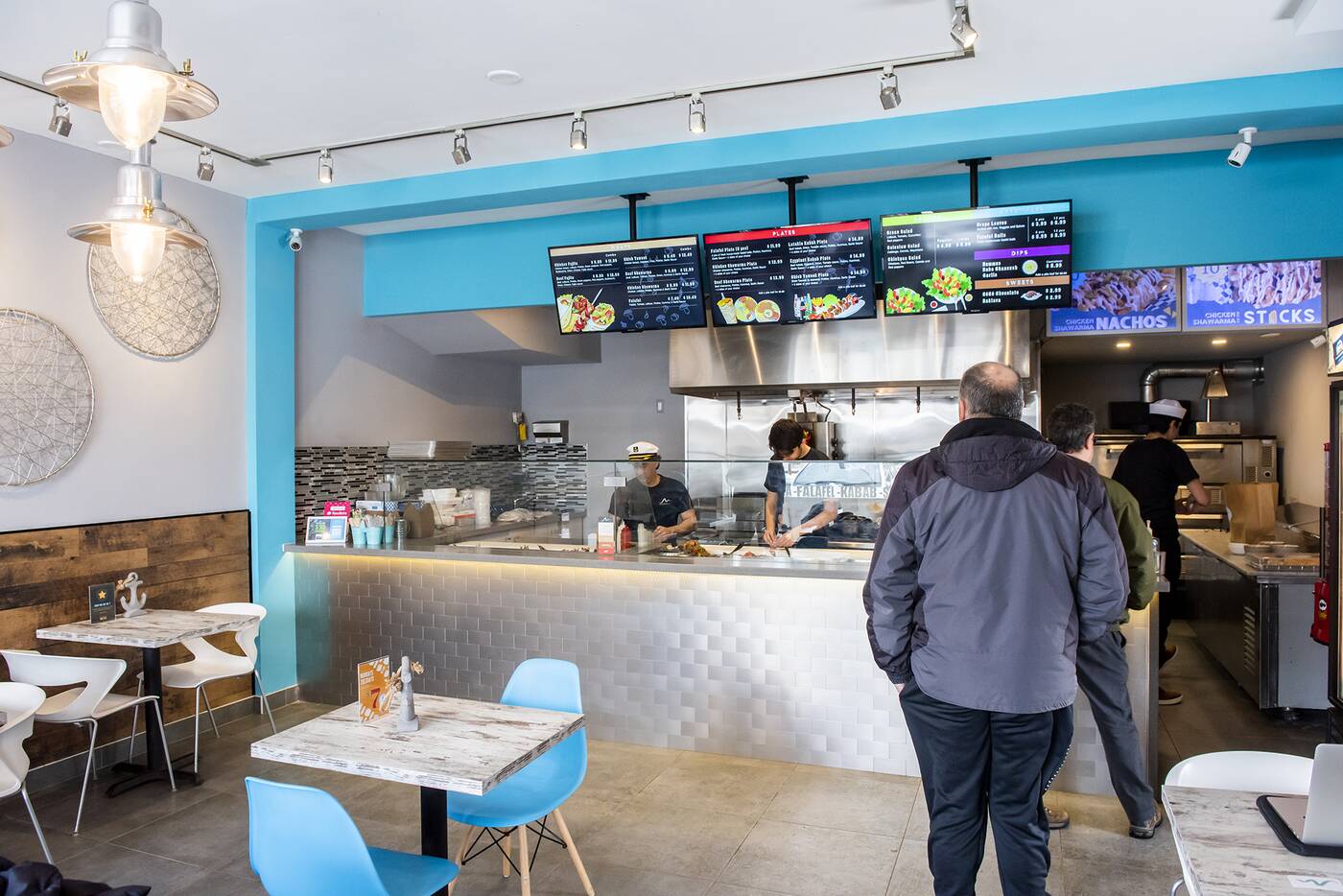 Owner, Spiro Abdalnor, used to own a restaurant in Latakia, a port city in Syria, before he decided to move his family to Canada in 2013.

The nearest body of water may no longer be the Mediterranean Sea, but given the restaurant's proximity to Lake Ontario, the brothers decided to keep the nautical thing going with anchor decor and seaman cap uniforms. 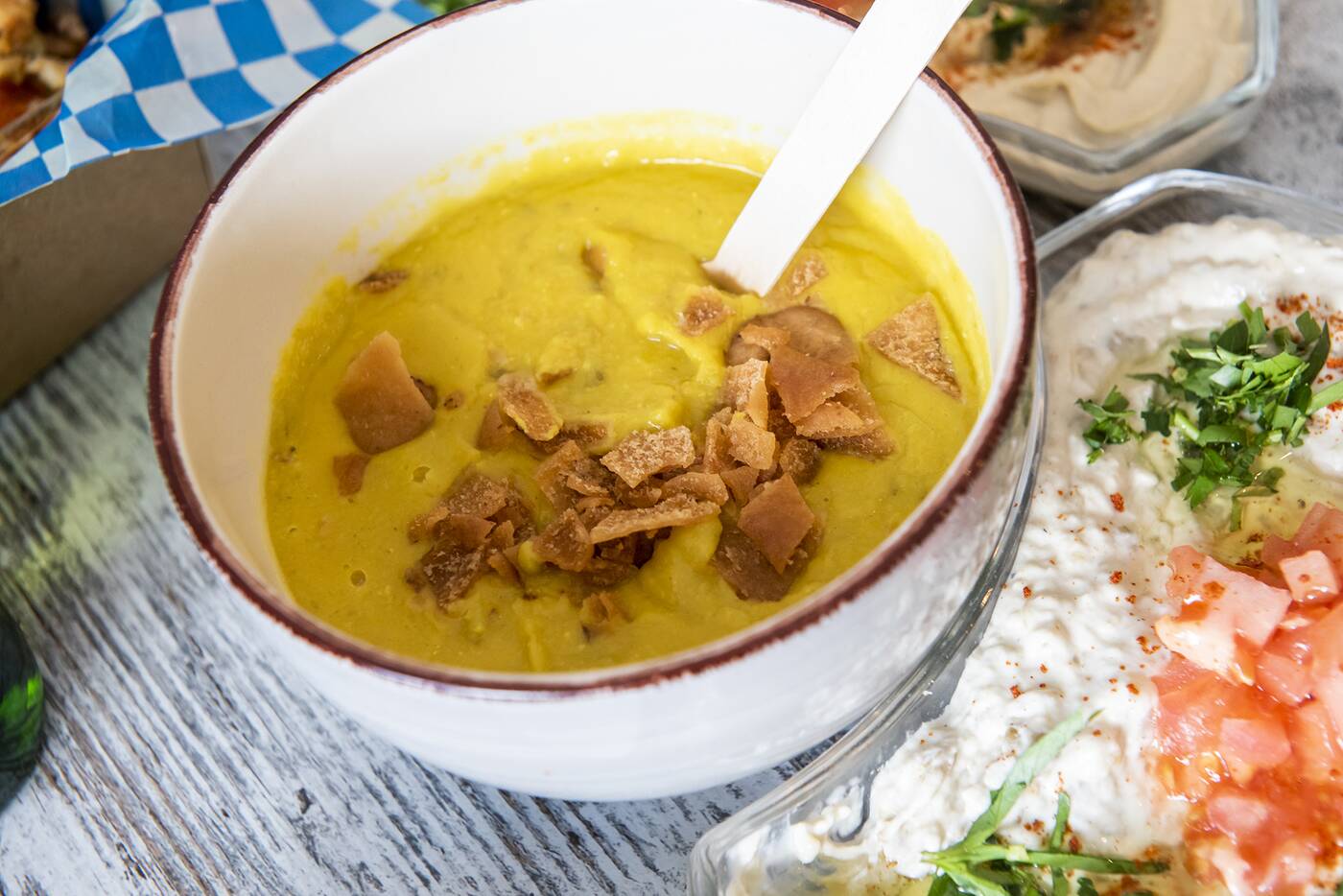 We start off with a heavily spiced lentil soup with fried pita chips on top.

Dips like hummus are $5.99 each for a fairly generous portion for the table. The baba ganoush is a lot thicker than I'm used to, without the chunks of eggplant sometime left intact at other spots. 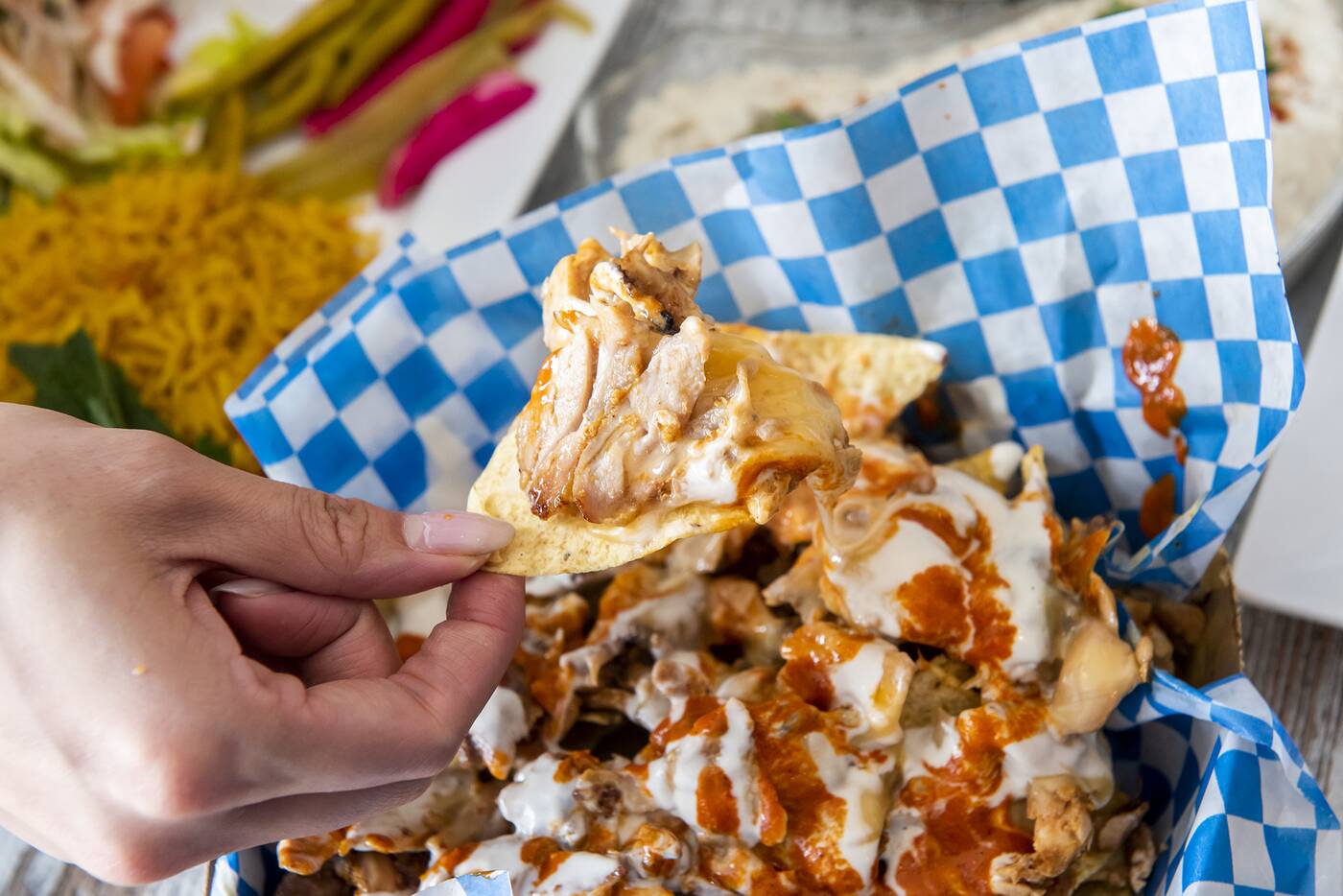 I think the thing to get here are the chicken shawarma nachos ($10).

It's definitely not a guilt-free order: Singles cheddar cheese is placed atop the chicken while on the grill. It's gooey and almost too heavy for the nachos, which snap pretty easily and don't seem quite strong enough for the load of cheesy chicken. 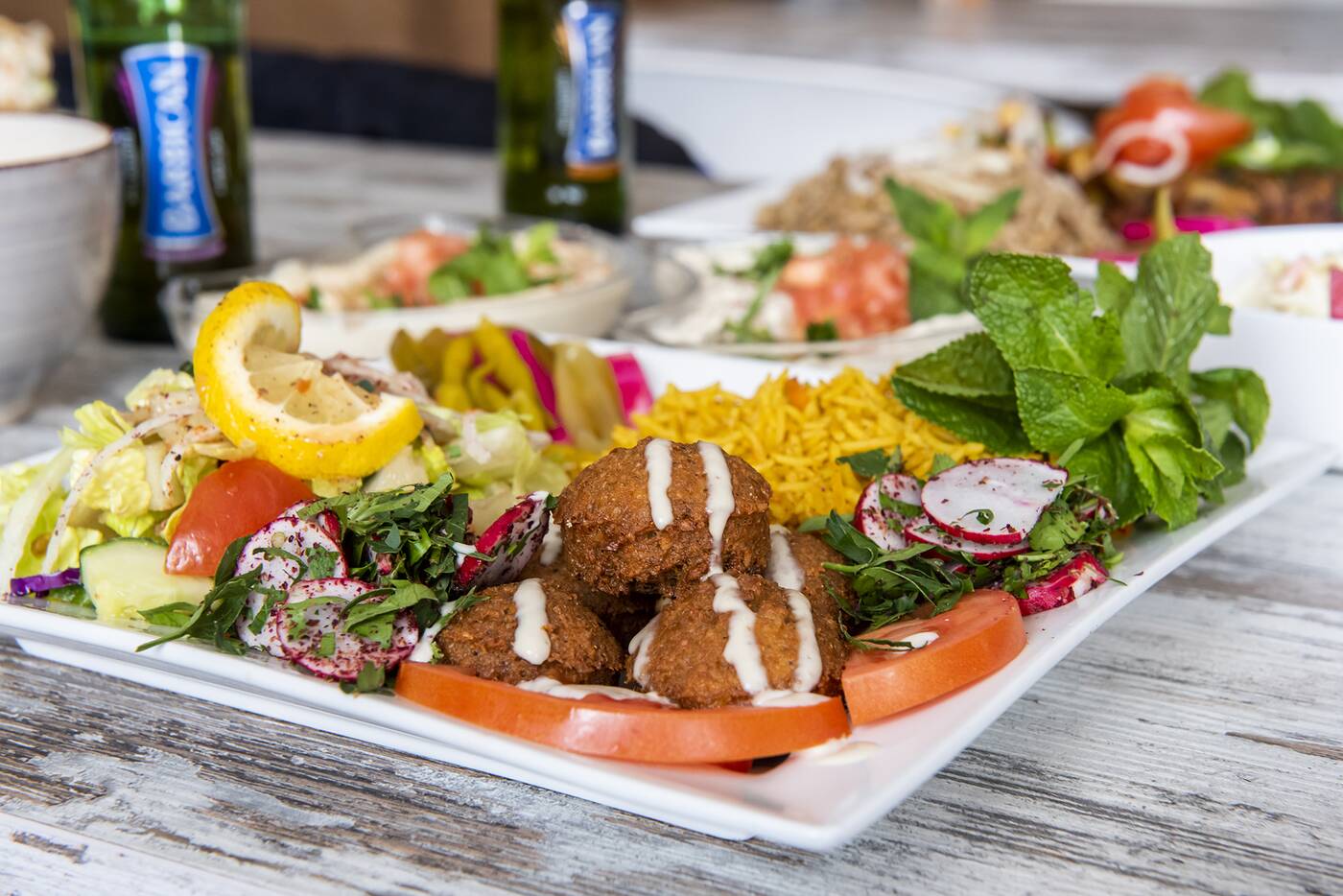 There's a kebab plate named after Latakia, but we opt for the falafel plate ($11.99), which comes with lentil rice and a sprig of mint. 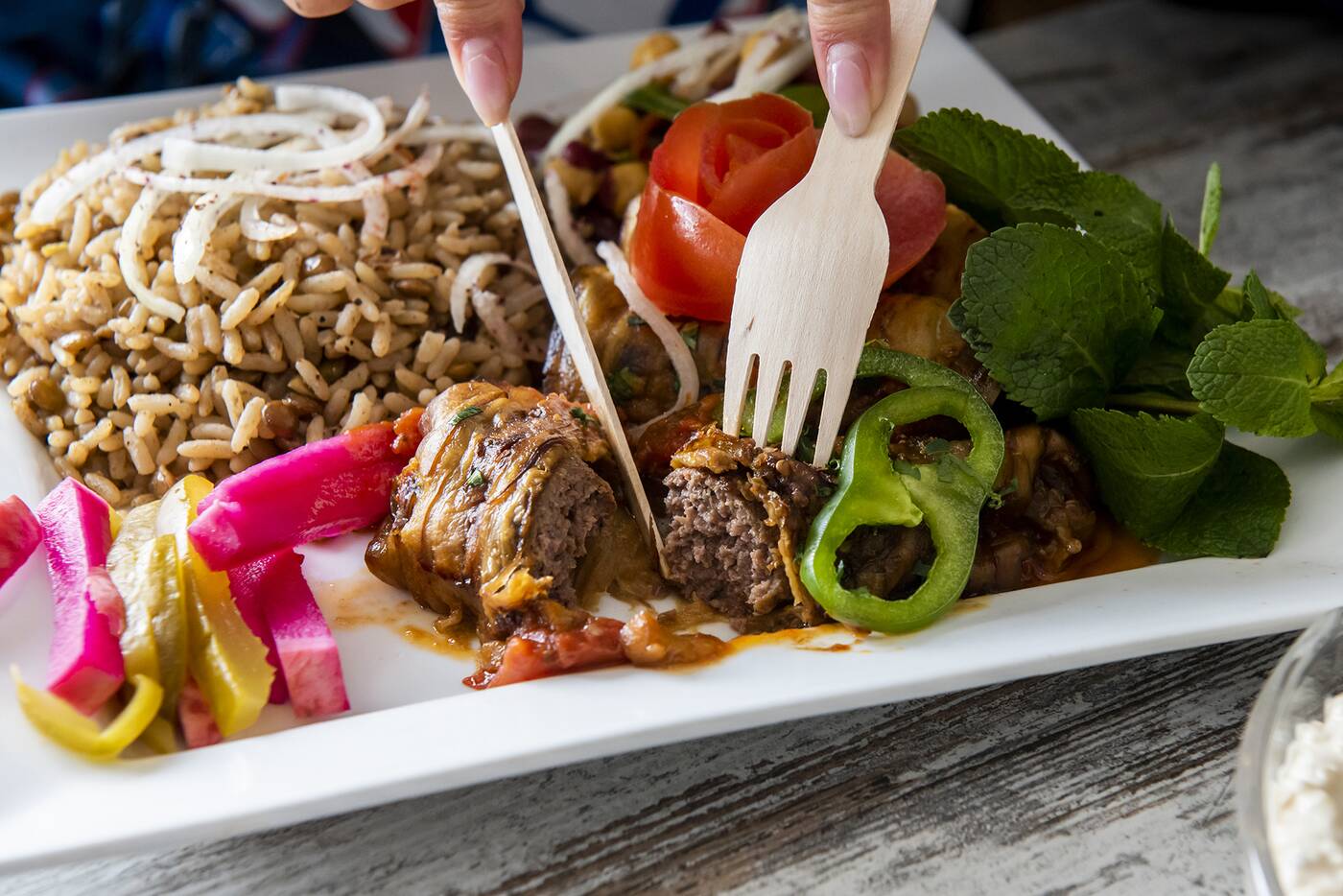 Something I don't see often is kebab wrapped in pieces of grilled eggplant ($14.99), which also comes in a platter. 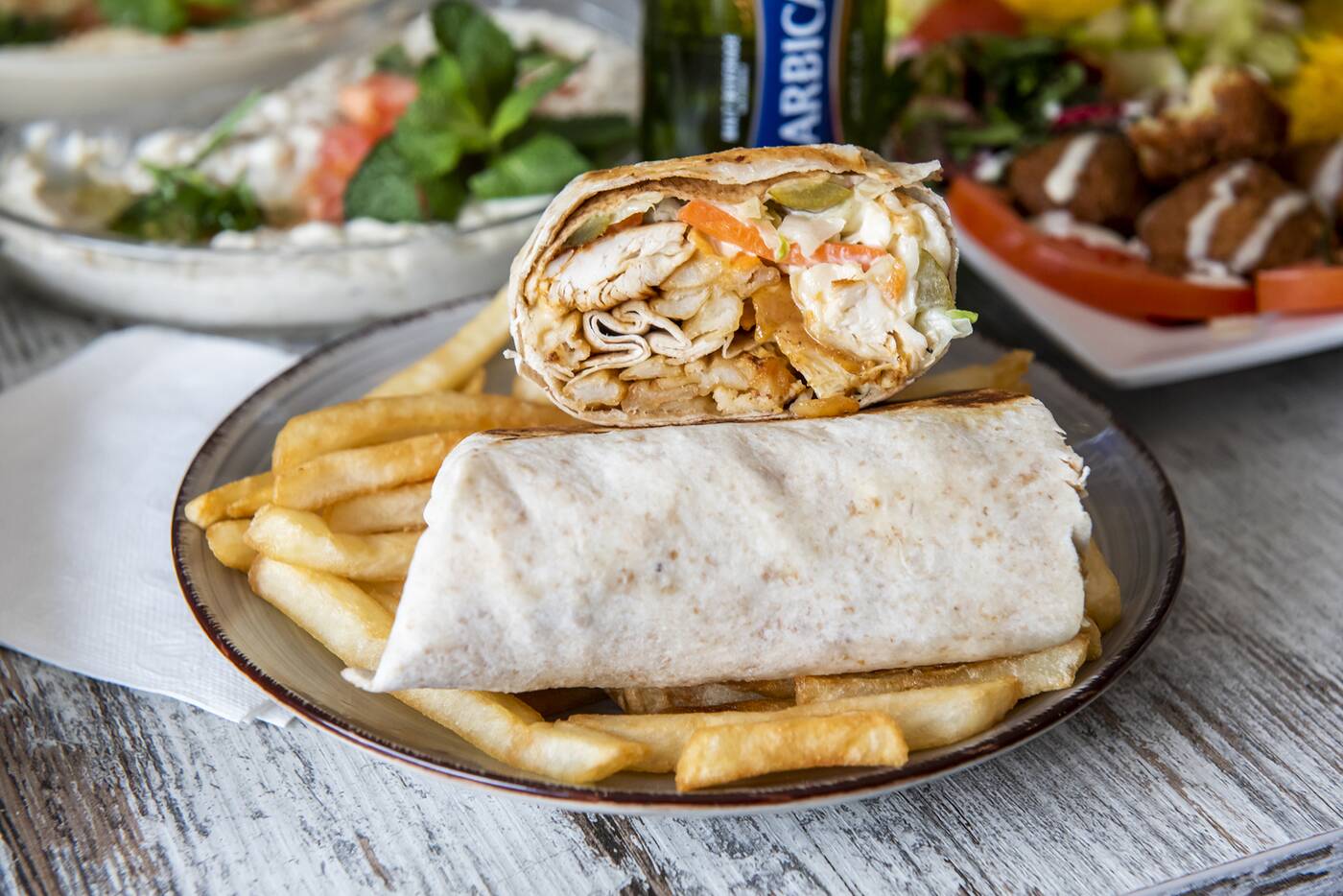 For something to-go, a wrap stuffed with shish tawook, or grilled chicken, comes with fries for $9.49.

Don't miss out on a glass bottle of Barbican malt (a brand from UAE) straight from the fridge: the pomegranate flavour is to die for. 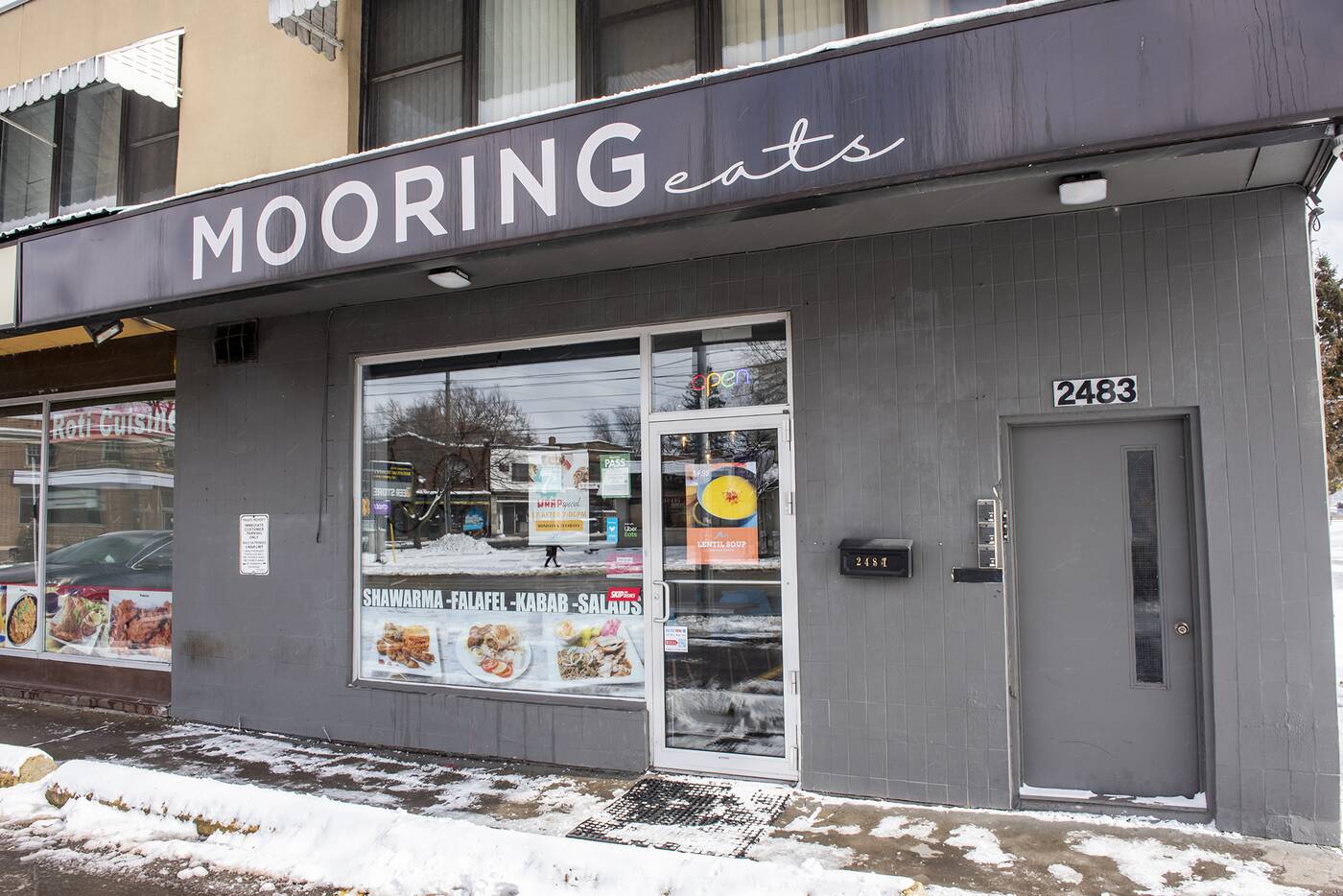