Madonna Mia brings small batch gelato to Toronto. They do dairy-free sorbets, as well as specialty items like gelato-filled cannoli and brioche buns.

This is the mini chain's third location in the city. A team headed up by two sisters makes everything at a central production facility near  Caledonia and Lawrence. 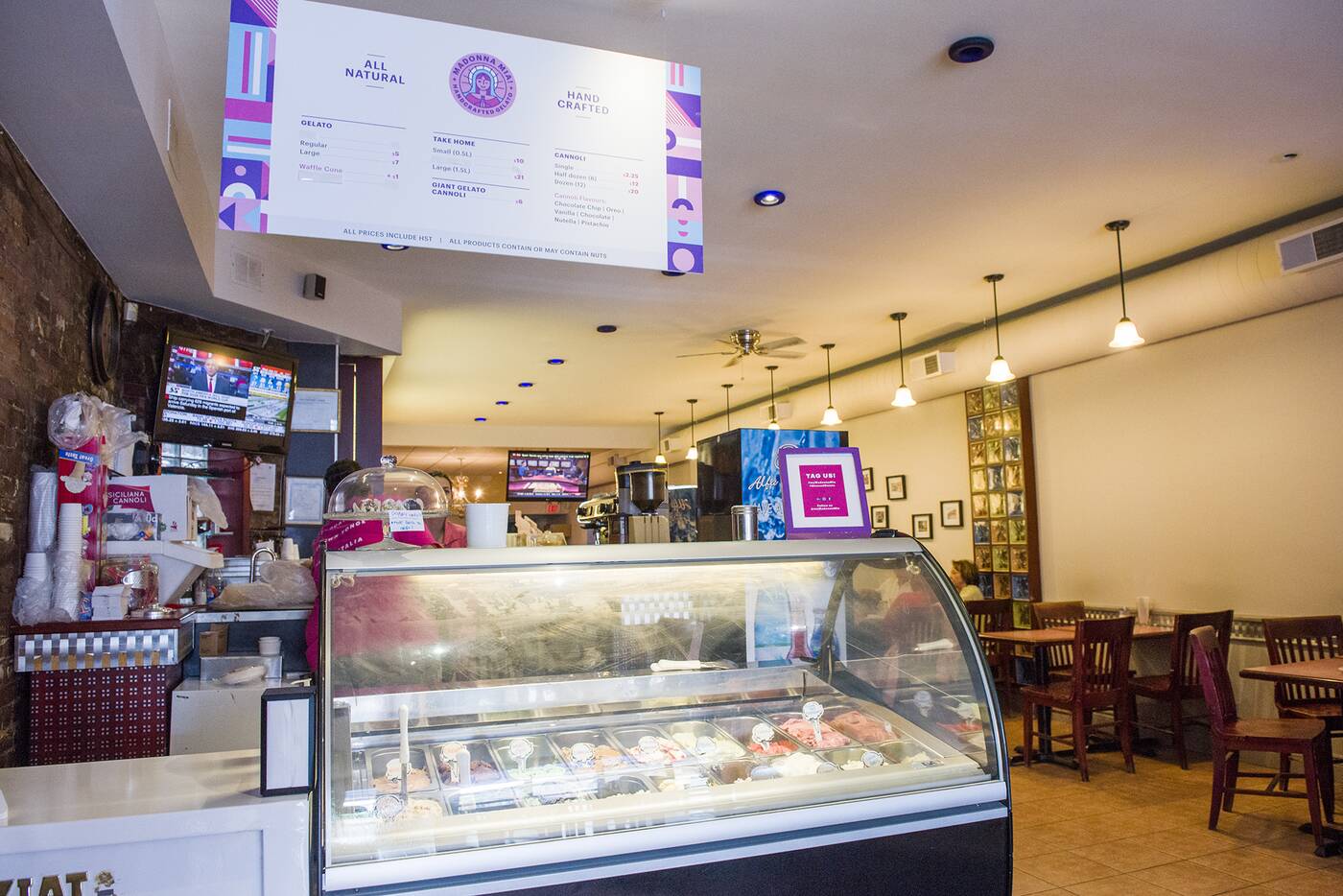 This particular Madonna Mia is actually nestled inside Tricolore, a bar and cafe that's been here for 40 years. 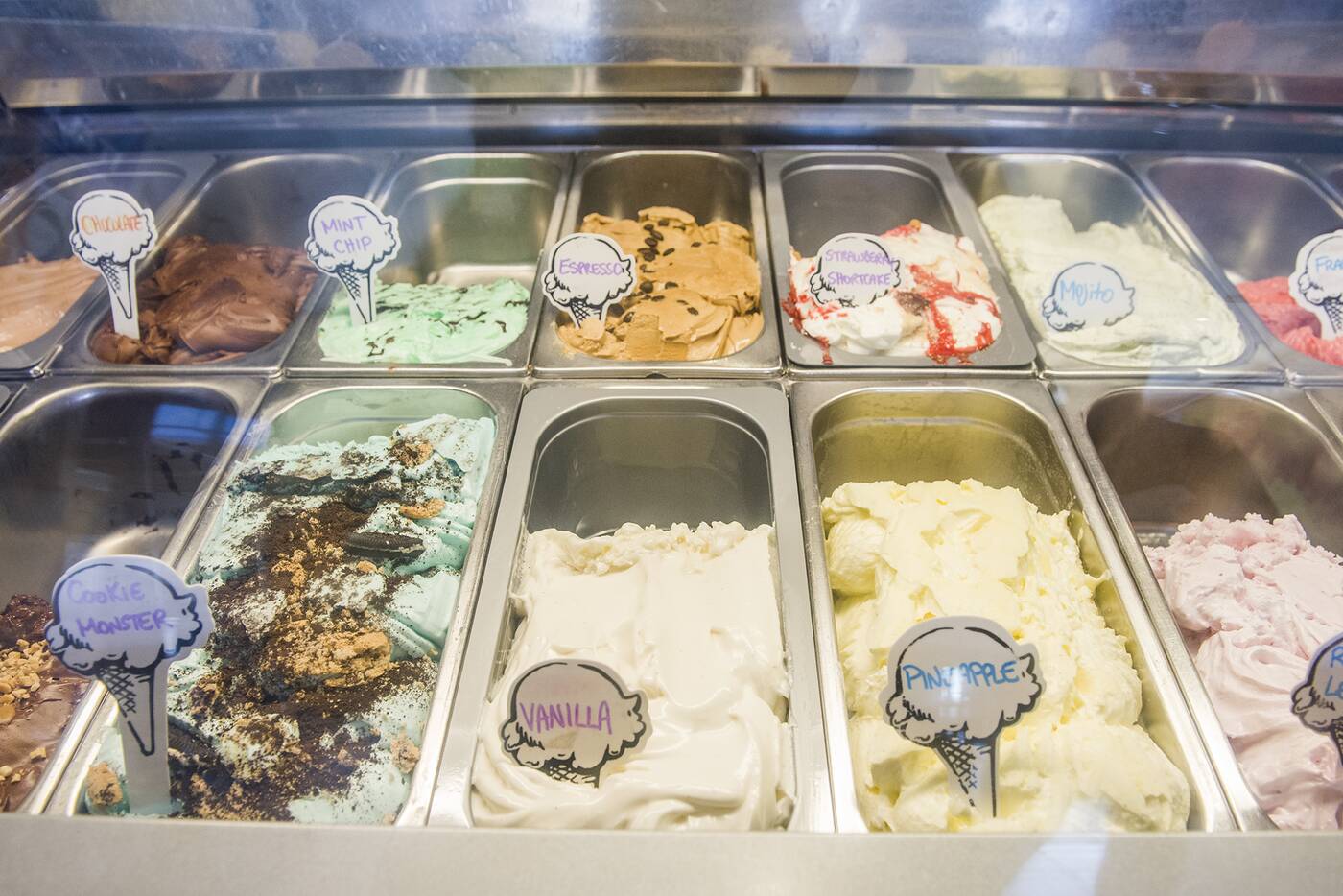 Dairy-based gelatos on the left are made with milk and a little cream, and all sorbets on the right are dairy free. 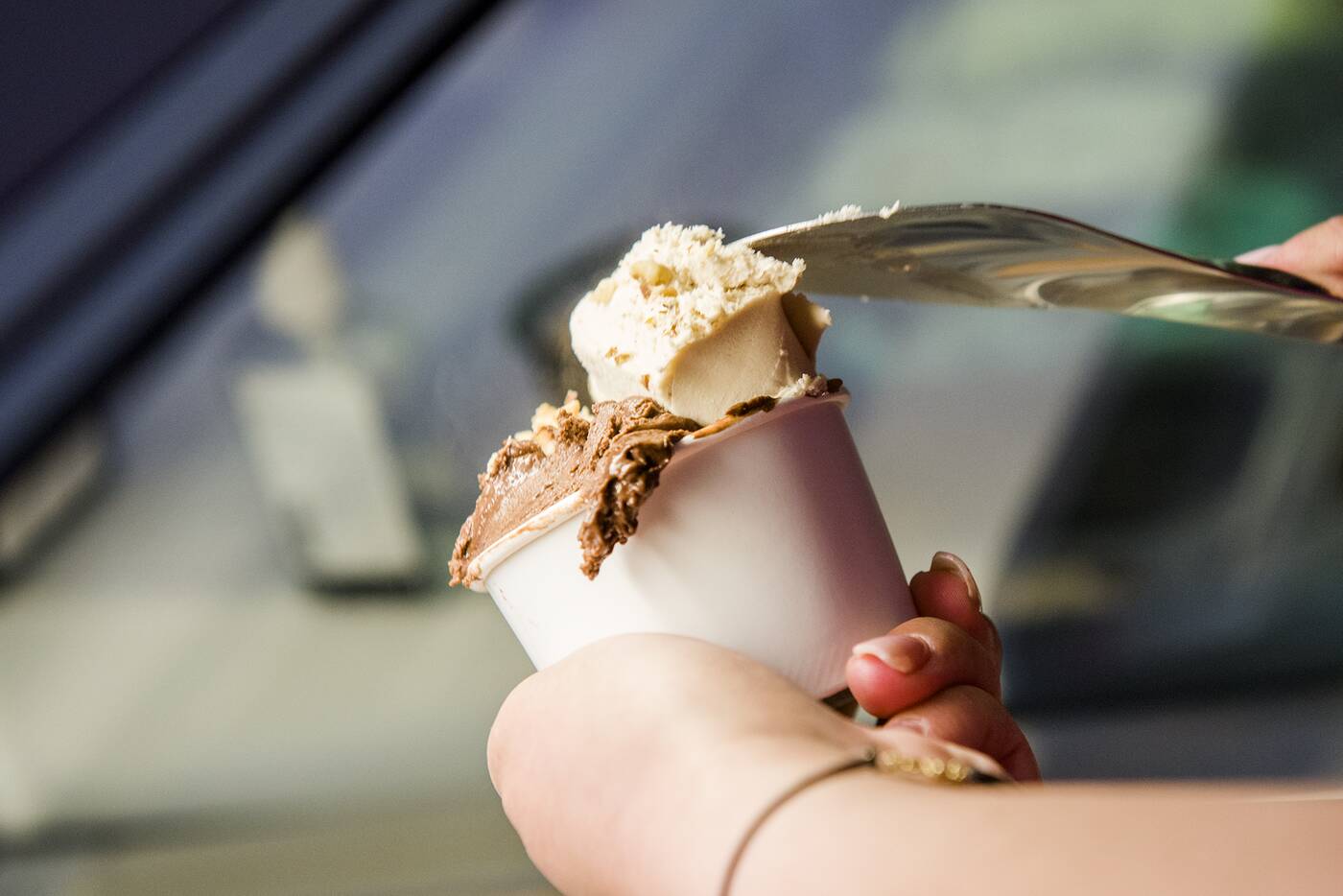 They’re kept strictly separate so there’s no risk of cross-contamination, gelato with nuts kept all the way on the far left. 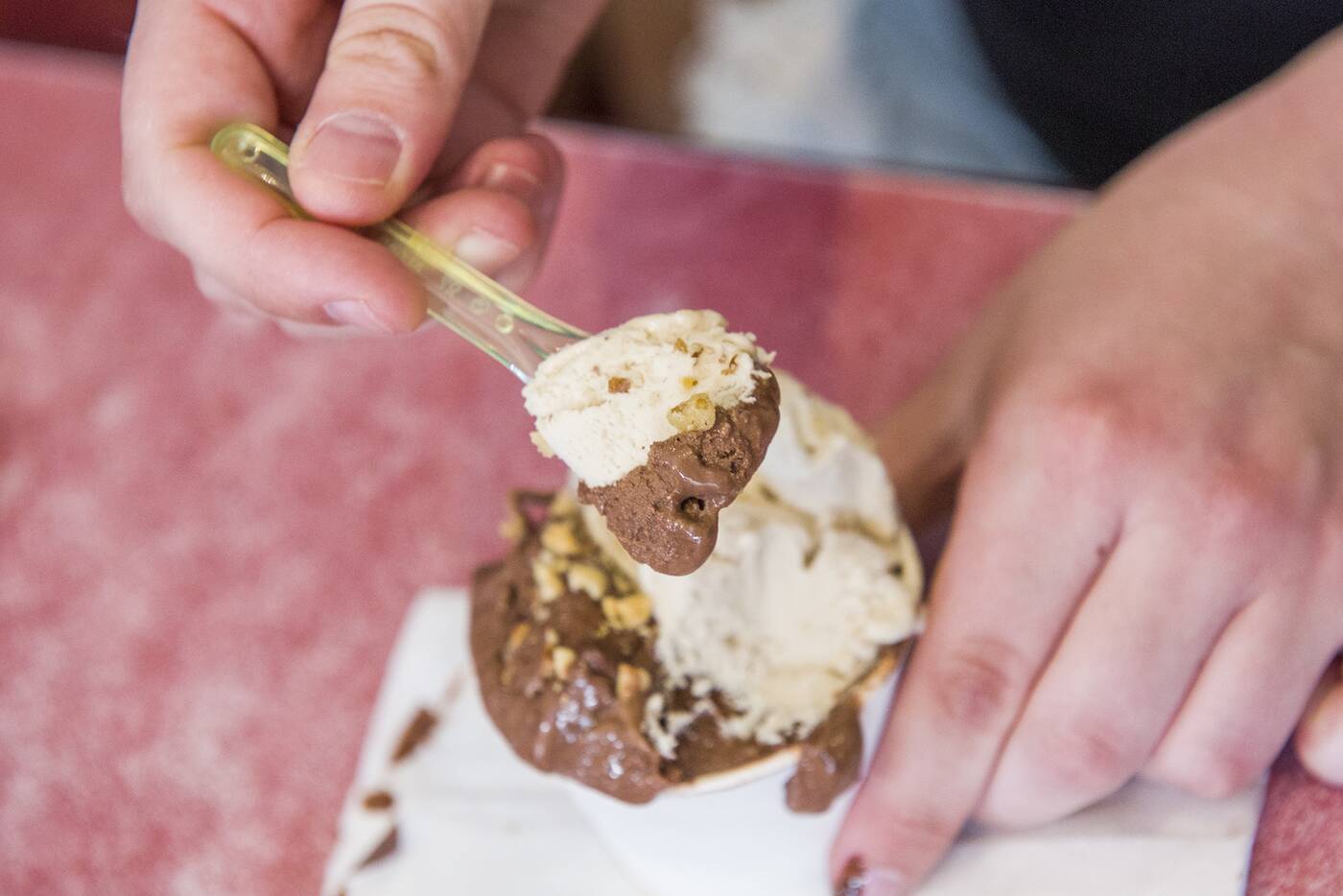 A regular cup of gelato ($5) comes with two flavours, and my first taste of Maple Walnut and PB Crunch gelato makes me thankful for the millionth time in my life that I don’t suffer from any allergies. 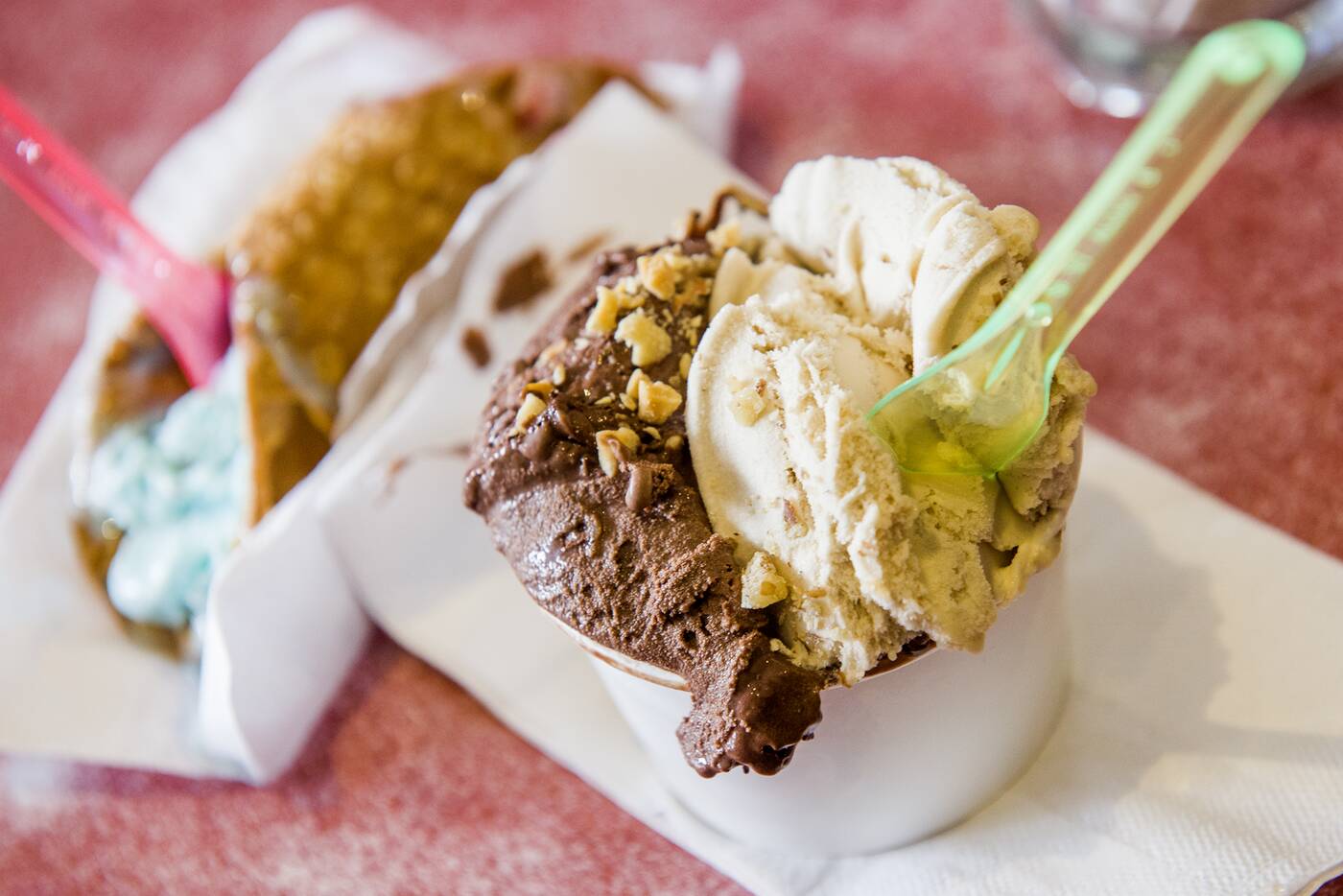 Both are creamy, dense, and packed with nutty flavour, the maple and chocolate bases both silky and rich. 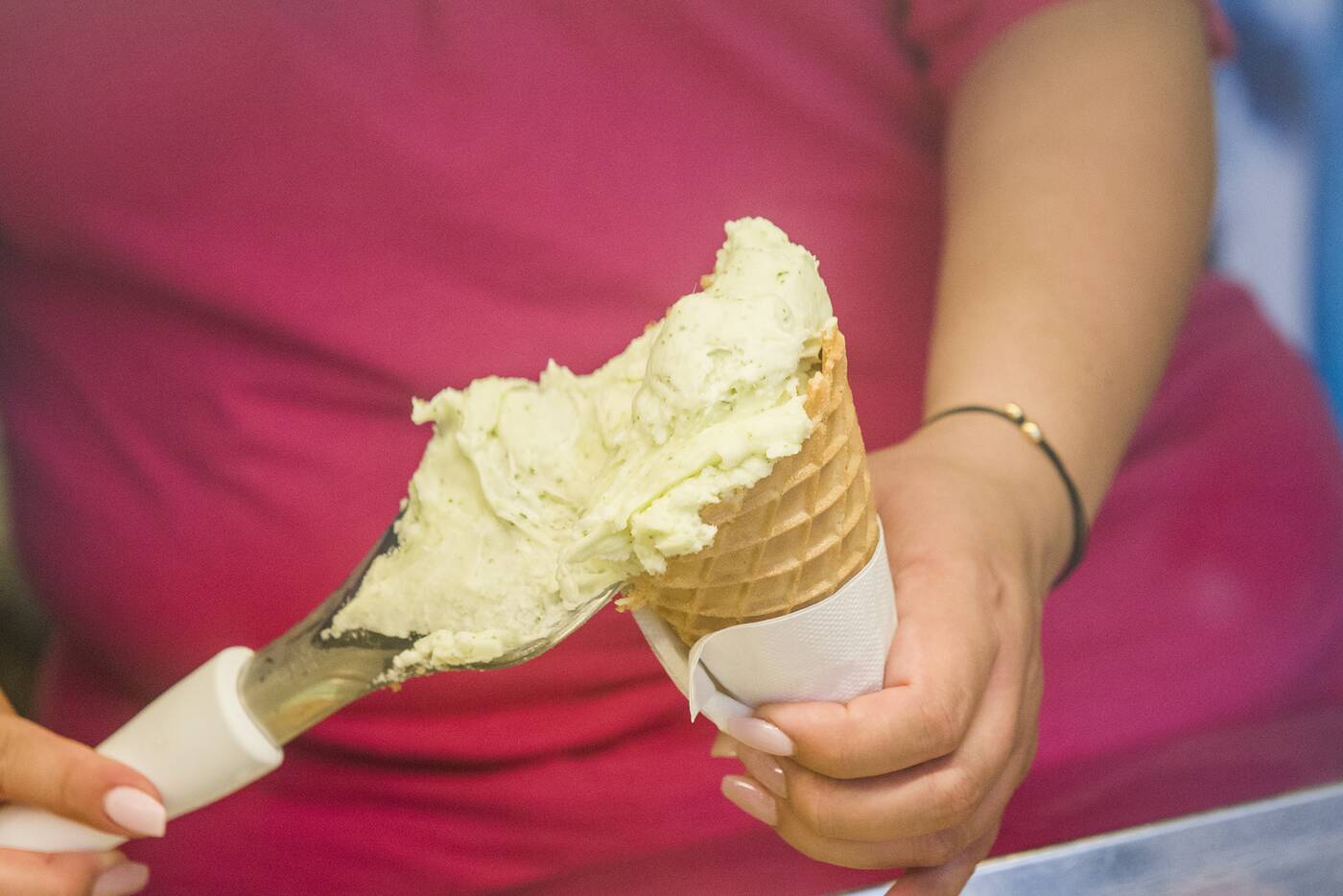 It’s a dollar more to get your gelato in a waffle cone that’s been freshly made in the cafe. 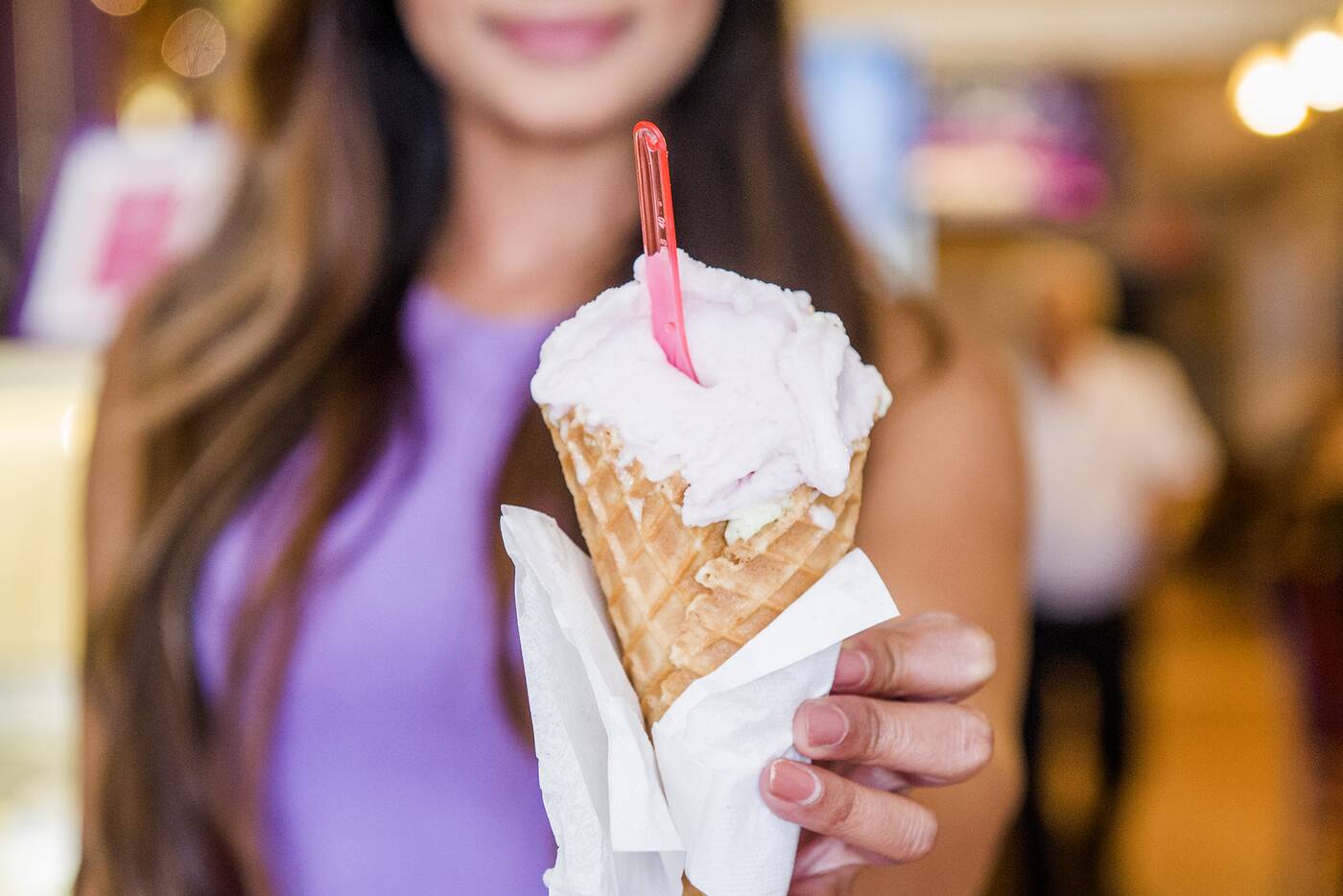 Sorbets are equally as delicious as the gelato, of course more icy but still with a good deal of texture, a strawberry lemonade flavour sweet and citrusy. 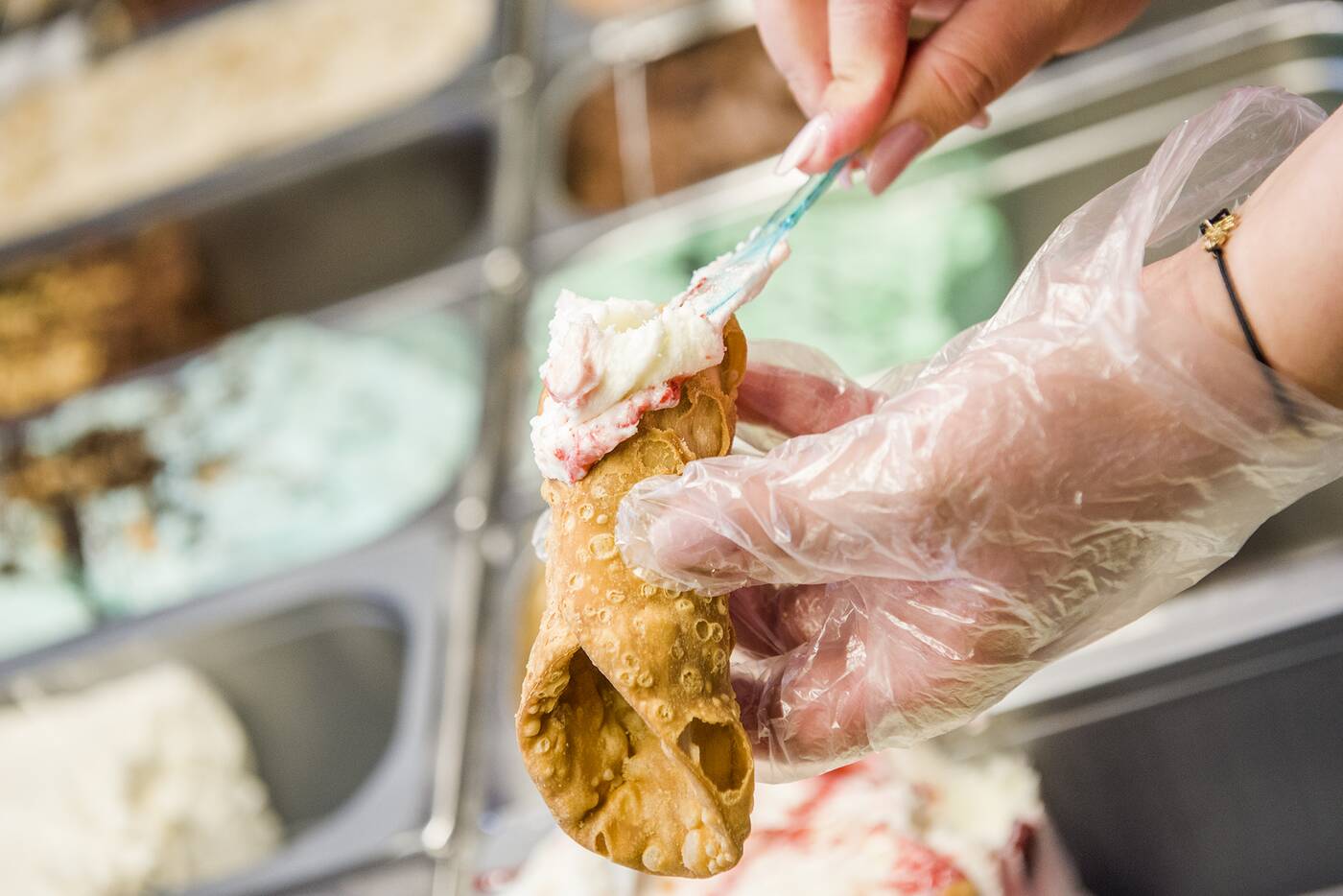 Giant gelato cannoli ($6) come with your choice of any two flavours of gelato or sorbet. 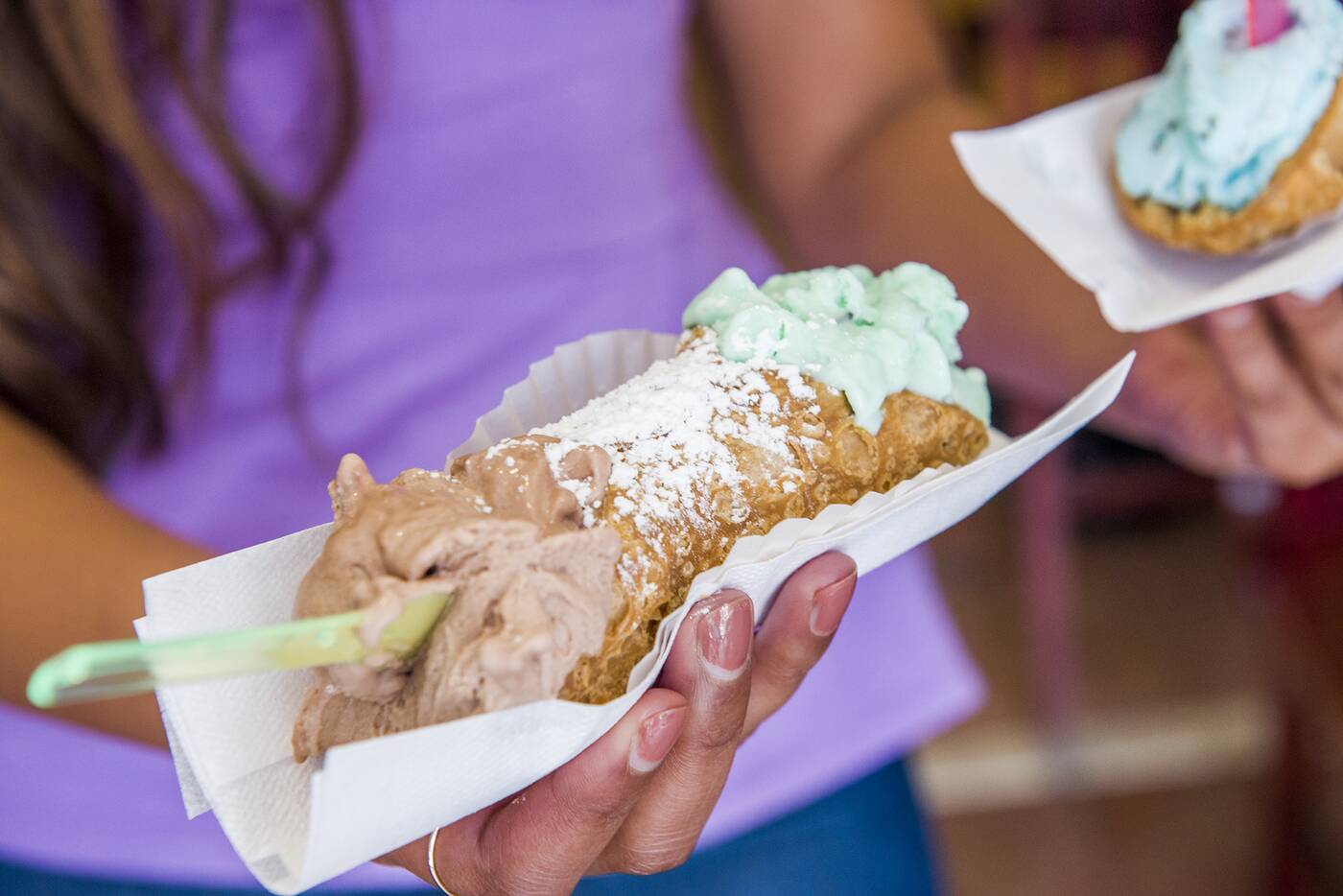 The shells aren’t so much giant as medium-sized and Madonna Mia doesn’t make the shells, but they are satisfyingly crackly with a sweet deep-fried flavour. 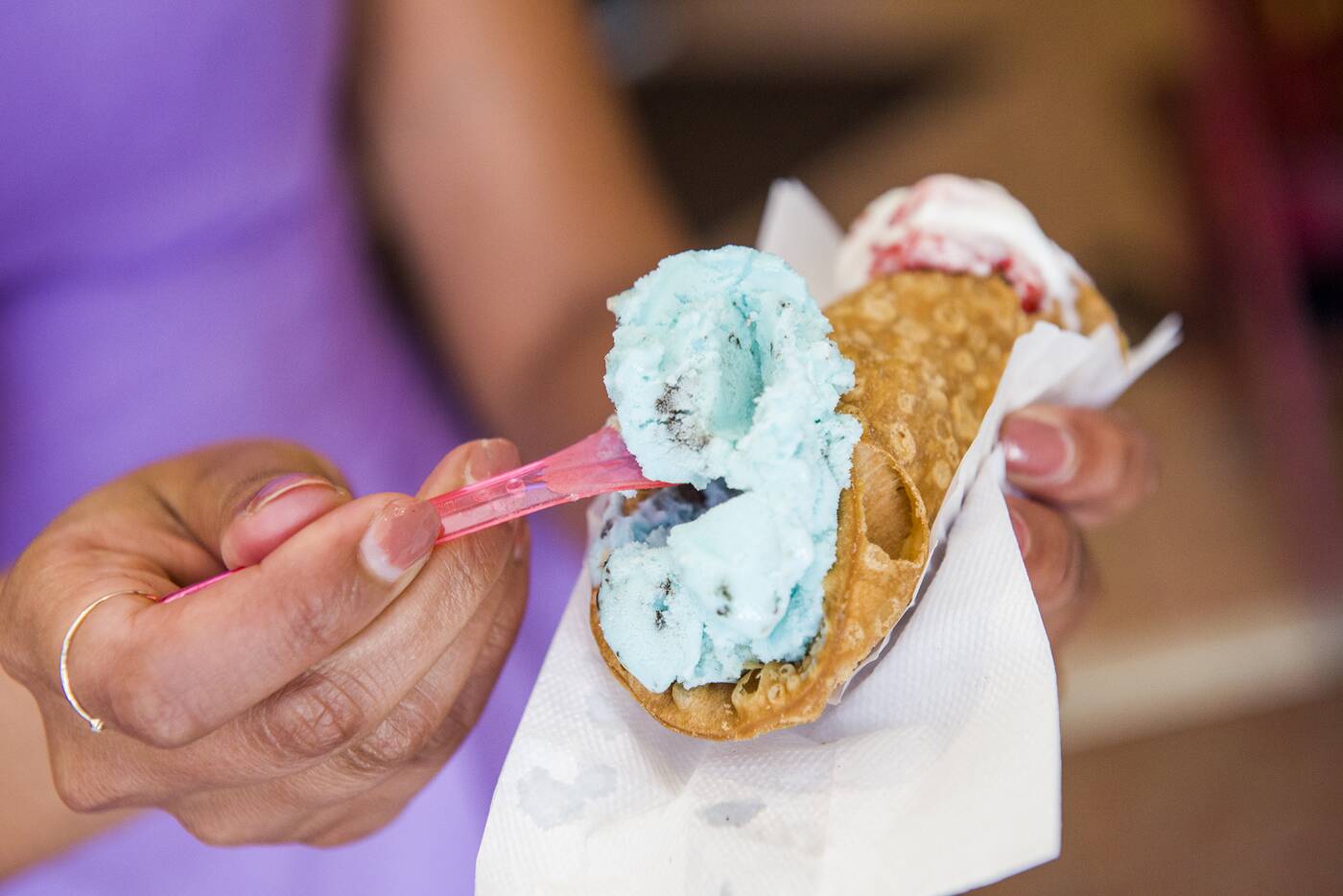 Gelato flavours like Cookie Monster (not much of a distinct flavour) and Strawberry Shortcake (way better, packed with strawberry flavour and cakey chunks) step out of the traditional gelato bounds of their lemon, banana and chocolate flavours. 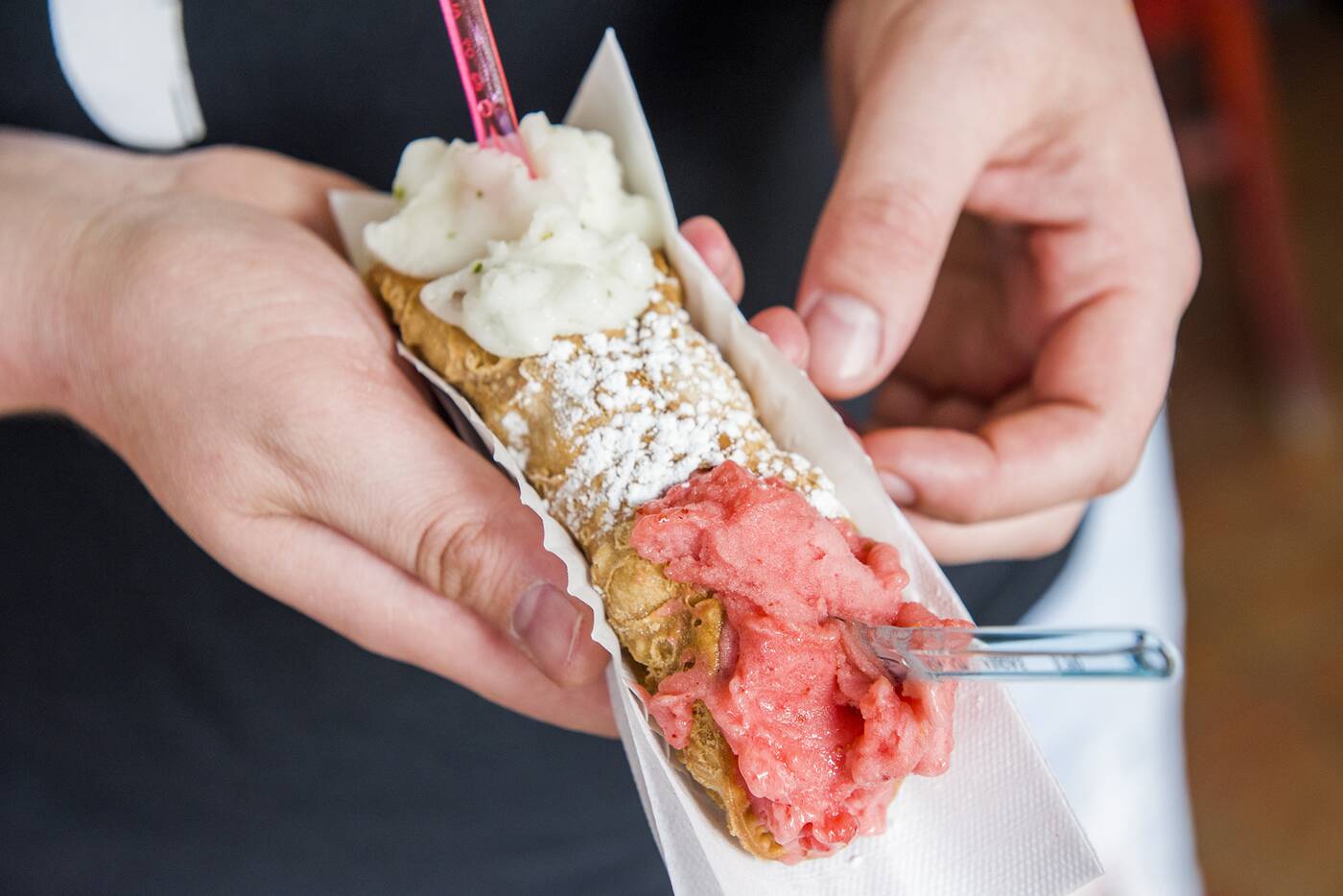 Of course cannoli made with the sorbet would be just as good, a Fragola flavour popping with berry freshness and a Lemon Basil perfectly tart with a good amount of herby and unique yet classic basil. 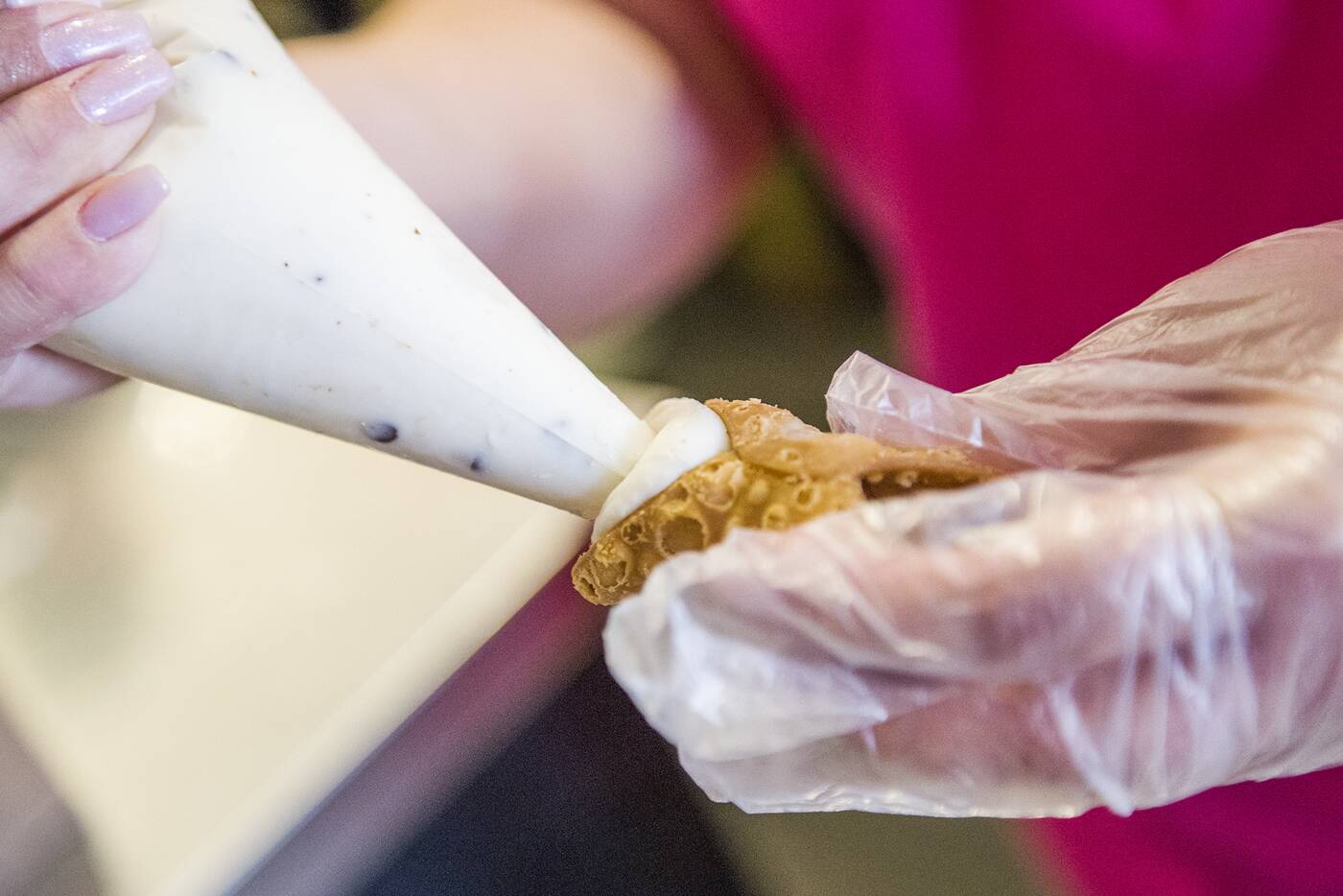 They do regular cannoli ($2.25) as well, once again the shell not made by them, though they are pumped full of smooth cream they make by hand. 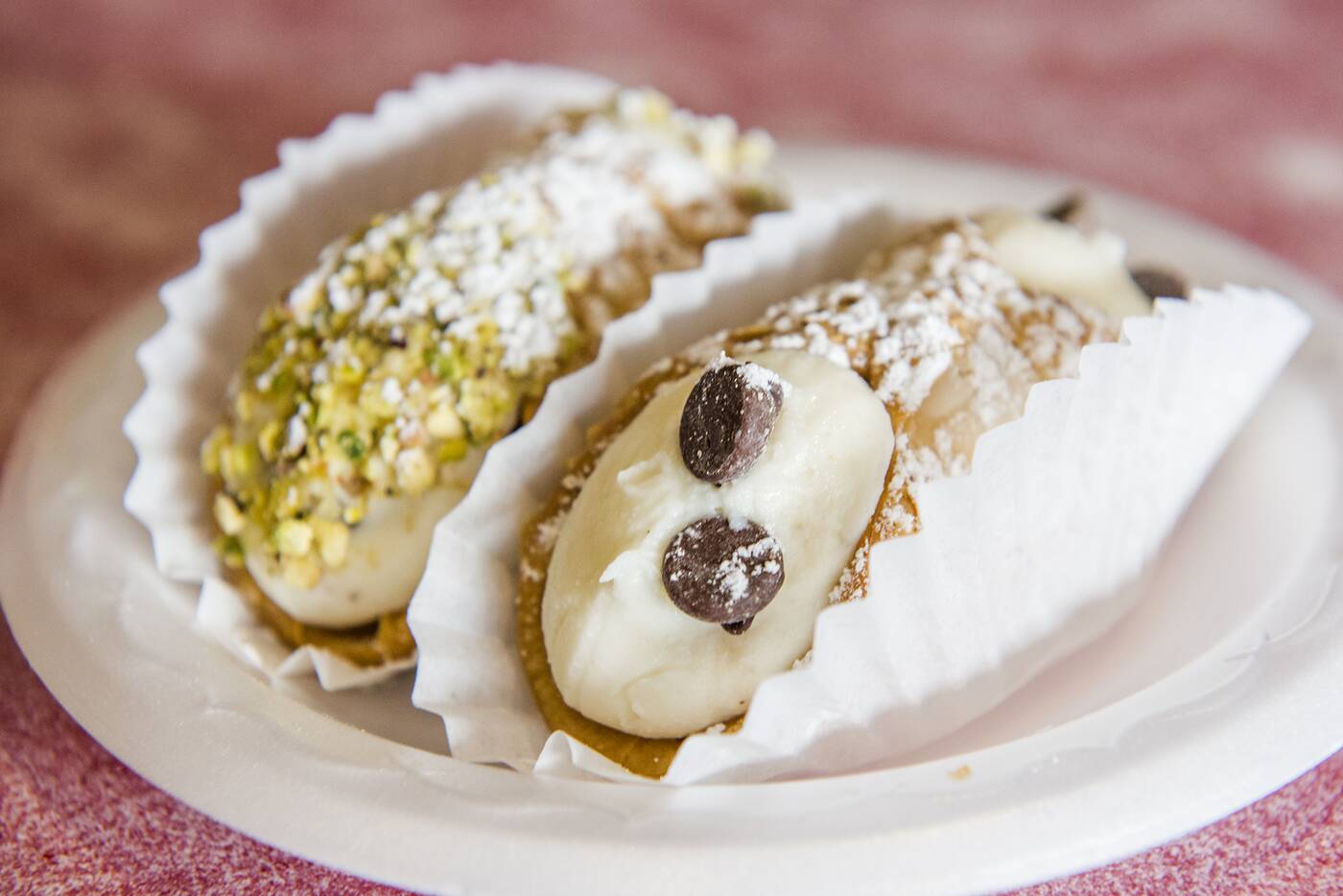 Pistachio and chocolate chip flavours are indulgent, studded with nuts and chips and dusted with sugar, and there are also Nutella and Oreo varieties. 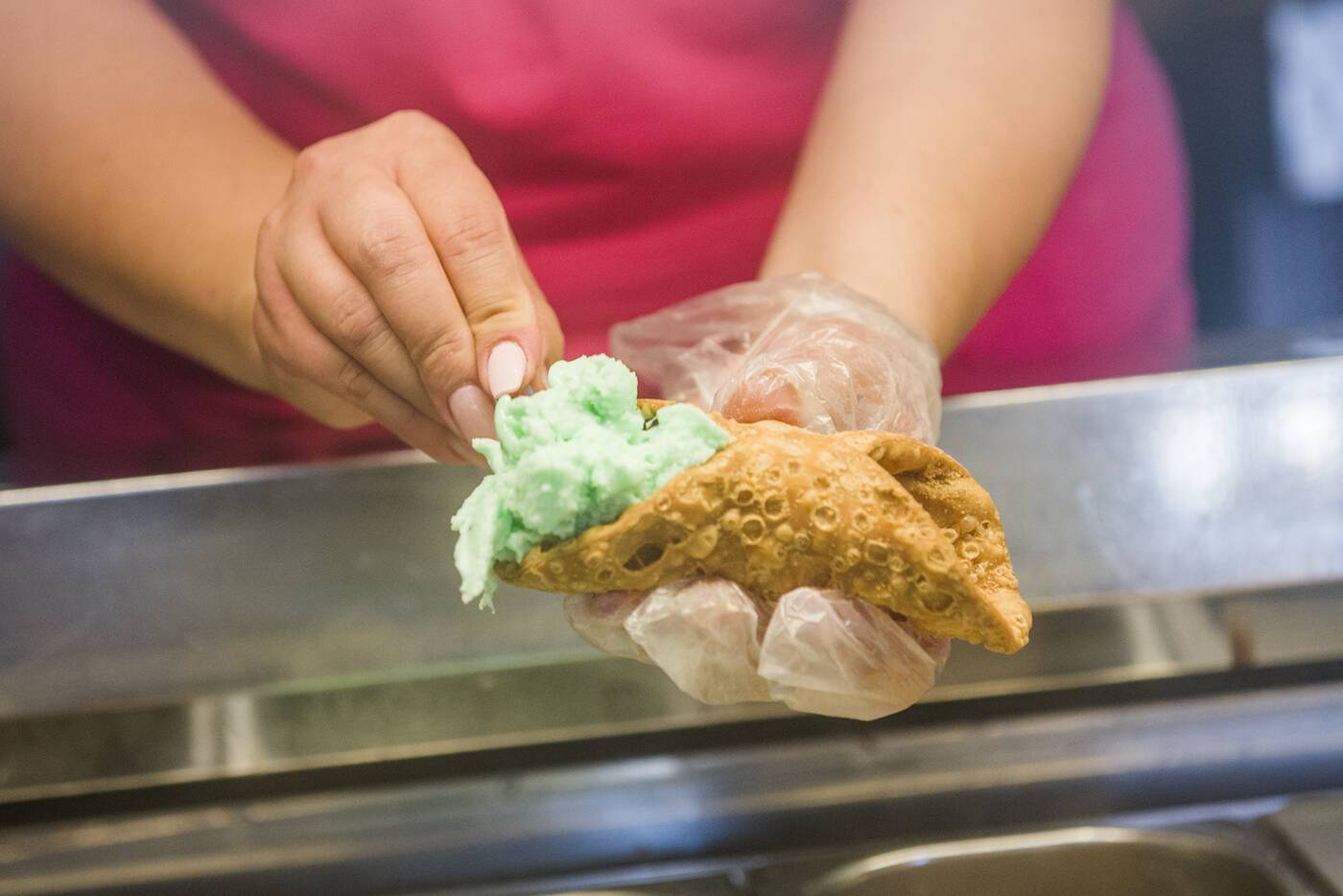 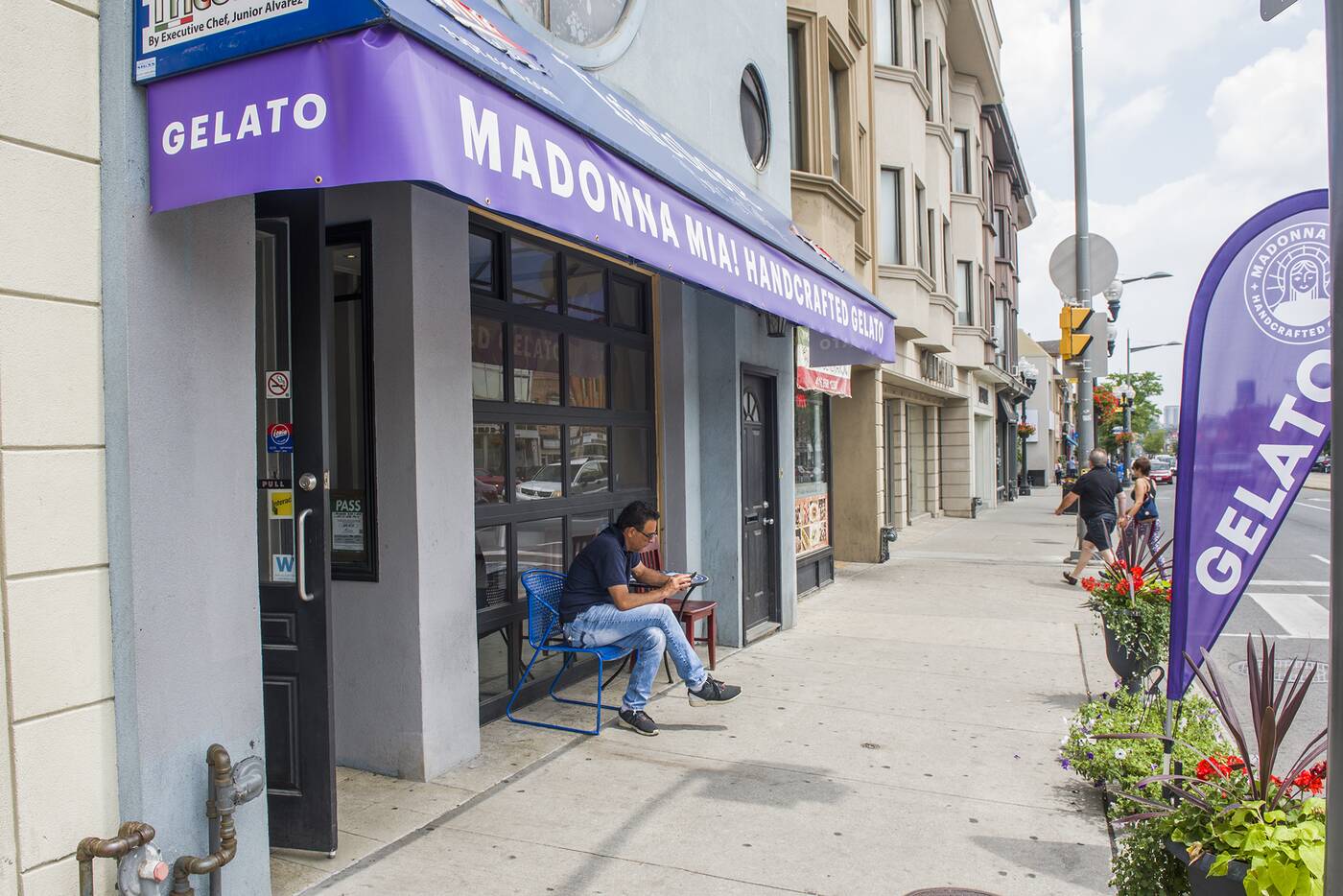