Little AAA is AAA Bar 's younger sibling in Leslieville . Taking over what was last Caribbean joint The Hummingbird , this spot is definitely smaller than the one at Adelaide and Jarvis - with a few booths in the front and back along with a rectangular bar in the middle - but it has the same well-worn, rustic-industrial-yet-cozy vibe. 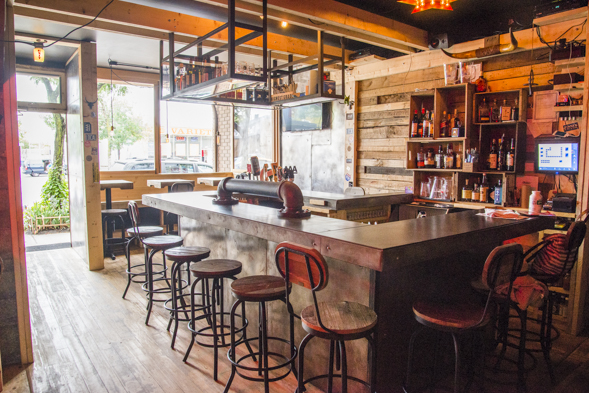 Like AAA Bar, co-owners Racquel Youtzy and Tiz Pivetta offer up Central Texas-style (see: Austin) BBQ here, and they've also continued with the handwritten menus, which came about by accident; Youtzy explains that when they first opened AAA, they realized, "Shit - we don't have any menus" - and have proceeded to keep their improvised solution going. 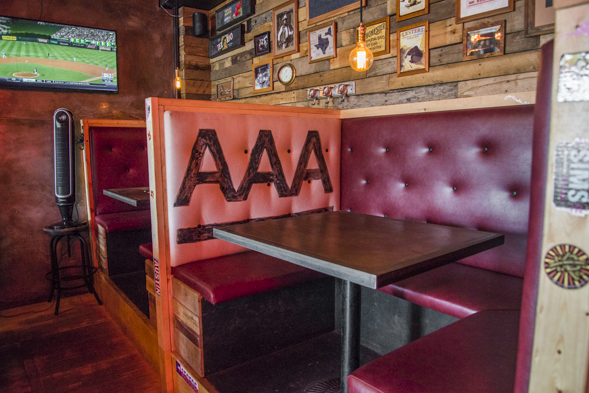 Youtzy thinks of the other AAA as a bar that has food while this location is more of a place to eat that's also a bar; the kitchen here is much bigger than the one on Adelaide, and as a result, they may add a burger option to Leslieville, as soon as they perfect it.

Drink choices are verbally communicated, with 10 on draught, including house red and white wines ($6 for 6oz.), mostly local craft brews like Kensington Brewing Co. and Side Launch ($8/pint), as well as the house AAA beer ($5/pint), which is an affordable rotating tap. 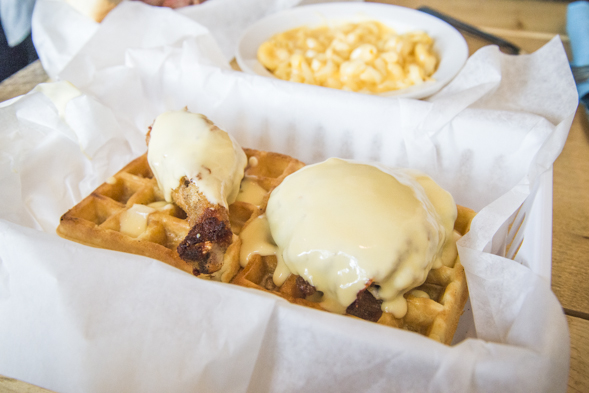 When it comes to Southern comfort food, chicken'n'waffles ($14) are always a favourite , and here the former comes smothered in white chicken gravy while the latter is doused in maple syrup. It's a nice combo of savoury on sweet. 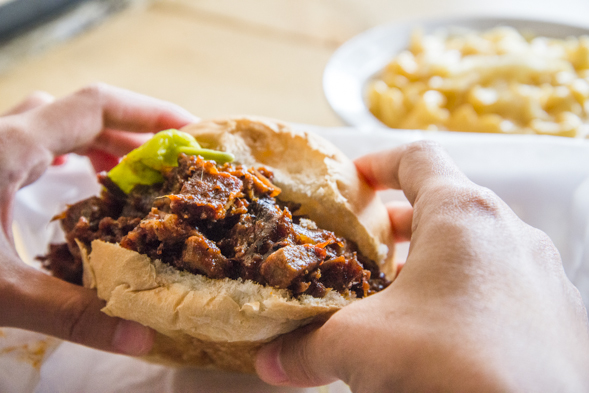 Those who ask about and order the chopped beef sandwich ($12) will have a tasty reward; the ends of the smoked beef brisket ($15, only available for dinner) - arguably the most delicious bits, like " nuggets of BBQ gold " - are sauteed in BBQ sauce and served on a bun accompanied by a pickled shishito pepper and a pickle.

Tangy, sweet and a bit spicy, it's definitely a highlight, but the bun it's served on is pretty meh. It's a tad dry, and I'd rather just eat all the meat on its own. 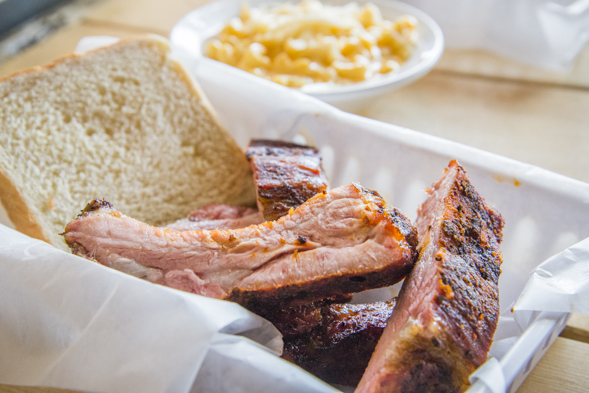 The award-winning smoked dry rub ribs ($15) arrive on wax paper with a slice of white bread, American-style Ă la Central Texas BBQ. When AAA first opened, they had to convince diners the ribs were supposed to look black and were not in fact burnt - they just have the requisite "bark" (crust, essentially) that most who hadn't been down south weren't used to seeing.

We also get a side of mac'n'cheese ($6), which is extremely creamy and cheesy, although the sauce kind of reminds me of Cheez Whiz. 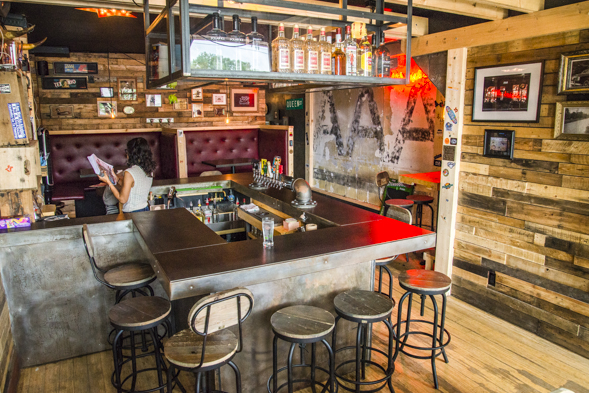 This is a good late night eats option (the kitchen closes at midnight) if you're in the east end and craving some good BBQ. It's also fun just to contemplate the meaning of AAA...does it have to do with meat quality? Motor clubs?? Sports divisions?! Youtzy won't say: "It's whatever you want it to be." 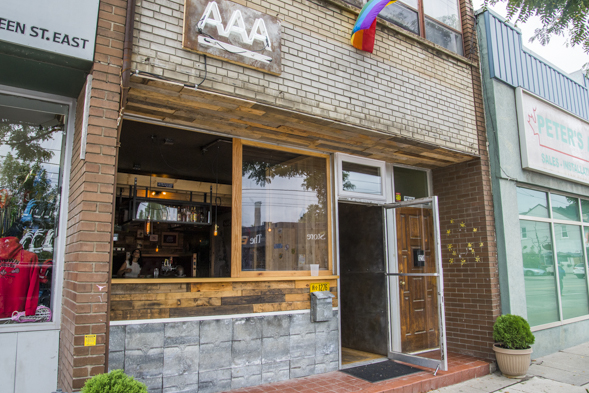