Le Select has been a staple in the city for classic French bistro dishes along with owning one of the biggest wine cellars in all of Toronto.

The legacy restaurant that's been around since 1977, opened under new management in July 2022 after a short four month closure. 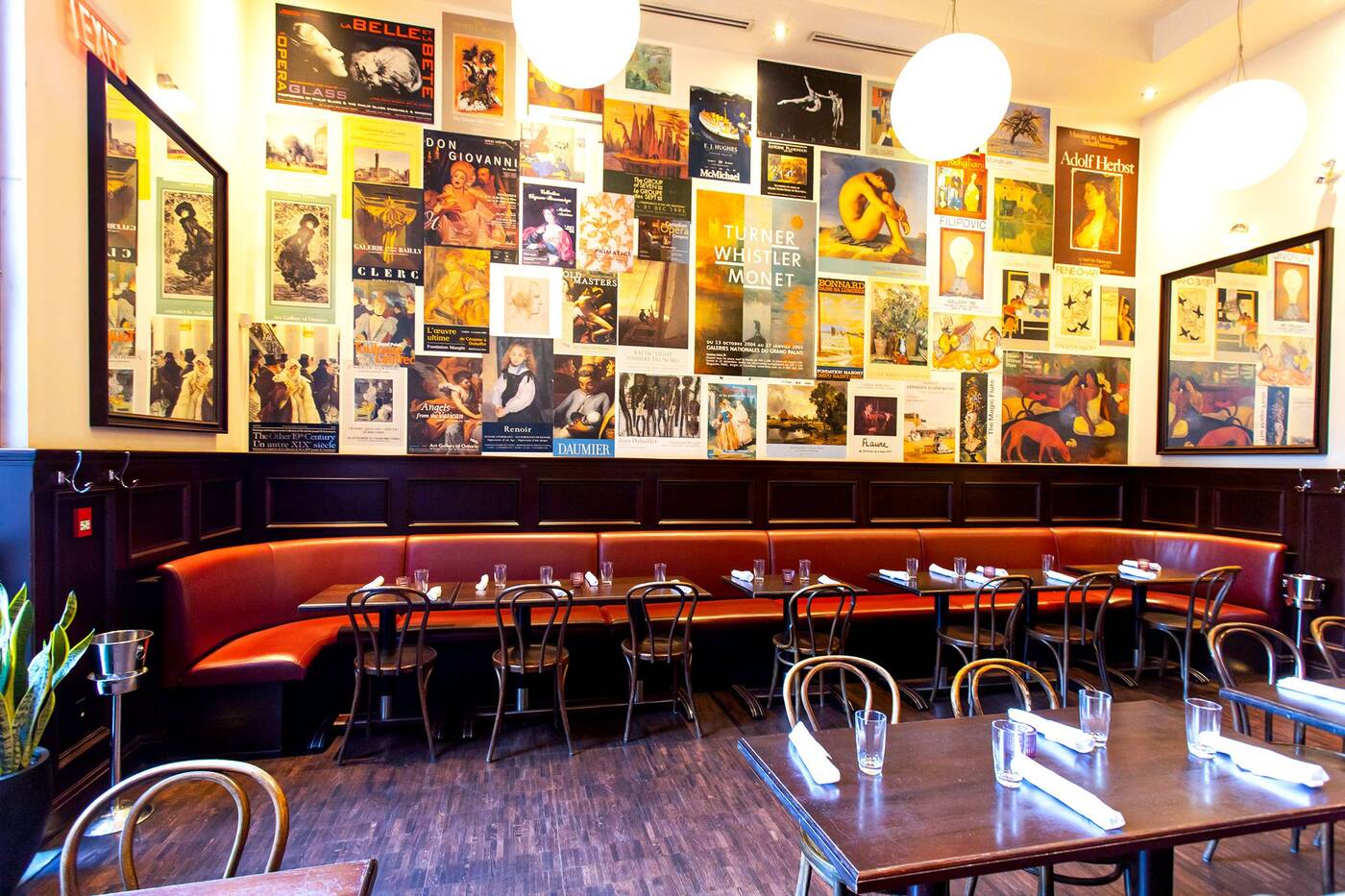 Le Select has fought many battles throughout the years to continue operating. This includes: dealing with unfair tax increases, constant condo construction around the restaurant, and of course, repetitive closures due to lockdowns. 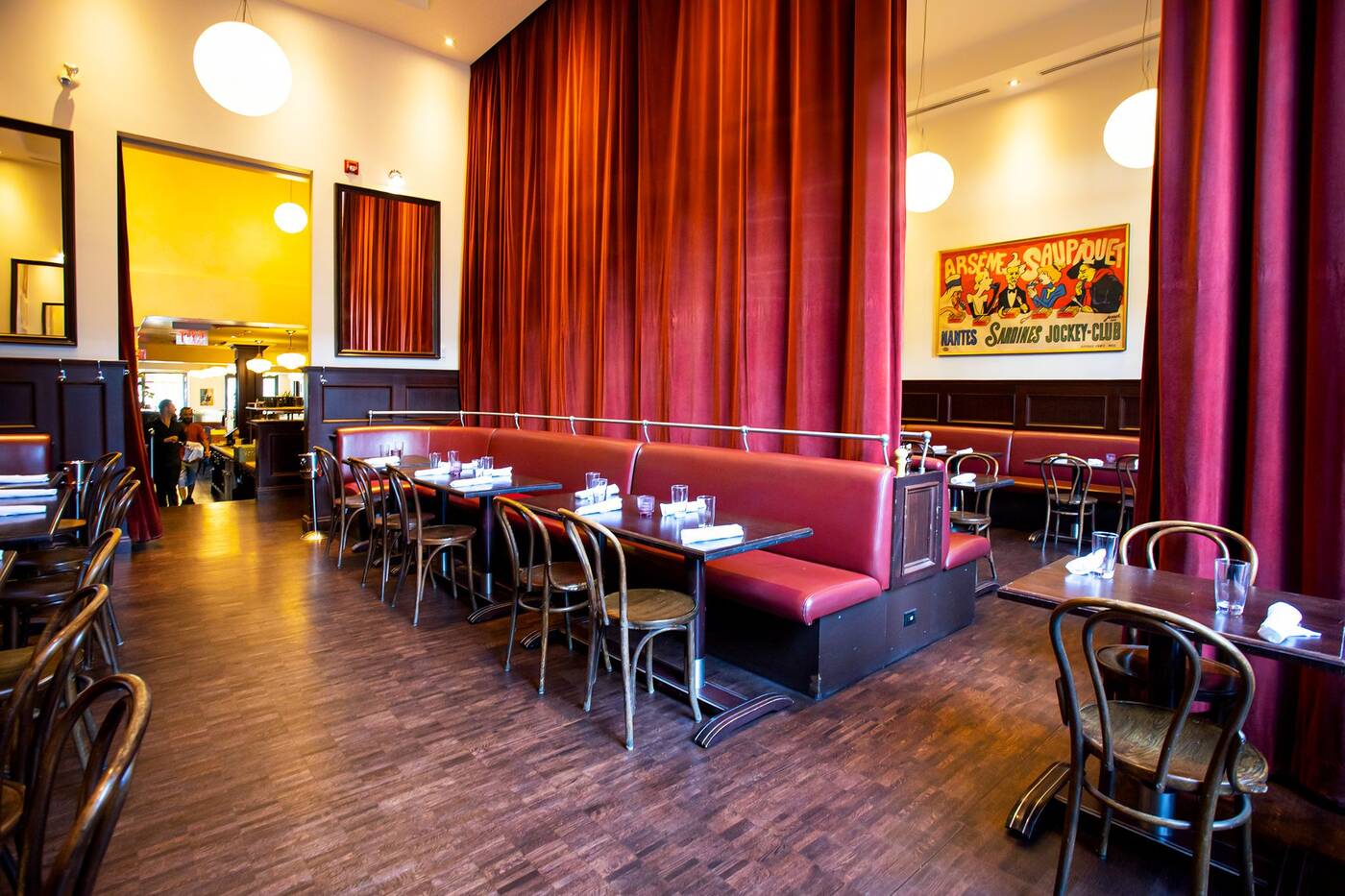 The establishment still managed to come out on top with ownership being handed over to ex-Keg CEO David Aisenstat, from its previous overseeing by Frédéric Geisweiller. 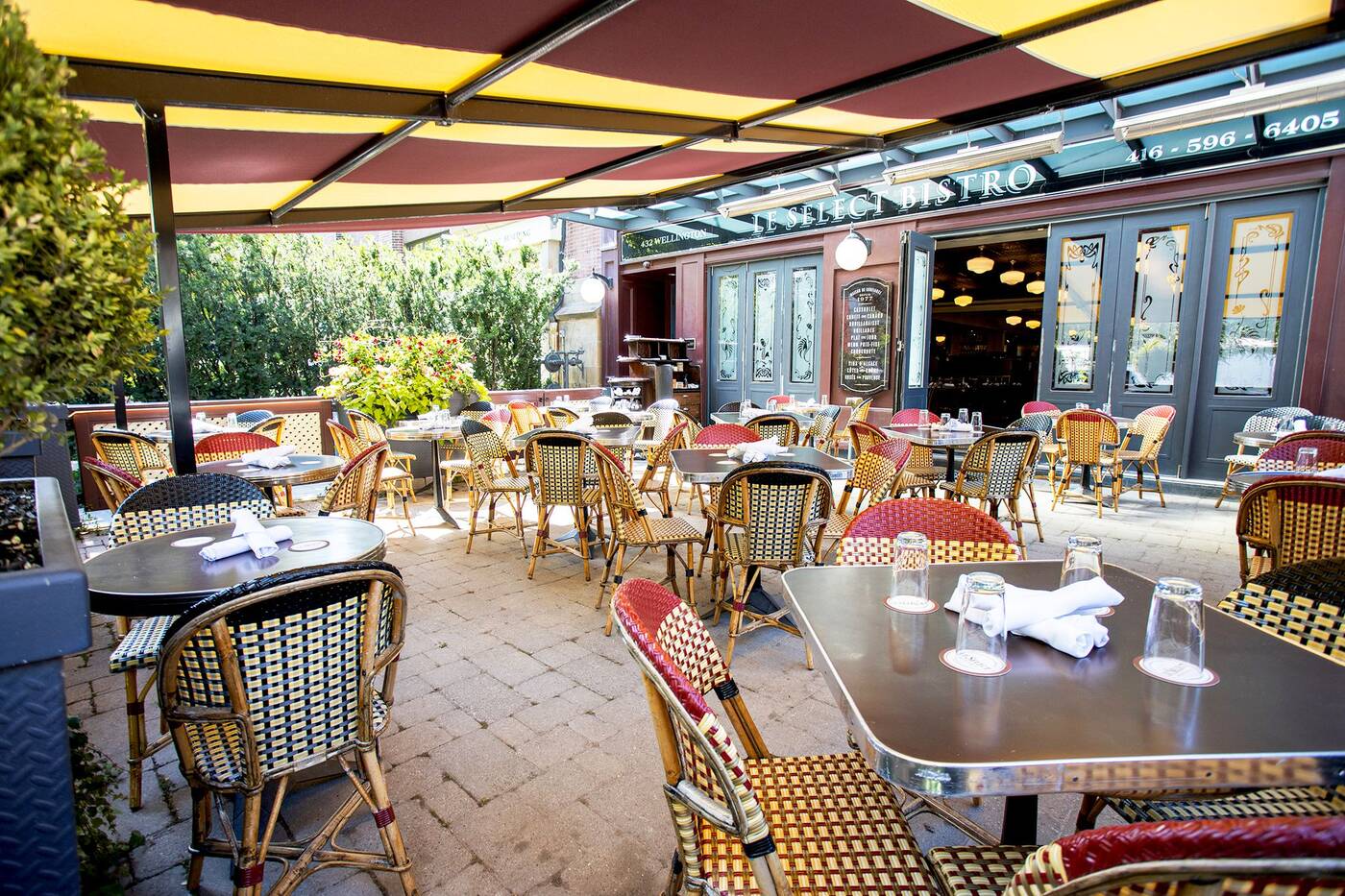 Just a few days before Le Select opened again, neighbours living in the King West/Wellington area were already peeking inside windows in hopes of when their local hot spot would be in operation again. 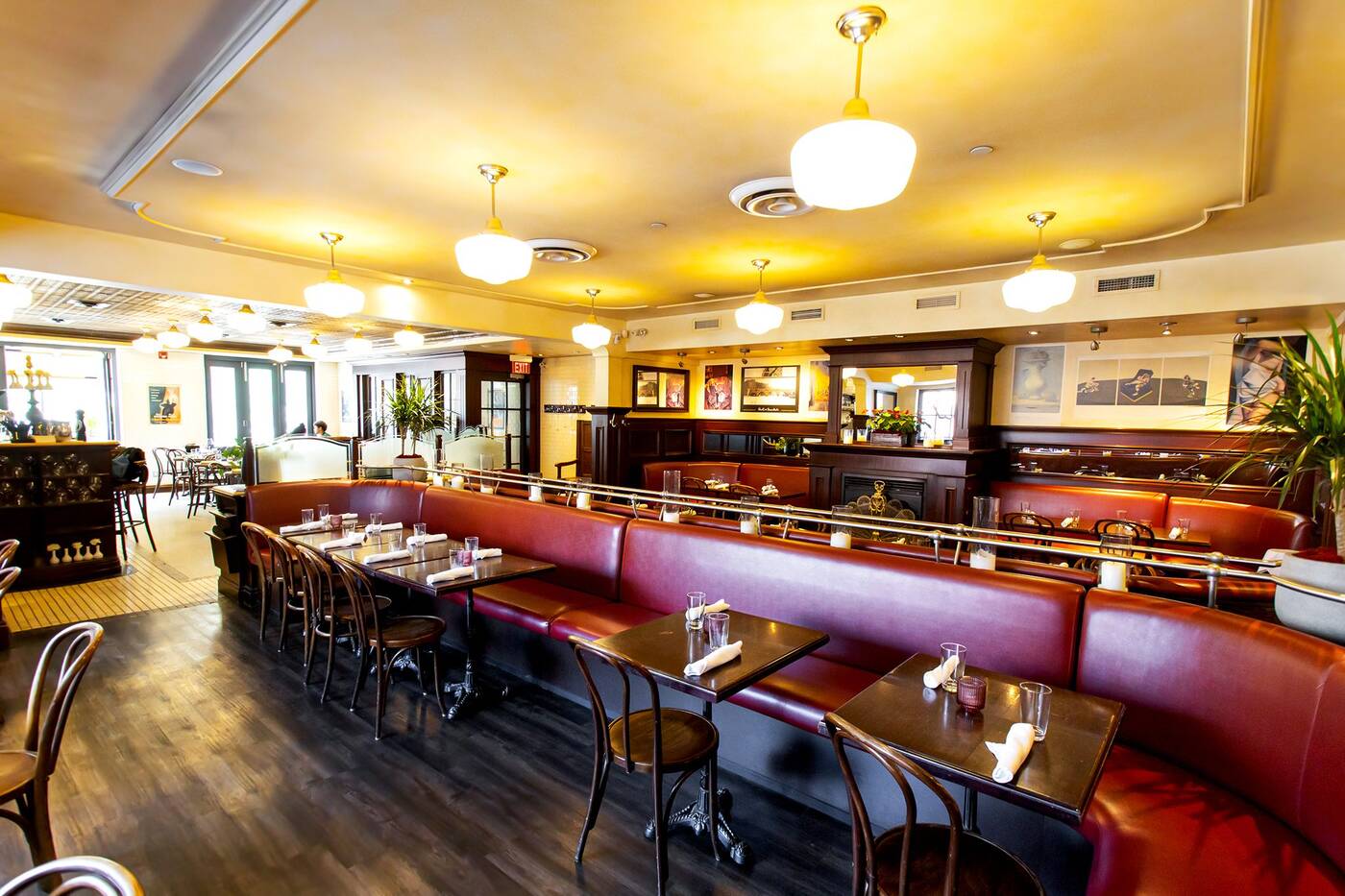 Regulars should be happy to see that not that much has changed on the inside of Le Select. Expansive dining rooms stretch across three separate quarts inside the restaurant that's filled with moulin rouge booths. 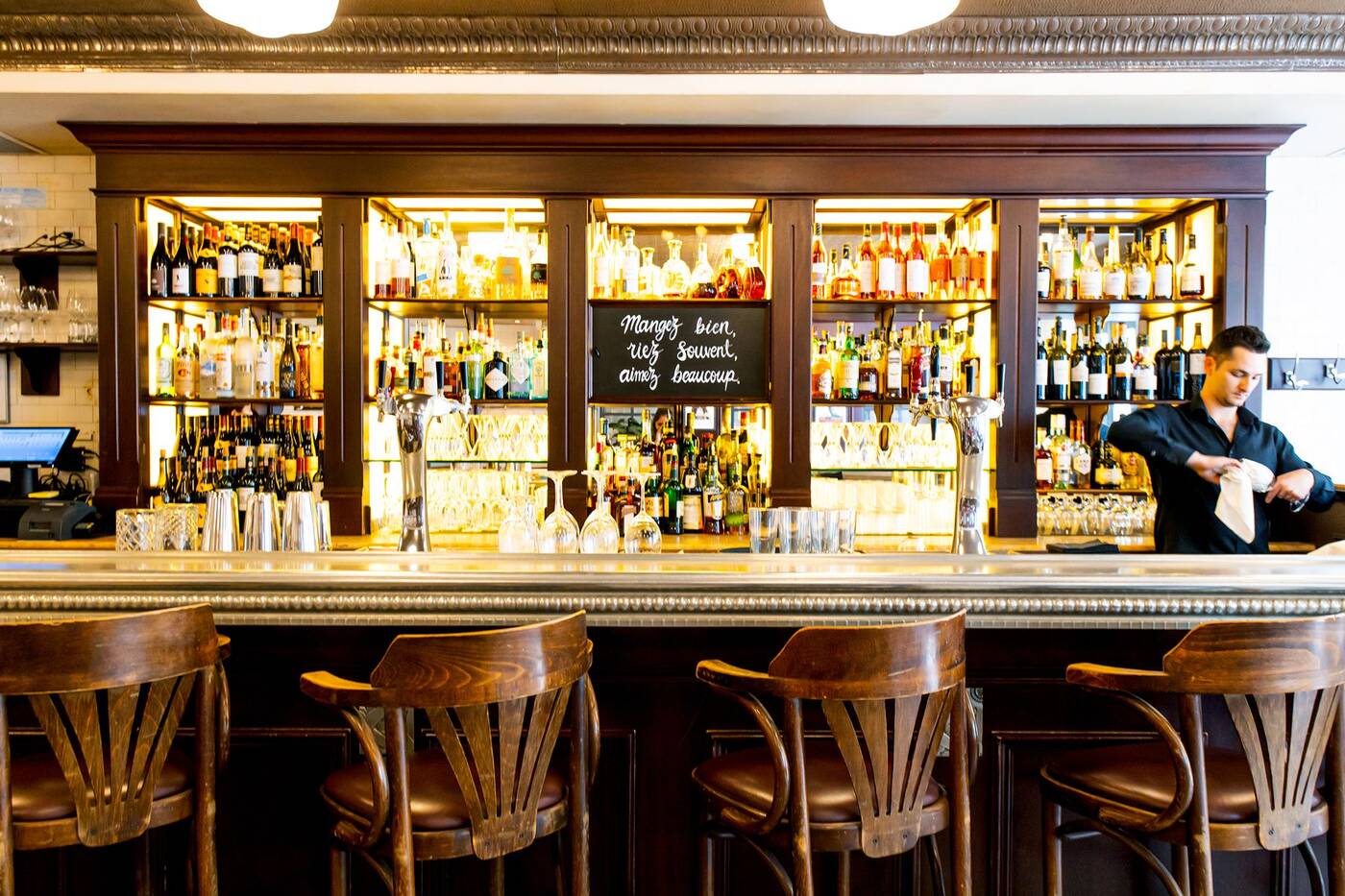 An old-school bar with wooden base boards used to cover the liquor sits beside the main patio facing Wellington Street. Their famous garden patio in the back is still here as well.

Although there are a few new additions, Le Select will still be cooking some of their top selling dishes from before, such as beef tartare, steak frites and duck a l'orange. 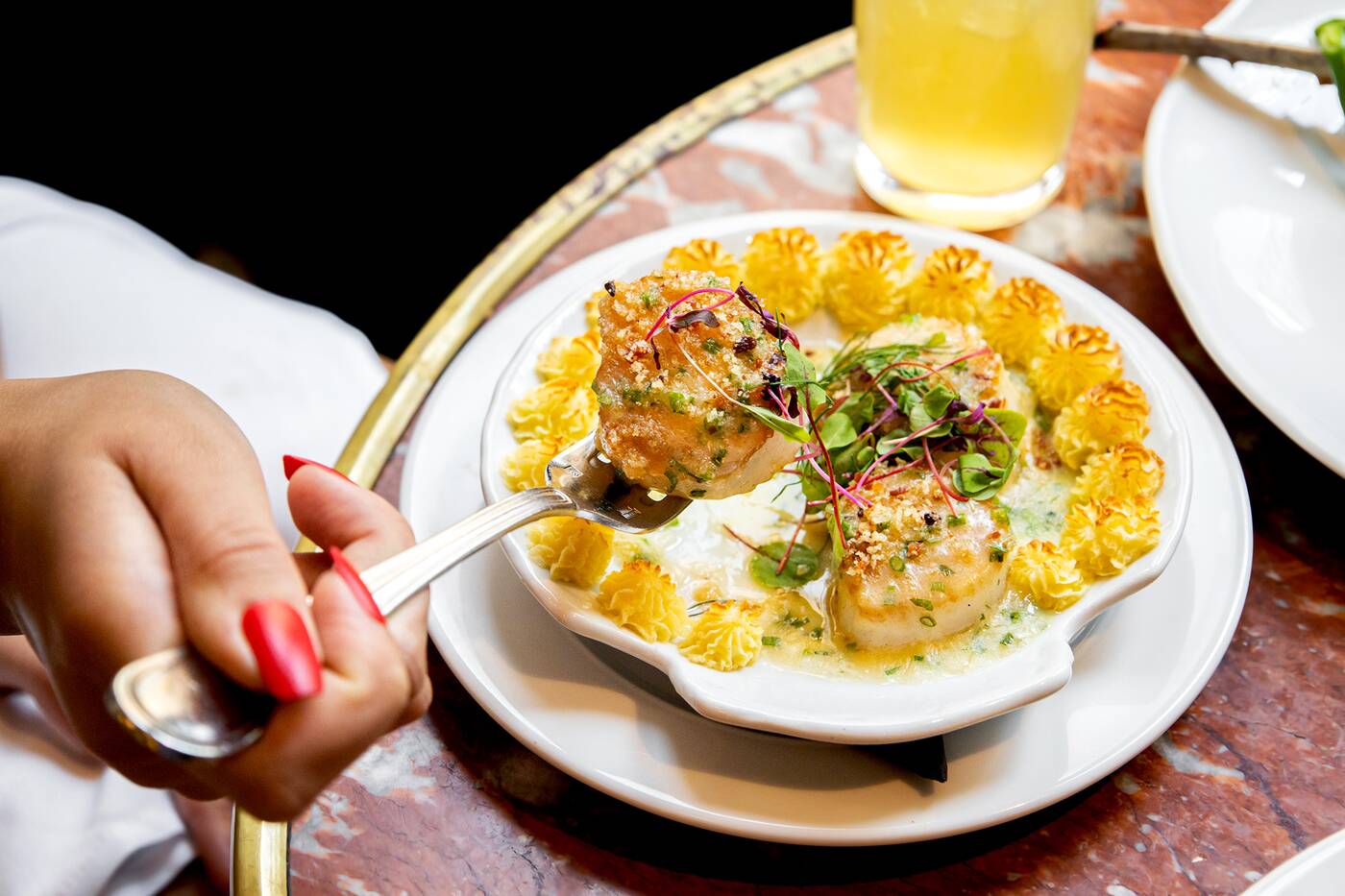 One of the starters we tried was the Coquilles St-Jacques ($22.00). Four seared scallops are placed in the centre, remaining tender and juicy from being doused in a herb butter with a sprinkle of bacon crumb.

Dollops of baked potato, a version of pomme dauphinoise, are placed around the dish, I suggest eating them with the scallops for added flavour. 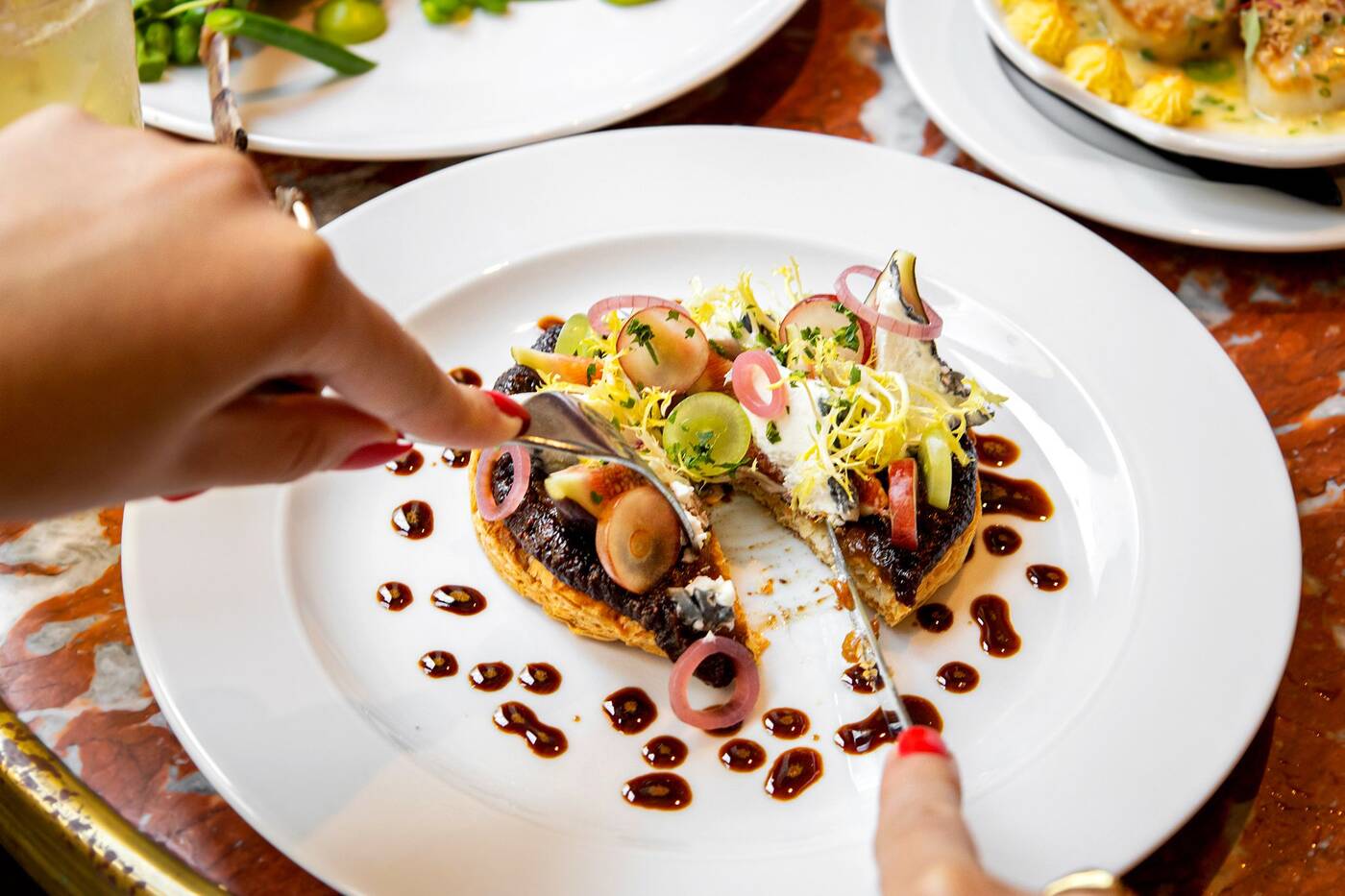 Another appetizer, which could be a nice sharing option for two is the Tarte aux Oignons et Chevre ($19.00). A flaky puff pastry is used as the base with a thick layer of caramelized onion paste on top. Then goat cheese, and bits of grapes and figs build the rest of it. 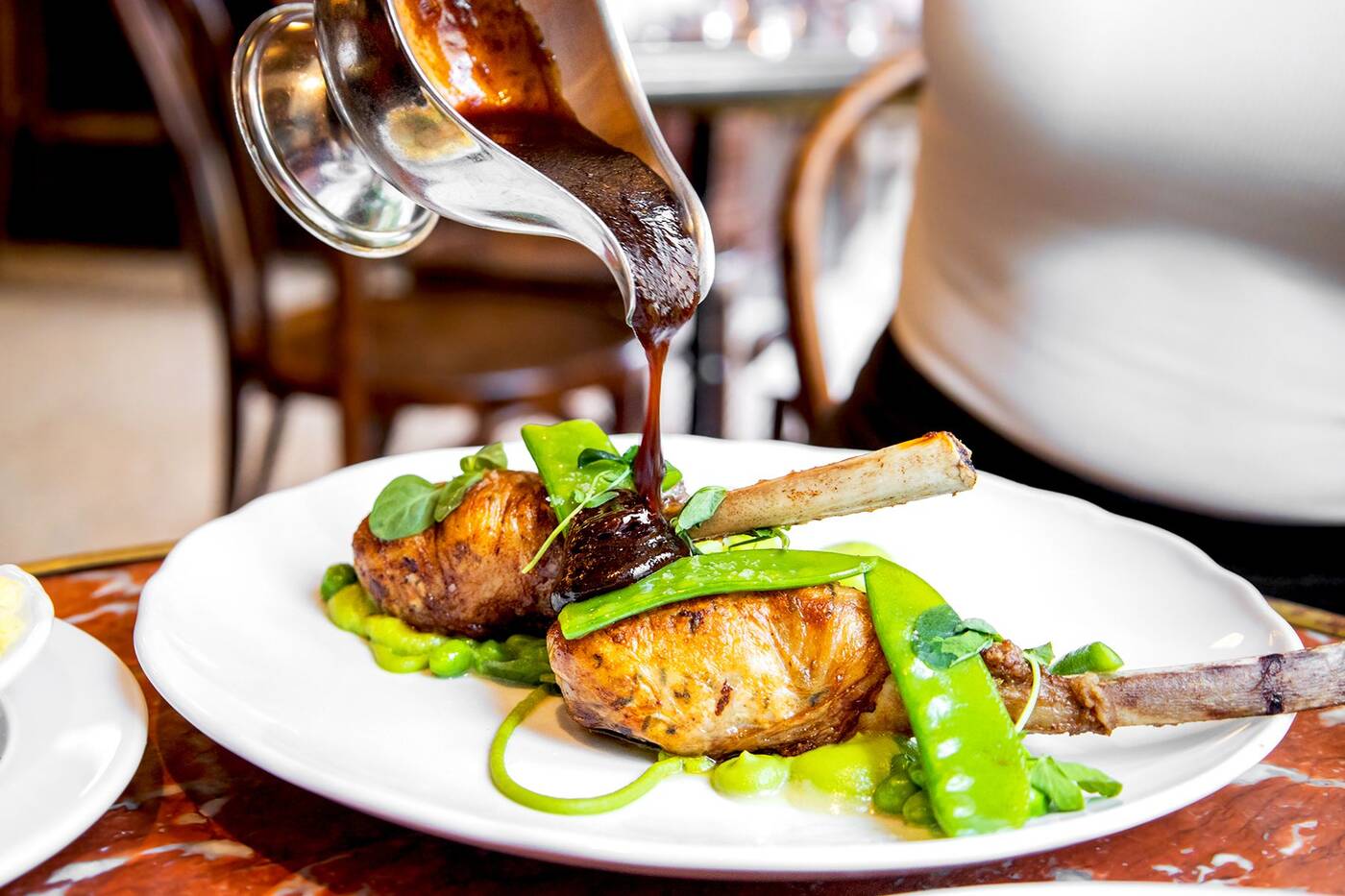 For an entree, we had the Carre D'agneau ($65.00) that includes a half rack of roasted lamb. Chicken mousseline, which translates to "chicken mousse" is spread on the bottom of the plate accompanied by some greens: peas, mint plus a red wine jus. 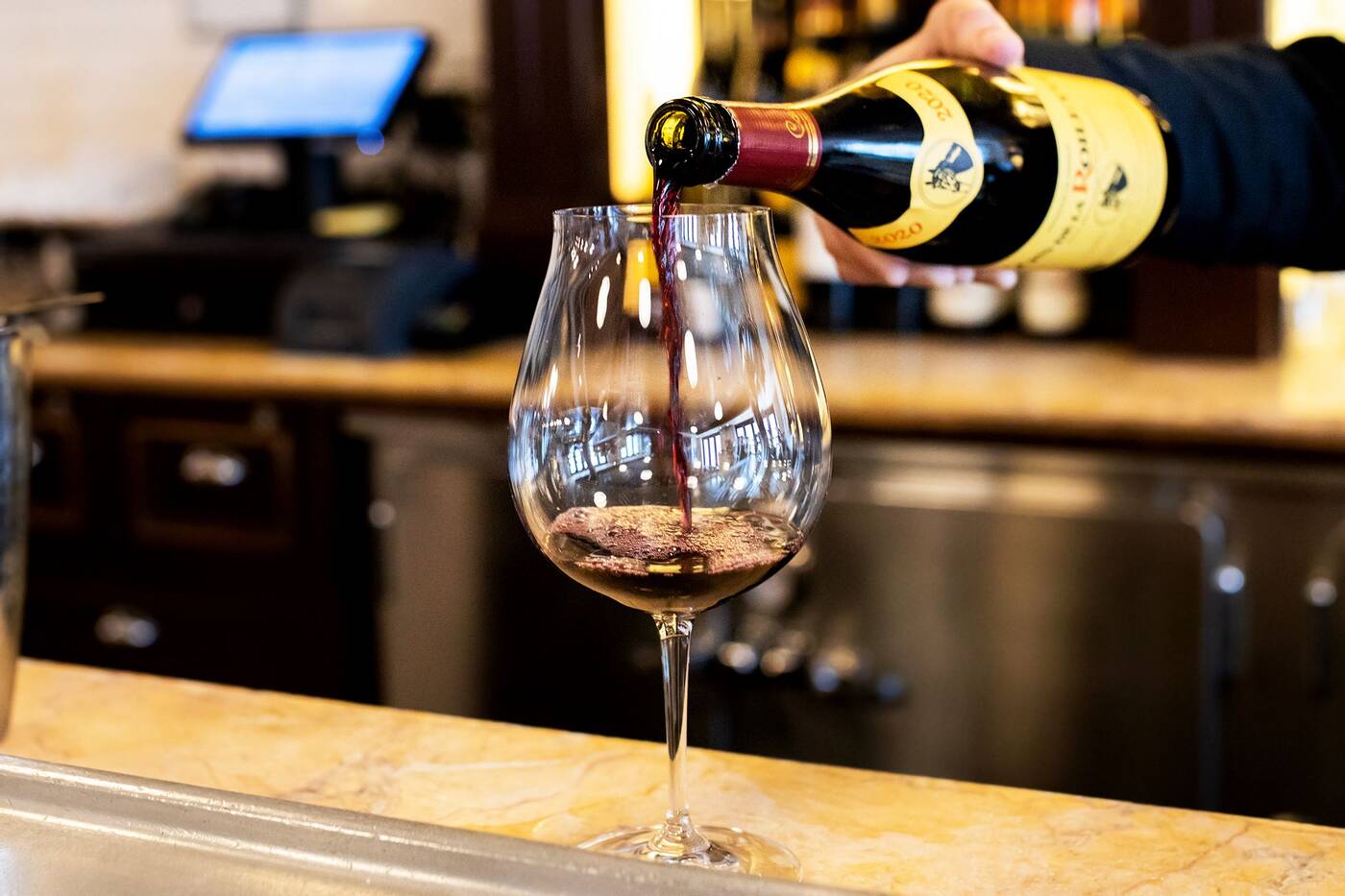 With a huge list of wines at Le Select, we had to get a taste of at least one. Here you will see the Gamay Beaujolais, a 2020 bottle from France. This is a light-bodied red wine with fruit notes that tastes similar to a Pinot Noir. A glass goes for $22.00 and a bottle is $105.00. 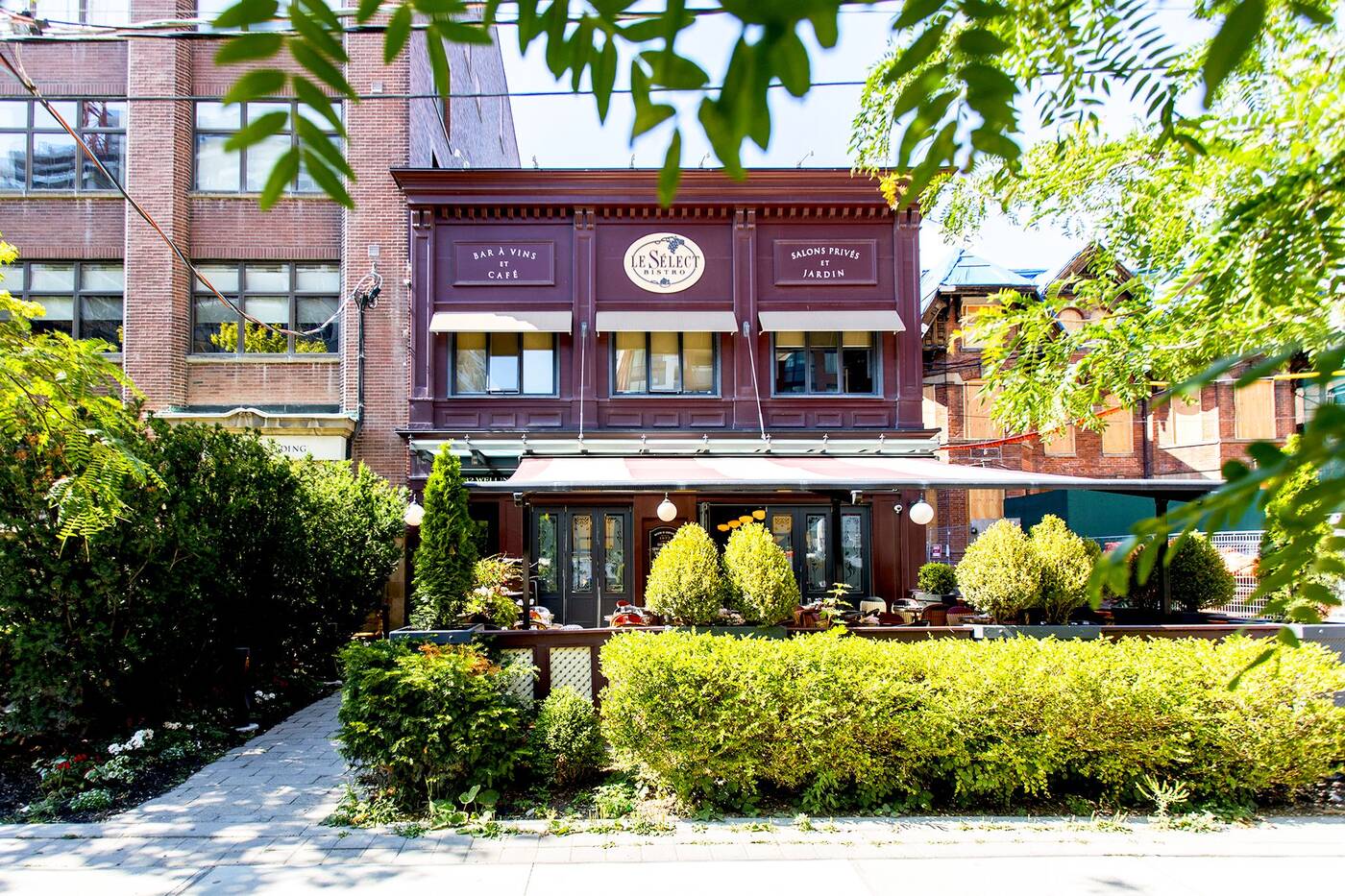 The charming exterior of this classic bistro stands tall in the midst of the ever changing area of King West and Wellington.