Le Notre Bistro stands on a quaint little corner along Harbord St. that's long been occupied by one restaurant or another. Japanese spot Unagi was the previous tenant, and before that J.P. Challet made a name for Ici Bistro here.

This iteration is owned by Sergeui Kourokhtine, whose worldly life story shows in the multicultural influence on iconic French dishes, also meant to pay homage to the diversity of the neighbourhood. He was born in St. Petersburg but grew up in Paris where his mother was a bistro chef. 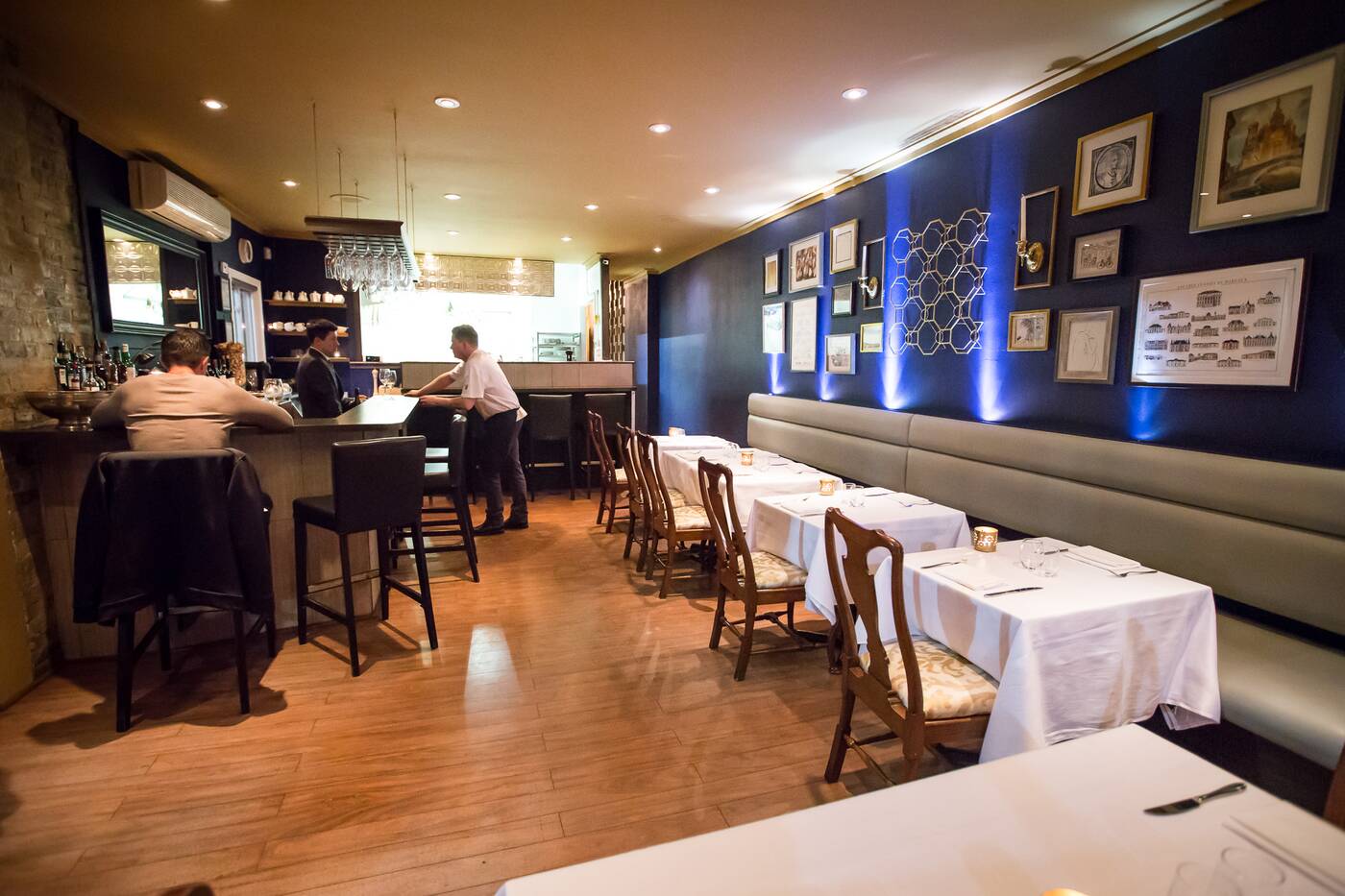 The walls are painted a deep and dreamy blue and decorated with drawings depicting his favourite wine regions. Hints of gold and dim lighting accentuate the romantic atmosphere. Kourokhtine’s wife had a huge hand in designing the interior. 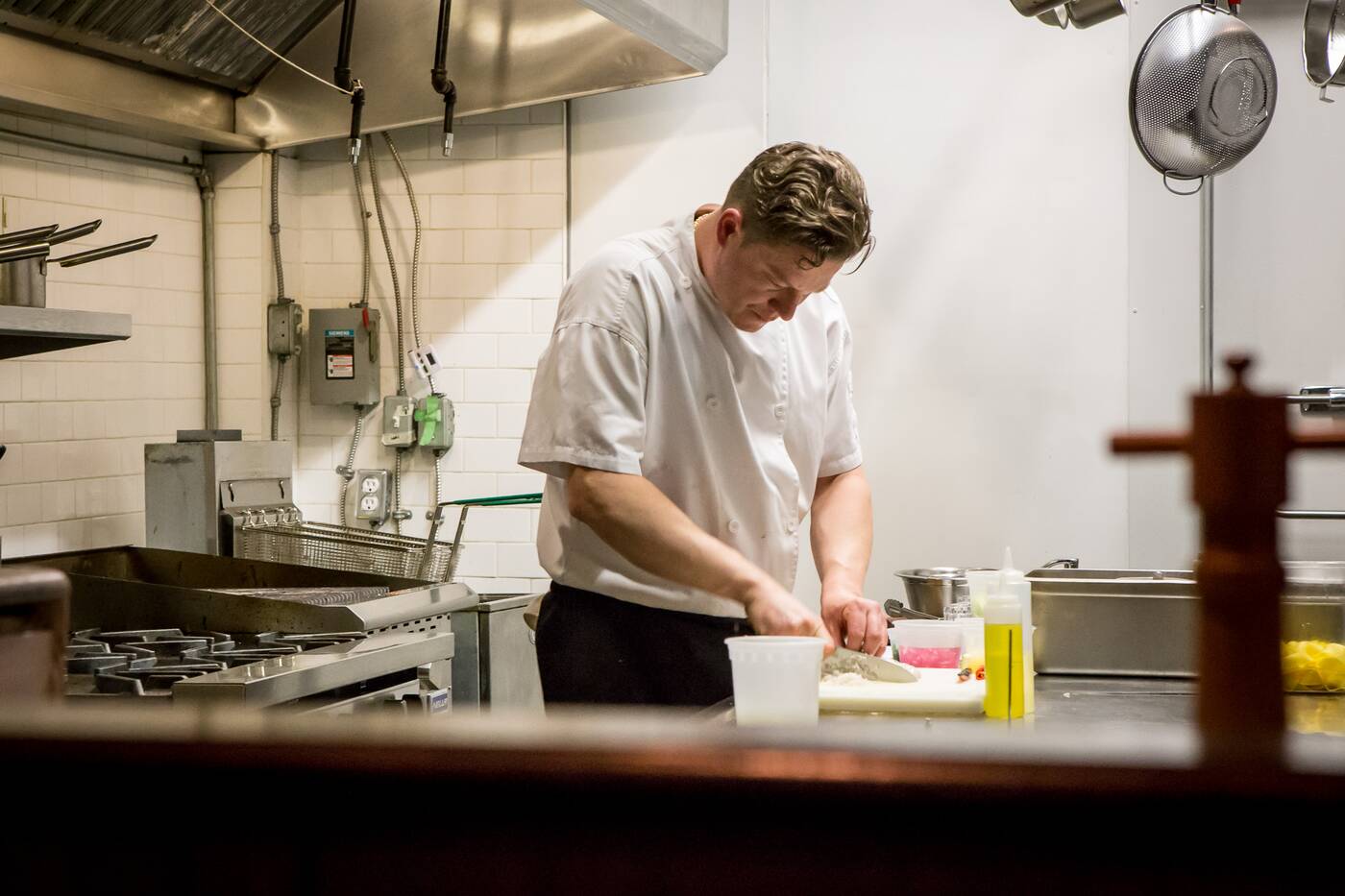 Kourokhtine met chef Cam Nelson eight years ago, and the pair share the same beliefs in not overdoing it. The menu changes almost nightly here based on what’s in the pantry. 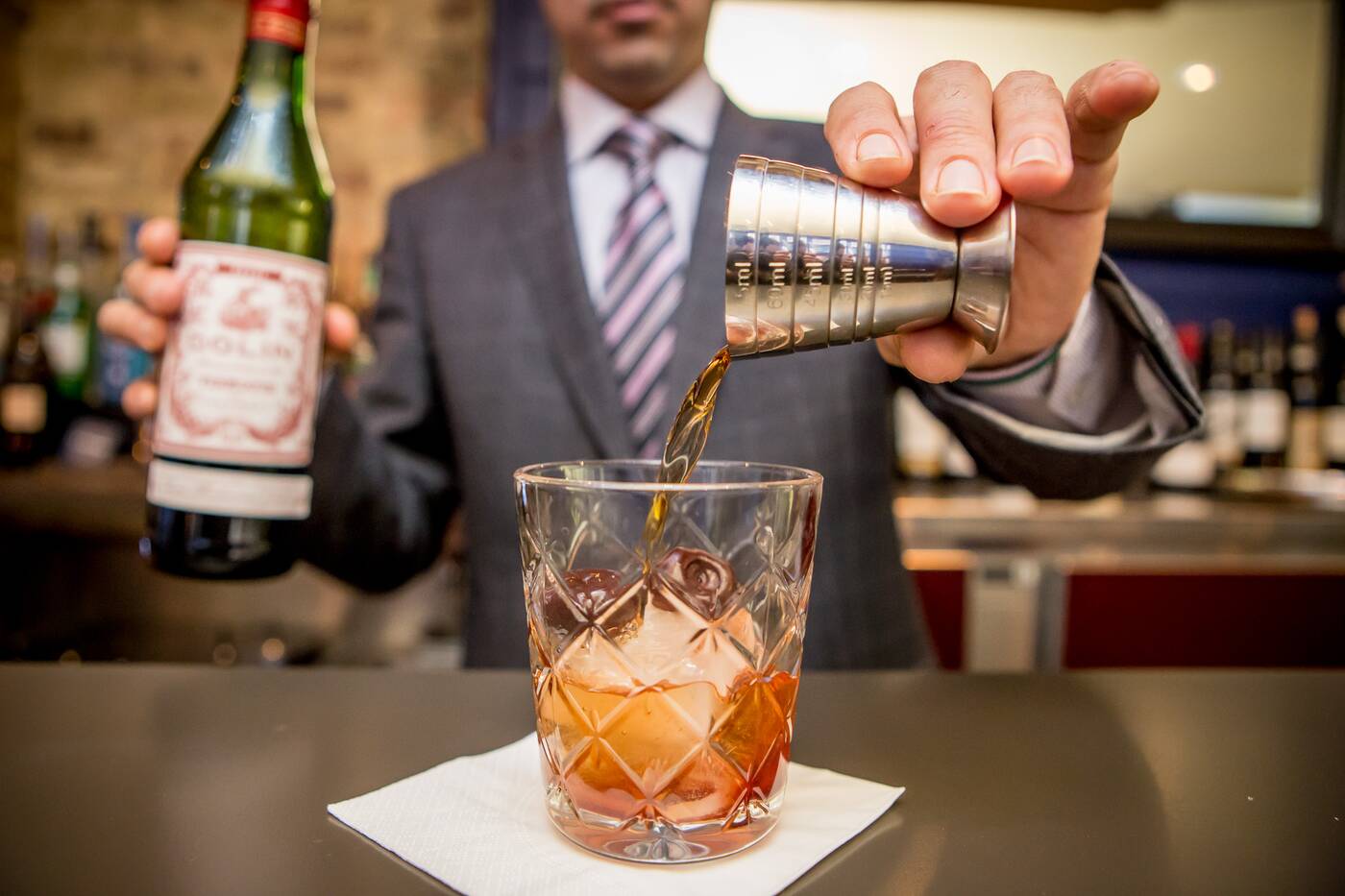 In his plus two decades of work in places such as Moscow, Miami, New York, and Paris, Kourokhtine says the most ordered drink is a Manhattan. 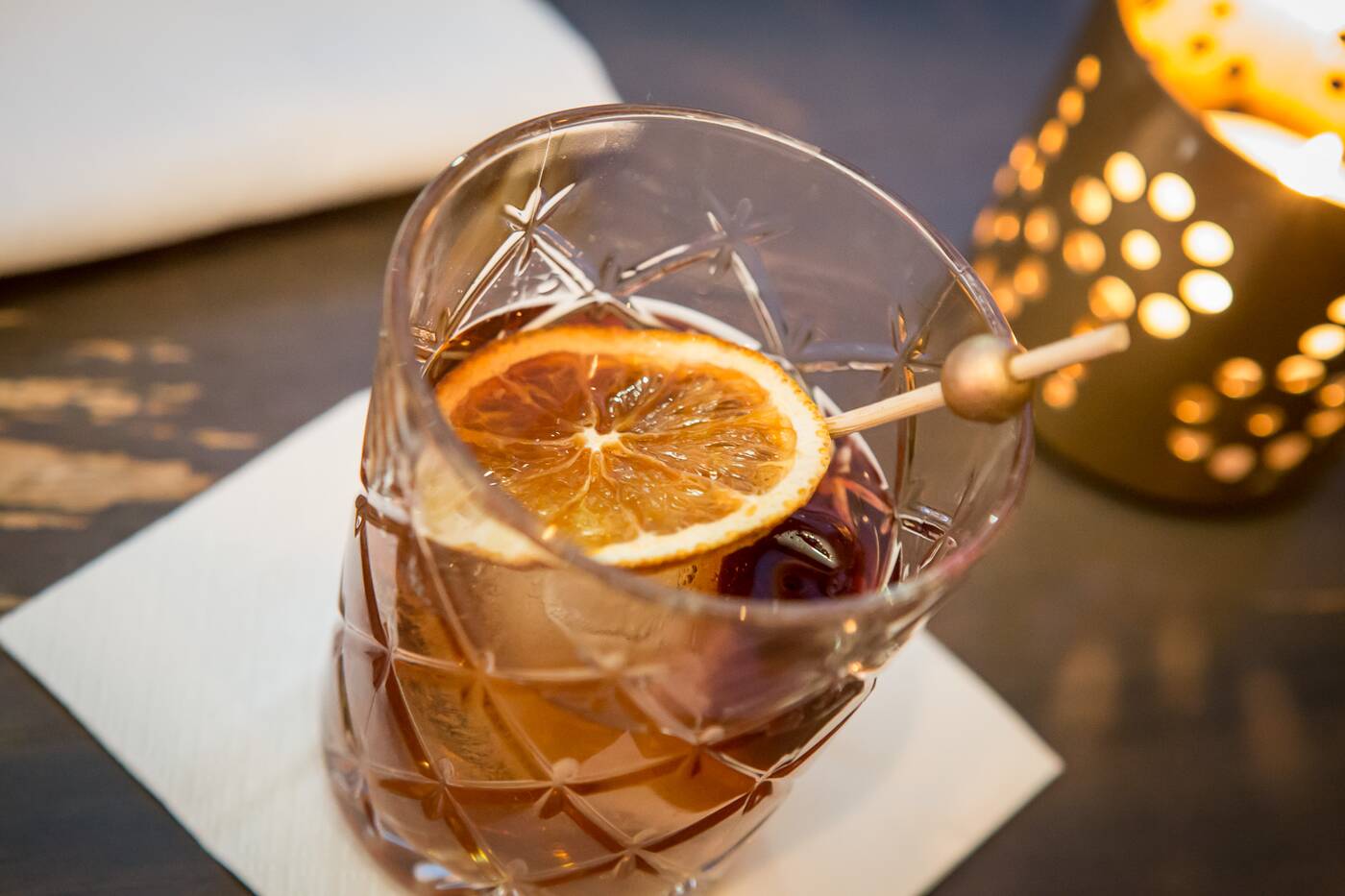 His spin on it is called the New York, New York ($14), with dehydrated orange and two sherry marinated cherries you have to pop in your mouth when the cocktail is done. 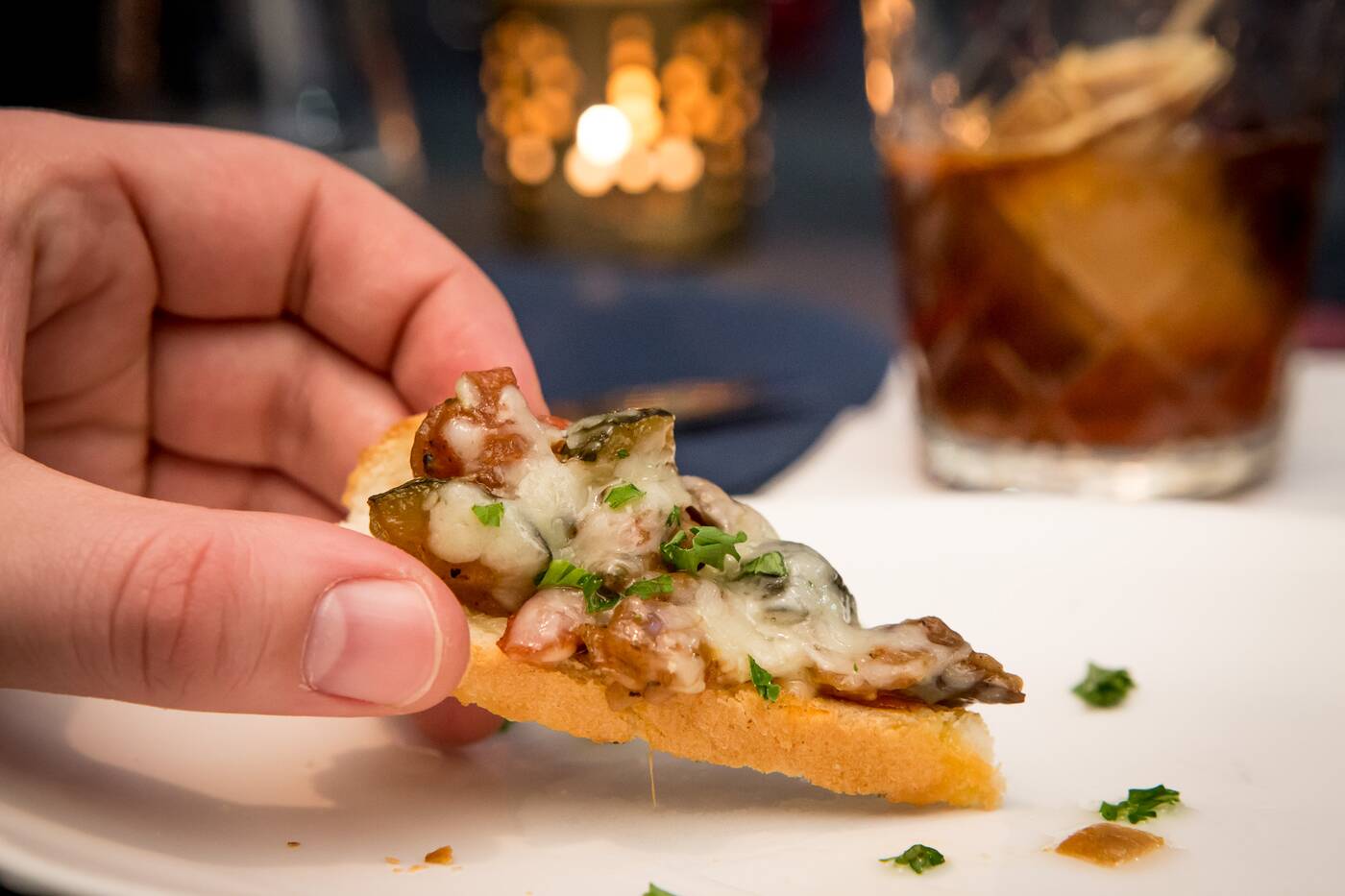 To start, we’re served an amuse bouche of ratatouille and gruyere on toast, savoury, warm, and the perfect teaser to the appetite. 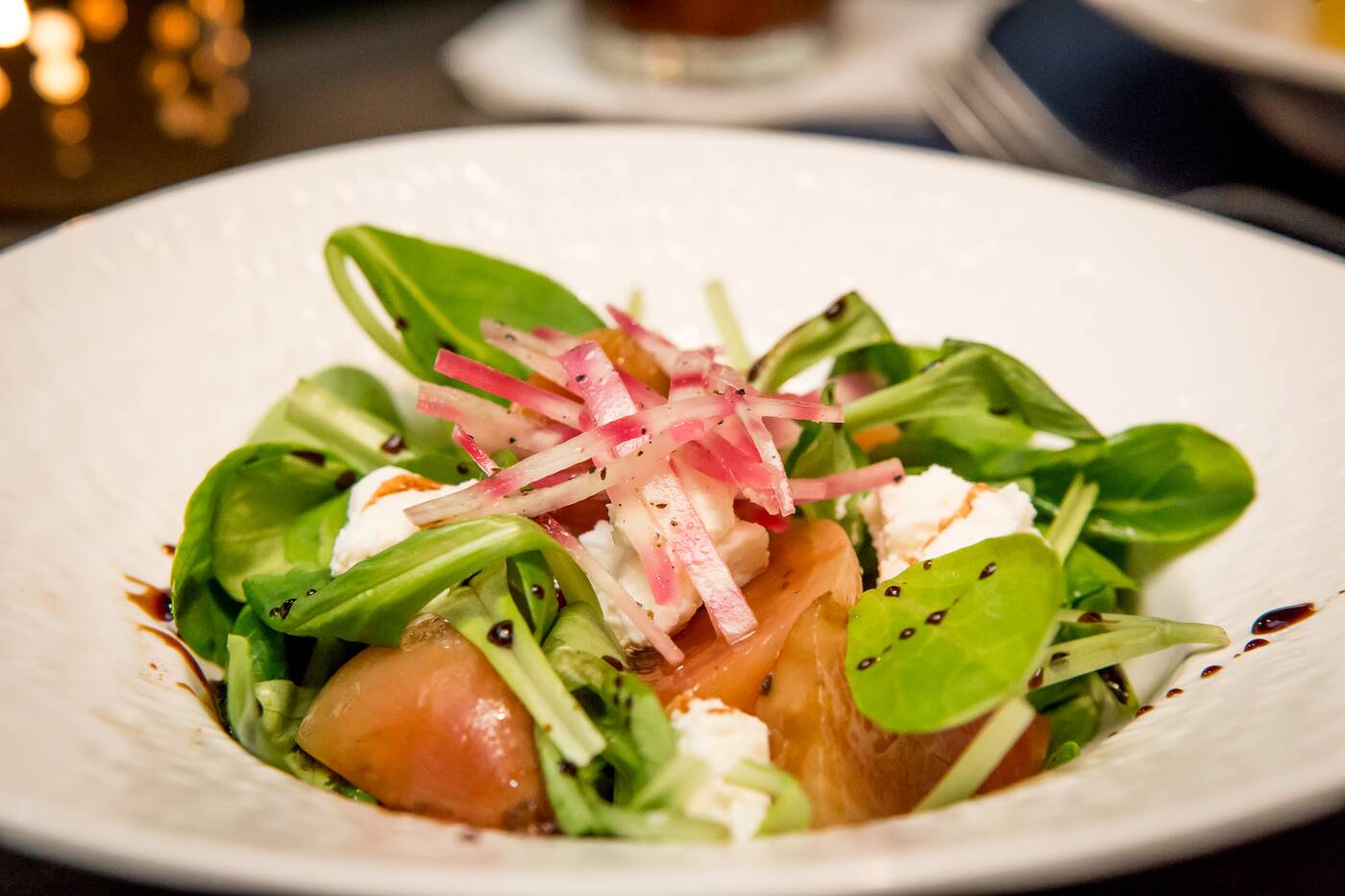 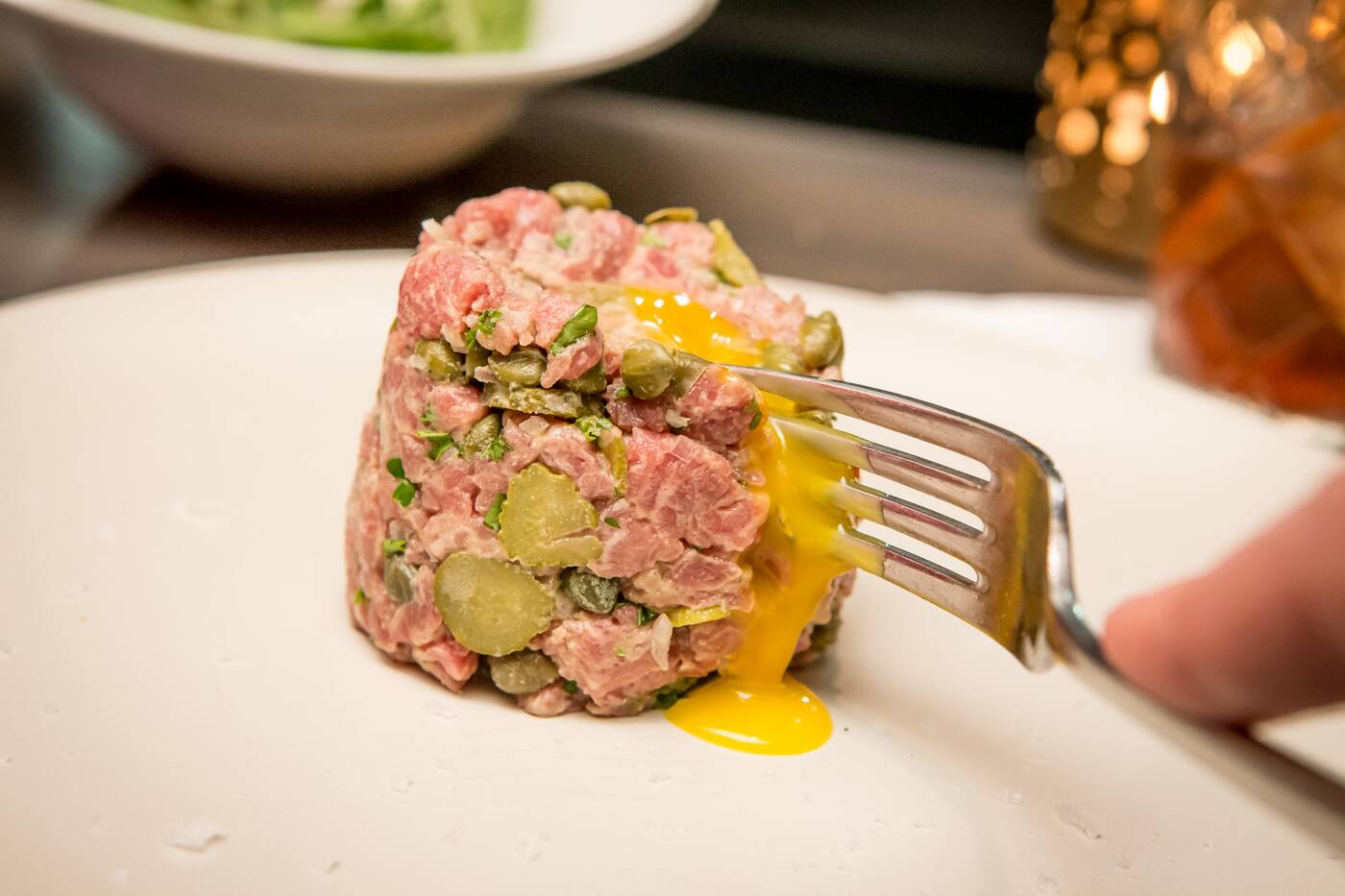 A tartare de boeuf ($18) is the essence of keeping things simple. The neat cylinder of raw meat is mixed with a dressing of cornichons, mustard, and capers, topped with a cute quail egg yolk. It’s a great tartare made with a prime cut of beef below the shoulder from an Ontario farm. 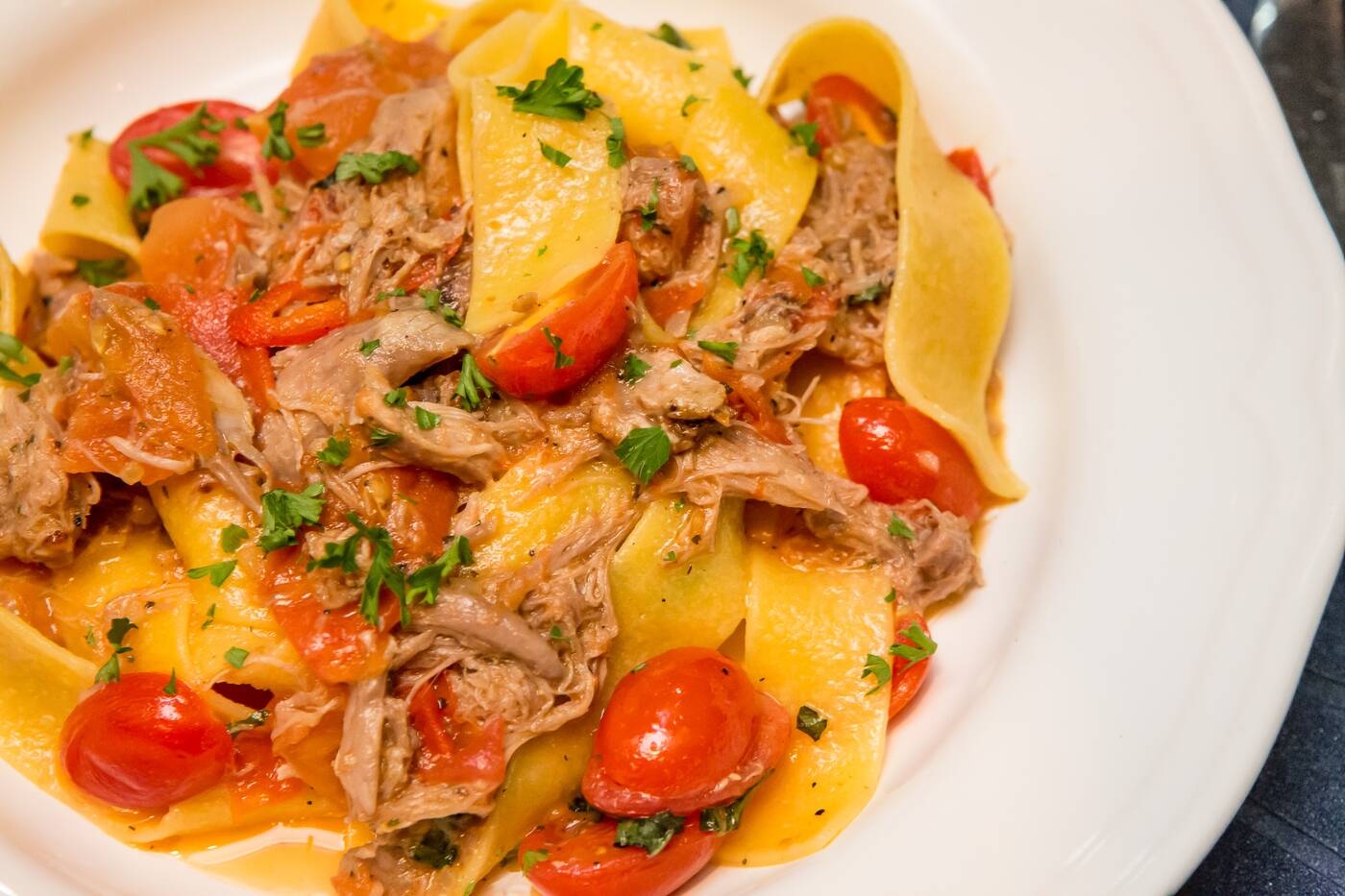 On the menu when we visit there’s also a pappardelle au confit du canard with a tomato ragout. It’s hearty and satisfying, doesn’t skimp on the duck but also isn’t too heavy. 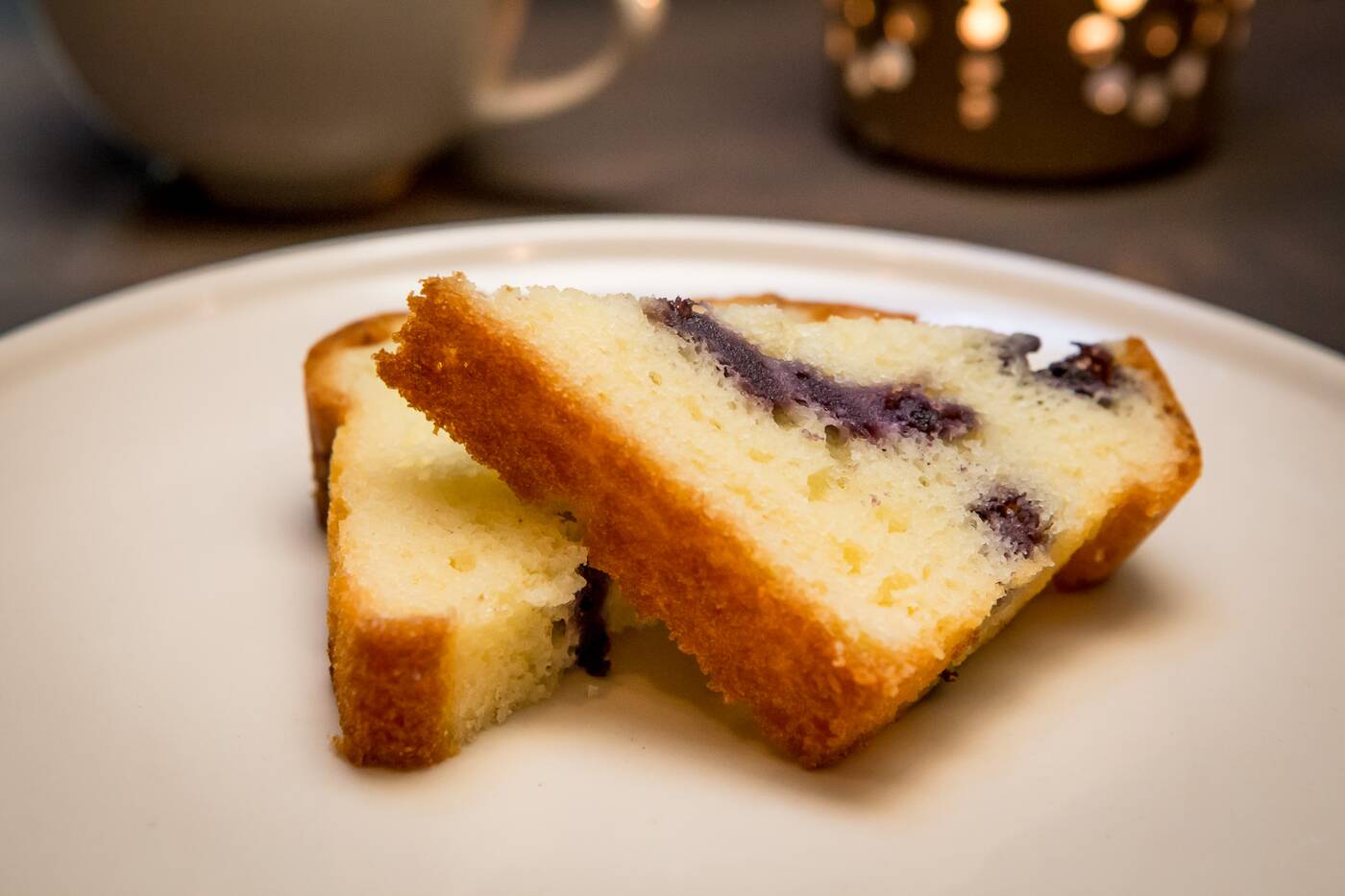 A window seat for two looks out onto Harbord, and bar seating is perfect for sipping wine. Lower seating is up against a wall with a banquette, and the place holds 25 total. 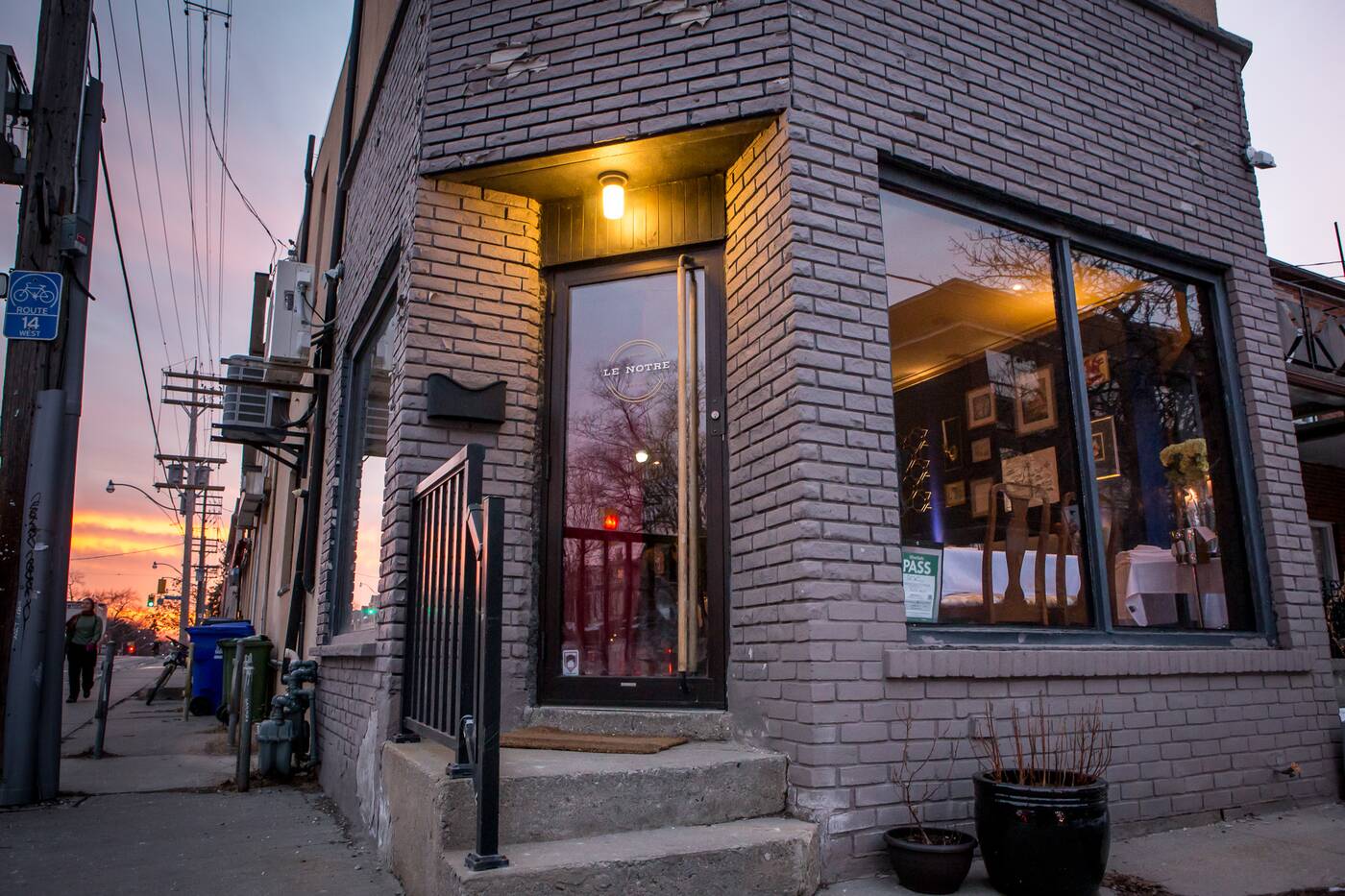