Le Modern Japanese Cuisine is a little hidden away - it's located in the ground level of a nondescript business complex tucked into a side street off Woodbine Ave. If it wasn't for their new (yet understated) signage, I might never have decided to stop by. Thankfully, I did - and I was rewarded with one of the best dining experiences I've ever had in Markham.

In a veritable sea of Japanese and sushi restaurants in York Region, Le aims to stand out by providing something that is a little bit in short supply: a touch of class. While most of its competitors go for the tried-and-tested cheap AYCE route, Le goes for sophistication.

Dark wood floors, tables that look like they were made from reclaimed wood, soothing minimalist décor; the restaurant certainly stands out compared to every other Japanese restaurant I've been to. 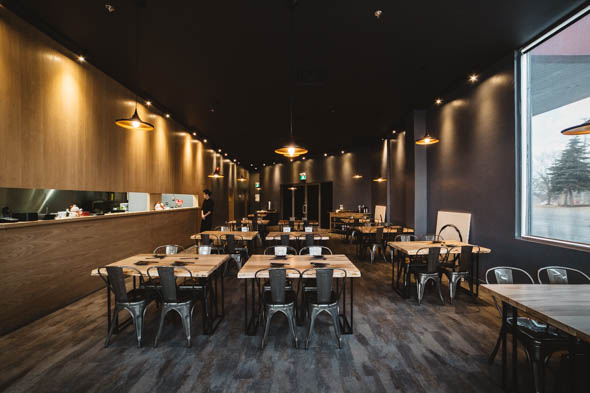 Le's menu is pretty simple and straightforward. "It's a temporary menu," I was told by the server, who politely bowed when greeting us and always took the time to check the quality of the food with us. 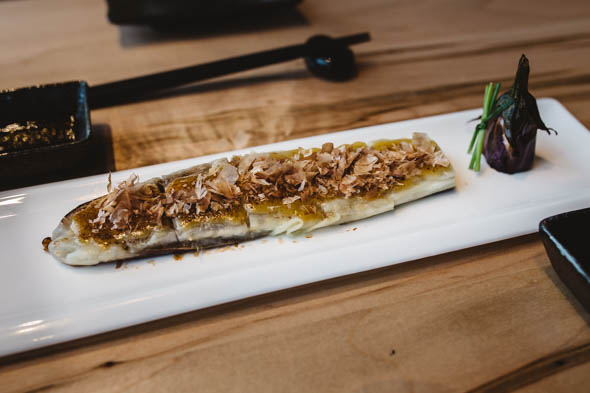 From the appetizer section, we order the yakinasu and okonomiyaki. The yakinasu ($6), a tender array of baked eggplant, is delightfully light and sweet, with the sweet miso sauce coming through in each bite. It's not terribly filling, but then again, that's not its main purpose. 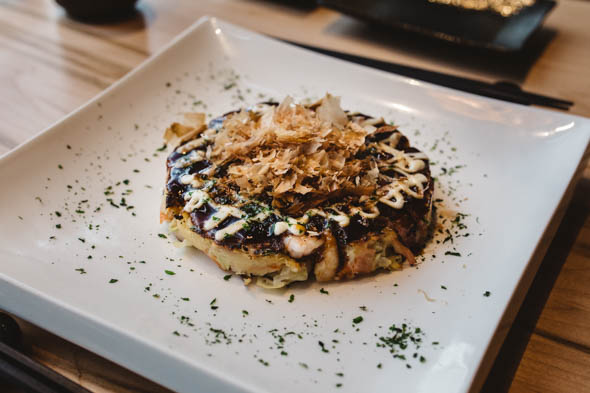 The okonomiyaki ($8) is the best I've eaten in a long while. In most okonomiyakis that I've had, all the ingredients kind of blend with each other, like eating pureed vegetables mixed with Japanese pancake batter.

This time, I can actually taste the freshness of the shrimp, the saltiness of the bacon strips, and the slight crispness of the cabbage. Topped with a sweet tonkatsu sauce and a drizzle of mayo, it's a delightful and filling dish.

Next came the lobster fantasy roll and lobster tempura; enough shellfish to last us until spring. The lobster roll ($14) is as tasty as any good maki should be: Fresh lobster, fresh ingredients, good rice-to-filling ratio, with a touch of cucumber and avocado to pad it out.

Topped with a hint of sauce on top, it's so good that I'd recommend you eat it without soy sauce. Just a dash of their real wasabi (not from paste!) will do. 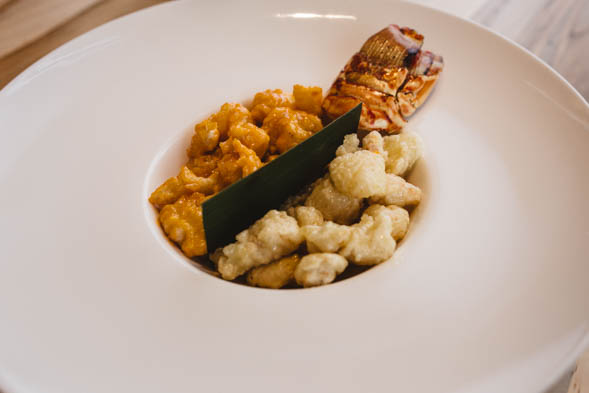 Finally, the lobster tempura ($15). It's a 6 oz. lobster tail, fried and seasoned two ways; one half of the dish is prepared with a sweet, honey-like sauce, while the other comes with a spicy mayo-like dressing. Again, no need for additional tempura sauce. The flavours from the sauces are already baked inside these tiny morsels.

And it's as delicious as it is pretty. Subtle, understated, but still defined flavours are the order of the day, and while the dish is a bit small, there's a lot of lobster meat that comes with it. (No rice though, so make sure to order some if your appetite is bigger than mine.) 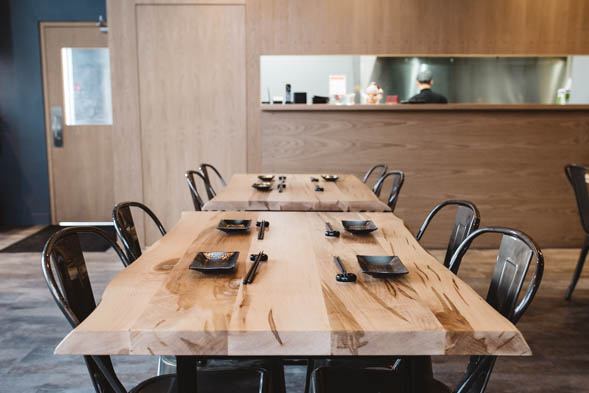 In a part of town where the only thing more prevalent than Tim Hortons is new AYCE sushi restaurants, it's refreshing to see the direction that Le has taken. They also serve lunch (which I haven't tried) but if dinner is any indication, should also be excellent. 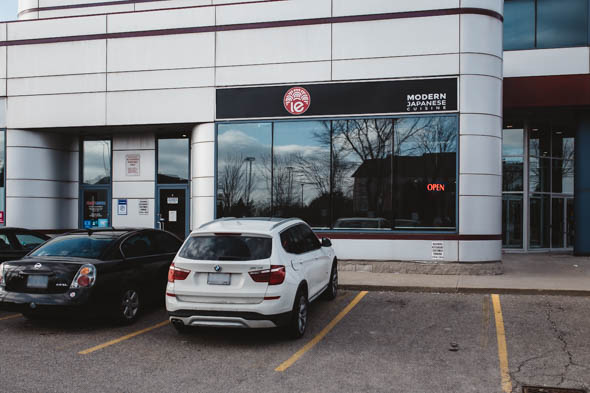 Posted by Darren "DKLo" Susilo. He hangs out on the Twitter and his own mansion .