Laissez Faire is a homey kitchen serving sophisticated, yet casual vibes and a menu of shareable French-inspired dishes.

Significantly different than its more dive-like counterpart Locals Only downstairs, there's a coziness to this chic second-floor restaurant that's open only in the evenings. 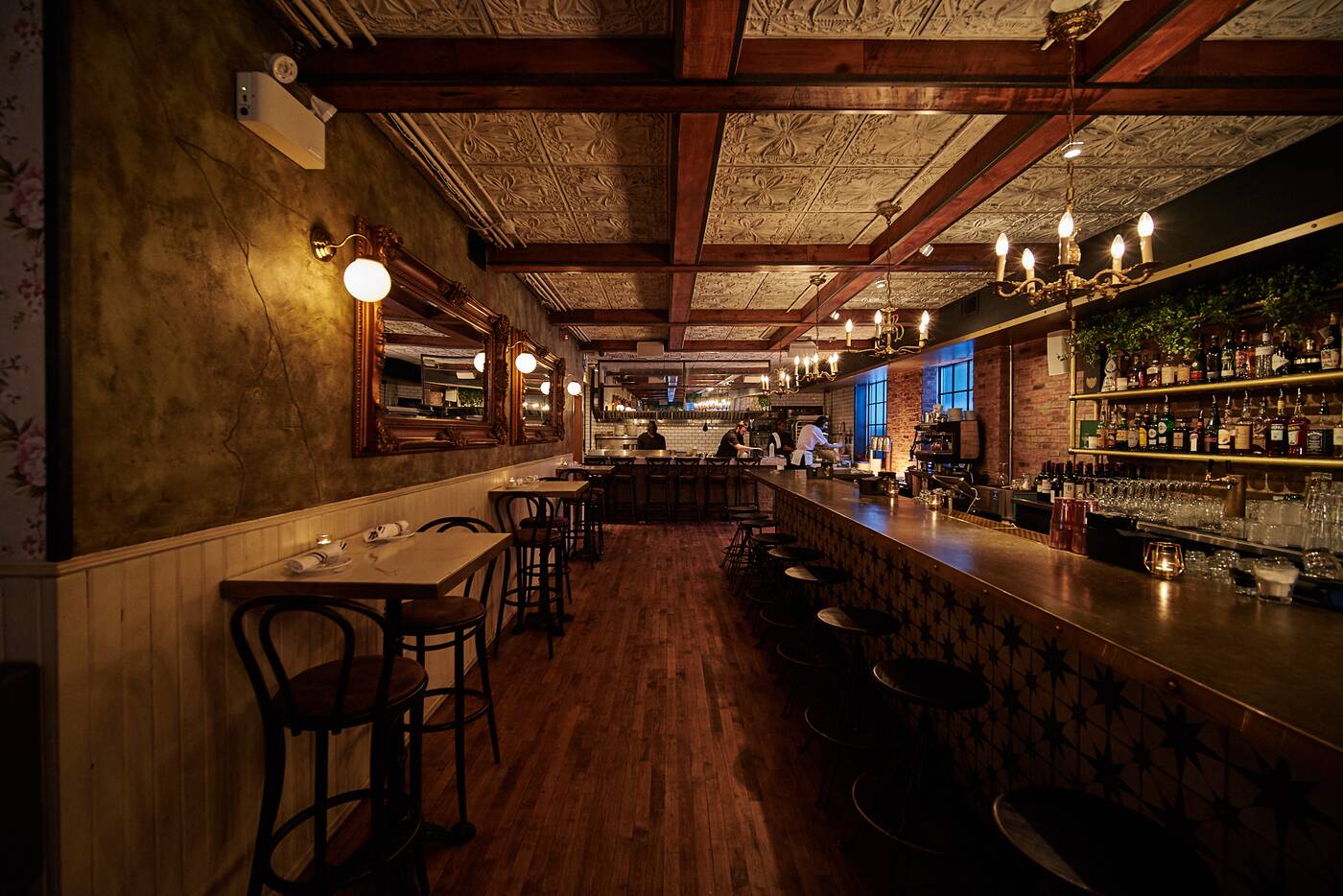 The space has been completely re-done from its Home of the Brave days, now featuring welcoming green accents and an open kitchen where head chef Zach Barnes—formerly of Alo, among other Michelin-starred endeavours—and his team plate up pretty French eats. 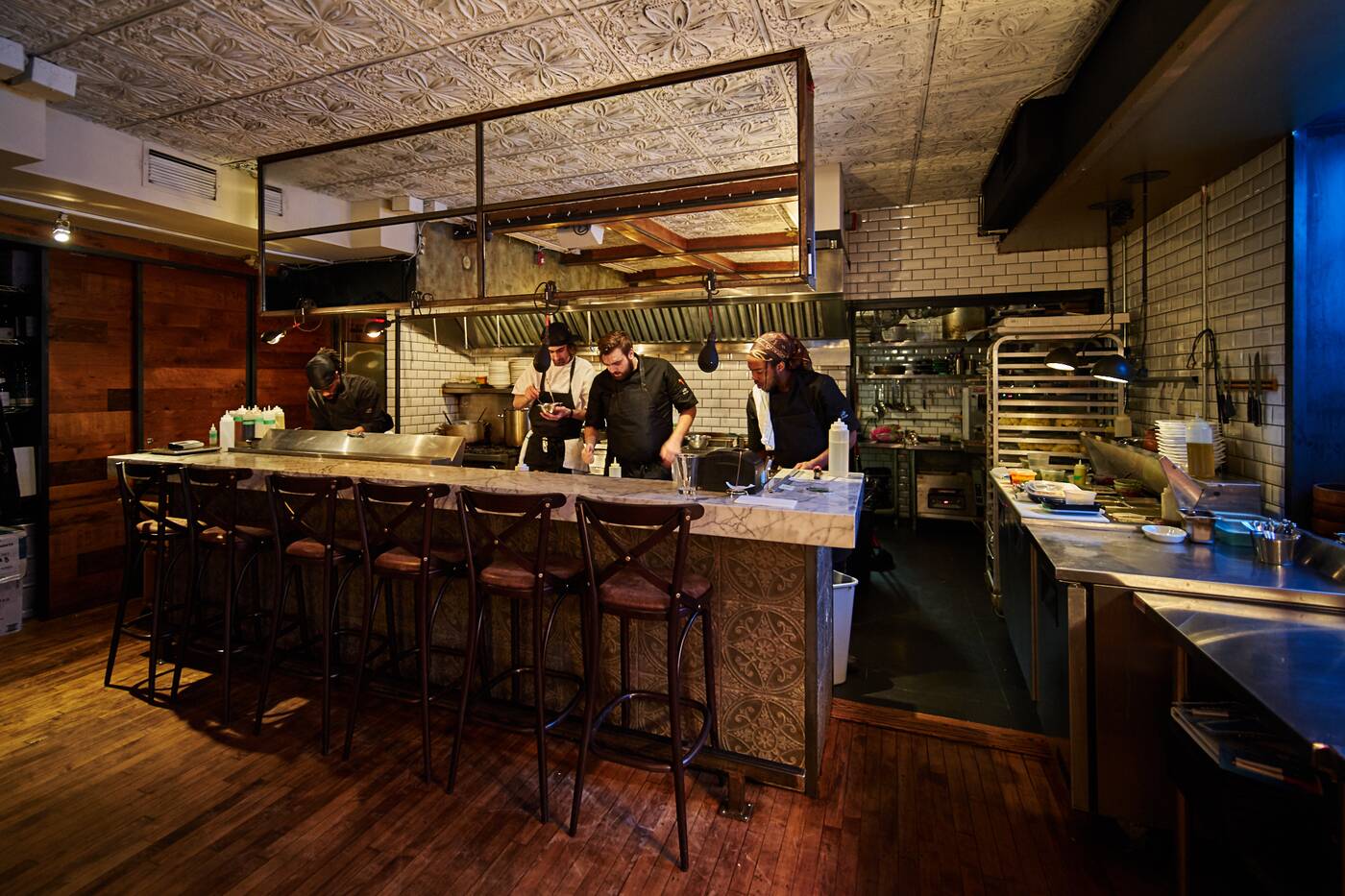 Grab a seat at the small chef's rail on weekends for an ever-changing tasting menu of eight to 10 courses that range between $80 and $100. 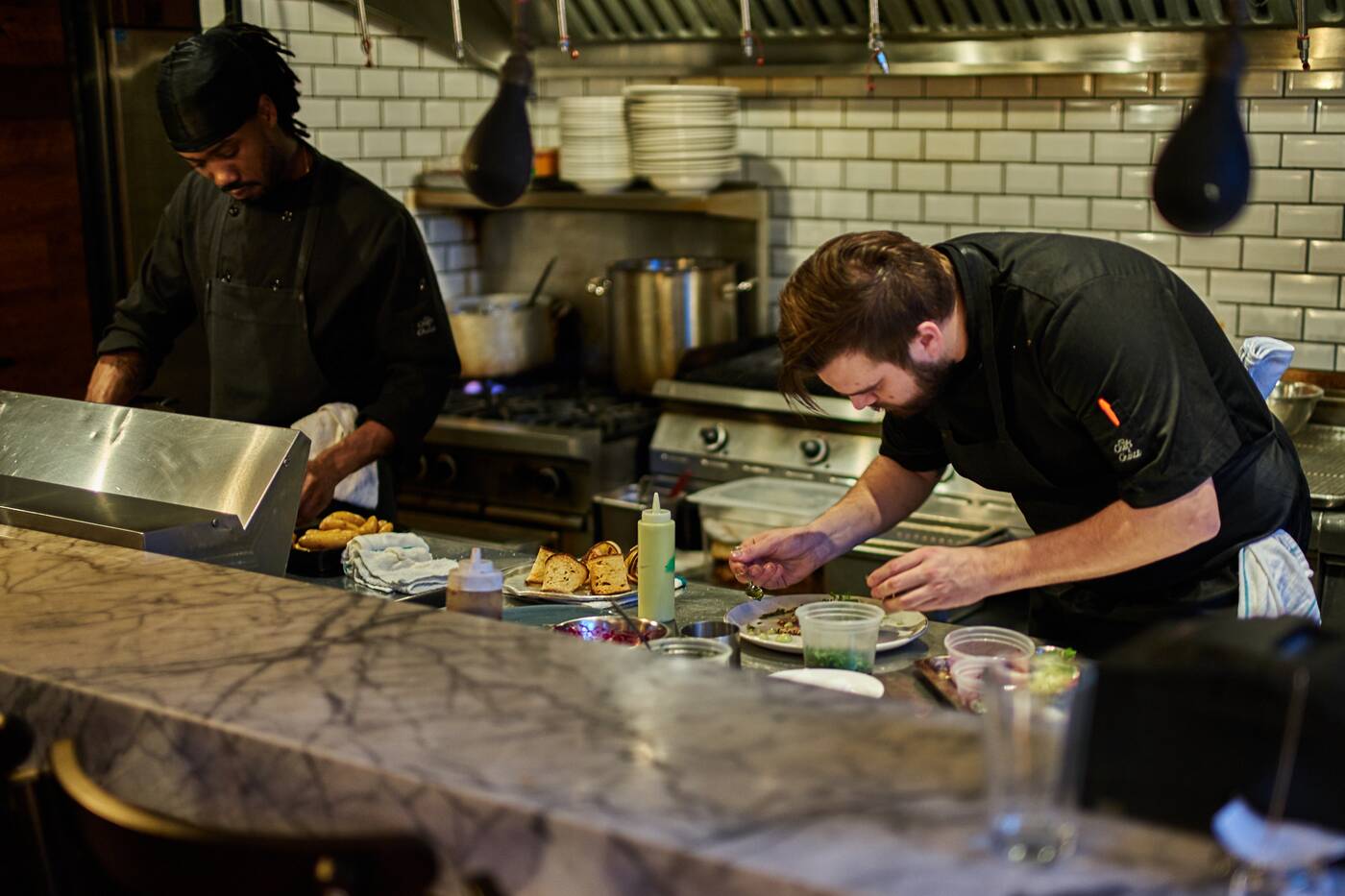 Otherwise, opt for the regular menu, which offers a surprising number of vegetarian dishes that trend more toward light and flavourful than carb-heavy. 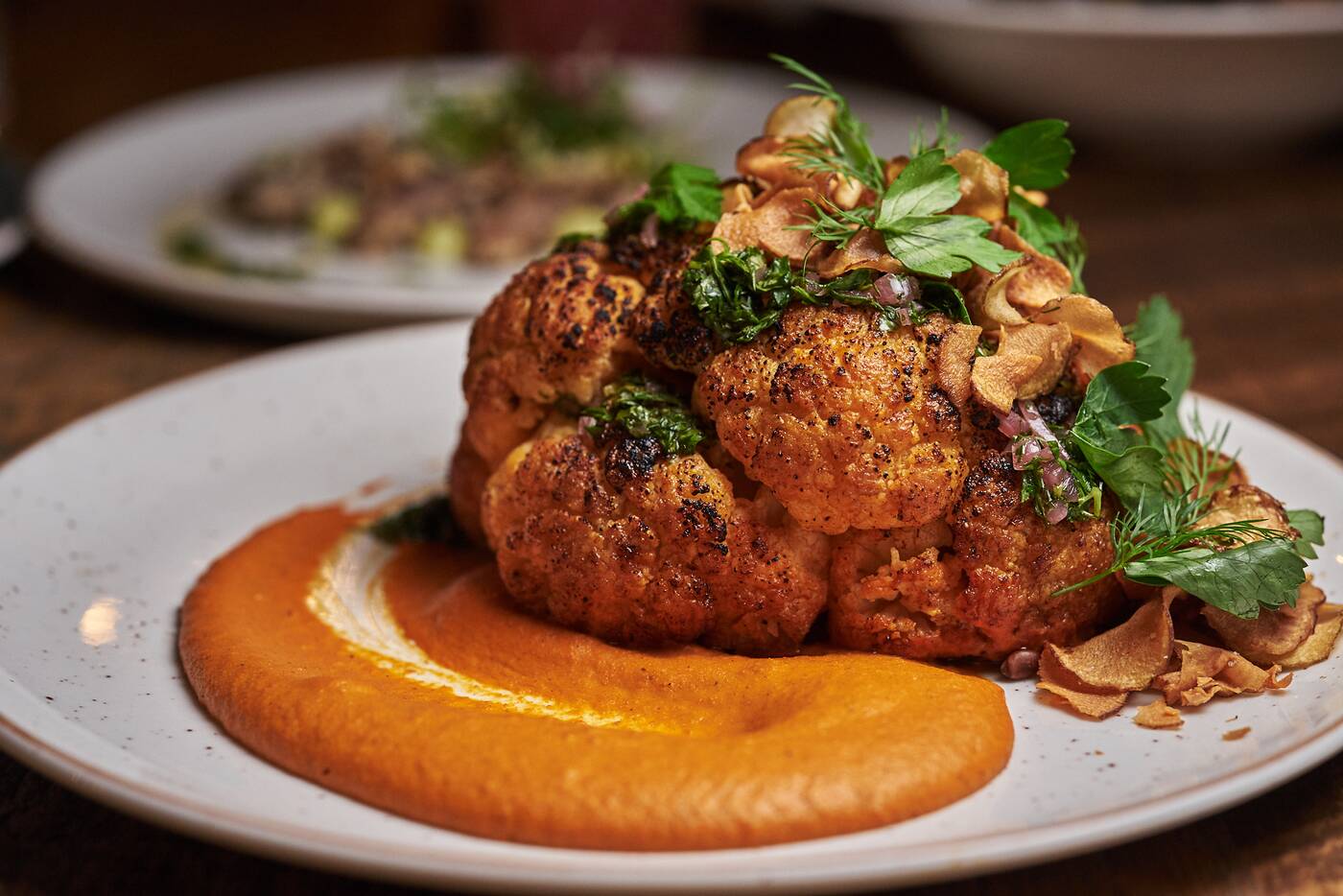 The cauliflower steak ($18) is a vegan dish that offers the head of a cauliflower in its entirety.

The mound comes in a romesco sauce, pine nuts, herbs, and Jerusalem artichoke. It's a hearty and toasted dish that's both healthy and comforting. 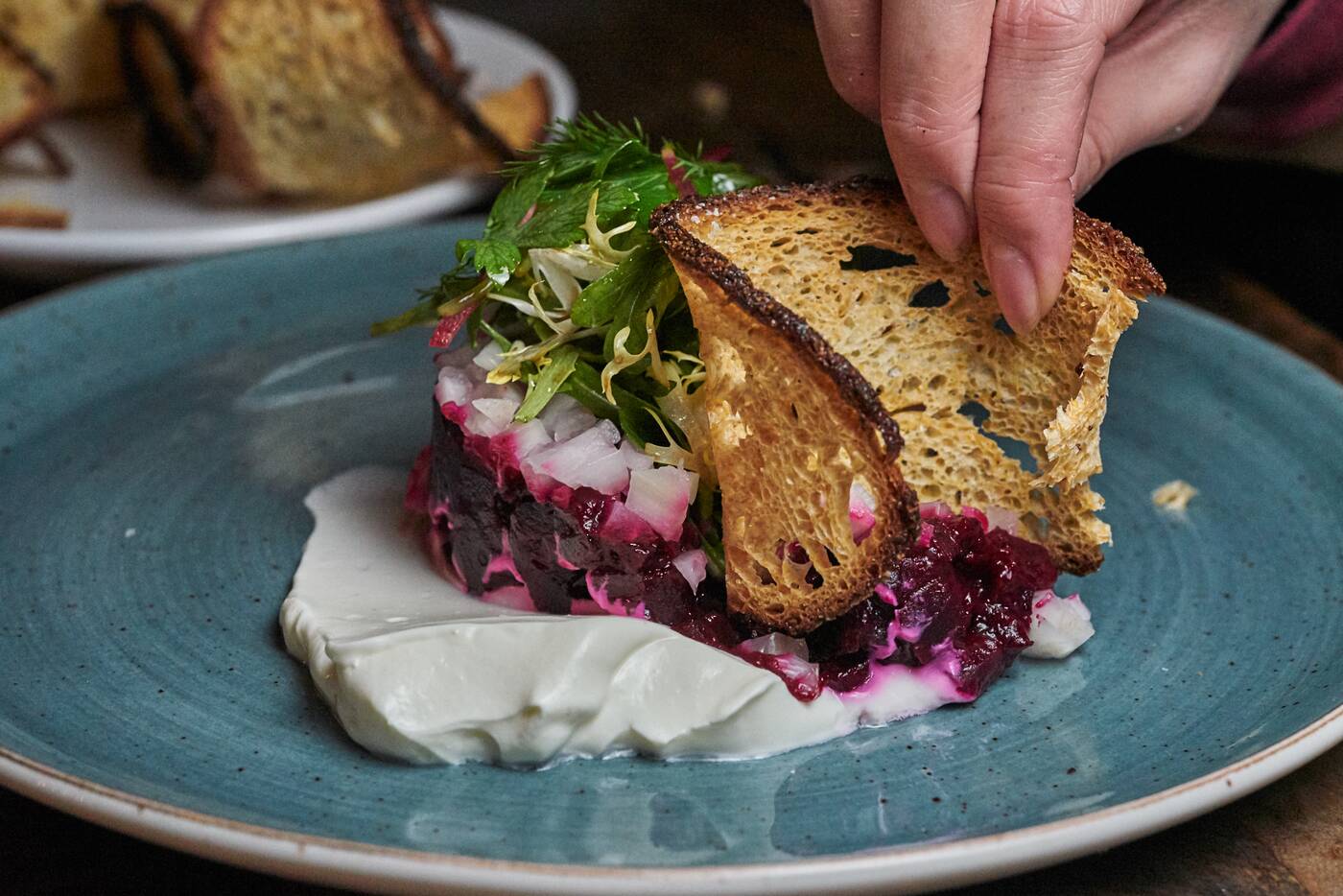 The beetroot tartare ($14) is a fresh take on the classic French steak tartare, using blood-red beets with horseradish creme fraiche and pickled fennel instead. It comes with a side of housemade crostini for scooping. 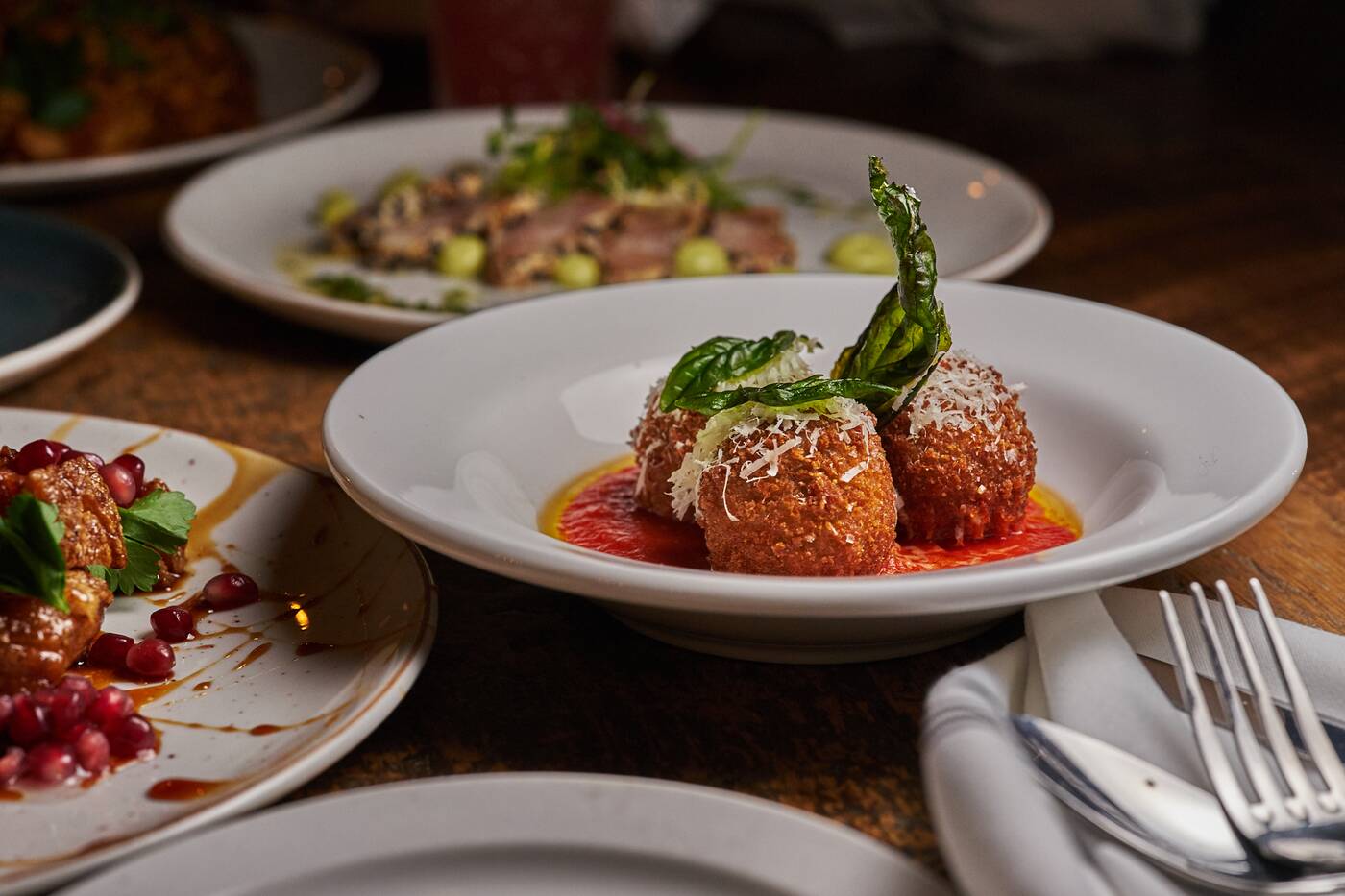 Porcini truffle arancini ($13) is stuffed with risotto that's been cooked in a porcini tea. It's finished with some mozzarella, a basic tomato sauce and fried basil. 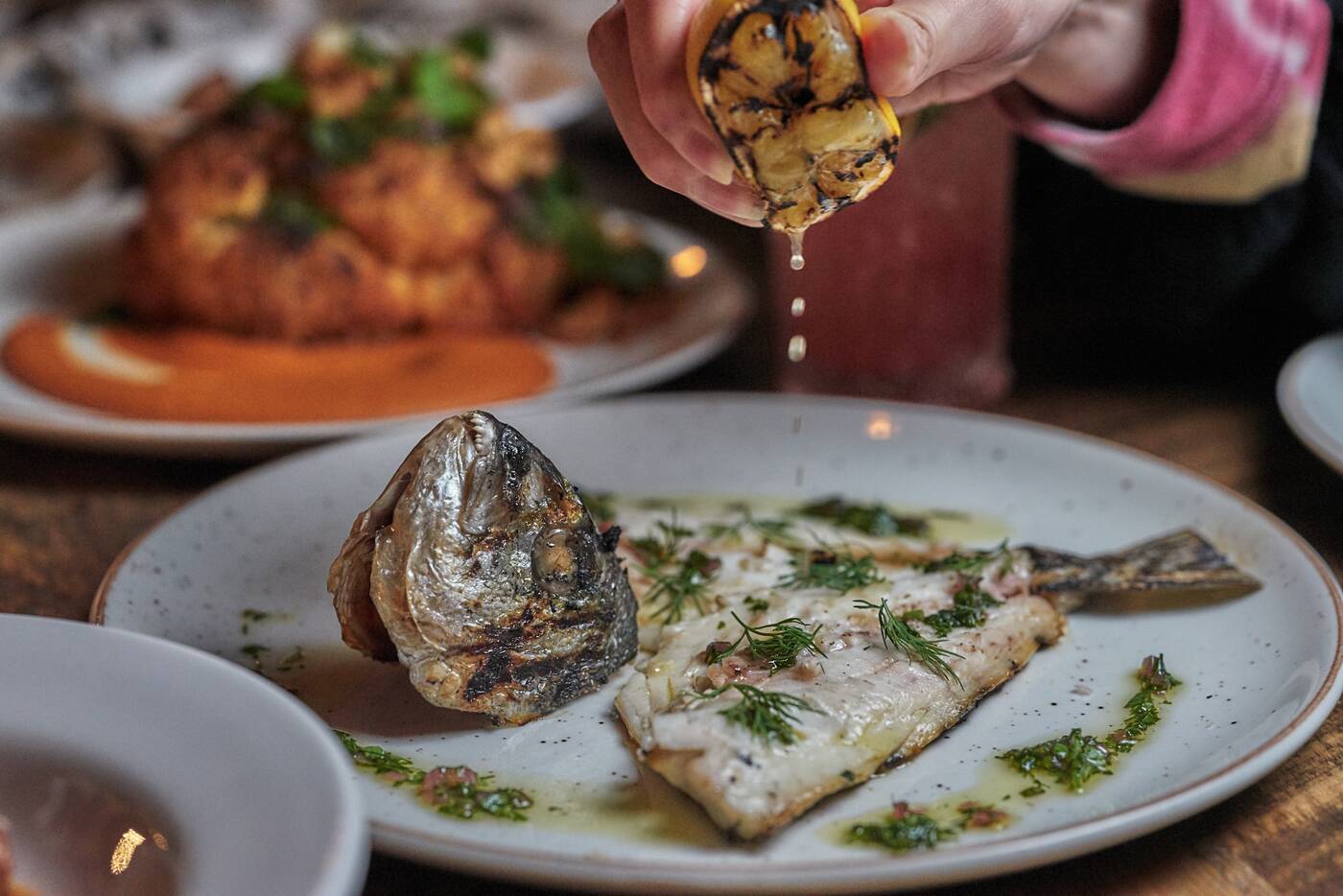 A whole grilled sea bream ($34) is a highlight, arriving simply with a roasted lemon and herbs. 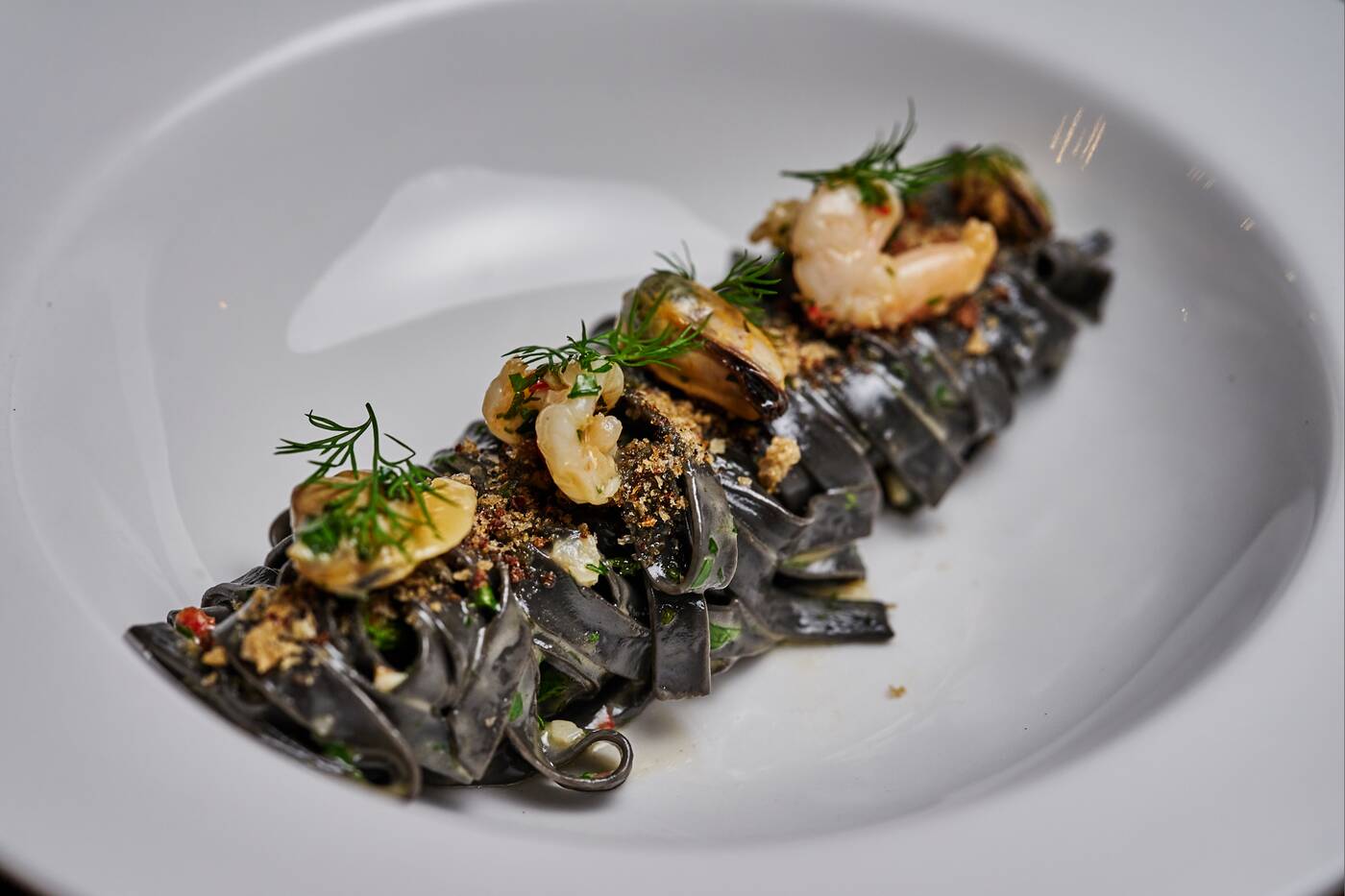 Squid ink tagliatelle is a visual stunner, coming intricately presented with clams, mussels, and shrimp, all twirled together and topped with sourdough crumbs. 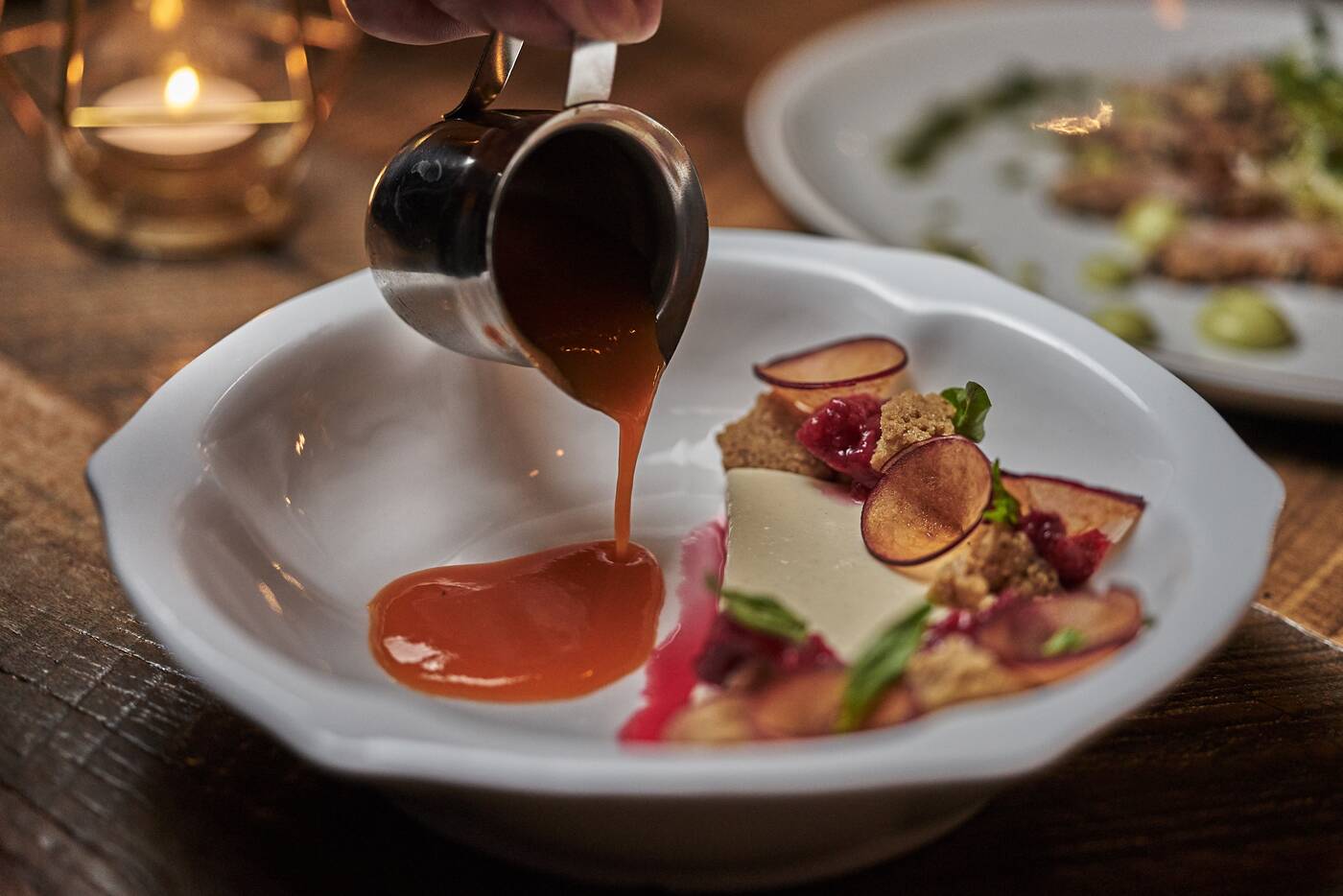 Dessert is the brioche panna cotta ($11), including a self-poured apricot compote with a pretty arrangement of plums. 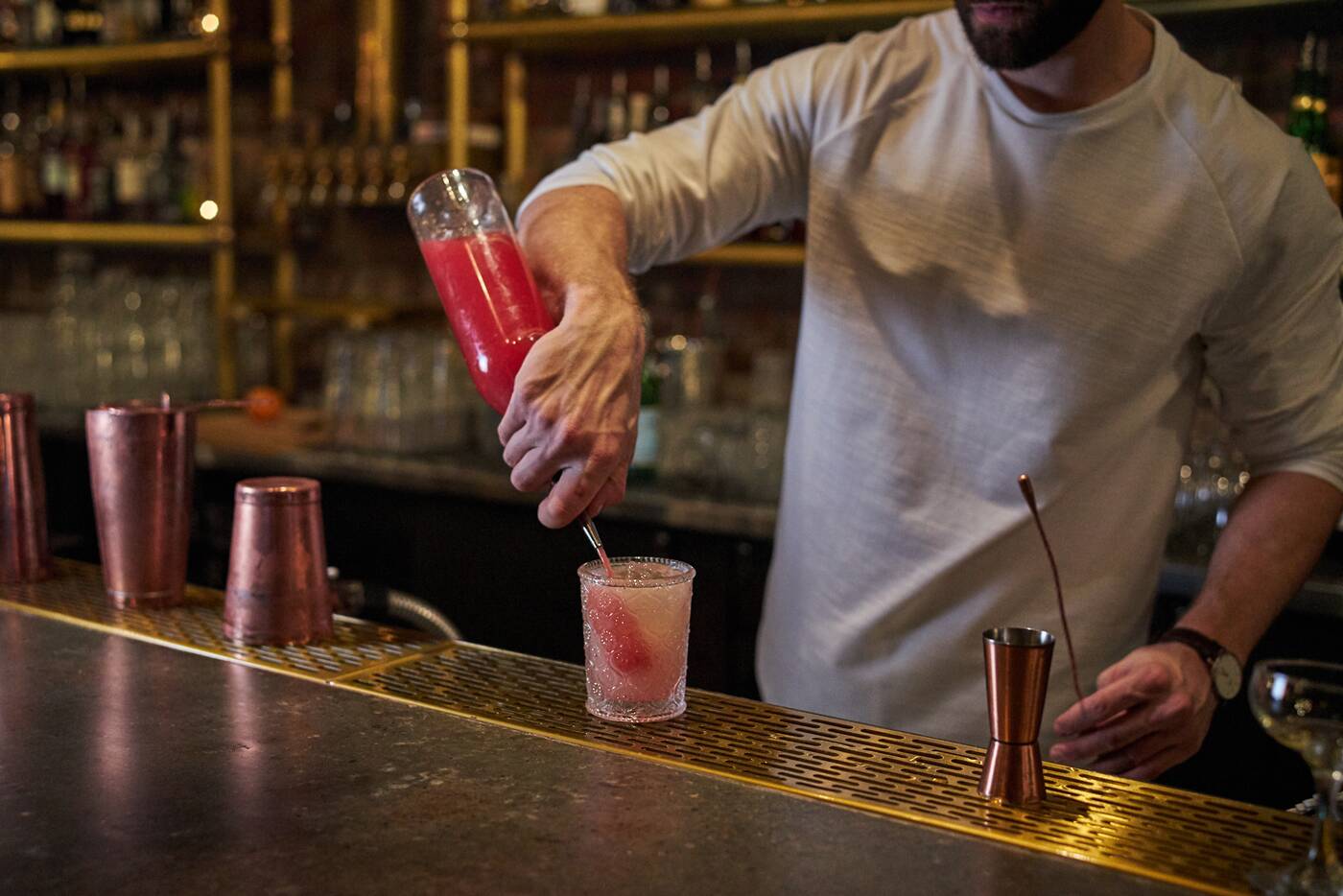 As for drinks, there's a menu of seasonal and classic cocktails from bar manager Mark Mavra that incoporates house-made juices like fresh watermelon juice for the Watermelon Picanté ($14) with tequila and jalapeño. 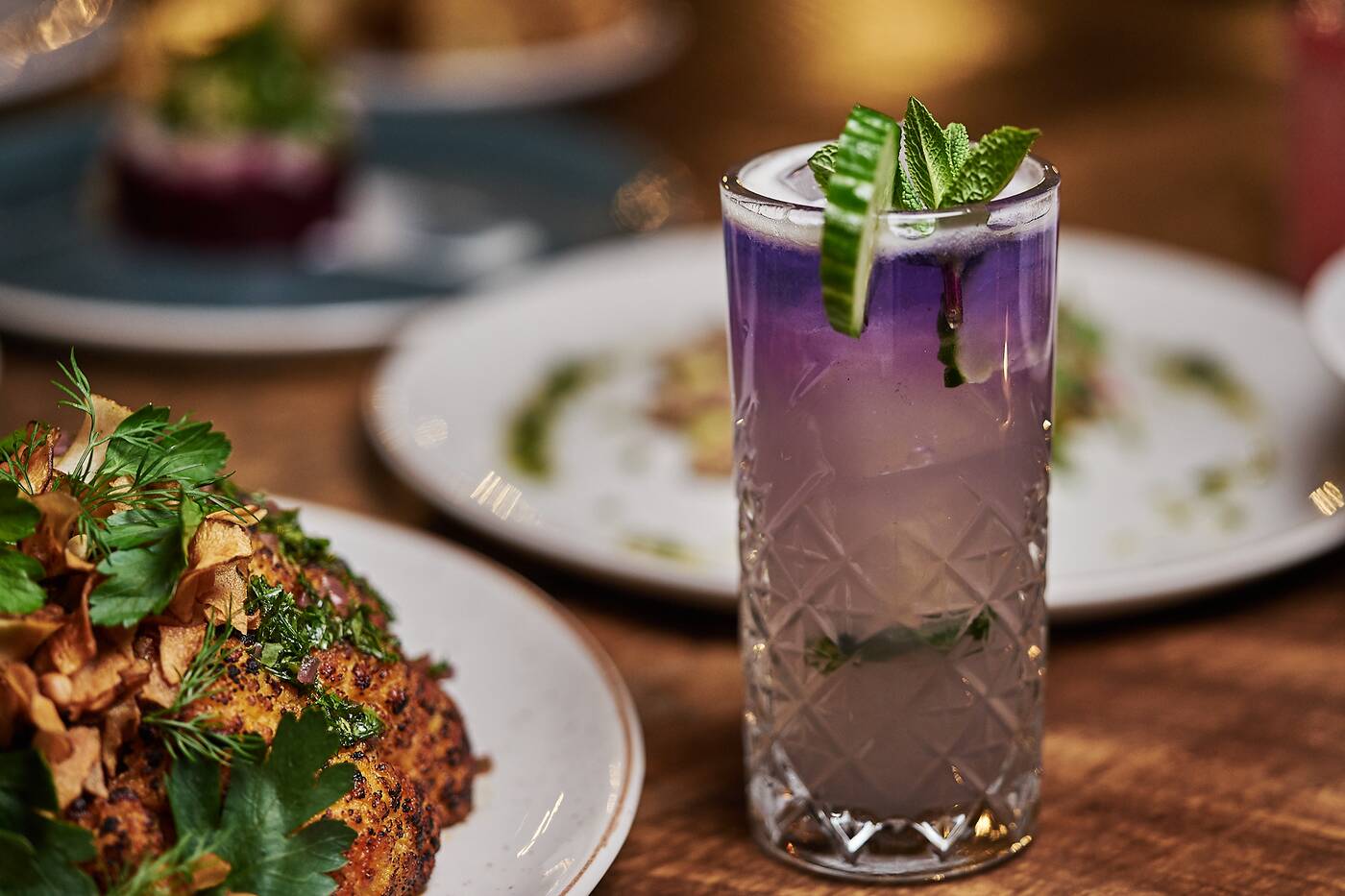 The Mint Cucumber Collins ($14) is a gin drink with lime, mint-cucumber syrup and soda. 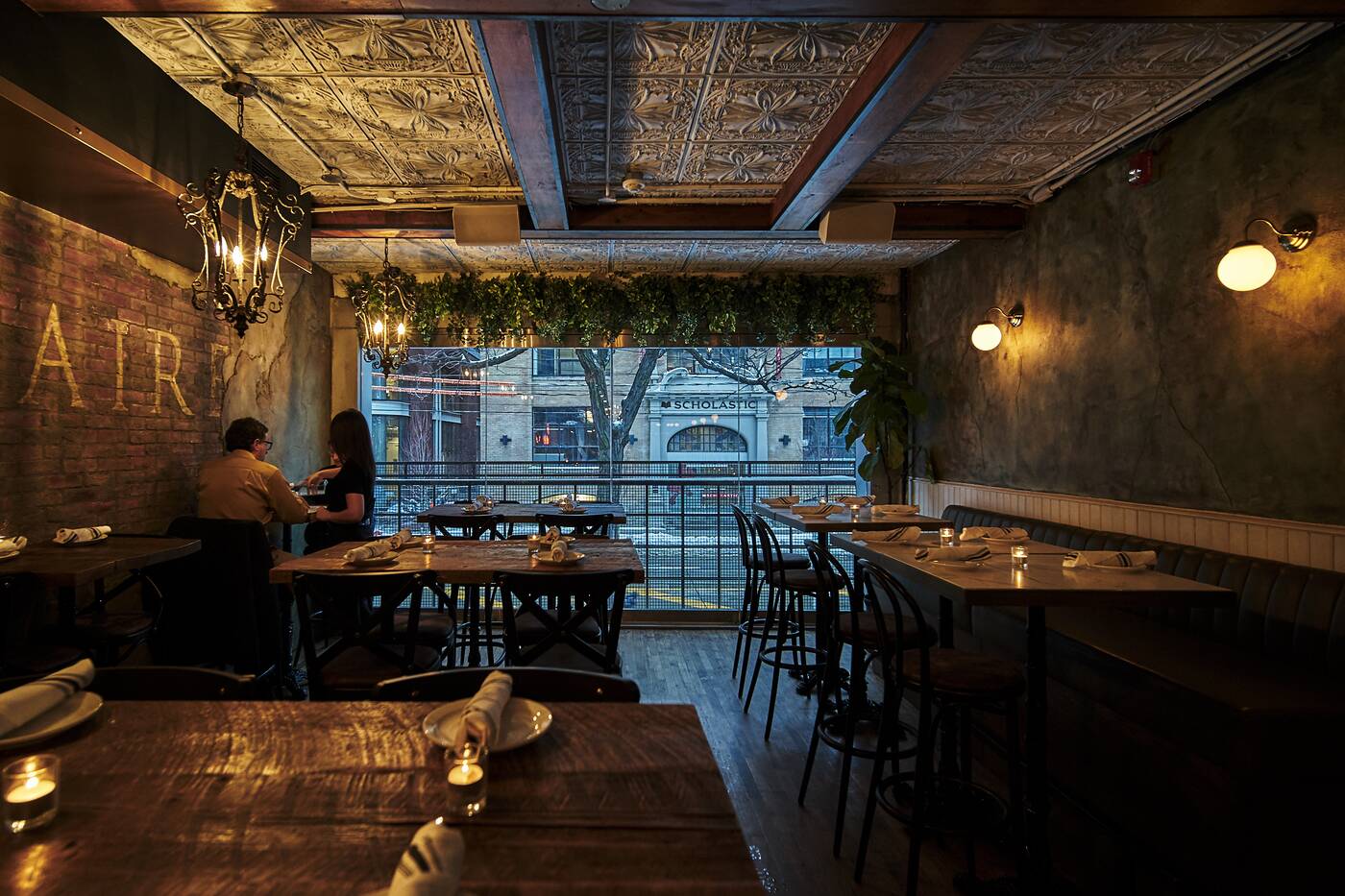 King West restaurants trend toward doing the most, but Laissez Faire definitely exudes a sense of effortlessness for which the French are known. A laidback environment coupled with delicious, clean eats makes for a restaurant worth checking out in the evening. 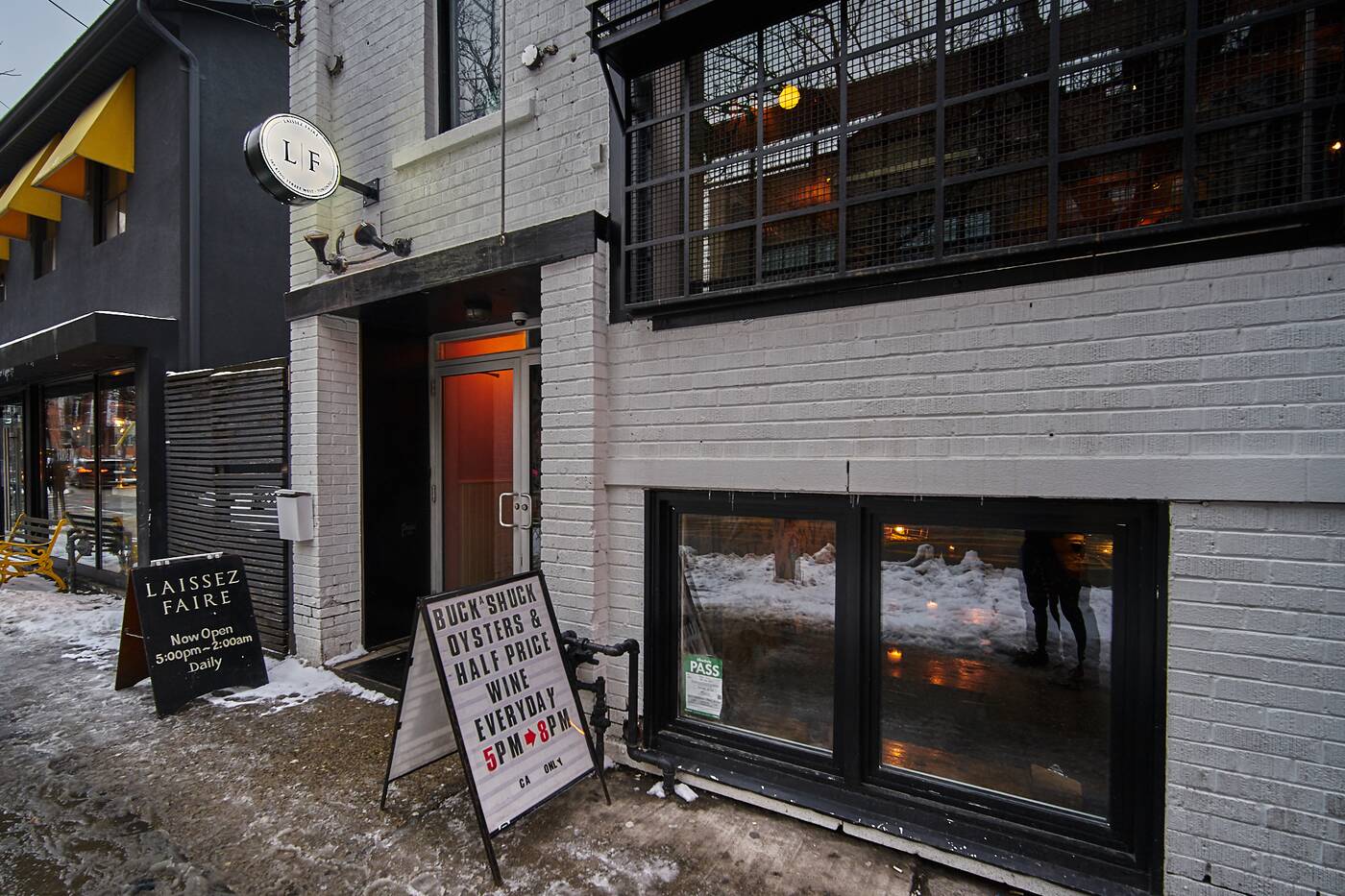