La Saucisserie has taken over the former address of Yours Truly on Ossington immediately south of Dundas. It's a concept, much like Wvrst , devoted to beer and sausages, but it's a family owned and operated business run by first time restaurateurs, brothers Ali and Arash Nash and their wives.

So why sausages and beer? "I love sausages, and he loves beer" Ali replies as he points to his brother. Both are former contractors, and they've refreshed the restaurant themselves with modest improvements like the painted barn board backsplash behind the bar and a re-finished ceiling. 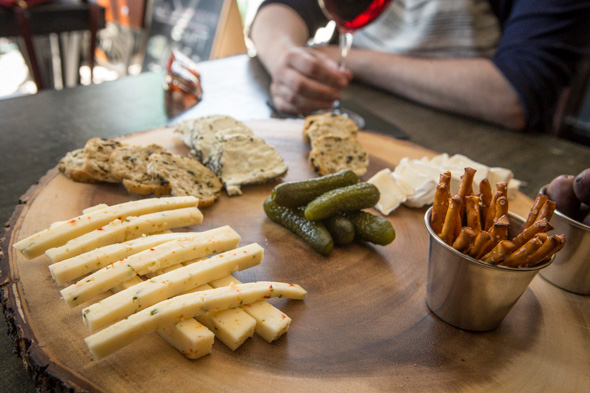 The opening menu is super simple. There are apps like fries ($4), olives ($5), saffron spiced pistachios ($7), and a somewhat uninspiring cheese board ($14), and then, there are sausages, over 15 varieties. There is talk of adding salads and vegan options - which I can understand but don't endorse. 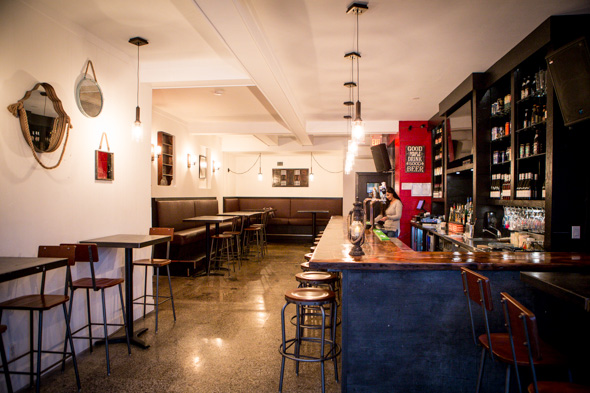 For a place with a French name, the sausages aren't tied to any one region - there's a Barese ($7.50), a Bratwurst ($6.50), and Merguez ($6.50) all listed side by side. One common theme on the menu is that every sausage is fresh, antibiotic-free and locally produced, though only four are made in house while the rest are sourced from various local butchers and sausage makers. 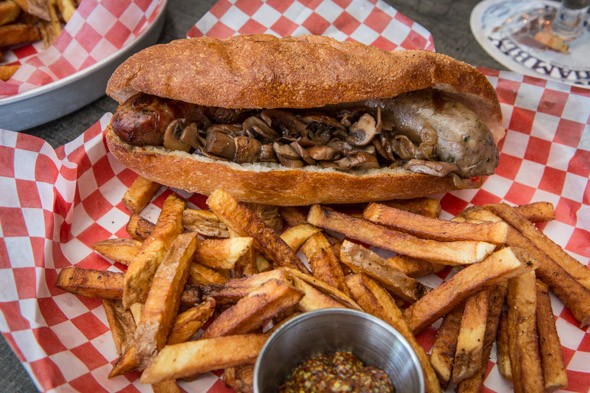 Each sausage is served on a pillowy toasted bun with a choice of two toppings (extras are $1.50 more) such as fried mushrooms, caramelized onions, roasted peppers, sauerkraut and seaweed, as well as a choice of sauce which comes on the side for DIY application. 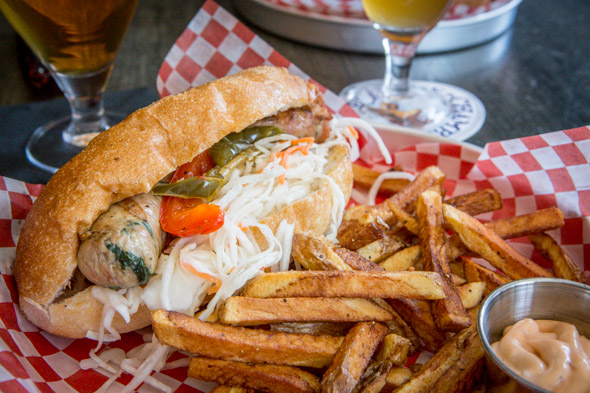 I try the spinat ($7.50), a house-made chicken sausage stuffed with feta and spinach. It's a tad dry, which is an expected trade-off for those that value lean meat over flavour. The bright crisp cabbage slaw on top manages to save it, while the signature sauce (a Sriracha mayo) is nothing to write home about. 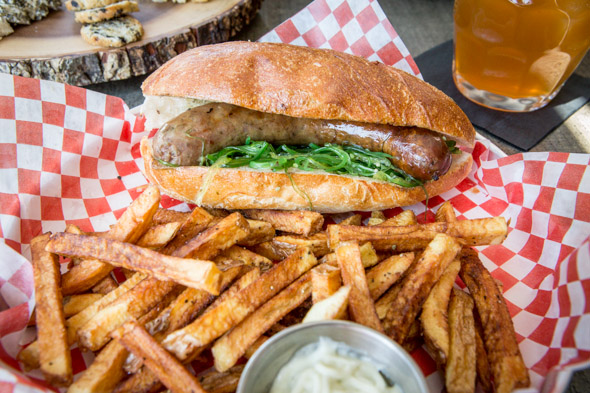 The duck and guinea ($7.50) is a better choice. It's so juicy and succulent - I'd totally order this again exactly as is: topped with seaweed salad and accompanied by a little pot of wasabi mayo. 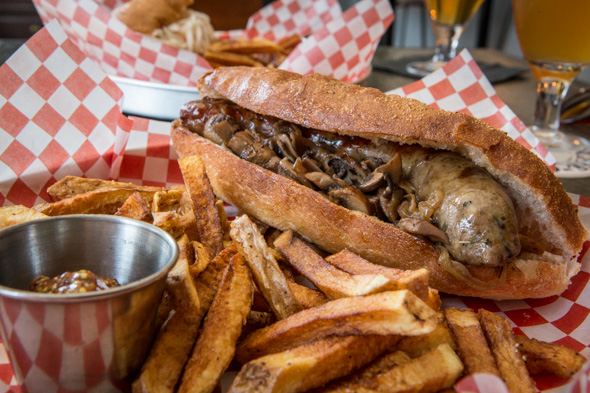 The wild boar ($8.50) is another winning weiner, this time, loaded with deeply caramelized onions and sautéed mushrooms and paired with whole grain mustard on the side. The fries here are nicely seasoned and fill-out this meal, but skip them to take advantage of their $11 special featuring a choice of and solo sausage and pint of beer. 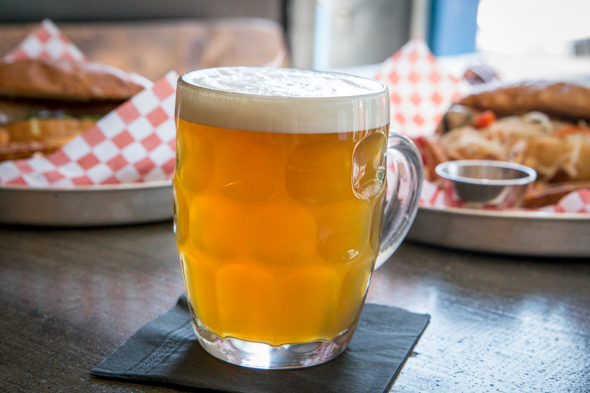 Craft beers are the other main attraction, and you'll find a dozen options on tap, while there are an additional 28 Canadian brews by the can or bottle as well as 15 imports. Beer aficionados will appreciate that each is served in its intended glassware and serving sizes are listed on the menu. Highlights (for me anyway) include Blanche De Chambly sold $8 for 19oz, plus Sawdust City's Lone Pine for $6.50 per 16oz. 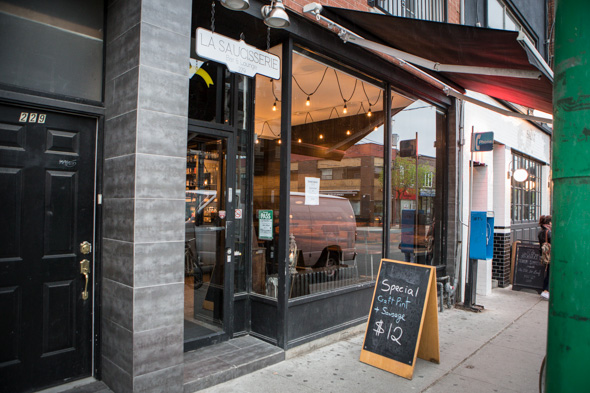