Eastbound Brewing Company is currently open but their offerings and services may be affected due to the pandemic. Please contact the business directly for more information about any changes. Is this your business? Please contact us if you would like to update this message.

Eastbound Brewing Company is a beer hall, brewery, bottle shop and brewpub. A menu designed by Chef Tara Lee elevates bar food to the level where you don’t feel like you’re making concessions just to be in a bar environment.

Snacks and dinners are on deck in addition to their own house-made brews, though in the first couple days of opening guest taps were rotating instead of their own in-process beer. 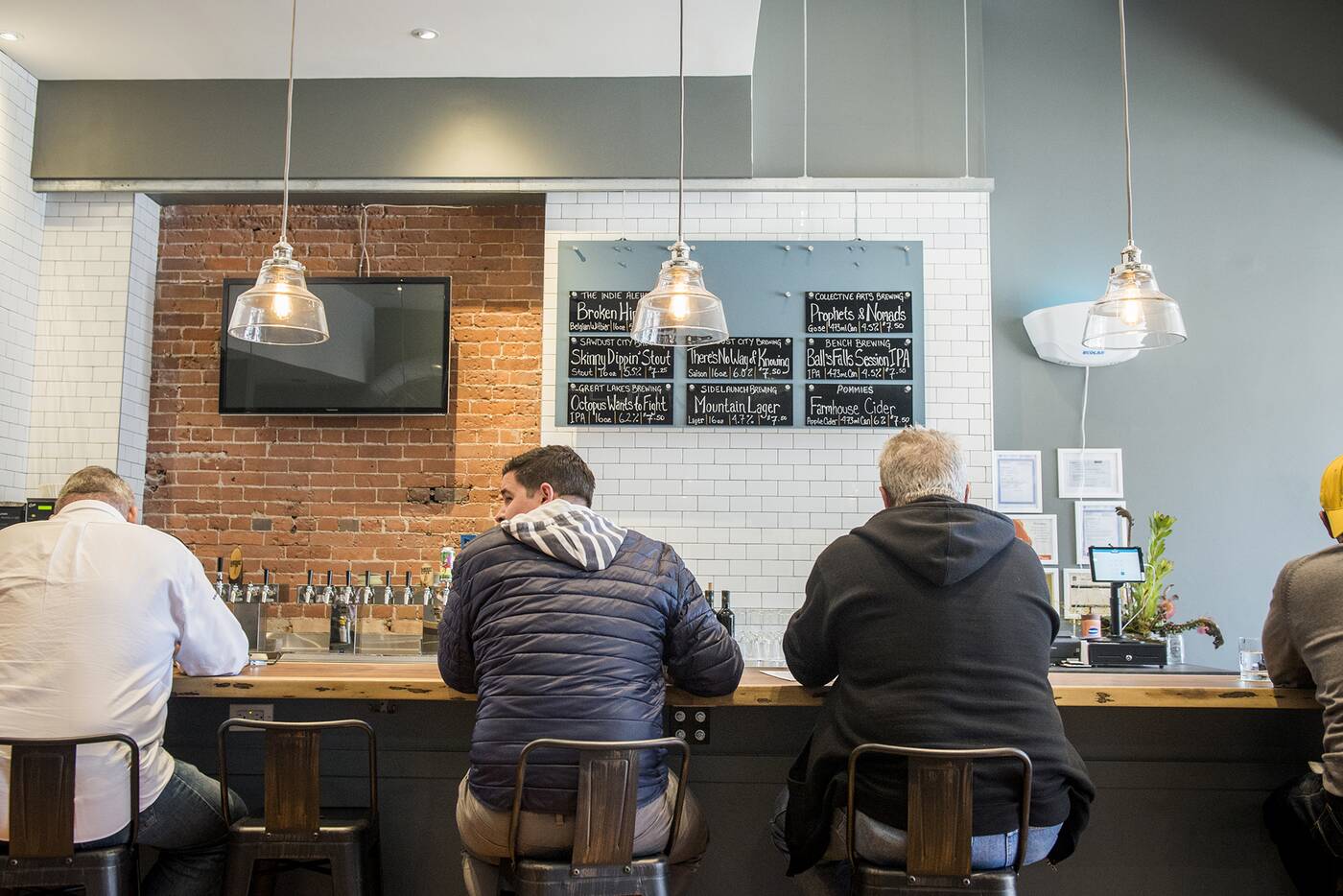 I’m proud to say this space is impressively accessible, all-gender washrooms behind space-saving and easy to use sliding doors, the entire space level from entrance to table to brewery all the way through. 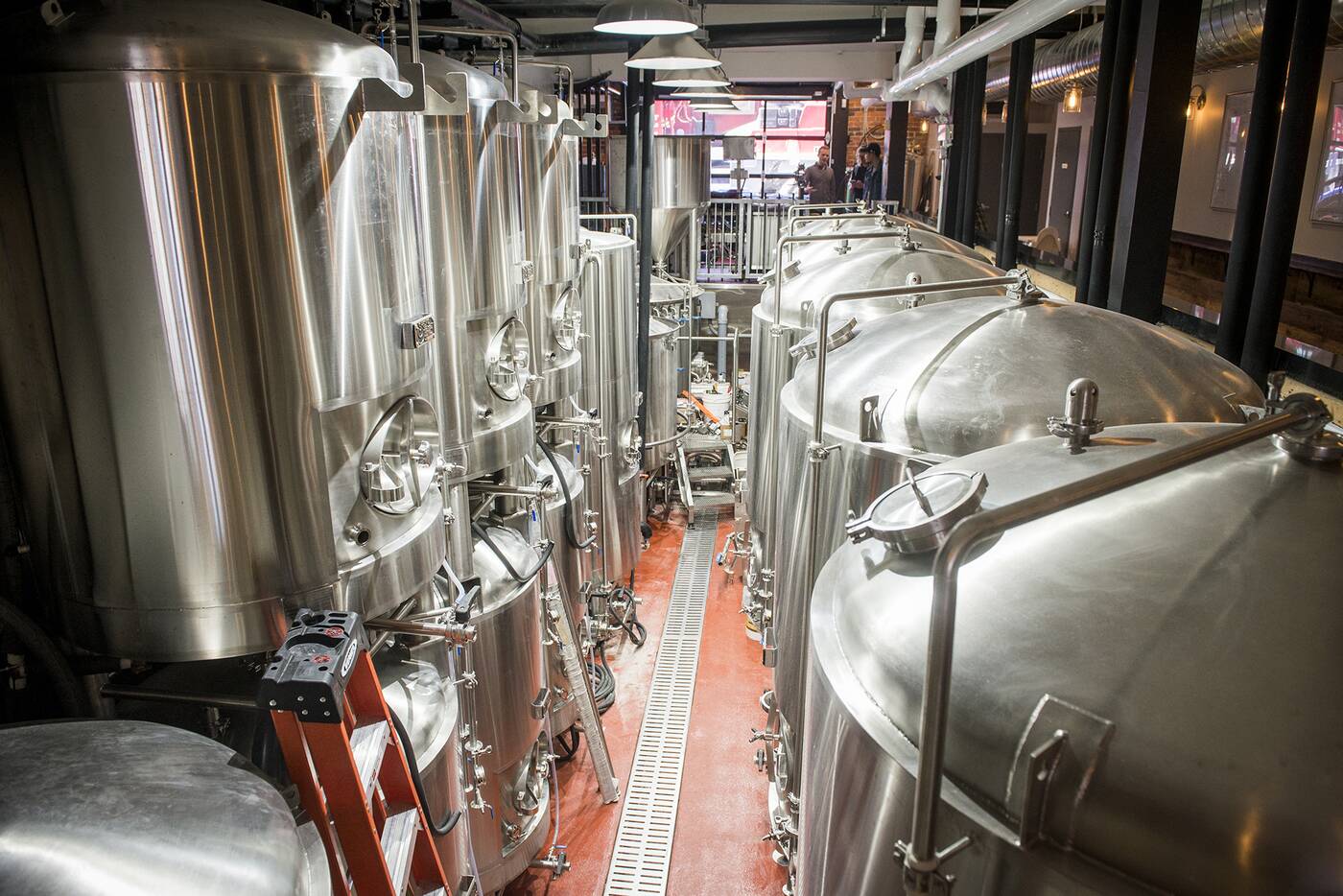 Their own beer is sold in shorter 12-ounce cans and 32-ounce canned "crowlers" filled and sealed with a seamer on request, unlike many combo brewery/brewpub/bottle shops that only offer larger bottles, tall cans, or growlers. 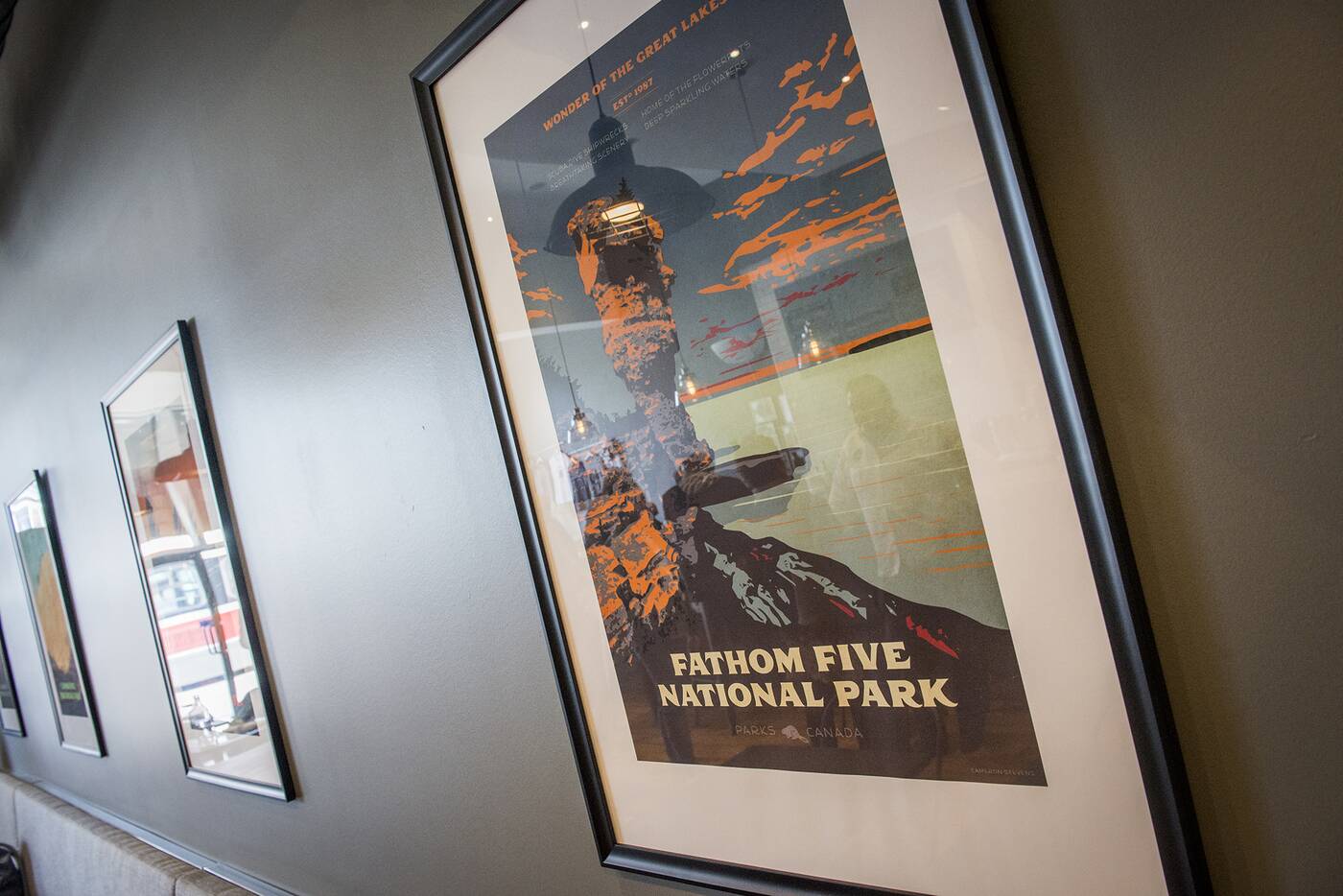 The clean decor is highlighted by posters featuring Canadian locations and national parks. 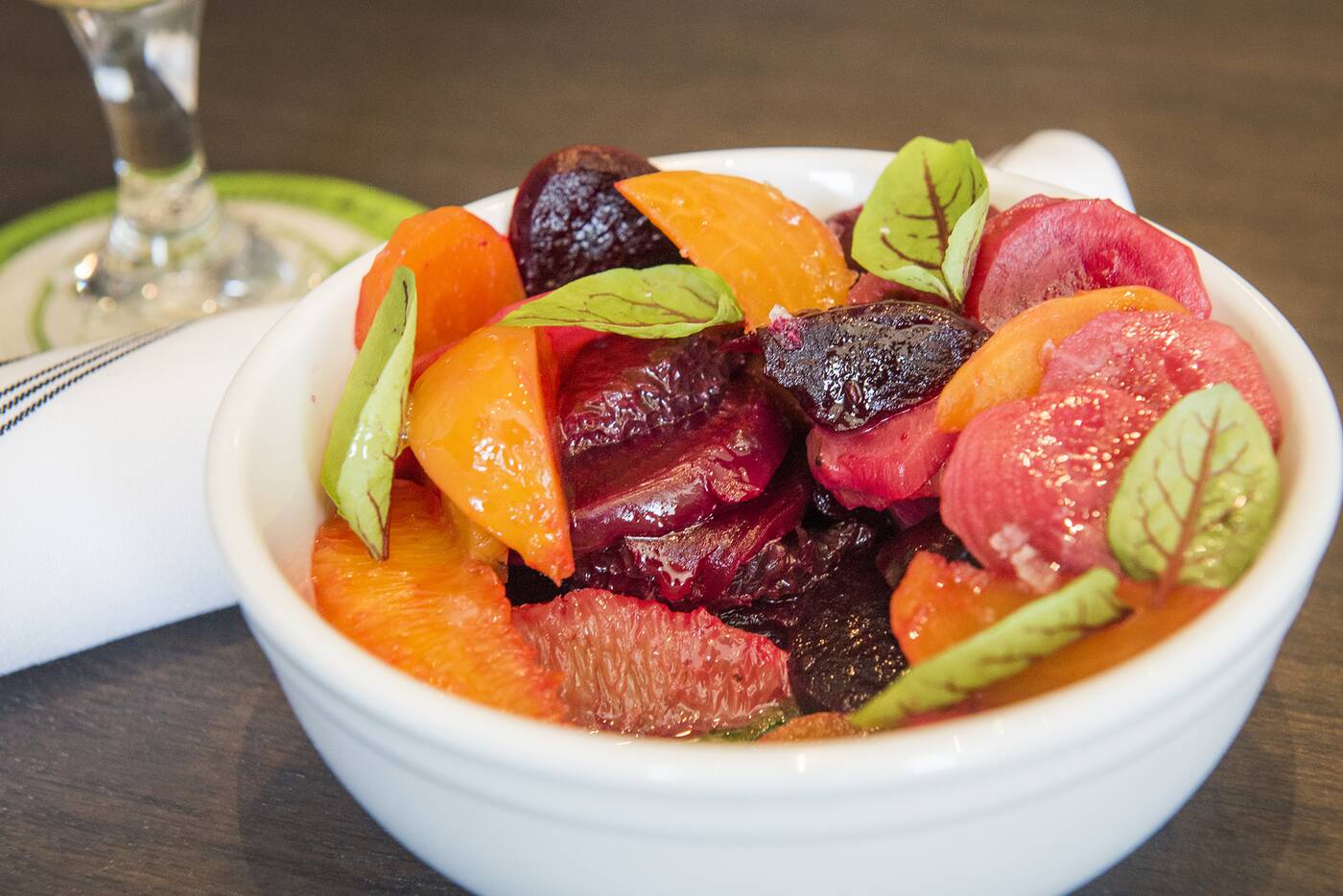 A beet and citrus salad ($8) incorporates several types of beets and citrus, the juiciness from the fruit helping out the tart earthiness of the root veggies. I love the combo but I’m not sure the walnut pesto it’s served on top of jives. It’s tossed in lemon juice and salt and garnished with sorrel leaves. 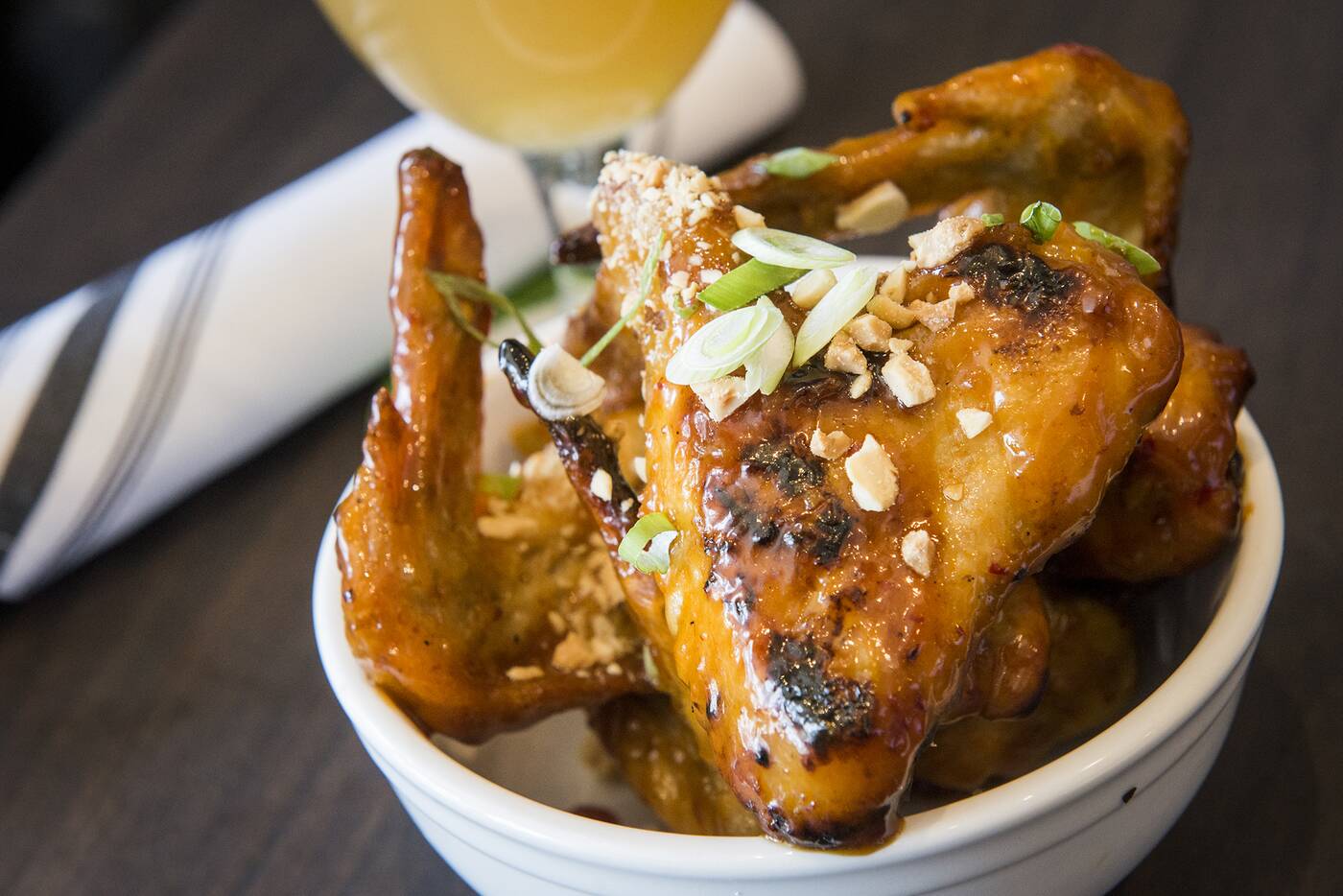 Chicken wings ($12) with a spicy-sweet chili ancho glaze are served whole instead of separated into drums and flats. This gives you extra meat for your buck, especially that crispy wing tip. Scallions and peanuts give this messy, sticky dish an extra hit of flavour and elevation. 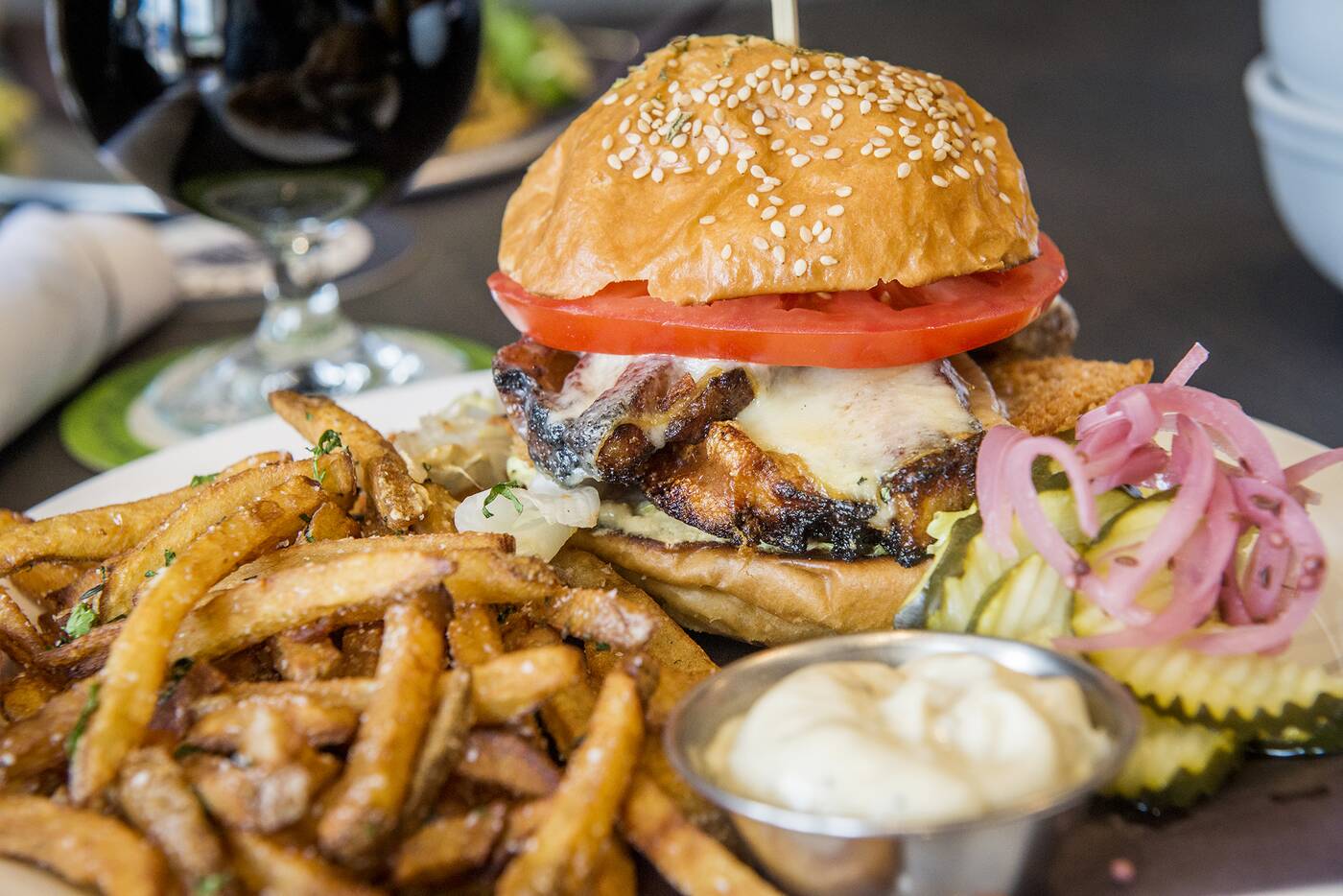 The pork belly sandwich ($16) is one of several strong sandwiches. Crispy fried cheese instantly ups the game, and dijon, lettuce and tomato finish off the melt-in-your-mouth belly served on a soft, sesame-topped bun and accompanied by golden seasoned fries and house pickled zucchini and red onion. 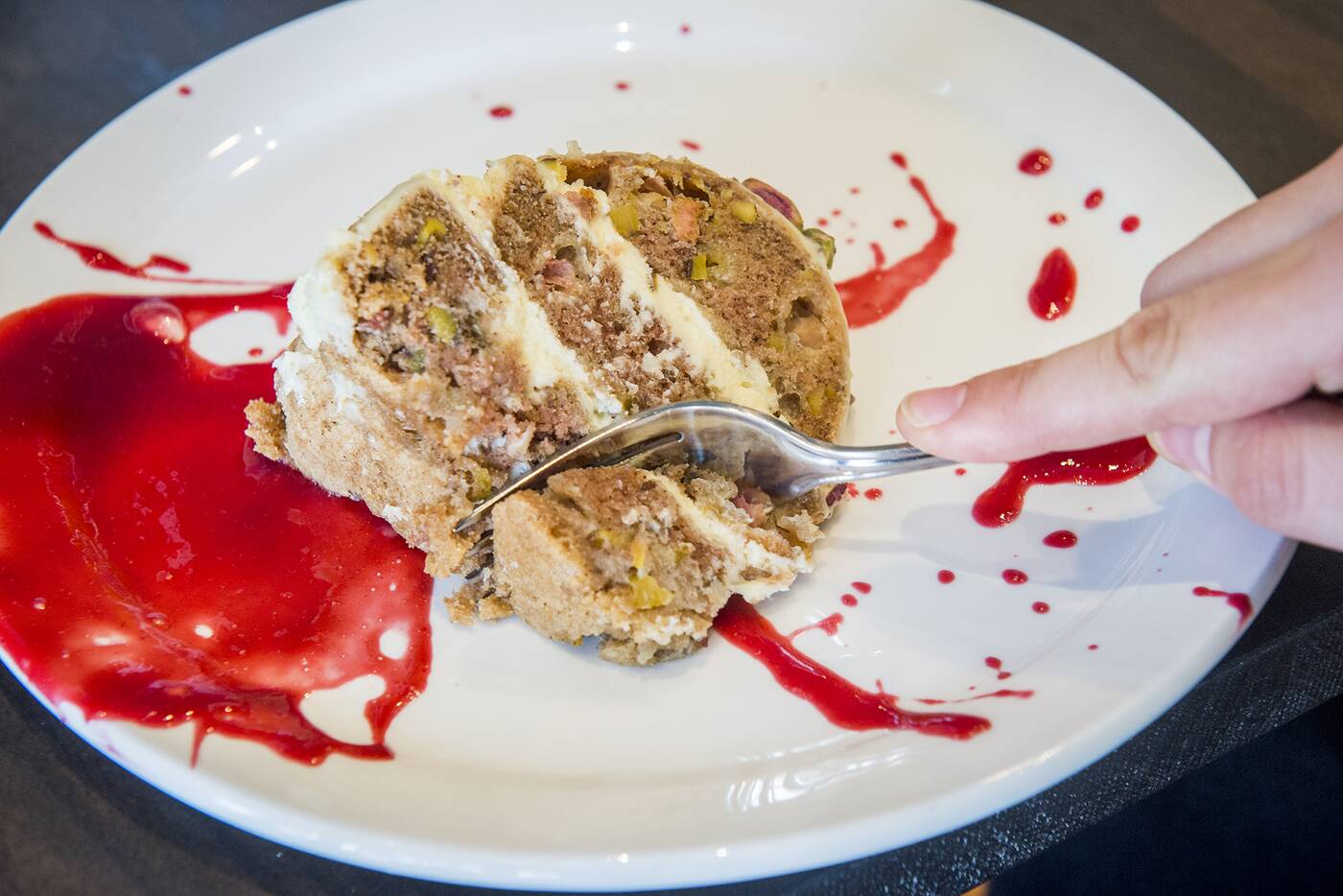 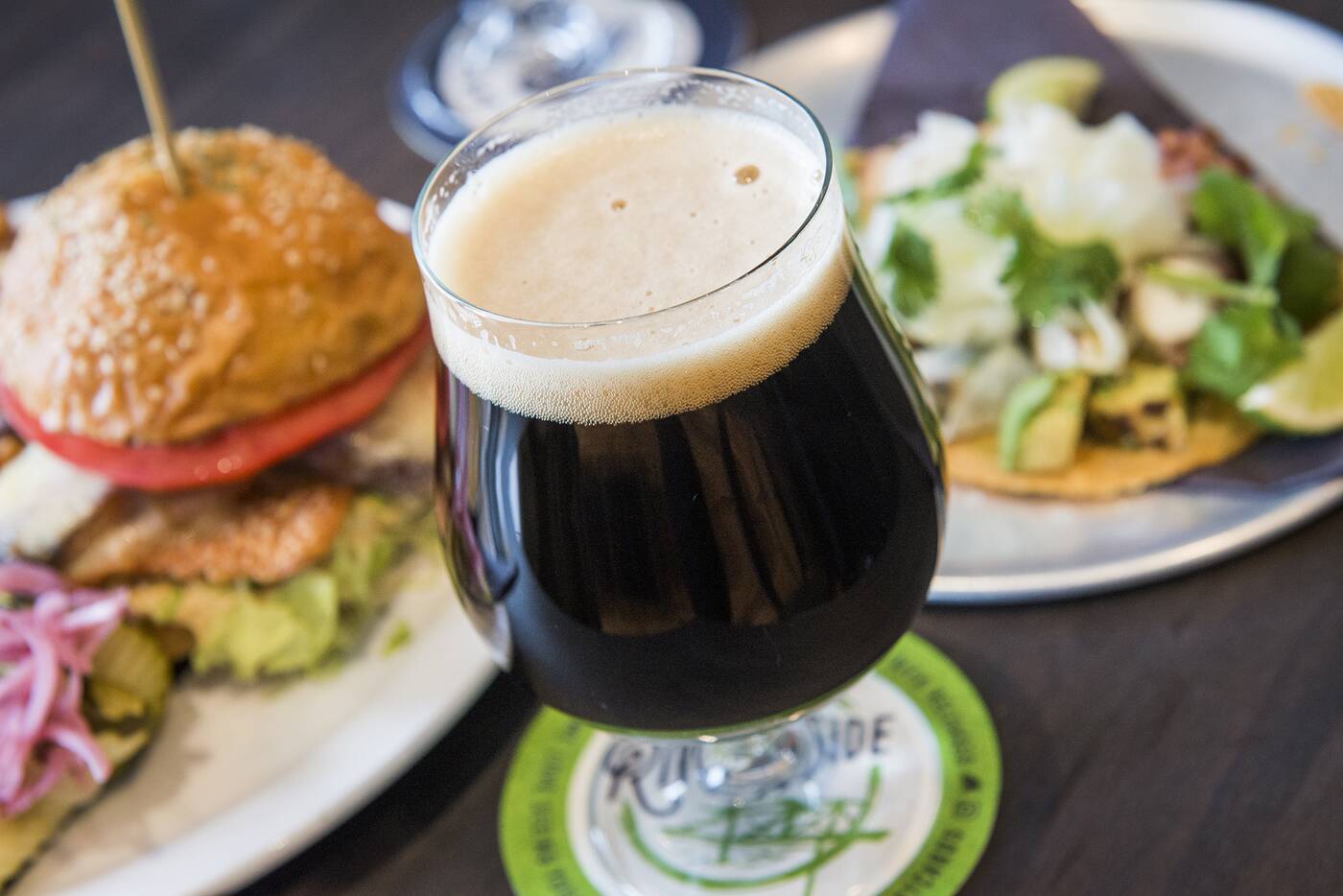 In lieu of their own beer offerings, there was a Sawdust City Skinny Dippin’ Stout ($7.25) a surefire winner for those that really love that bitter stout taste. 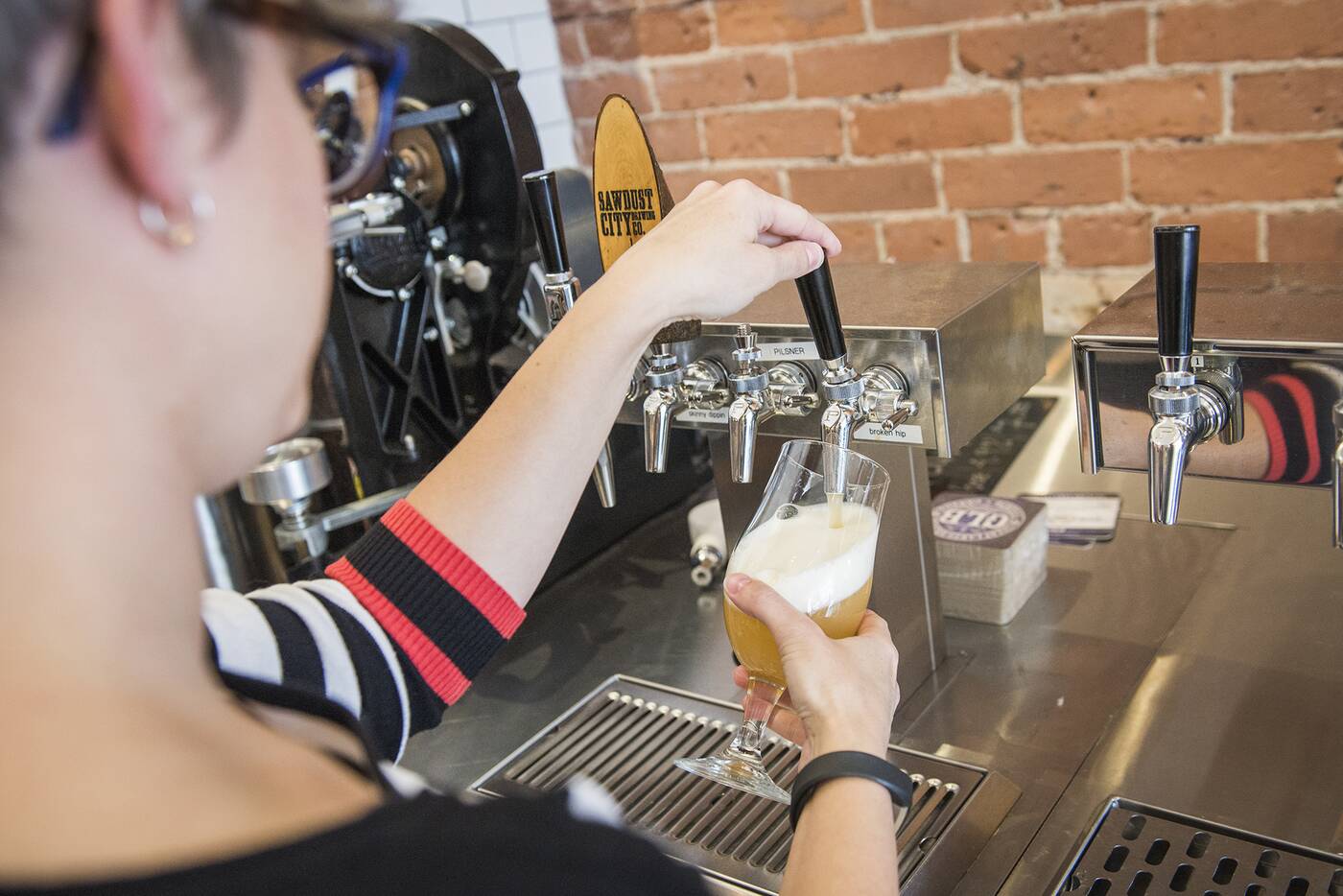 Another guest tap was the Indie Alehouse Broken Hipster ($7.50) a favourite of mine for its crushability at 5% ABV and touch of haze. 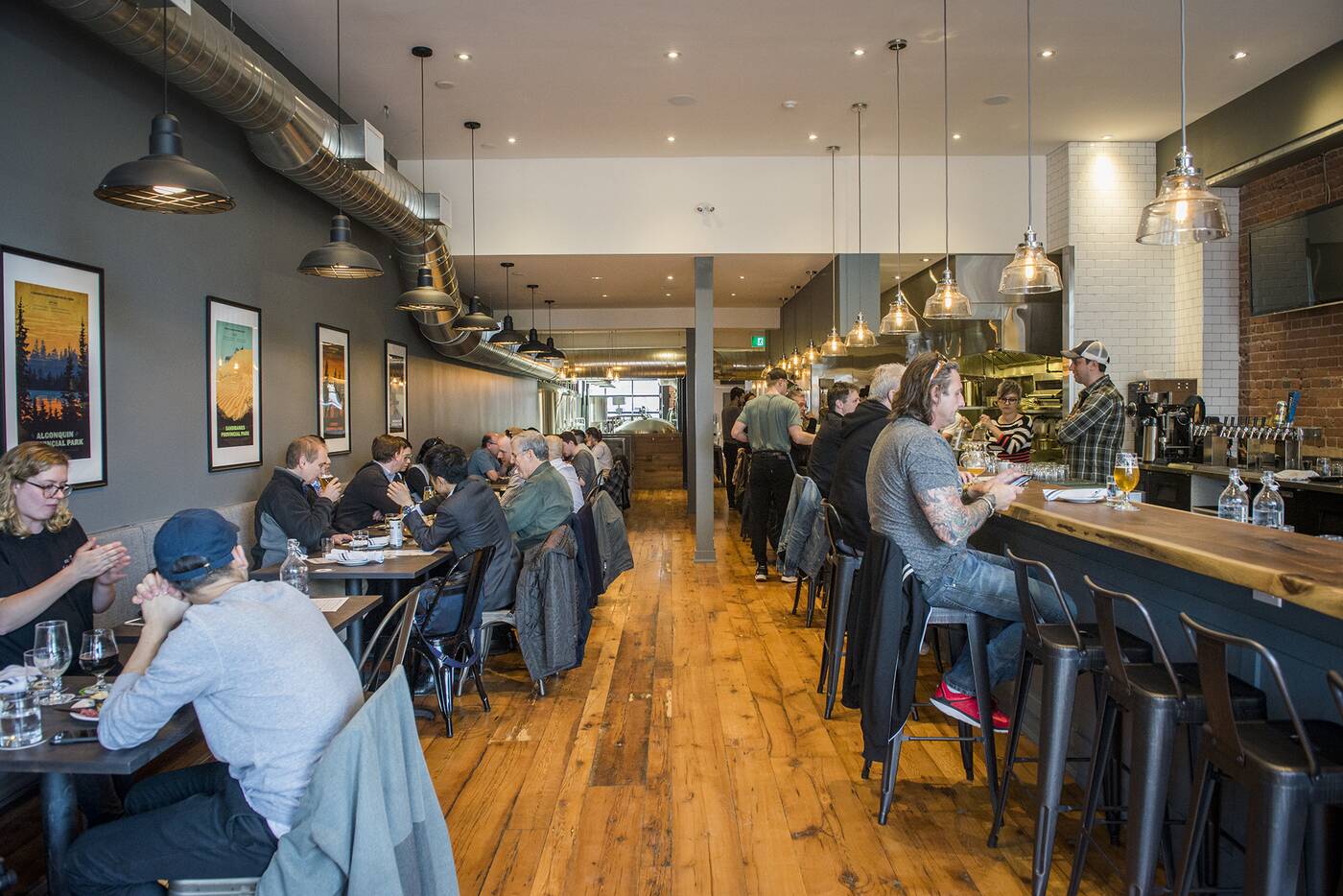 It’s a simple spot, with high ceilings, a long bar, and plenty of seating and hooks for coats and bags. Though I didn’t get a chance to sample the house-brewed beer during my visit, I’m looking forward to tasting it. Eastbound appears to be a solid addition to the already thriving Riverside community. 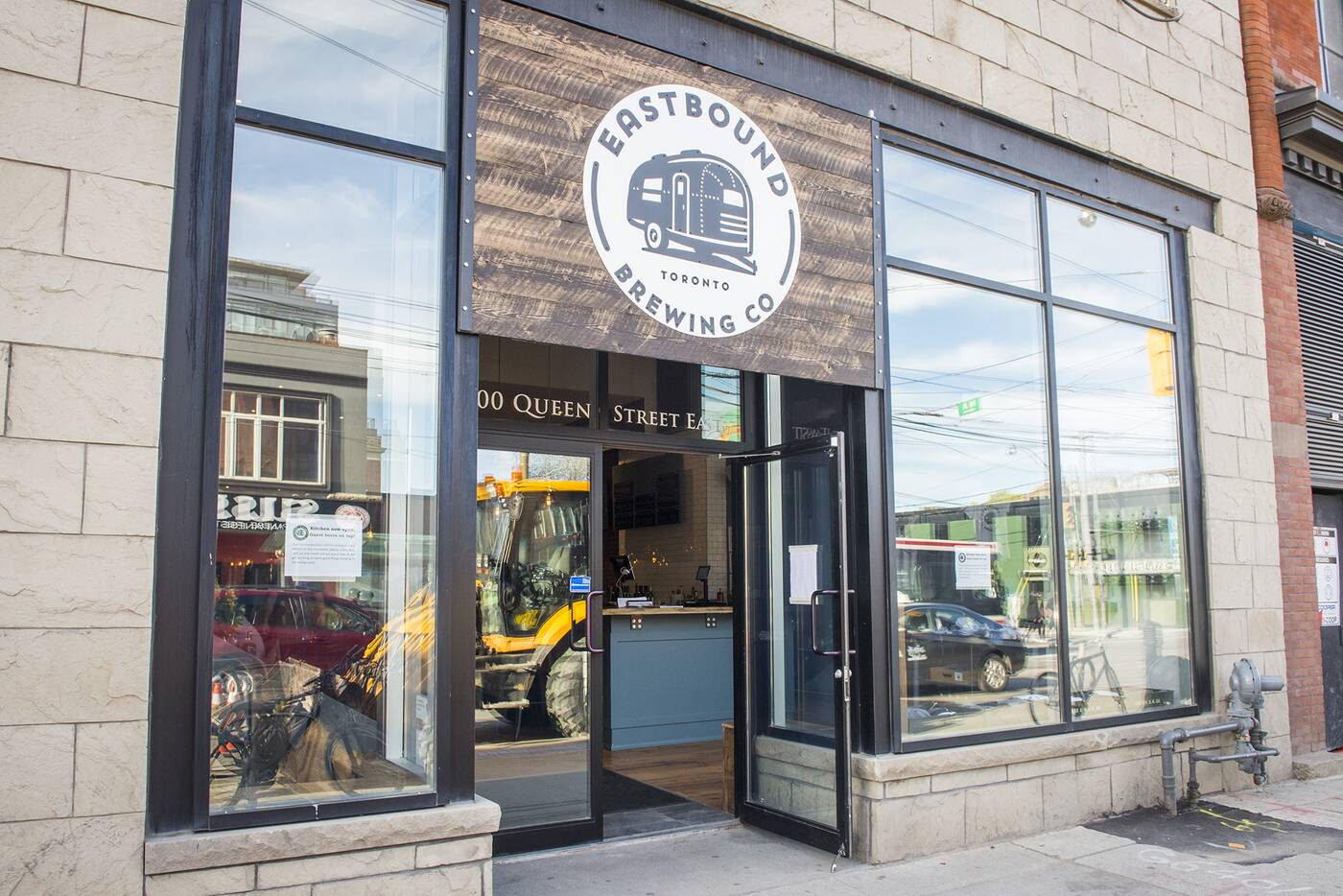