The teenage dishwasher turned Culinary Institute of America graduate has also been part of a few restaurant ventures throughout his 35-plus year career including a fast-food chicken joint, The Chickery. 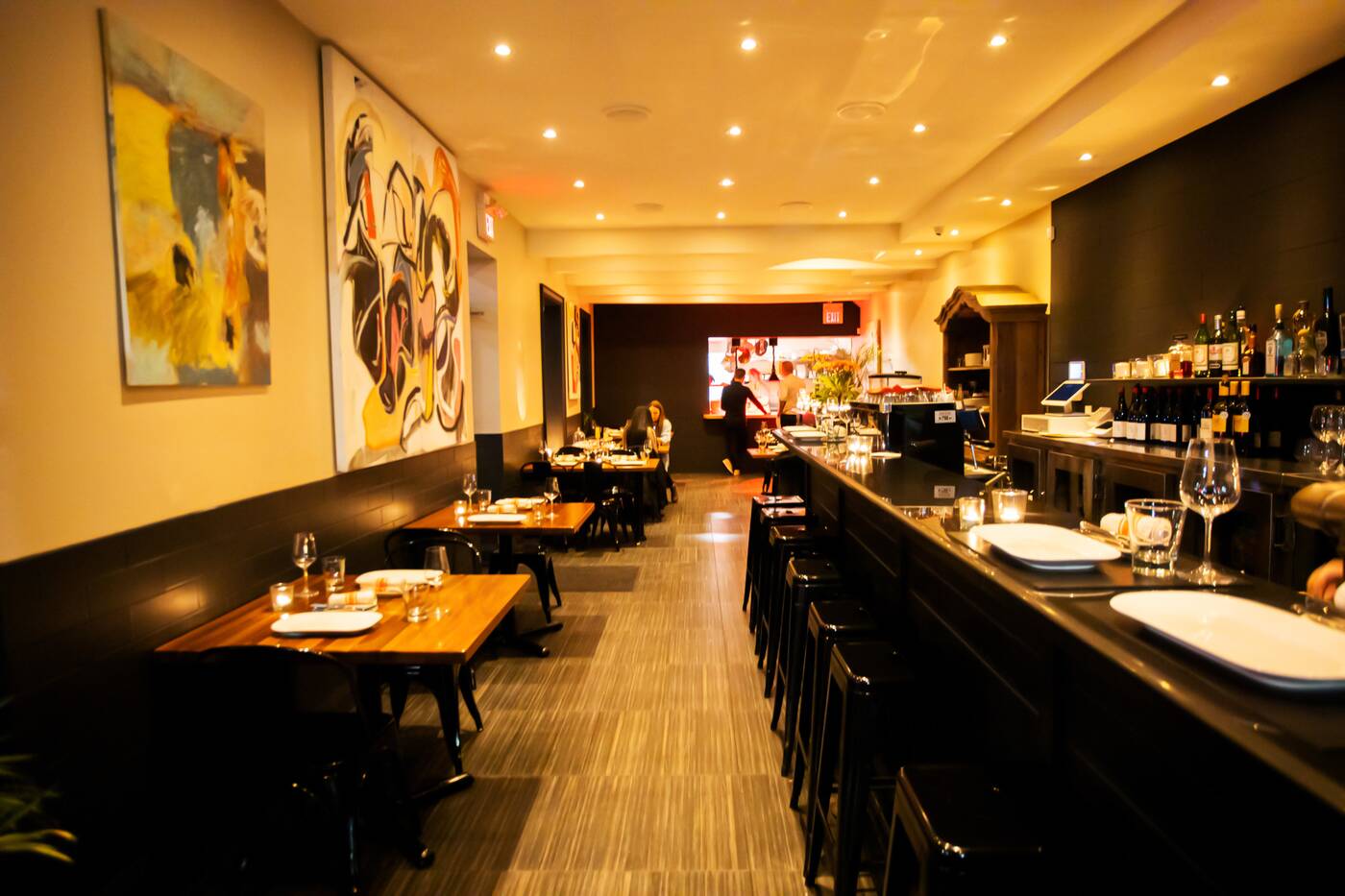 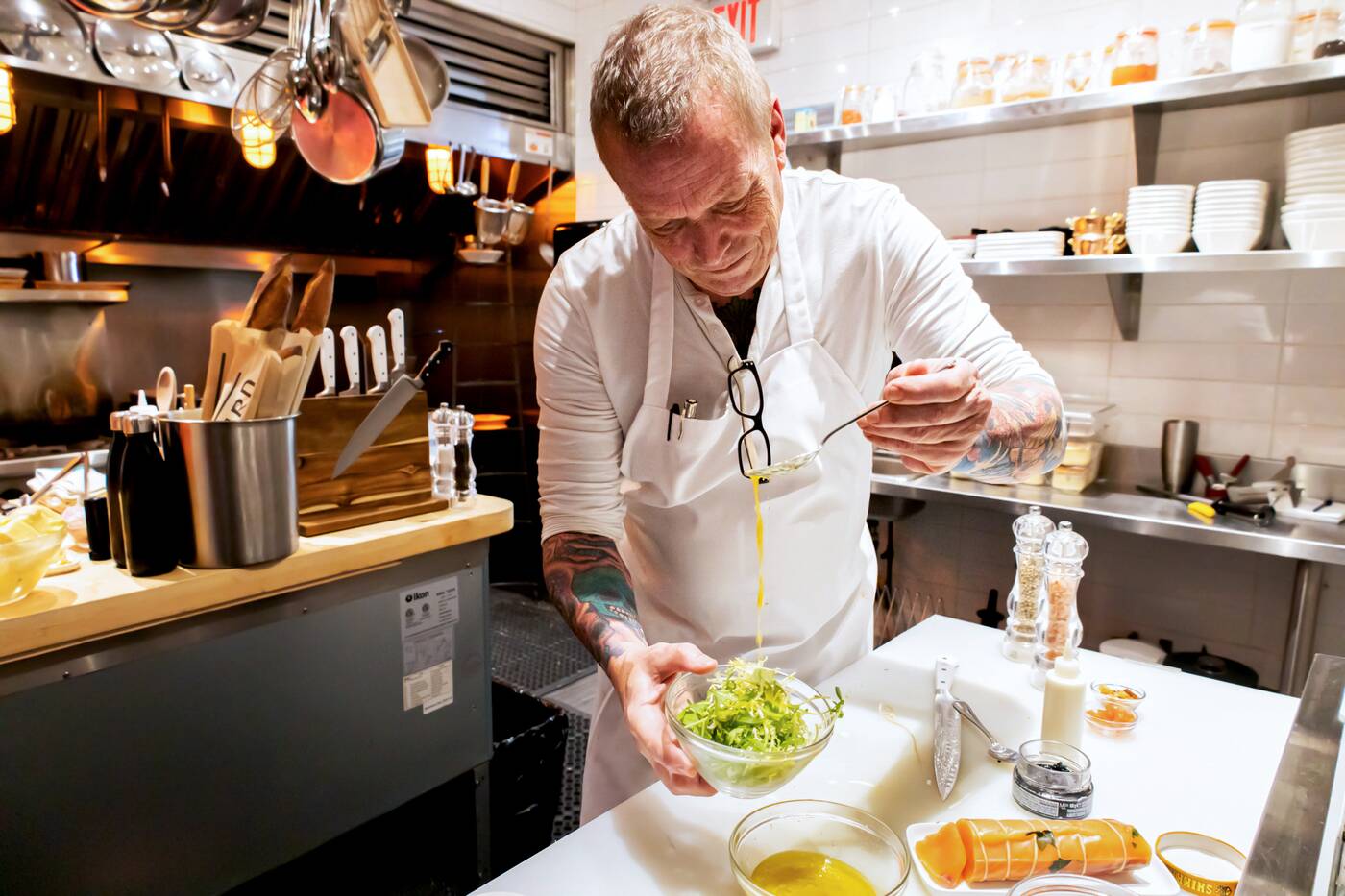 After spending some time in Bali cooking for the royal family, Adjey's back in Toronto and running a tight ship in his kitchen where simple, from-scratch French food is the focus. 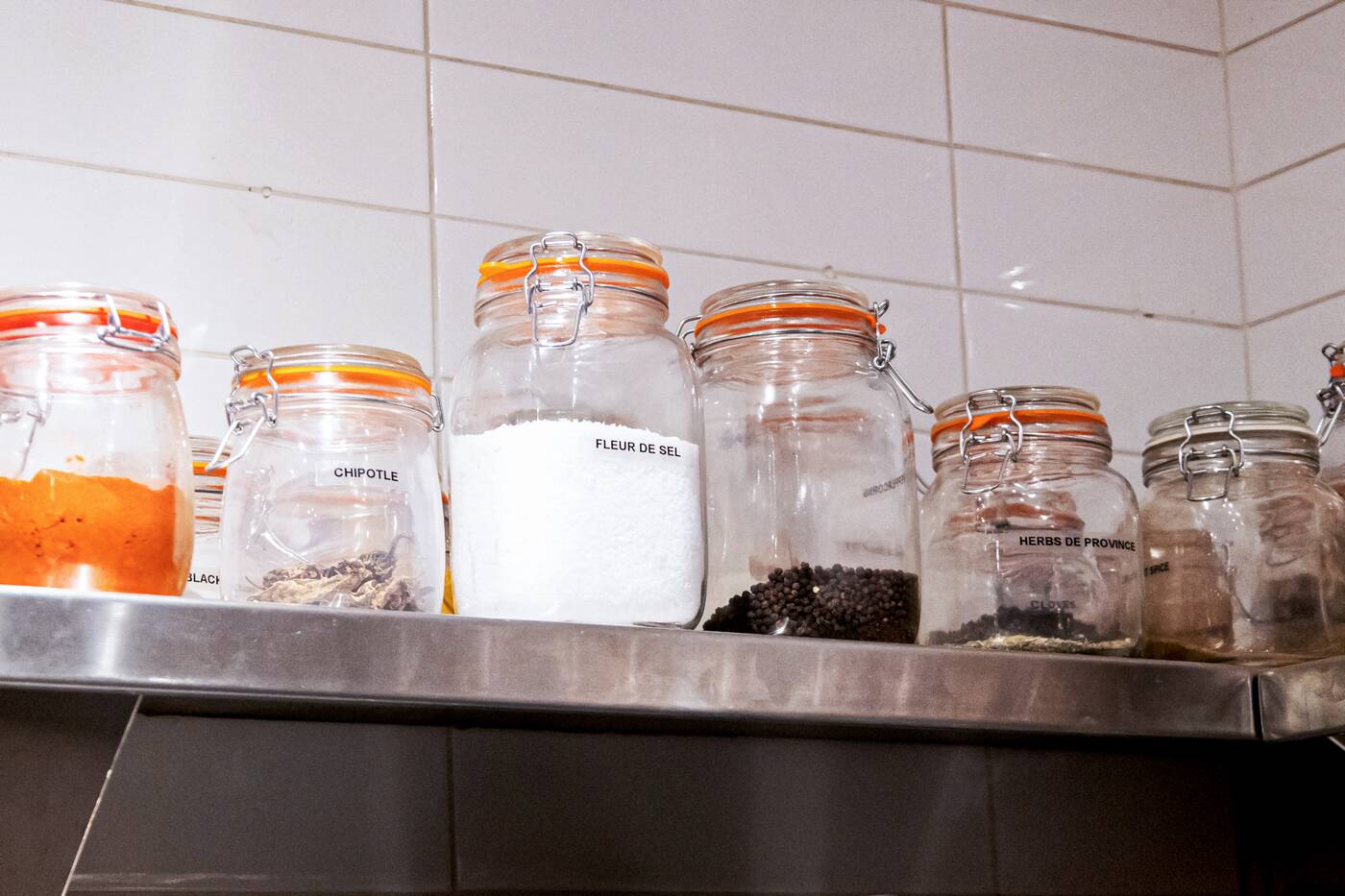 Not one bottle or brand can be found on the shelves, instead, fresh ingredients are kept in mason jars with just about everything on the menu made here start-to-finish. No walk-in fridge also forces them to serve nothing but fresh food Wednesday to Sunday. 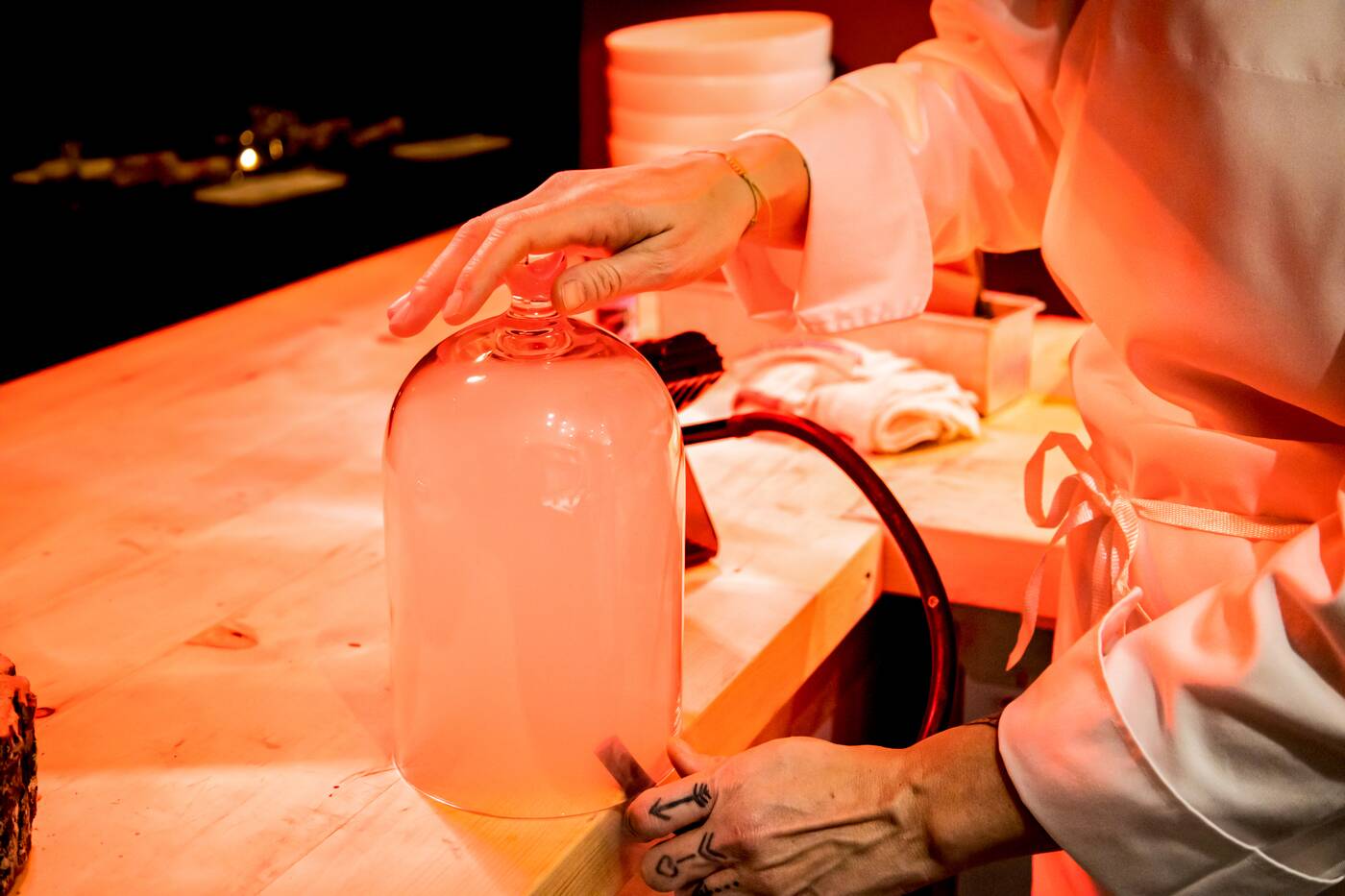 The salmon is cured in-house and placed in a dome filled with just a bit of smoke to ensure that it's not overly smoky, an all-too-common problem with smoked salmon according to Adjey. 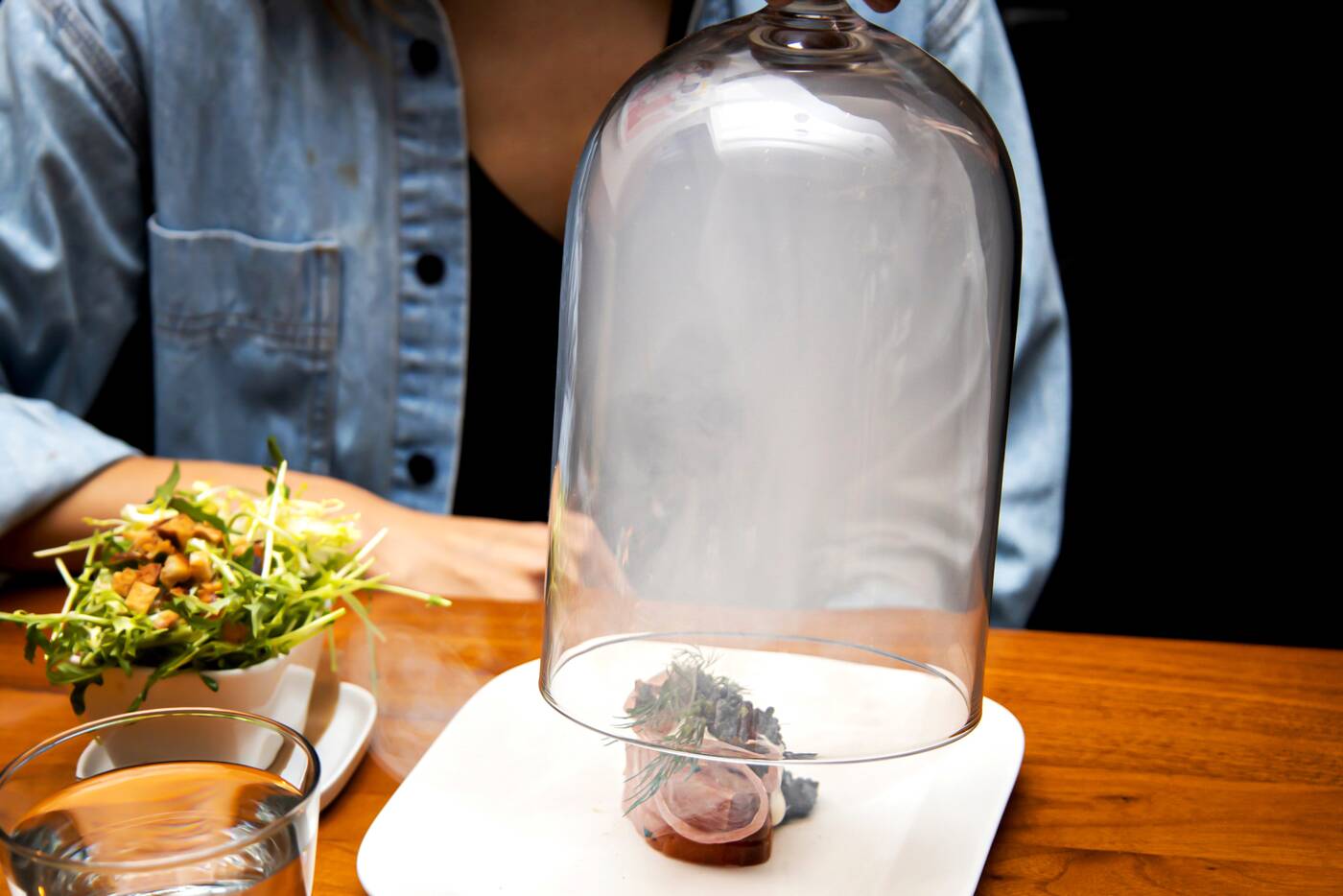 The foggy glass dome is lifted once it reaches the table revealing a swirl of smoke and a smell that'll inspire memories of summer campfires. 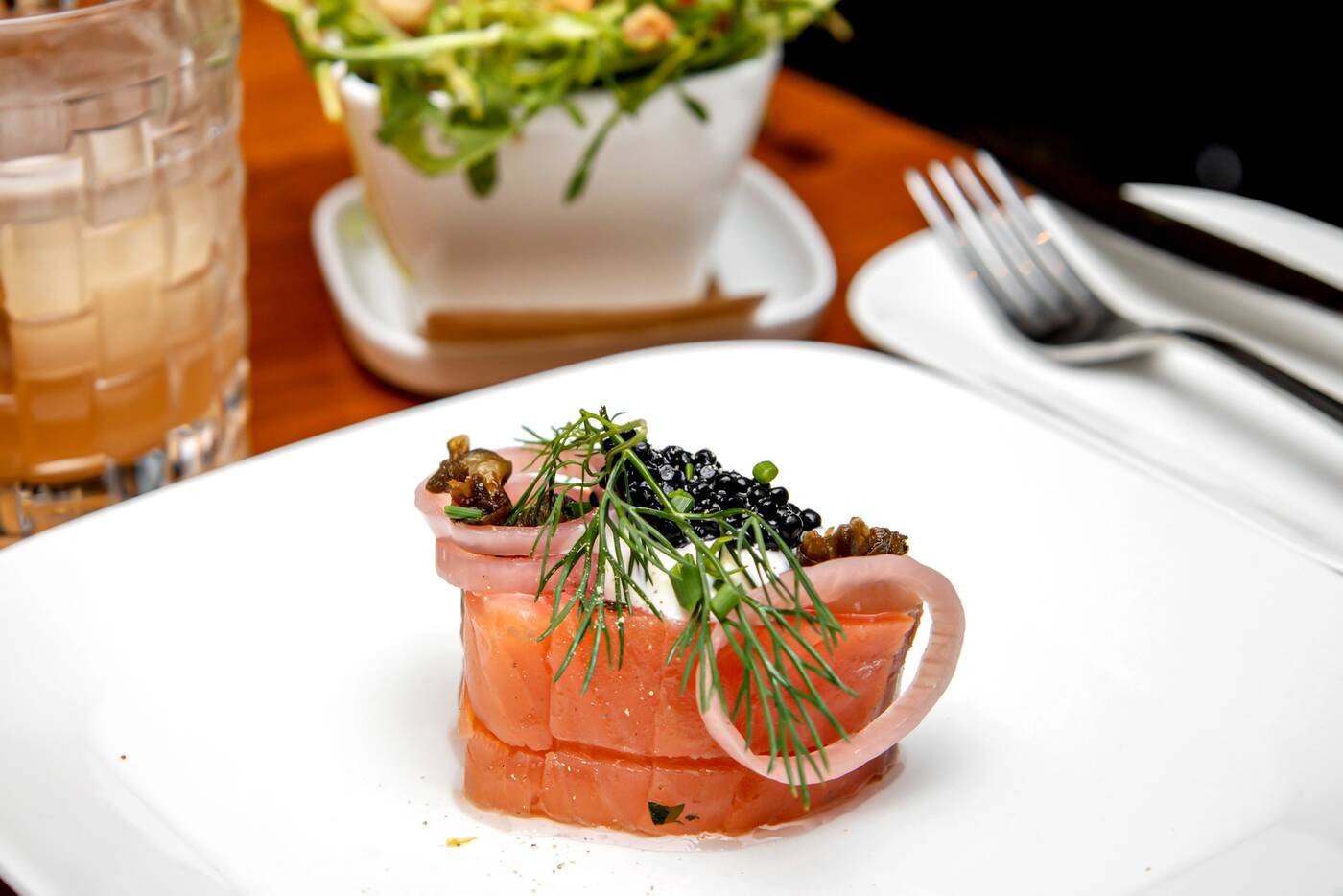 A nice-sized chunk of cured salmon ($18) is topped with homemade crème Fraiche and caviar served with a garden salad on the side. 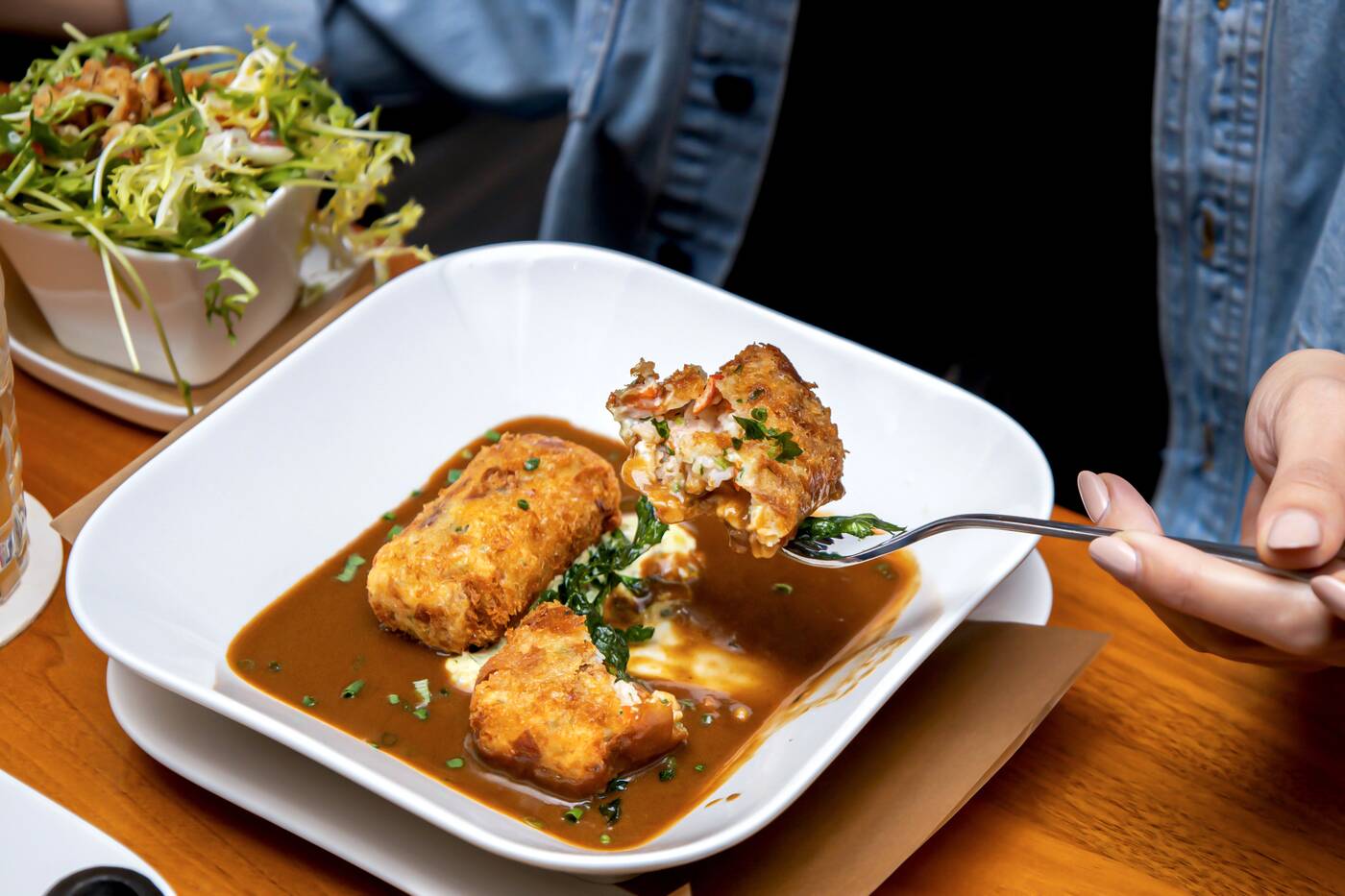 Lobster croquettes ($20) are filled with fresh seafood and a popular French sauce, remoulade made with mayo and capers. The lobster shells will be finely ground into a bisque for glazing the mussels, yet another seafood option on the menu. 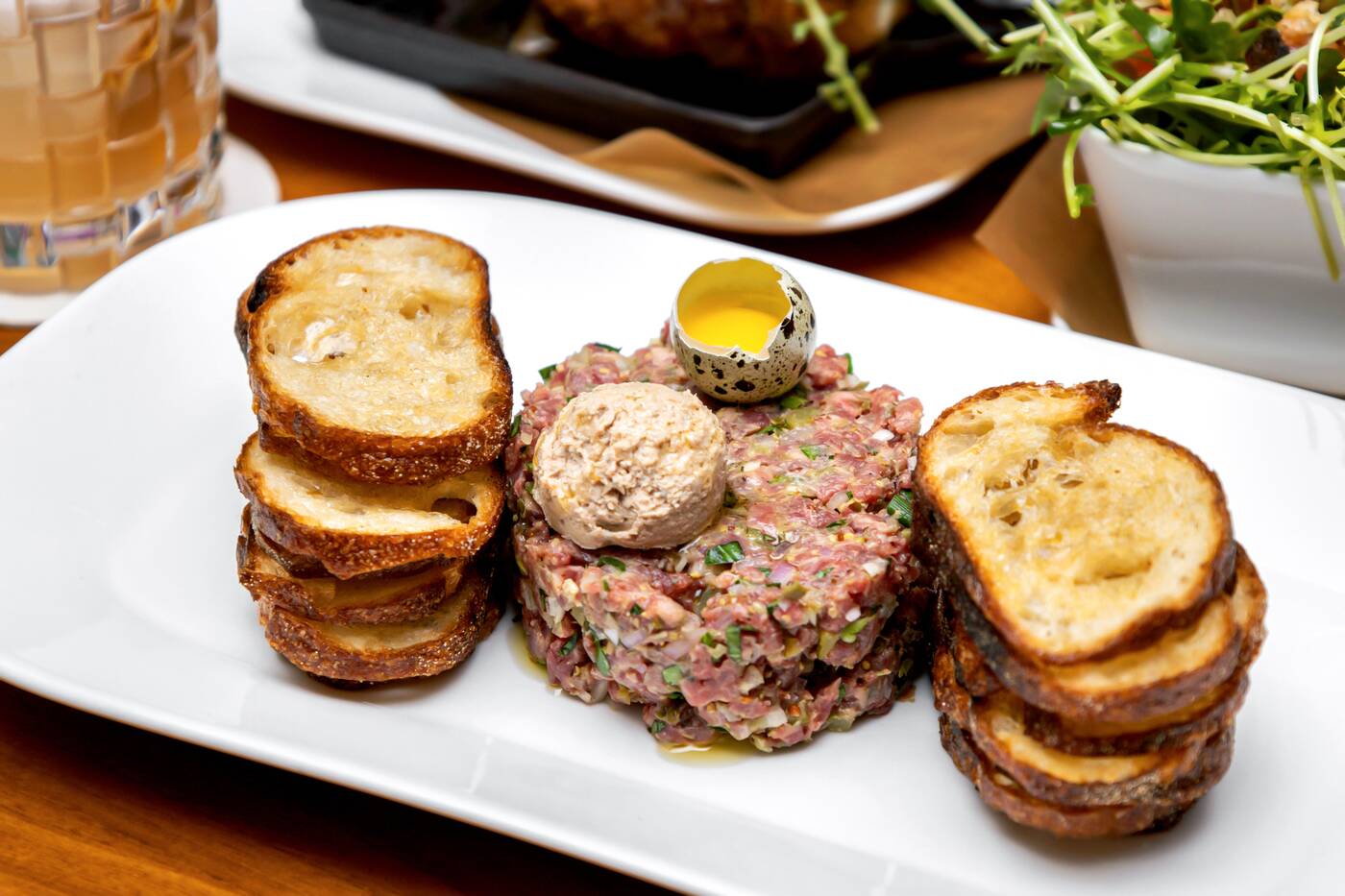 The steak tartare ($23) made with truffle aroma oil features a cracked open quail egg and torchon, sister to foie gras terrine. Butter croutons go on the side for balancing the rich flavours. 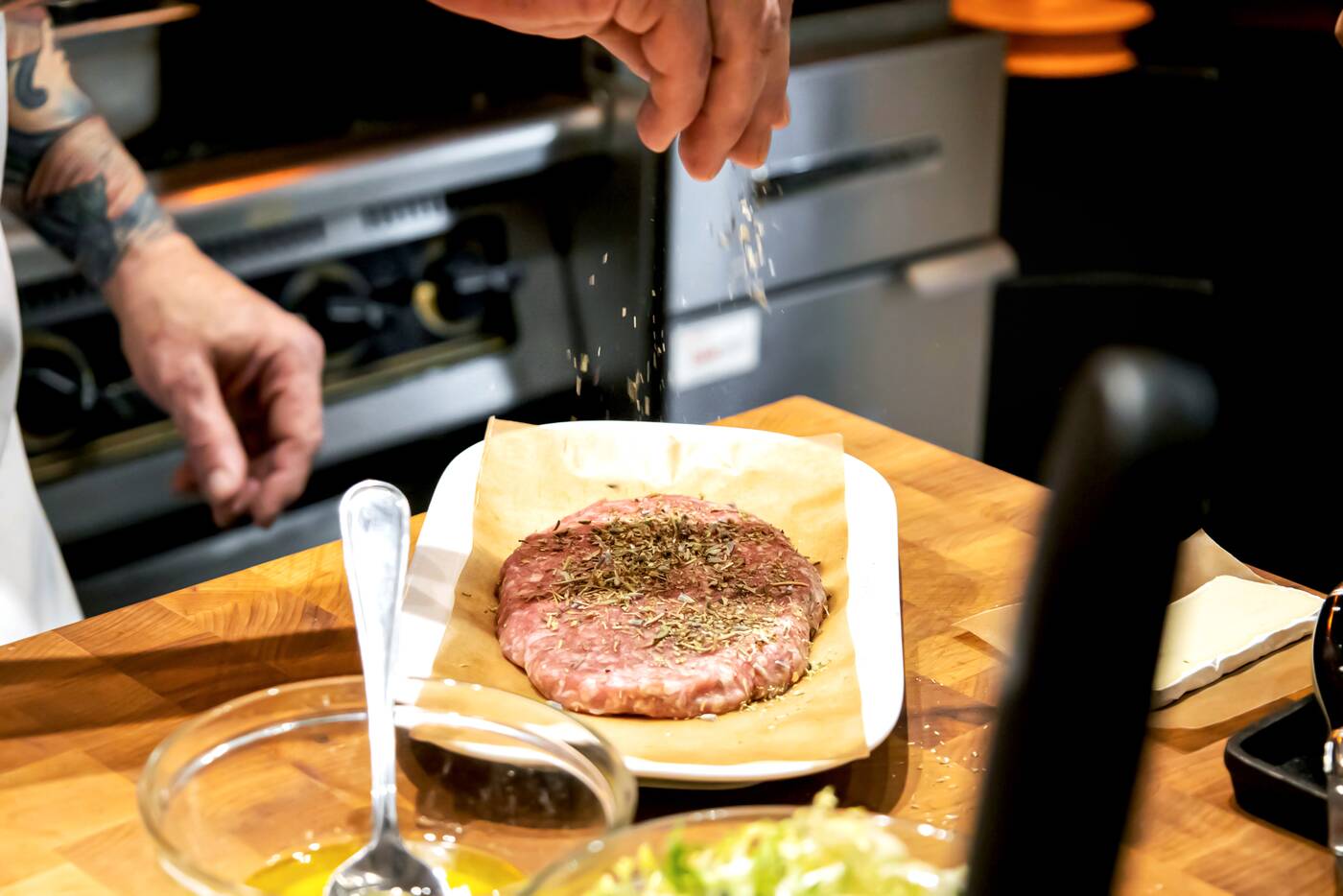 Chop steak ($20) is their burger from a seven-ounce lamb steak that gets sprinkled with herb de Provence and dried lavender – or what Adjey calls "grandma's potpourri" – to cut through the gaminess of the meat. 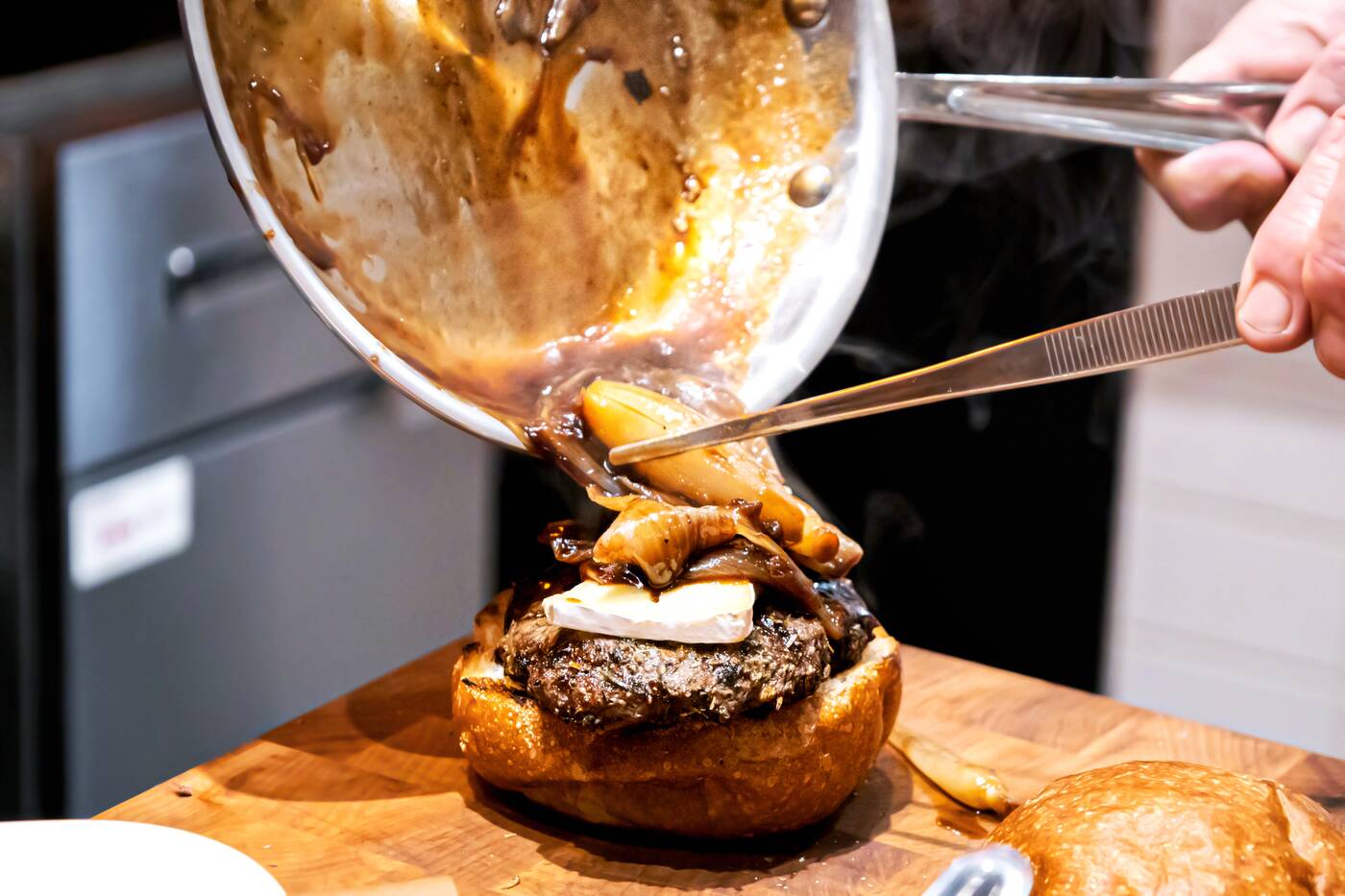 After it takes its spot on a butter brioche bun from Ace Bakery, the patty gets paired with caramelized shallots and a triple-cream brie. 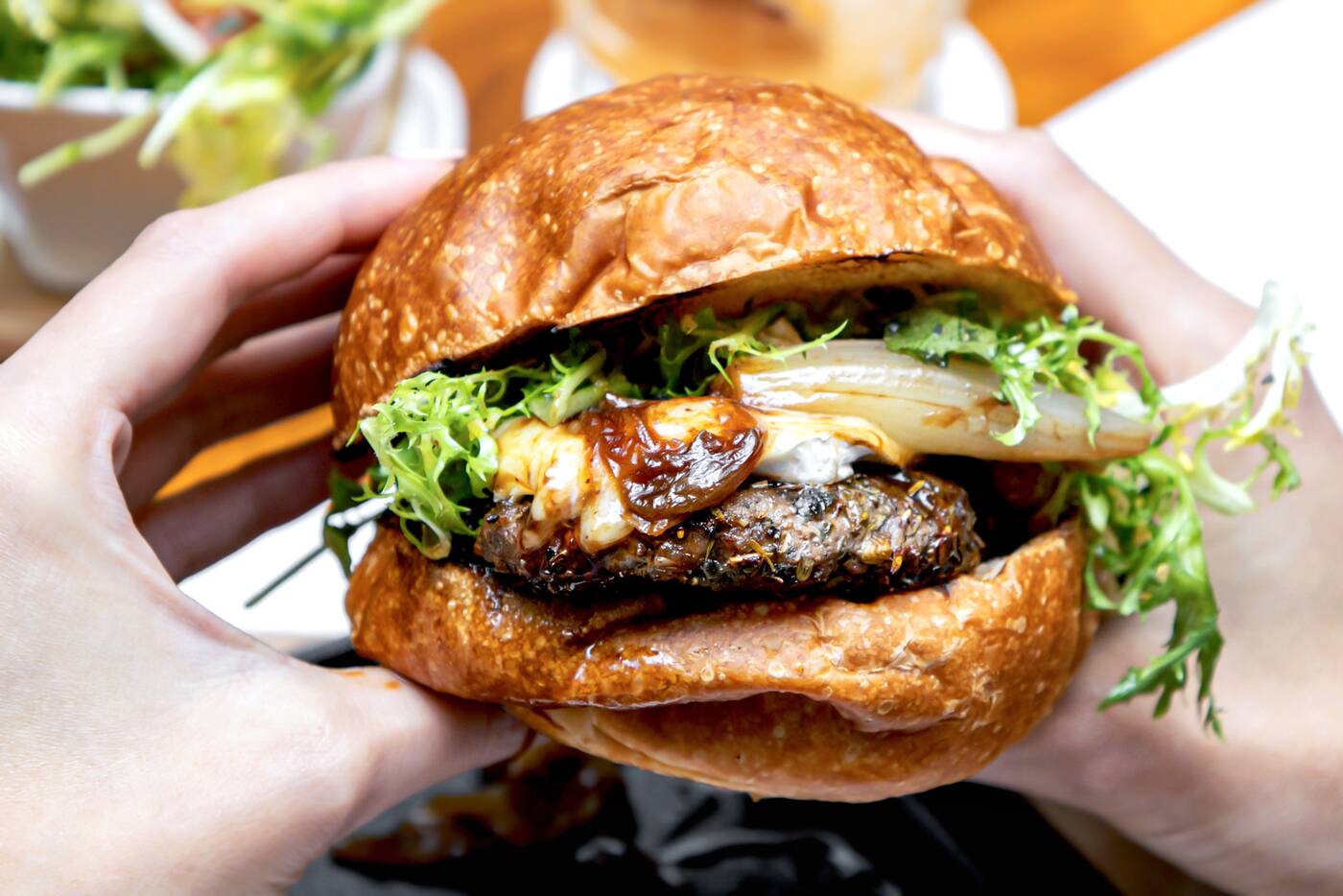 The lamb burger ($20) is a menu favourite standing impressively tall with a steak knife through it, though a side of fries would help make up for the price. 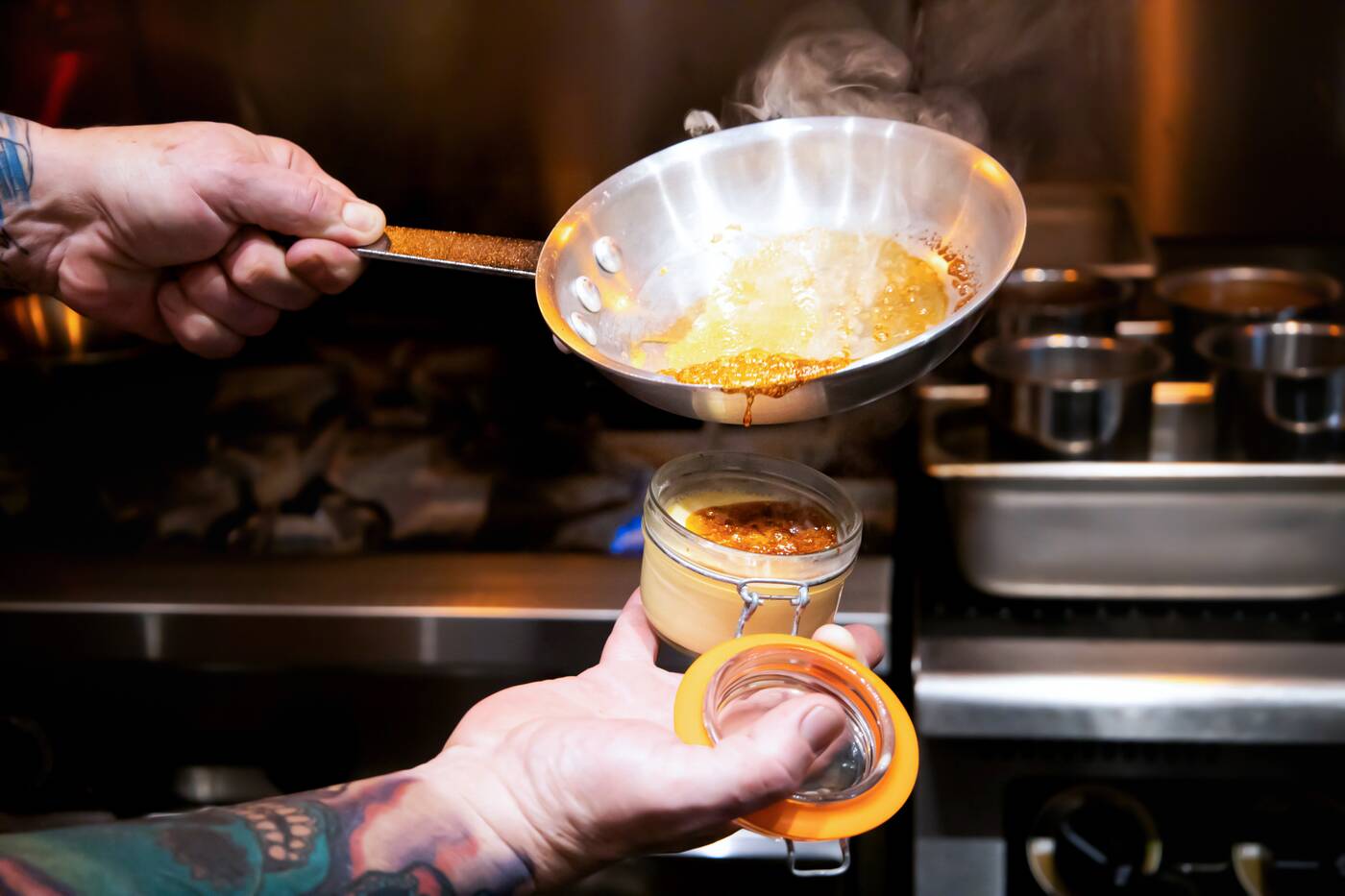 Crème Brule ($7) is done a bit differently here, solidifying in water instead of in the oven where it tends to lose too much moisture. The sous vide custard dessert gets its thin crunchy top from sugar caramelized on the stove in place of a blow torch. 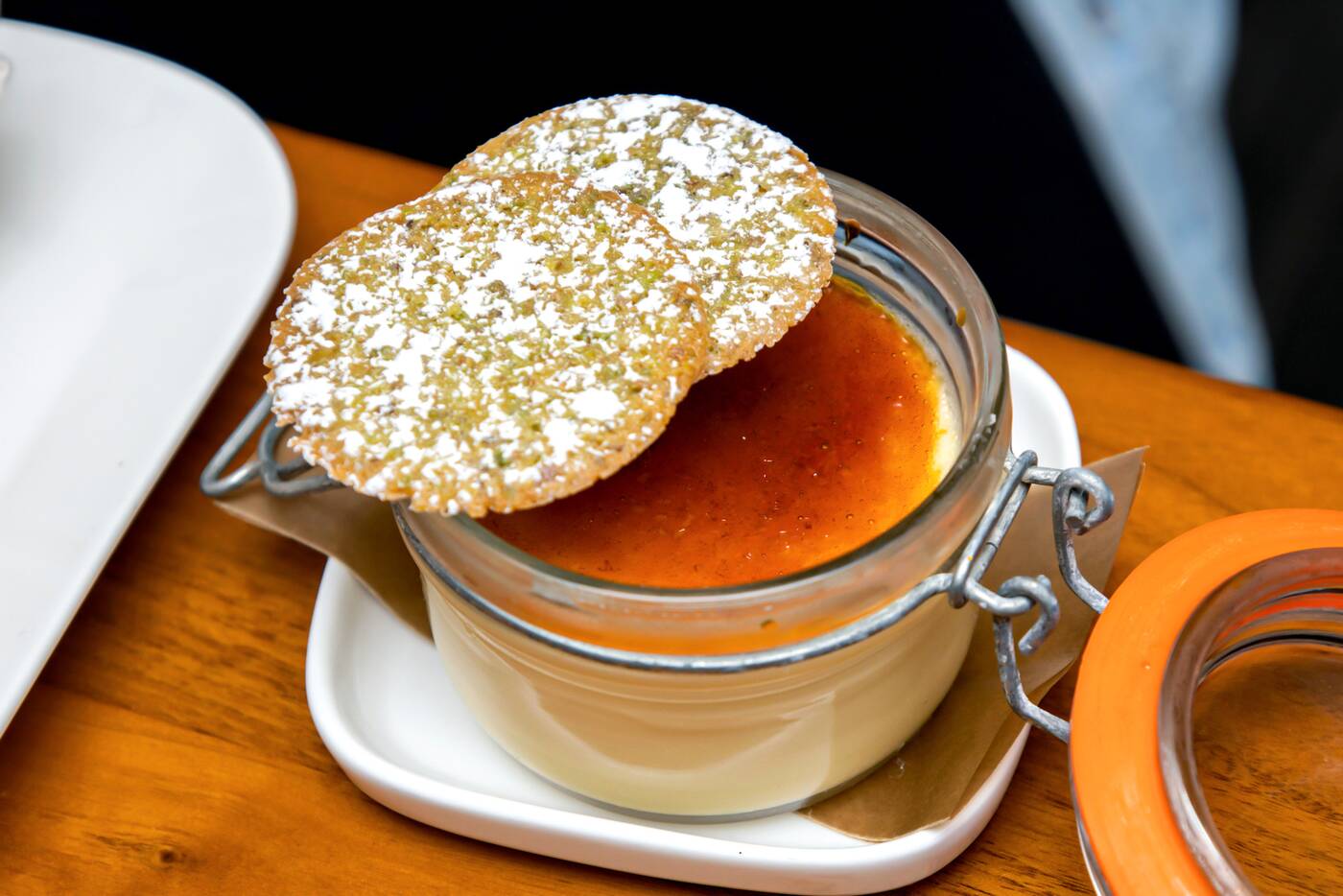 The result is a top layer without any burnt taste and an unreal velvety texture when it comes to the Tahitian vanilla middle. Crunchy pistachio biscuits accompany the dessert. 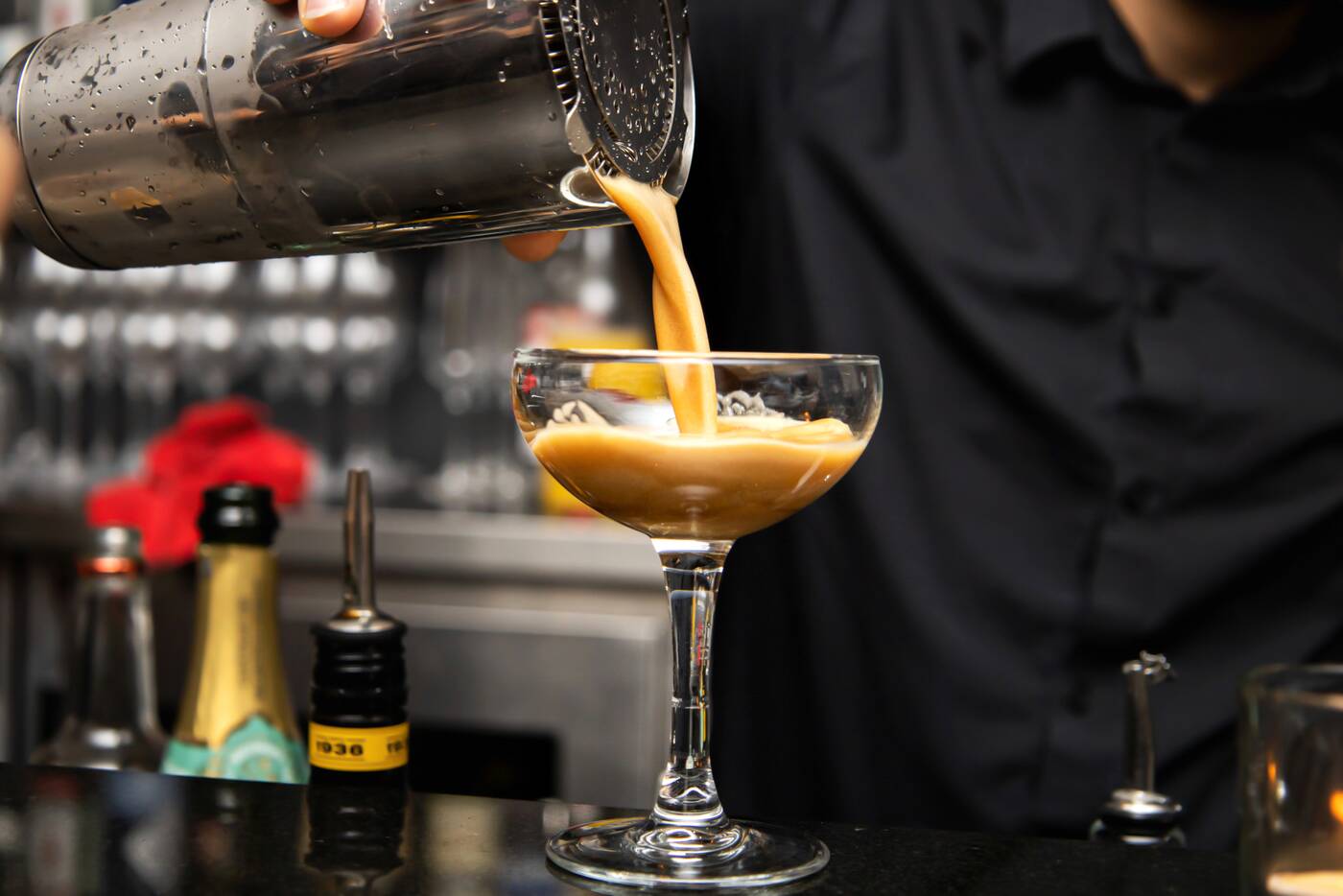 Wines from all over France are available along with cocktails, which tend to change up every once in and while. 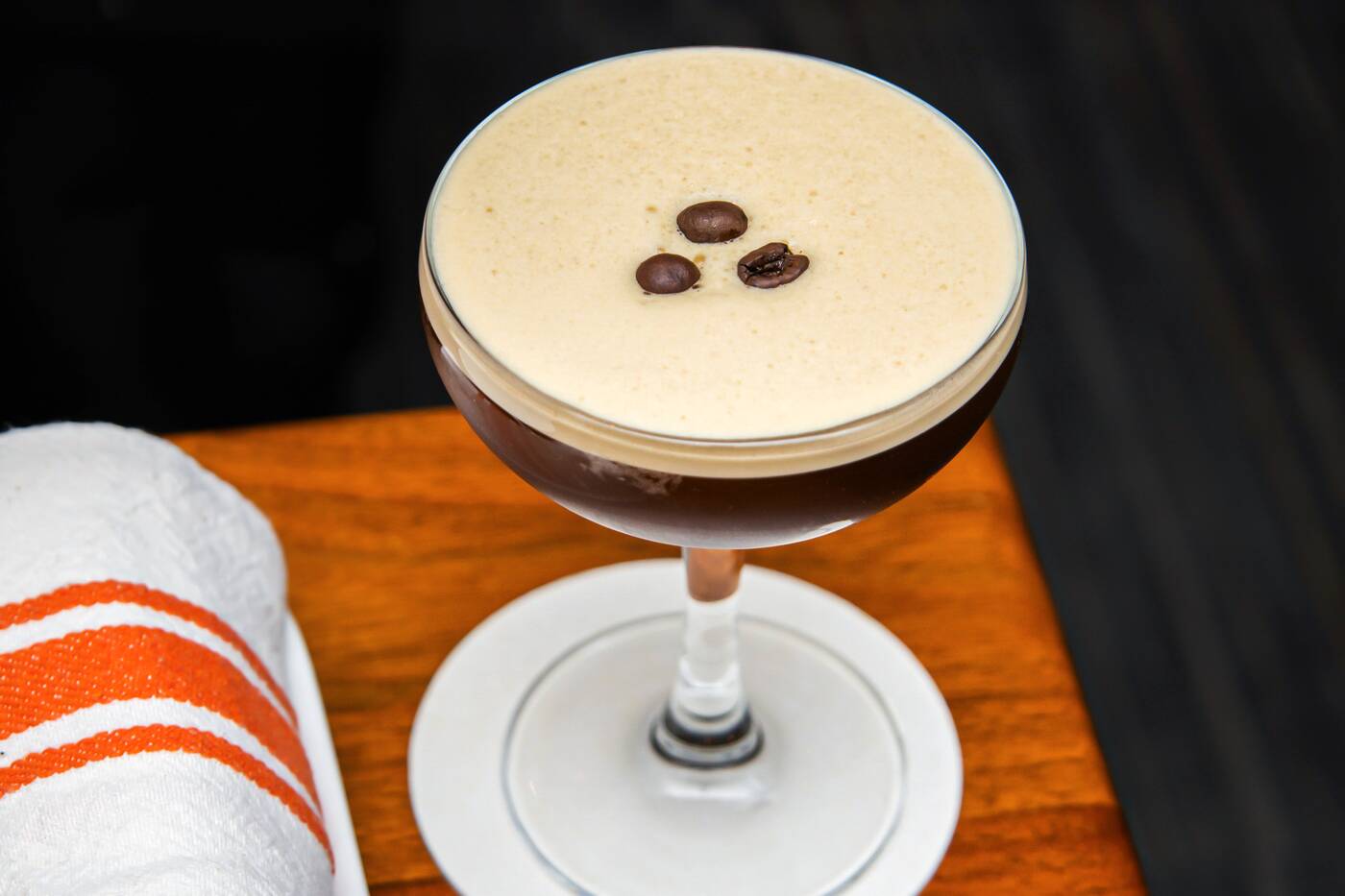 Espresso martini ($15) is a frothy concoction of vodka, Kahlua and fresh-brewed espresso. 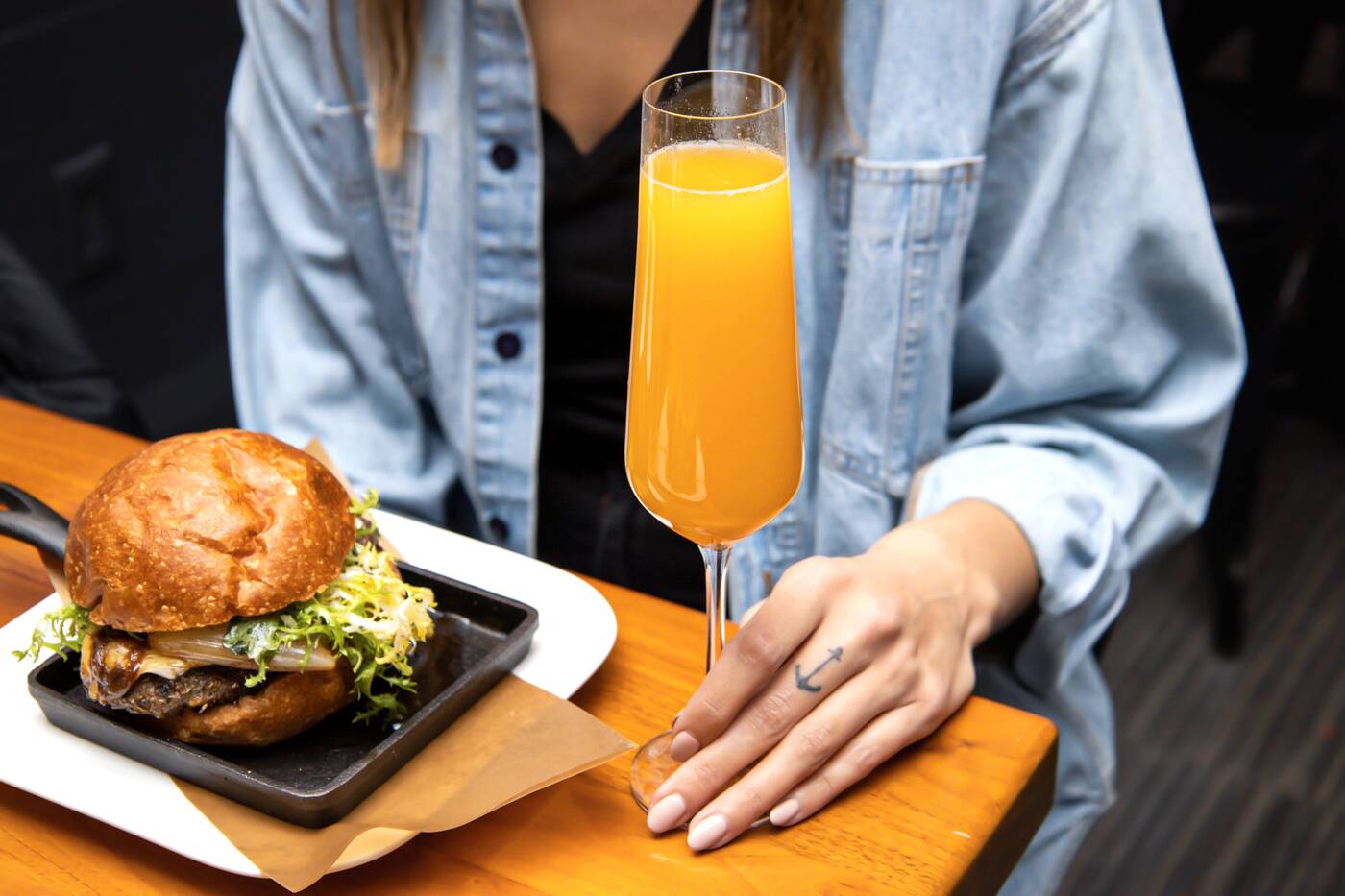 The drink namesake, nectarini ($12) is basically a French version of an Italian peach bellini with dry champagne in place of prosecco and homemade peach puree. 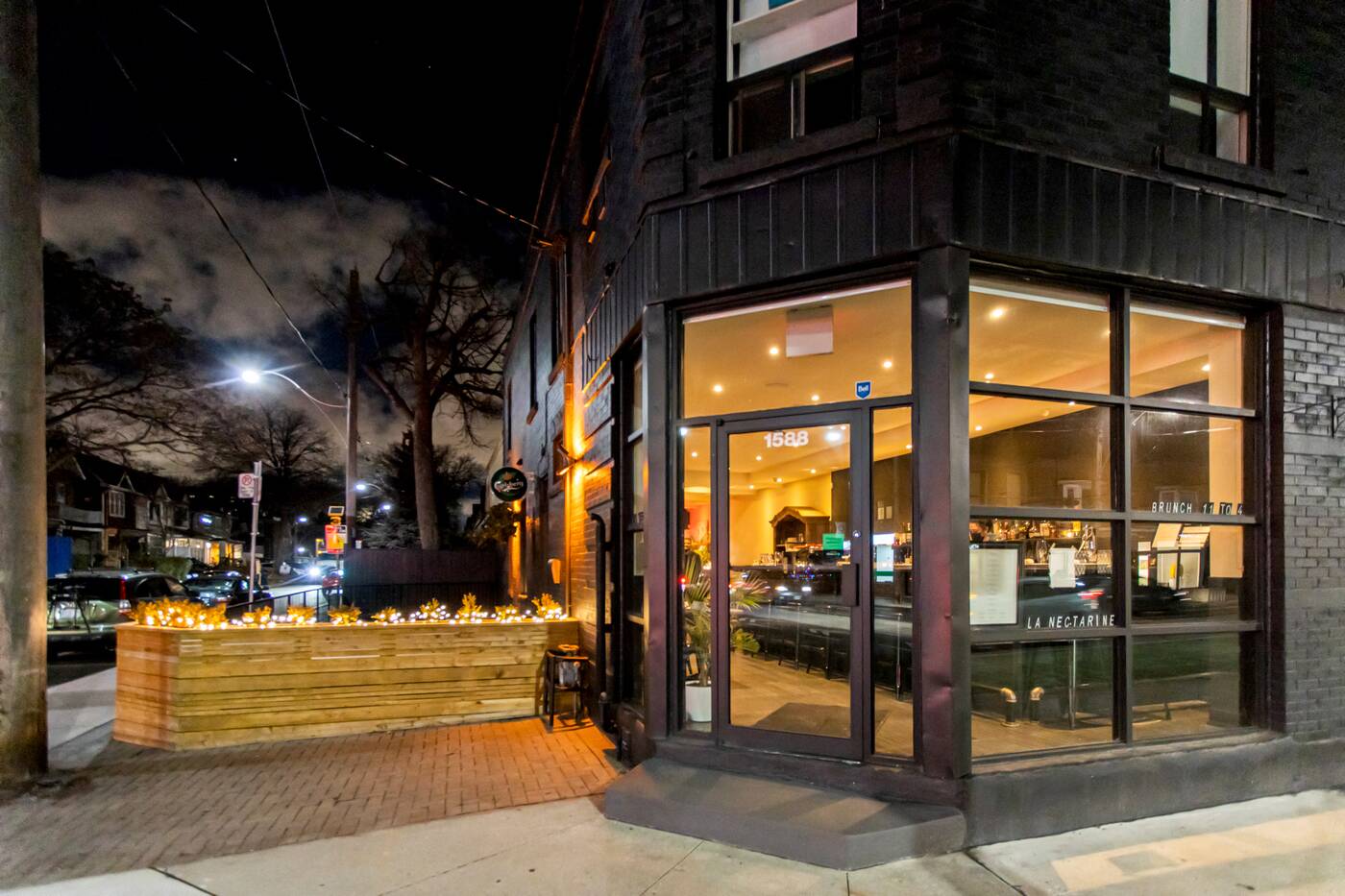 La Nectarine is the food spot the neighbourhood needed with not much in the way of French cuisine available nearby. Romantically lit and plenty of entertainment coming from the open kitchen, it seems there's now one more option for date night in the Junction Triangle.