La Cubana might be the greatest thing to ever happen to Cuban cuisine in Toronto. While Julie's Cuban has long been the go-to for Cuban specialties like ropa vieja, fried green plantains and mojitos (before they were mainstream) in Toronto, it's about time that other restaurants and neighbourhoods picked up the slack.

Enter Roncesvalles where stroller happy families and hungry creative types can rejoice as La Cubana has finally opened its doors to its Cuban inspired outpost in a space that Blue Plate most recently called home. The talented Corinna Mozo of Delux has opened this Cuban snack diner as a commemoration to the lunch counter her grandfather owned in Havana prior to the revolution.

The vibe is electric and soothing, as symphonic brass coupled with the cooing vocals of Celia Cruz , tempts us to get on our feet and see what our hips are made of. A six year old boy swings his legs to the beat, sipping a glass of milk. Next to him, his father casually downs a pre-revolution Cuban inspired cocktail. 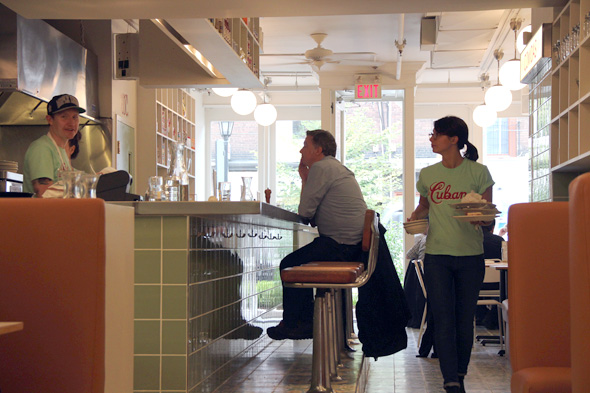 La Cubana captures the essence of unassuming diners of the past, pulling from Havana's rich history of design to create a bright and inviting space. Moorish mosaic floors are brought to life by teal subway tiling. Back-lit plexiglass signage, built into each wall, displays typical Spanish menu offerings in bold red type. And classic camel plush banquettes contrast against white tabletops that will likely be a shade or two darker after Roncesvalles offspring have their way with them. 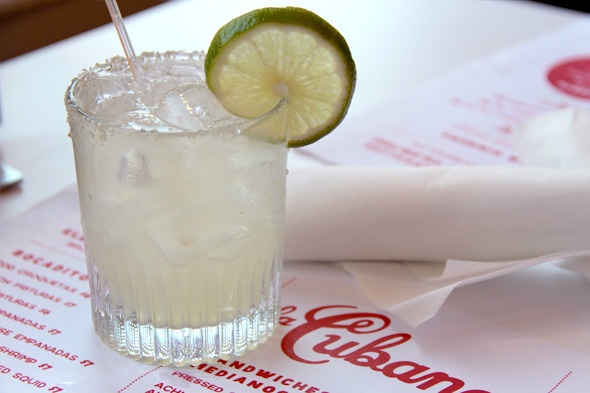 We start off with cocktails. The Periodista ($10) is an extremely stiff and memorable libation with balanced notes of apricot and lime, perfectly mixed with white rum and Triple Sec. The Mojito ($10) is a classic interpretation although it perhaps could use more sugar. 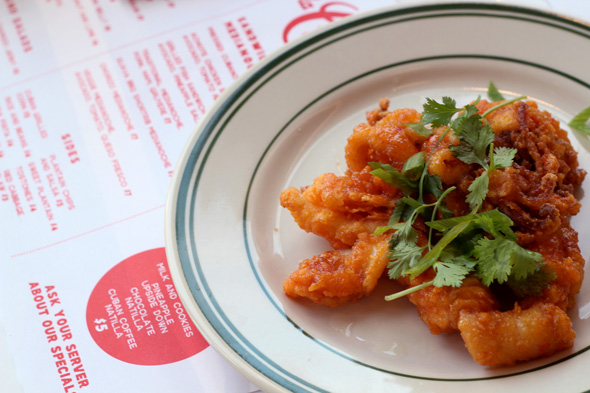 The Habanero Glazed Fried Squid ($7) sounds too good to pass up and is delectably crunchy and sweet, but missing the heat of the habanero. 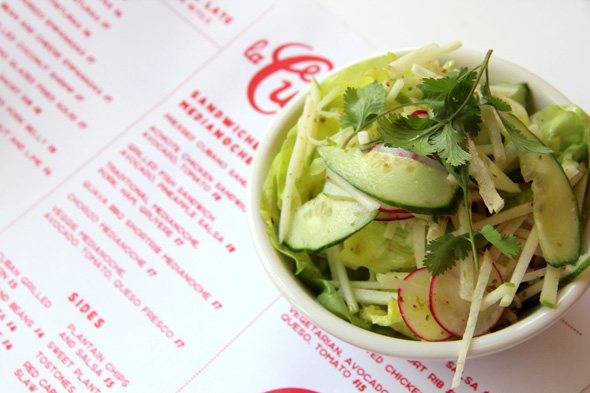 Craving lighter fare, we opt for the Jicama Salad ($6). Slivers of fresh radish, apple and cucumbers are beautifully laid on top of very green bib lettuce. Unfortunately, the one-dimensional dressing leaves me wanting a punchier aftertaste. 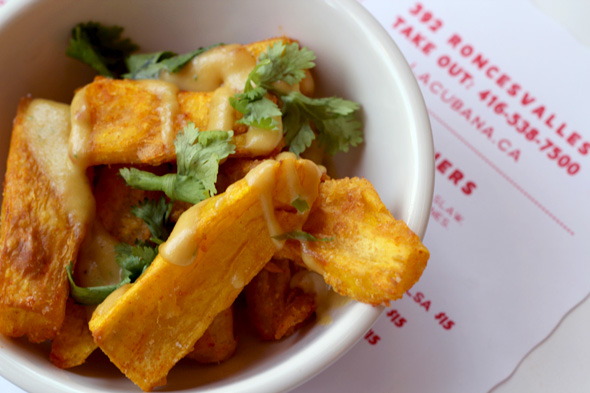 A side of worth-a-second-order Yucca Frites ($4) is sprinkled with bold paprika and cooled down by a drizzle of lemon mojo (a classic Cuban sauce). 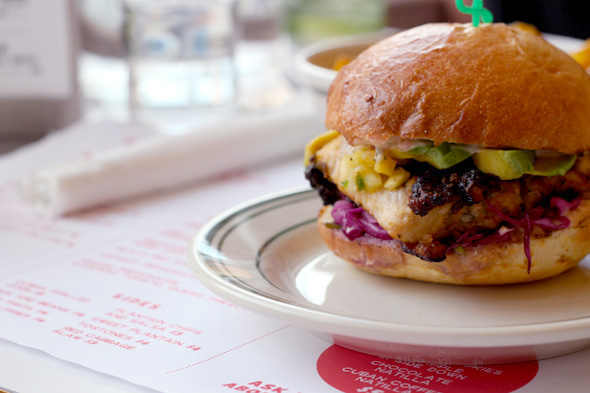 From the sandwich and medianoche board, we order the Grilled Fish Sandwich ($8); a generous piece of Georgian Bay white fish, squeezed between a soft house made milk bun and slices of ripe avocado, slaw and cubed pineapple. It's bright and packed with complementing flavours.

La Cubana is open everyday from 11am until late. They offer lunch, dinner, brunch (on weekends) and shortly a to-go menu that will be served straight from their front window. 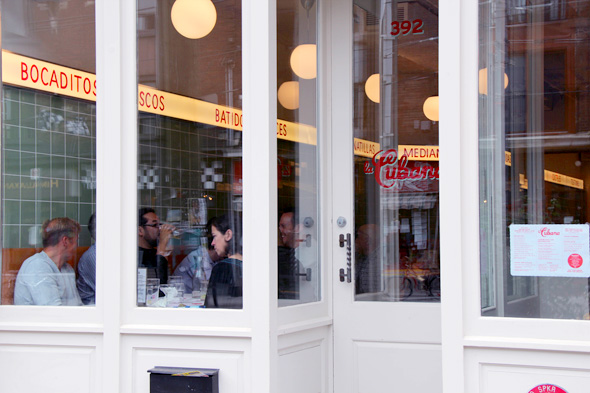 One can only hope that one day when the tikes are tucked into bed, La Cubana will continue the fun and capitalize on one of the most amazing facets of Cuban culture - music and dance, turning their little space, into a late-night bumping dance bar.