La Creole is a Haitian restaurant on St. Clair offering a traditional menu based on the culinary traditions of the Caribbean influenced by French, Latin, Spanish and African cookery. Owners Ben Cherette and Paterson Louis, both of catering company Manje Kreyol, aim to bring this underrepresented food culture to Toronto's dining landscape. 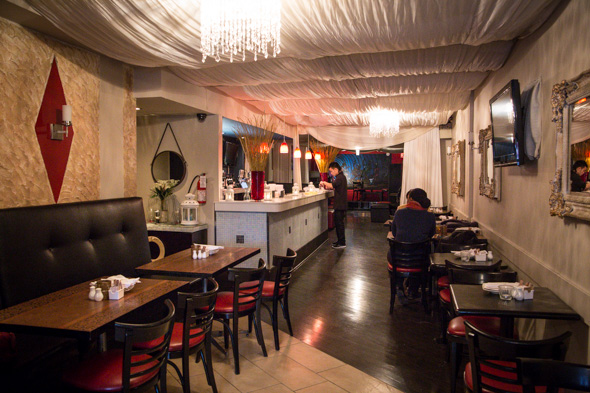 French pop music streams throughout the deep space that leads back to a small stage equipped for live performances of konpa , zouk and Creole jazz. Gauzy fabric draping and crystal chandeliers hang from the ceilings and soften the black and red room. 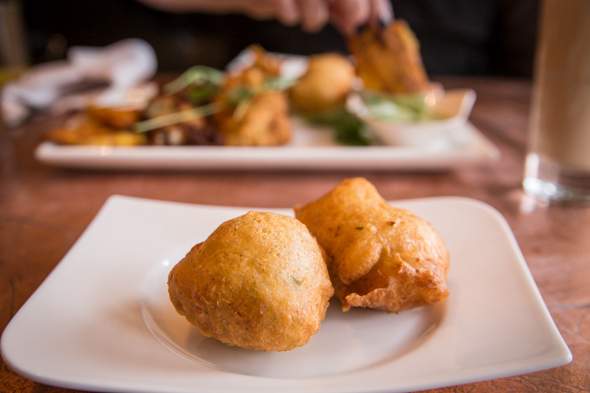 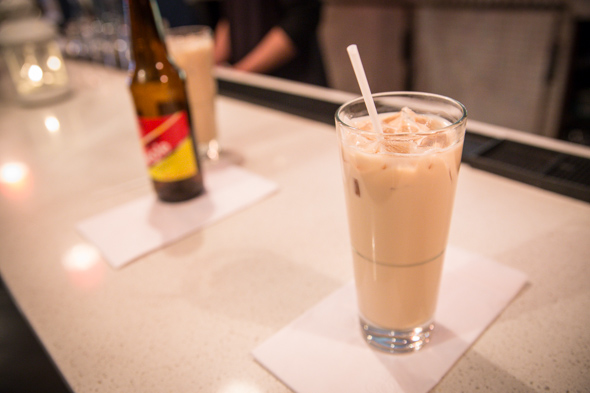 Malta Aklet ($7) is a nostalgic Haitian mixed drink that blends Malta Creole , a carbonated malt beverage, with evaporated milk and vanilla. It's especially sweet, too sweet on its own, though I come to appreciate it more and more as it balances out the punishing heat of the pikliz. 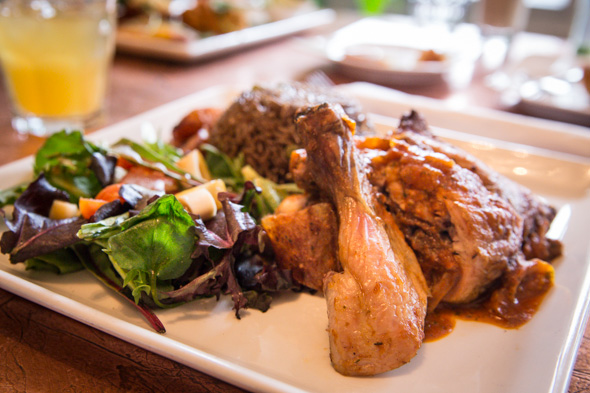 Poul la Creole ($14), served on the bone, comes chopped and accompanied by a side of pea-studded djon djon rice, a black bean and dehydrated mushroom grain. Salad topped with cherry tomatoes and heart of palm comes dressed with sweet mango vinegrette. 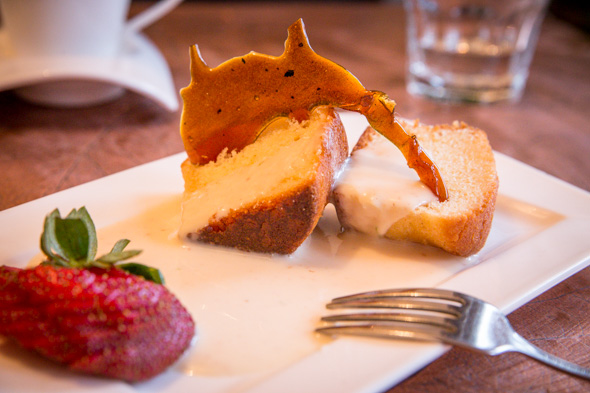 Today's Gato la Creole ($6) is a petite rum cake swimming in a pool of rum and creamy sauce composed of condensed milk, rum cinnamon and nutmeg. A shard of deep caramel brittle is packed with a boozy kick too. 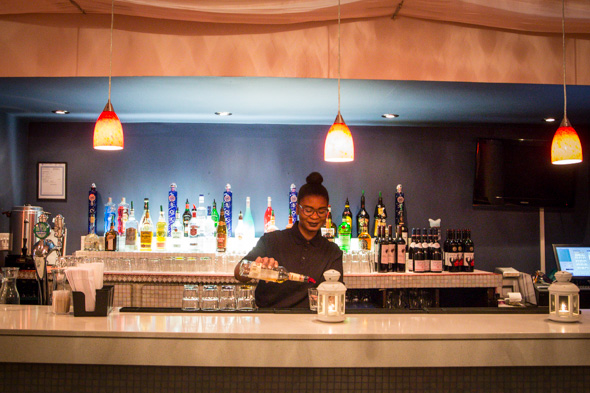 La Creole is open Tuesday to Thursday from 4:30pm to 10pm, Fridays and Saturdays 'til 11pm. Brunch is served on Sundays between noon and 6pm. 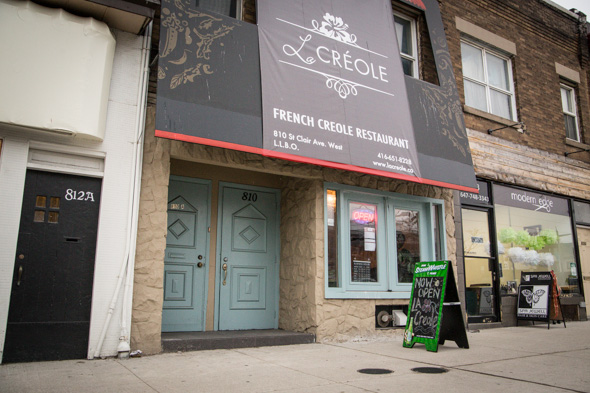