La Carnita's love for tacos is contagious. With locations downtown and on the east side , this chain is already a dinner and drinks destination. But now with this uptown outpost, Eglinton West is coming down with a case of taco fever too.

This La Carnita is right next to Sweet Jesus and it shares an entrance with Good Fortune Bar . The taqueria also boasts the same loud and raucous vibe as its predecessors. 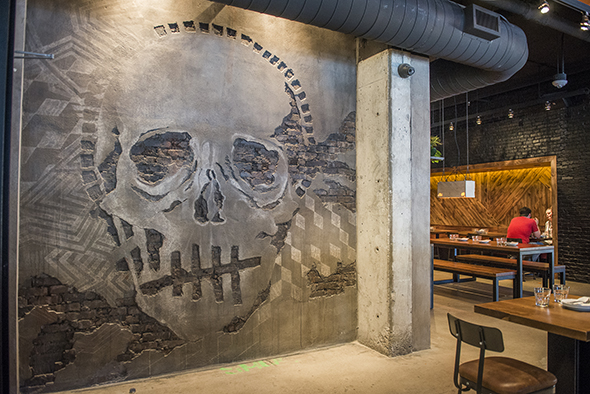 Like the locations before it, the interior designed by Toronto studio Solid Build & Design employs a gritty aesthetic.

All of La Carnita's signature dishes have made the move uptown, but here the Voltron-sauced cod tacos, Mexican street corn and ceviche tostadas are joined by a roster of exclusive daily specials designed by executive chef Jon Hamilton. 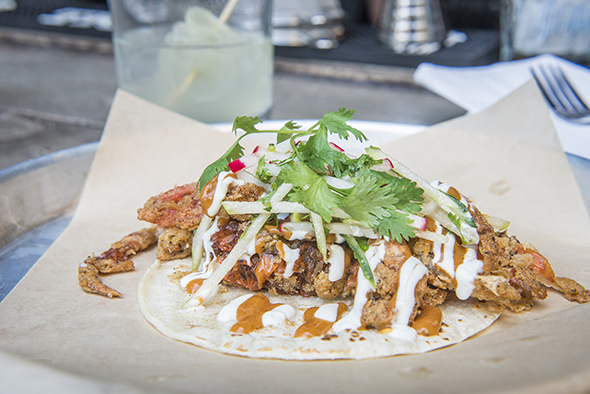 The novel offerings include the crabber delight ($7.50) served on Tuesdays, which features a whole soft shell crab fried until crispy and paired with fresh, crunchy accoutrements like radish, cucumber, jicama and green apple slaw that accentuate the crustacean's natural sweetness. 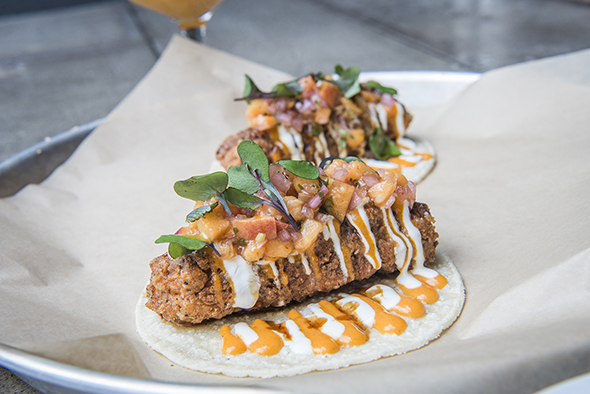 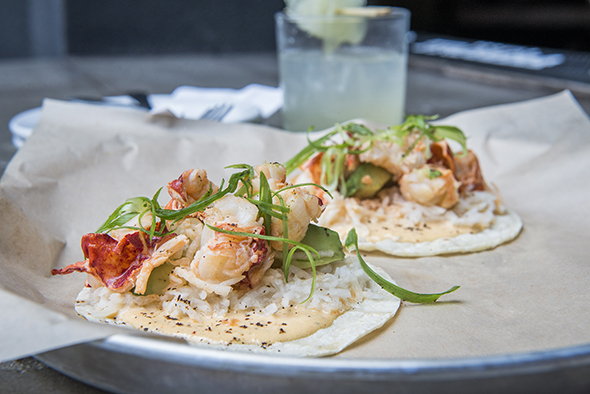 On Sundays there's the deluxe lobster taco ($9.50), a tortilla shell so overloaded that it can hardly contain the succulent Atlantic lobster meat piled over shredded jicama and dressed with a lime brown butter and habanero mayo. 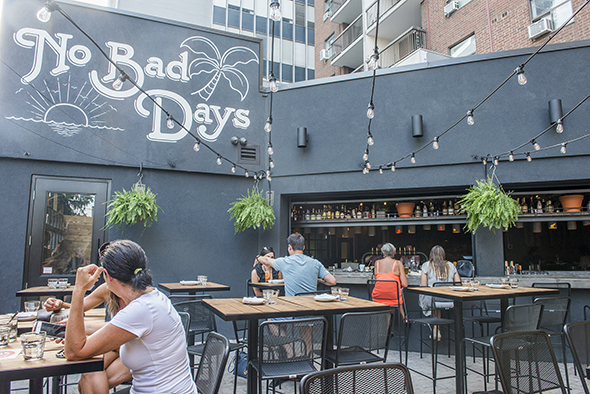 The bar run by manager Joanna Matysiak services the 125 seats inside, but it also opens up on to the 65-seat patio that wraps around the front of the restaurant. 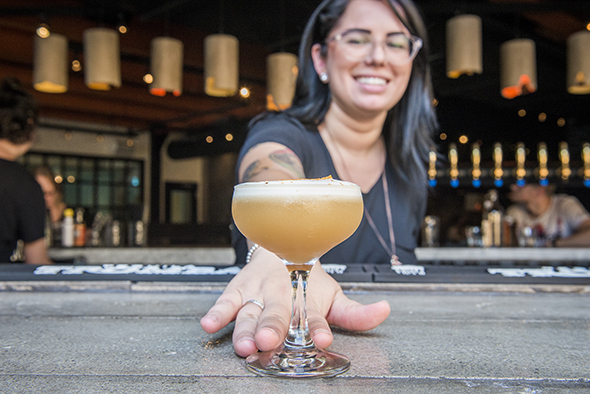 The selection of cerveza includes mostly local brews with a couple of Mexican (Dos Equis) and Hawaiian (Kona Big Wave) options on tap ($7.50). Bottles and cans (from $7) bolster the range of Mexican imports; Modelo Especial, Tecate and Negra Modelo are among the offerings. 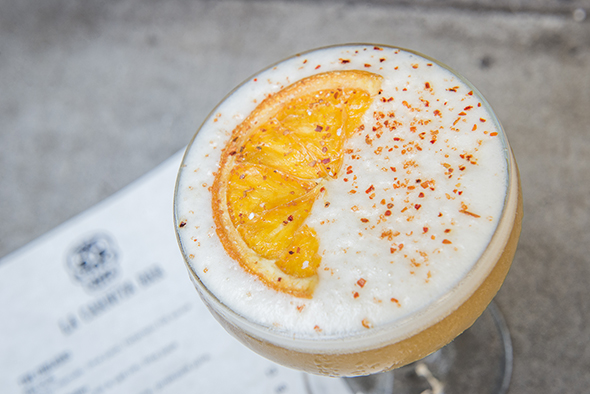 Cocktail-wise, there are summery staples like margs ($12/glass, $60 for a pitcher) and Sangreezy ($9/glass, $55/pitcher) along with scrupulously crafted libations like the Hella Fuego ($12), a frothy and tart blend of mezcal and Pimm's, sweetened with ginger syrup. 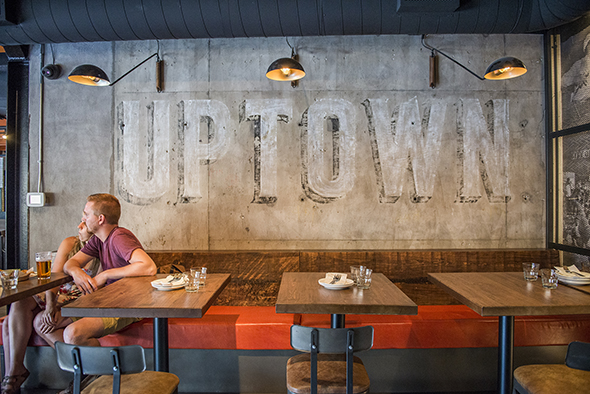 As I've come to expect from all La Carnita locations, the food and drinks are just as loud as the atmosphere. This restaurant doesn't water anything down, regardless of the neighbourhood it inhabits and Eglinton is no exception. 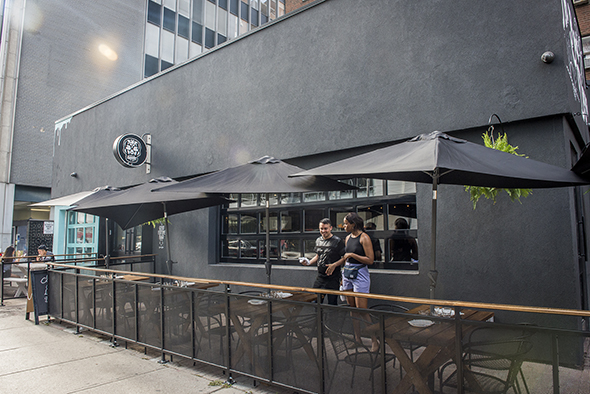