So it's been about a month since I last posted, and I've realized that it's because things have just gotten so busy to the point where I'm forgetting to eat meals! Well, all that stops now. I'm slowing down, and I'm going to enjoy this city while summer's still around. One place that a few friends have been telling me to check out is Kubo Radio . I've been a bit hesitant to give it a shot after hearing some mixed reviews a few years prior... but I've been assured that they've come a long way since then.

Well let's just see about that, shall we? 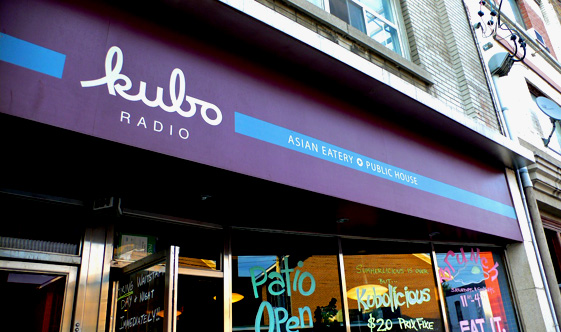 To be perfectly honest I've always been a little skeptical of restaurants generalizing their specialty as "Asian Cuisine". In my experience, when a place feels the need to offer up dishes from a bunch of different ethnicities (we've all experienced pretentious and just plain bad "Fusion" food) it usually means that they're overcompensating with a lot of average dishes because they can't prepare any one dish properly. Well I'm pleased to let you all know that this was not at all the experience I had at Kubo.

One thing I should mention though is that you might want to bring a flashlight along when you go, because this place is really, REALLY dark. Like dark to the point where when you walk outside afterwards, your eyes hurt. So with that in mind, please excuse the graininess of these photos. 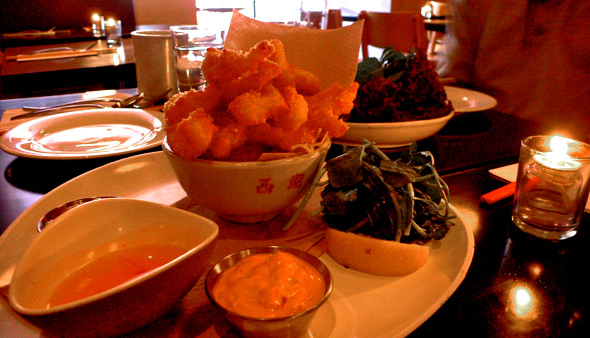 Kubo has quite an extensive menu (perhaps a little too much so) so we decided to order a bunch of appetizers to start so we could get a little bit of everything. We started with their Panko Breaded Calamari with 3 different dipping sauces. In all honestly, I only really needed one of the three; their pepper mayo. Anyone who's a sucker for spicy mayos like I am will definitely end up inhaling this one... and the Panko bread crumbs are a nice touch. 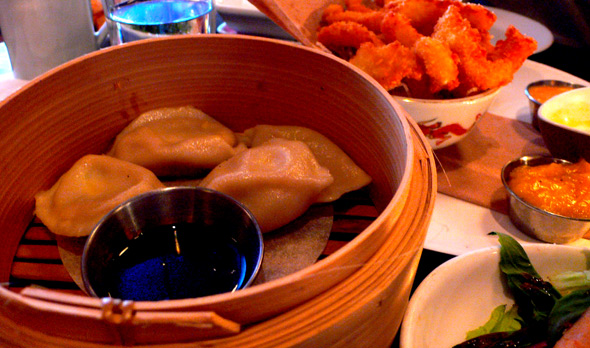 I should also mention that Kubo is definitely a fan of featured item nights, which goes beyond just their Daily Dumpling (ours was a steamed chicken dumpling, shown above). We were in on Monday, so that meant $3 pints of whatever was on tap as well as Chinese Chicken Balls and Asian Cinema on the tube. Wednesdays feature a hefty selection of Dim Sum as well as Sake Martinis. 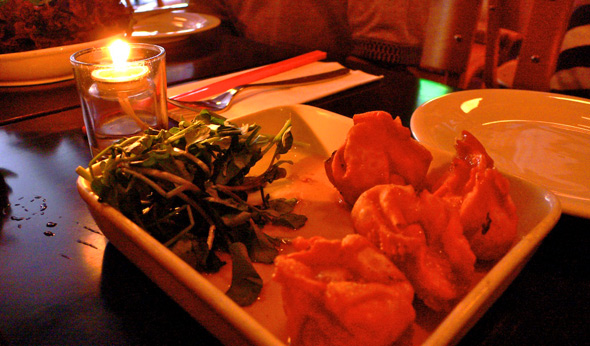 And aside from our spring rolls (shown at the top of this post) which were pretty standard but good, we had to try their Crispy Sweet Potato Dumpling with ginger and maple syrup. I'd have to say that this was the highlight of the appetizers... crispy and not at all greasy, these definitely crossed the savoury/sweet line in a way that actually worked.

So I guess now we're on to mains, right? All around the table we had: 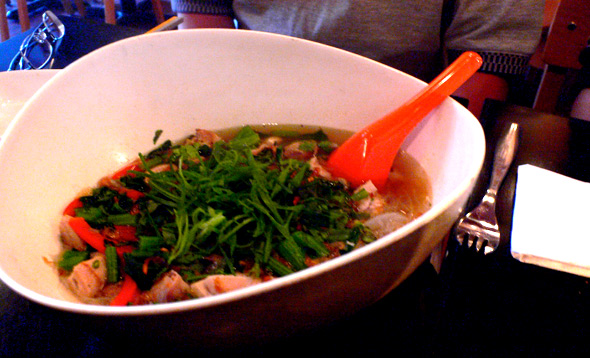 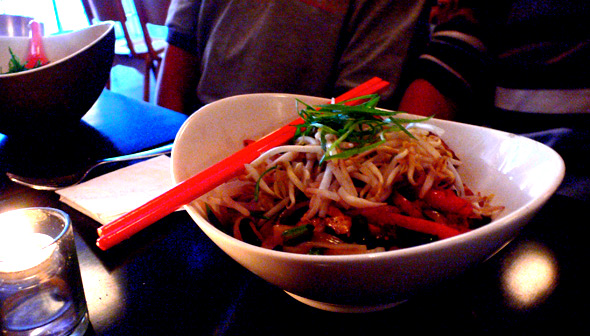 Tofu You Wok'd Noodles which tasted very "Pad Thai-ish". It was good. Nothing to write home about... but a good vegetarian option nonetheless. I can't stand when people name dishes by inserting the word "Wok" where "Rock" should be though. Disturbing flashbacks to old CBC cooking shows . 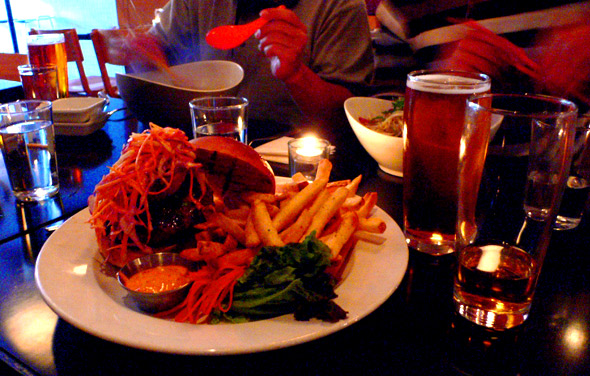 This was definitely the highlight of the meal though: their very simply named Yummy Burger. And how could it not be? A patty of Peking Duck and beef chuck, topped with an onion ring and wasabi slaw, served with crispy peppery fries. Definitely one of the better burgers I've tasted in this city.

And though we were all practically bursting with goodness by the time our dinner plates were cleared, we had to try some dessert right? 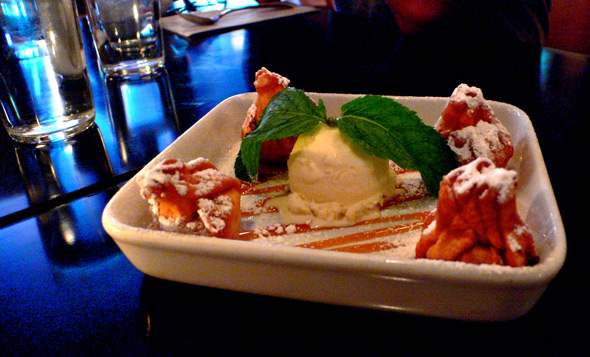 Crispy Lucky Dumplings with banana, caramel, and coconut ice cream. A perfect ending. I've never really explored the whole dessert dumpling thing, but this one was a great intro for sure. 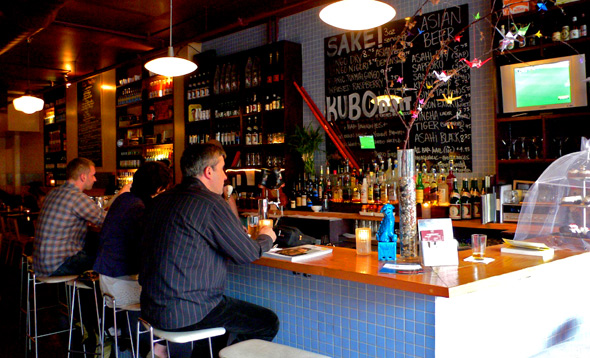 So that's Kubo Radio. A surprisingly interesting and enjoyable meal that will surely bring me back... preferably on another Monday for $3 pints. Their whole menu is online , so take a look and see if anything calls out to you. Aside from that, just don't forget to bring your flashlights.