Konjiki Ramen is the second location of one of the best Japanese noodle shops in the city.

Bringing some much-needed interest to the underrated strip of Elm Street, this renowned ramen restaurant has continued to rack up the accolades since it first landed in Toronto in 2018. 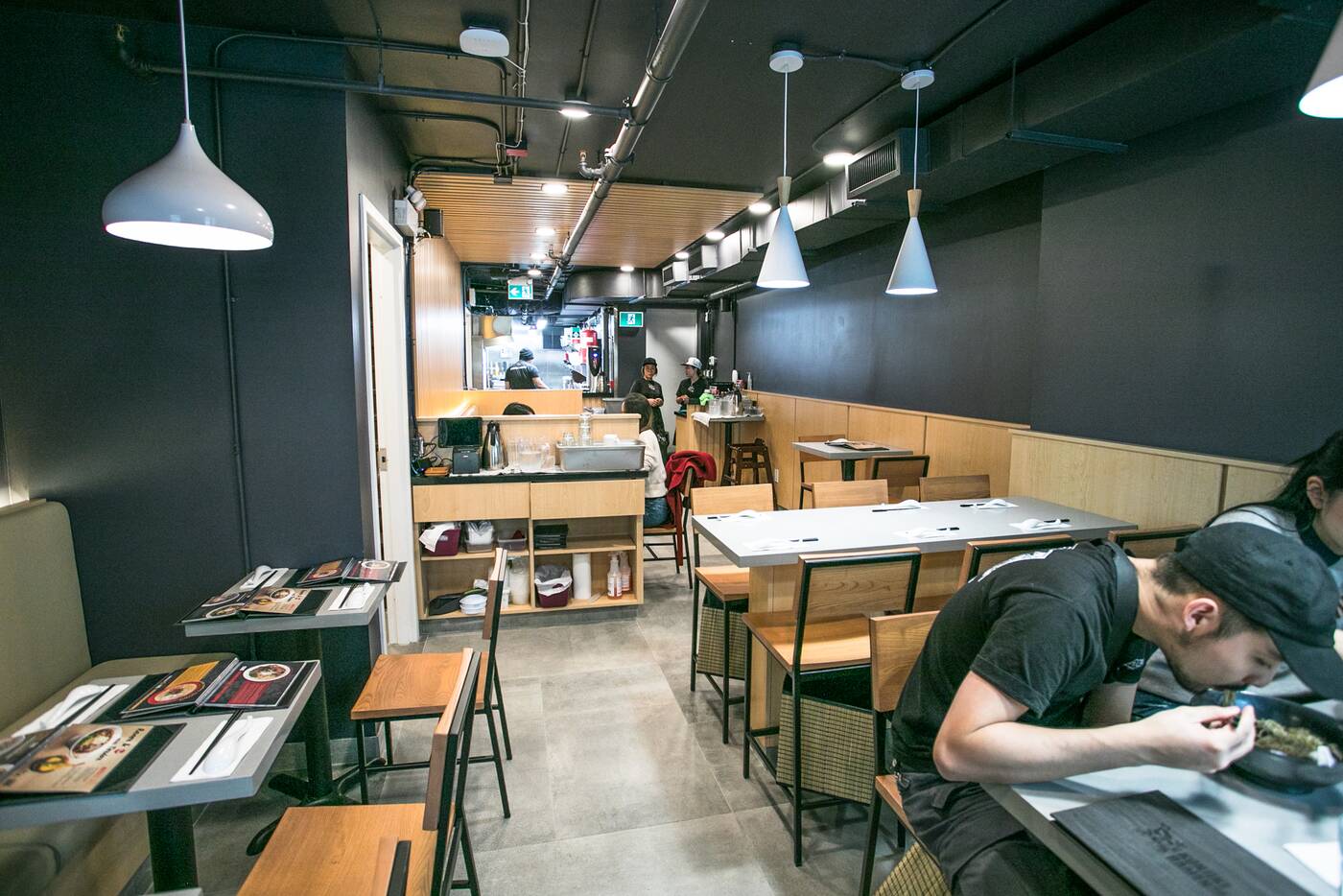 It seems the owner Atsushi Yamamoto has decided to celebrate with a second overseas outpost: this time in an historic detached house downtown. 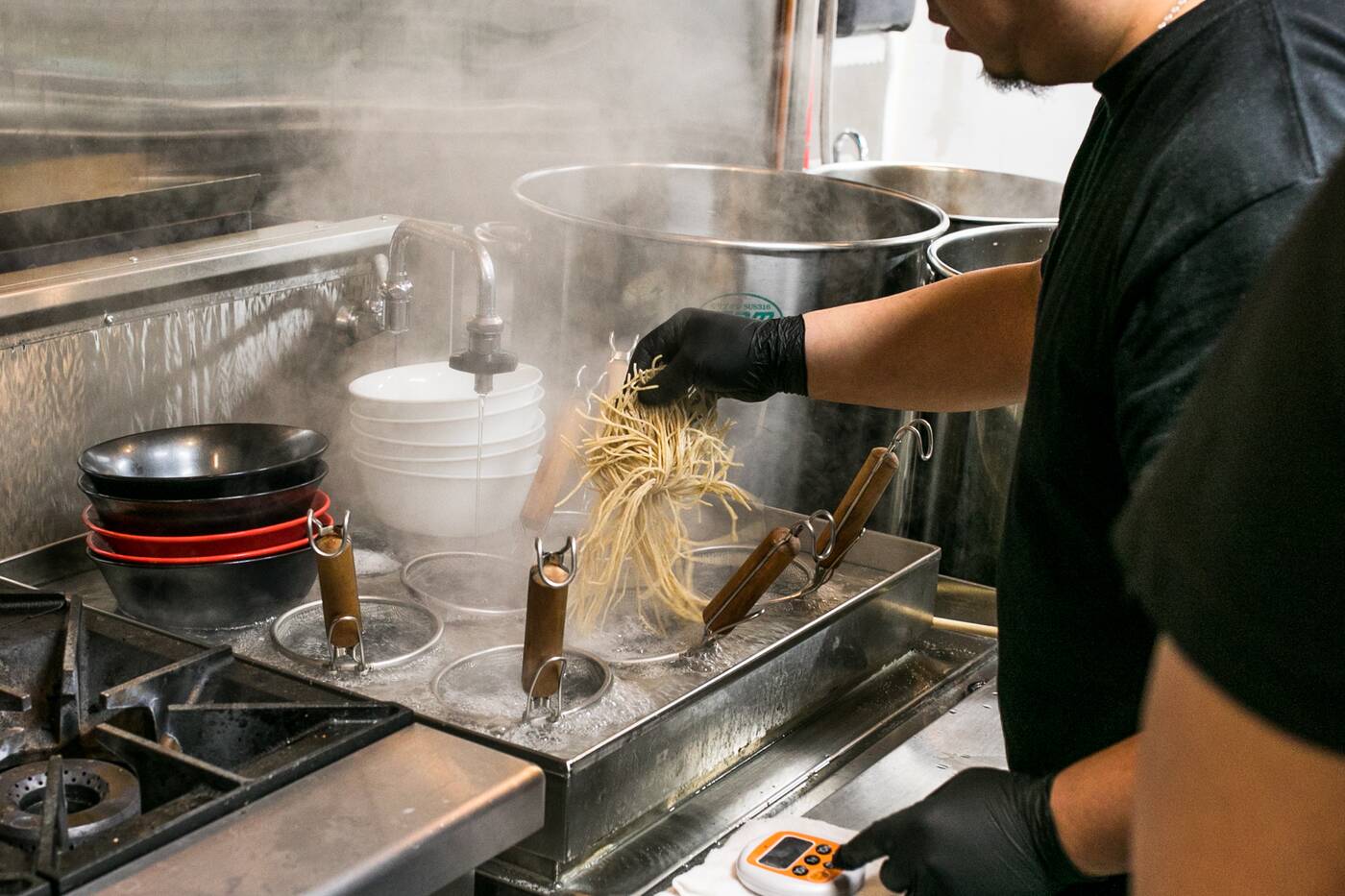 Unlike its North York restaurant, which sits behind the dessert cafe Saryo, this location has its own entrance and spans two floors.

Some things on the menu have stayed the same, namely Konjiki's hit clam broth ramen ($14), which now comes with a Super Size option ($18) in shoyu or shio broth. 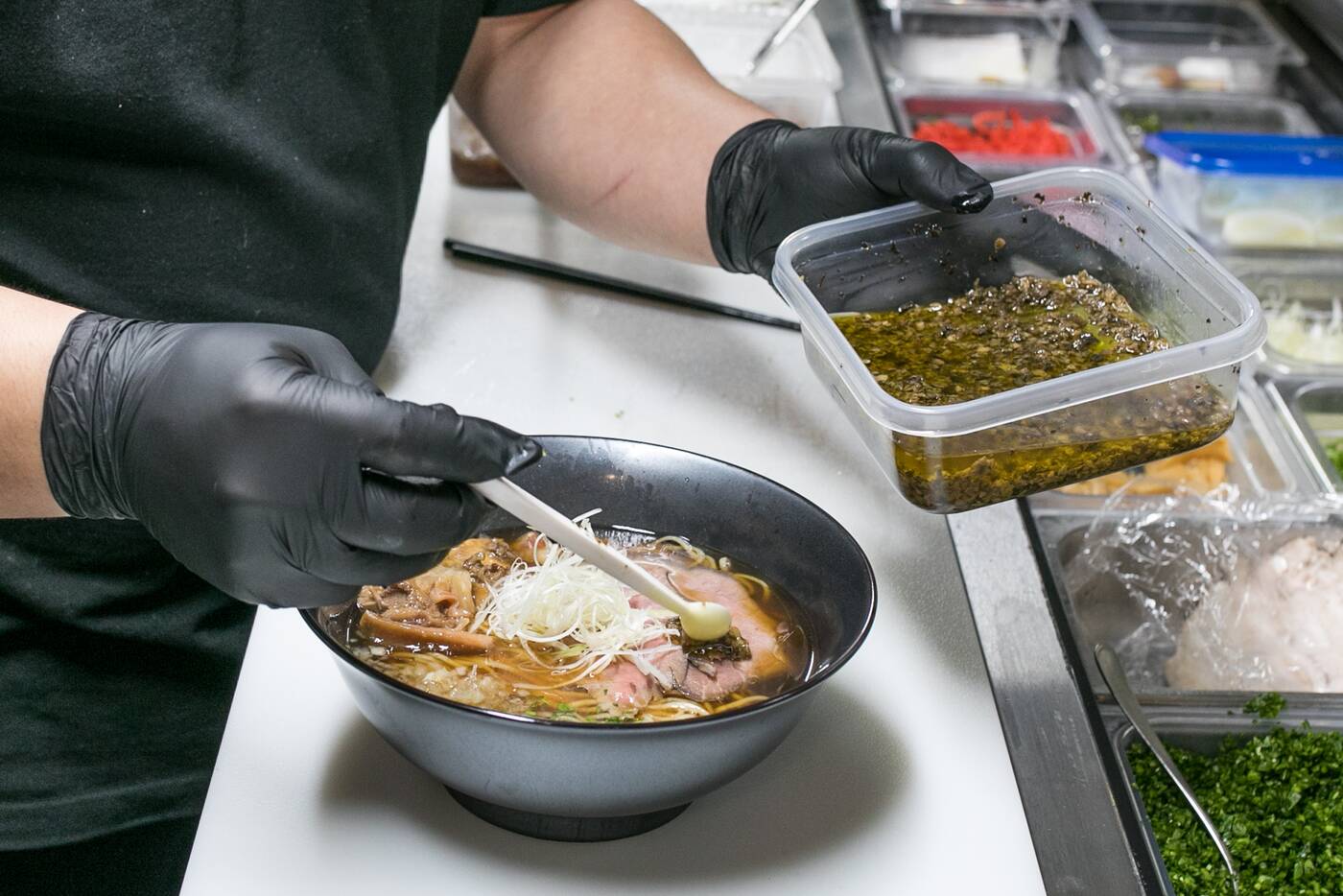 What's new is the wagyu and angus beef shoyu ramen ($19.50), which is a decadent, meat-filled bowl only available on Monday, Tuesday, or Sunday.

You won't find this dish uptown, though it was offered once at the Shibuya location as a secret menu item on Fridays. 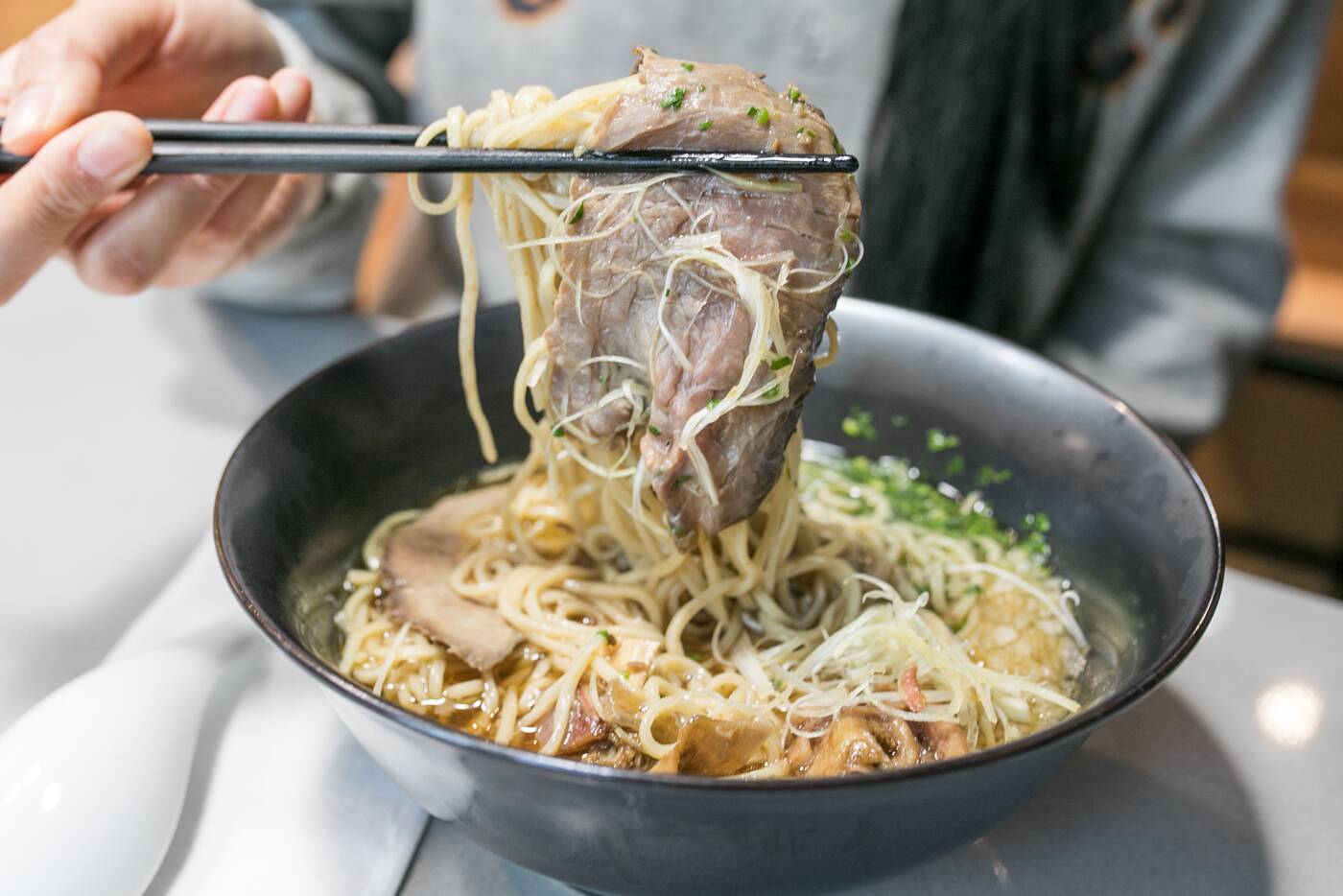 Roasted wagyu and angus beef come soaked with pieces of beef tendon and brisket. A spoonful of black truffle sauce intensifies the deep richness of the broth, made from beef bones, whole chicken, and dashi. 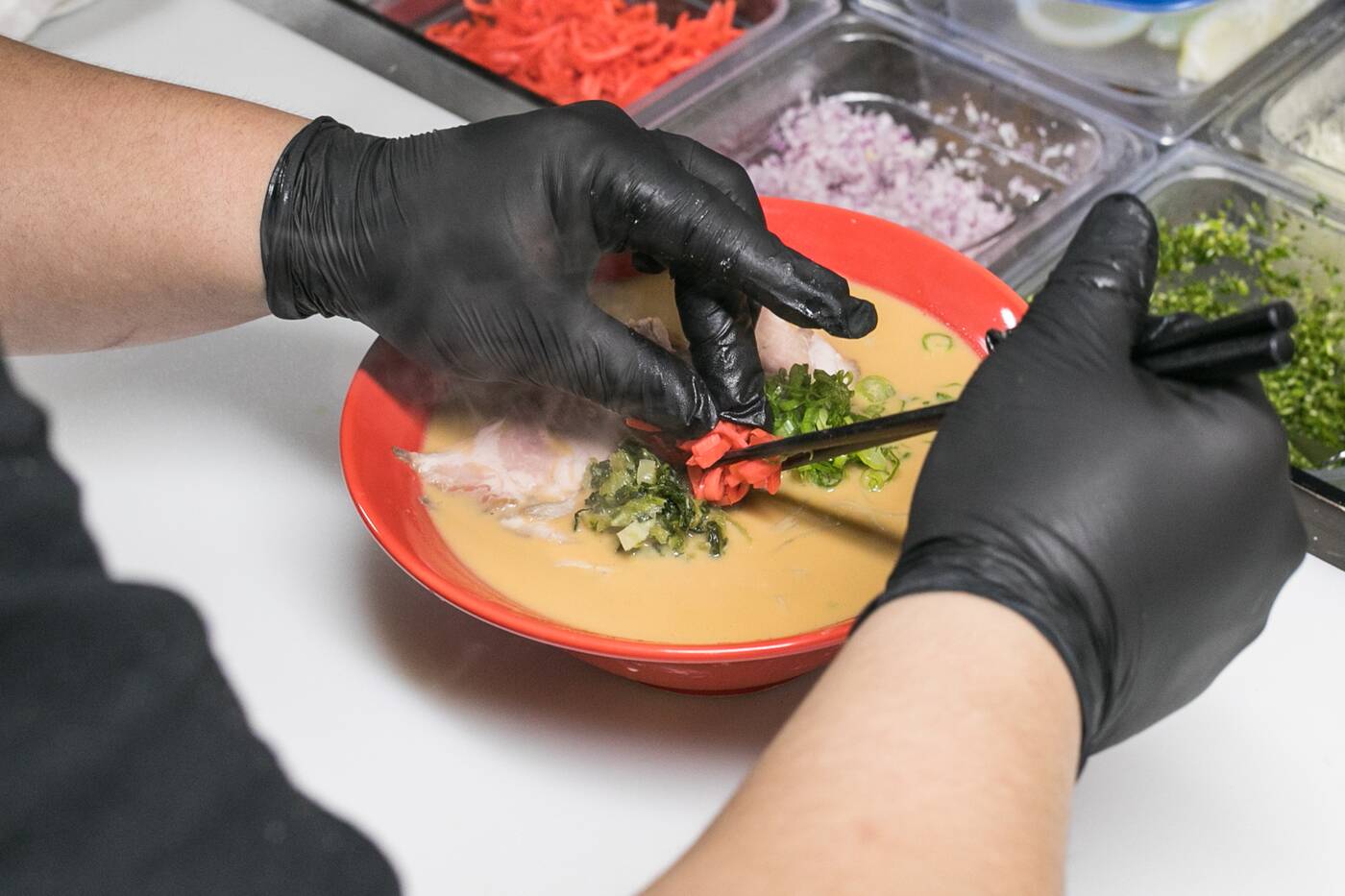 The tonkotsu broth ramen ($14) may look the same as uptown's version, but according to the chef, the pork bones are boiled for much longer (up to two days), making it less creamy and cleaner than the one on Yonge. 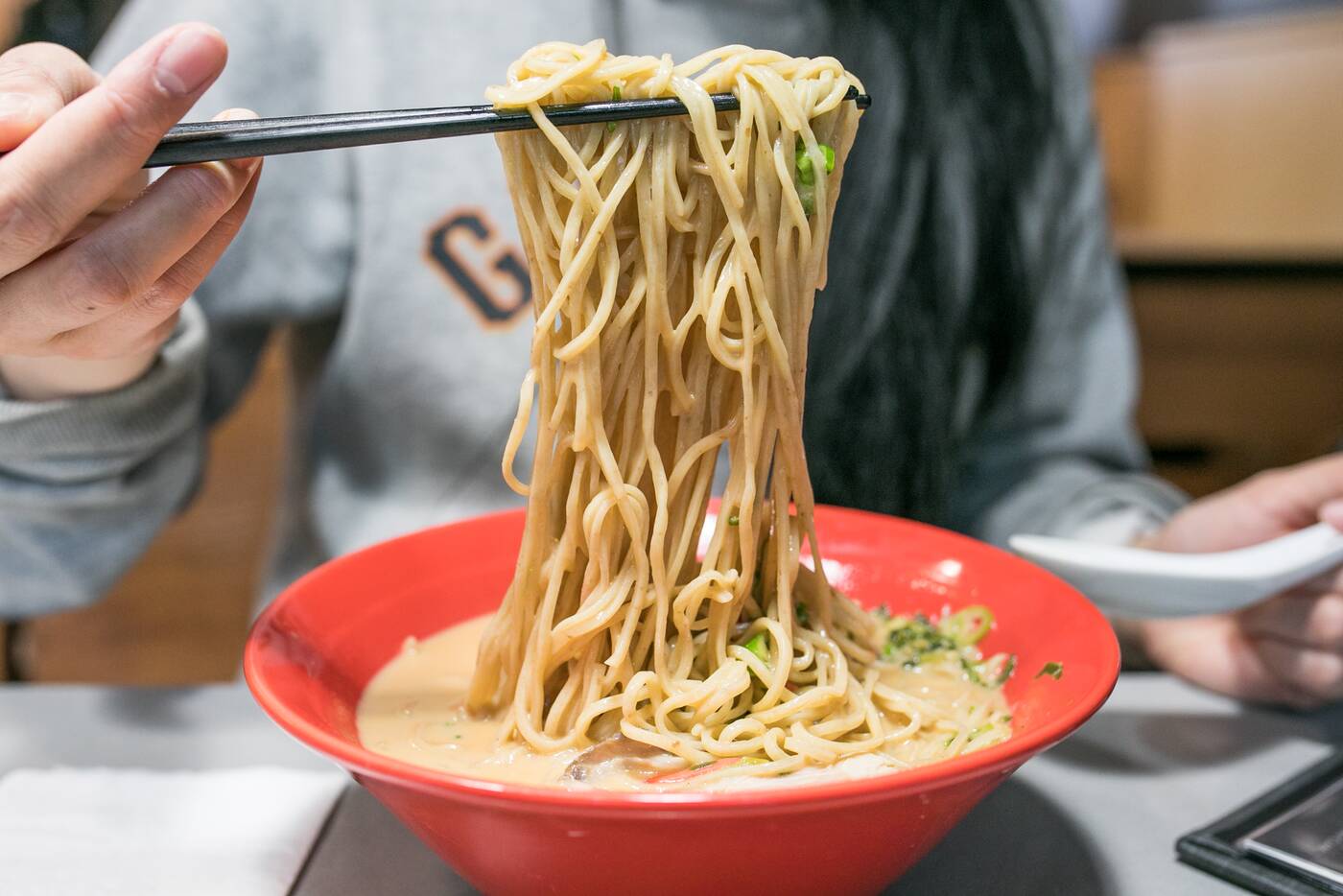 It comes with a side of sous-vide pork, chashu, and pork bone soup with hints of shellfish and shrimp. 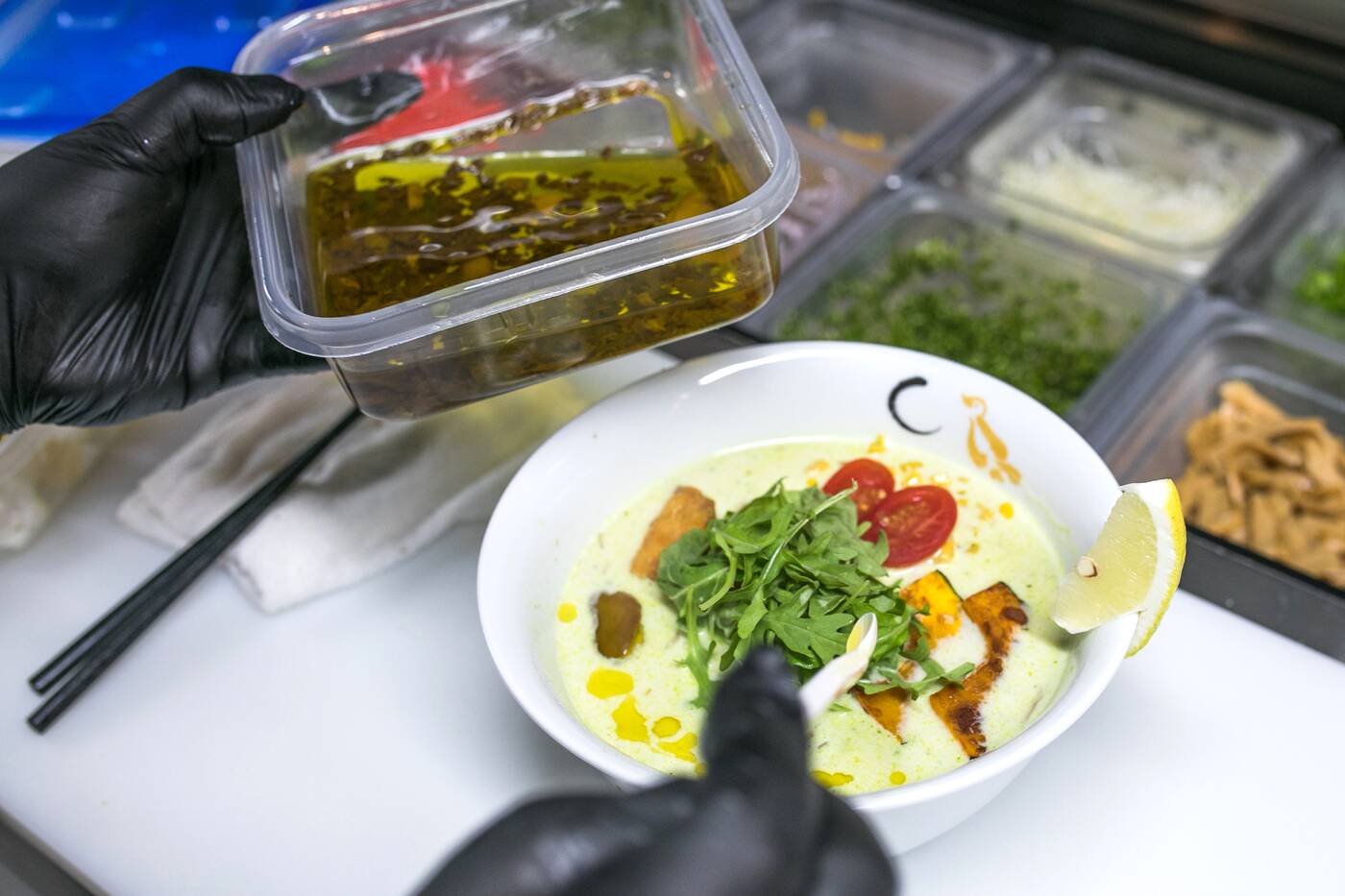 Last but not least is the the vegetarian ramen ($14), which might be the most adventurous take on meat-free broth in the city. 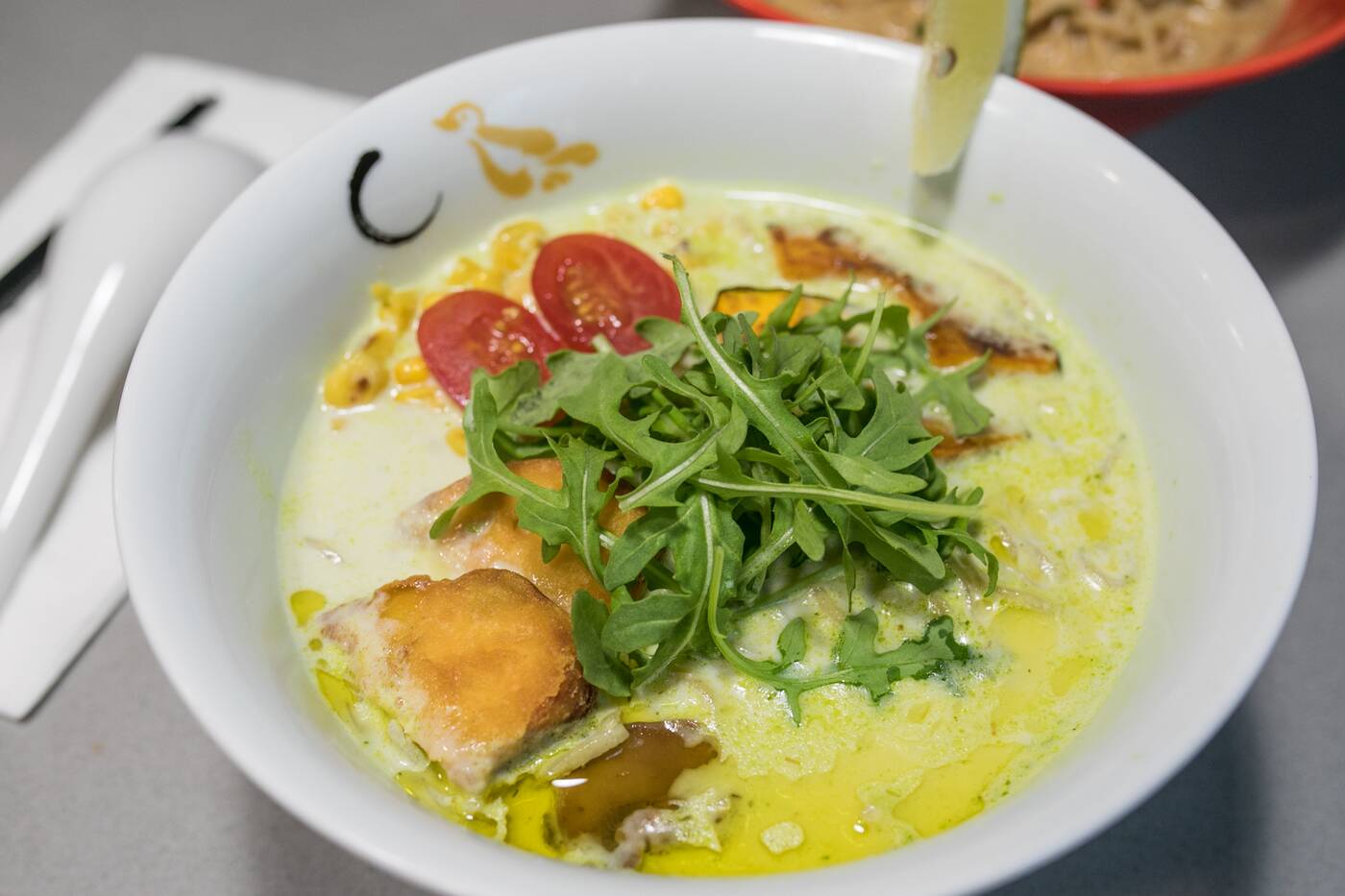 Subbing pork bones for avocado sauce, mushrooms, soy milk, and cream, this green broth is ridiculously rich. Make sure to stir all the ingredients well, and try it first before squeezing lemon juice in, to taste. 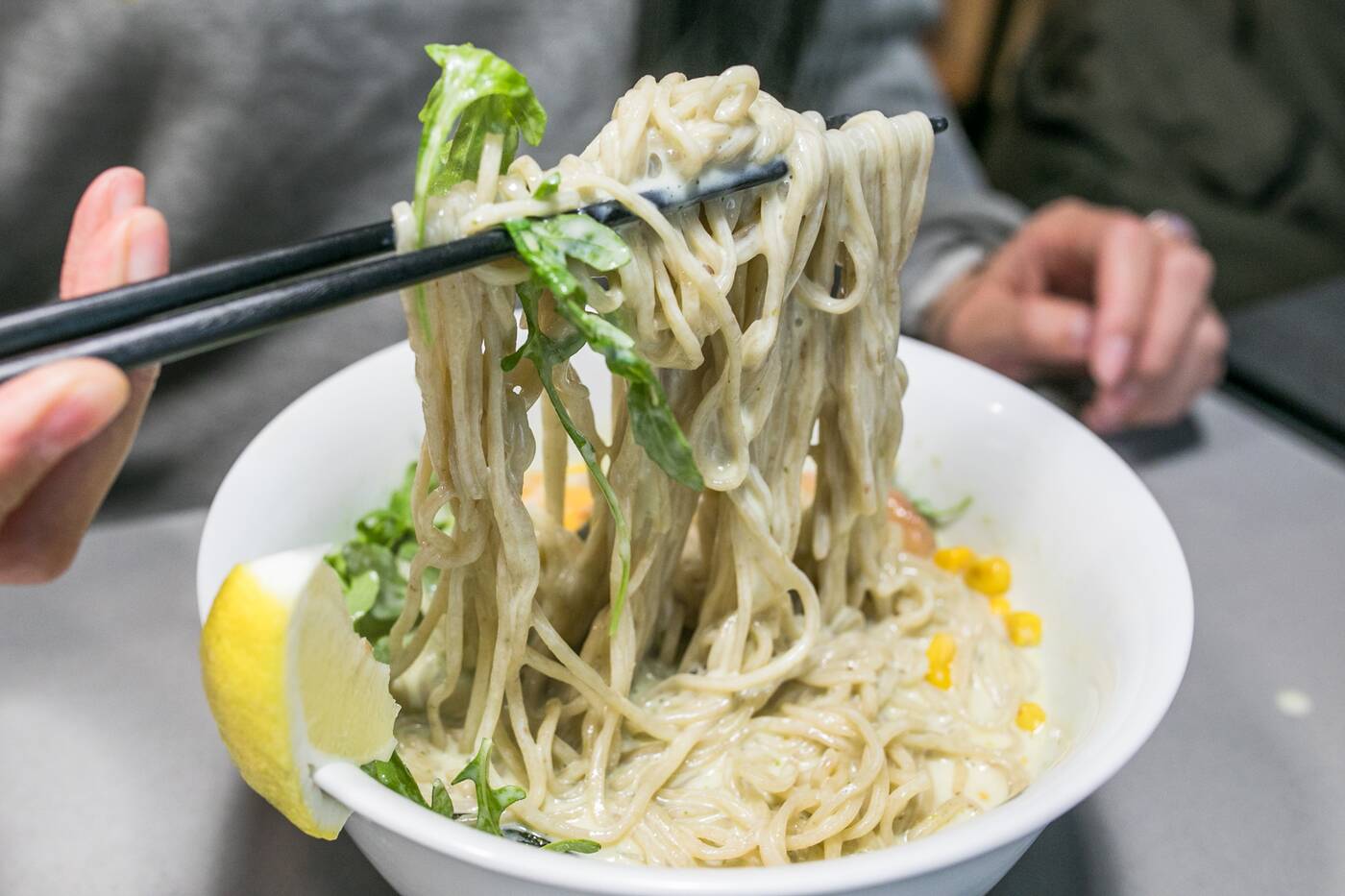 While not a first-choice for meat-eaters, it's a good option for vegetarians who are craving the creaminess of regular ramen bowls. The bowl also comes with roasted pumpkins, deep fried tofu, and homemade porcini oil.

Konjiki downtown will undoubtedly get busy: with proximity to one of the busiest intersections in the city, it'll be hard for stragglers not to accidentally wander here and encounter some of the best ramen in Toronto. 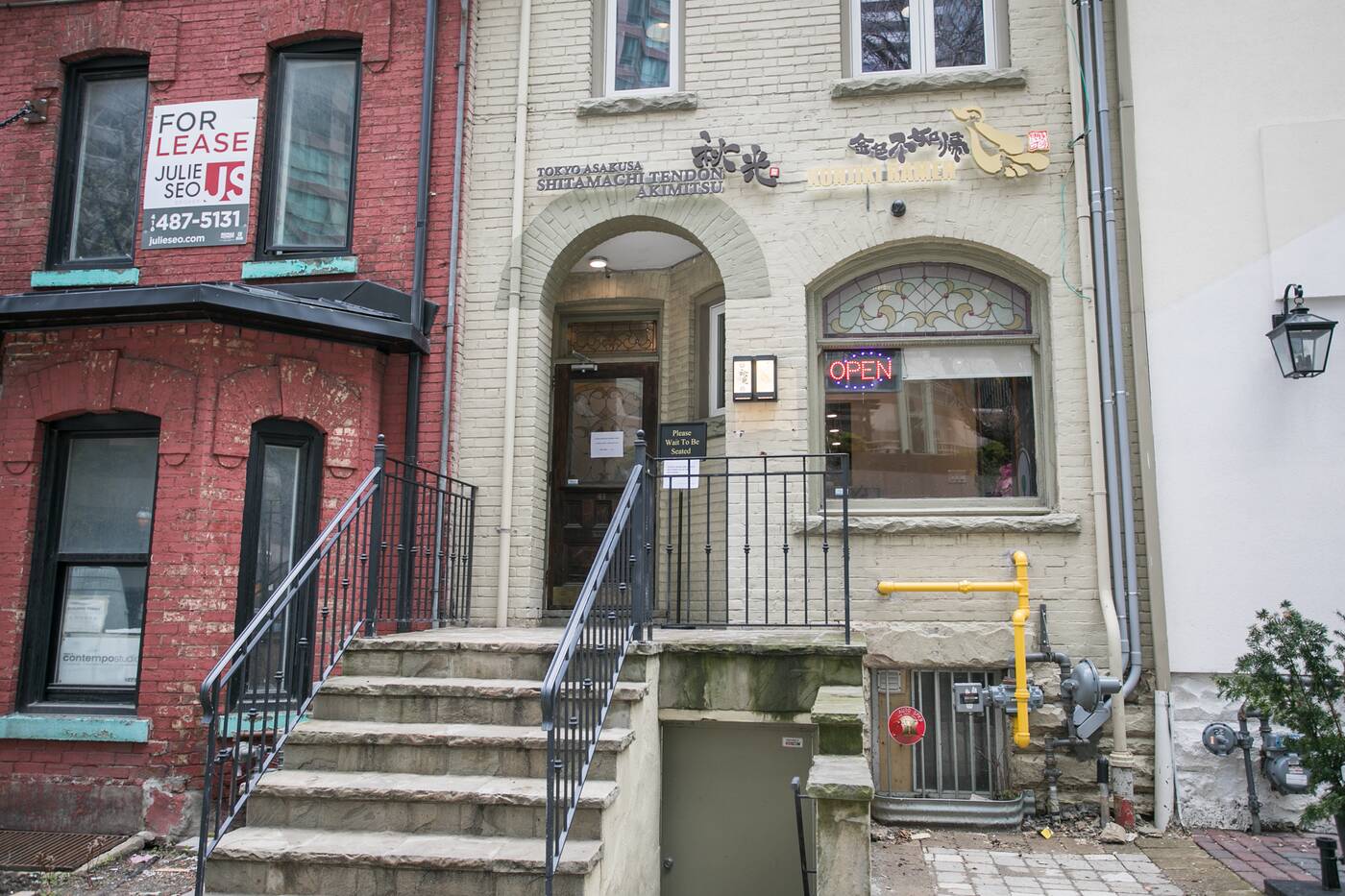