Karelia Kitchen opened up several days ago in Bloordale Village . The name presumably draws from Karelia, an area of Northern Europe that's split between the Russian and Finnish people. The food draws from this as well, with significant Scandinavian influences. 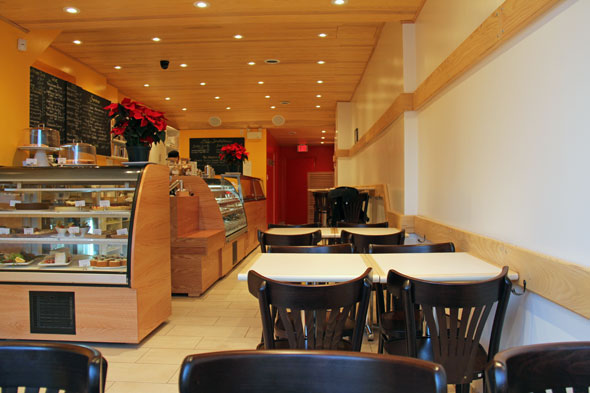 It has to be said: IKEA this isn't. Although the blonde wood accents and recessed ceiling lights are instantly reminiscent of the superchain's clean, modern design, the dark wood chairs and bright white tables break from the look. I'm greeted by a display case of elegant cakes and pastries such as creme caramel, trifles, and cookies (around $0.75 each), and instantly make a mental note not to leave without dessert. 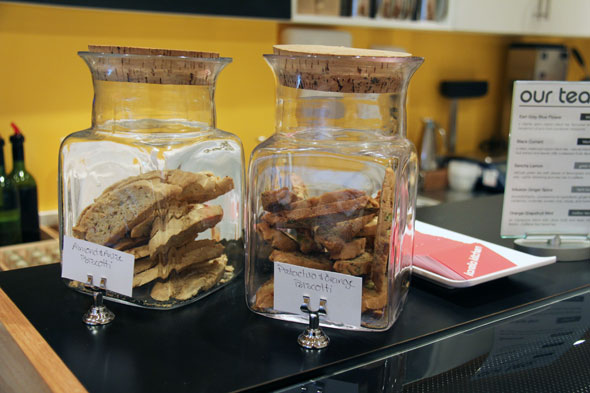 Beyond this, you'll find the shop's selection of 9 Smorrebrod, which are traditional open-faced sandwiches, topped with gourmet offerings. I balk a bit at the price ($8-$12 for a single slice of bread), but they come with a side of simply dressed greens, or a small soup or salad for $1.99. They also have a hot table, offering oxtail stew and pork loin stuffed with rose and apricot, but we're looking for something a bit lighter--although we might've been tempted by the promise of meatballs (which weren't yet available). 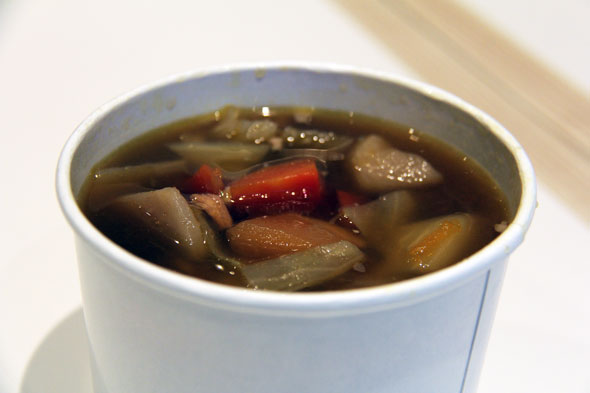 We start with a paradigm-shifting soup. I've never loved chicken noodle soup, but this soup sees organic chicken and vegetables come together in a smoked chicken stock that has me sitting glaze-eyed with pleasure and dumbly sniffing at it. Fortunately, it tastes just as good--the chicken is moist, the vegetables lend texture and a bit of freshness, but the stock itself is surprisingly delicate, and not salty in the least. 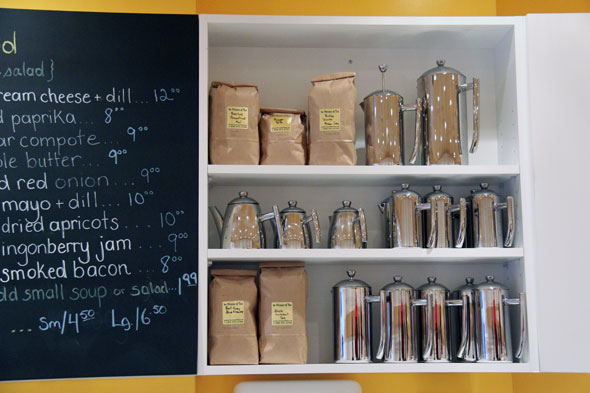 I'm told that they have a smokehouse of sorts on the premises, so the smoked salmon sandwich ($12) is a no-brainer. Several thin slices of smoked salmon, topped with a generous dollop of cream cheese, dill, what was probably a slice of quail egg, and large, orange fish roe. I pick off the egg (not a fan), and my complaints are few. I would've preferred a choice of bread, as dark rye is drier than I'd like, and I find myself daintily chewing around the heap of cream cheese--it's quite rich. The salmon was beautifully smoked, and the unexpected touch of fish roe lent an unusual flavour combination. 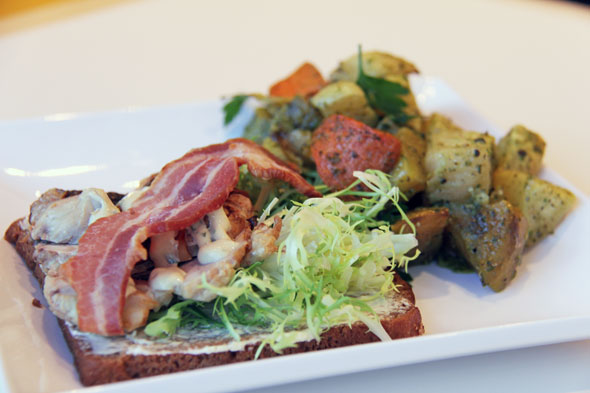 Next is the roast organic chicken with smoked bacon ($8) , which unfortunately falls flat for me. My dining companion liked it, praising the admittedly well-smoked strip of bacon that crowns the sandwich, but I found the chicken strangely flavorless--although it might've been lost beneath the large helping of mayo. Greens round out the sandwich, and here especially a warm slice of focaccia might've improved the dish.

We both opted for side salads, which come in small portions to accompany your sandwich ($1.99 each as a side, or $4.50 for a small). The golden beet salad sees small chunks of lightly dressed golden beets tossed with raisins and grains. It's satisfying and fresh-tasting, if not particularly flavorful--which is to say, it's not slathered in sauce, but rather lets the subtle zest of the beet shine through. We also try the root vegetable salad--an assortment of root vegetables among which the carrot, strangely, is the standout. It's rare that a restarant-prepared root vegetable ever evokes the taste of the actual garden, but this one did. 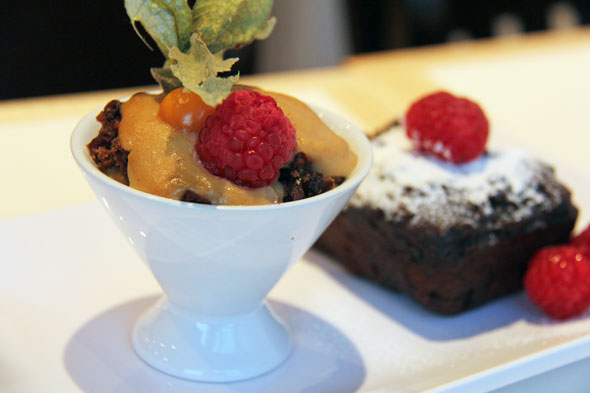 Then, there's dessert. Cookies are available individually or in bulk, but it's the custard trifle (presented in a white ceramic cup, and topped with a flurry of fruit) and the "drunk" fruit cake ($4) that catch my eye. The former is rich, but not cloyingly sweet and arrives in a small enough portion ($2) that you don't feel over-the-top decadent. The latter, however, is amazing in my opinion, although my dining partner laments the fact that they're both "Christmas cake"--bah humbug. The "drunk" misnomer comes from a soak of maraschino liquor, which keeps it somewhat moist, but every other forkful yields a fruit and the cake itself is subtle and light. 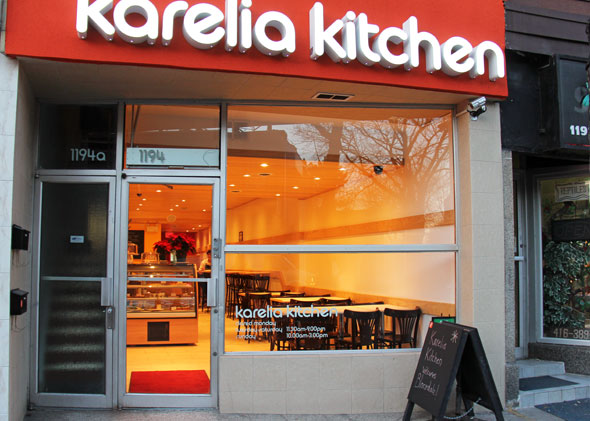 Aside from what was tried above, you'll also find coffee, tea, and fresh fruit juices, as well as a good selection of tipple such as wine, spirits, and beer. And if you love their house-smoked goods, Karelia Kitchen even has some available for take-away.