Kabob Guys is an Afghan kebab restaurant that comes to us from a previous employee of one of Toronto's most popular kebab chains, Naan & Kabob.

The idea here is that this is a more modern, casual, simplified take on a traditional afghan kebab restaurant with a more stripped-down menu. 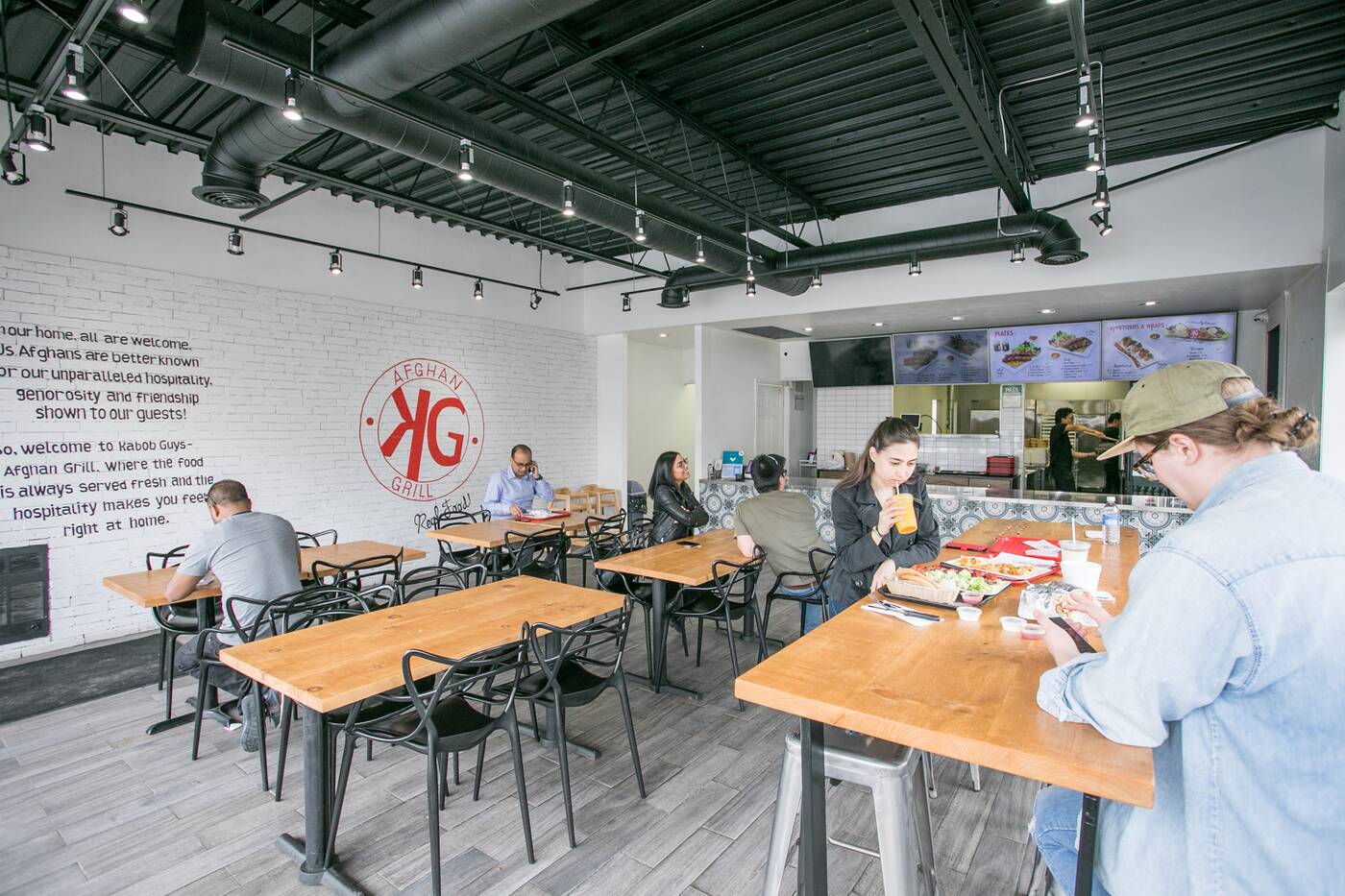 The 30-seat space is indeed clean and modern with bright, bold, basic graphics and lots of table space to spread out and feast. 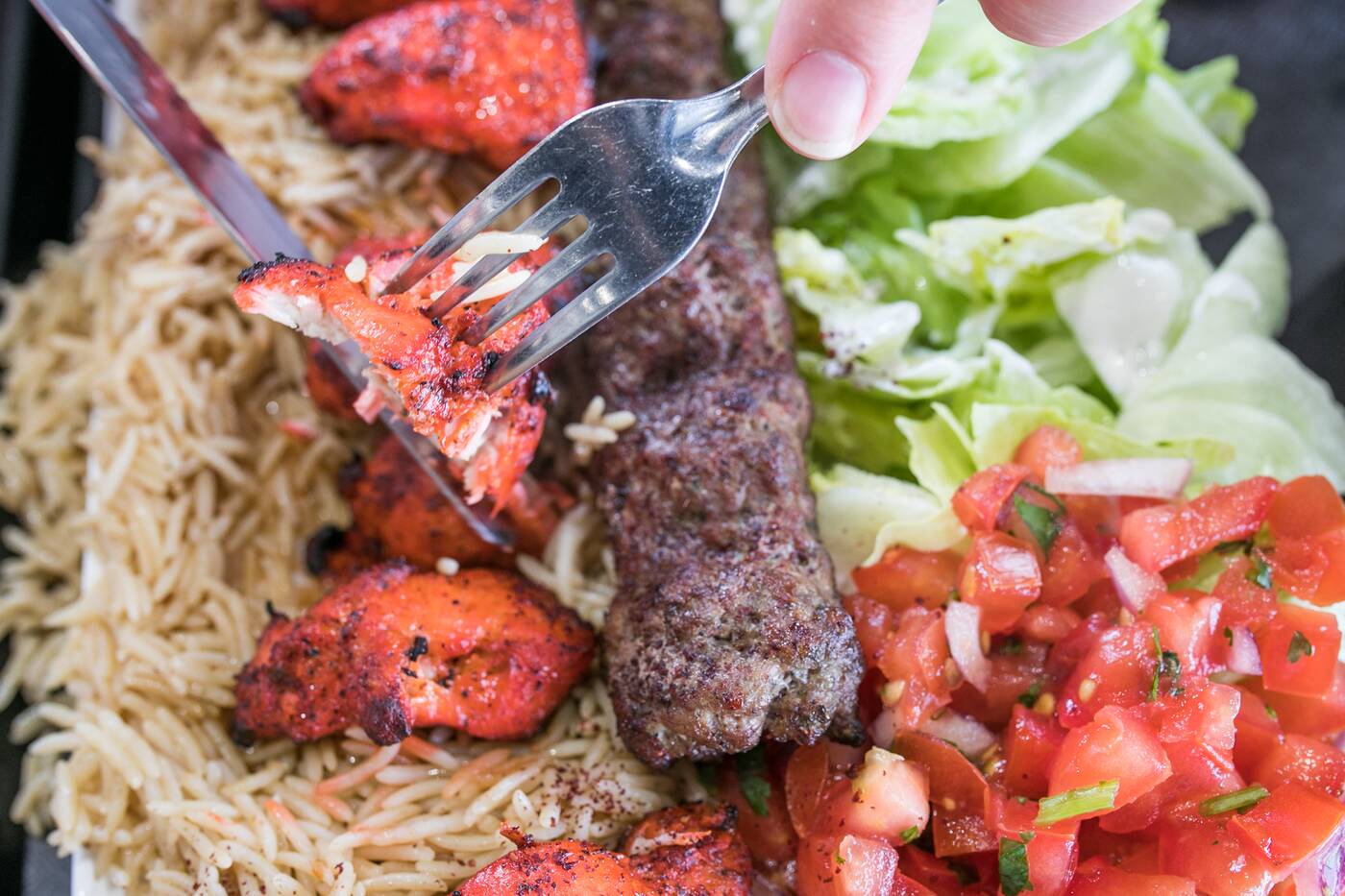 Waziri Tandoori ($14.49) is a very traditional combo offered at Afghan kebab restaurants, a pairing of grilled ground beef and tandoori chicken kebabs served on a bed of rice with salad, naan, white sauce and a kind of spicy chunky salsa-like hot sauce.

I feel like the hot sauce goes better with the earthy beef kebab and the white sauce works best with the spicy, dense, juicy chicken, both made in house. 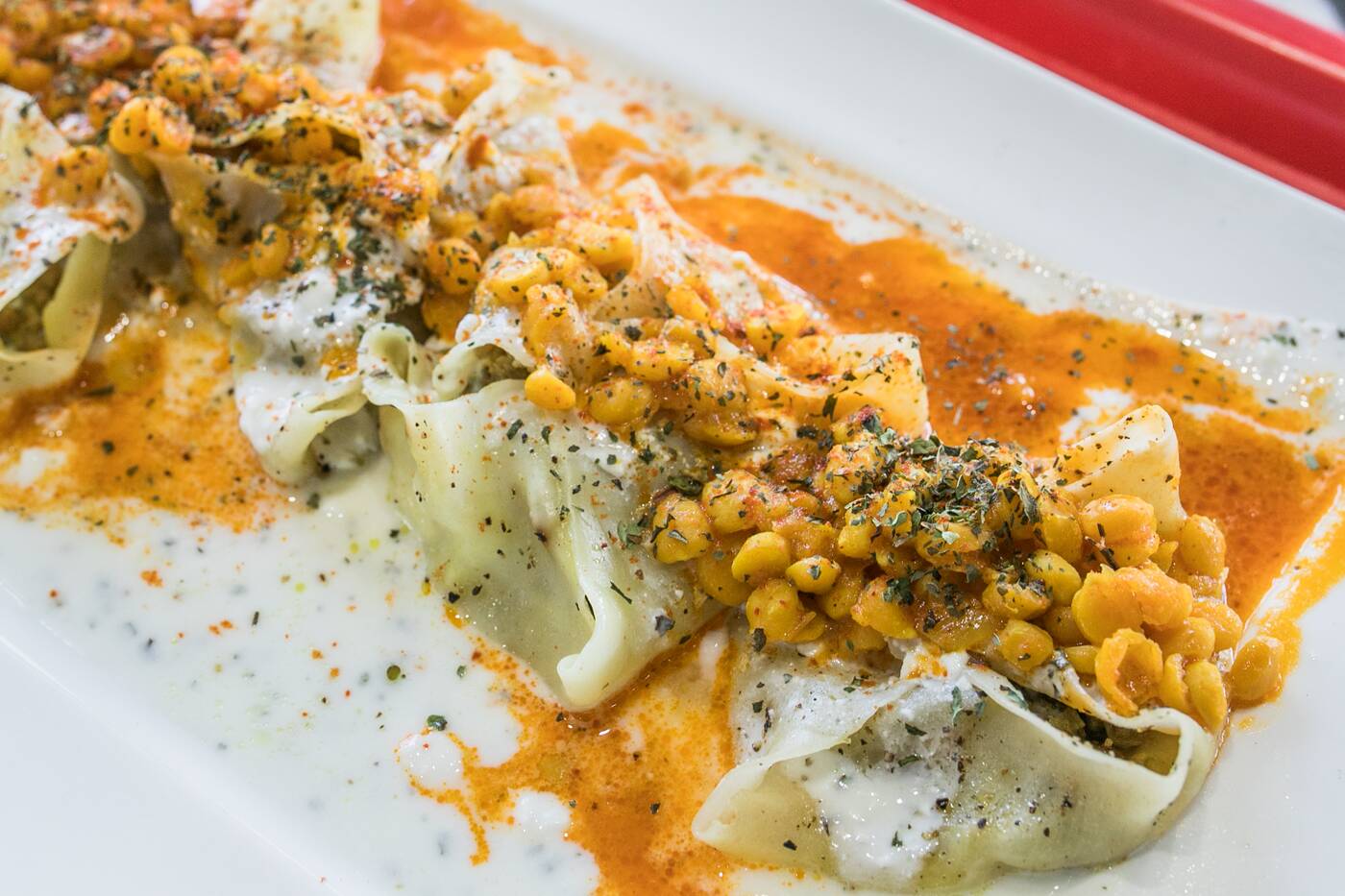 Mantu are $6.99 for an order of five, similar to Turkish or Armenian manti. Handmade dumplings are filled with marinated ground beef and onion and served with split pea, tangy yogurt and bright herbs for a saucy and comforting, yet relatively light dish. 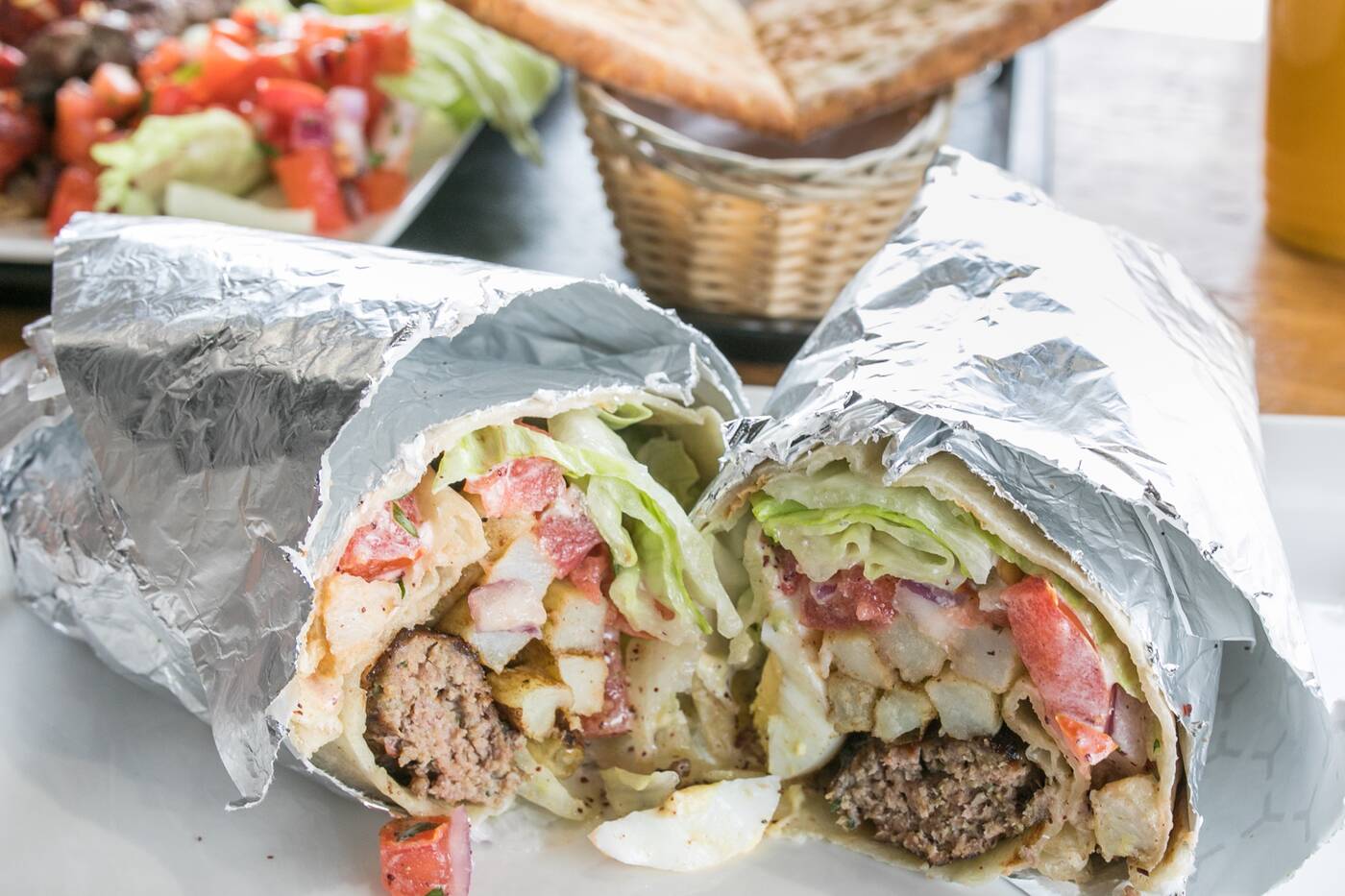 The Shaare Noww Burger ($6.49) is apparently a rendition of a popular Afghan street food, a tortilla stuffed with the same ground beef kebab included with the Waziri Tandoori, salad, onion, egg, fries and sauces. 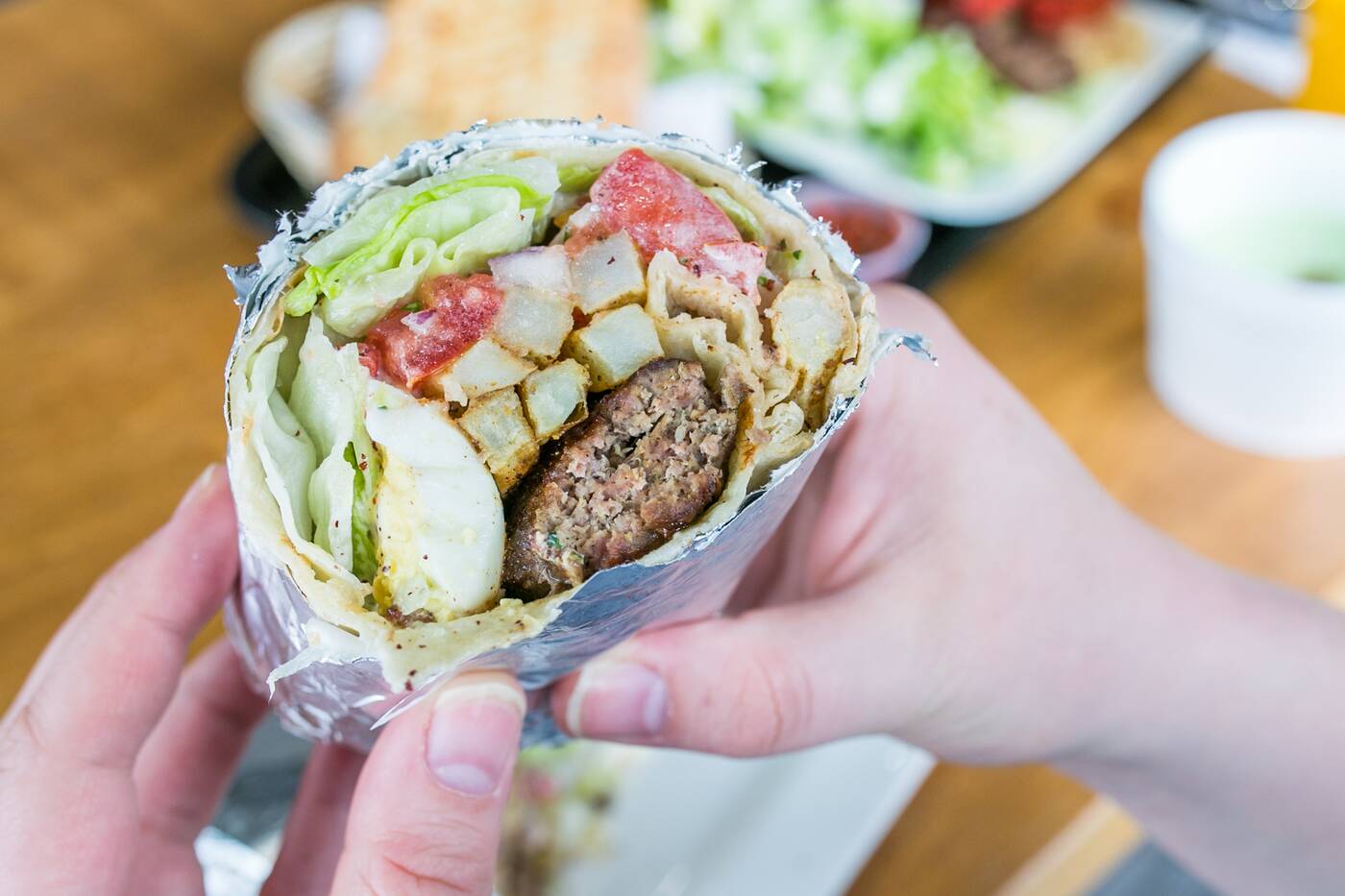 Maybe it's different in Afghanistan, but there's no real way to get everything in one bite, and the overstuffed wrap tends to fall apart. While this is a very original and fun way to experience Afghani cuisine, the components are just as strong—if not more so—when separated in a plate form. 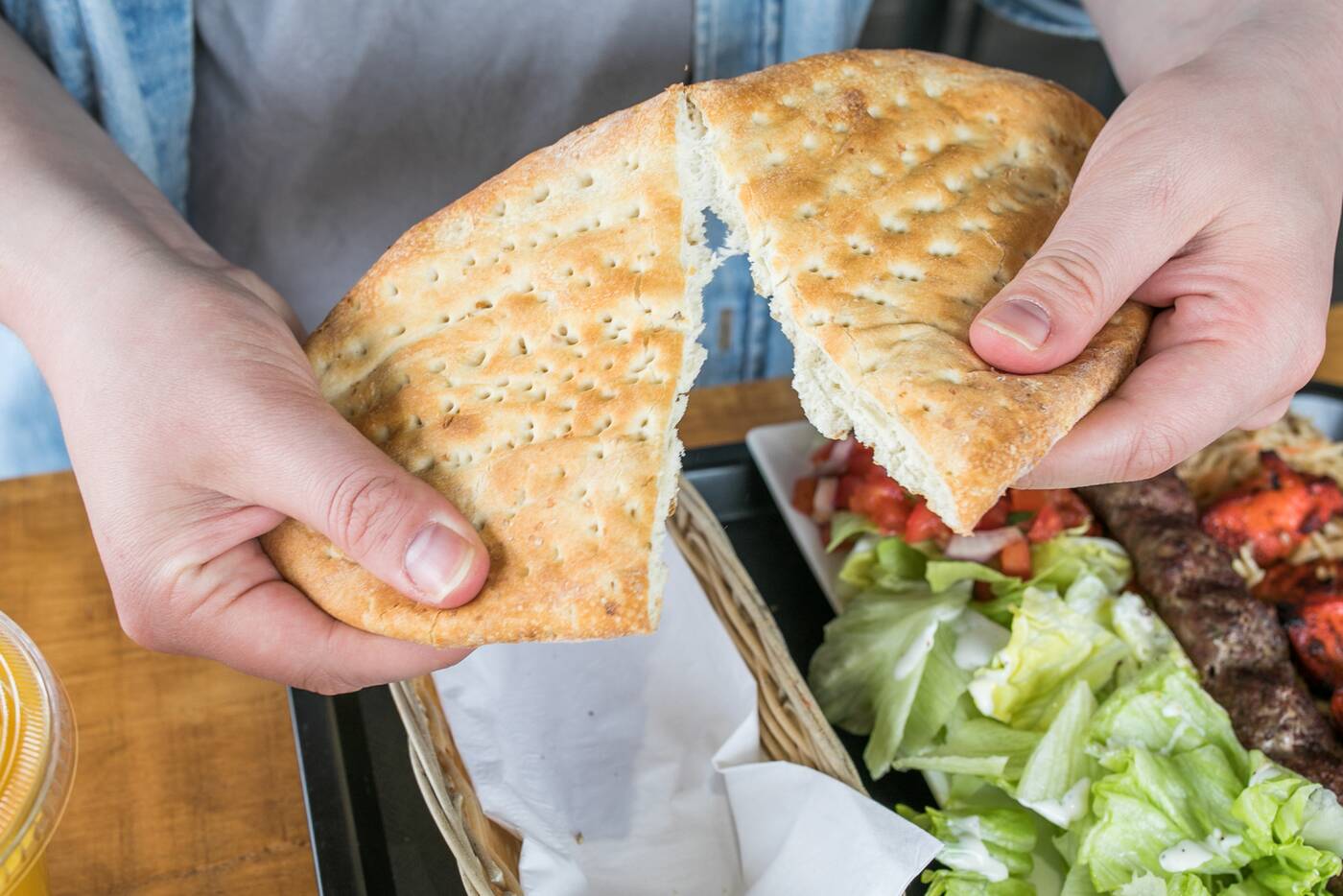 Stiff Afghan naan that comes with plates is not to be confused with bubbly, elastic Indian naan. There are many ways to eat it, but it's usually torn and eaten between bites of other components rather than dipped into curries or sauces. It also comes stuffed with spicy potato with yogurt on the side as an appetizer, known as bolani ($5.99). 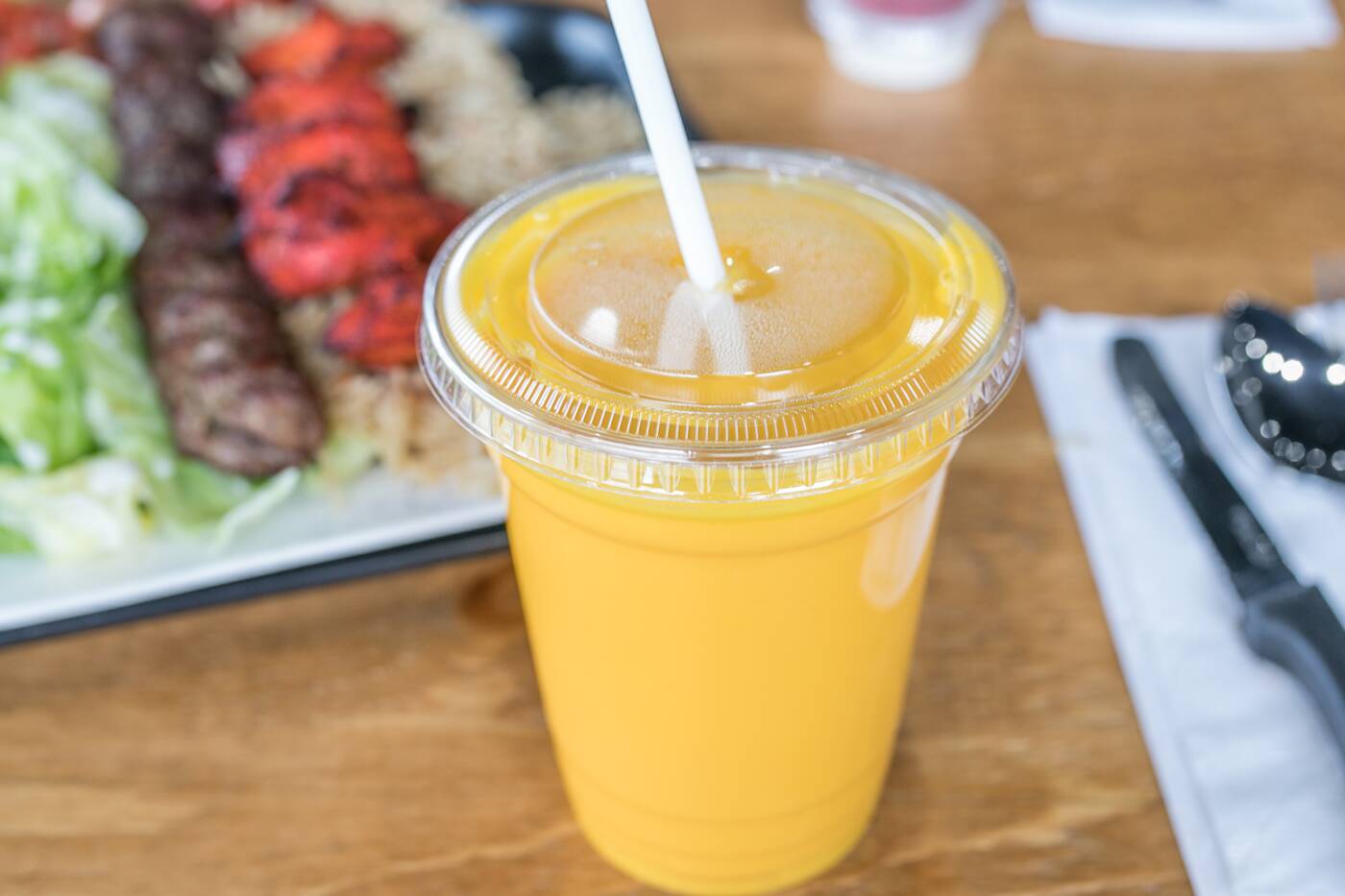 Mango smoothies ($2.99) made in house are thick, naturally sweet and fruity. 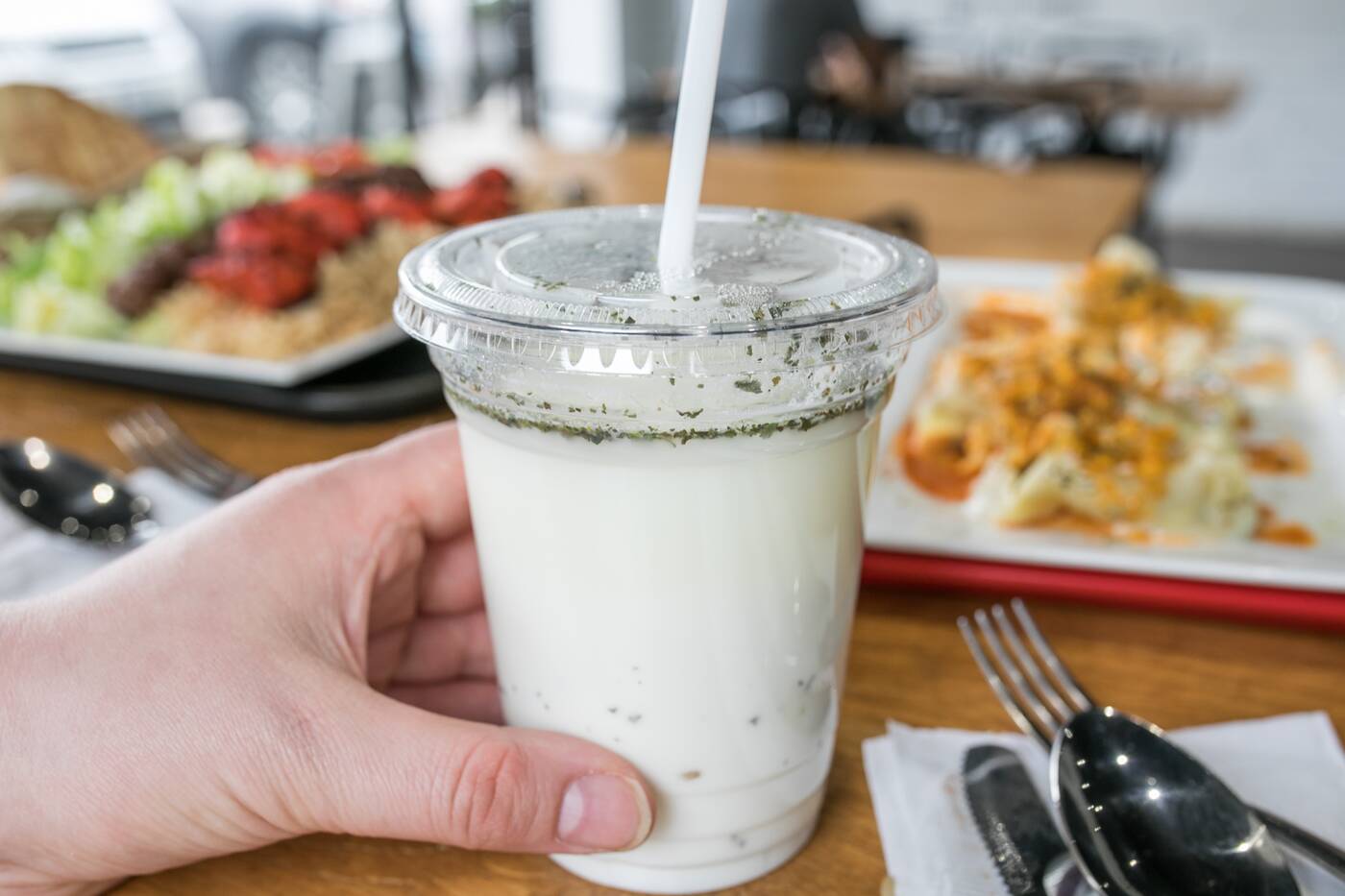 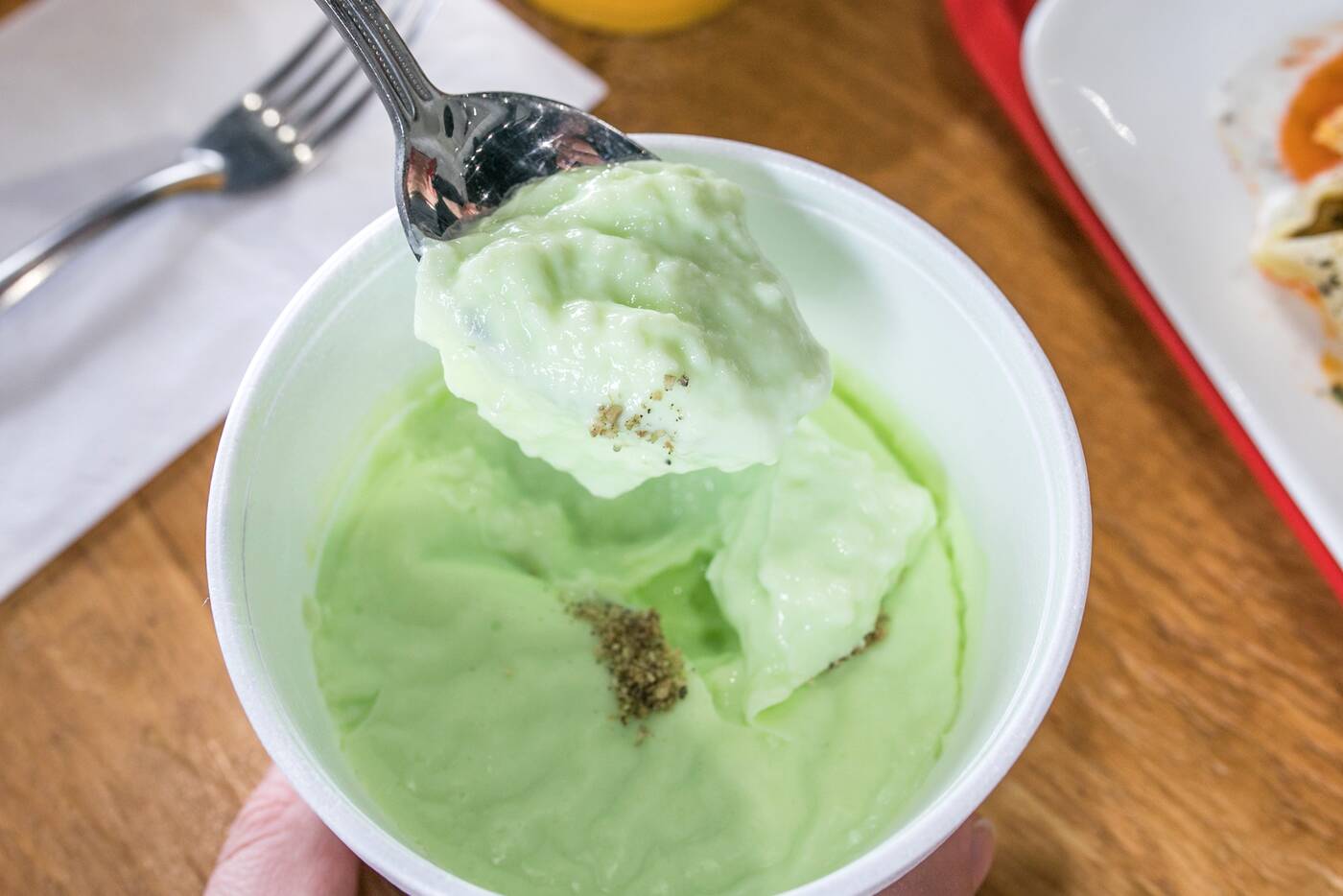 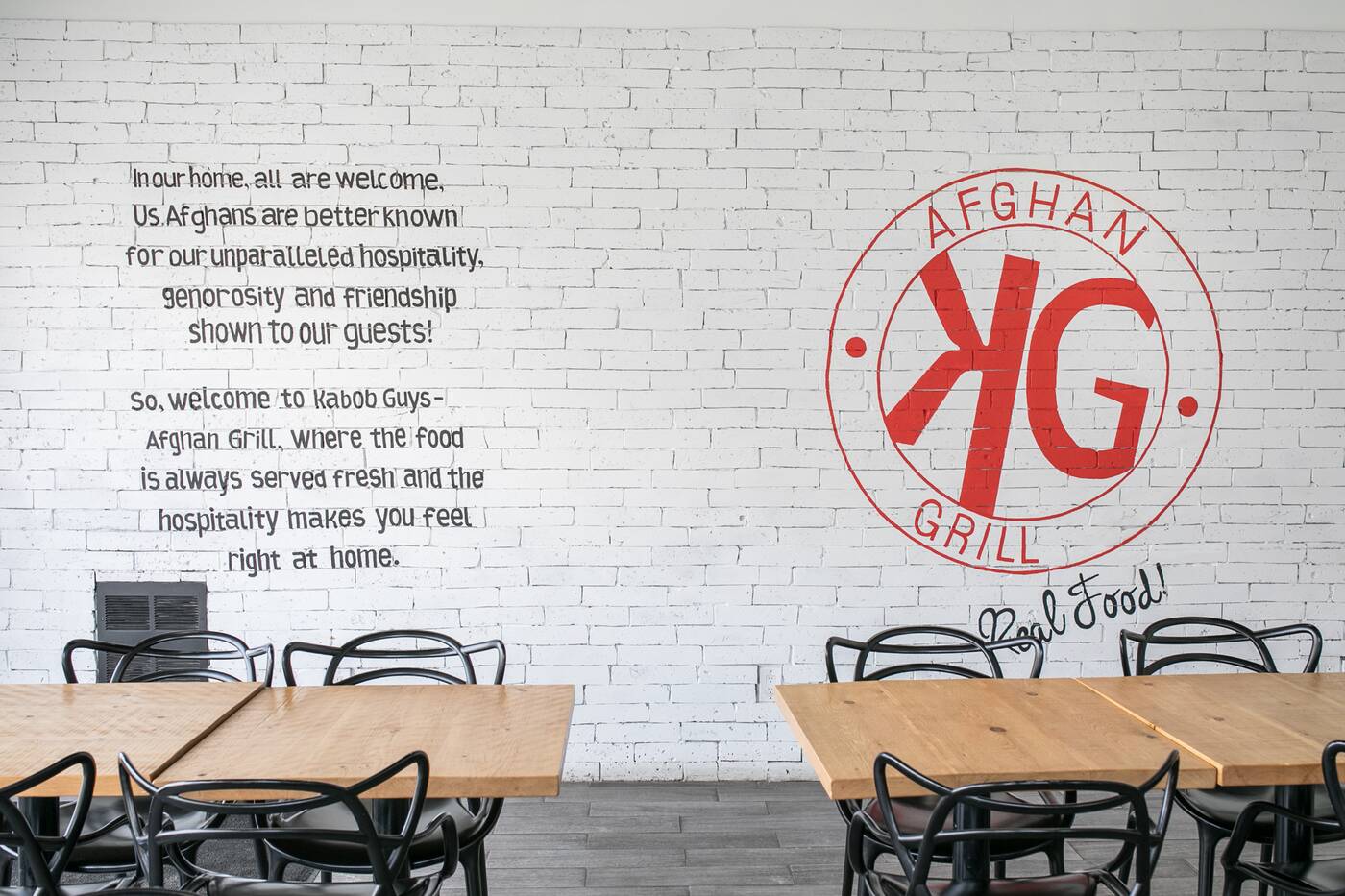 Even though all kebabs are hand packed onto skewers and grilled to order, service is relatively speedy, and they also do delivery and catering. 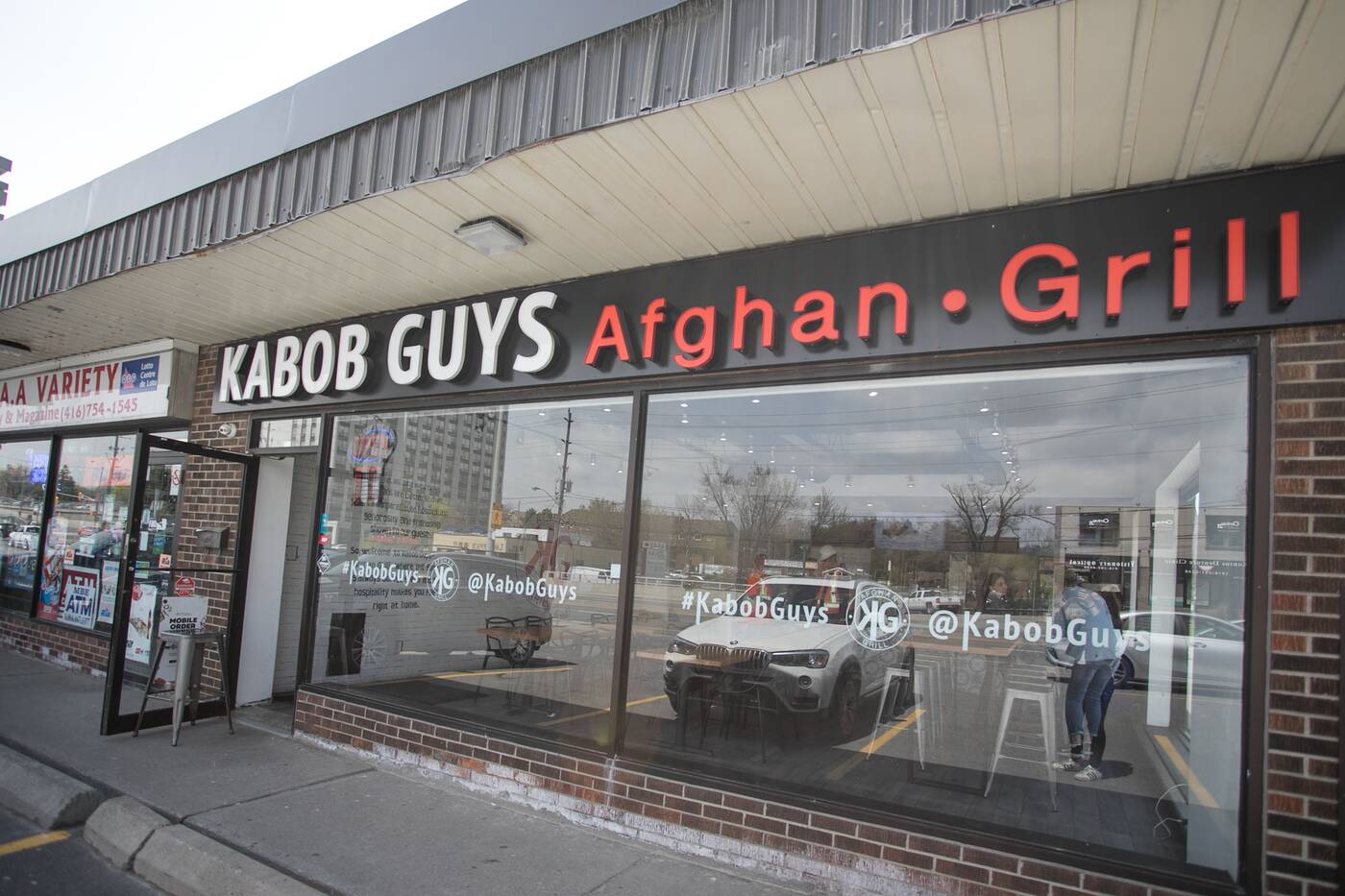