The massive dining room with a 300-person capacity feels awfully similar to a banquet hall complete with a kitschy carpet, white tablecloths, and a few private rooms in the back reserved for parties of 30 or 40. 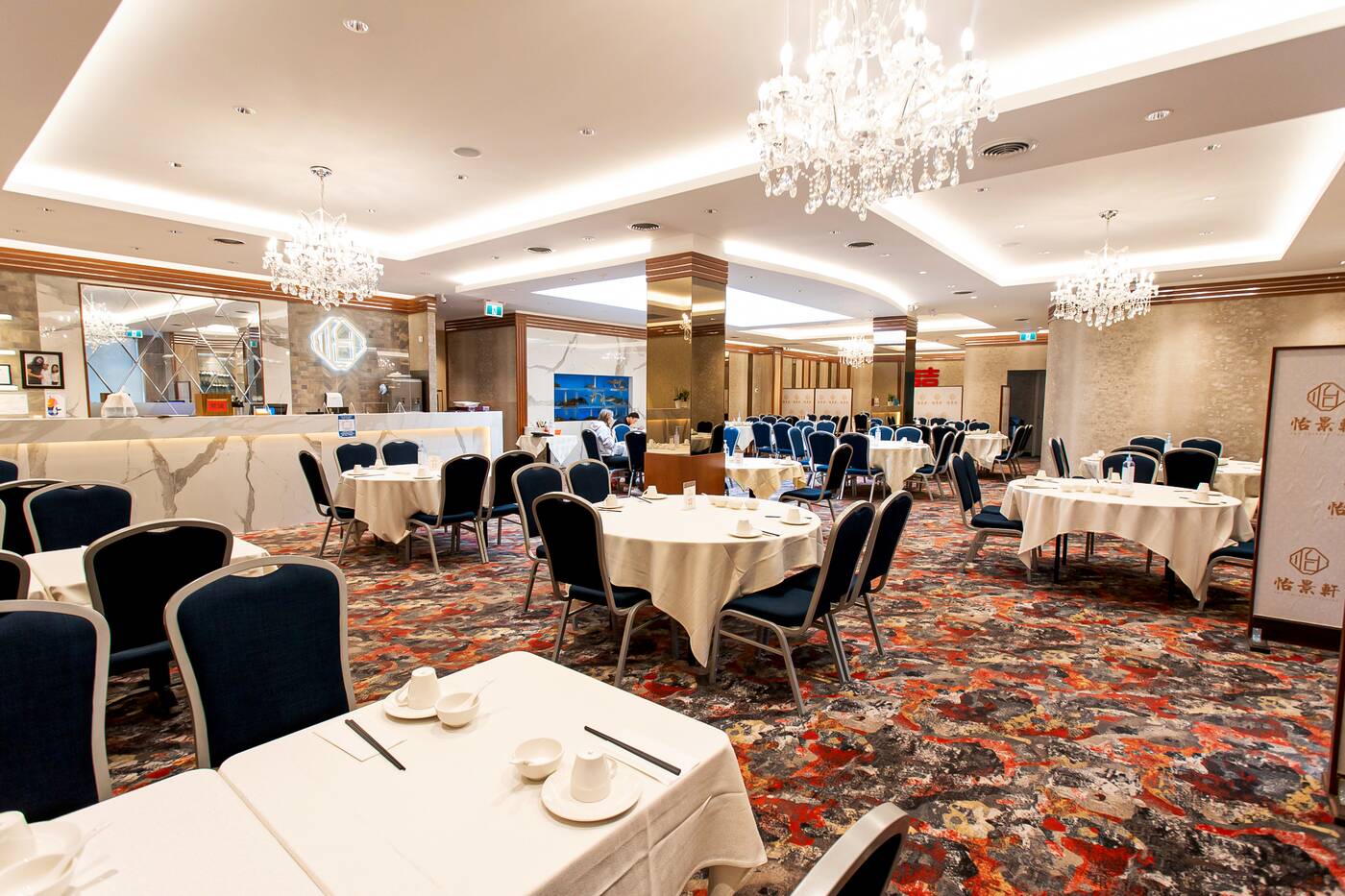 A large water tank on one of the walls holds sea bass, Pacific geoduck, giant Alaskan crab and other types of exotic sea creatures available on the menu. 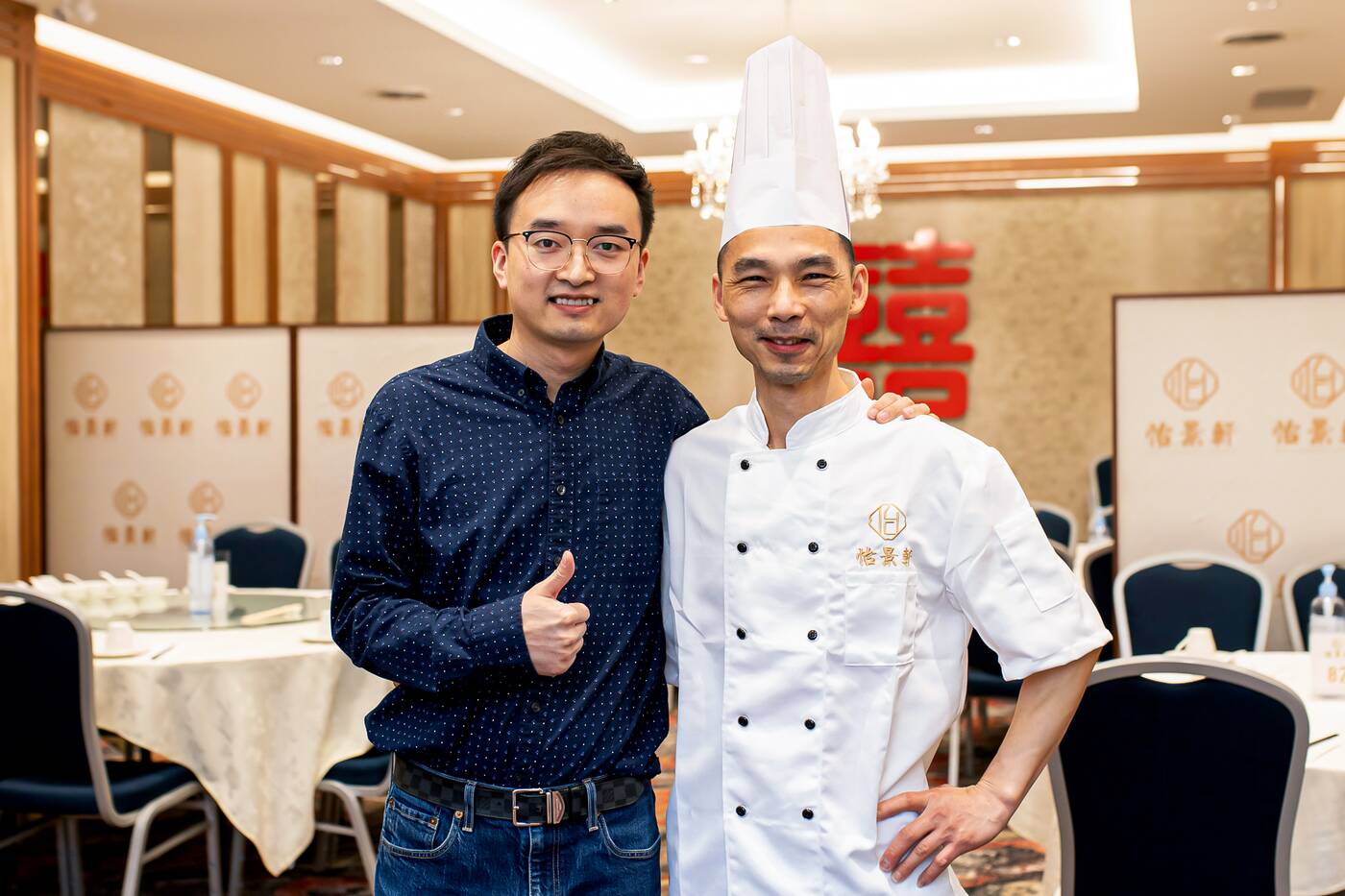 Chef Jim Liao, who has owned Sun Star Chinese Cuisine since 2005, opened J&Y with a longtime customer of the restaurant, Yang Gao. 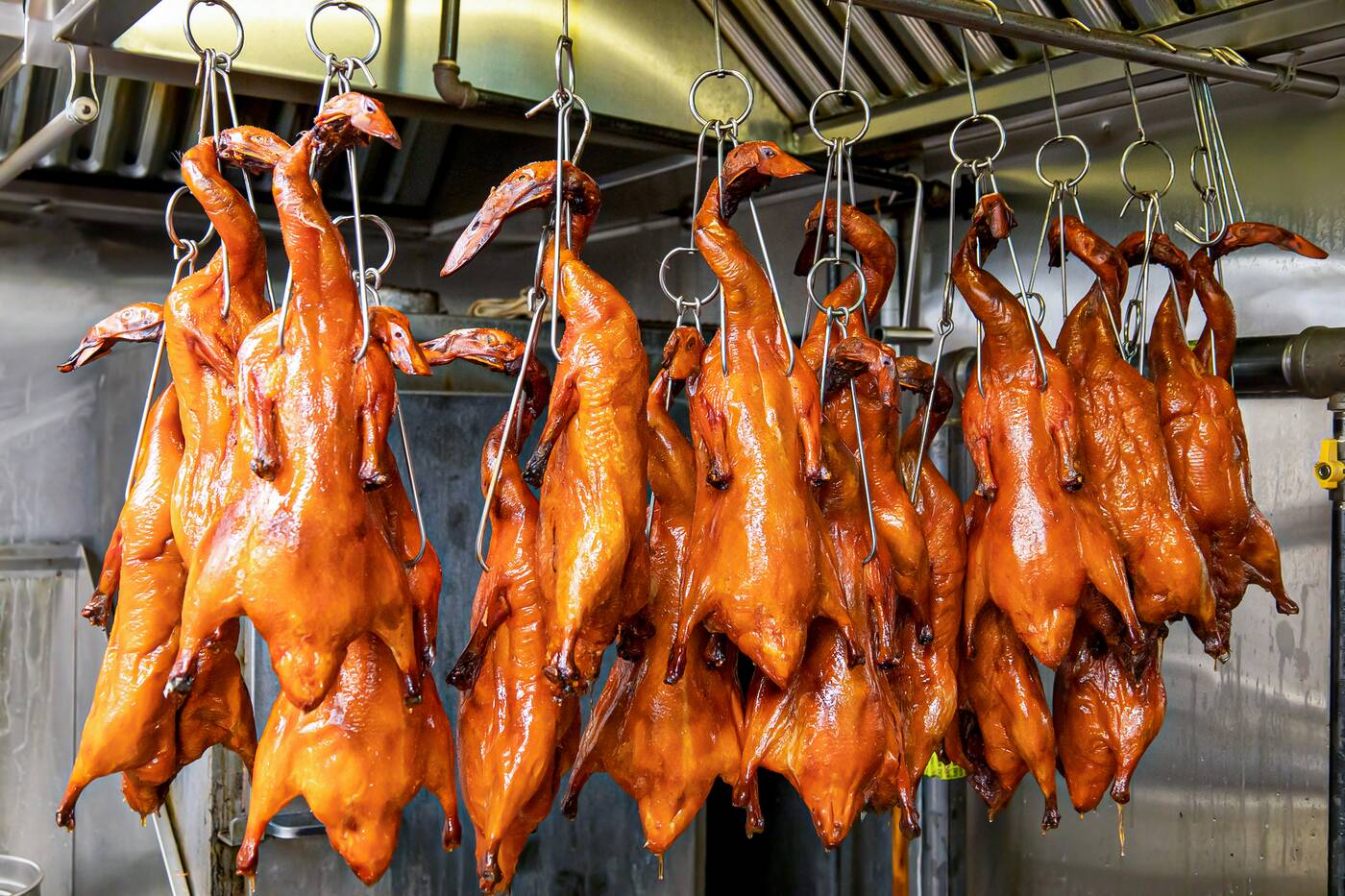 A fan favourite on the menu, Peking duck follows a cooking method that's been around as long as the northern and southern Chinese dynasties.

The entire process takes a total of two days and includes plucking, gutting, rinsing and boiling the white Pekin ducks before hanging them up to dry. While hanging, the ducks are repeatedly basted with a marinade, which helps to maintain moisture. 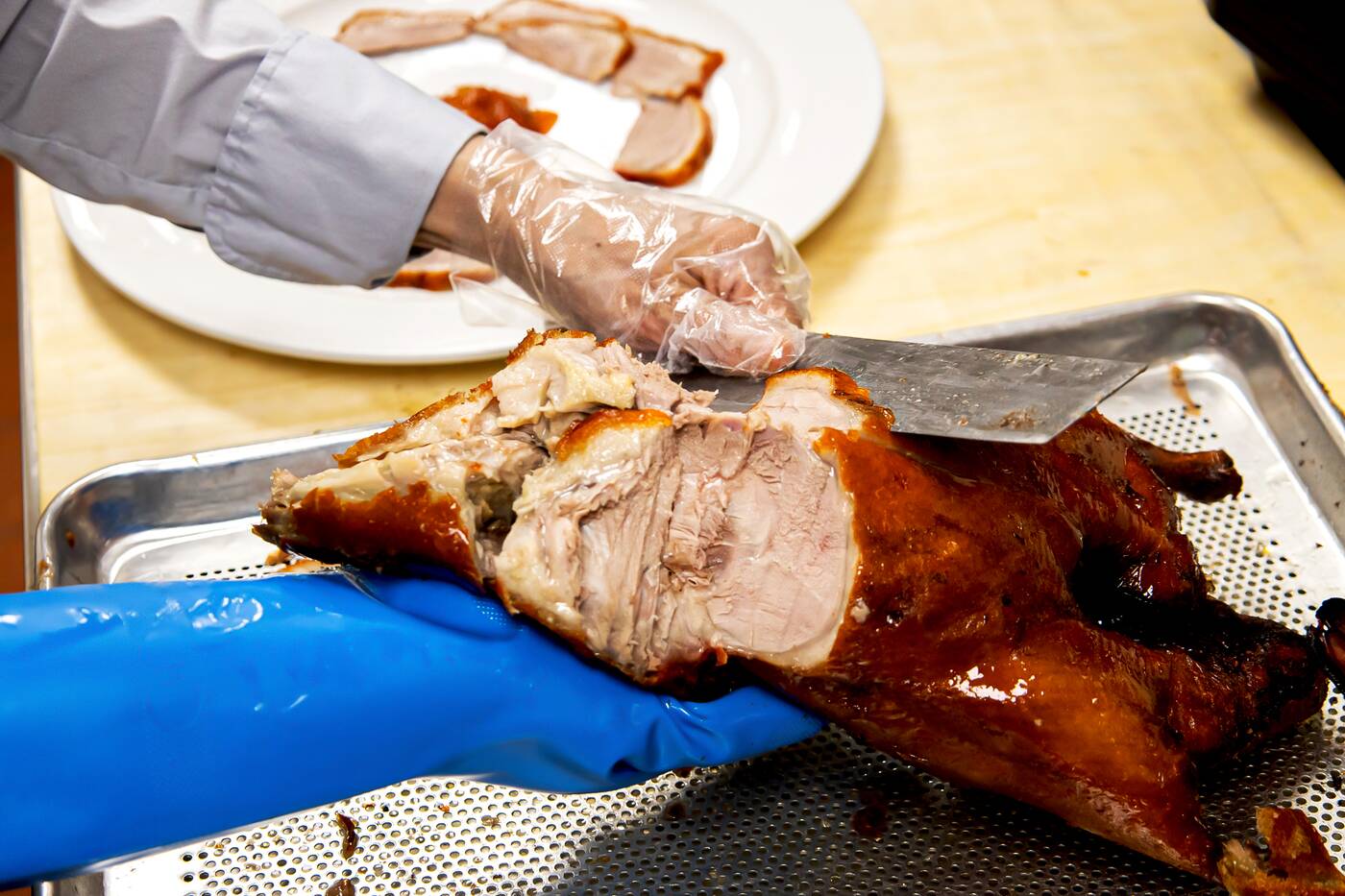 From there, the ducks get roasted in an oven until the skin turns a shiny, golden brown and then sliced and plated for the first course. 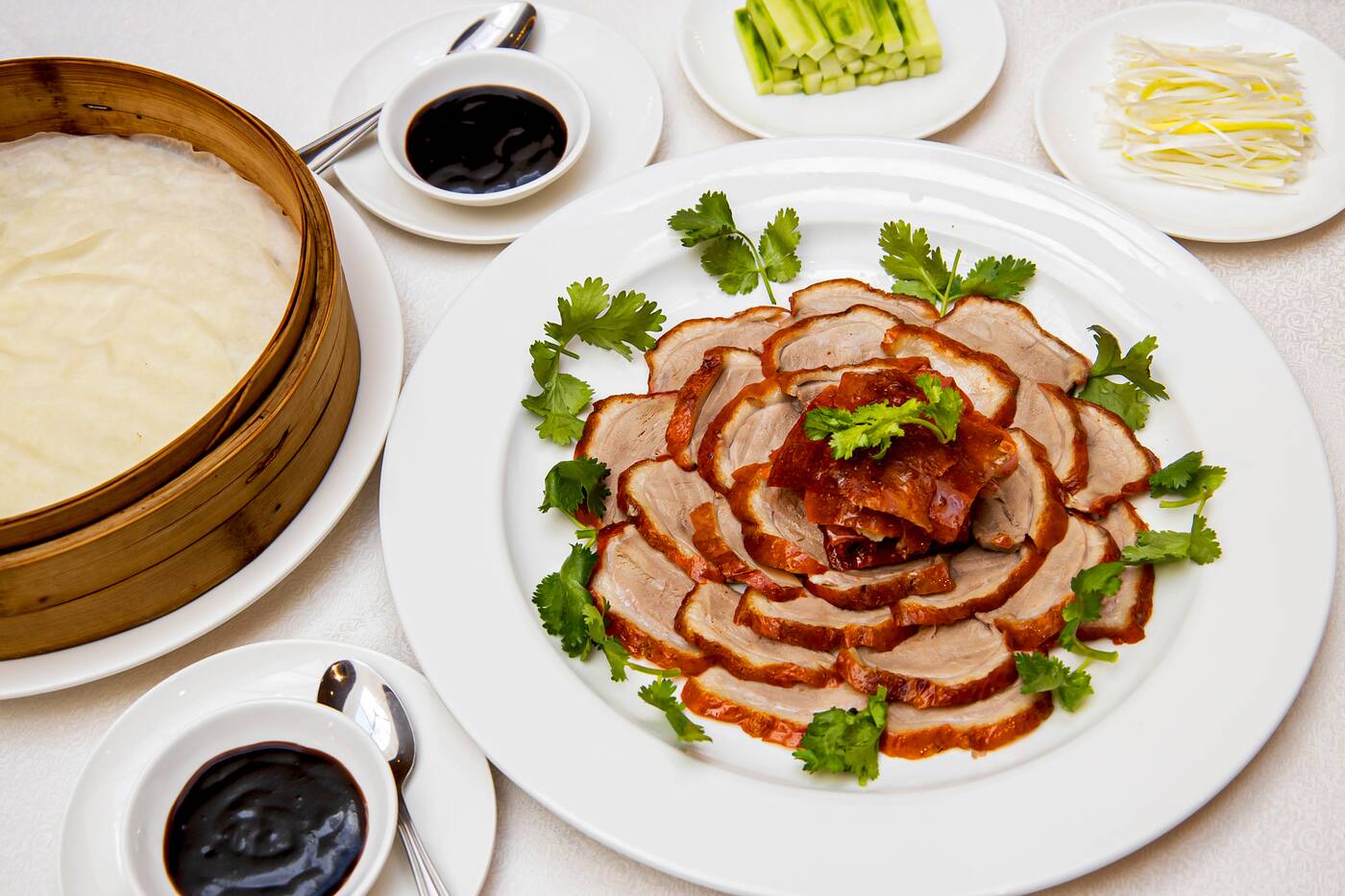 For the first course, a large plate of roasted duck with thin slices of the crispy skin in the middle comes alongside rice paper, scallions, cucumber and a housemade sticky sauce similar to hoisin. 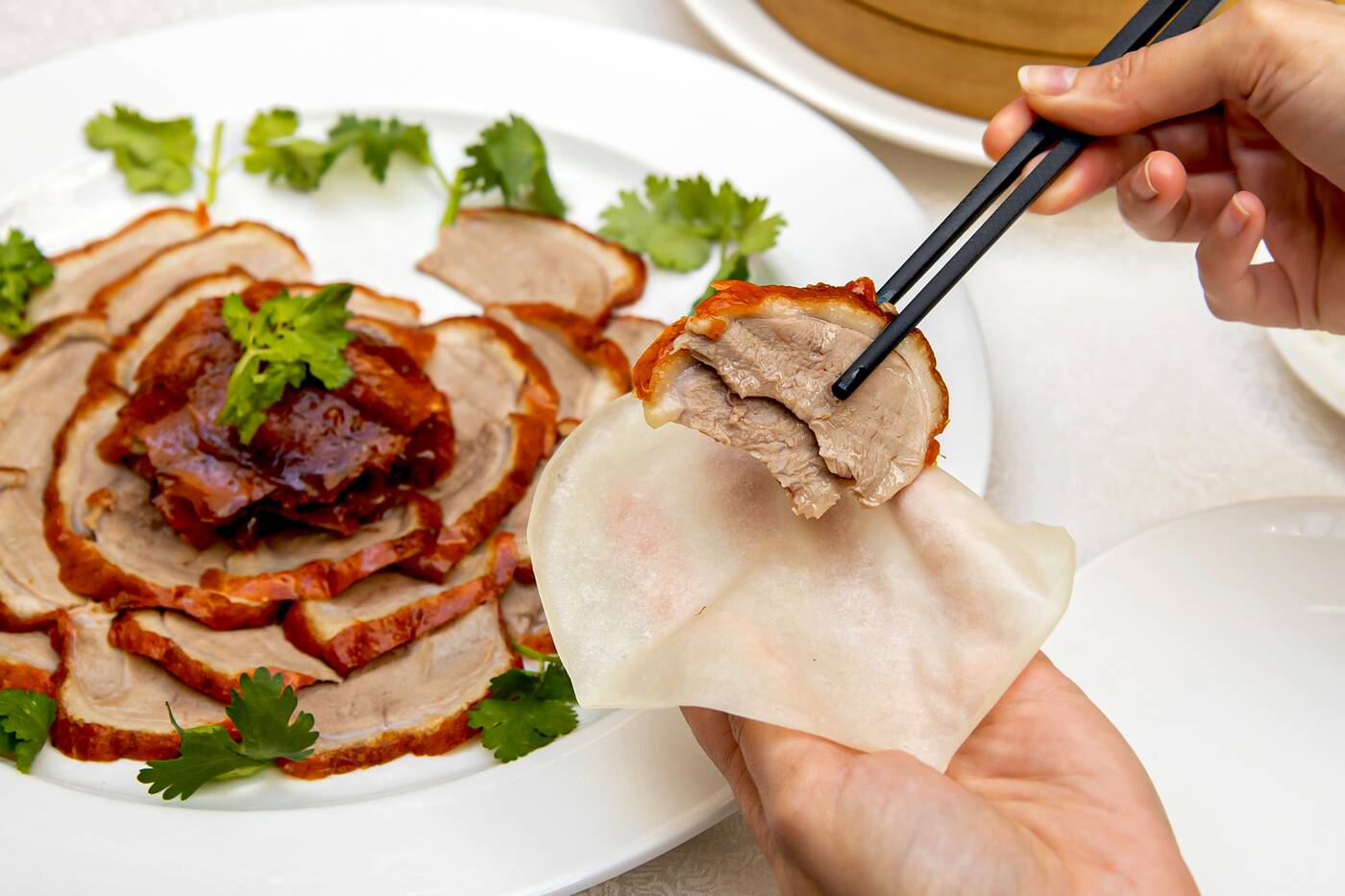 Fill the rice paper with duck meat, which has a really mild flavour just like chicken, and the three other accompaniments for a tasty wrap. 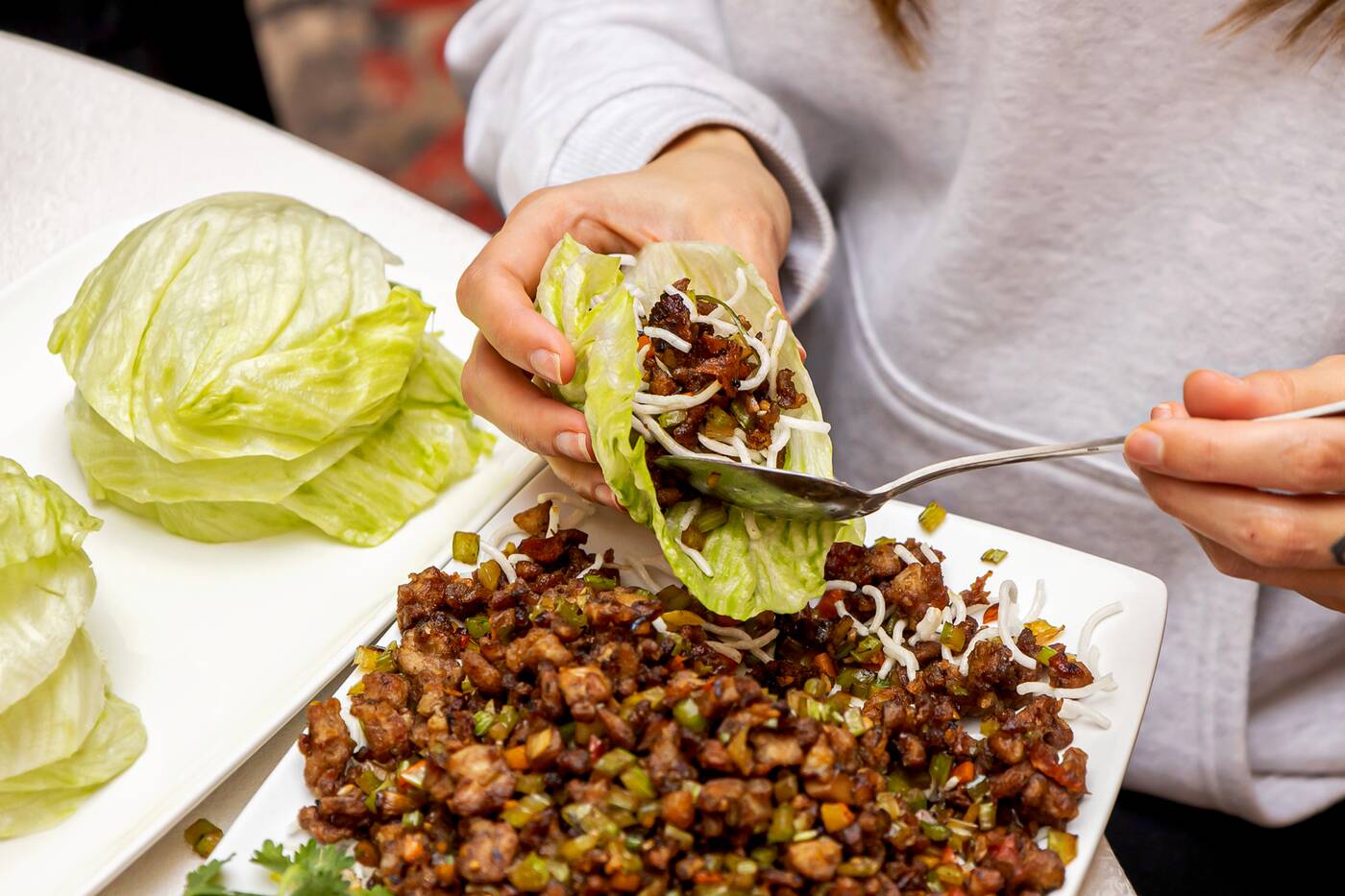 You can stop at one course for $48 or you can add on one or two more.

The second course contains the rest of the duck meat, piled on a plate and mixed with chopped celery and carrots to be eaten as lettuce wraps for an additional $10.

Take it one course further and you'll get duck bone with coriander and tofu soup for another $10. 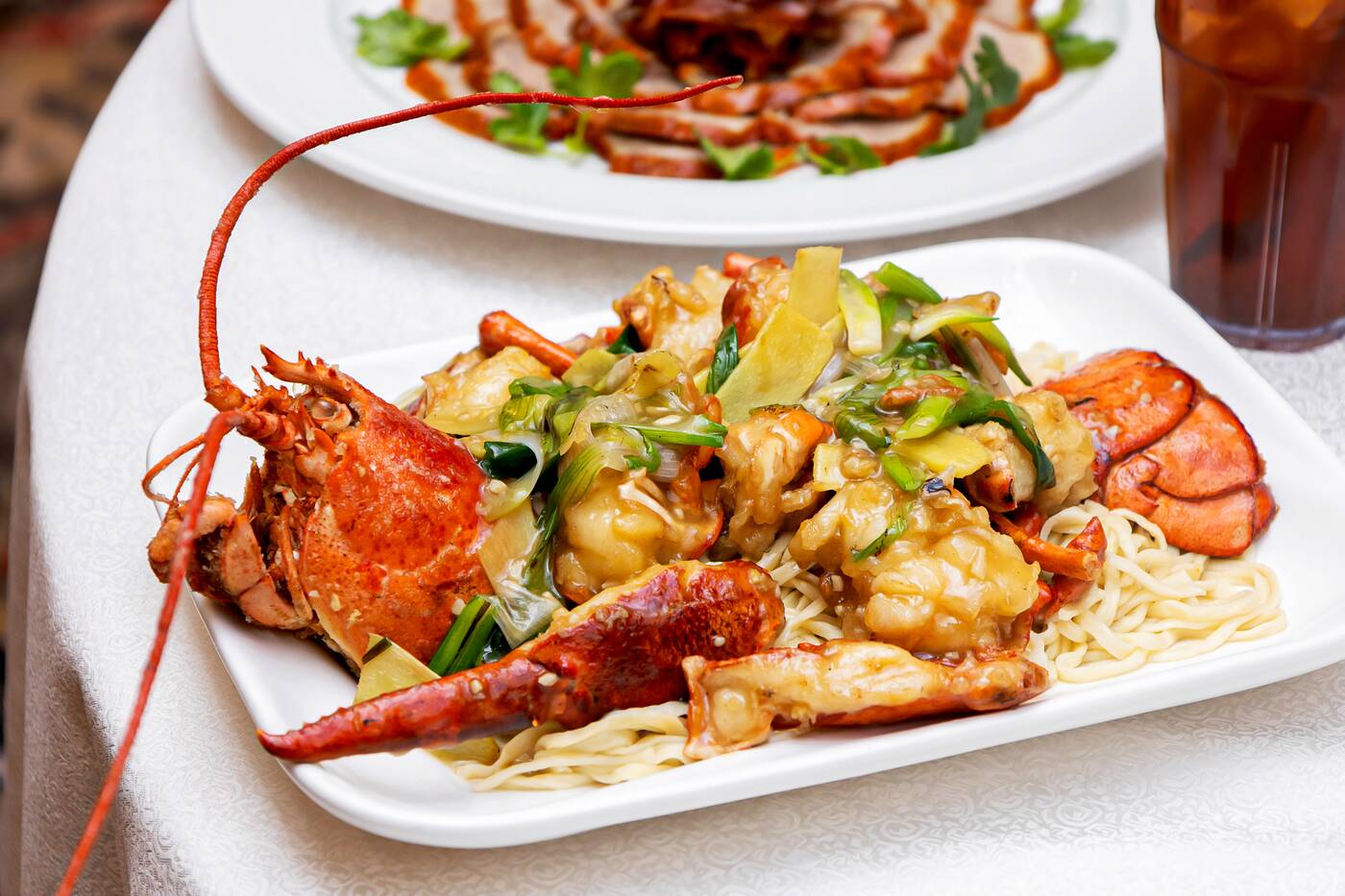 Also on the menu are fried E-Fu noodles with lobster ($40.80). The lobster is prepared in a ginger scallion sauce over a burning wok and sits on a bed of chewy egg noodles. 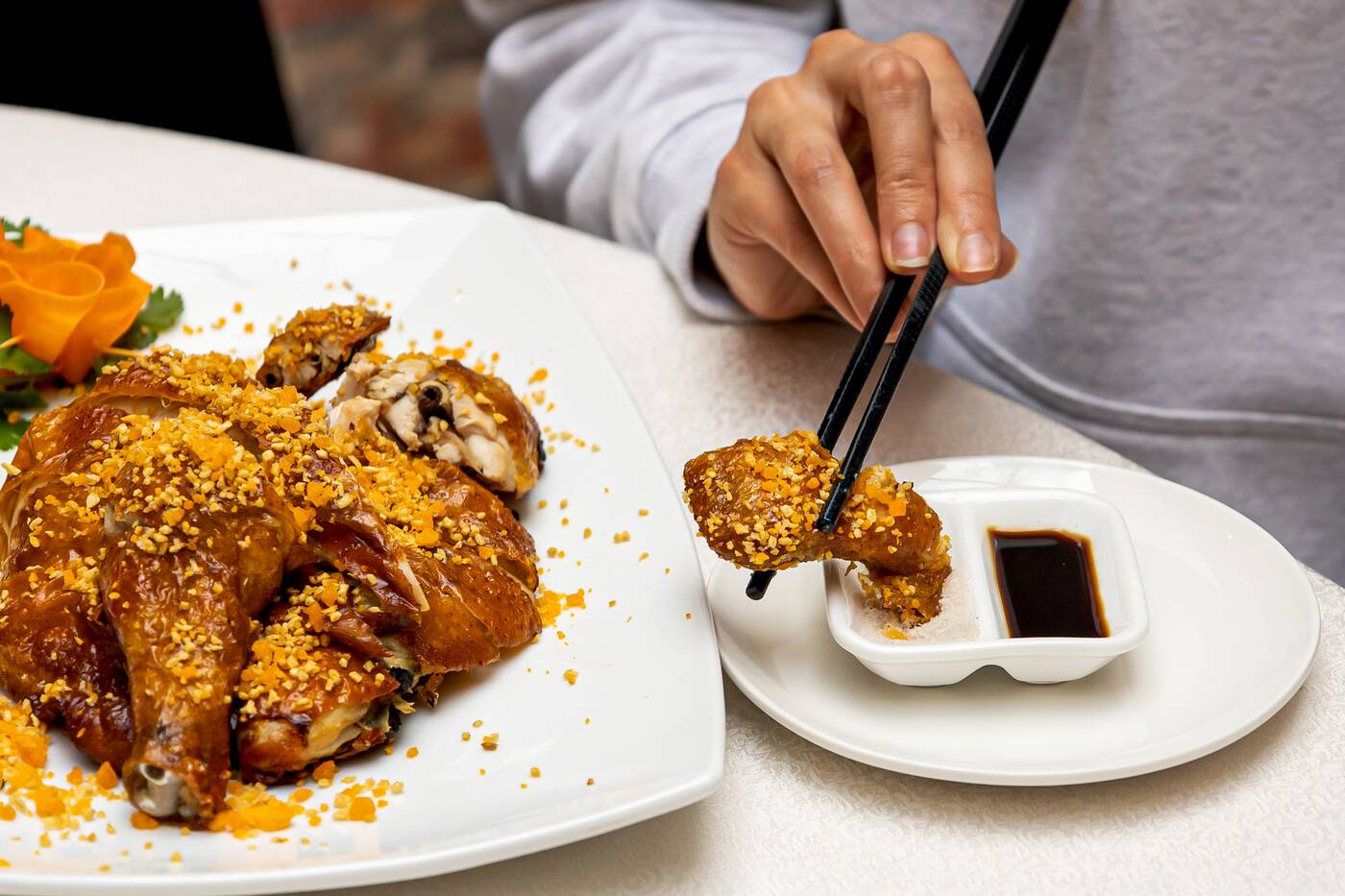 The crispy half chicken ($17.80) with garlic is roasted to tender perfection, sprinkled with peanuts and dried egg yolk and served with a mixture of sea salts and Worcester sauce for dipping. 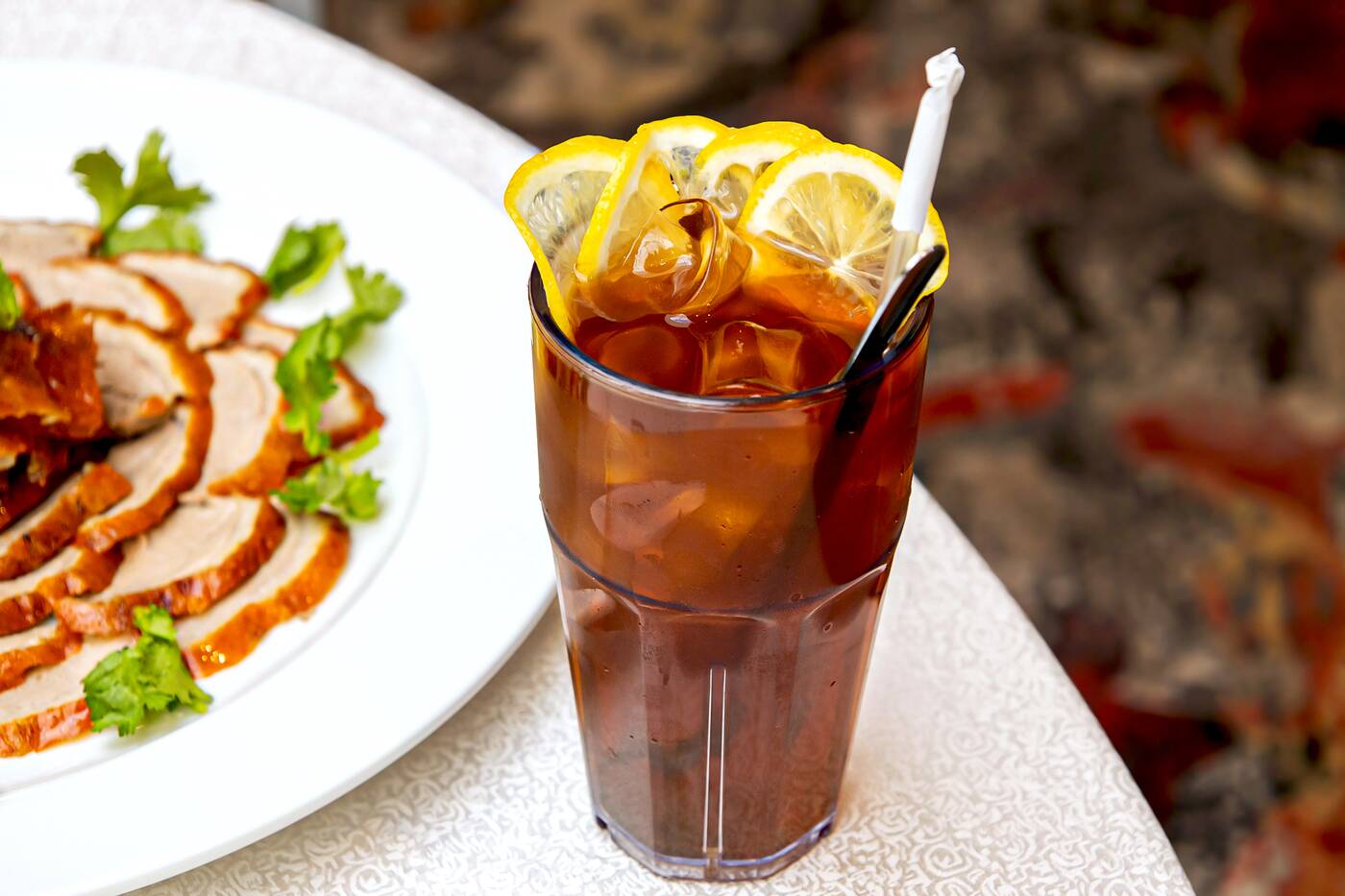 The refreshment of choice is a cold iced tea ($3.75), sweetened to your preference and paired with lots of lemon slices. 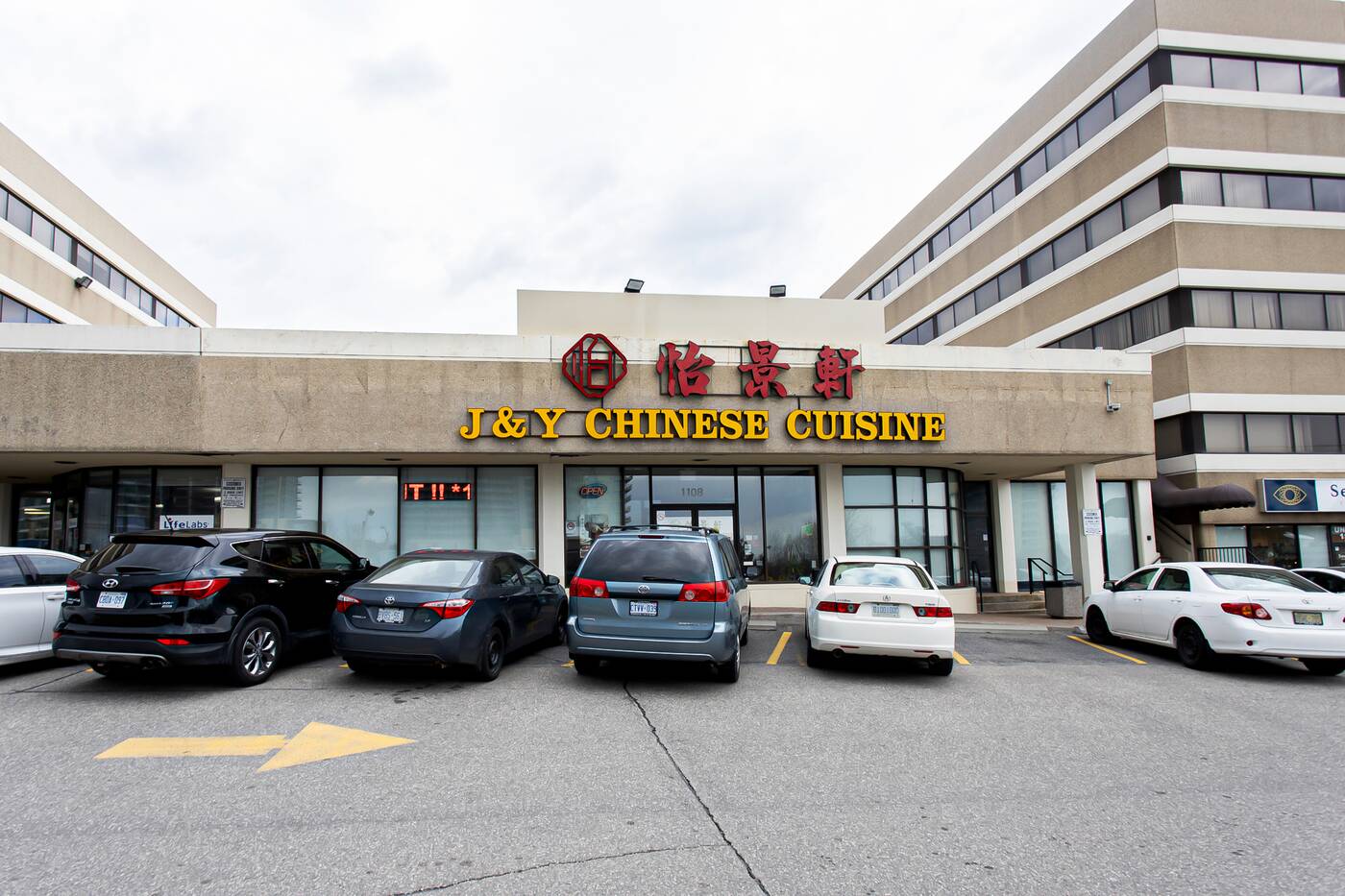