The Jerk Box serves up tasty Jamaican food for breakfast, lunch and dinner along with homemade desserts.

The Caribbean takeout spot on Eglinton West is the second location of the business, with another seven-year-old establishment found a bit north on Jane Street. 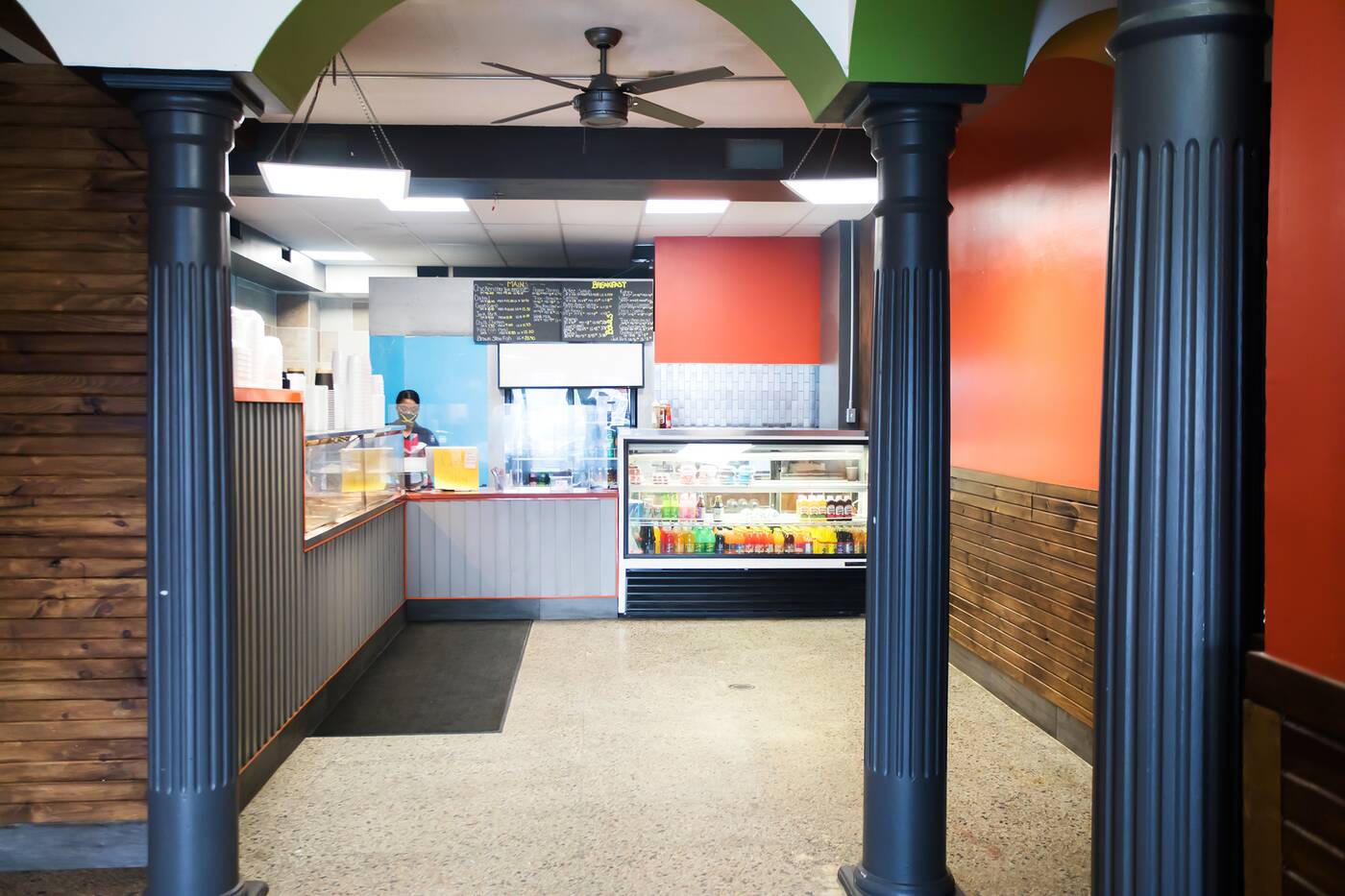 Customers line up at this unobtrusive, cash-only restaurant for the flavourful meals offered from a hot plate behind the counter. 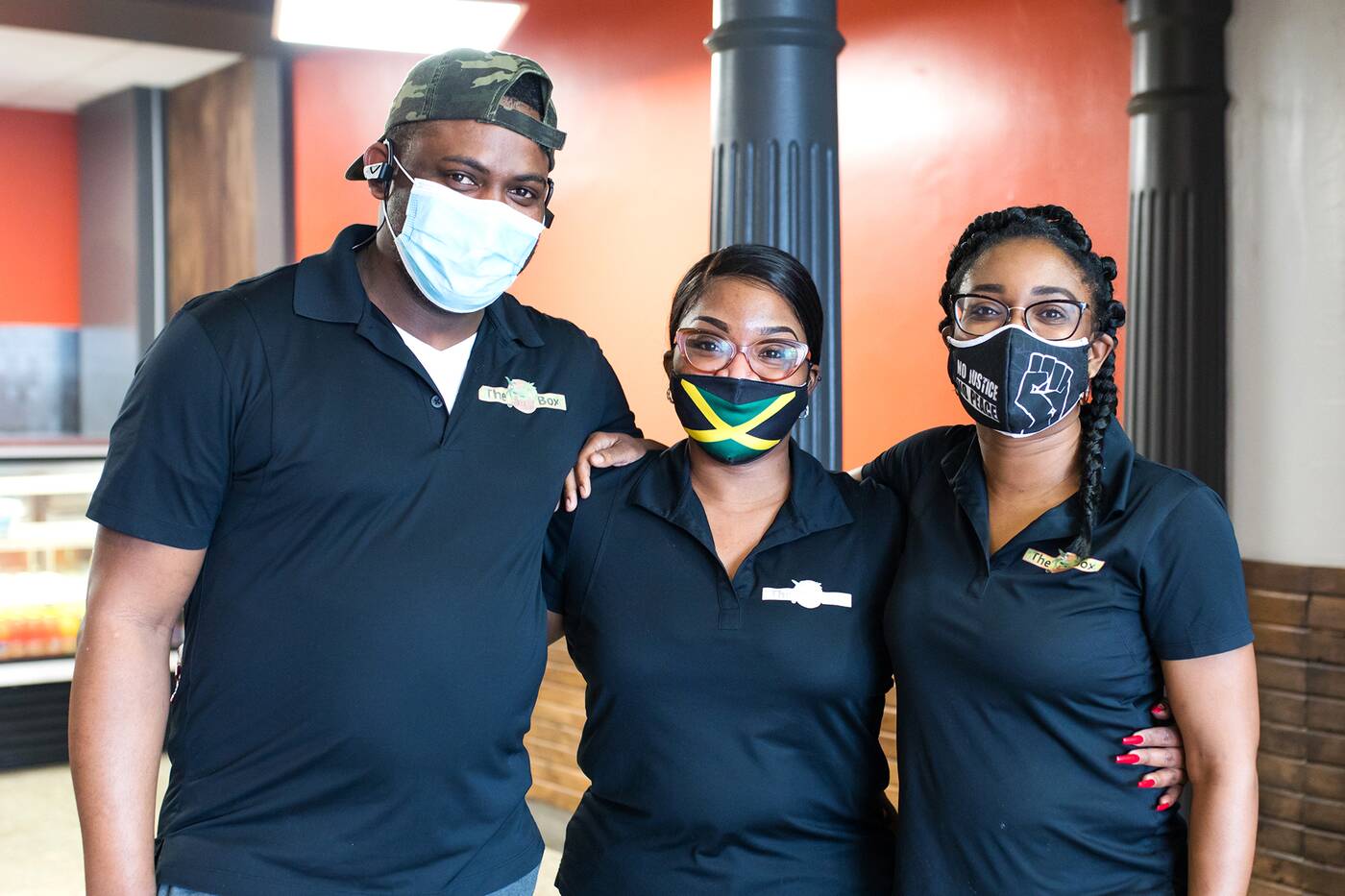 With the Jamaican-born owner Chris also working as a contractor, he often leaves it to a few longtime staff members to keep the hungry patrons happy.

Dainia, Kim and Gavin are all from the first location. Manager Dainia has been working at the restaurant since the first opening seven years ago, while Gavin is one of the cooks. 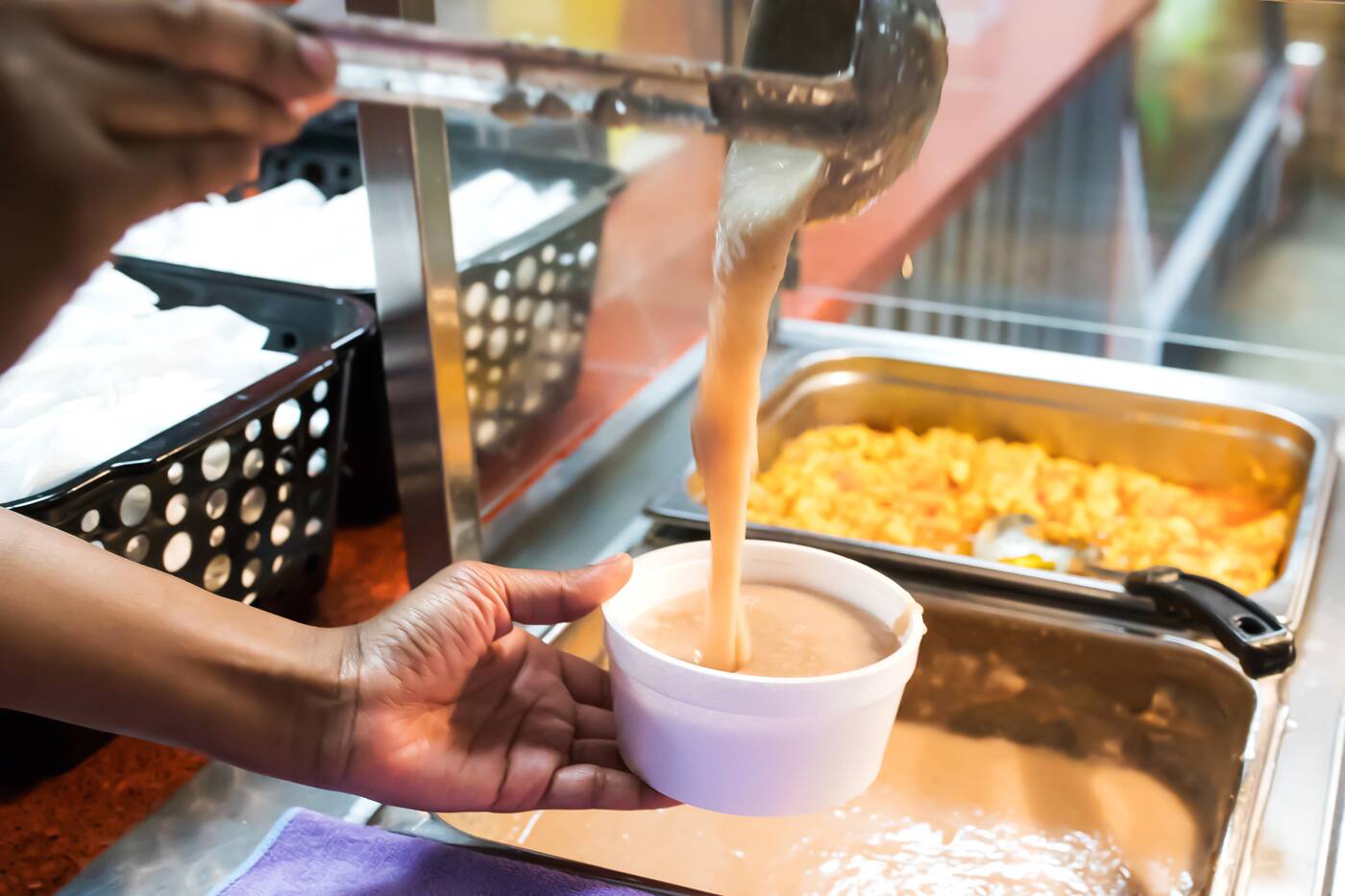 The selection of soup and porridge changes depending on the day of the week and breakfast is available from 7 a.m. every day. 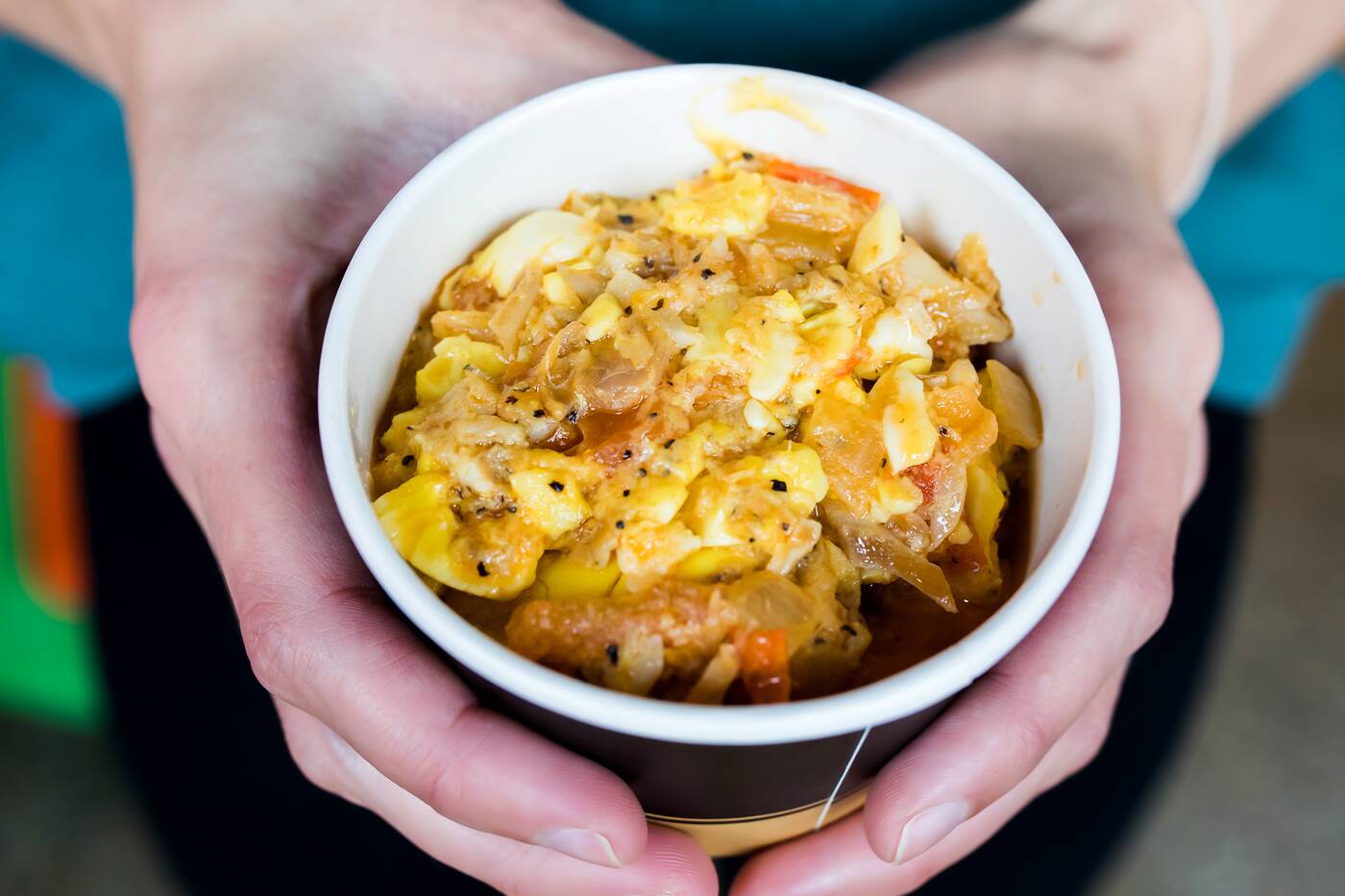 Options like callalo, butter bean and saltfish, salt mackerel, and okra and saltfish are available for the morning meal, but the most traditional Jamaican breakfast on the lineup would have to be ackee and saltfish (small: $9.05, medium: $11.85, large: $19.50). 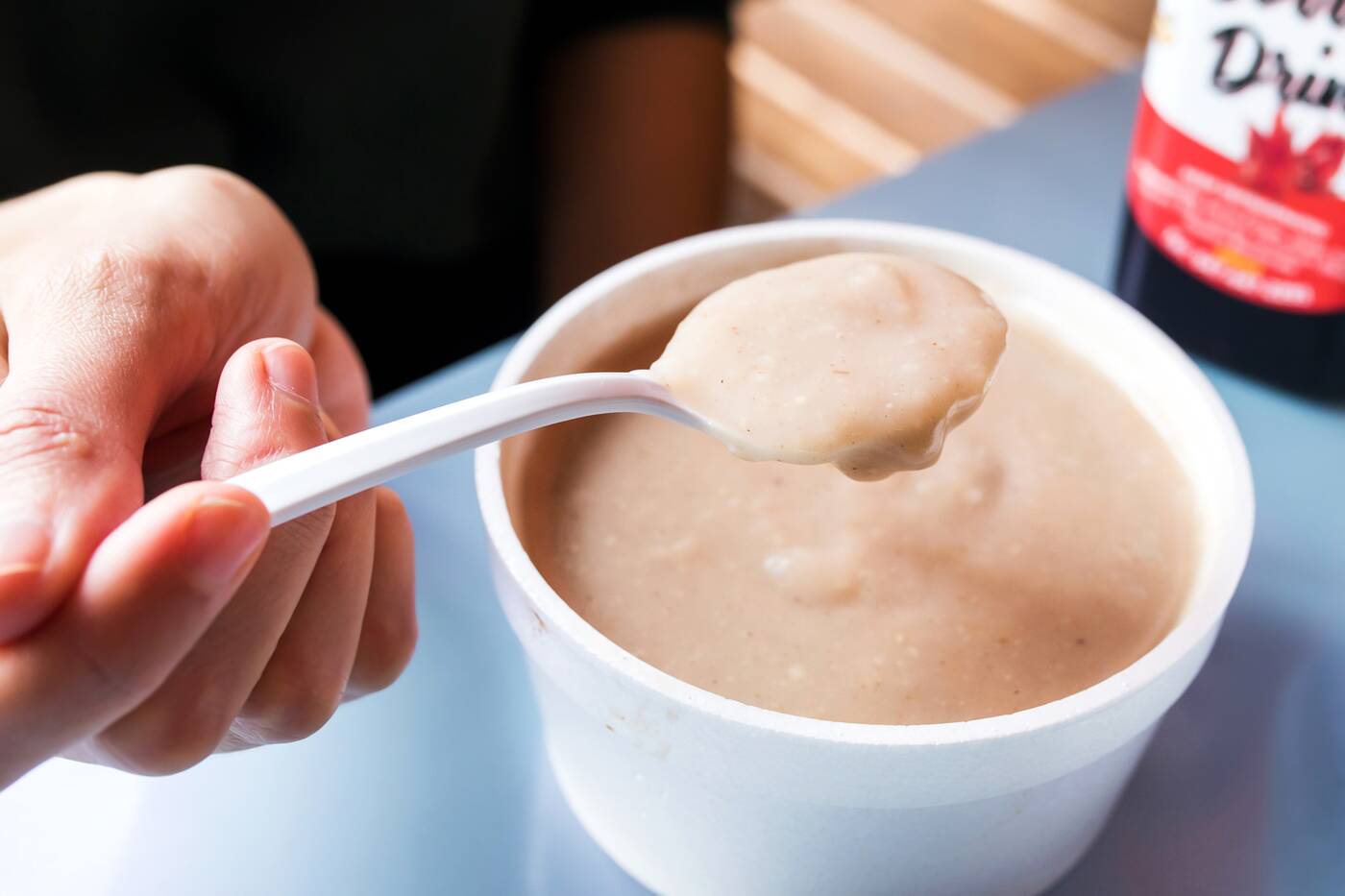 The porridge makes for another great option if you're visiting in the morning. We're there on a Thursday so the porridge of the day is banana. This could be a nice add-on to lunch as well, though the spice, likely nutmeg, was a bit overpowering. 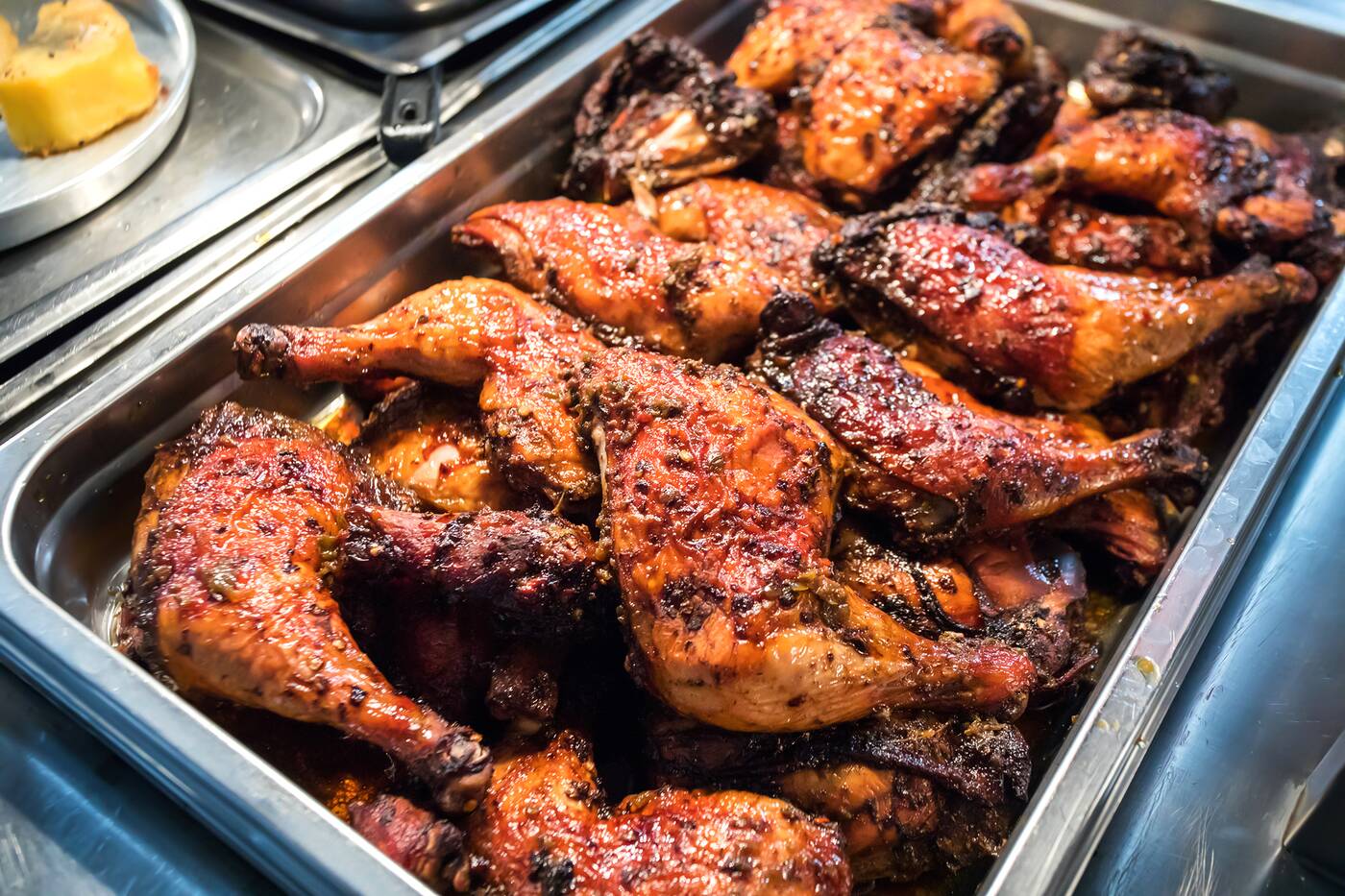 They couldn't be called The Jerk Box and not deliver when it comes to their jerk. Most of the lunch items including the chicken come dressed in their very own seasoning of spices that really nails the jerk flavour. 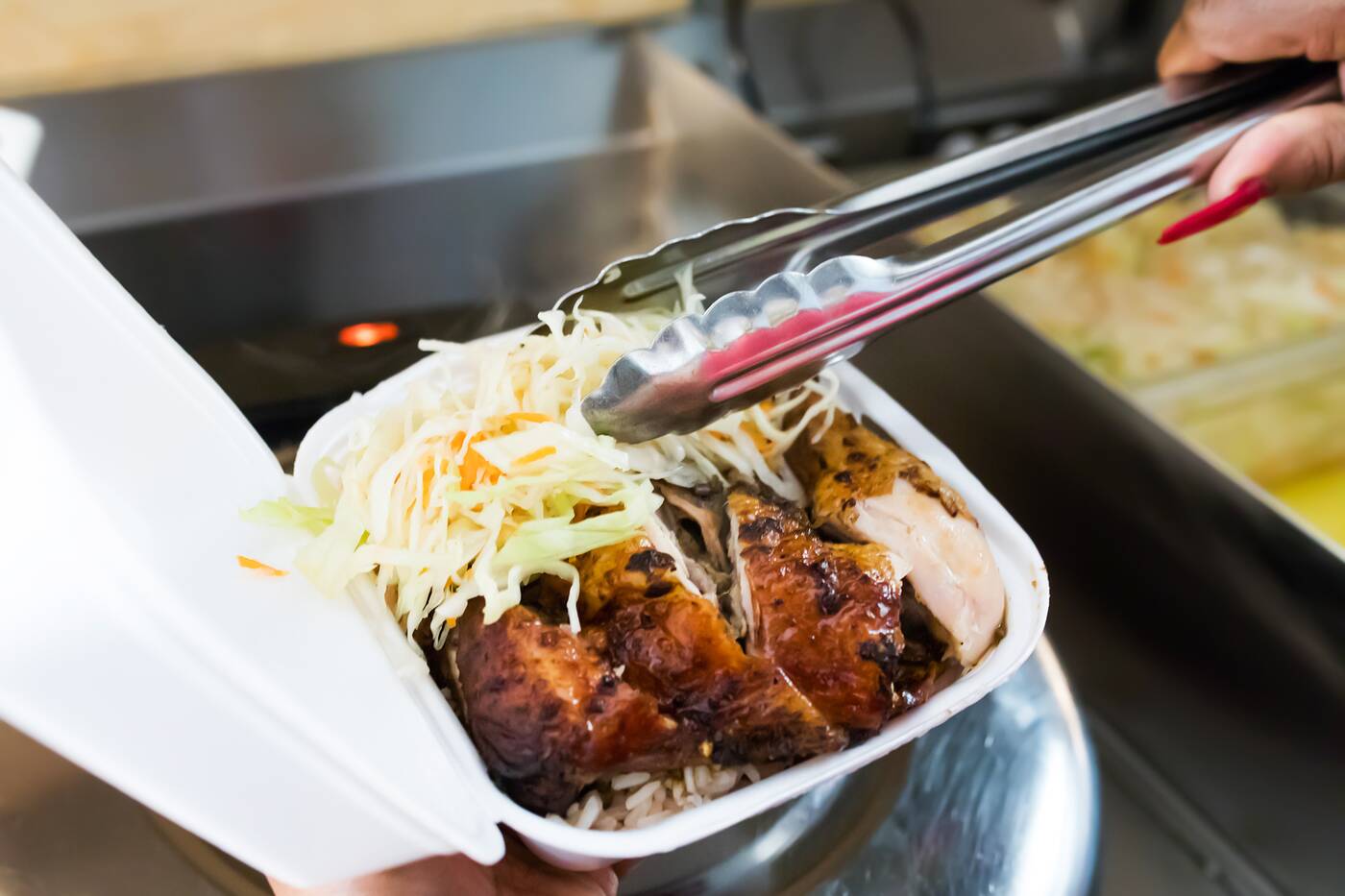 The jerk chicken (small: $6, medium: $9, large: $11) is just as juicy as it is flavourful. You can also get the chicken fried, barbecued or as a curry stew instead, but I'd suggest against it since the classic jerk is truly the signature dish here. 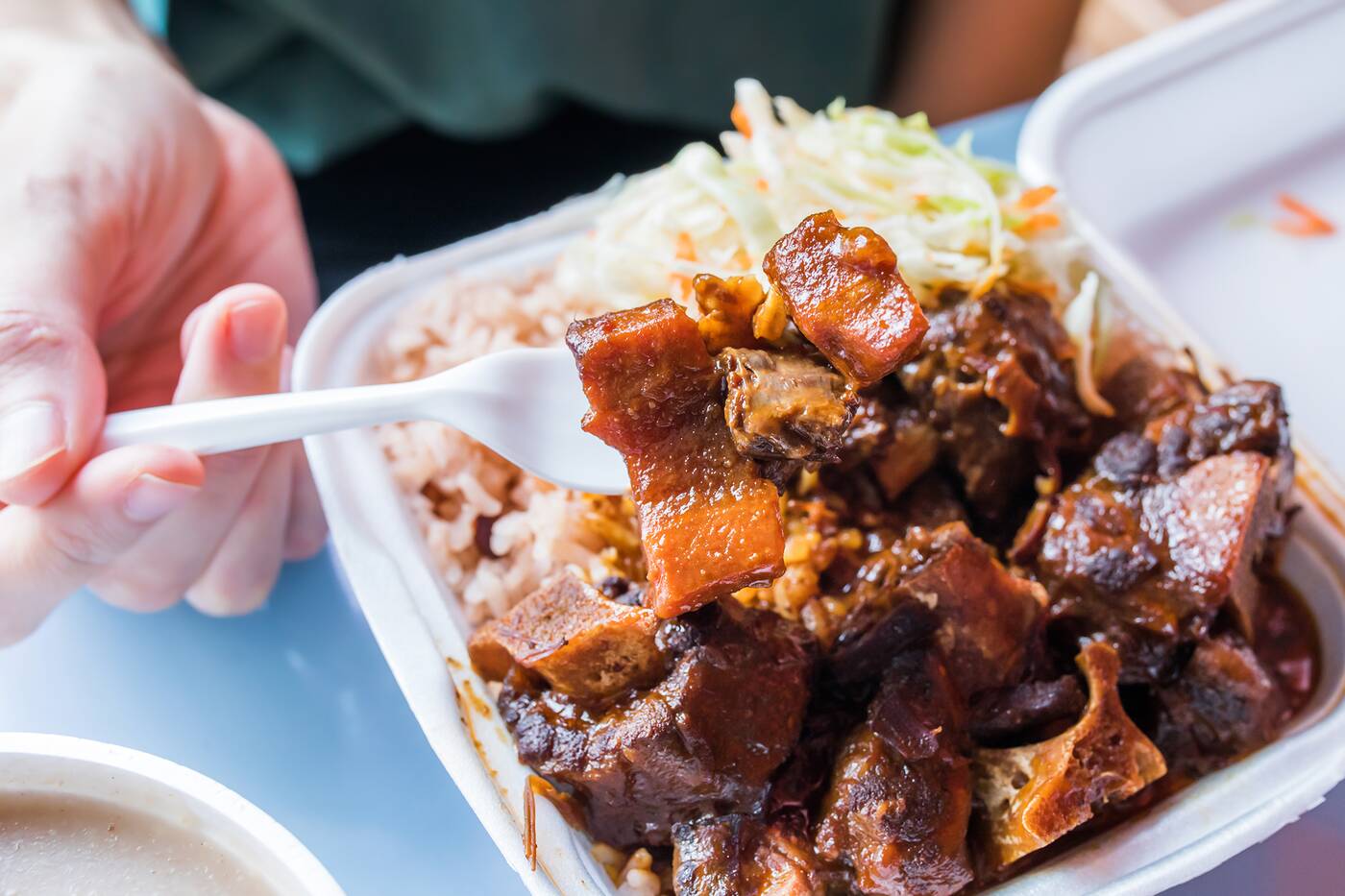 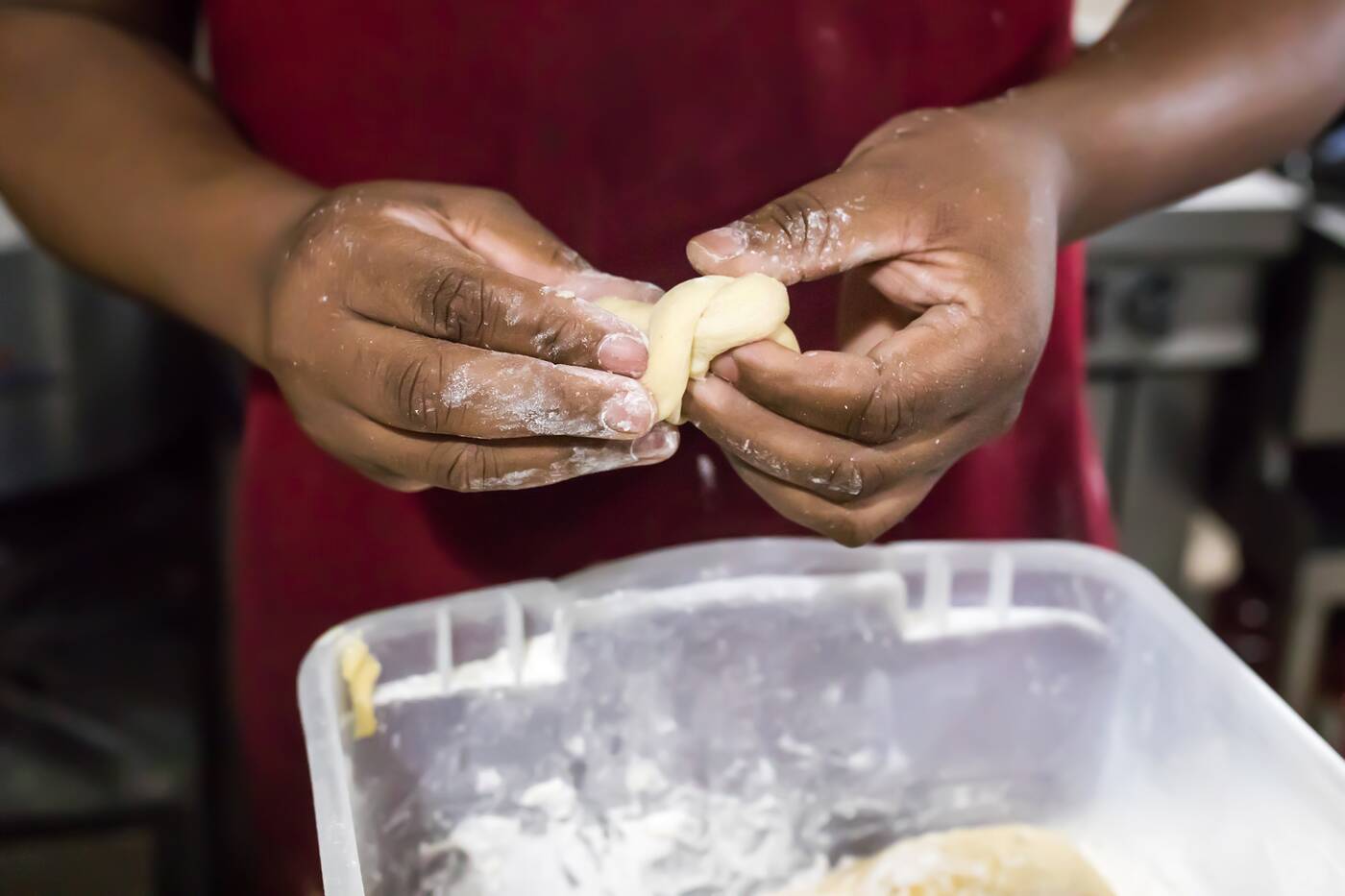 Perfect alongside any one of the jerk-seasoned meats are the fried Jamaican festivals. The cornmeal dumplings are floured and hand-tied before going in the fryer. 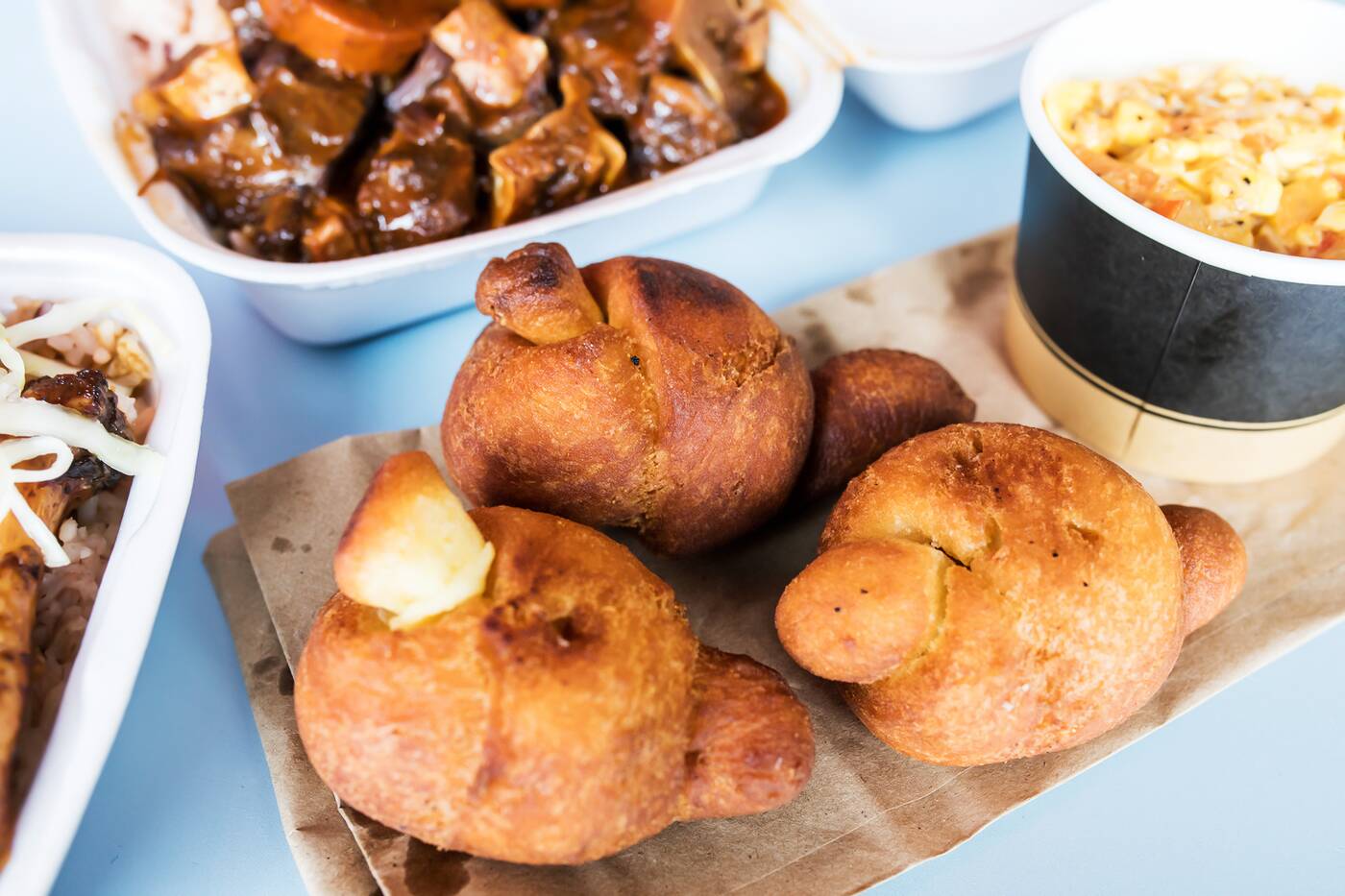 They provide a doughy consistency and a slightly sweet flavour that pairs nicely between bites of the spicy jerk. 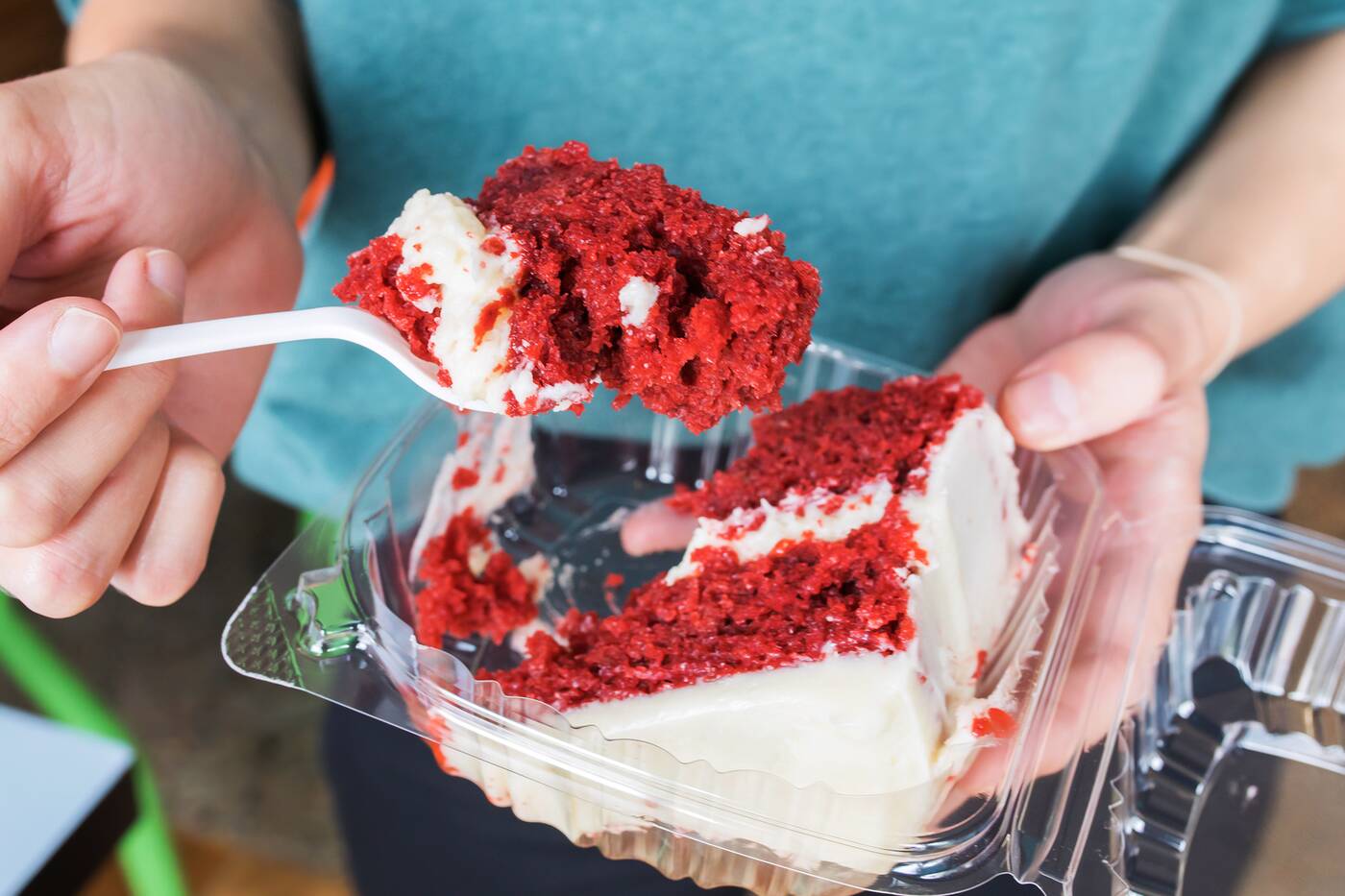 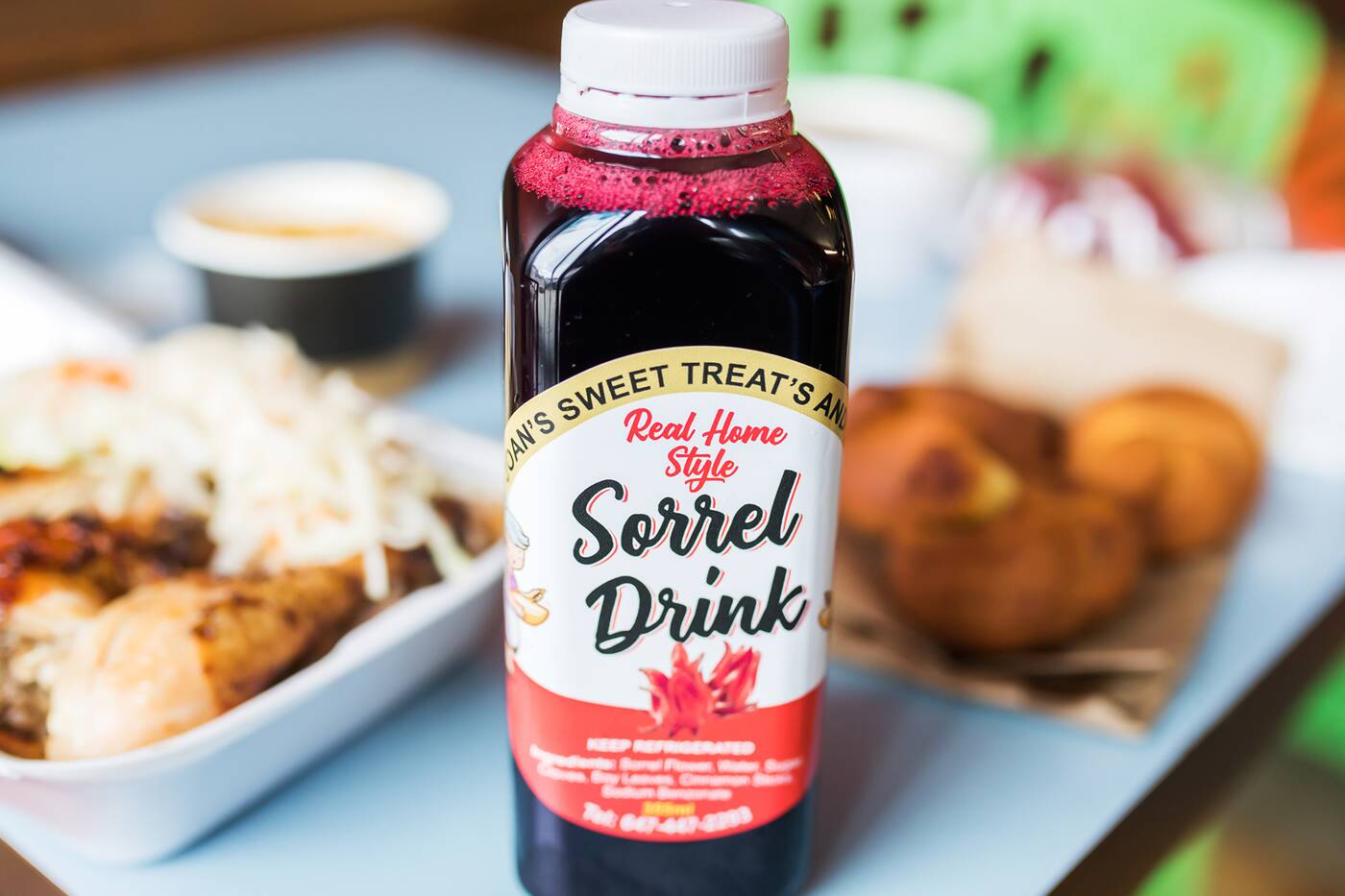 To drink, Joan's sorrel is made from dried perennial herbaceous plant, a sort-of cousin to the hibiscus tree. Though traditionally reserved for special holidays in Jamaica, like Christmas, the tangy cranberry-like taste is now usually enjoyed any time of the year.

The Jerk Box is the neighbourhood spot to go for food that's never lacking in flavour. Once you grab a box of chicken, head a few doors over for a Jamaican patty at Tinnel's and you're set. 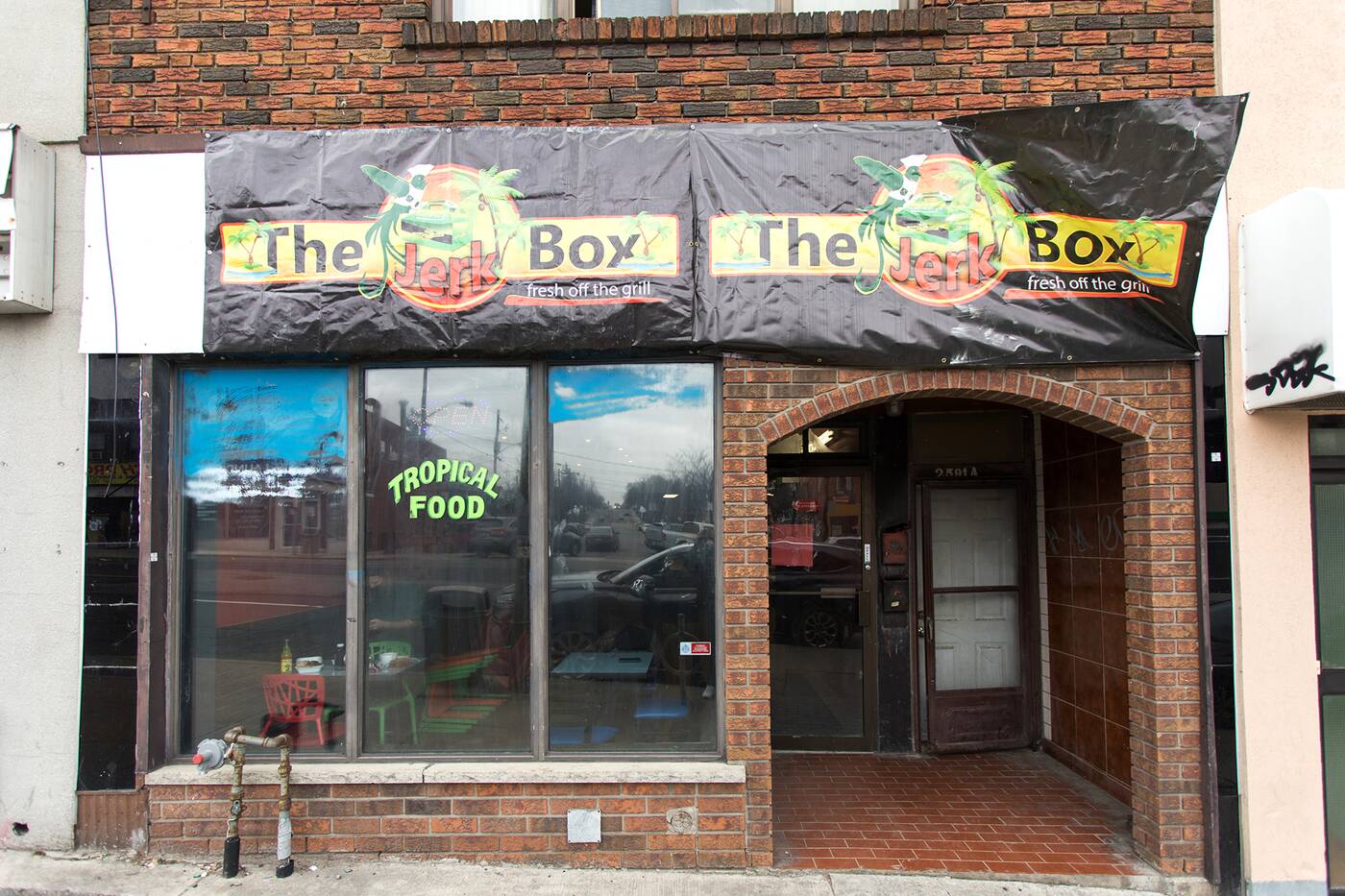