So named because "ill" is the middle part of "Phillies" and obviously happens to be slang for "awesome," the cheesesteaks here are actually some of the most popular in the city, slung by chef-owner and Philadelphia native Germain Marshal. 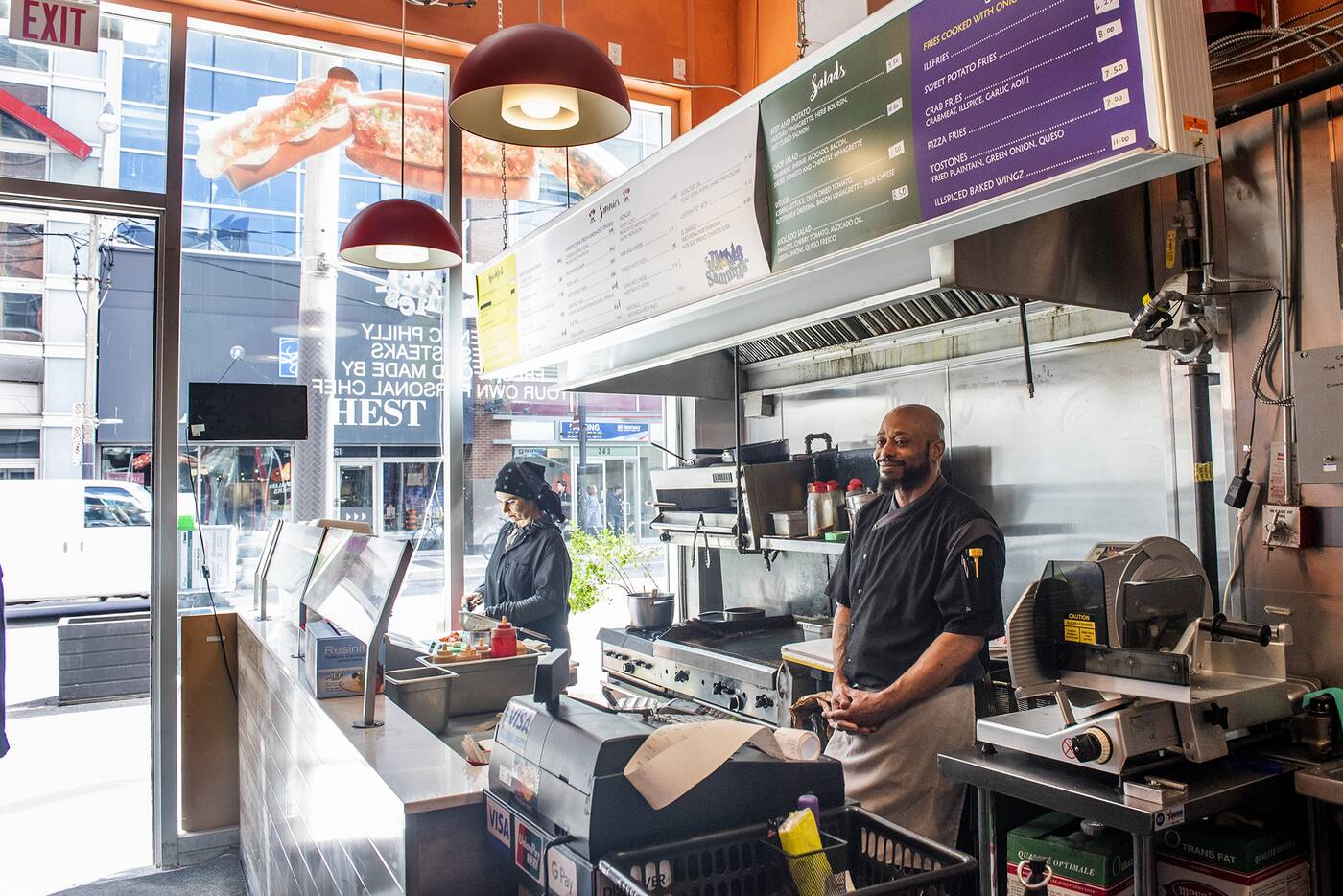 The confines of the takeout shop may be narrow, but the sandwiches coming out of here are big, bold and spicy. 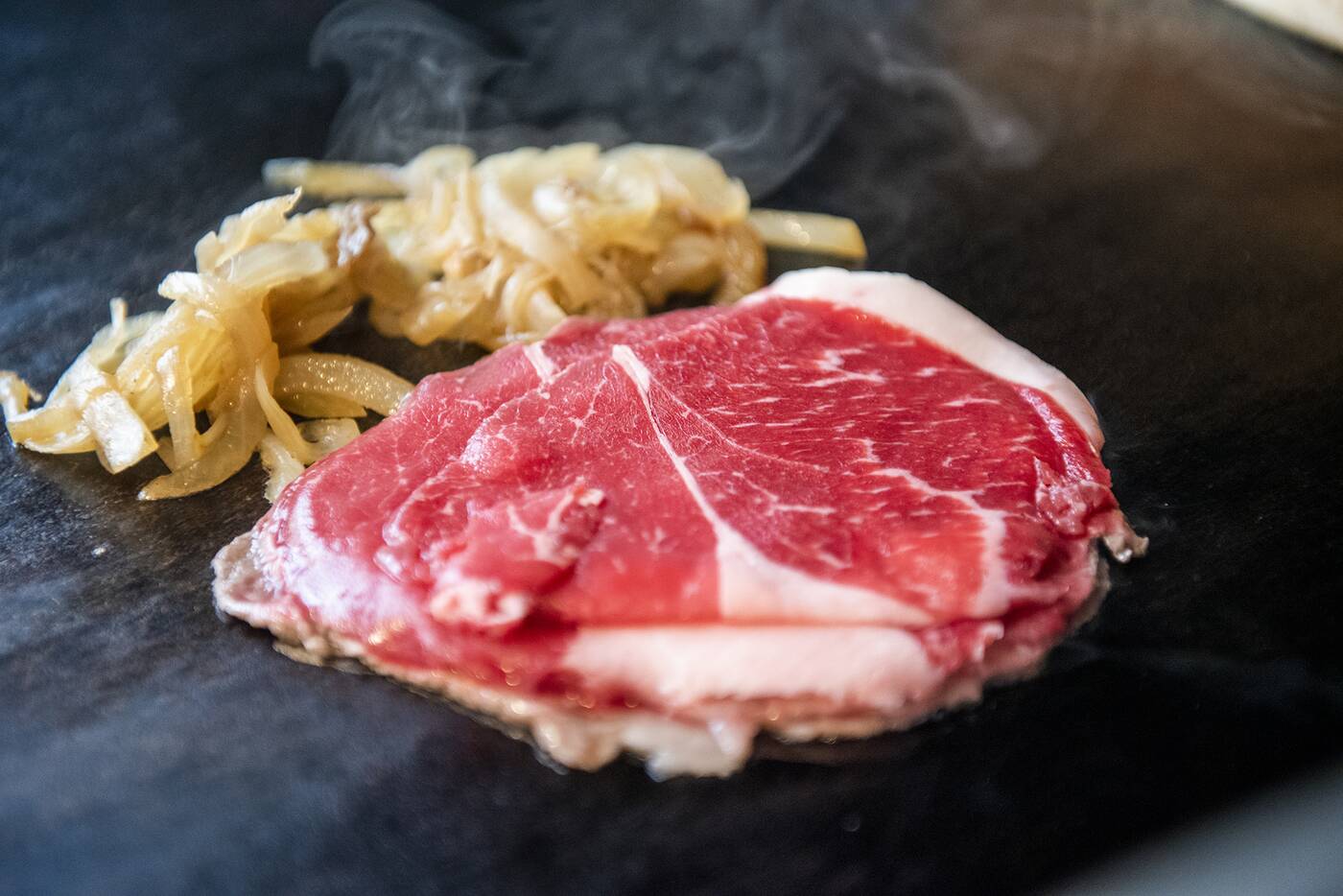 The flat top is central to the operation here, meat and onions placed down to grill first before being chopped up together, AAA ribeye in the case of beef. 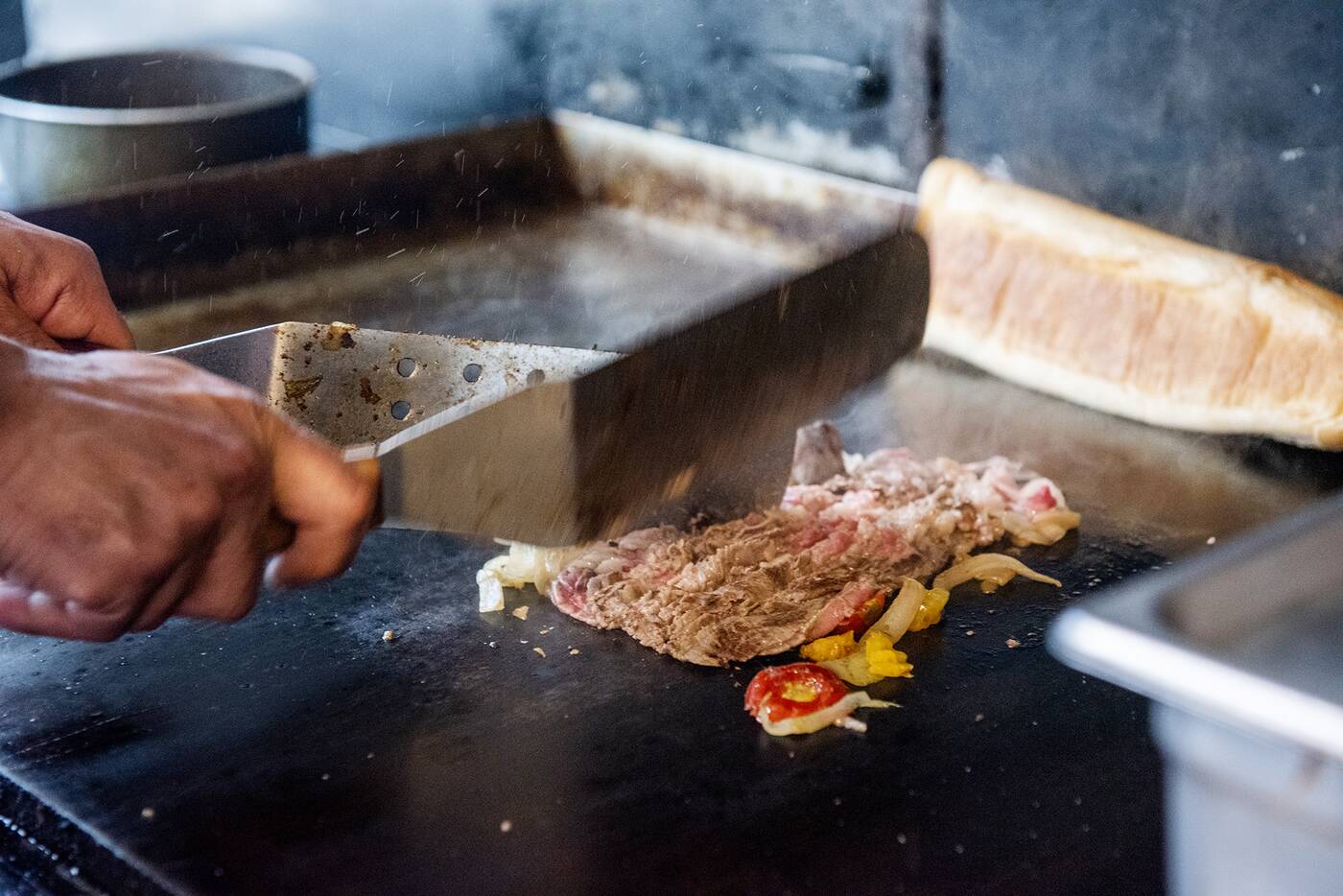 From there, other ingredients are added, as well as the cheese so it gets melty on top (typically a choice between American or provolone). 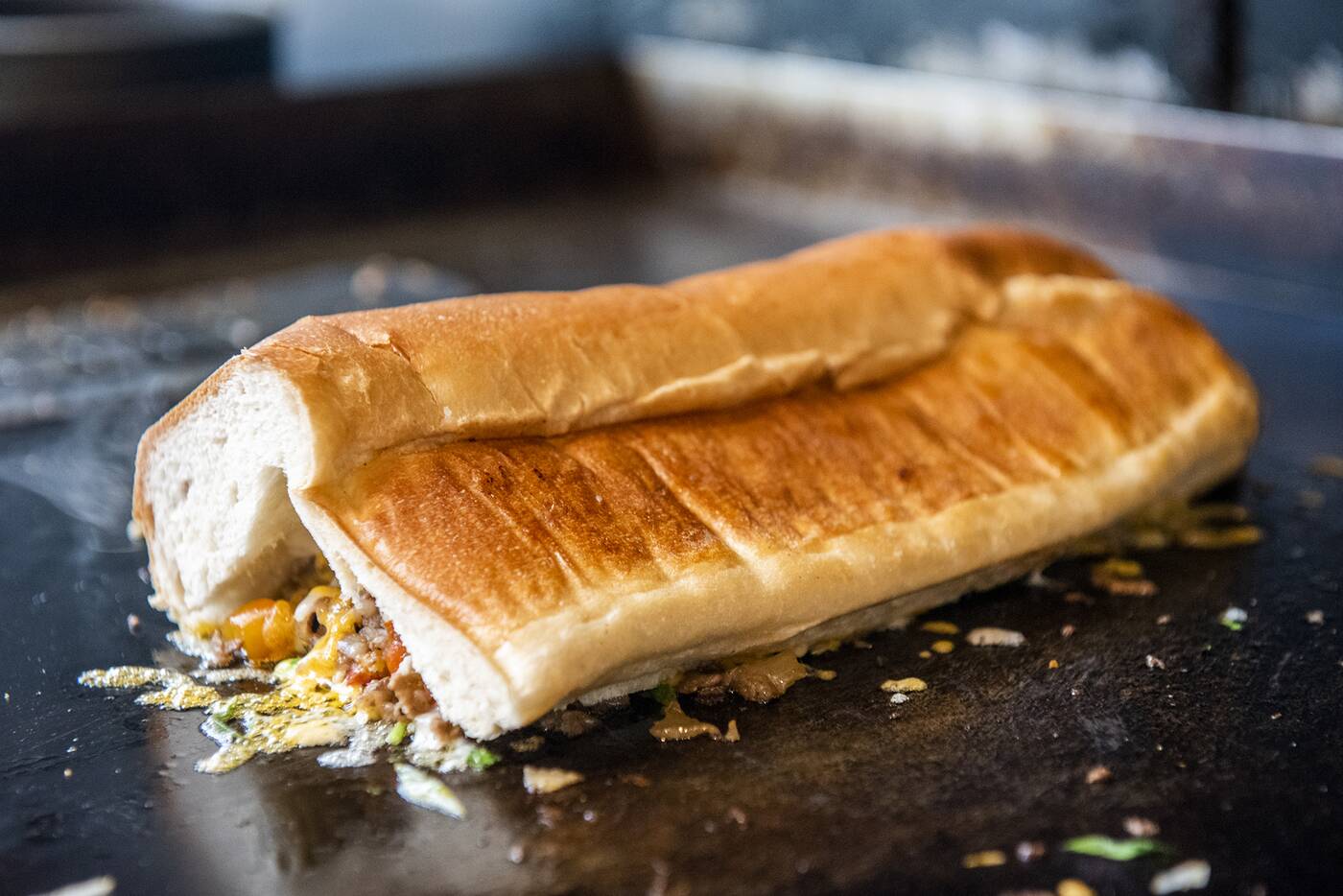 Ten-inch soft Italian baguettes are delivered fresh daily and kept in the oven so they stay warm and soft, sliced to order and toasted on the back of the grill while the meat is cooking, then placed on top of the meat and cheese to steam before serving. 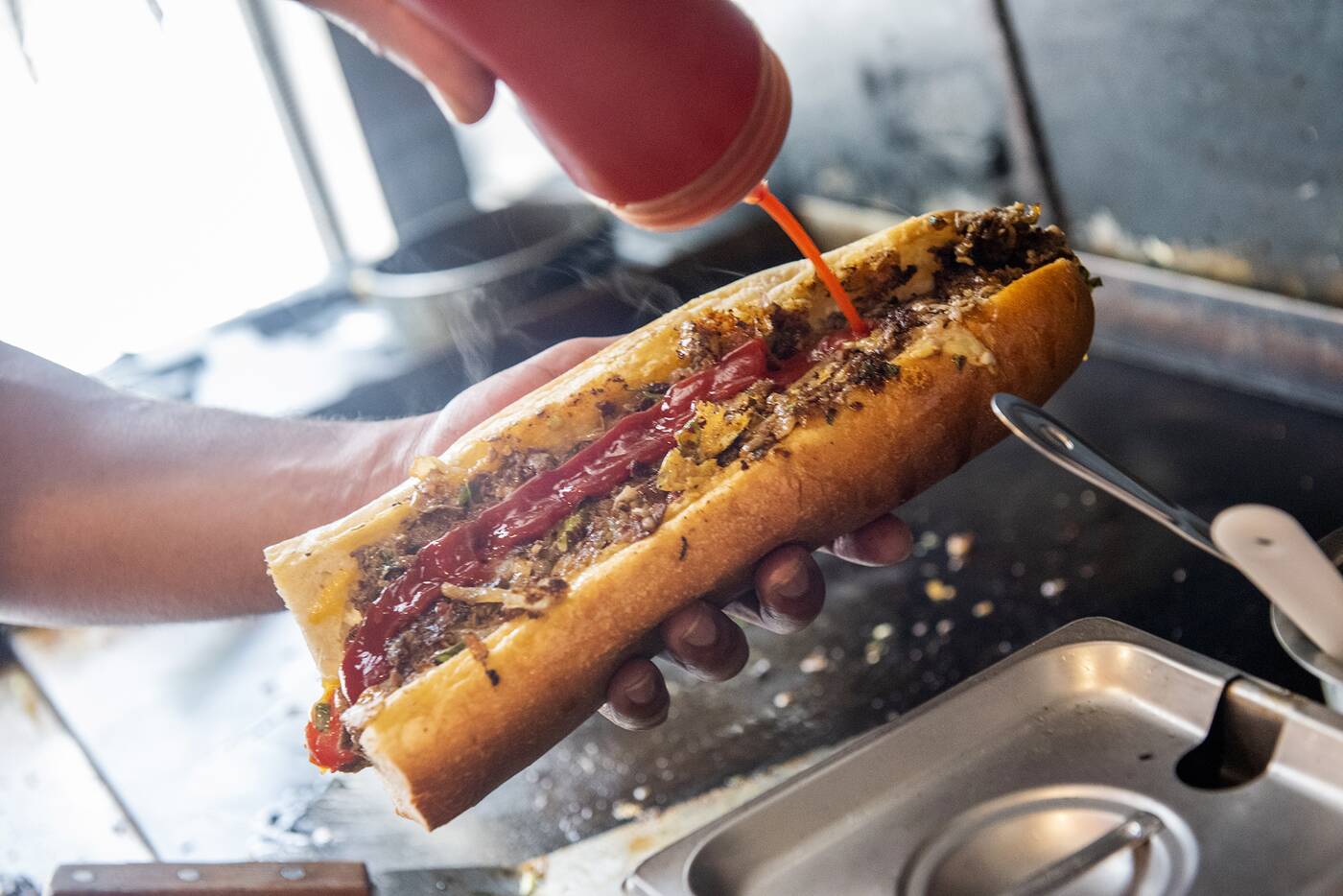 Your choices for toppings are pretty much limited to punchy sauces: ketchup, Dijon, barbecue, and/or a standard or "fire" version of a house hot sauce that takes at least four days to prepare. 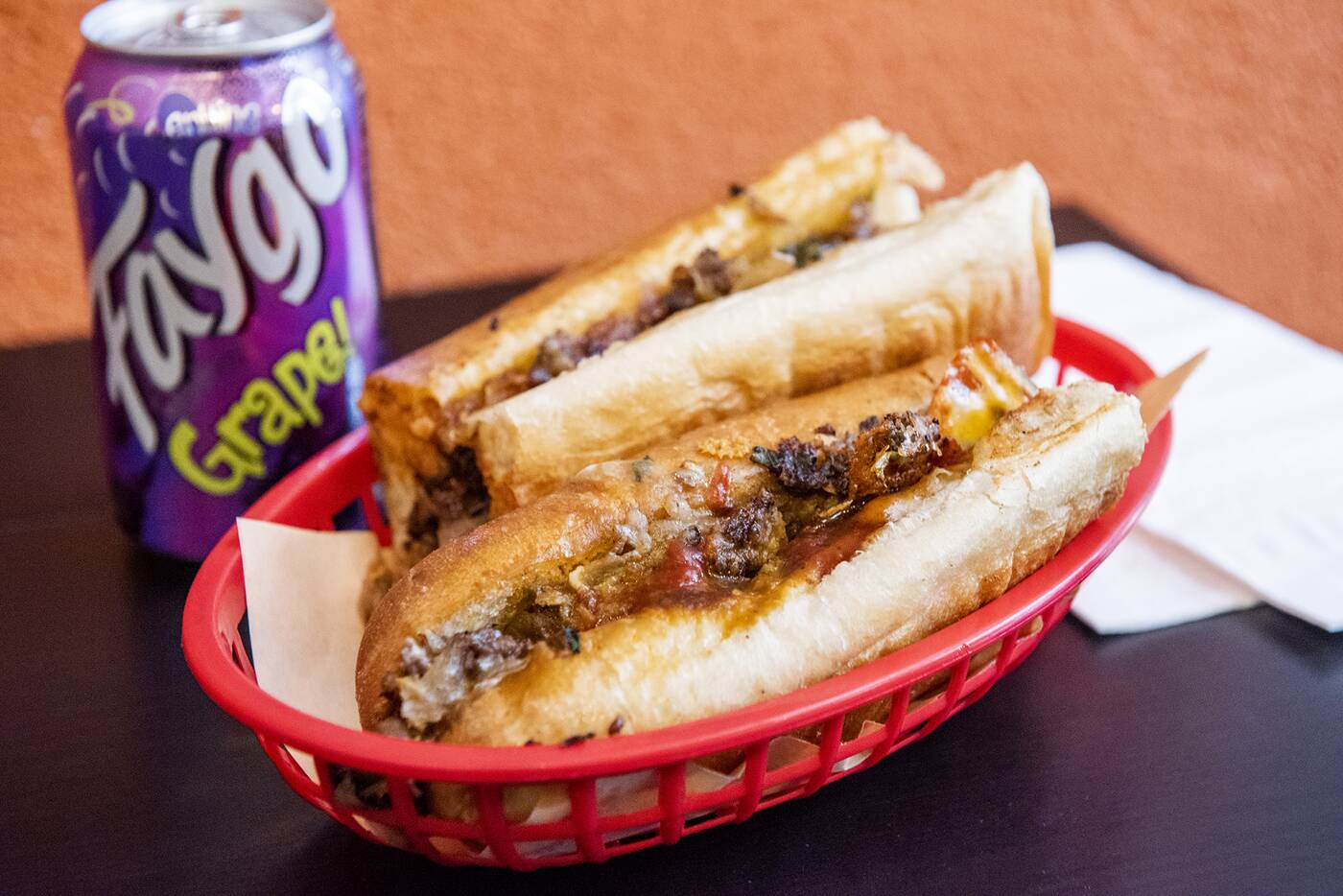 A classic beef cheesesteak goes for $10.75, ours topped with caramelized onions, hot peppers, and ooey-gooey American cheese that just goes so well with the molten, soft, yet full-flavoured beef.

The bread is crispy on the outside but spongy and fluffy inside, and the combination of hot peppers and hot sauce adds a fair amount of heat. 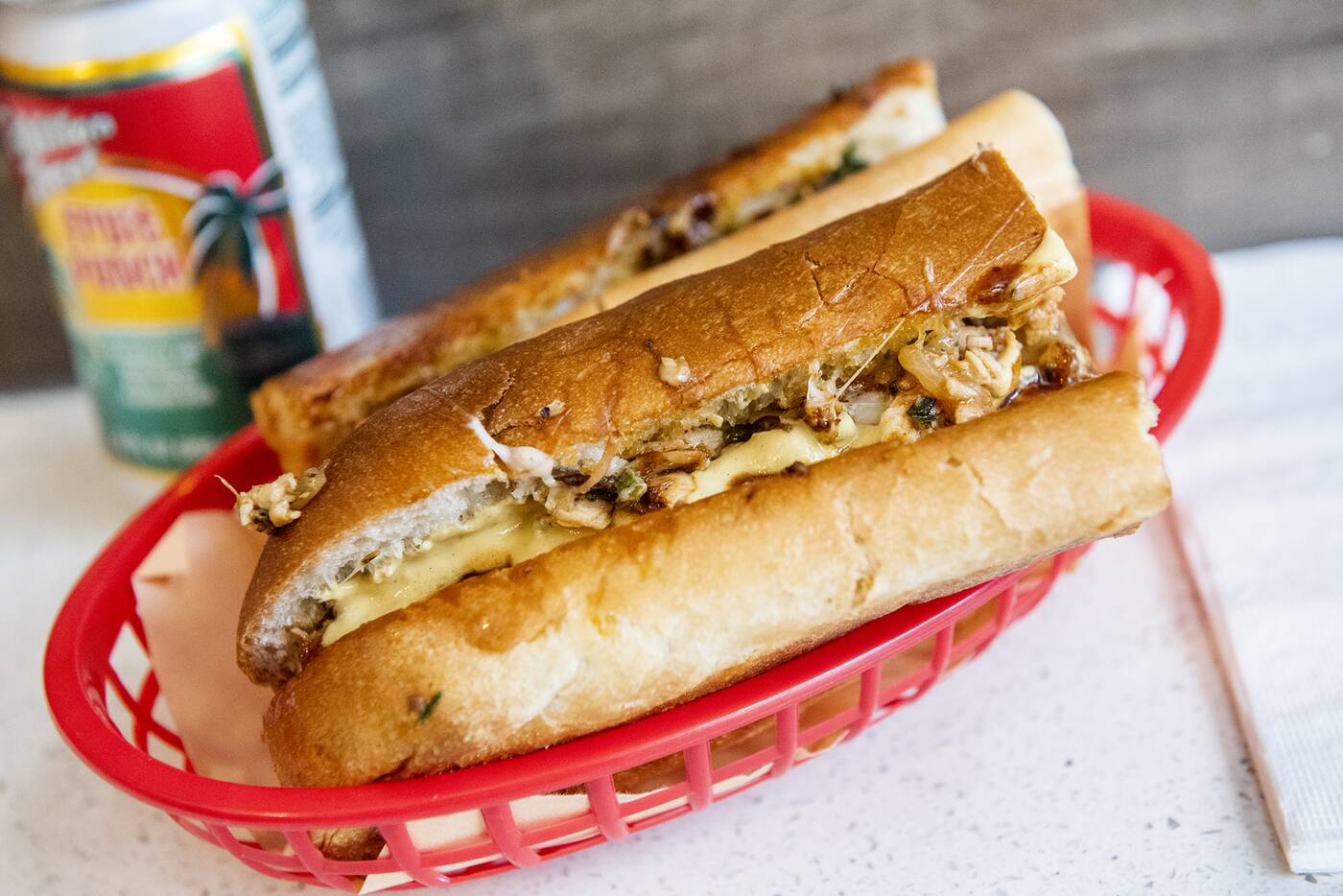 There are also chicken cheesesteaks for the same price, made with tenders marinated in house in a mostly dry blend of spices with a little Worcestershire. 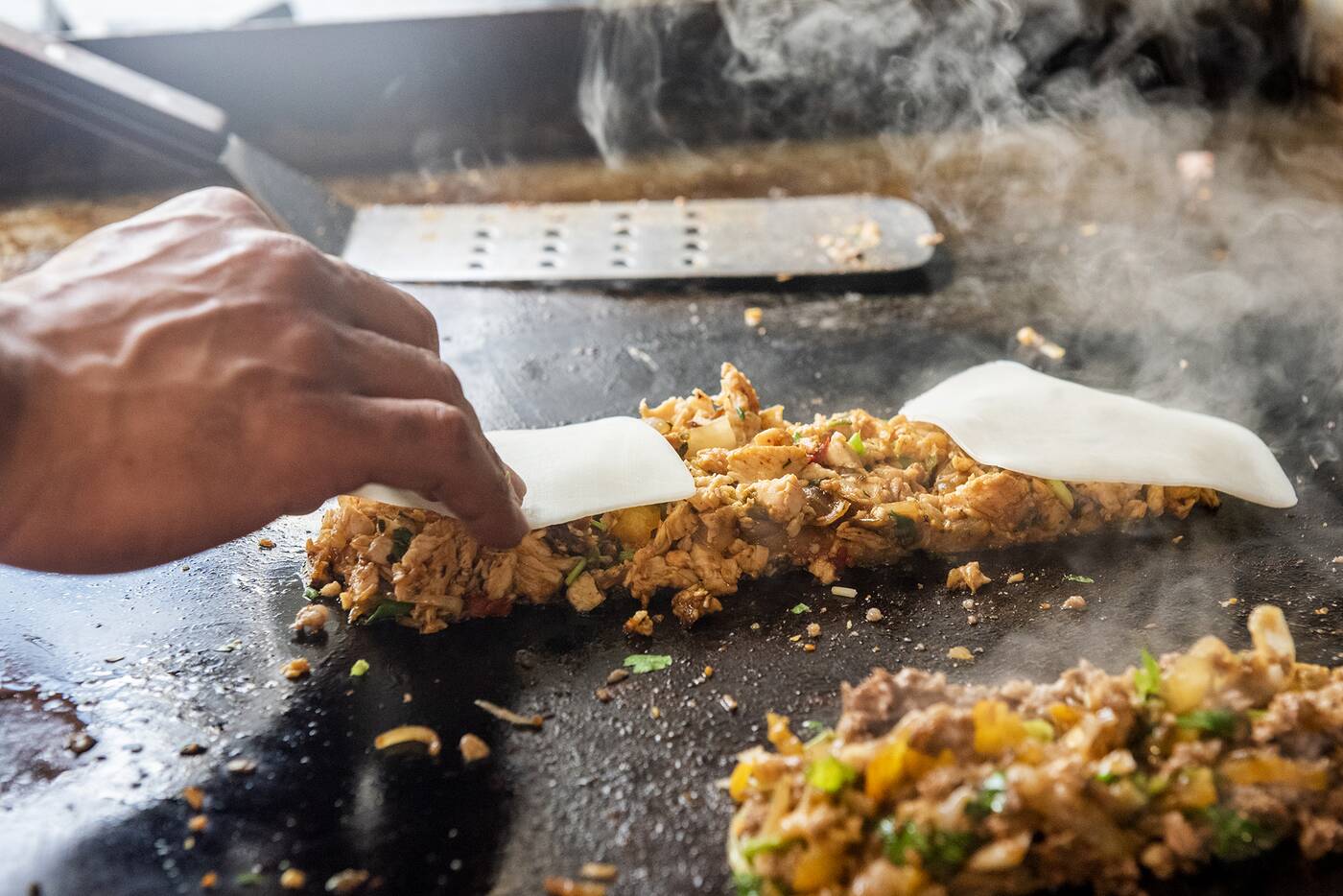 The spices on the chicken are large and flaky and the meat is more chunky, and Dijon adds another mild layer of heat, provolone a little less gooey. 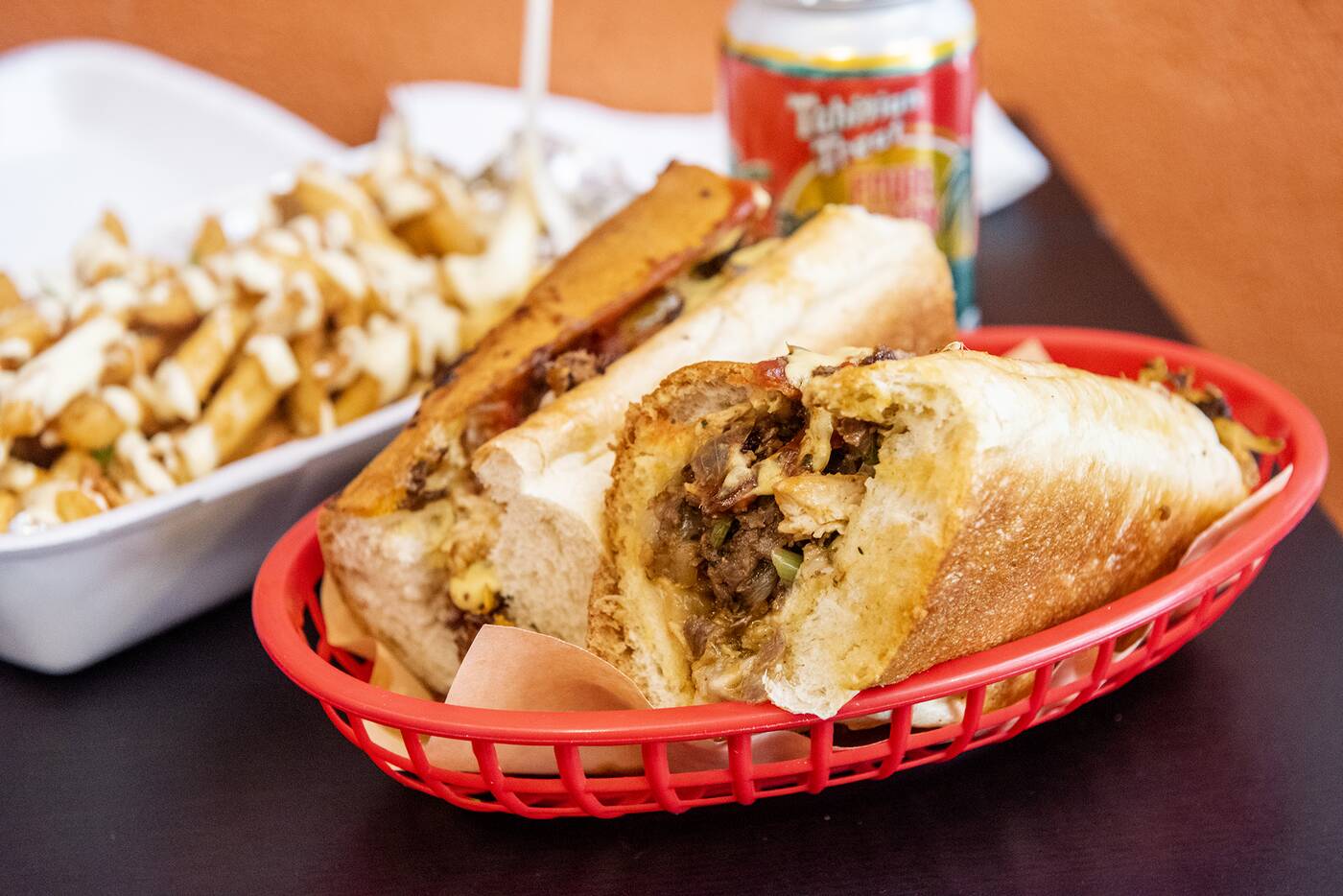 The Paulie Special ($14) is loaded with double the steak and chicken, named for a friend who comes in after the gym. It seems ideal for this situation, hearty and packed with protein, flavour and texture. 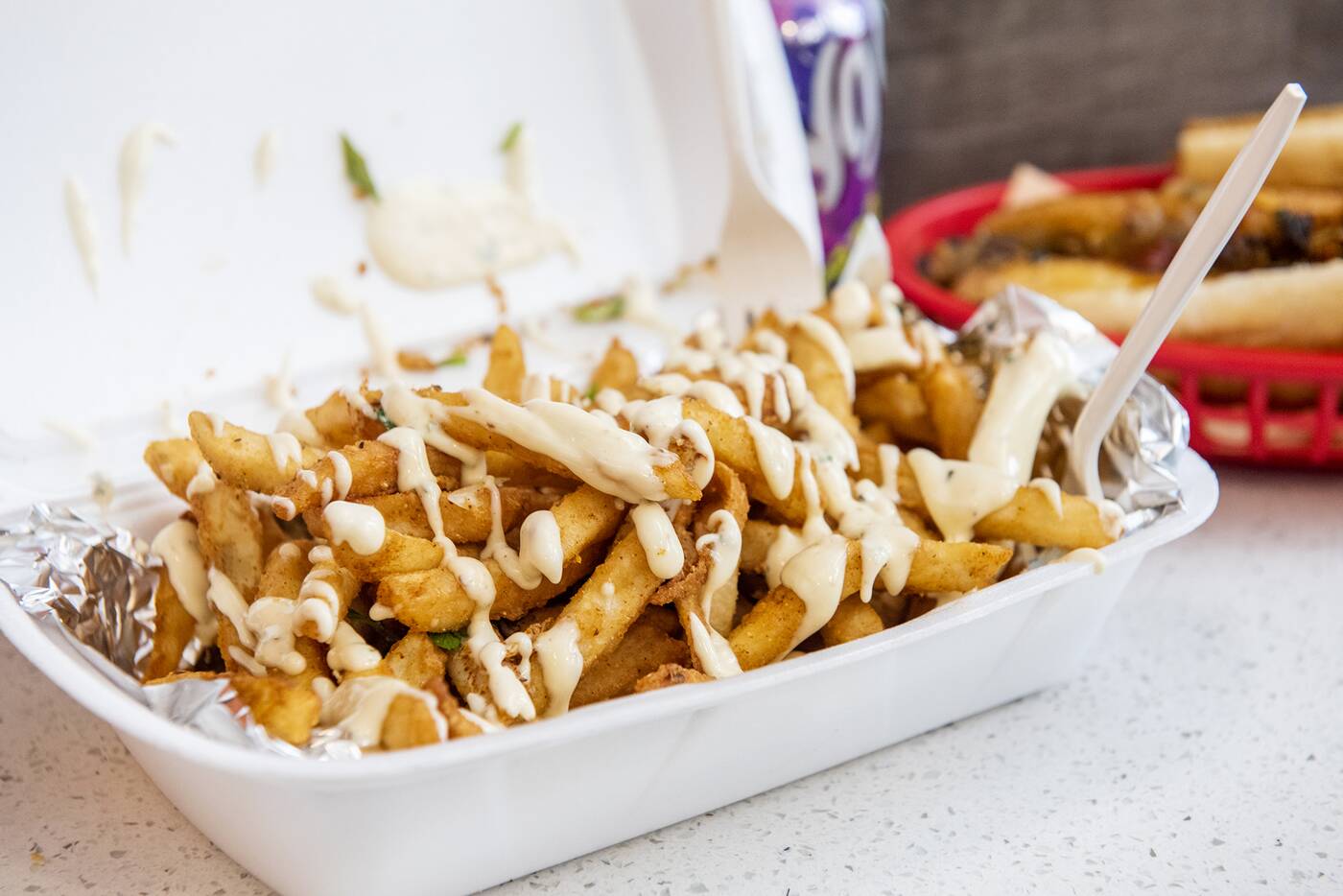 Crab fries ($8) are an homage to Philly joint Chickie's and Pete's, topped with fresh crab meat that permeates the fries with seafood flavour, zesty "illspice" and a generous drizzle of the potent garlic aioli. 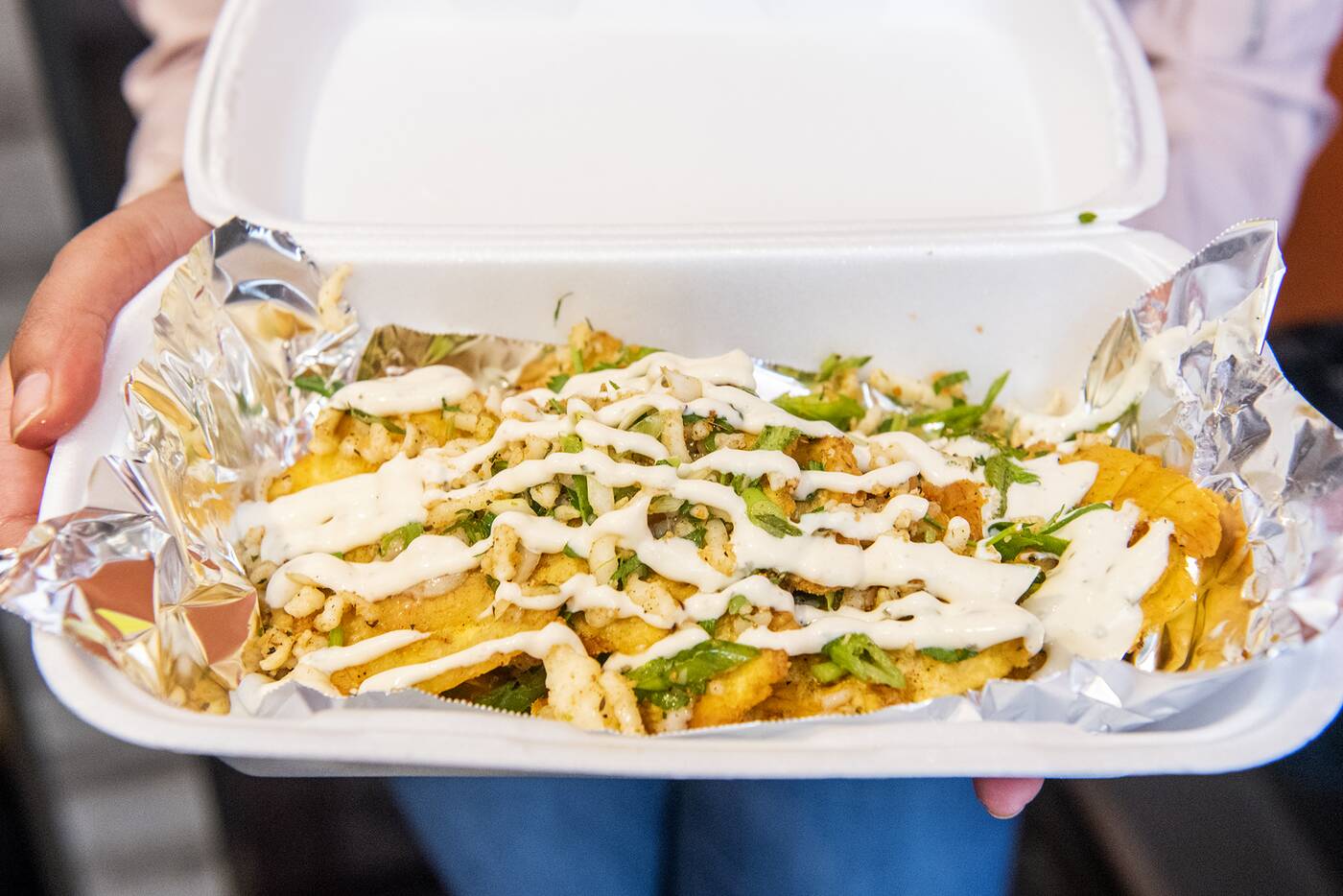 Tostones ($7) are another somewhat unexpected side, a tribute to Philadelphia's Puerto Rican community and Marshal's Caribbean heritage, smashed crispy chewy fried plantain loaded with aioli and scattered with green onion. 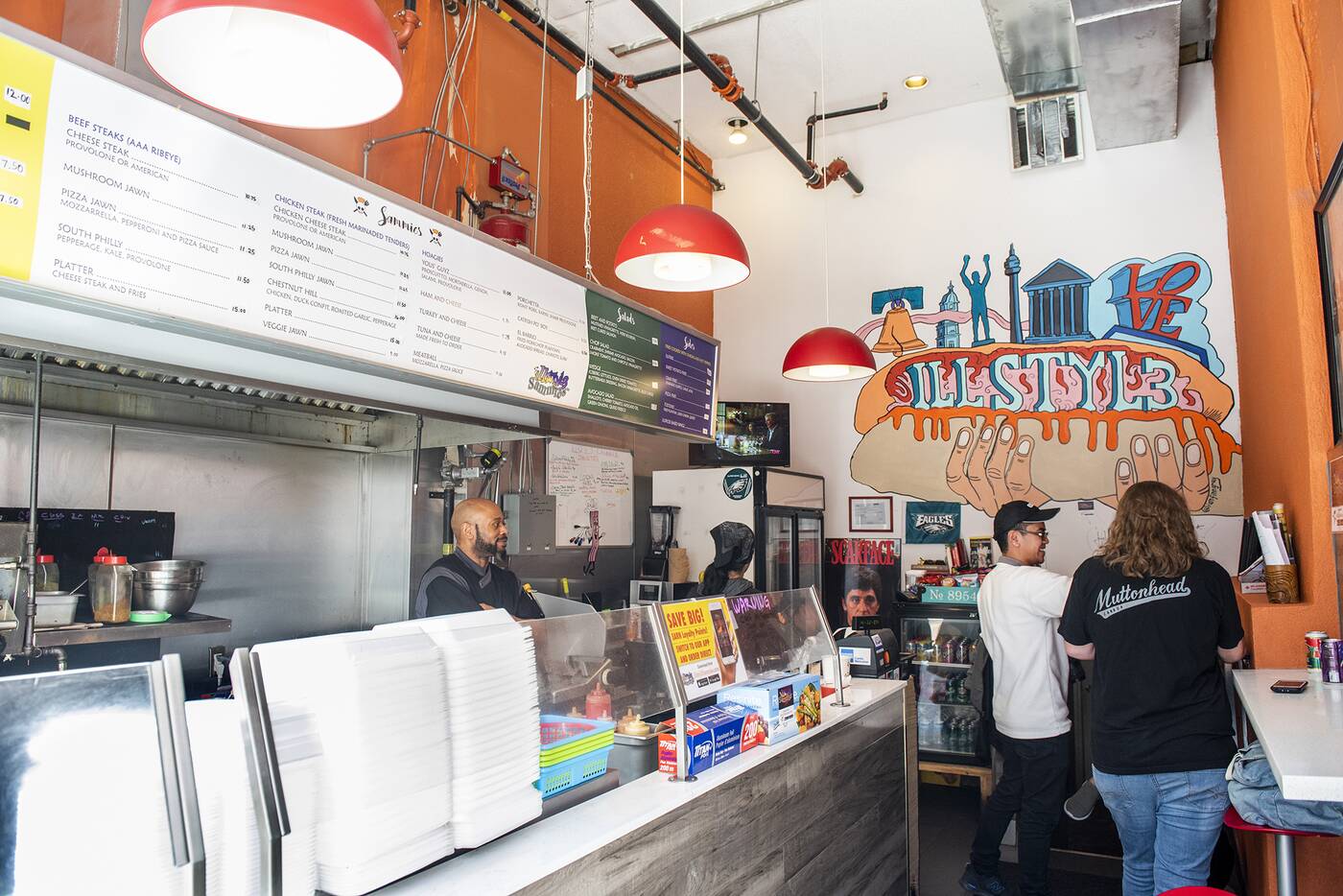 A mural at the back depicts Philly landmarks, and a note next to the cash reads, "Warning: chef is sarcastic, take no offence." 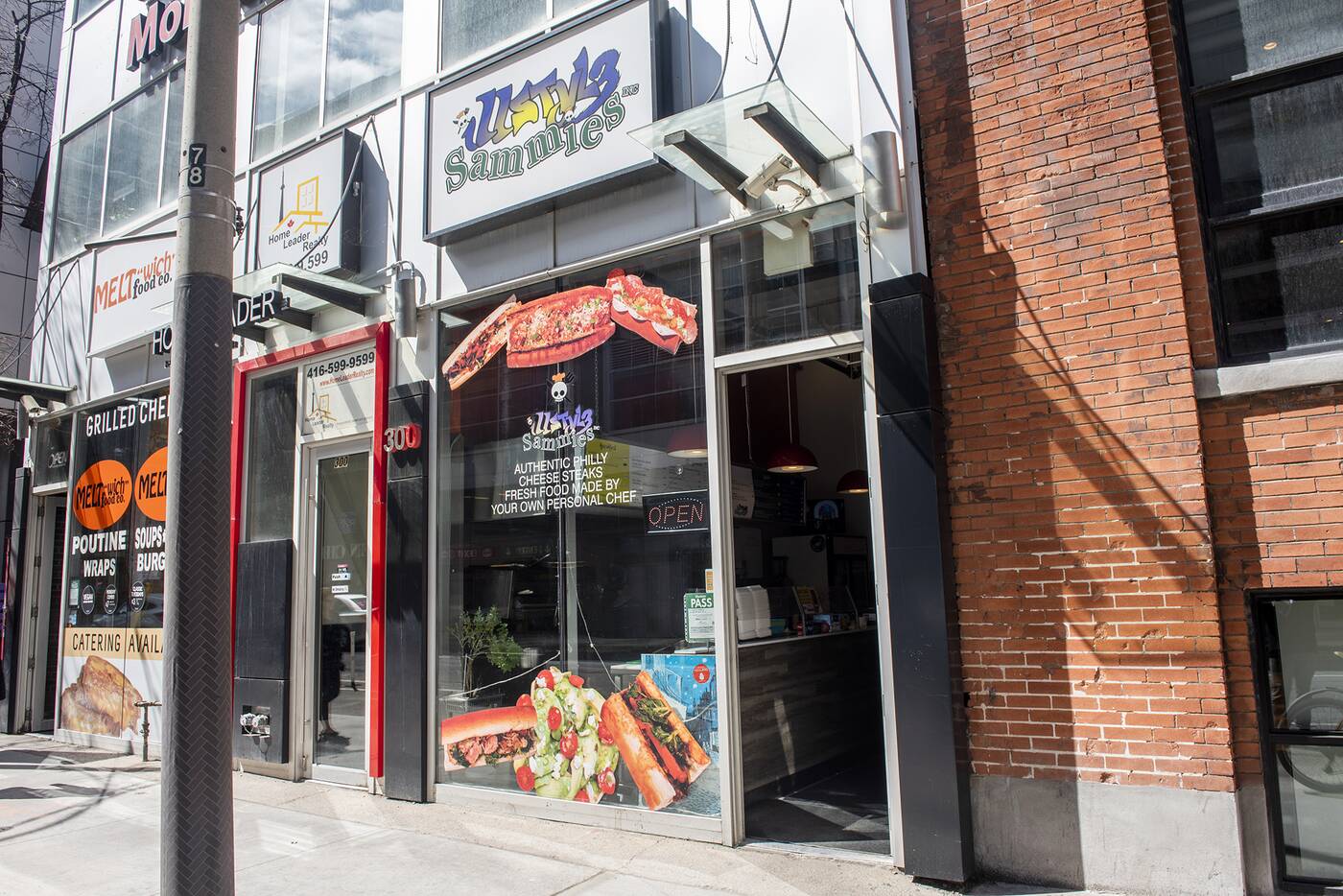 The Best Philly Cheesesteak in Toronto