Hy's Steakhouse is currently open but their offerings and services may be affected due to the pandemic. Please contact the business directly for more information about any changes. Is this your business? Please contact us if you would like to update this message.

Hy's Steakhouse has roots in Calgary that extend back to 1955, and has been in operation in Toronto for nearly half a century.

Founder Hy Aisenstat's family still runs the chain, and there are now also locations in Vancouver, Whistler and Winnipeg. 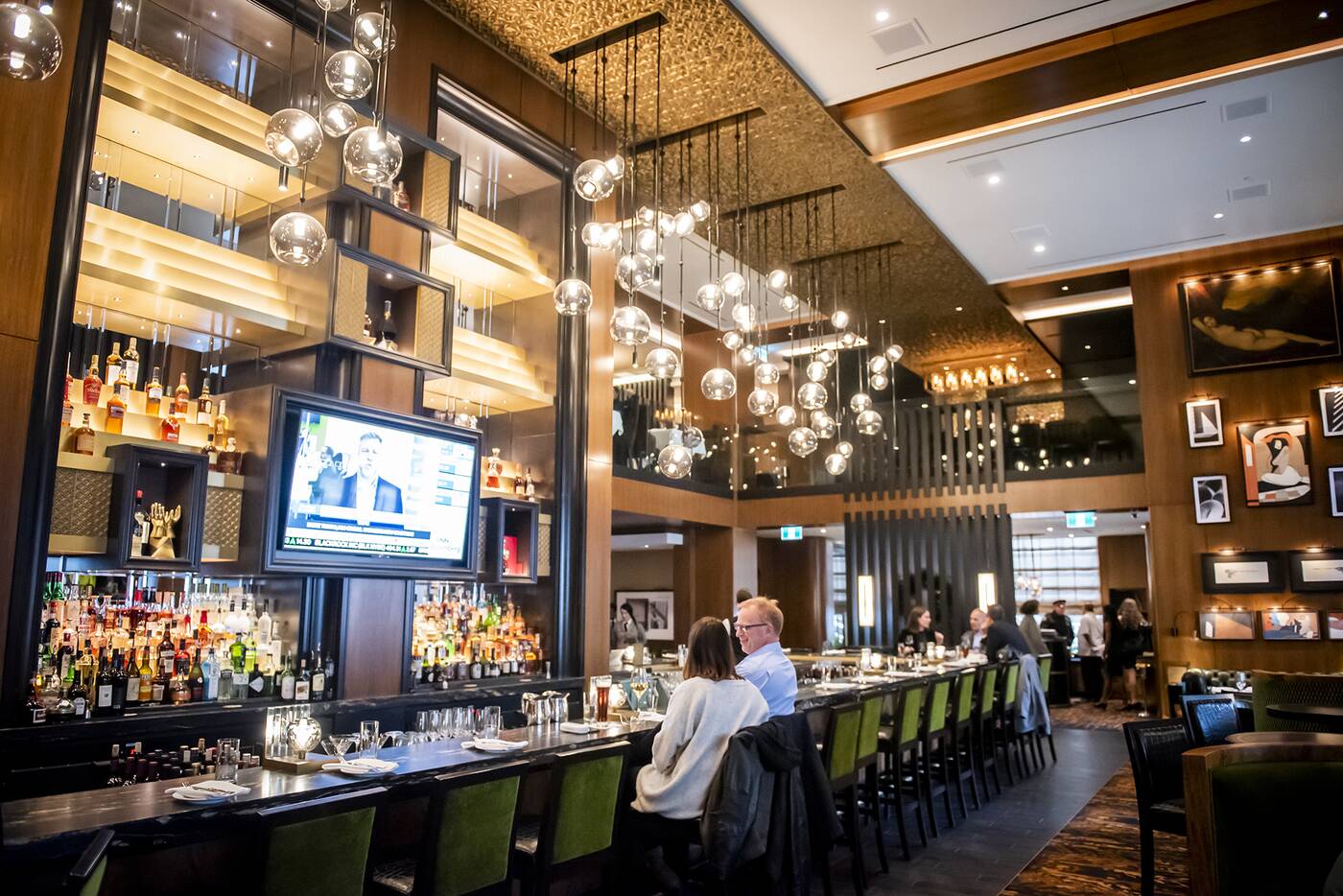 This grand location is their third ever in Toronto, though just a stone's throw from an original spot in Richmond, and then a second location that used to be on Adelaide. 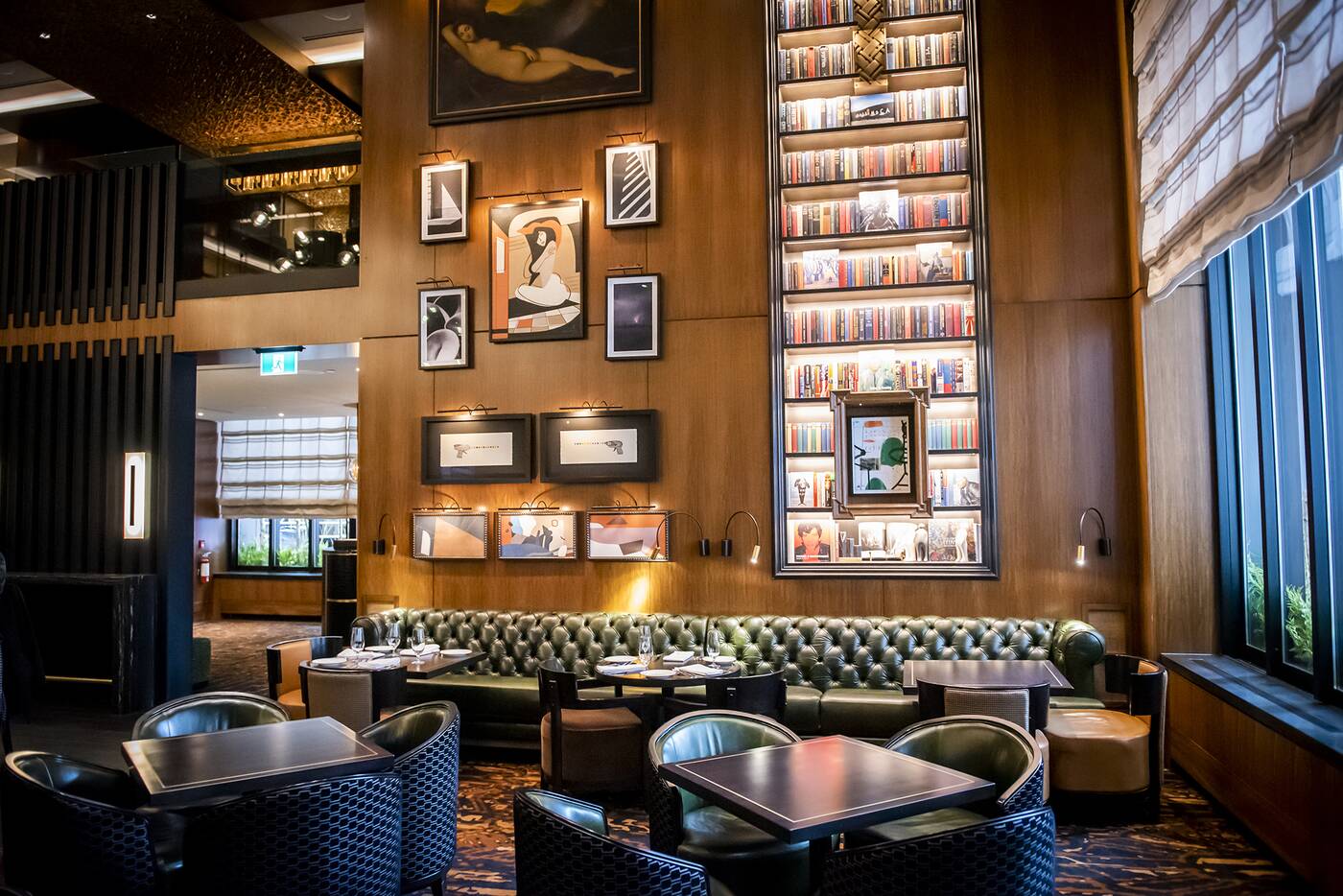 A former life as a bank lends the multi-level space high ceilings, perfect for displaying art and a ton of books on towering shelves, as well as high quality spirits on an epic back bar. 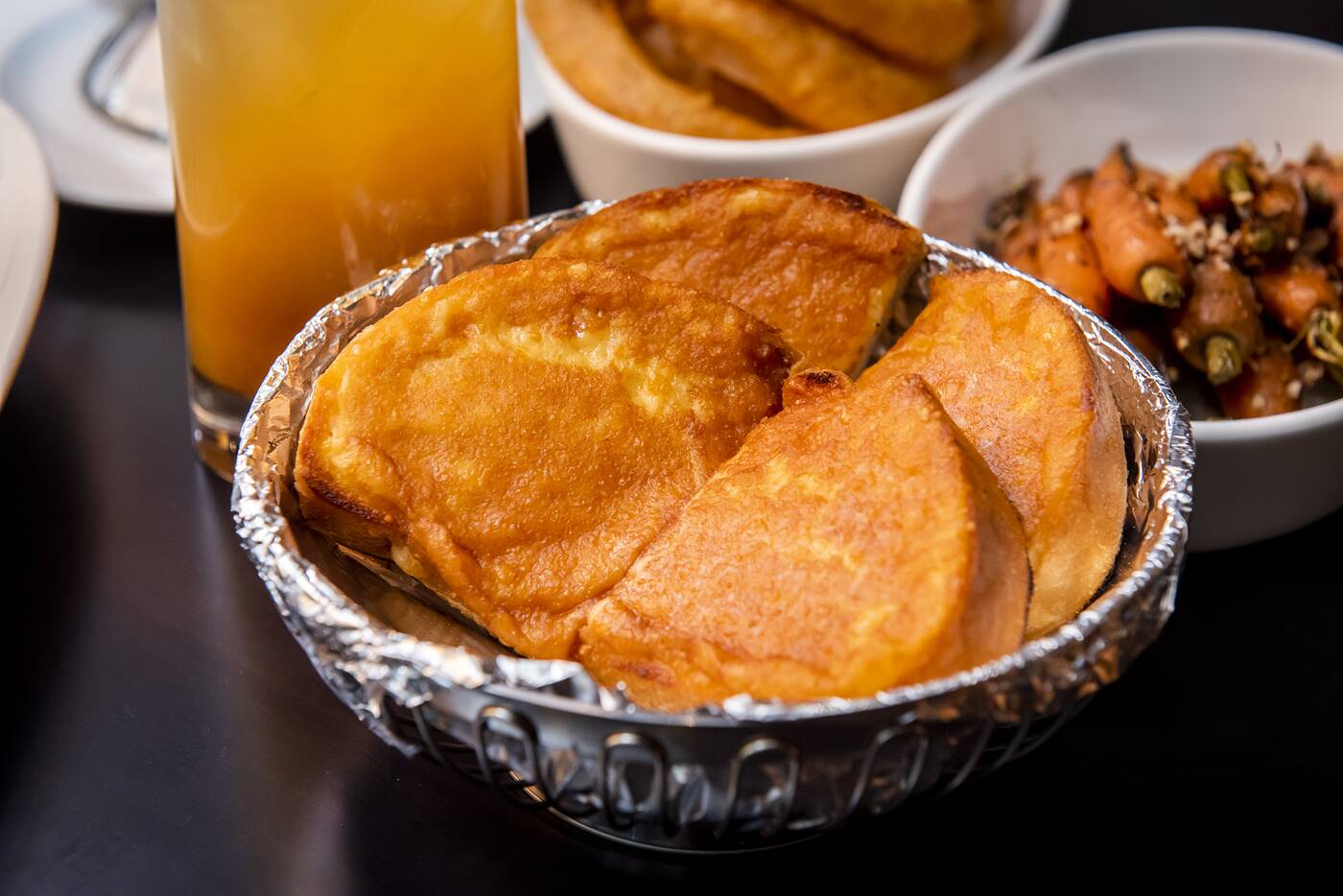 Don't pass up the chance to start a meal here with cheese toast for two ($10.95). Cheesy, bubbly, crispy, and just slightly greasy with a spongy interior, I'd even just order this on its own as a bar snack. 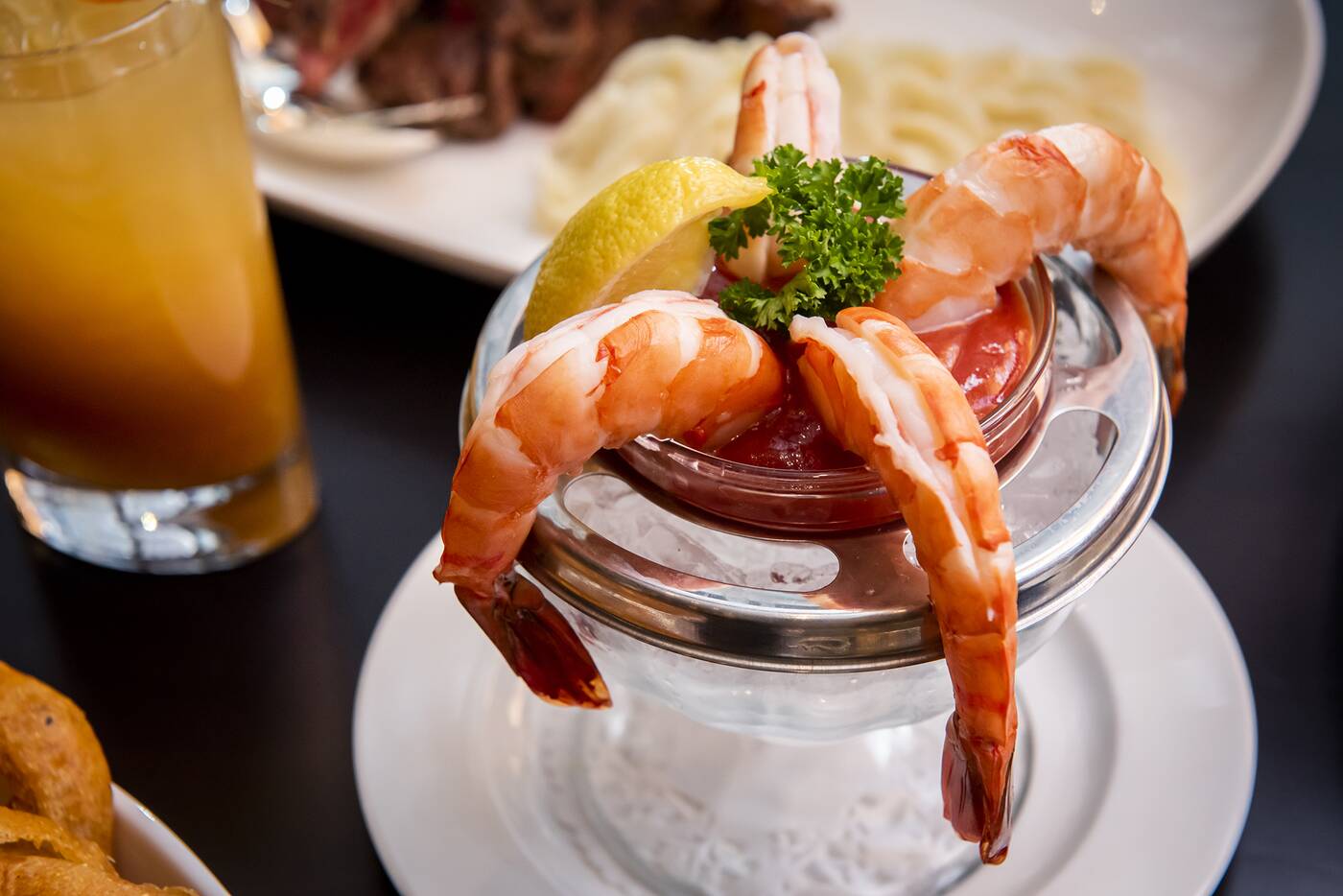 The jumbo prawn cocktail has a jumbo $25.95 price tag, though the juicy shrimp are absolutely massive and presented with a good amount of sweet, silky cocktail sauce. 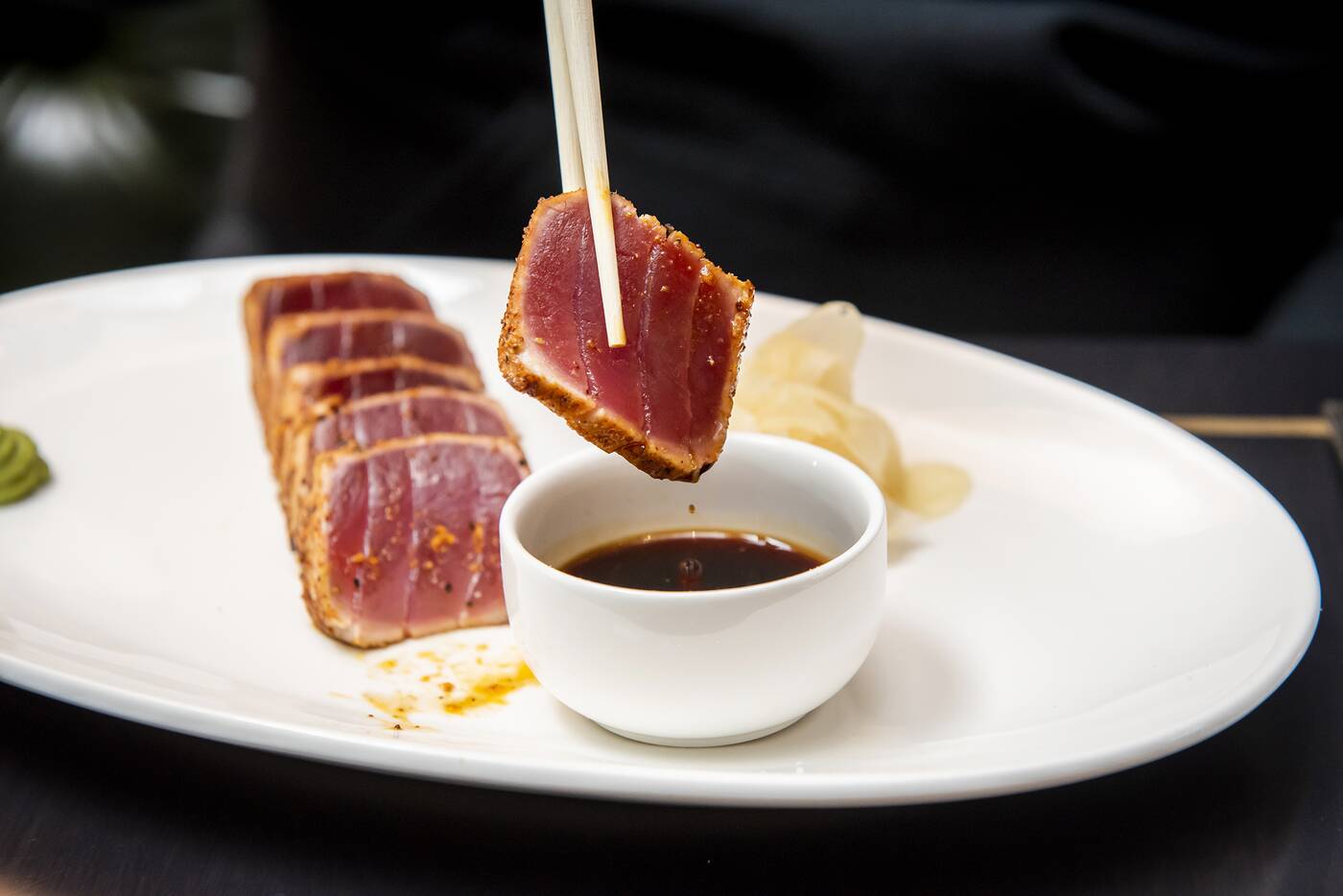 "Black & Blue Ahi Tuna" ($22.95) is coated in Hy's brand of smoky Cajun seasoning that adds a kick to the otherwise bright, raw fish with a light outer sear, presented with soy, wasabi and chopsticks. 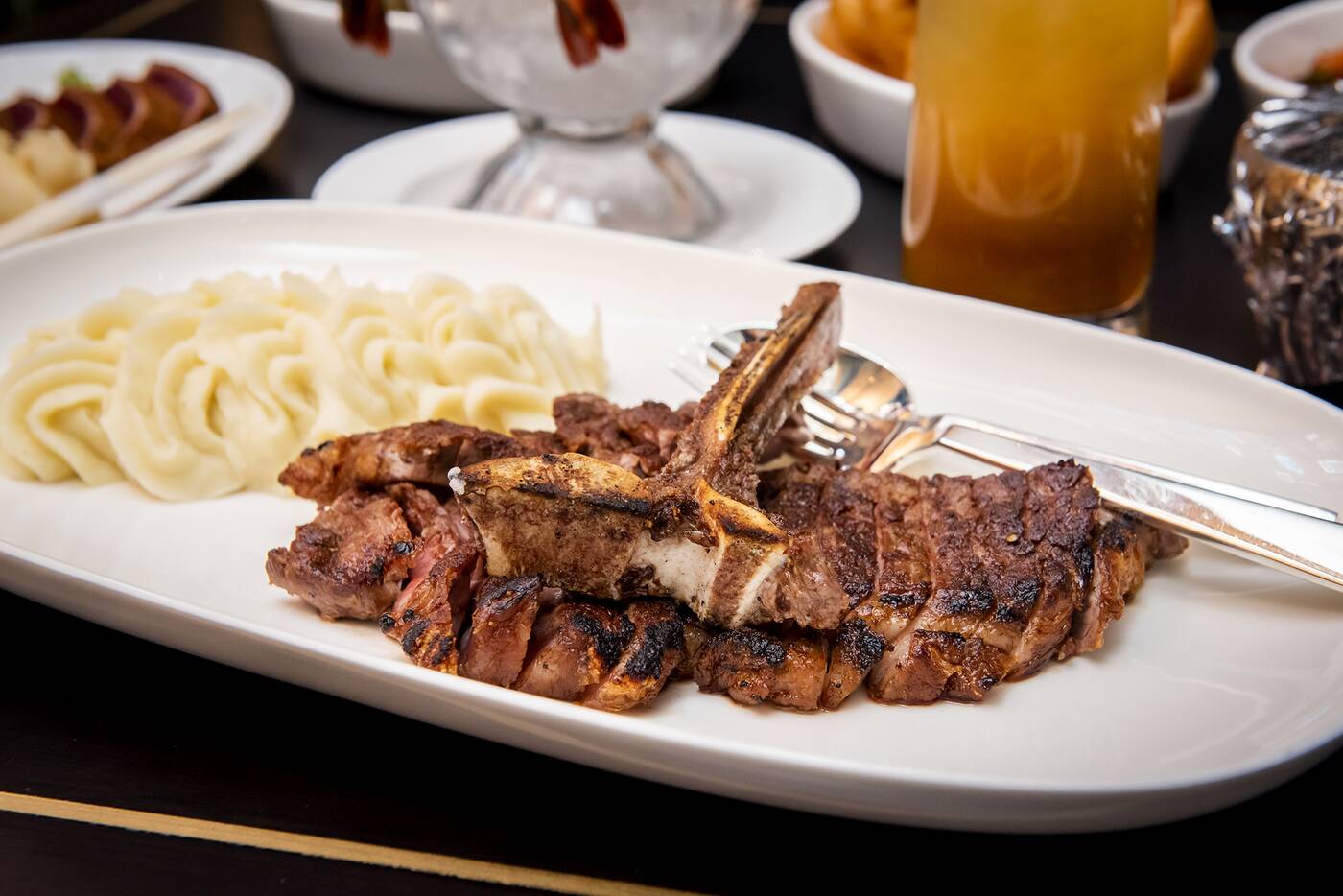 A 22-ounce porterhouse for $84.95 is made from prime beef sourced exclusively from High River, Alberta, aged a minimum of 28 days and grilled to order on a radiant heat broiler, like all steaks here. Salt is the only seasoning. 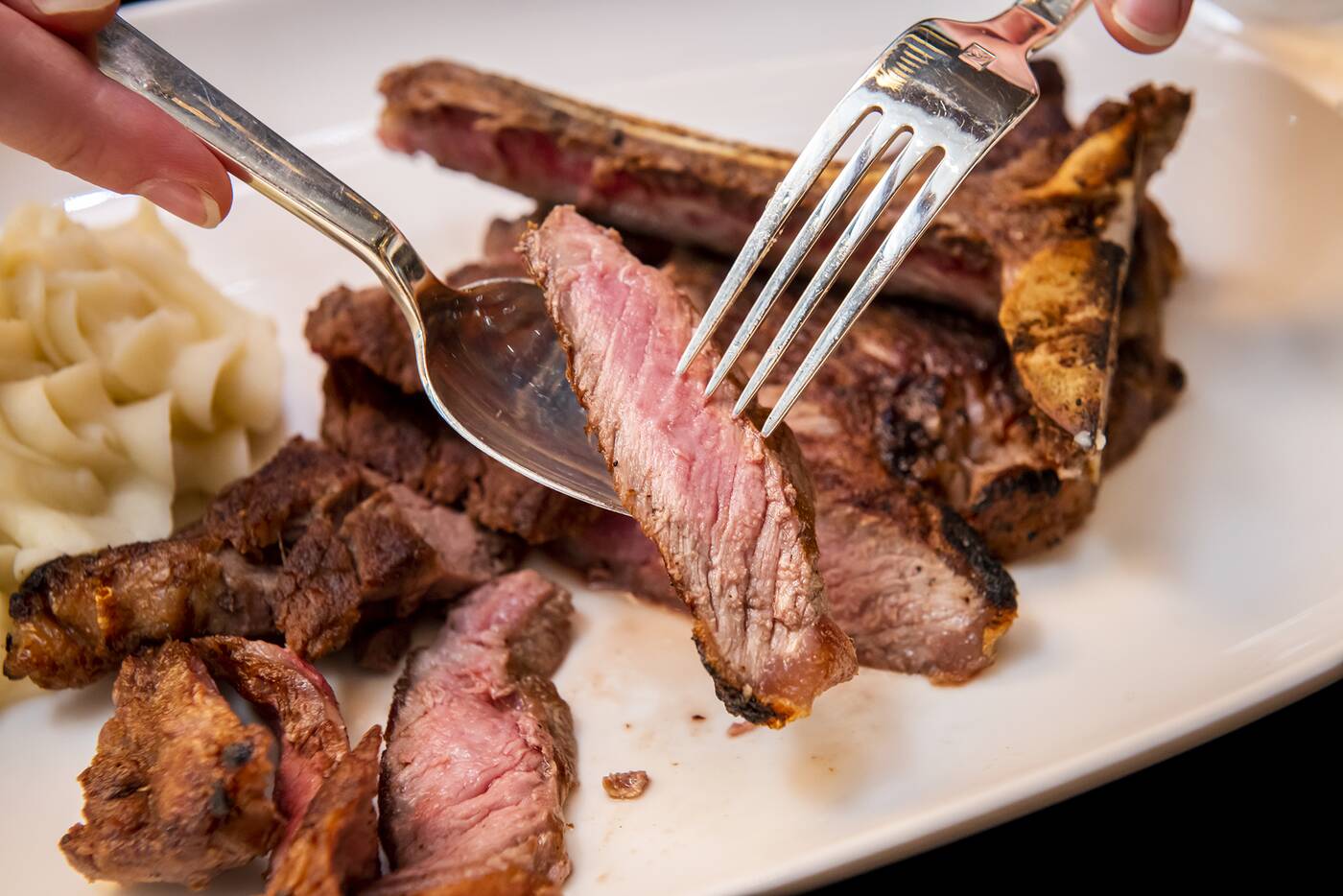 It's recommended that you order a bone-in cut like this closer to medium so all the fat can really render into the tougher meat, resulting in a tender, juicy interior and a flavourful charred exterior.

All steaks are served with your choice of baked potato, hand-cut fries or dense, garlicky mashed potatoes piped onto the plate in classic form. 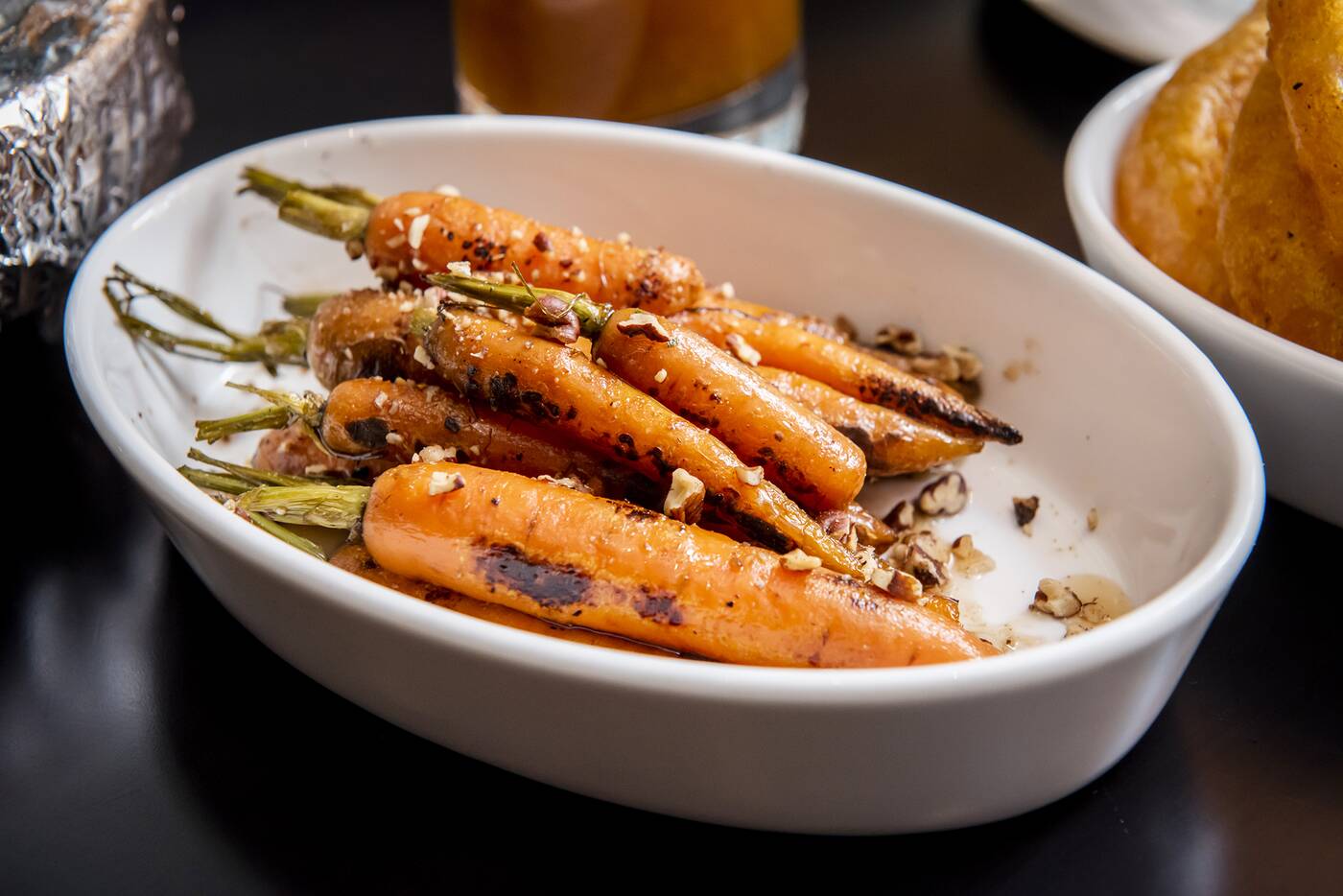 Maple pecan carrots ($13.95) are snappy rather than soft and buttery, rustically presented with a bit of green and root. A bold char on the outside plays against the crunch and sweetness of the pecan and maple. 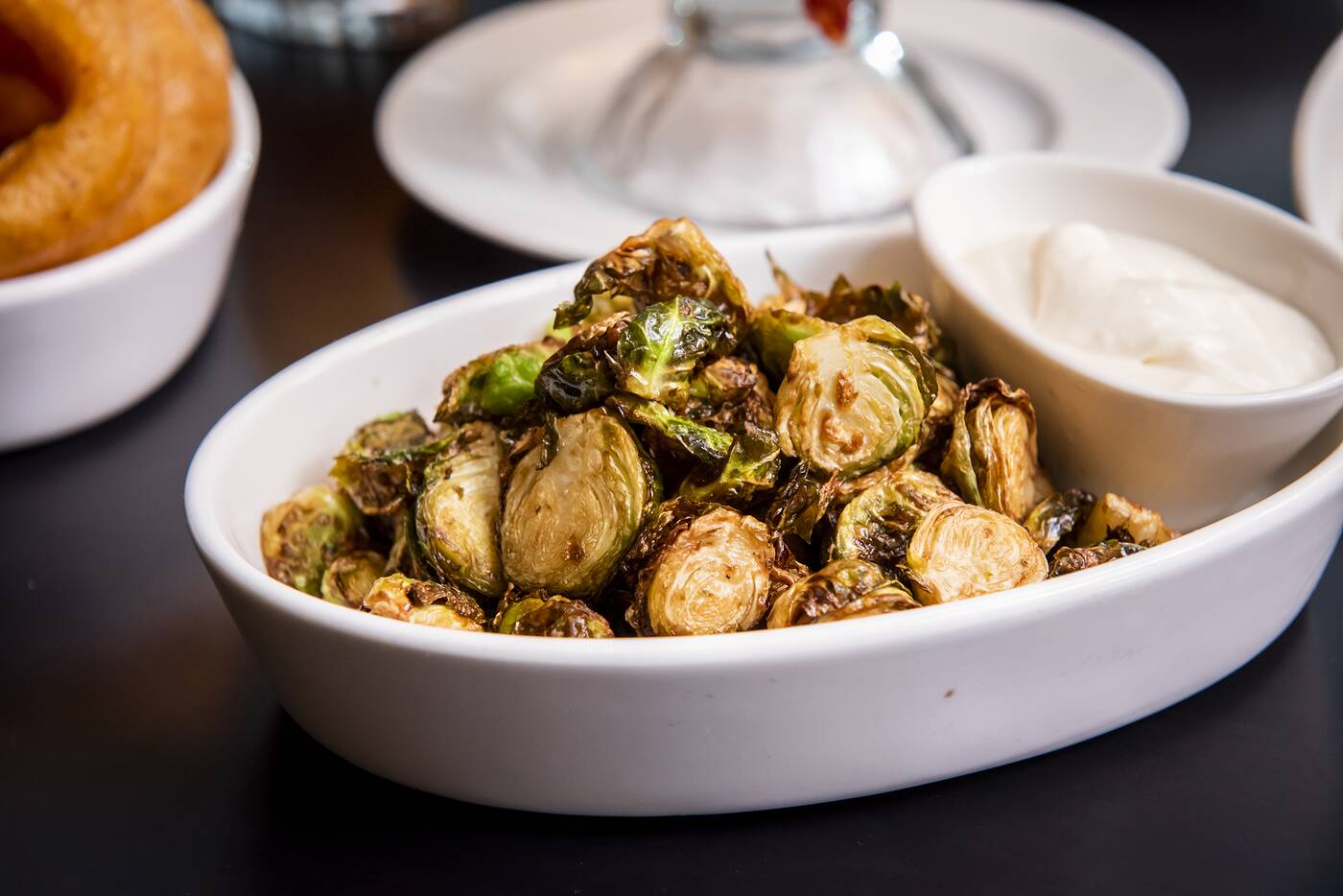 Crispy Brussels sprouts ($14.95) are as addictive as expected, especially thanks to a parmesan cream of sour cream, mayo, lemon and parm. 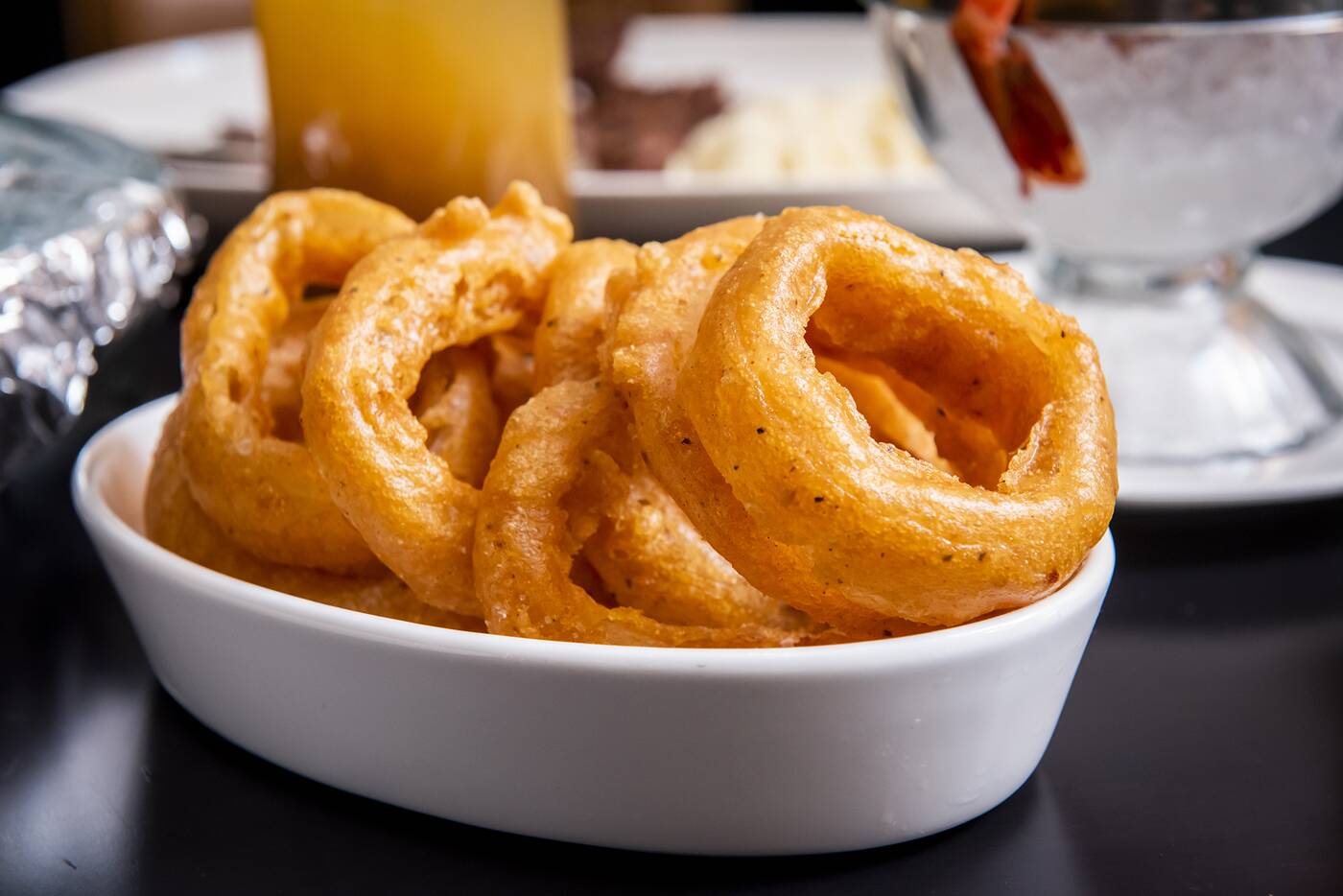 Onion rings are no A&W affair at $13.95, but they're certainly some of the beefiest, crispiest and most golden-brown I've ever had. 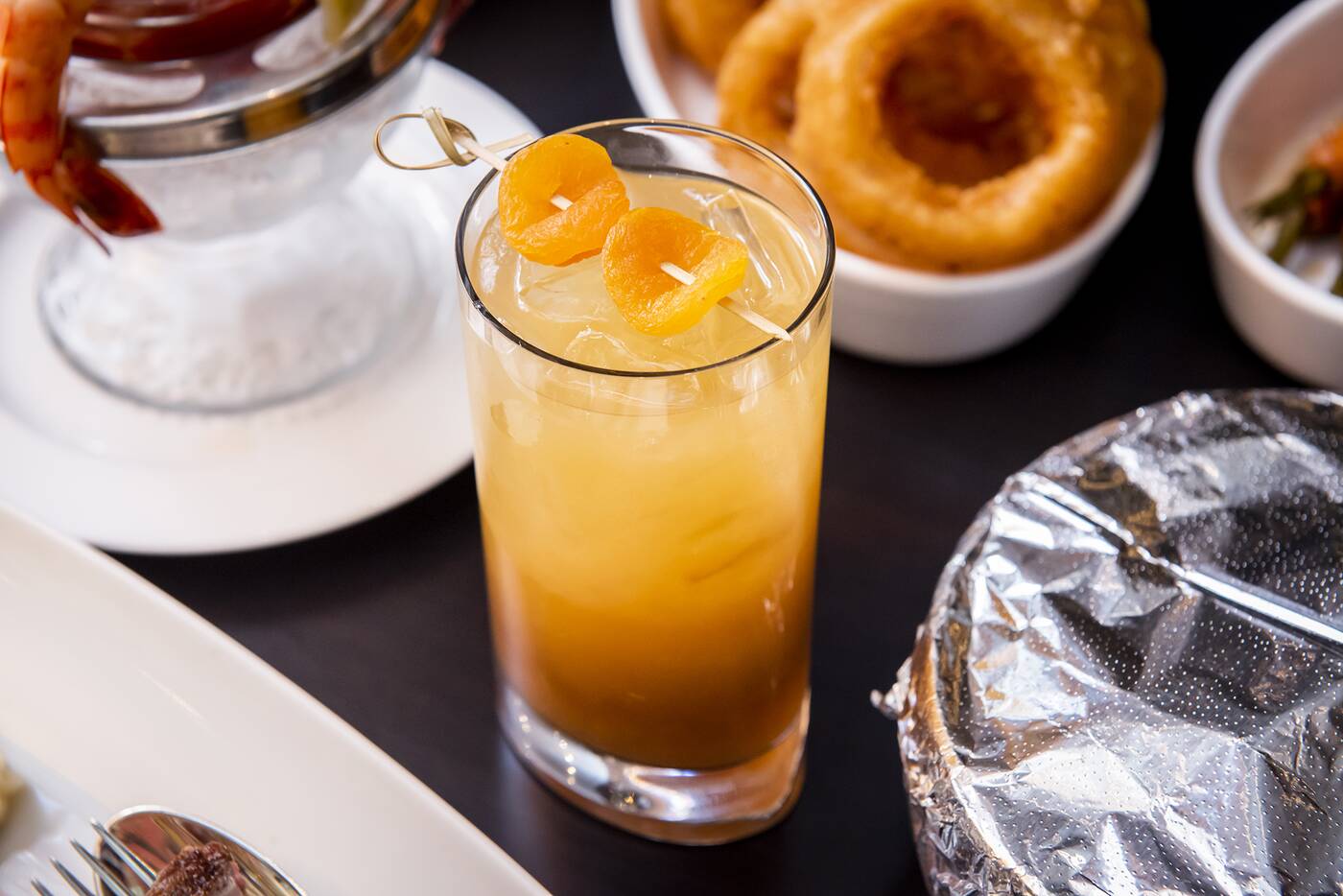 A $19 Disclosure cocktail is made with vodka and vermouth that are a bit overpowered by marsala, apricot liqueur, ginger beer, and orange and lemon juices. 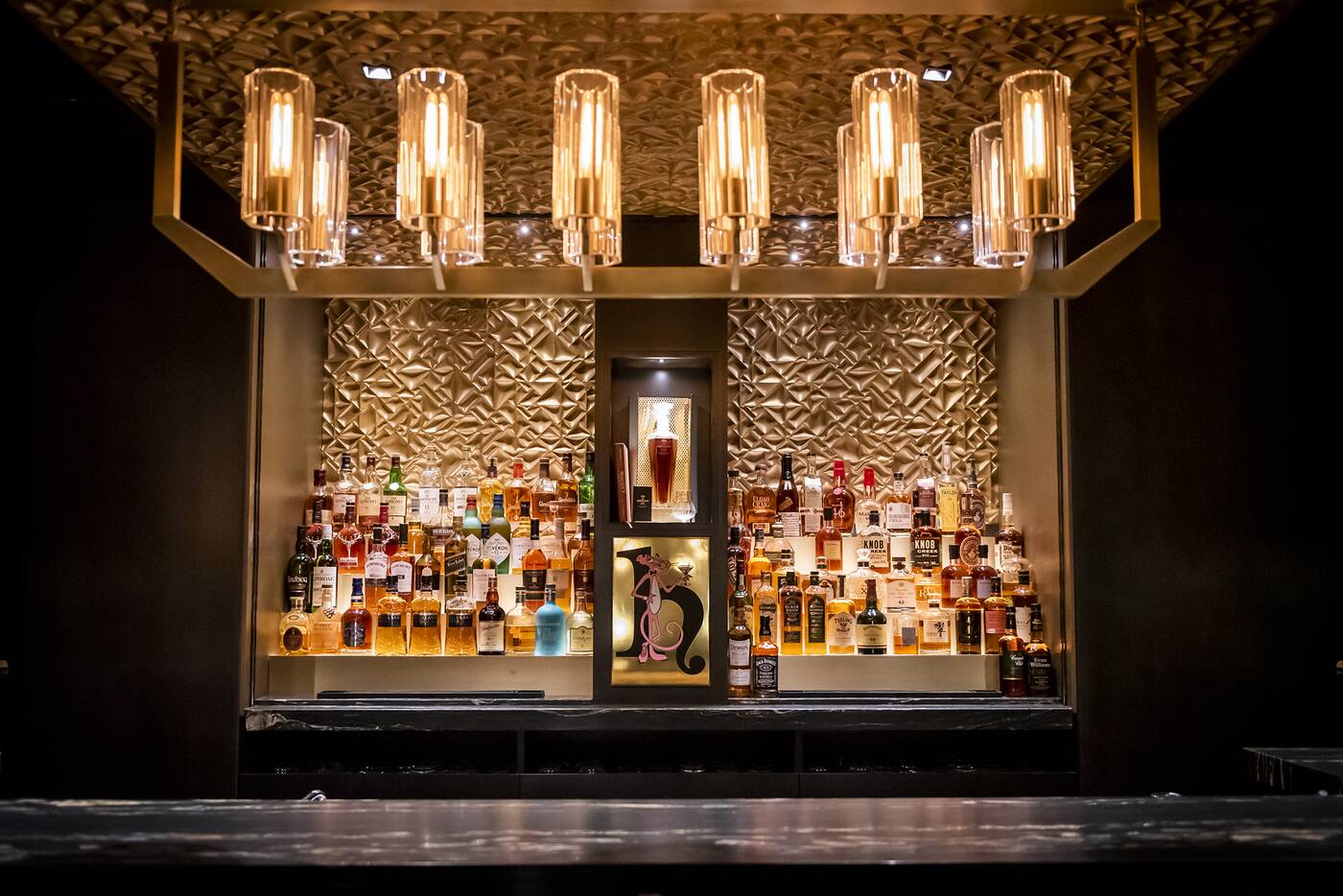 The upper floor dining room actually features its own champagne and whisky bar. 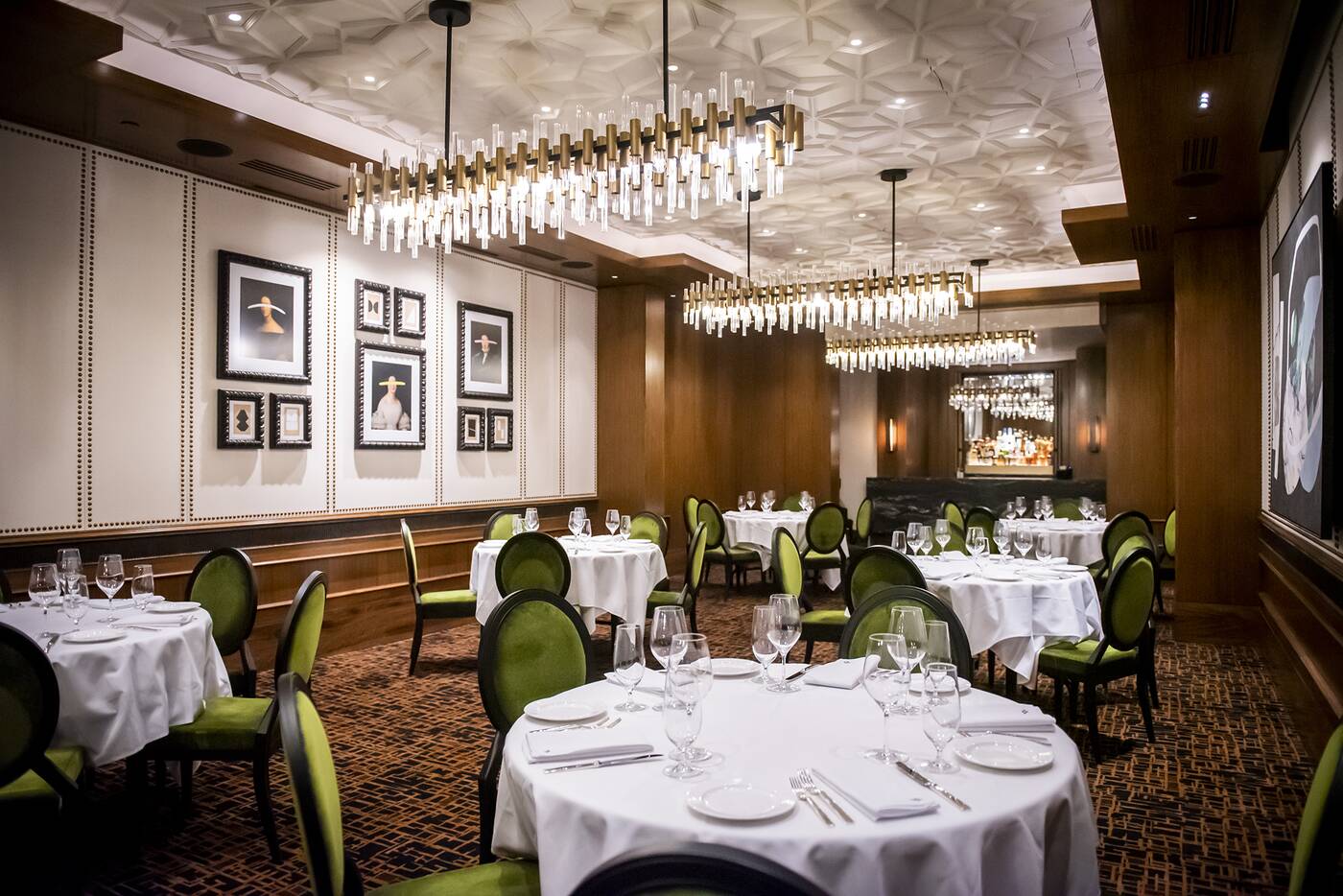 Bank vaults were carved out of the basement in order to create elegant private dining spaces. 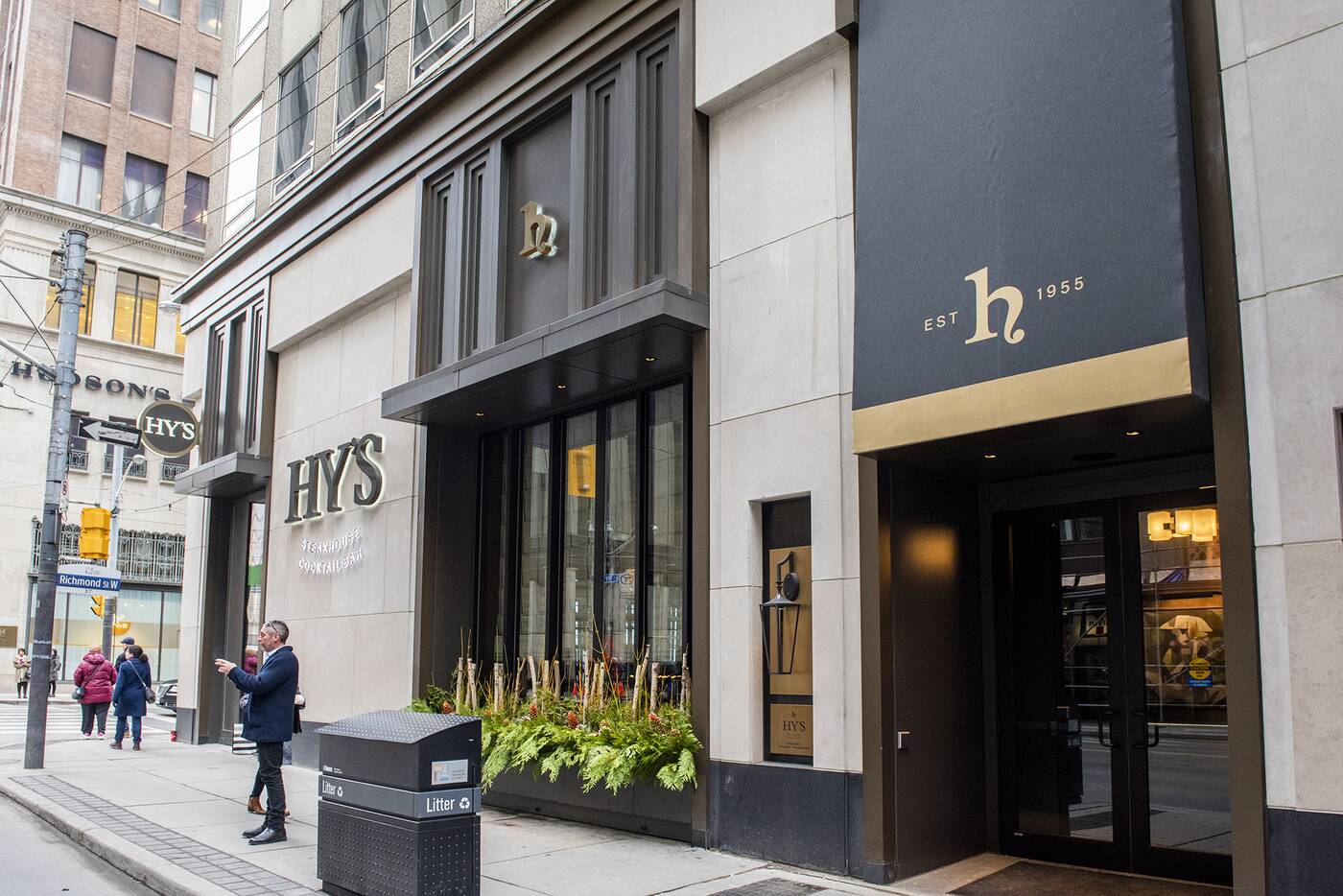