Gyubee is an all-you-can-eat Japanese BBQ joint with origins in Markham. Angus beef as well as a huge range of chicken, pork, and even a ton of veggies and gluten-free options are cooked DIY-style over a smokeless gas grill. 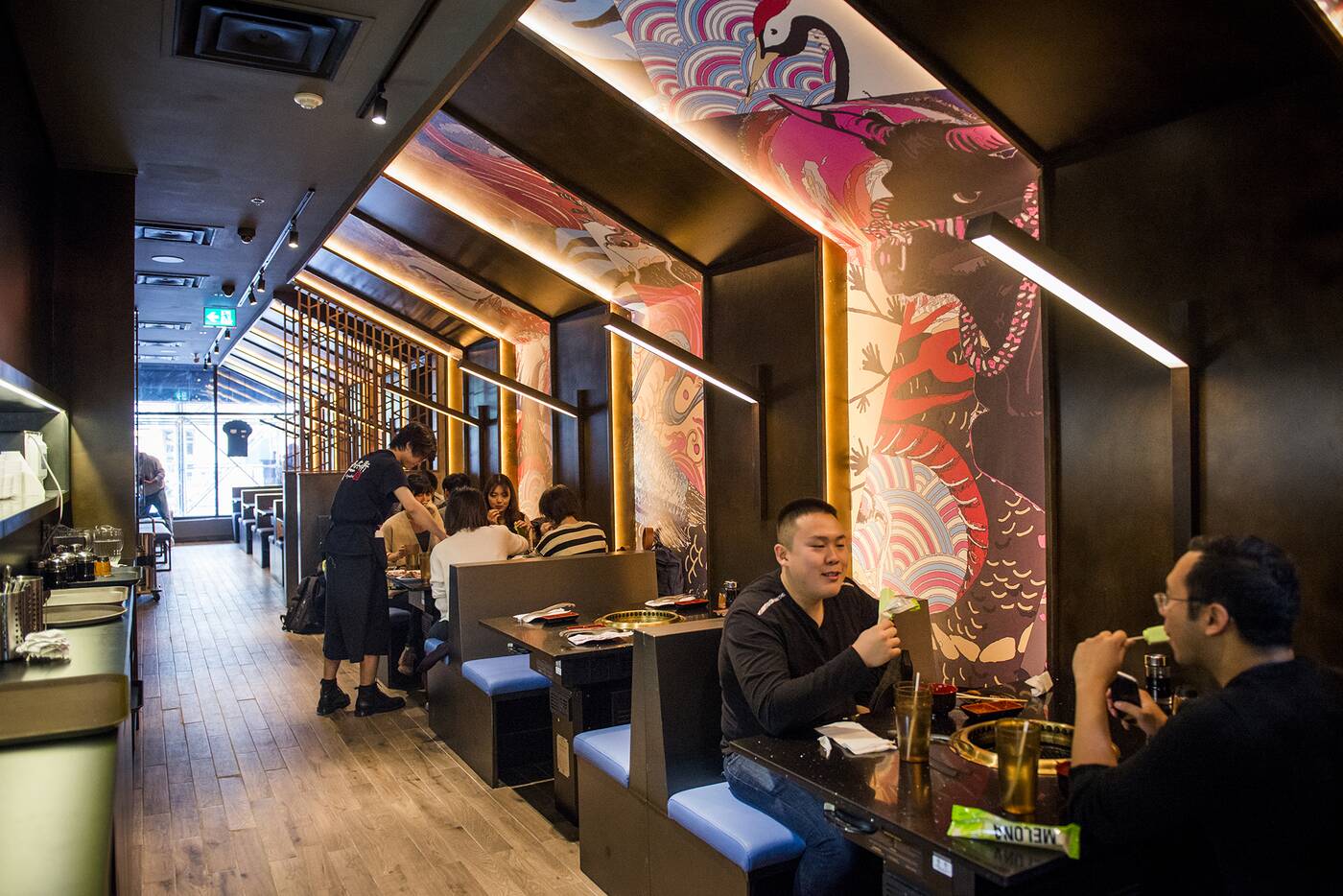 A hearty izakaya-style hello rings throughout the restaurant upon entry. 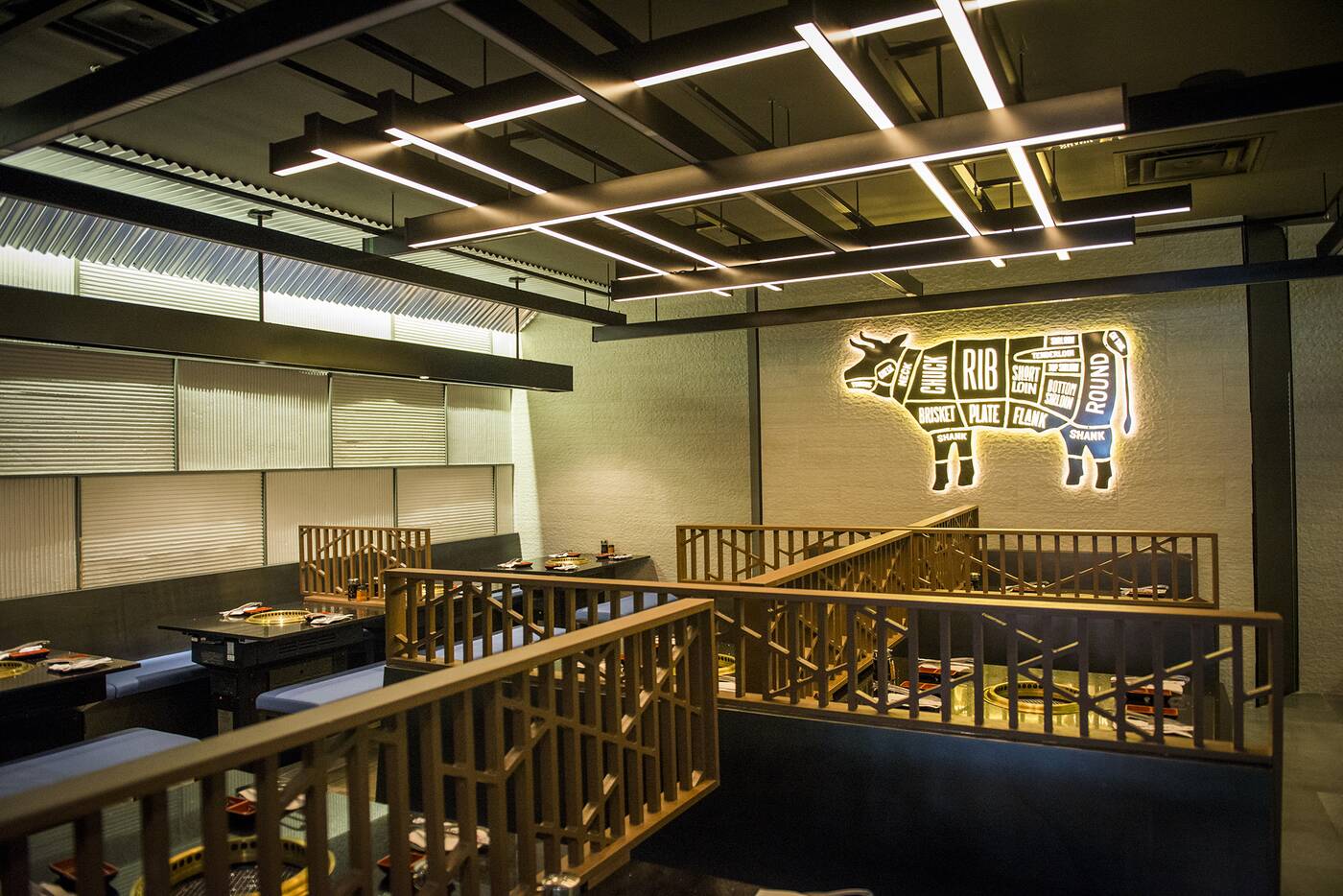 A graphic element displaying beef cuts glows at the back of the spacious, mainly filled with booth seating to accommodate large groups gathering around the tabletop cooking devices. 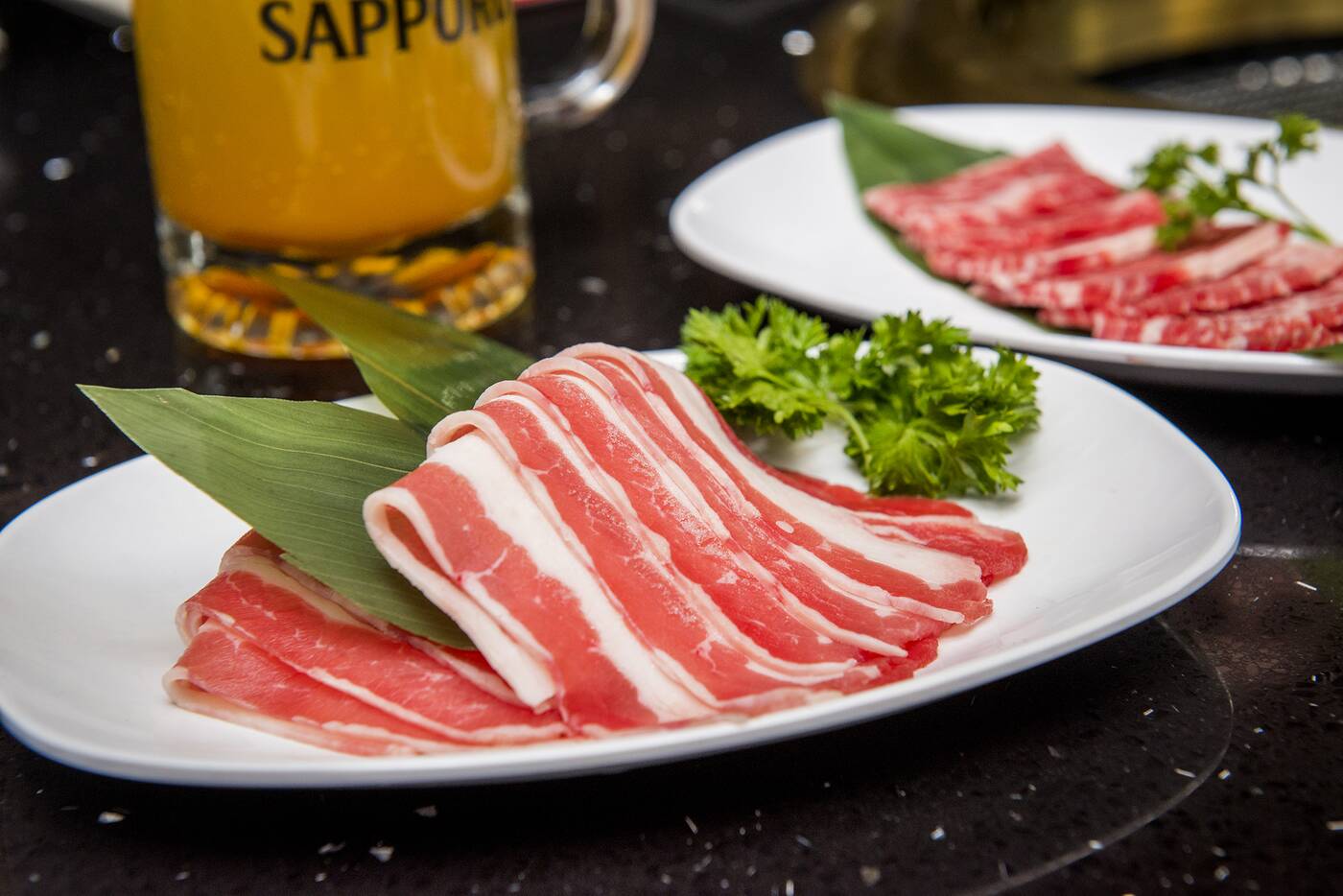 Long slices of beef brisket are paper-thin, meaning they cook quickly and might stick to the grill a little, but deliver big on meaty, fatty flavour. Don’t worry about separating the slices, just throw a bunch on at once. 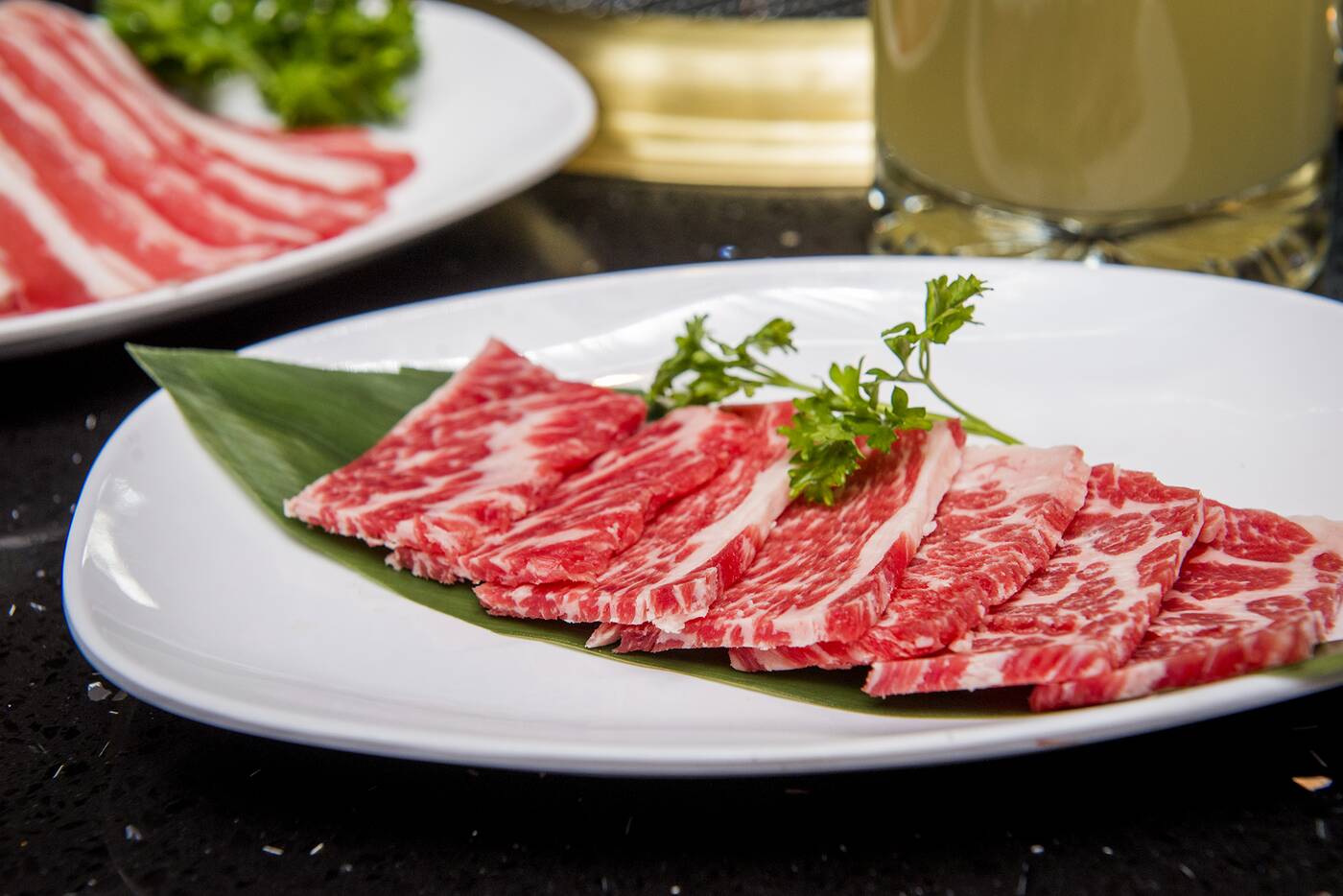 Kalbi short rib is served off the bone unlike most places so you don’t have to tear the meat off or use scissors. 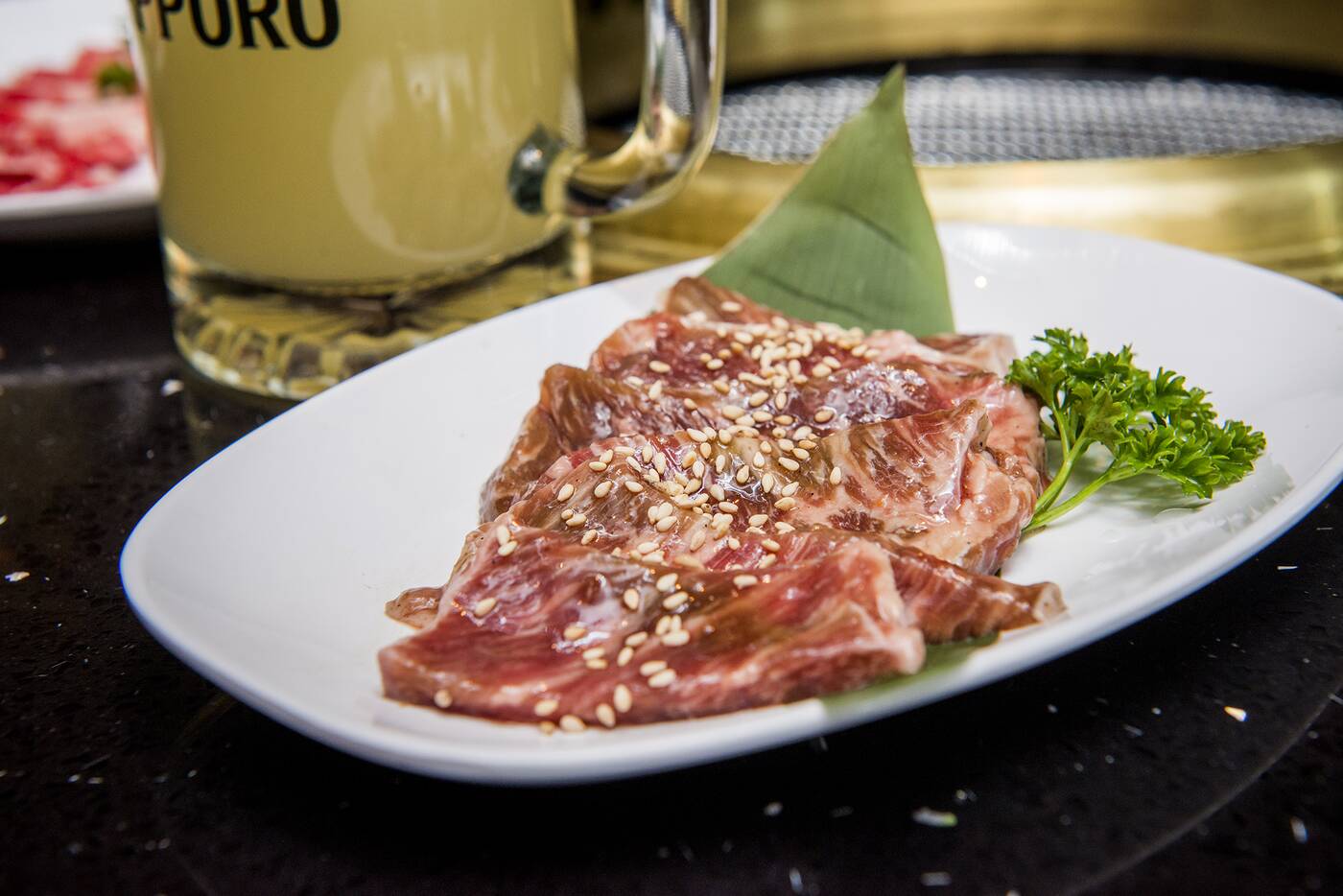 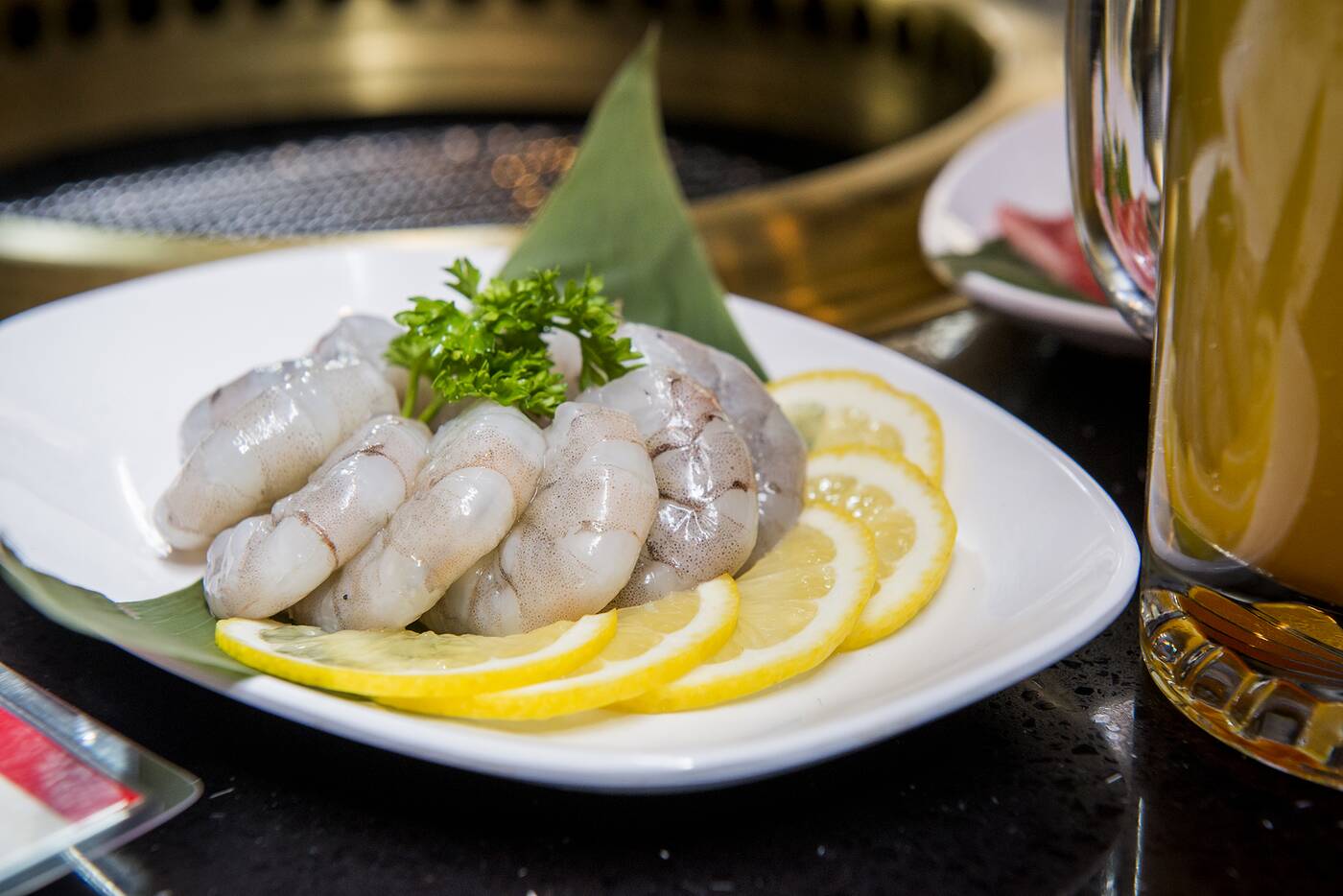 Shrimp is the sole seafood option. 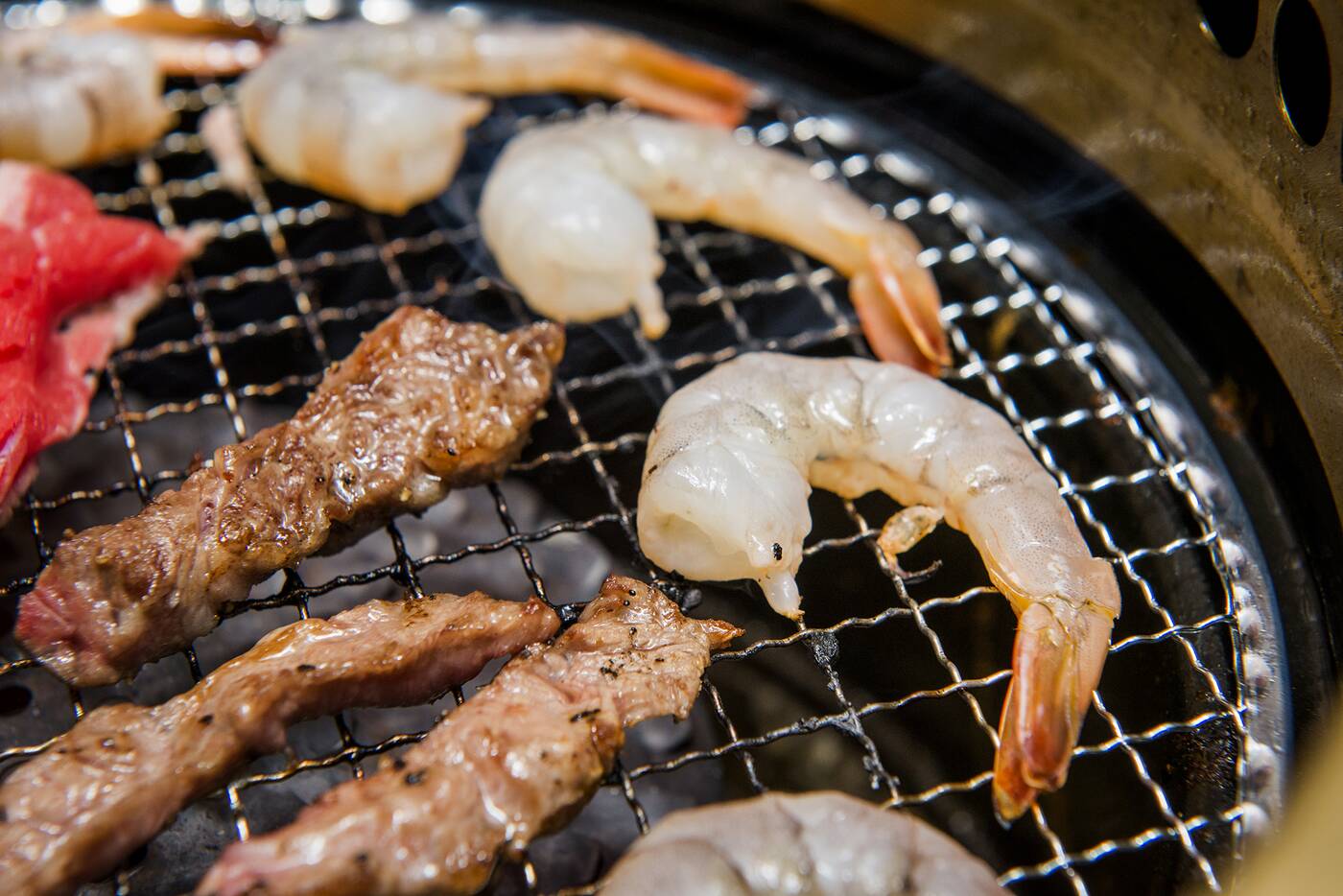 With this, pork and chicken you want to cook them all the way through slowly so it’s better to place these on the side of the grill. 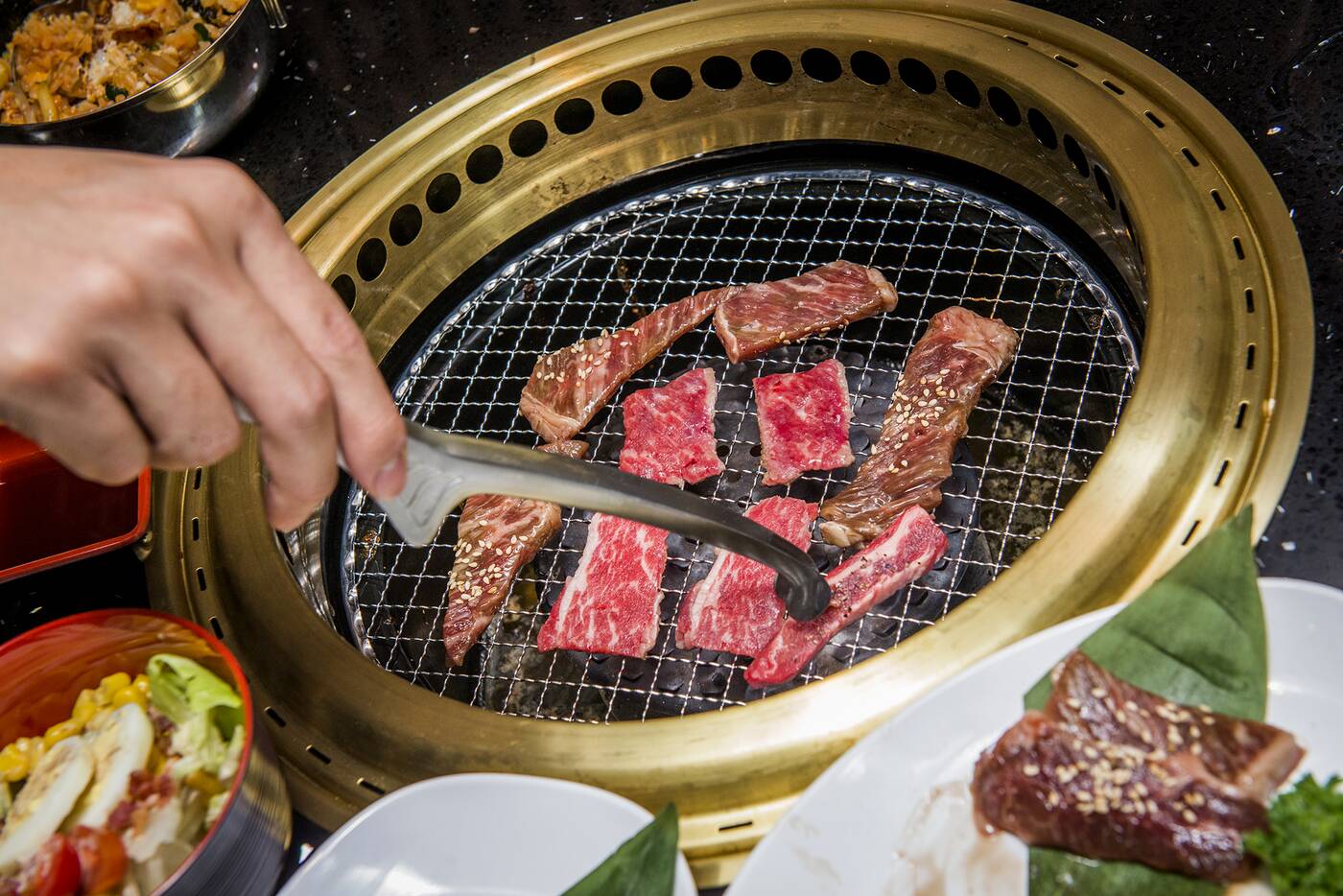 It’s recommended that beef be placed in the centre of the grill because you want to cook it as fast as possible, about forty seconds a side. You can also judge when to flip by watching how the meat becomes shiny, meaning juices are starting to seep out. 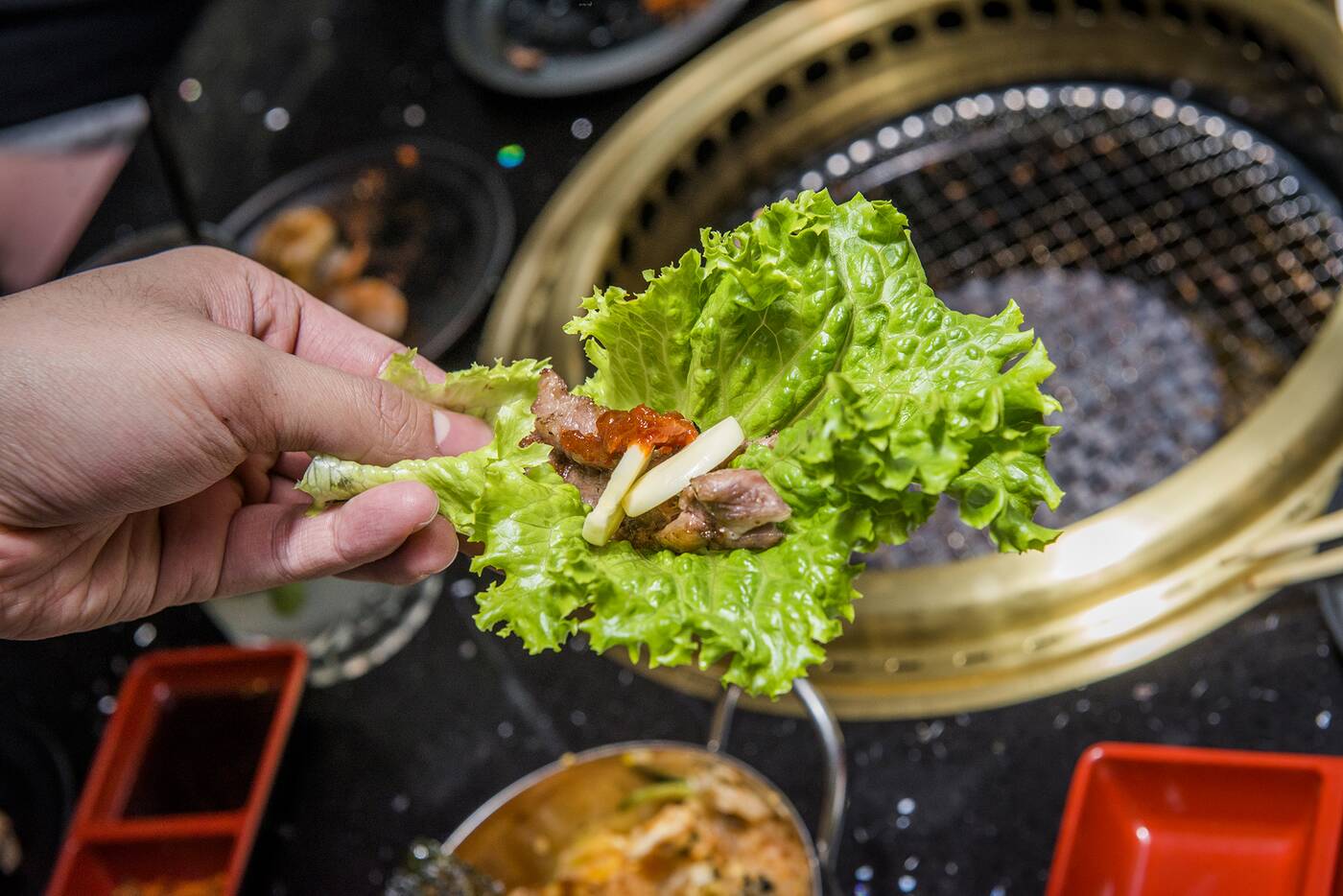 Once the meat is cooked, undergo the typical Asian BBQ ritual of wrapping the meat in lettuce with a potent but tasty raw garlic clove and spicy ssam sauce. 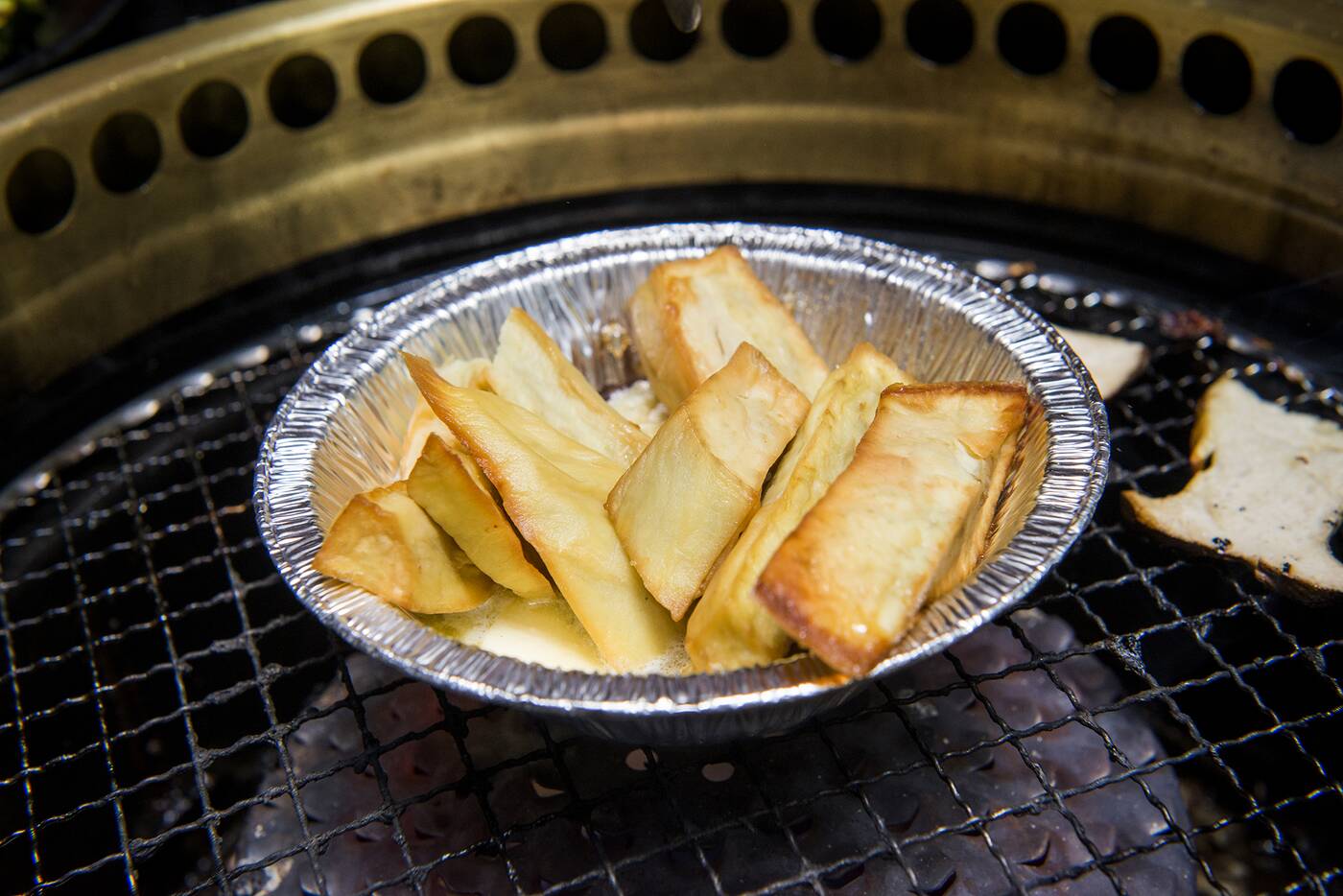 Sweet potato presented in a foil dish with brown sugar, butter and honey is Thanskgiving-y veggie not to be underestimated. 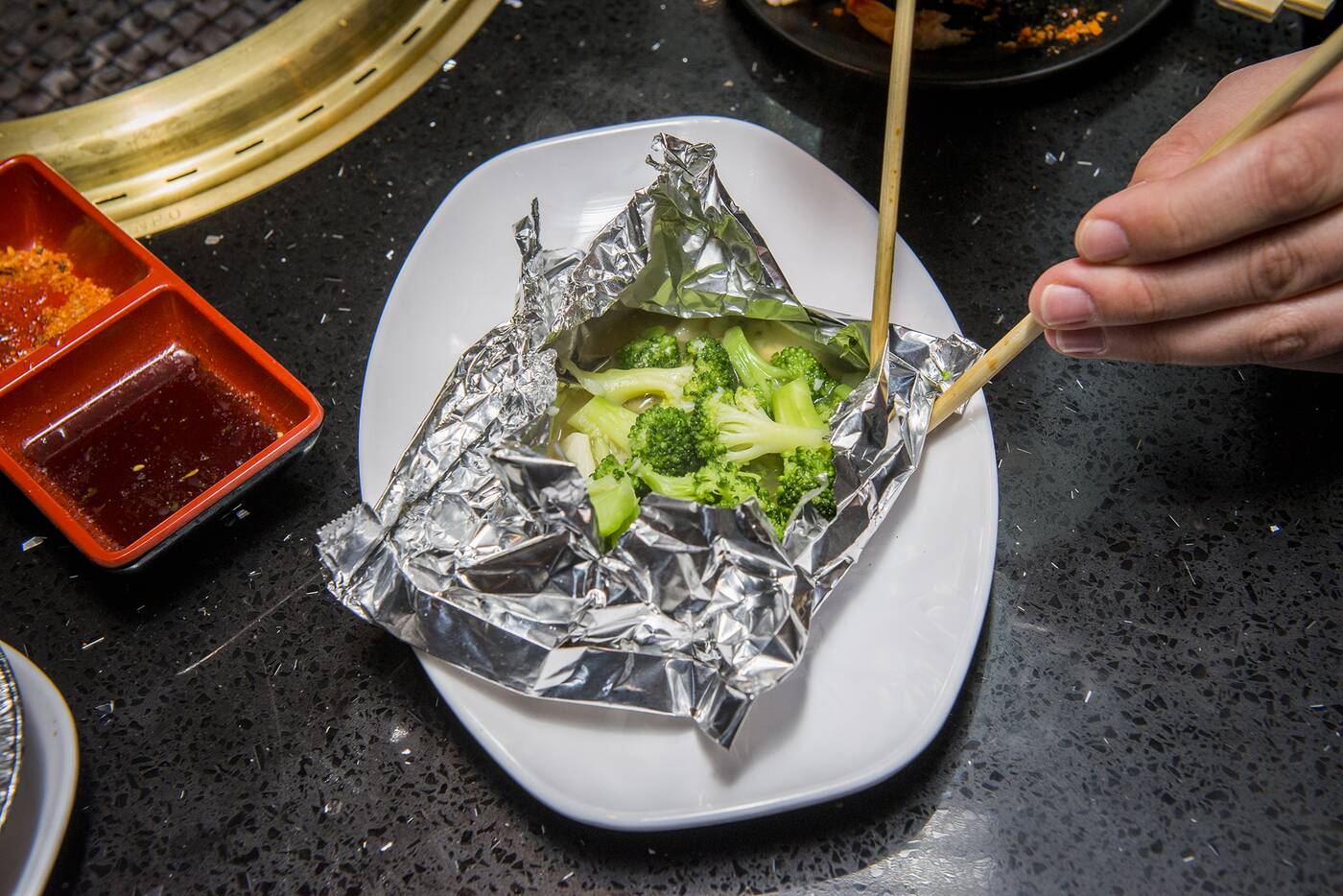 Broccoli and enoki mushrooms are also served in foil packets with garlic that puff up when heated on the grill for six to ten minutes. 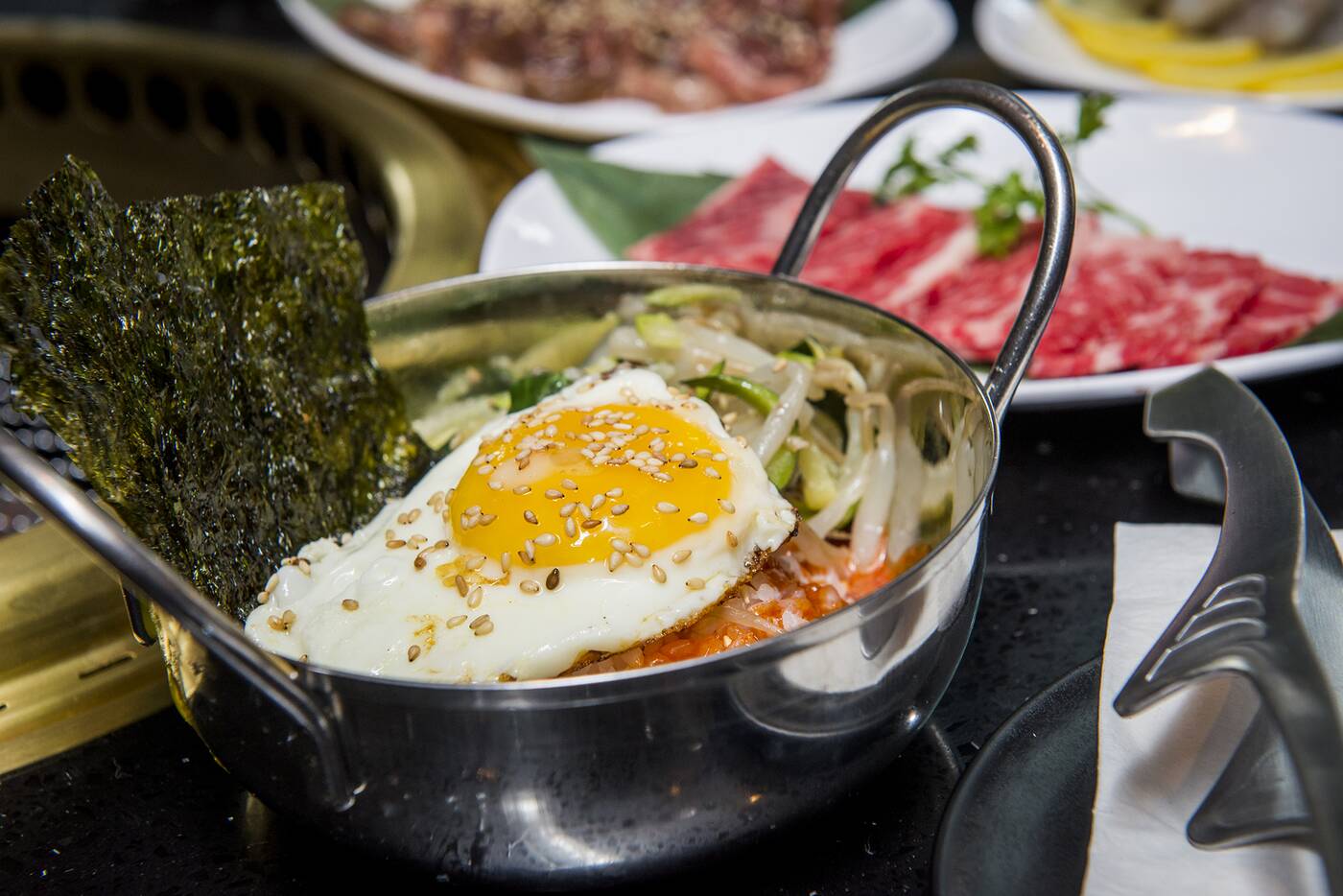 A missable side bibimbap is a cold buckwheat noodle dish with kimchi, half an egg and sesame. 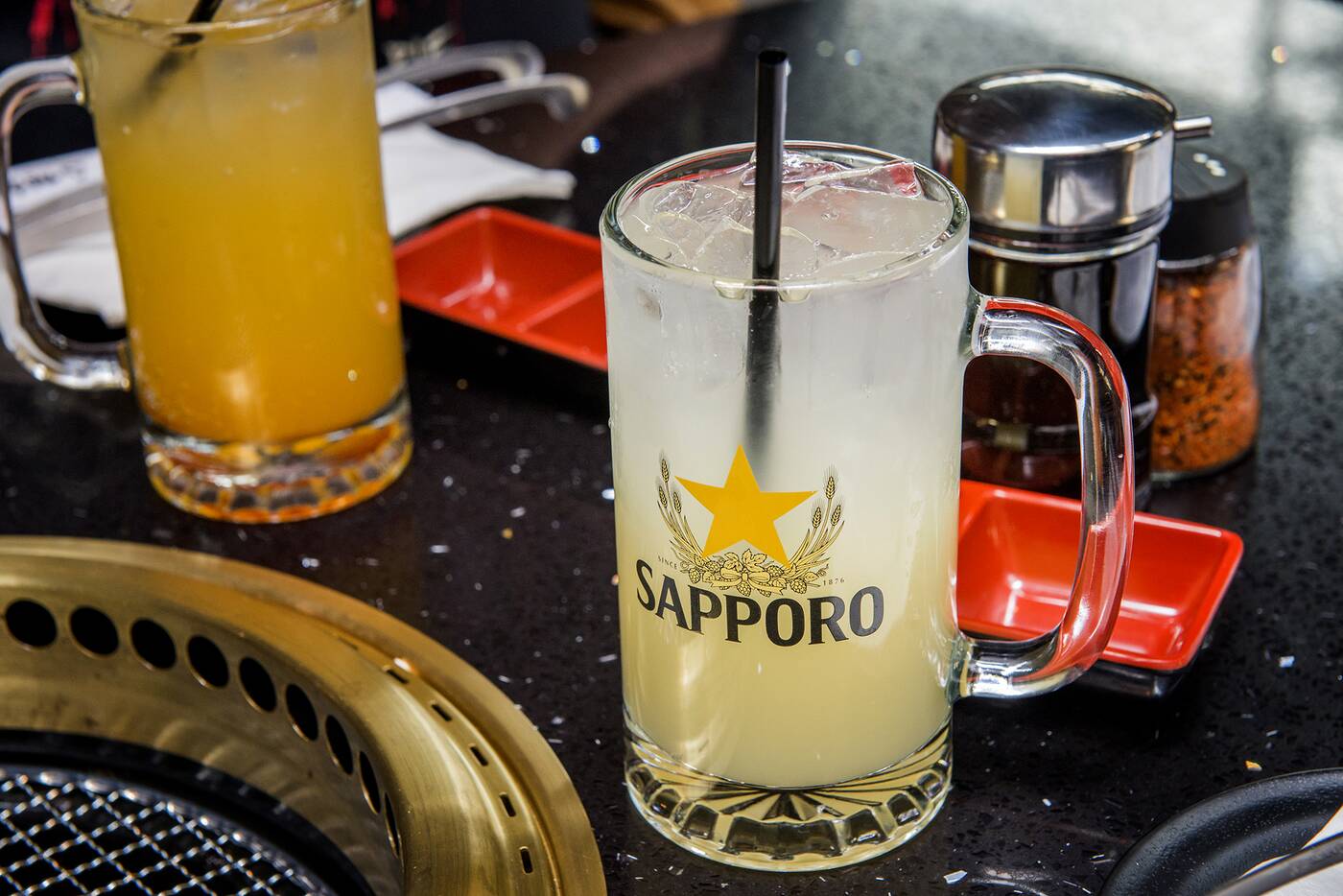 Typical saccharine and weak but refreshing and crushable Asian cocktails including ume soda, yuzu honey soda, and peach, lychee and yuzu mojitos served in pint glasses are $5 across the board. 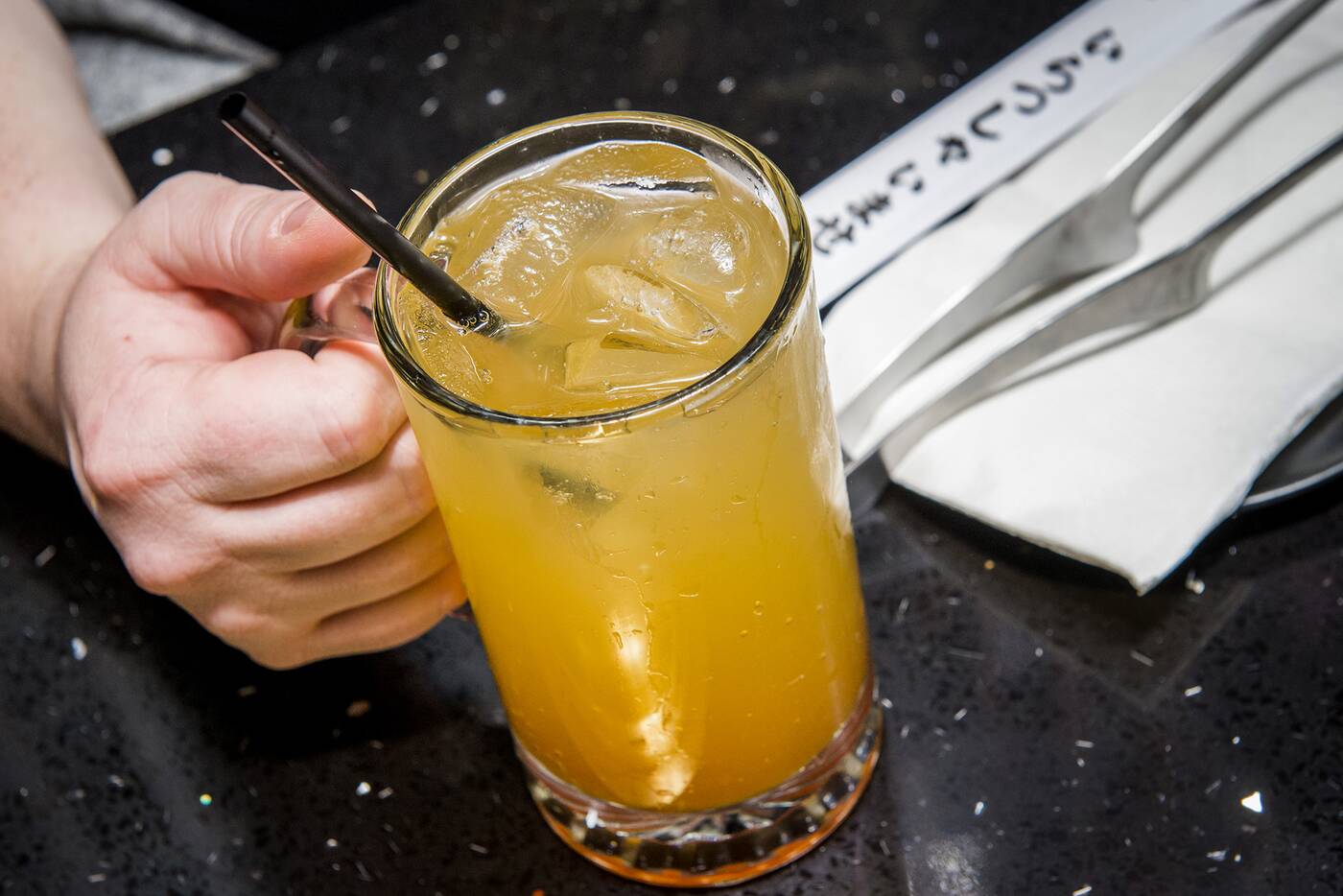 Sapporo pitchers are available and there are free refills on pop. 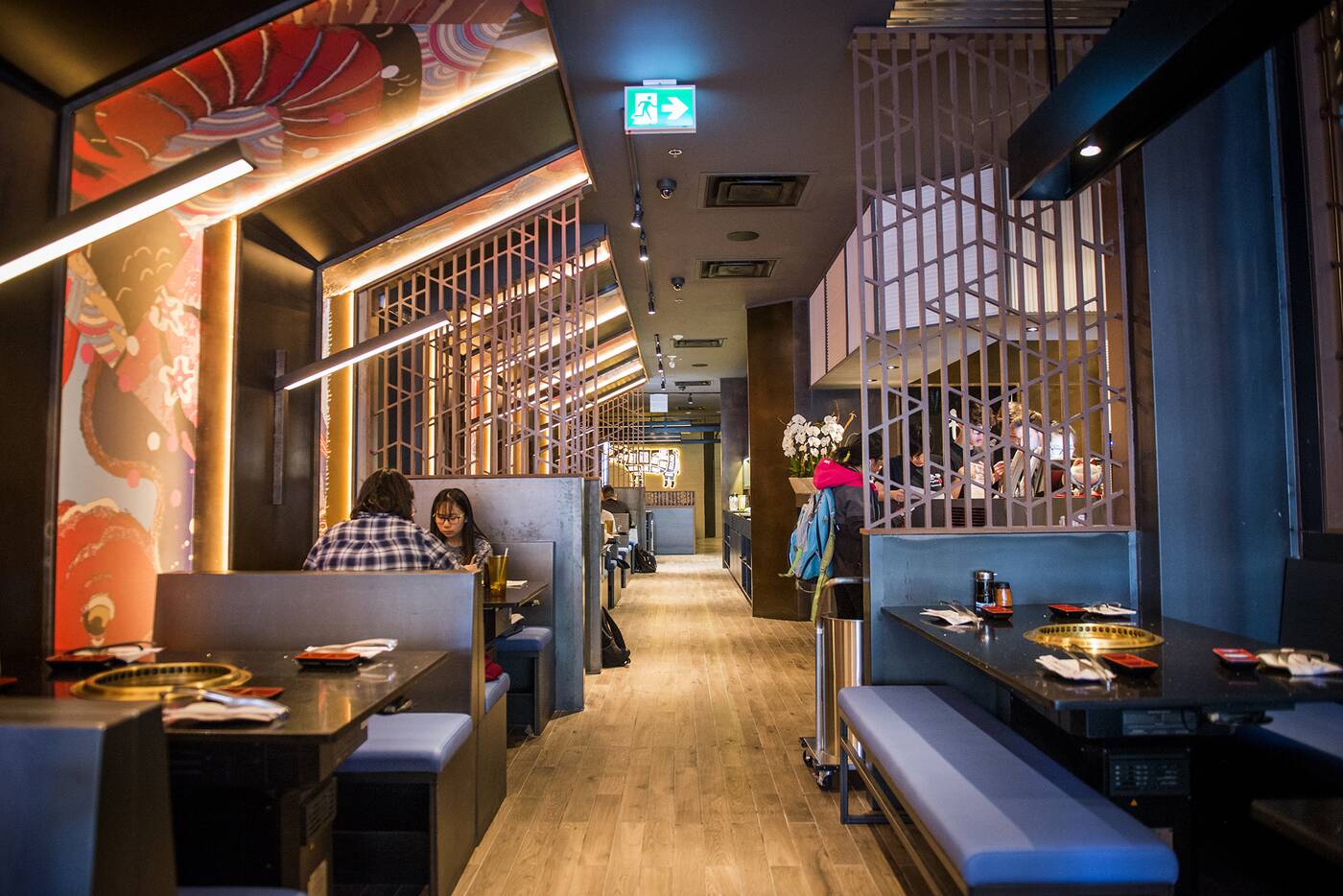 The only catch is that when it’s all over, any leftover food whether rare or cooked is charged at $3/100g, so eat up! 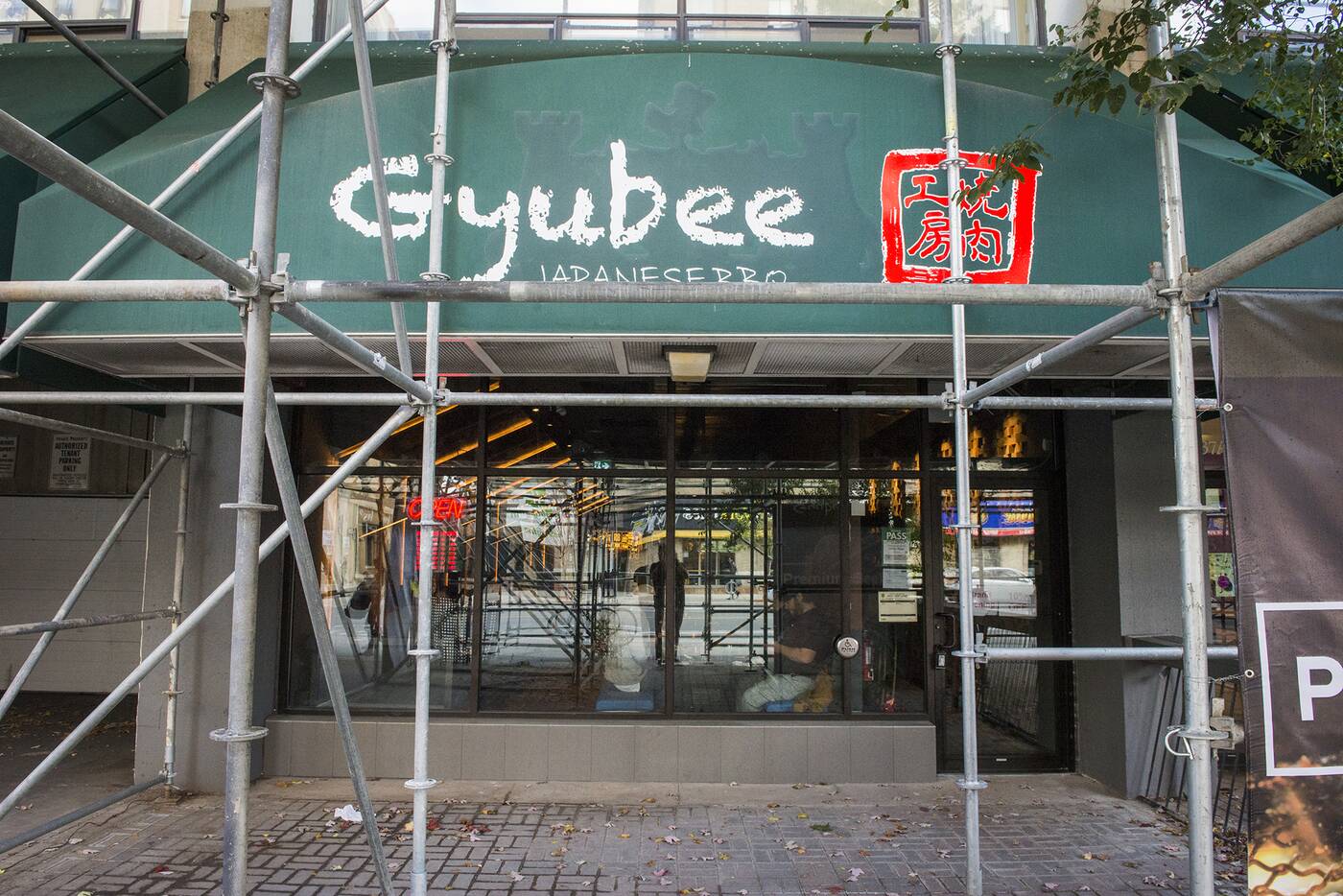