Greg’s Ice Cream has been serving locally-made premium natural ice cream for over 30 years, some of the best in Toronto.

They’re one of the first to have pioneered more unique ice cream flavours beyond the usual vanilla and chocolate, such as their legendary Roasted Marshmallow, Grape Nut and now even a Stout variety made with real beer. 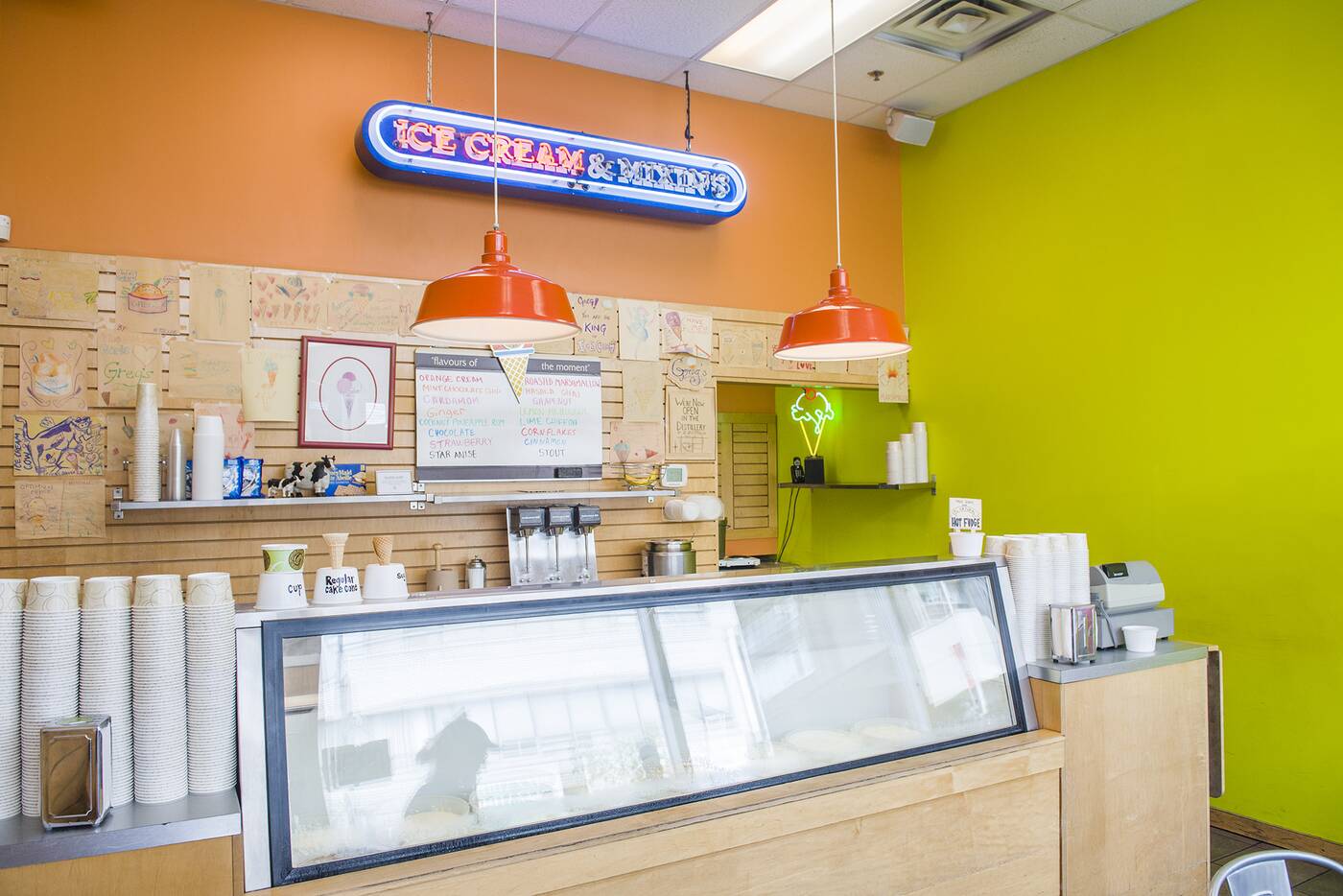 The Annex space is relatively small but manages to cram in about a half-dozen-odd seats around little tables, a similar number on the slim patio outside. 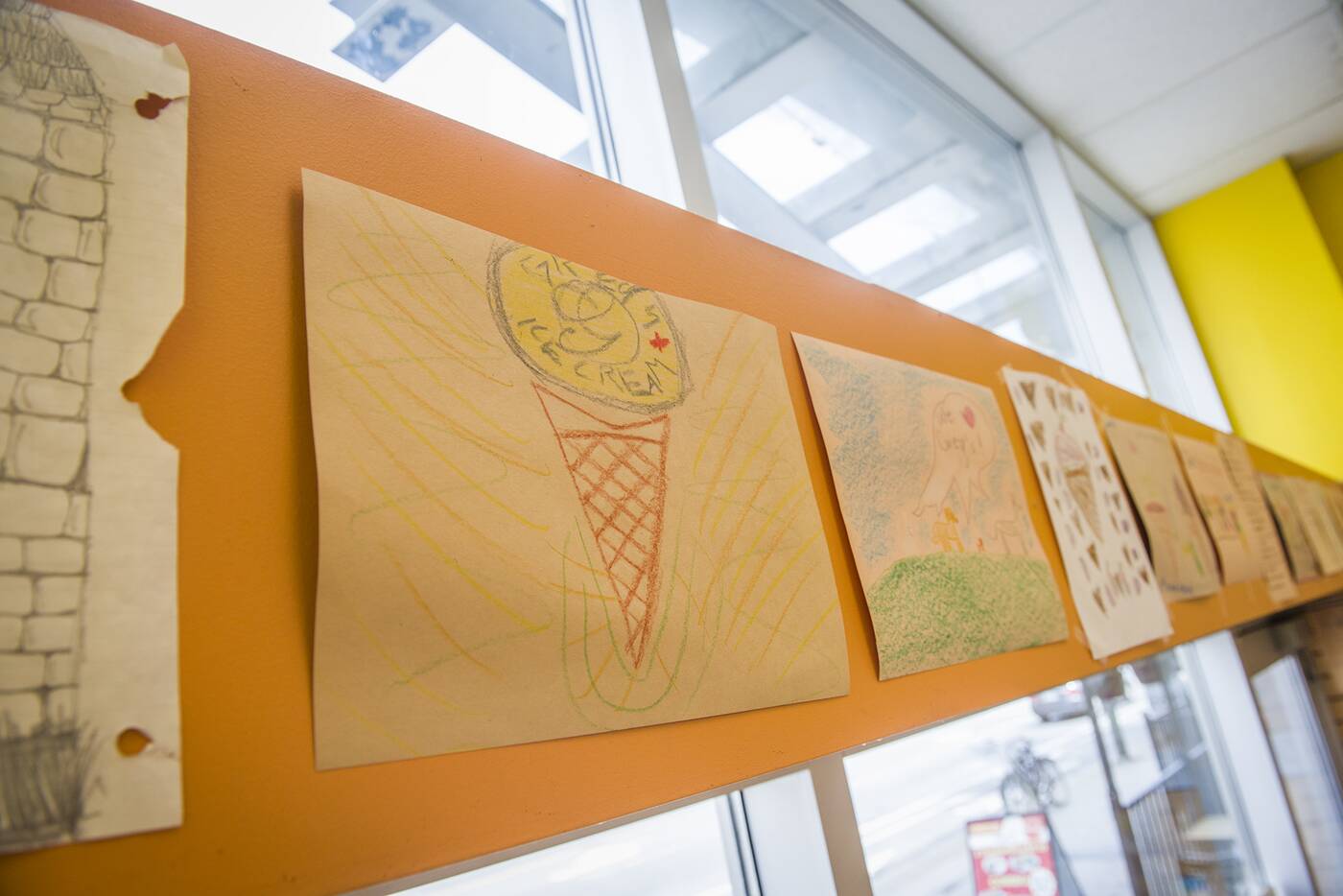 What the interior lacks in space it makes up for in personality. An old school neon sign hangs over the ever-shifting whiteboard menu, and crayon drawings by Greg’s fans paper the walls. There’s even a poem or two up there. 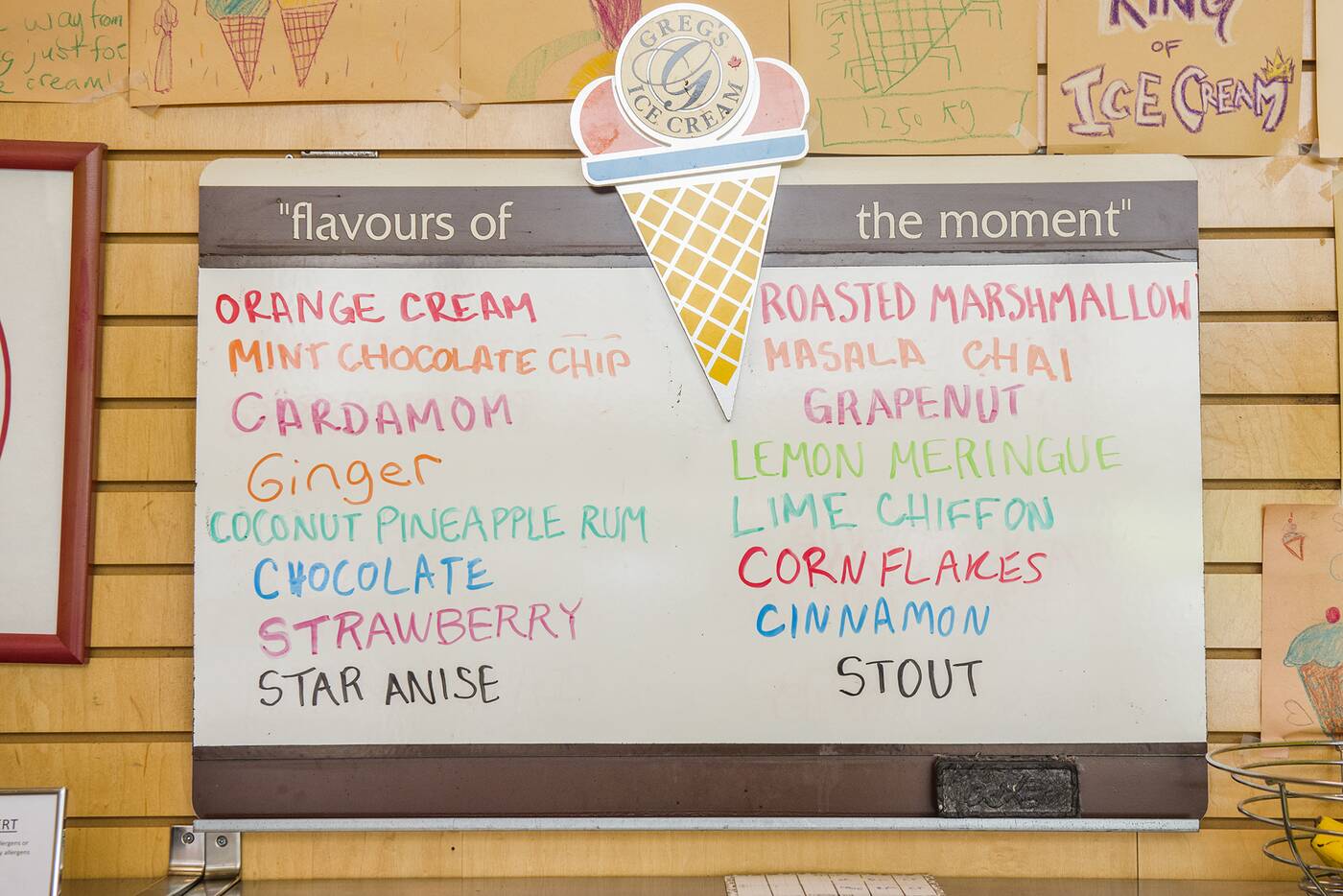 There are apparently over 200 flavours that have been engineered by Greg’s in total, but there usually around 16 “flavours of the moment” available at a given time. 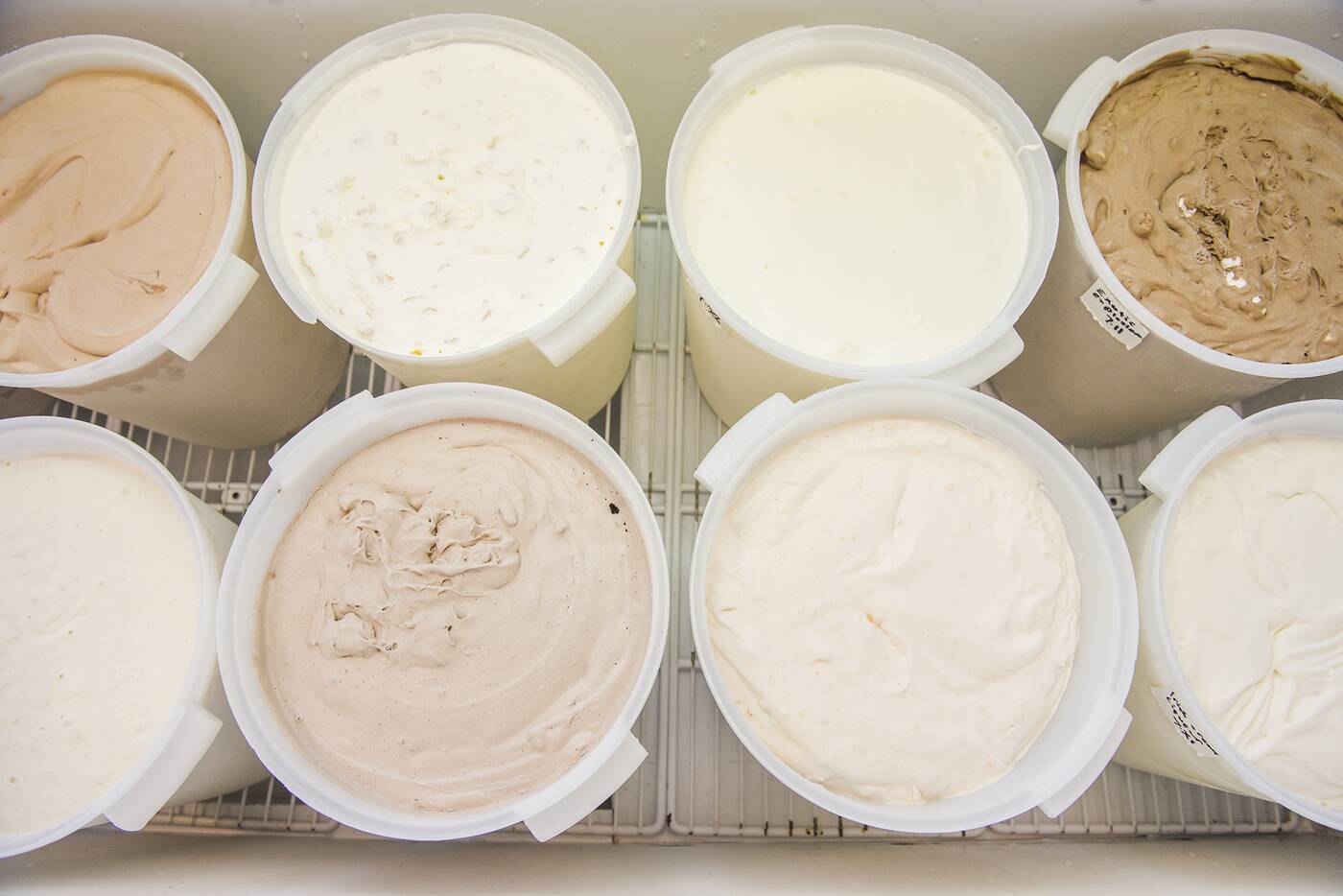 All ice cream is made using cream from a local dairy and real fruit when needed at the Distillery outpost of Greg’s. 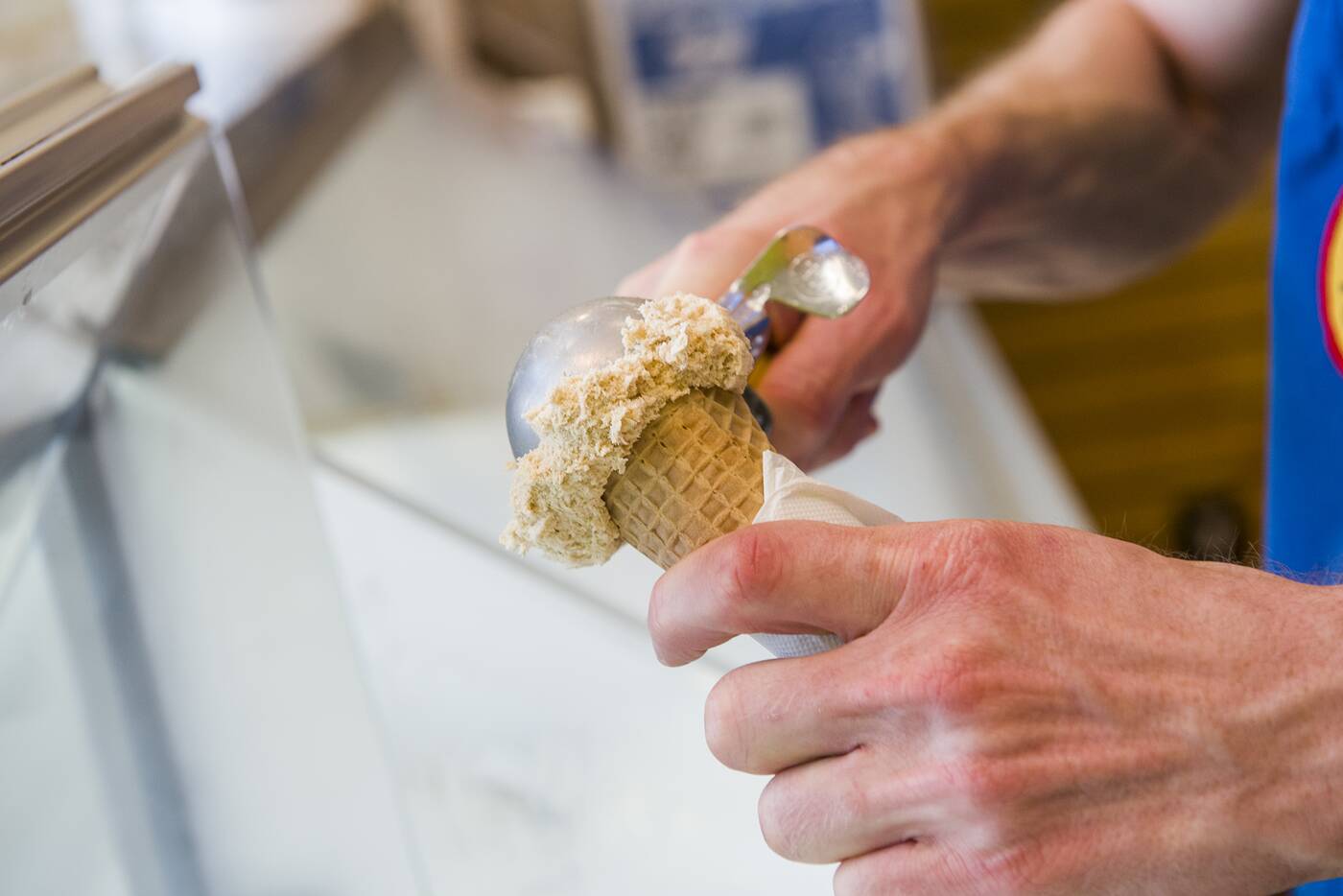 A single scoop ($4) of the Roasted Marshmallow is just as good as I remember, capturing the exact flavour of the charred exterior of a marshmallow that’s been set aflame over an open fire. 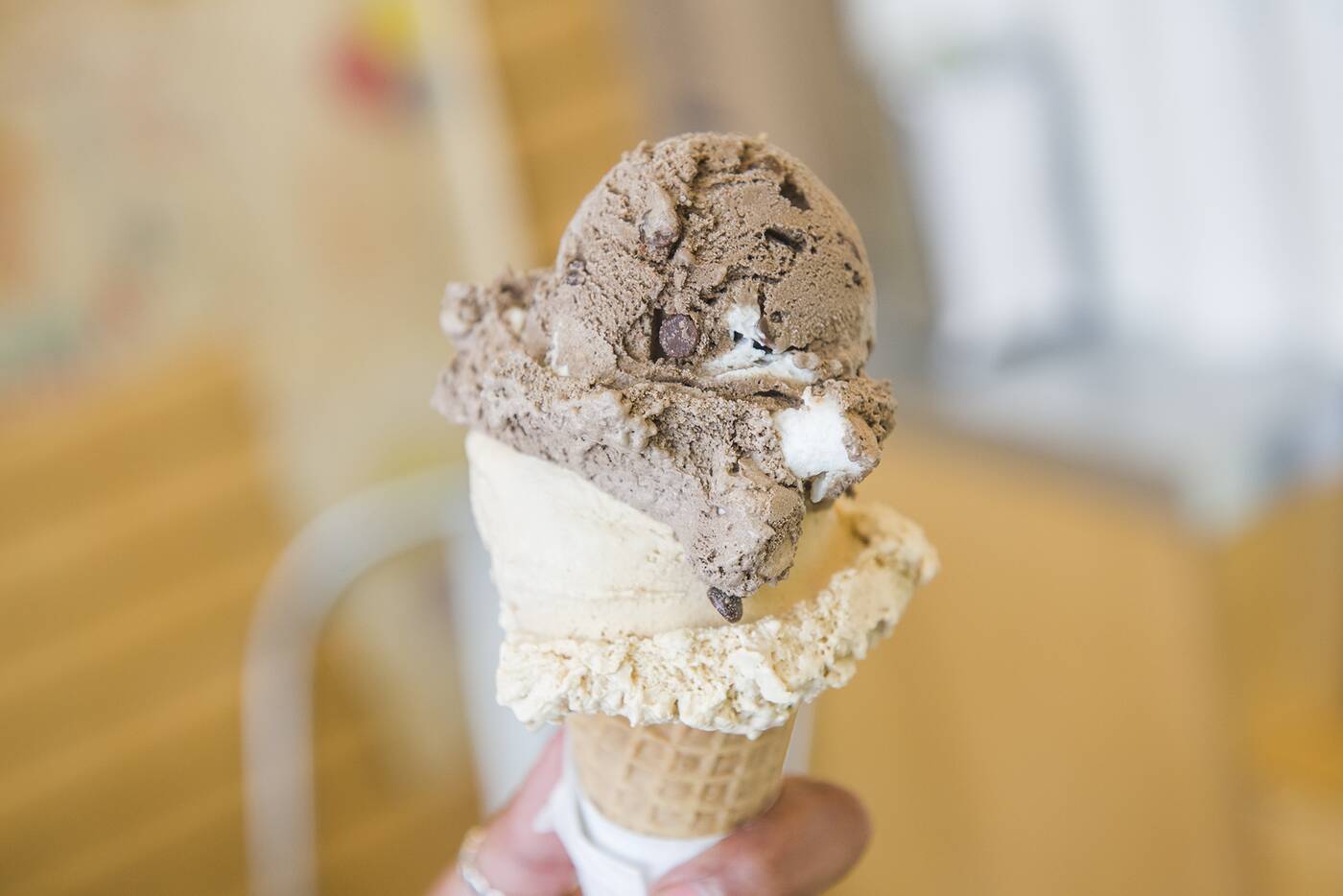 Top that ($5.39 for a double) with a scoop of the newly pioneered Exotic Explosion, a delightful mint-carob based kitchen sink collection of Rocky-Road-like ingredients lying around such as mini marshmallows. 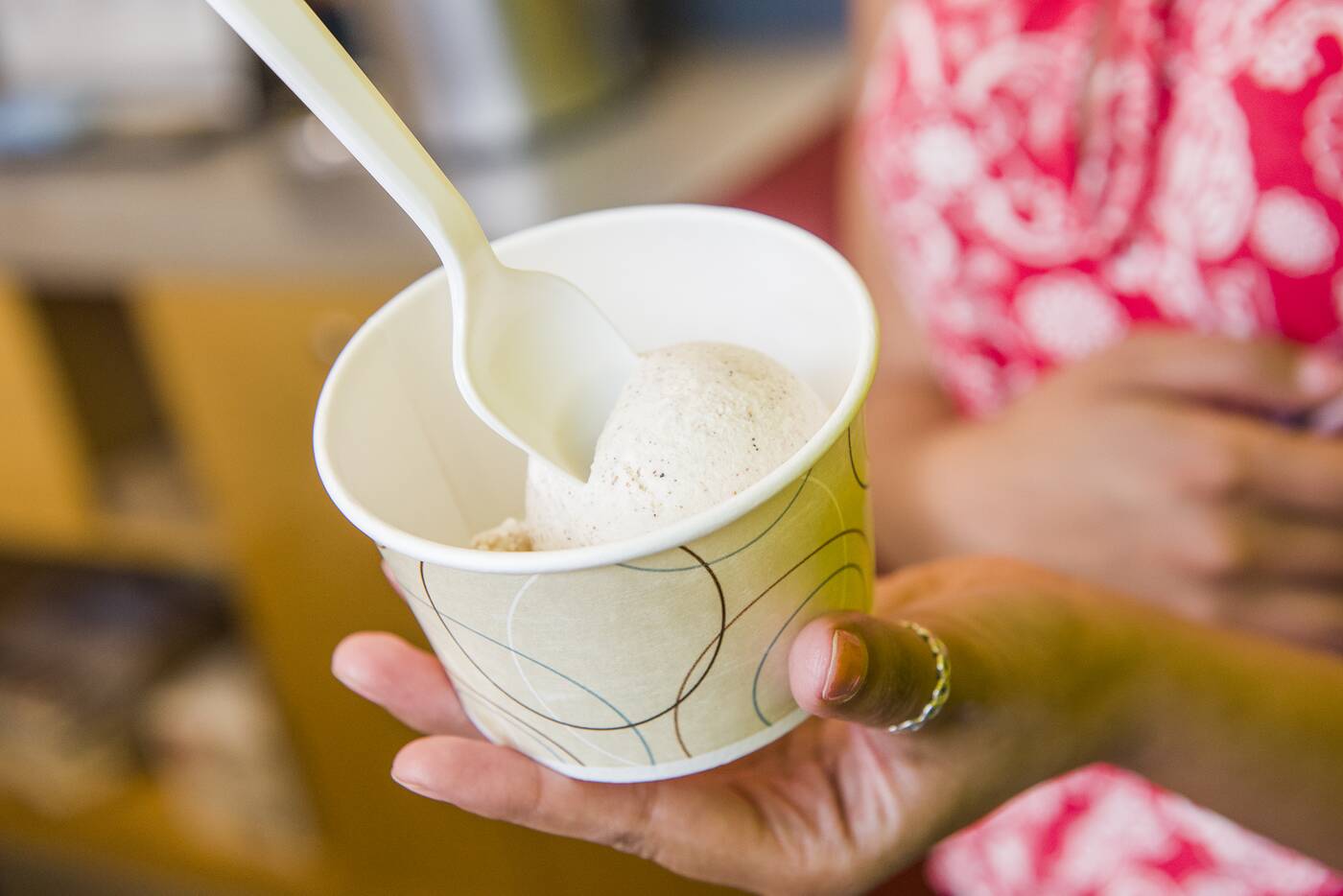 Greg’s custom-creates their own blend of spices for a Masala Chai flavour, including cardamom, star anise and ginger. The result is a fragrant ice cream with a totally unique, inimitable flavour. 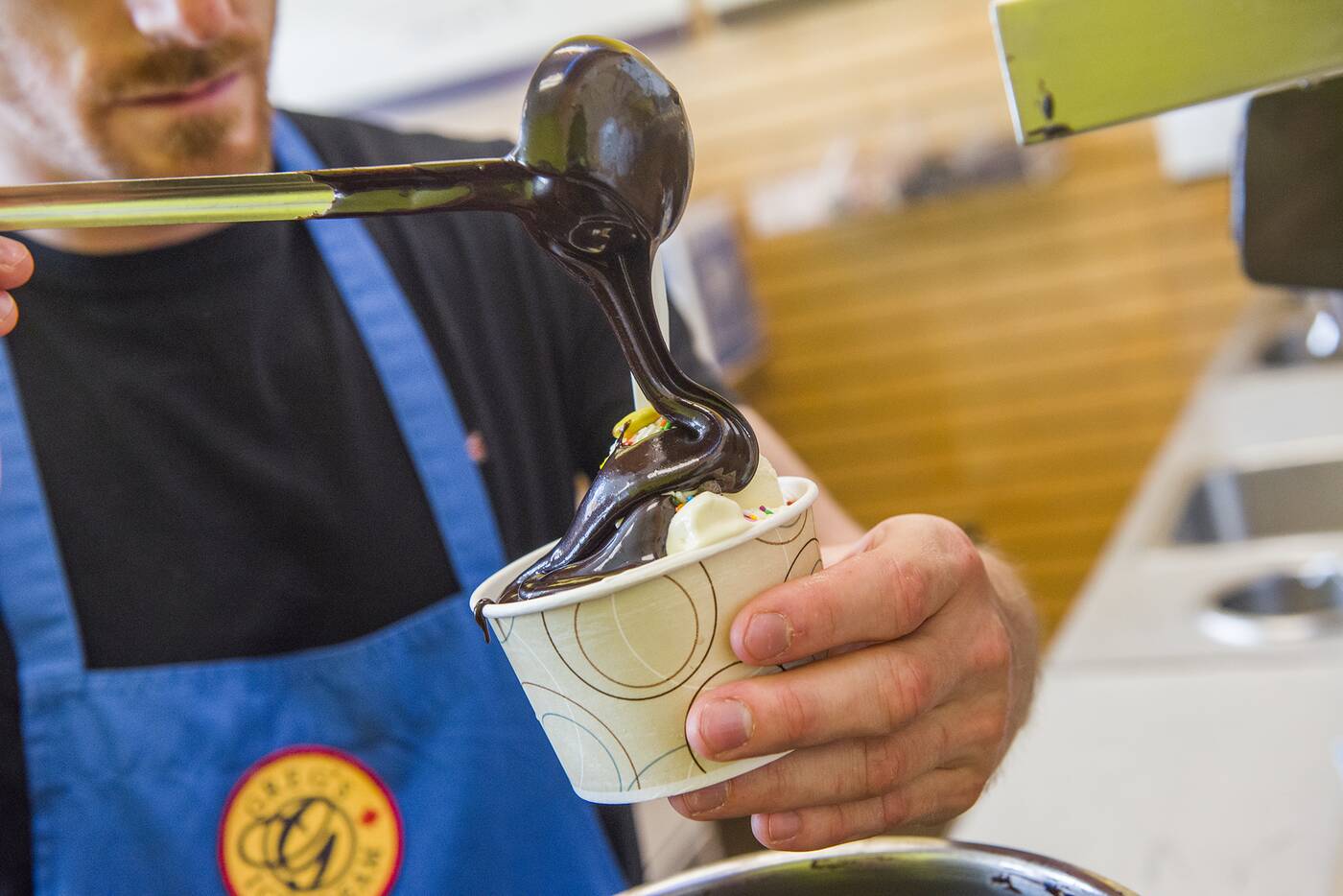 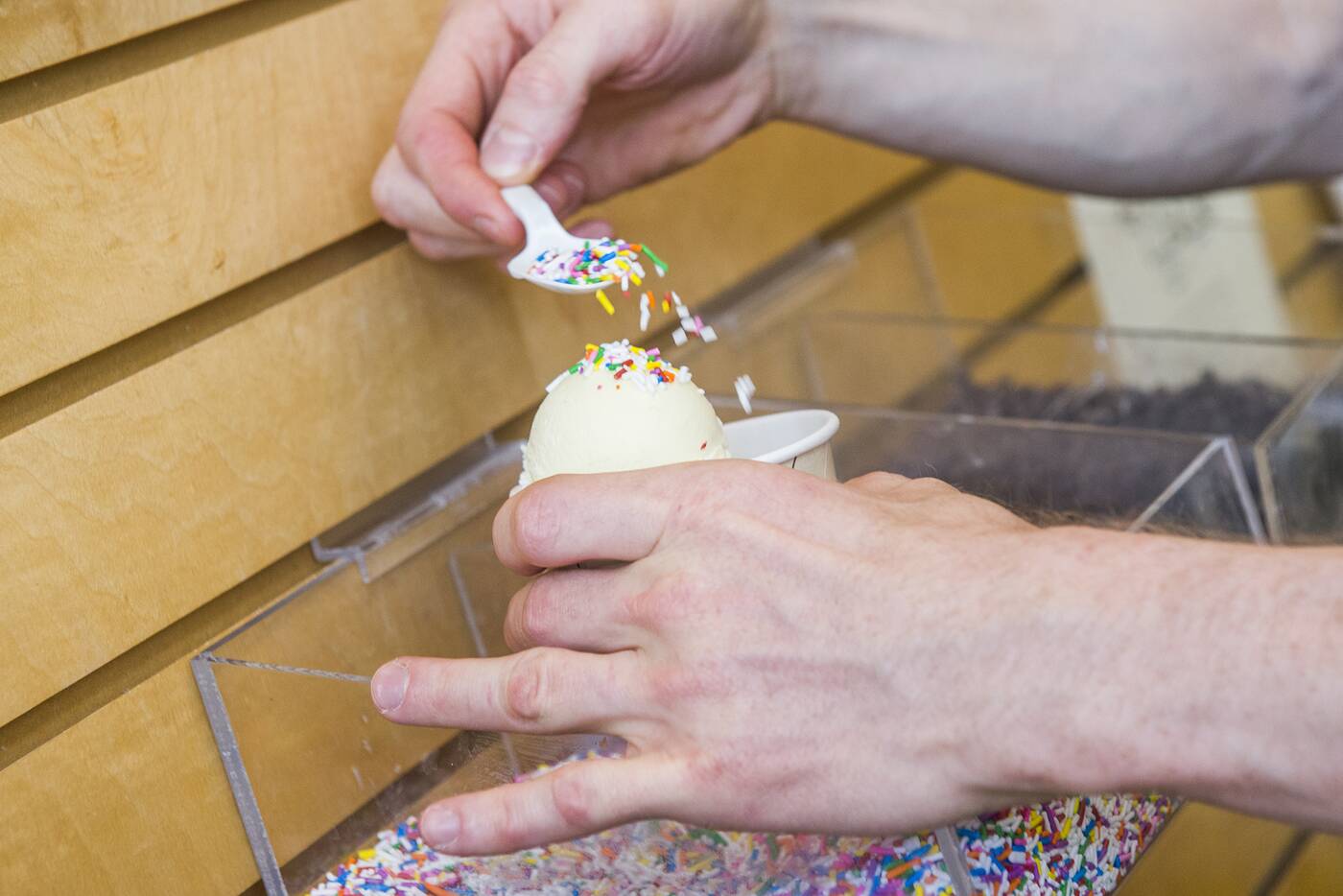 Four simple toppings of crushed Oreo, Smarties, sprinkles or chocolate chips are available, as well as the thickest and most velvety house-made hot fudge ($1.44). 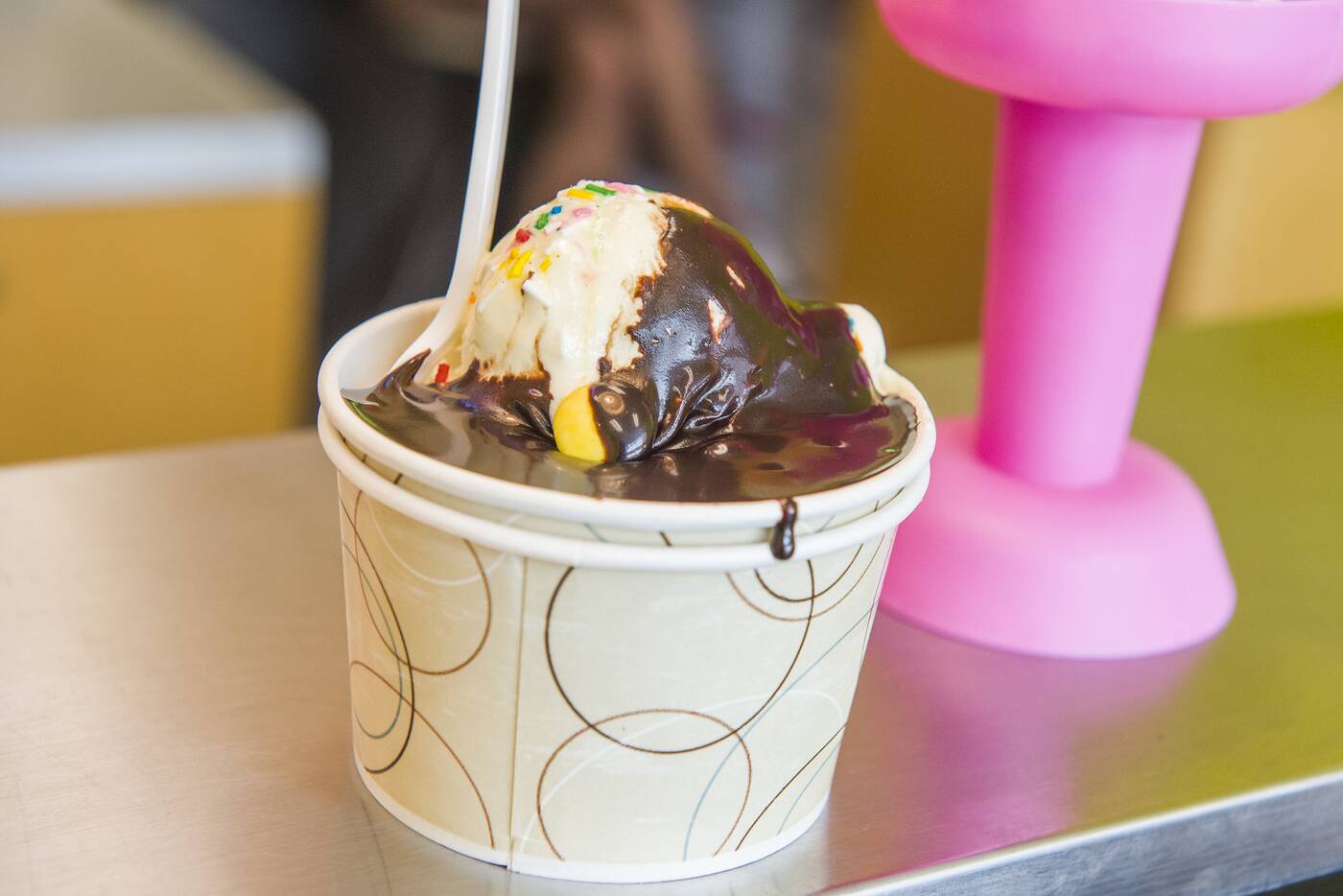 For ours, we do a scoop each of Blueberry and Orange Cream. The latter is flavoured simply with orange juice, but with the high-quality cream, it takes on a creamsicle, candy-like taste. 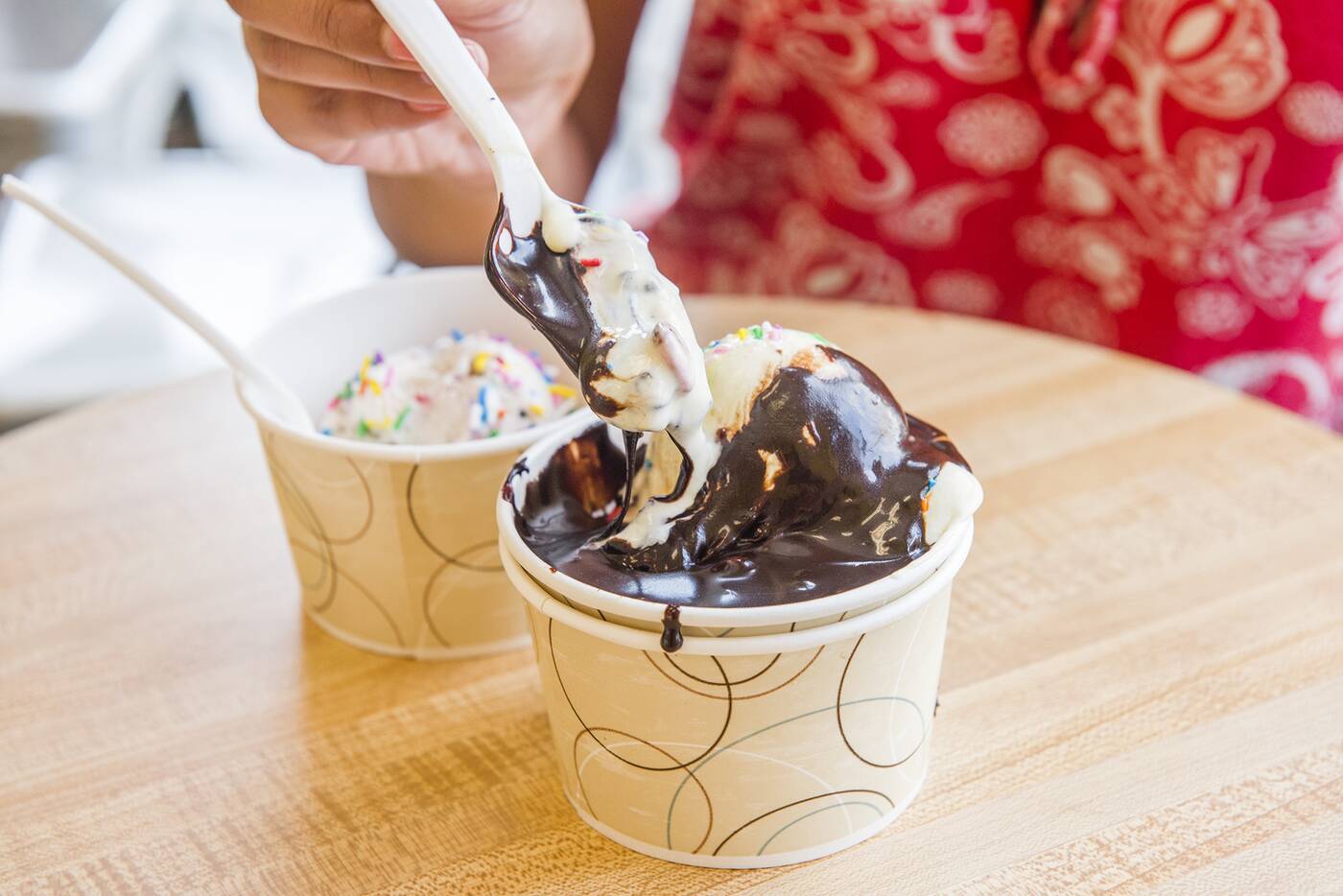 There really is a Greg Mahon who’s still involved in the operations of the business after having founded it all those years ago, and whose original recipes are still used. 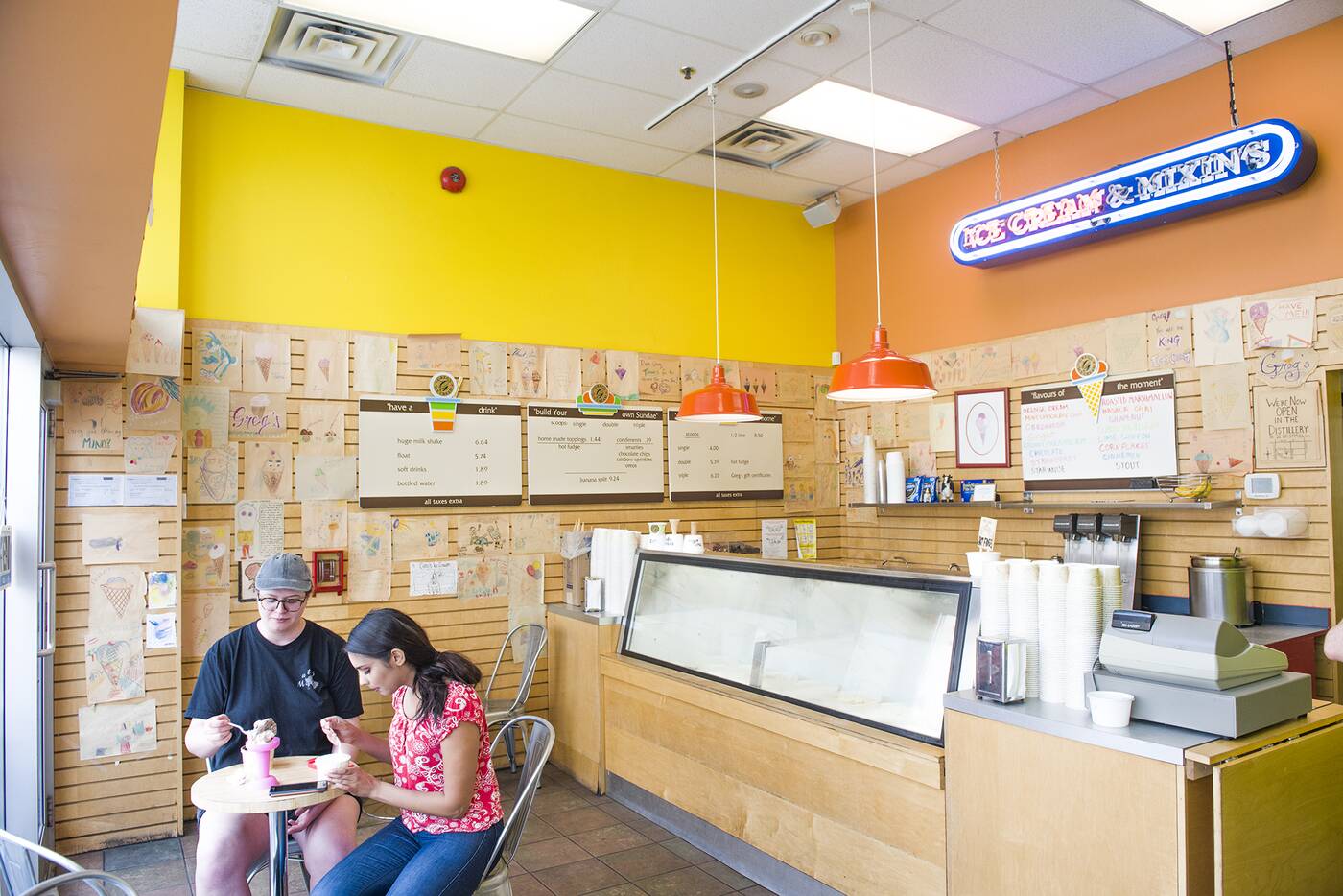 Greg’s is open almost year-round, closing right before Christmas and opening again as early as January or February. Not much has changed around here after all this time, including the fact that they’re cash-only, so remember to bring good old fashioned hard moolah. 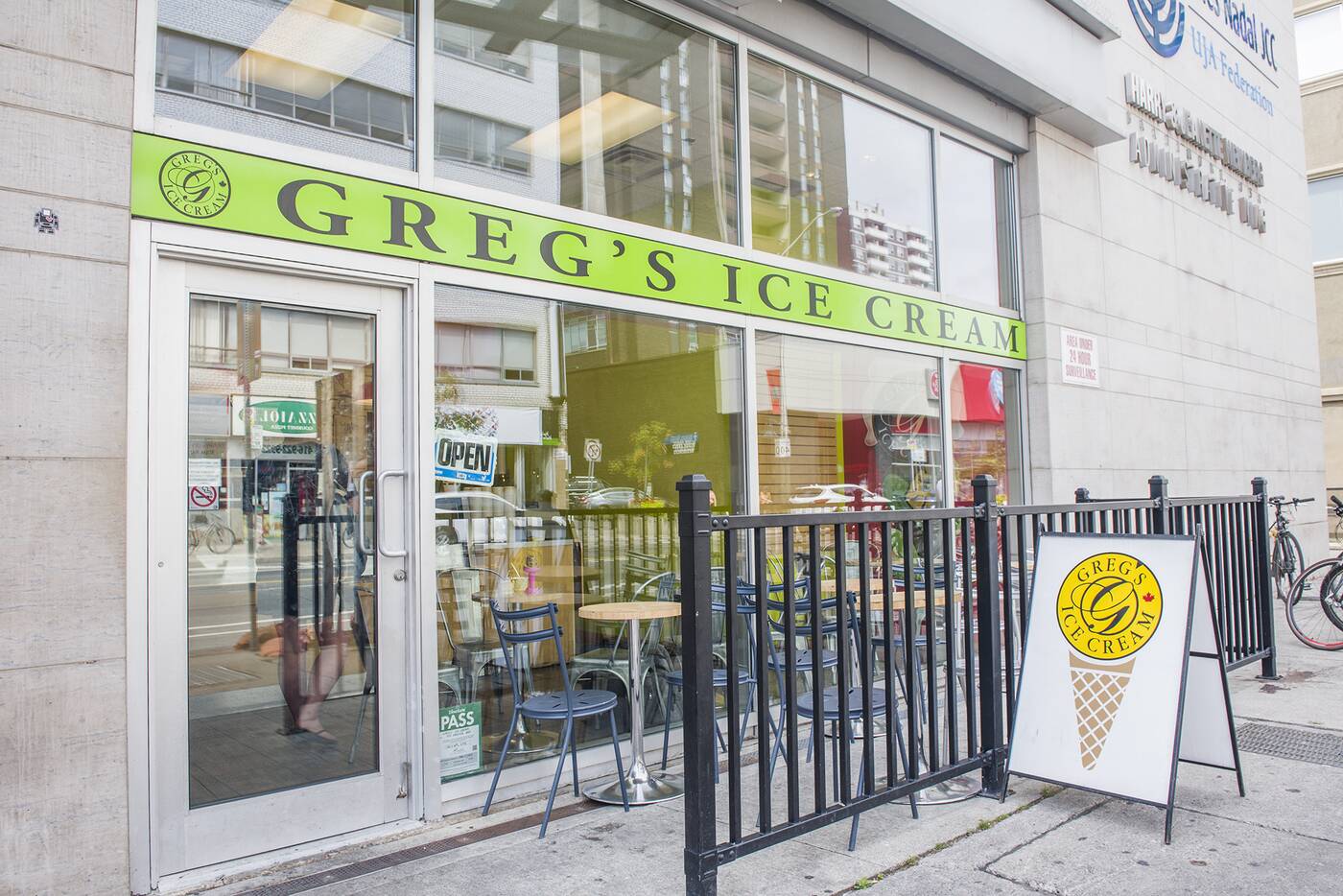