Greg's Ice Cream in the Distillery District has finally opened, and I think I just heard a collective exclamation of glee exude from the neighbouring community.

As we keep our fingers crossed for ice-cream weather at increased frequency, Greg's has been gearing up for the summer swarm. Production of the shop's famed Roasted Marshmallow, Grape Nut, and Stout ice creams have all moved to this location, though they will still be available at the original Annex shop at Bloor and Spadina, of course. 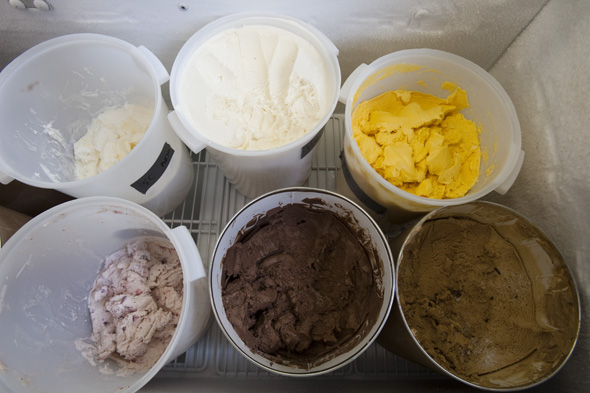 Speaking of, Greg's as an institution has been around since the early '80s, first situated across from the ROM, and later in its now-familiar Annex digs. Greg Mahon is the master behind the more than 100 flavours, managing to capture the essence of beer or cinnamon and making it palatable to Toronto's discerning ice cream-eaters. Whether you're pro or con on some of Greg's most controversial flavours (apparently, there are some people who actually don't like Coffee Toffee, if you can believe it), most Torontonians rally around Greg as one of the top ice cream purveyors in the city. And now, he has two shops. 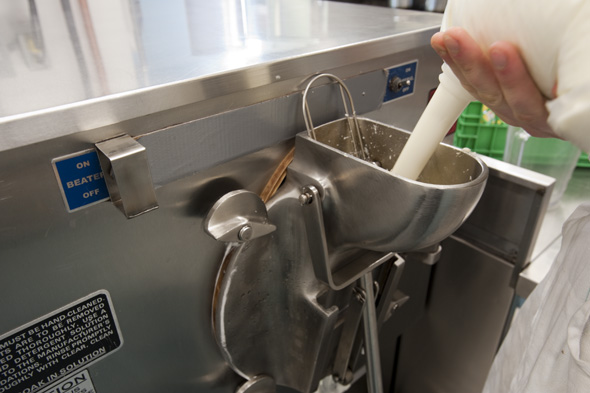 I took a bit of a saunter trying to find the new Distillery Greg's, finally spotting its sign on the west end of Gristmill Lane. The retail section has little room for seating (a couple a bistro tables, is all) but then again, the Distillery has more than a few benches and other areas on which to perch. Much of the new operation is hidden behind the ice cream counter, in a space formerly occupied by the Fresh & Wild kitchen. 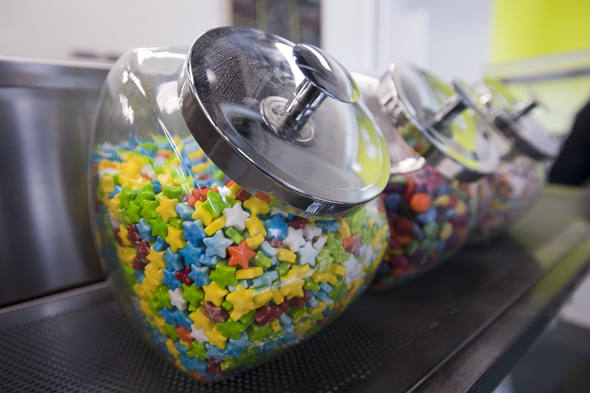 "We've actually been looking for many years," Greg's manager, Dan, tells me on opening day. He says that the business was quickly outgrowing its production space at Eglinton and Laird, but that it was having trouble finding a suitable new space. "Technically, we're a dairy plant," he says. "So there are all of these stipulations that we have to meet by the Ministry of Agriculture." 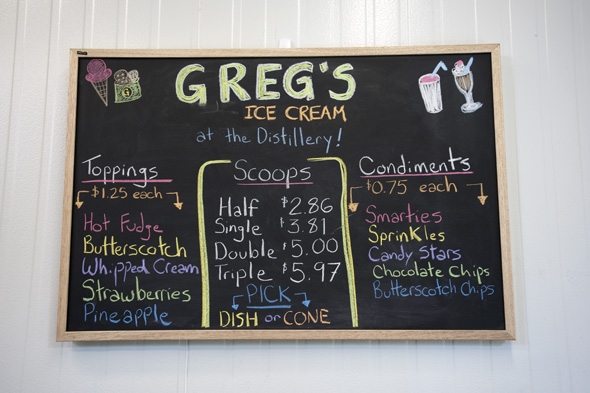 Luckily, Greg happened to call the Distillery at just the right time and the vacant space seemed to meet with all of their specifications. The shop's front has room for about 15 flavours (on constant rotation, of course), and offers scoops ($3.81), doubles ($5.00), milkshakes ($5.97), and anything else you'd want from a tub of Lemon Meringue. I leave with a cup of Roasted Marshmallow, which soon evokes mental images of campfires and s'mores, and elicits a disposition of general delight. Tastes just as good as in the Annex, and surely perfect for a summer night. Look out for new "dramatic" flavours, coming this summer. 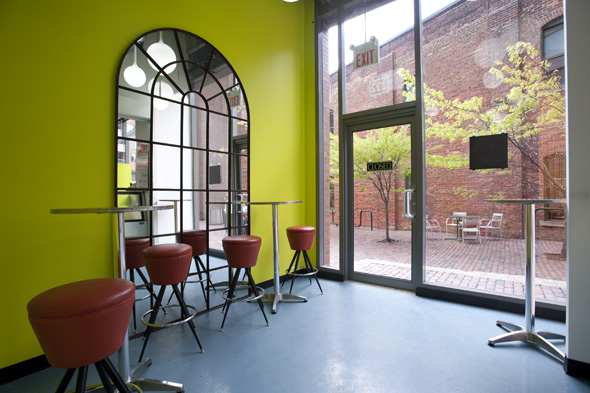 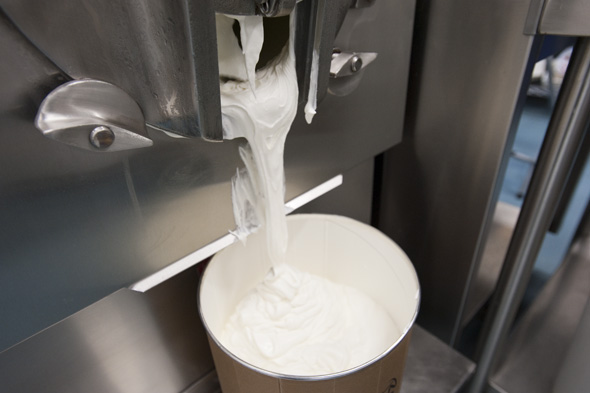 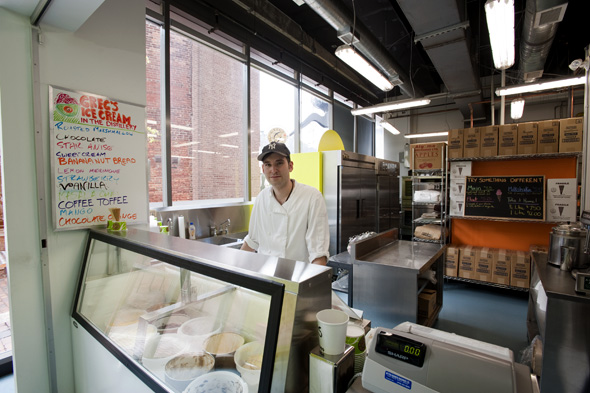 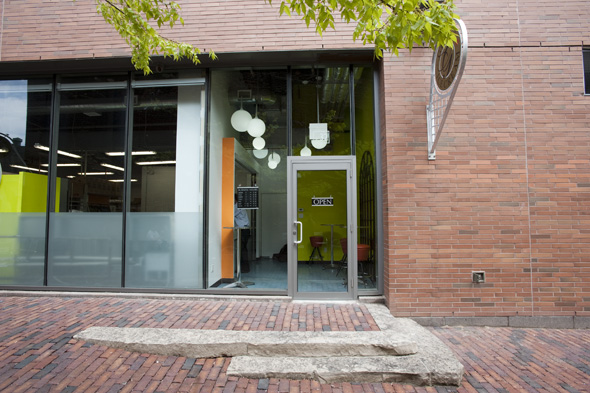