Green Eggplant just might be the most popular restaurant in the Beaches. But what's up with the name? One might assume the restaurant either serves Thai or vegetarian food but the menu is more broad than that and perhaps best described as Mediterranean.

Inside, the walls are lined with brick and accented by colourful paintings of various flowers. With the dim lighting at dinner, the environment is chiq enough to bring a date and yet cozy and energetic enough to bring a family with kids (which many do). This is the Beaches after all. 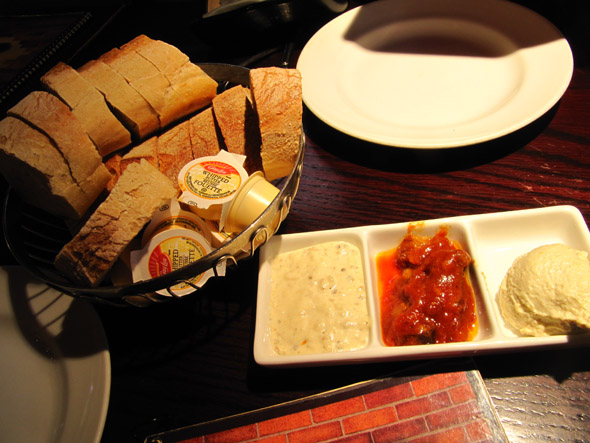 Prior to ordering, we're served 3 complementary homemade dips with our basket of French loaf. The dips are absolutely divine. The first one (my favourite) is baba ghanoush which is creamy and chock full of fresh garlic which literally kicks you in the face. But that's the way I like my baba ghanoush - with the garlic literally seeping through my pores (okay maybe not the best dip to start eating while on a date).

Our server explains that the second dip is made from grilled eggplant which is then fried and mixed in with a sweet tomato base. And the last dip is a homemade hummus. Better than any form of grocery store bought hummus but I prefer the two other dips which we wipe clean.

The menu has a massive array of options including fresh fish, aged steaks, big salads, grilled sandwiches and plenty of home style cooking from scratch. Generous portions are the norm and most meals are are served with a house or caesar salad and a choice of basmati rice, fries or red skin mashed potatoes. 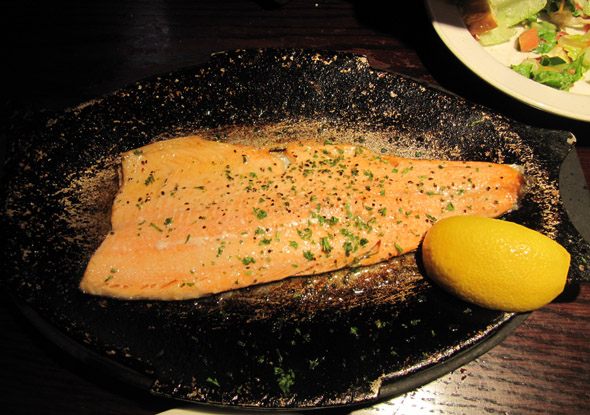 I try my friend's Rainbow Trout Fillet, broiled over lemon garlic sauce and served on a sizzling plate with a side of mashed potatoes and Caesar salad ($17.99). The fish is fresh and soft with just a hint of lemon & garlic that doesn't overpower the natural fresh taste from the fish. 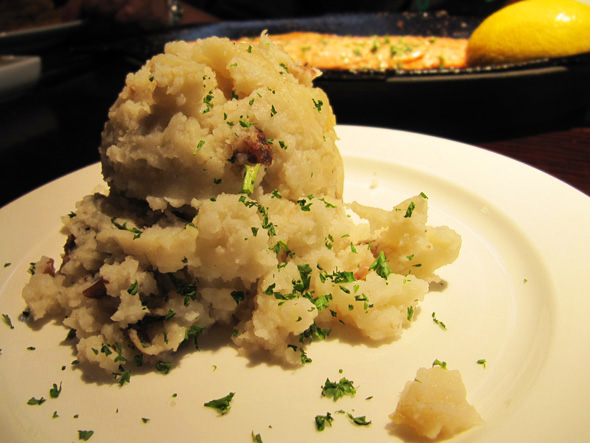 The mashed potatoes have such a flavourful and velvety soft texture that it's almost unreal. 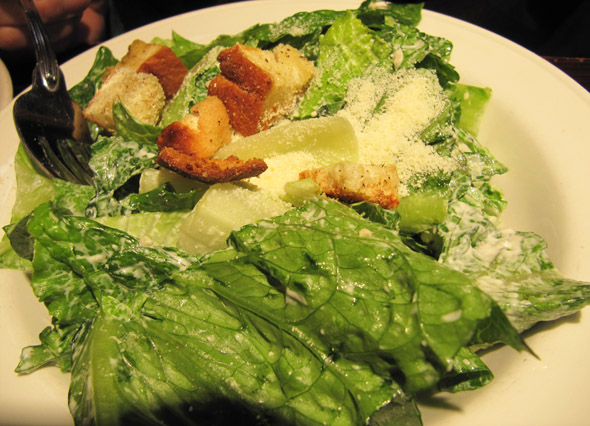 On the flip side, I'm underwhelmed by the salad which tastes quite bland and is lacking dressing. 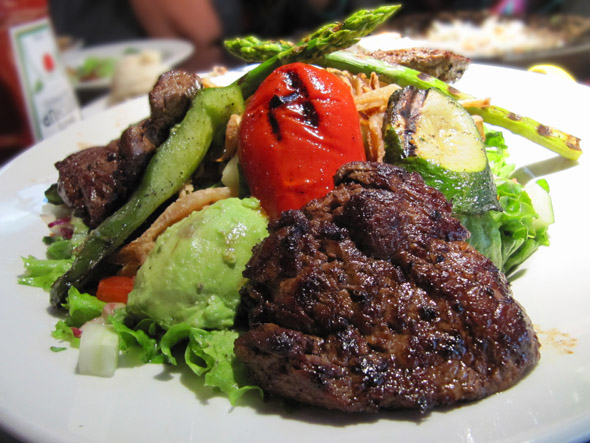 My other friend orders the Mediterranean Filet Minion Salad ($17.99). Crisp lettuce, radicchio, tomatoes, cucumbers, warm grilled peppers, zucchini, asparagus and avocado topped with filet mignon and crispy fried onions, and tossed in their home made house vinaigrette. This salad is massive and can be shared by two people.

The salad is crispy and the steak is hot, juicy and tender, marinated with Mediterranean spices and made exactly the way she requests (medium rare). The dressing is a sweet, light olive oil and vinaigrette with a tangy citrus flair. It's so delicious and different from anything I've ever tried before that I actually ask my server how it's made. She tells me that people along with various newspapers including the Toronto Star have been trying to get the recipe for years. But they're not giving it up. A Green Eggplant secret just like the Colonel's blend of spices. 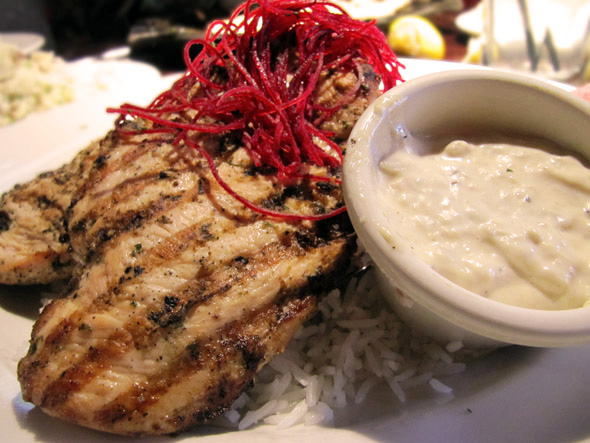 In front of me is the Grilled Double Chicken Breast with basmati rice and house salad ($15.99) with the same secret dressing. Also on the plate is the aforementioned homemade baba ghanoush. I officially smell like a walking, talking onion by the end of my meal. The chicken breast is juicy and flavourful and the basmati rice, well, properly cooked basmati rice. It's not like Susur Lee is in the kitchen but this is comfort food done well. 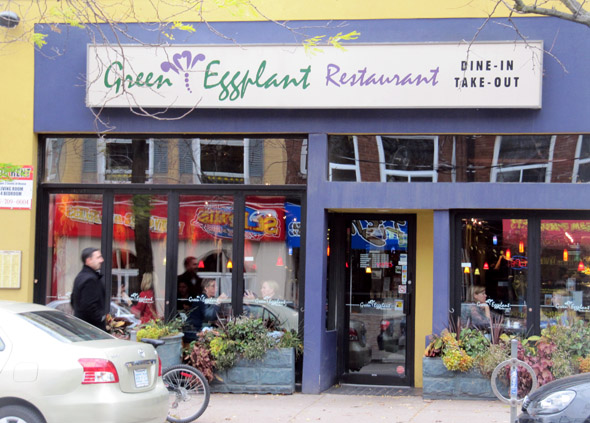