Goodlake is a pretty restaurant in New Toronto that's already built a good reputation for brunch and bistro-style dinner service. With its dark, wood-paneled walls and homey decor, this casual, yet upscale eatery is part of neighbourhood that's undergoing lots of change - at least from a culinary perspective.

"This Lake Shore strip is changing so much and it's cool to be a part of that," says Goodlake co-owner Alex Vigeant. She runs the restaurant with her brother and head chef Doug Sabine. 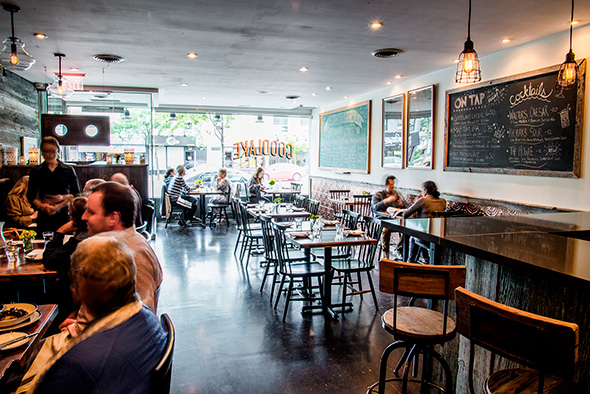 The two settled on the name Goodlake partly because the area used to be home to a Goodyear Tire plant. Of course, they also considered the restaurant's proximity to Lake Ontario. And, much of the decor plays homage to their childhood cottage on a Lake Huron. 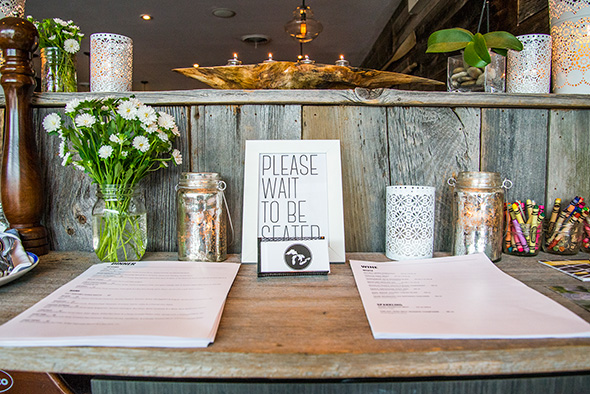 This is Vigeant's first foray into the food industry; her background's in graphic design and communications. Fittingly, she designed the space, which includes striking tin panels and wooden tables both sourced from southern Ontario.

Goodlake maintains a kitschy charm thanks to its mis-matched mugs. These are usually filled with Pilot coffee, which Vigeant tells me is ground and brewed via Chemex to order. 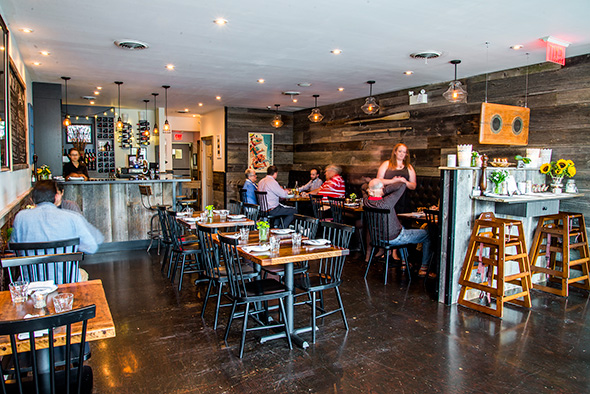 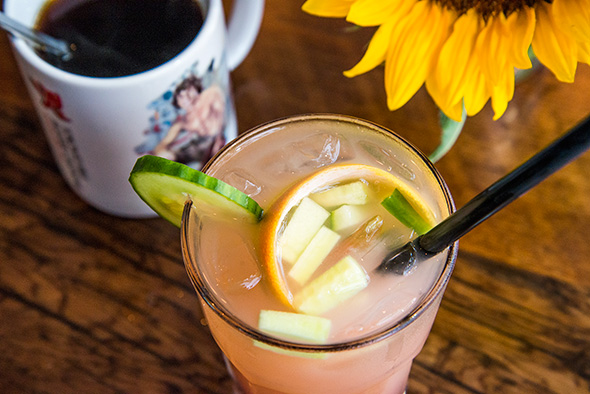 Along with beer, sommelier Laura Macdonald-Rumi stocks an impressive wine list. The bar also offers seasonal cocktails, and I try the gin and prosecco-based "The Howie" ($12), named after Sabine's best friend. It's refreshing and not too sweet despite a splash of sugary grenadine.

Sabine trained at Le Cordon Bleu in Sydney, Australia. His menu changes seasonally and he always cooks up an array of specials that change daily. Wednesdays, for instance, include veal jus poutine ($9).

Since the chef serves a mean brunch, he let me preview a popular feature he's soon adding to the regular weekend menu. With applewood smoked, slow roasted pulled pork piled onsavoury bread pudding and topped with a fried egg ($15), it's easy to see why this dish is a crowd favourite (regardless of the time of day). 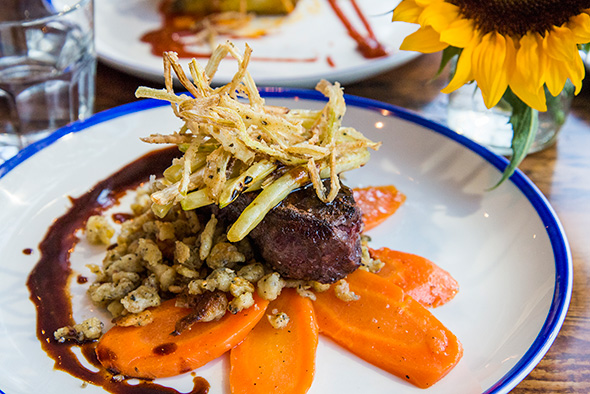 From the dinner menu, I taste the braised beef tenderloin ($32) served alongside spaetzle and honey roasted carrots. The meat is tender and pairs well with the tiny German-style dumplings. 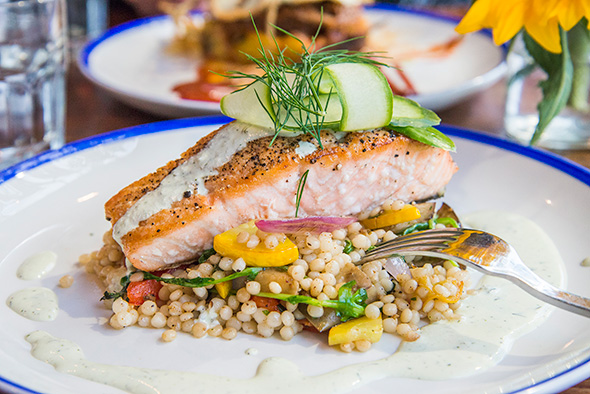 Pan-seared salmon ($23) comes on a bed of Israeli couscous and veggies. The fish is cooked just right and it proves to be a great summer dish thanks to a fresh-tasting dill and cucumber cream sauce. 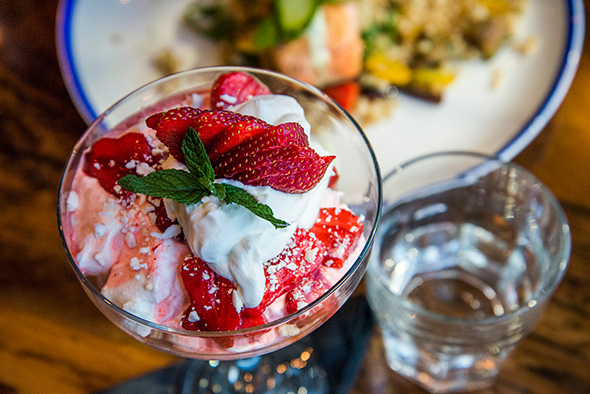 Dessert is an Eton Mess ($9), or what I describe as a grown-up strawberry sundae. This deceptively light treat is a mishmash of crispy pavlova, fresh whipped-cream and macerated strawberries. 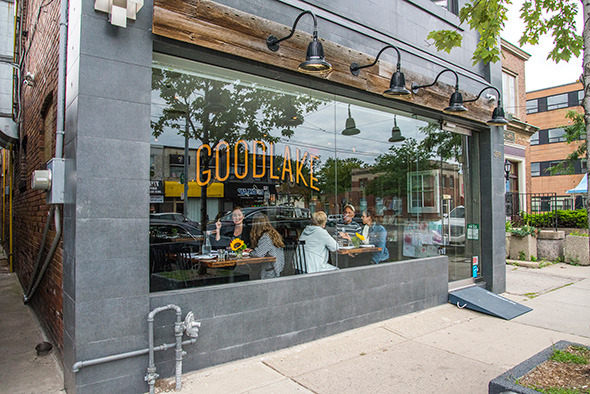