Good Things is a perfect blend of healthy and delicious.  Sitting at the corner of Dundas and Broadview, this airy little spot serves healthy sustenance that'll match your needs throughout the day. 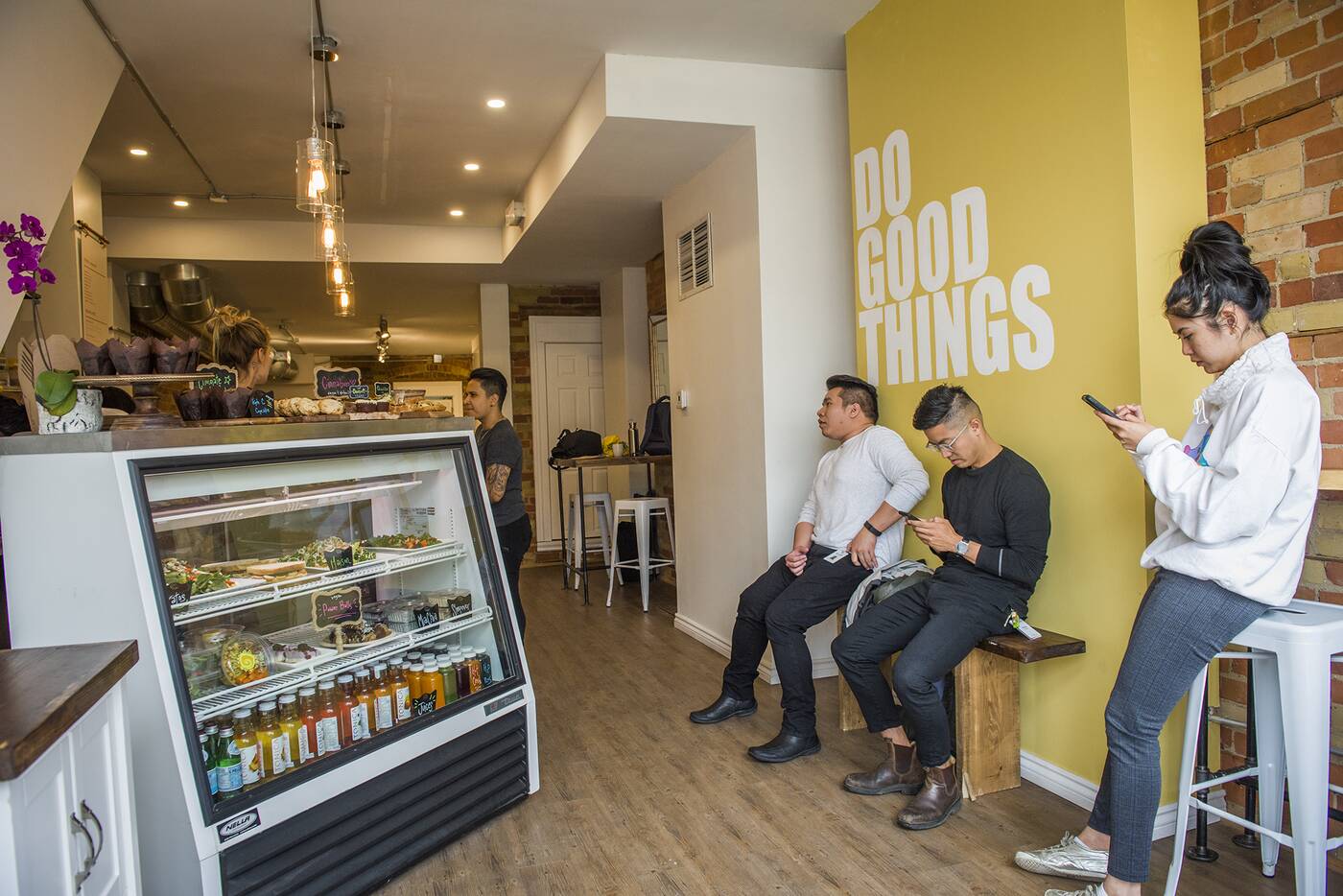 From morning coffee from Hale to full meals and baked goods, it seems that Good Things does it all. They even press their own juices — red, green, or orange for $8 each — all made in-house. 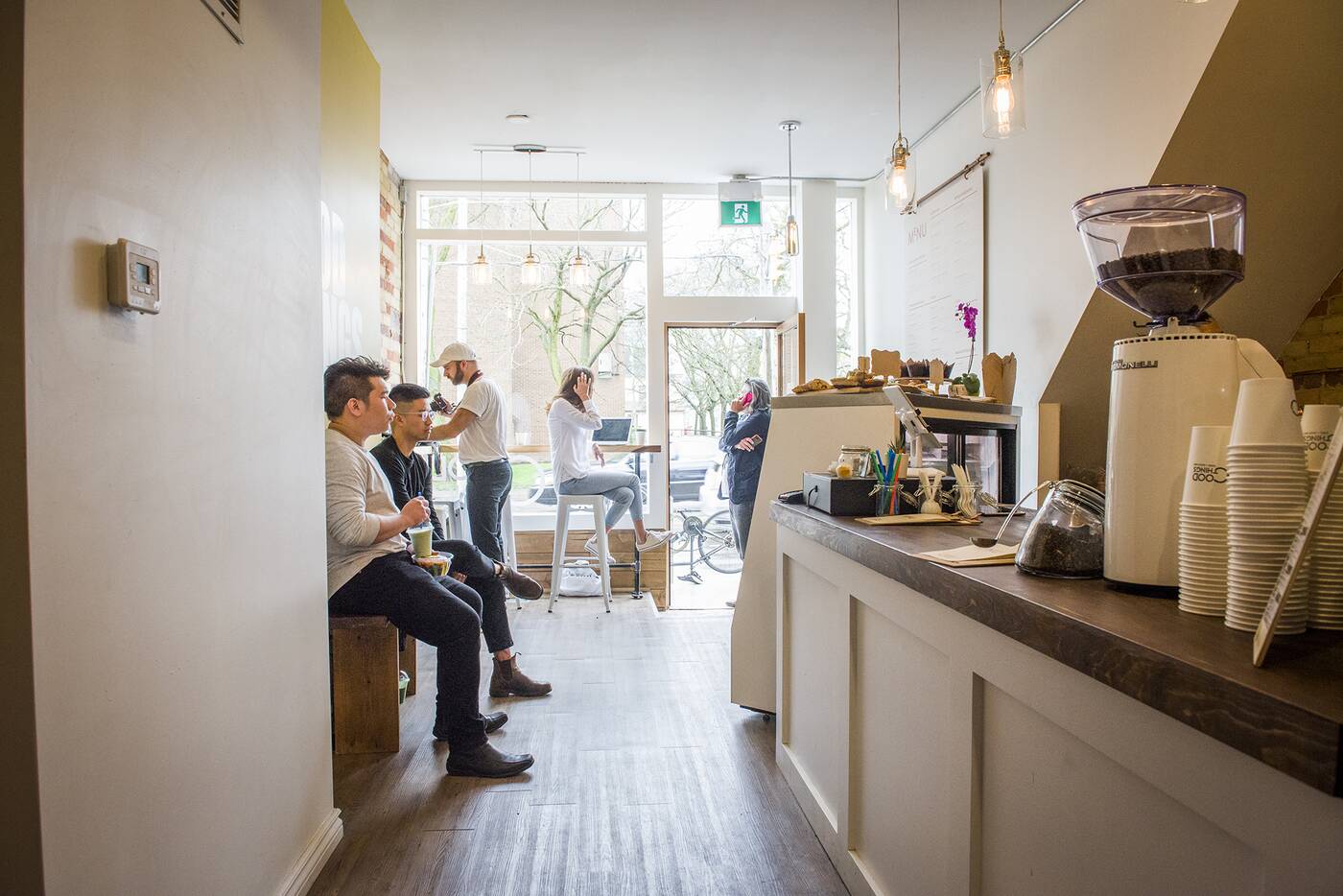 Perhaps the most noticeable thing about Good Things is that, while the menu is about 80 per cent vegan, there are a couple of items that feature meat. 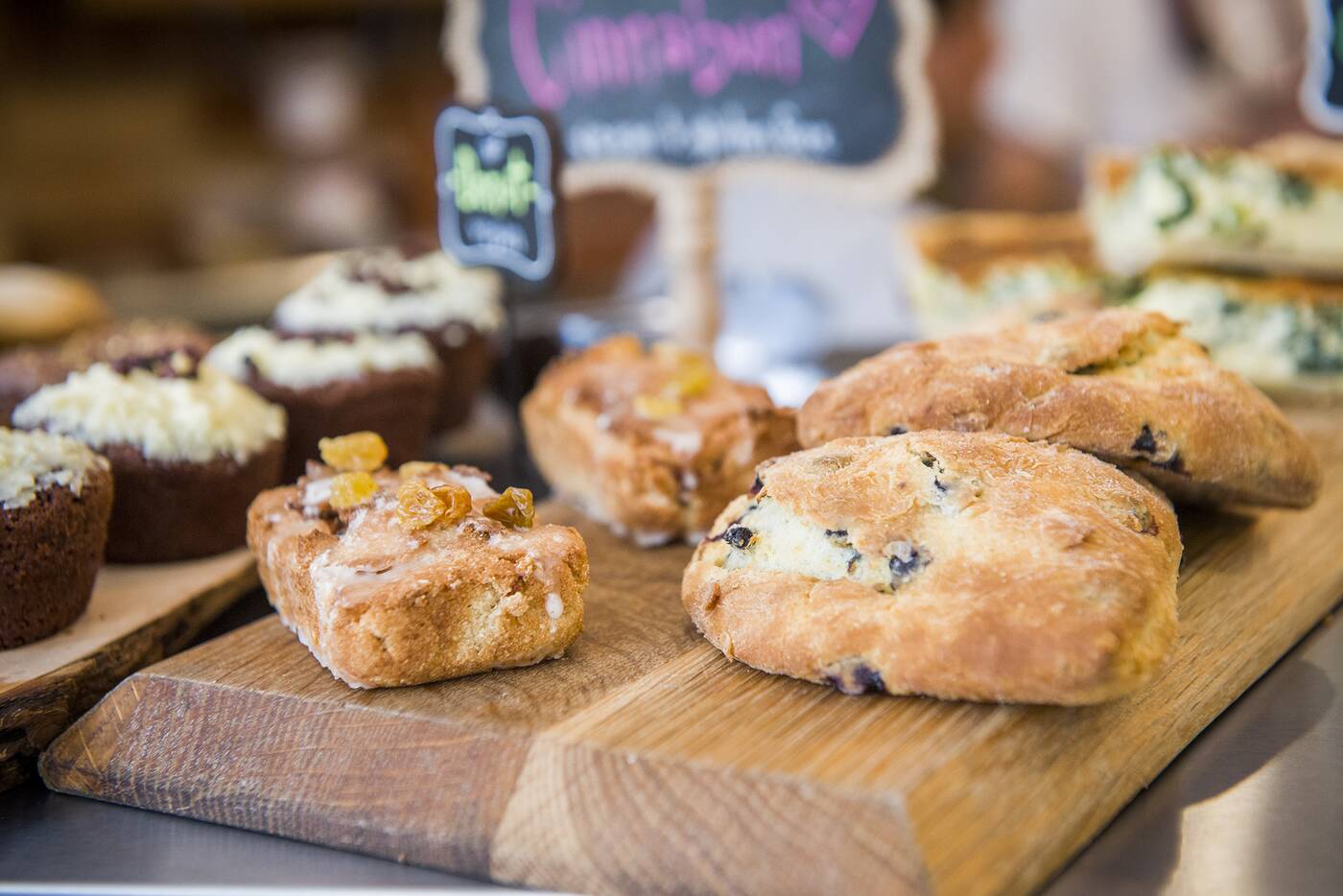 It's nice for those who don't necessarily follow a purely vegan diet, but still want to eat clean. With everything on the menu being made in-house, you can be sure that everything from the chia breakfasts ($5) to the power bowls are made with healthy eating in mind.

Both nutritionists, co-owners and east-end locals Bianca Johnson and Anushka Garnier came together to create a healthy eatery in a building that once housed Bike Sauce and an illegal mahjong hall. 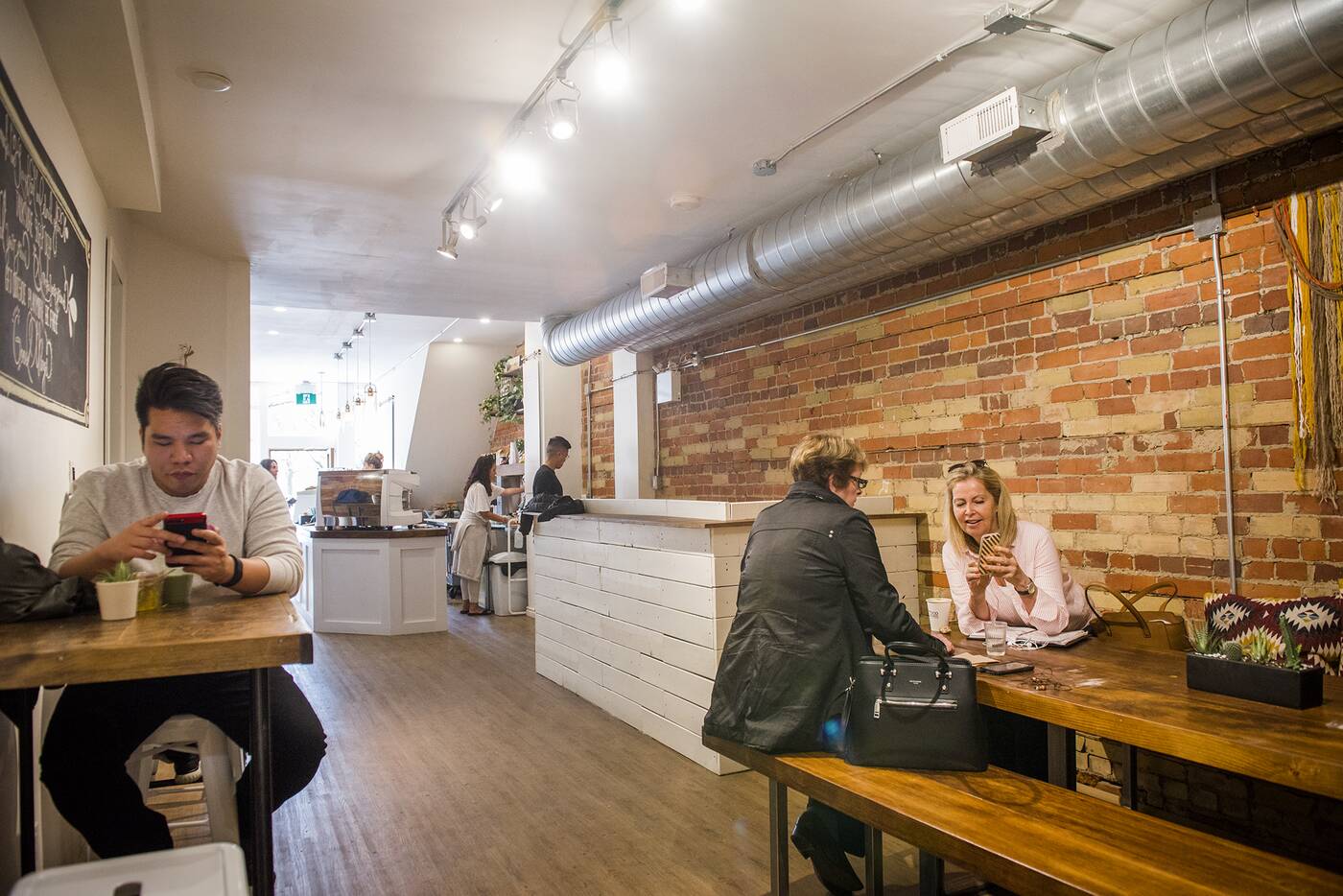 Using their giant kitchen in the back to make everything from scratch, the two created a menu that doesn't sacrifice taste and enjoyment in favour of healthier, and sometimes blander, approaches. 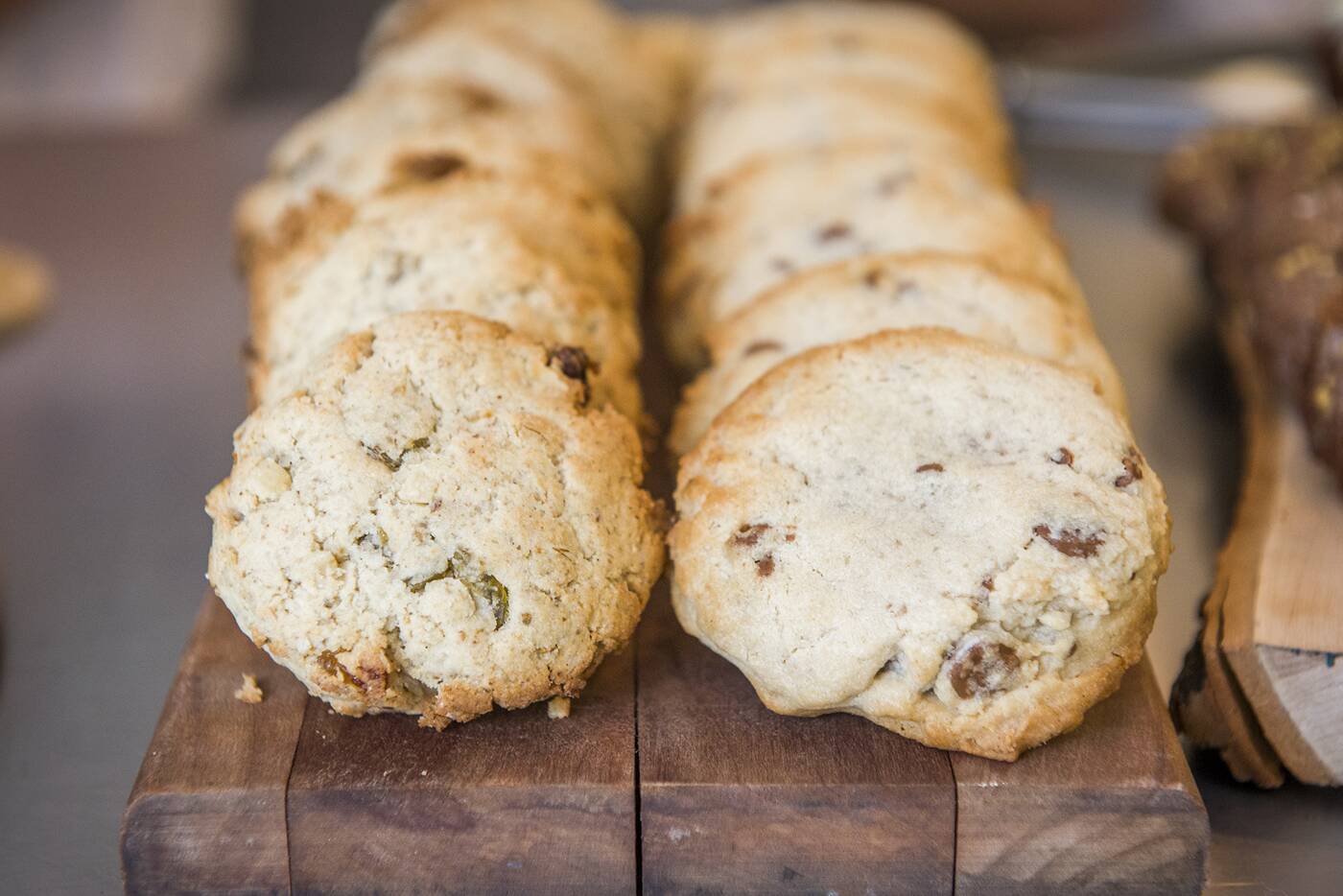 Baked goods here like the chocolate chip cookies, power balls and vegan cinnamon buns are sugary sweet, but can be consumed without the guilt of gluten or dairy. 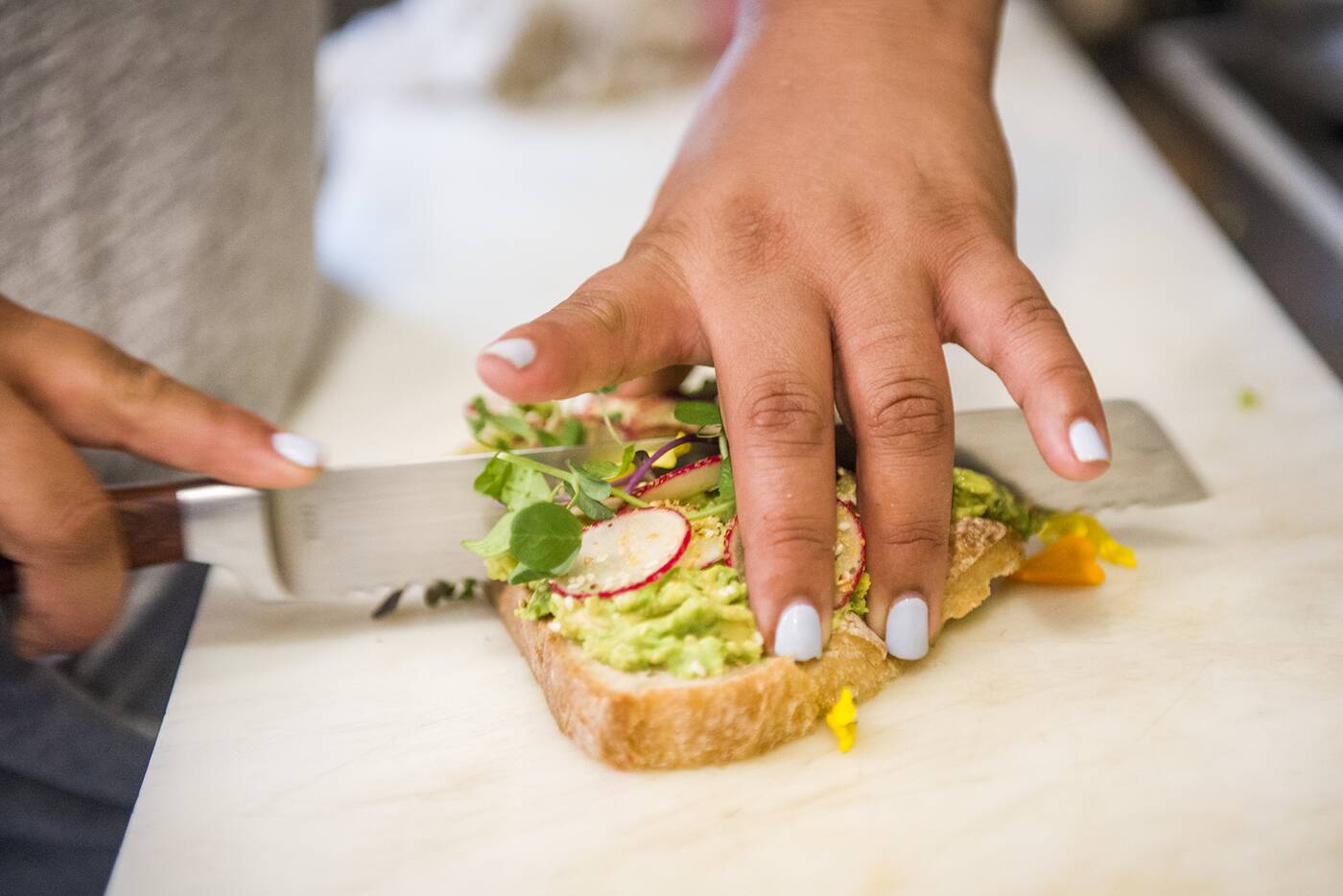 Items like the Avo ($6) are packed full of flavour. Topped with breakfast radishes and Japanese togarashi chili pepper, this avocado toast is garlicky and super satisfying, served on phenomenal bread from local Brick Street Bakery. 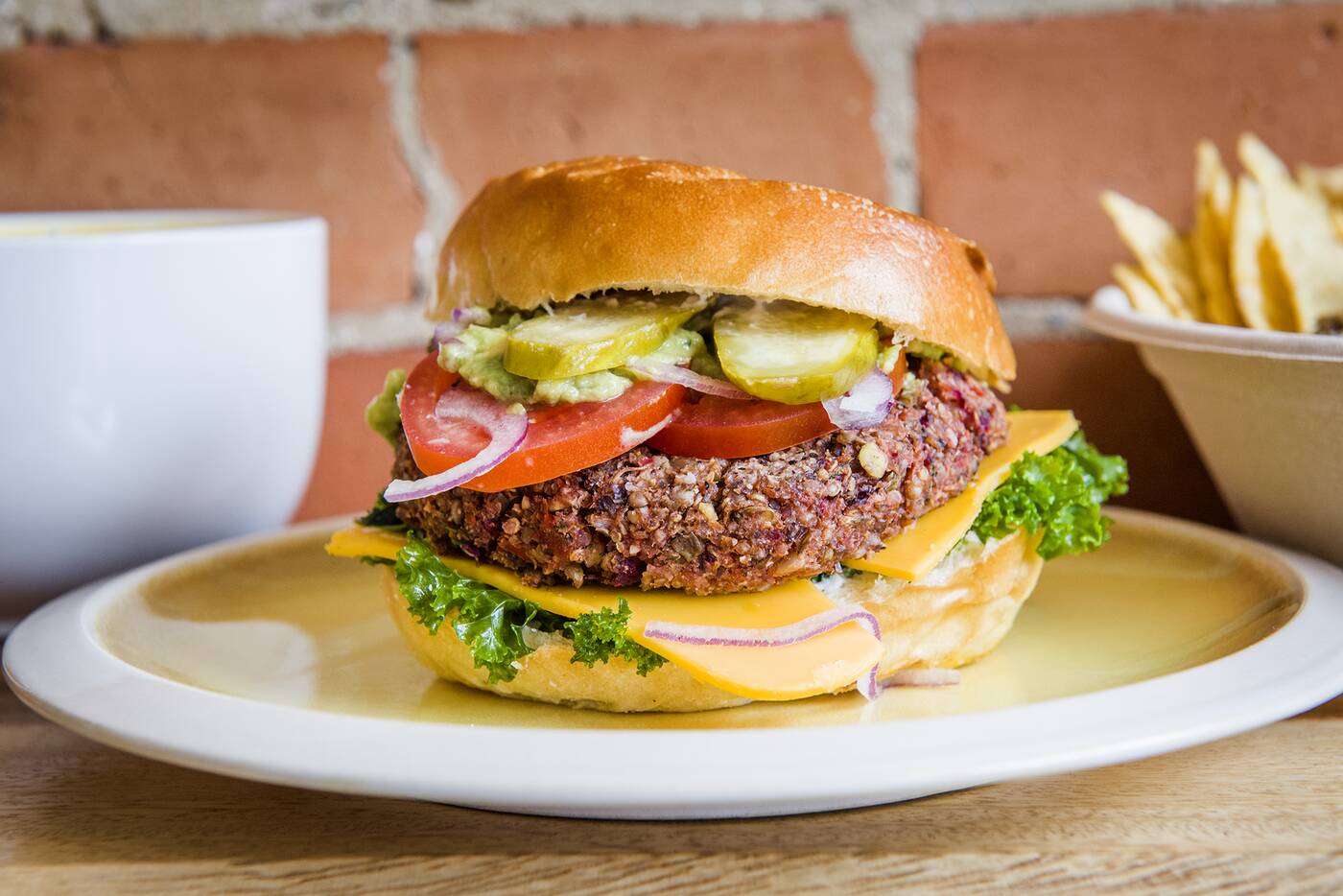 The GT Burger is another killer ($12): it sits on a spelt bun topped with cheddar, aoili and a sprinkling of veggies. The patty is totally vegan, made of black bean, lentils and walnuts.

The burger also comes with a smashed avocado, which features a housemade hot sauce using a classic Trinidadian hot sauce recipe that provides a great kick. 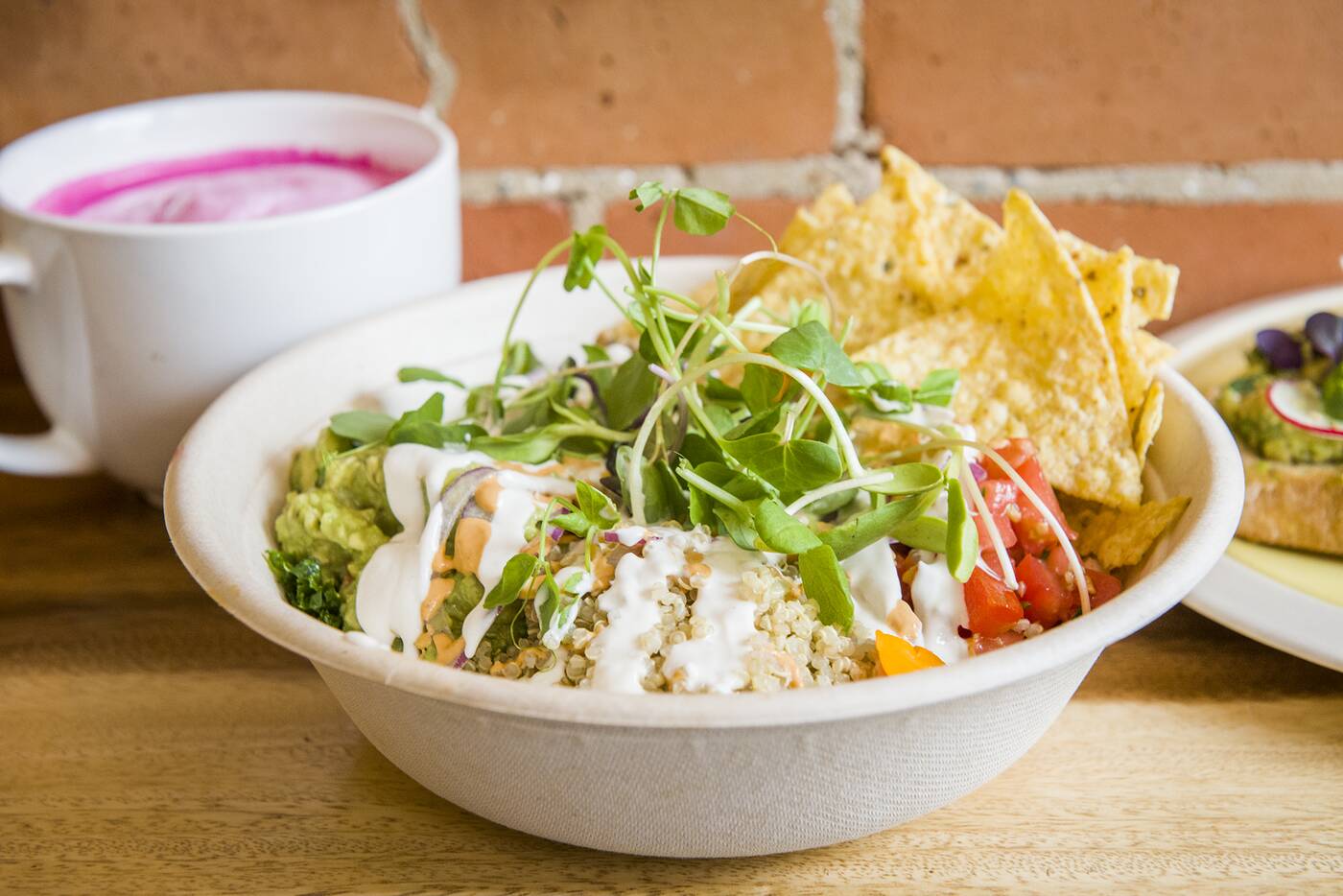 The El Desperado protein bowl ($13) is yet another super tasty and satisfying mixture of brown rice, kale and chili-infused black beans.

It almost feels like you're eating a real Tex Mex bowl, largely because of the nutmeat, guac, and "sour cream" made from sprouted cashews. You're sure to feel stuffed after this one. 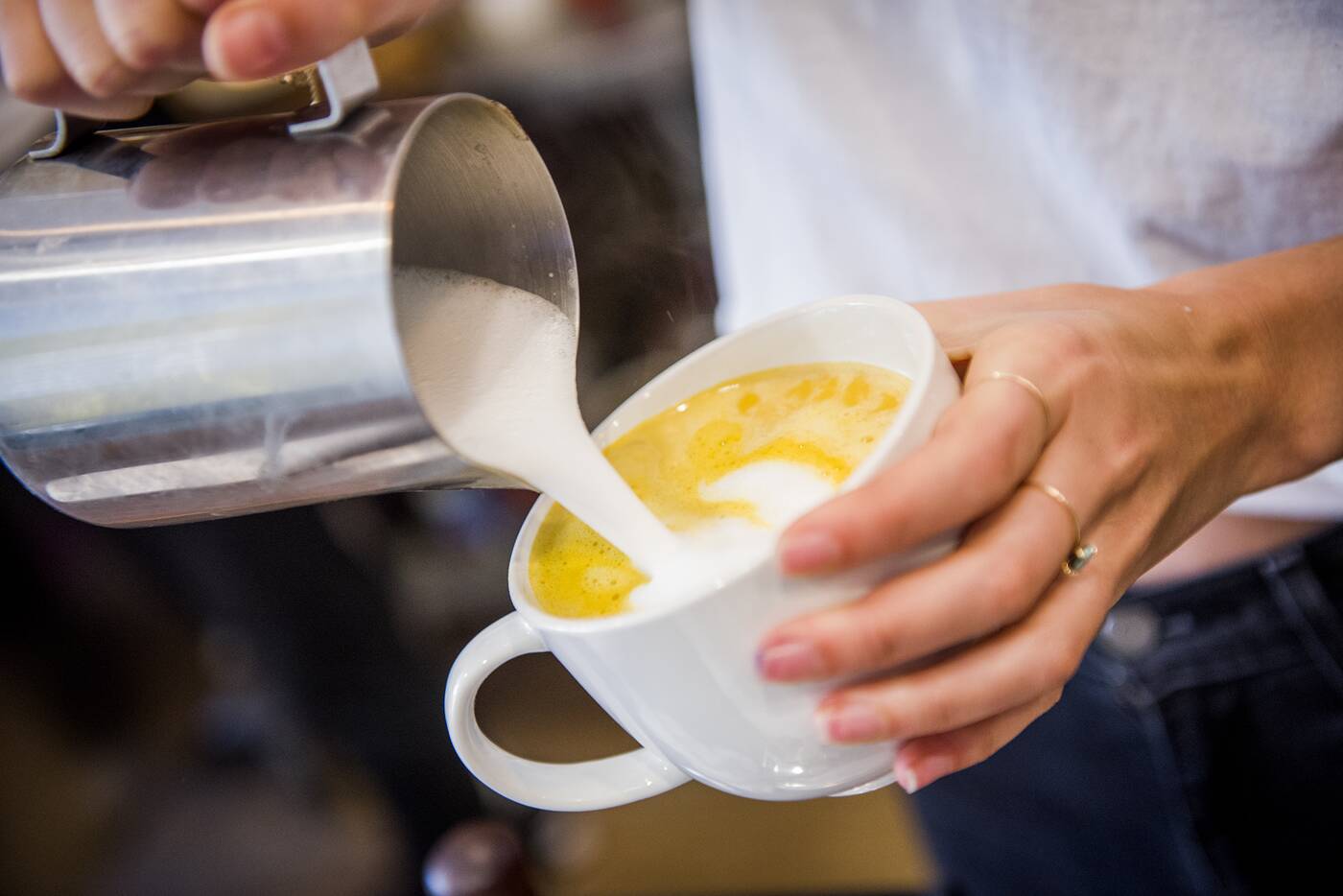 As for drinks Good Things has an impressive selection of beverages. From immune boosting elixirs ($5) to a variety of lovely coffee-free "healing" lattes. 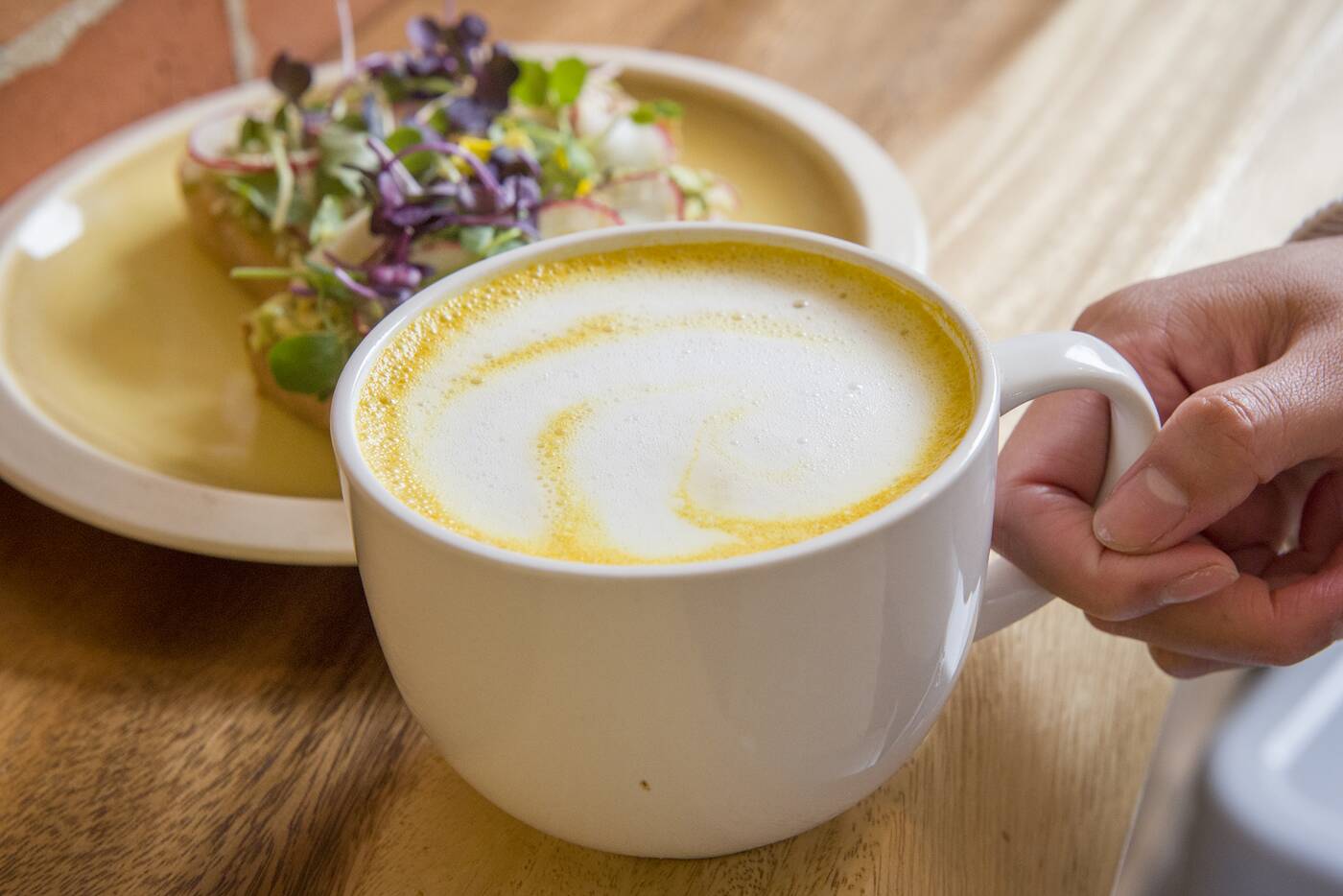 At first glance, these colourful lattes may look decked out in food colouring, but the bright tones come from natural ingredients. The Goldilocks ($6) is a large cup of of turmeric, coconut milk, ginger, cardamom and saffron. 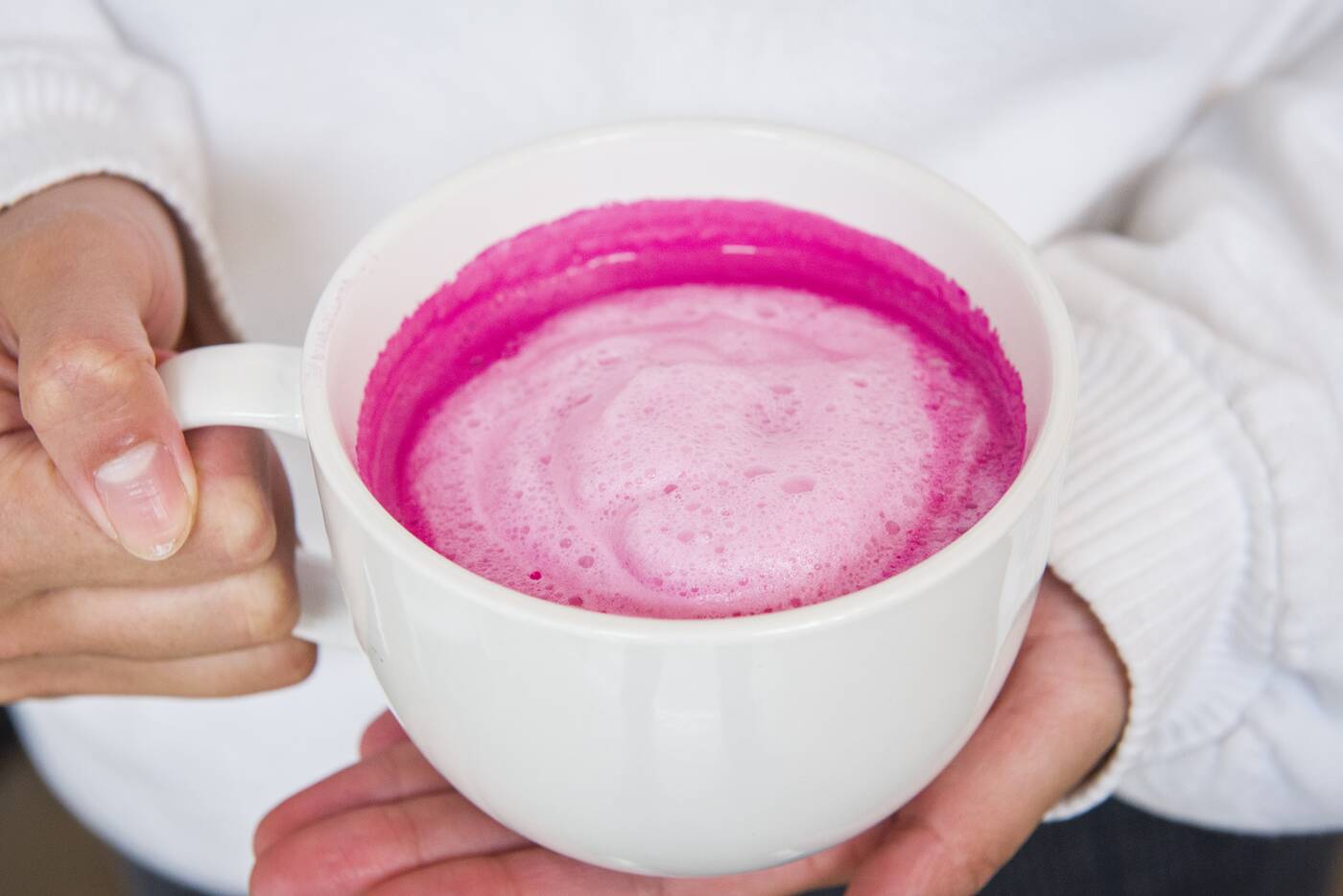 The La Vie en Rose latte ($6) is a surprisingly tangy drink made from beets, maple syrup, rosewater and vanilla. 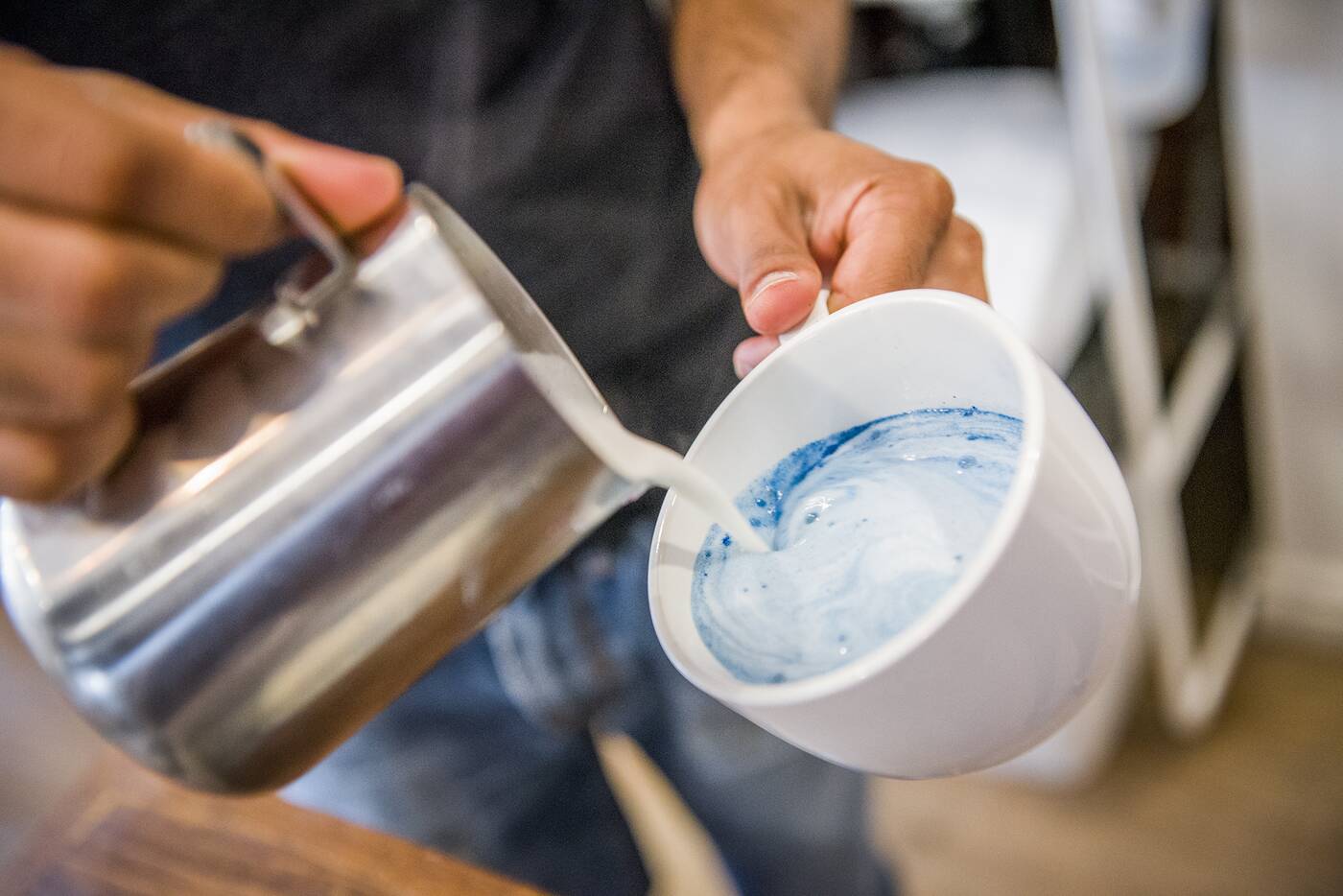 The Into the Blue ($7) is my favourite: a concoction of coconut milk, pineapple juice, ginger, maple syrup and live algae from Blue Majik.

Dining healthy may not be everyone's top criteria when choosing a place to eat, but Good Things prices and delicious menu makes a penchant for clean eating much more appealing. 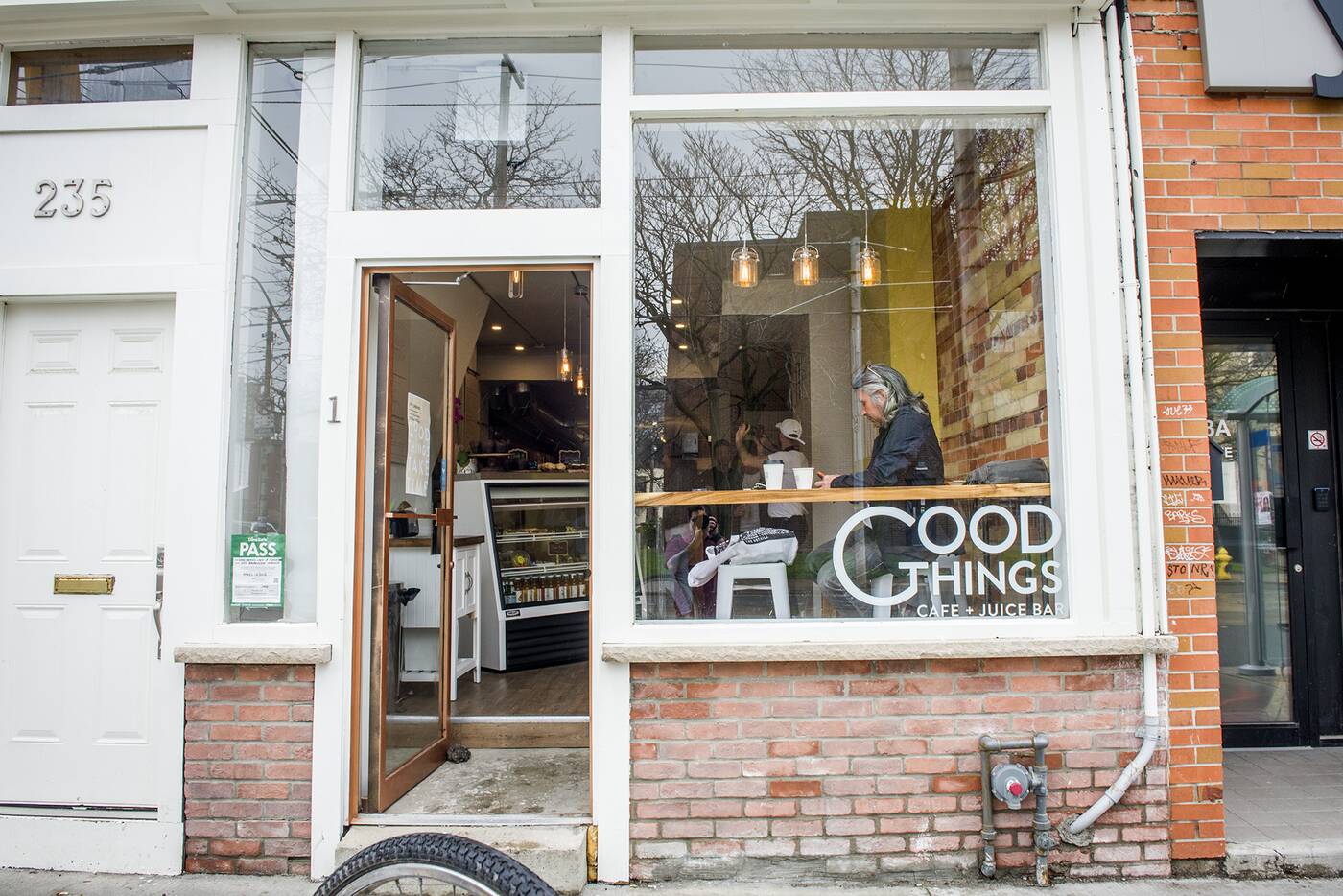