Who makes Toronto's best roti? Ask most people and they'll say Gandhi at 554 Queen West. The ten-seater roti restaurant has been serving up super-fresh, made-to-order lunches and dinners for years. On the menu are almost two dozen varieties ranging from veggie options like saag paneer ($8.95) and chana ($6.95) to meat-friendly varieties including lamb ($7.95) and butter chicken ($11.95).

On this afternoon I order up a mixed vegetable roti ($6.95 - pictured above and below) which comes with potato, cauliflower and peas. The creation is wrapped in one of Gandhi's hot off the stove roti shells that are made fresh throughout the day. The size of these are definitely a meal and knowing that the kitchen doesn't hold back on the chiles I ask for the spice level to be set to medium.

And then I wait. If there's one criticism that's repeatedly directed toward Gandhi it's that the service is too slow. Get there during the weekday lunch rush and you'll be lucky to get your food in 20 minutes. Sometimes it's longer and line-ups can be deceiving. When I arrived I was only 4th or 5th in the queue but it soon became apparent that oodles of chiken tikka masala fans had called in orders from work - for themselves AND their office chums.

But, if there's one restaurant on Queen West that's worth the wait it just might be Gandhi. For those used to the more widespread Trinidadian or Jamaican rotis in Toronto, the flavours and textures here are definitely something different. For starters, the kitchen specializes in East-Indian rotis which generally means a firmer filling and more intense spicing than what you'd find at places like Bacchus or Ali's . 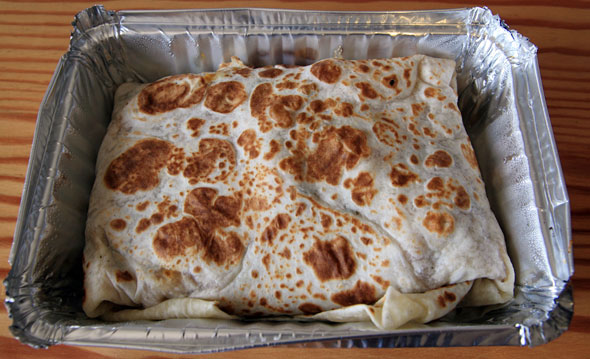 Not to be overlooked though is the quality of the shell. I love the fact the kitchen is wide open for all customers to see - and that the roti shell roller is just steps from the order counter. It makes for a fun dining experience especially when you throw in the challenge of maneuvering around the cramped eating area to jostle for the prized seating (12 chairs, four tables).

Worth noting is that owner Avtar Singh can still be found behind the counter. While he usually relinquishes cooking duties to a team numbering about half a dozen, it's great to see him still in the middle of the action, taking orders, packing meals and assuring customers that their order will only be 2-3 more minutes.

For those interested in essentially the same quality roti but in a less frenetic environment, Gandhi's sister-location, Mother India , can be found further west along Queen at Landsdowne. 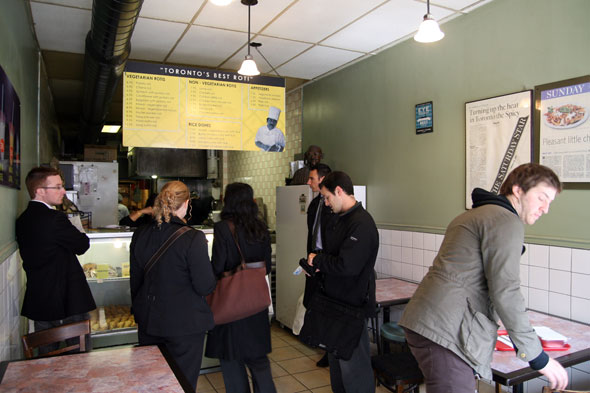