Fring's has caused a lot of excitement in this city since word first dropped that Susur Lee and his sons Levi and Kai Bent-Lee were opening a restaurant with Drake involved. Taking over the space that was formerly Crush Wine Bar on King West just down the street from Lee , this place is sure to be a hot spot for the foreseeable future.

Like Lee's other establishments, Brenda Bent (Lee's wife and mother to the Bent-Lees) and her design partner Karen Gable are behind the decor of Fring's, which has a hip lounge-like feel mixed with elements of whimsy (Yeti-like fur on the backs of dining chairs, installations over the bar made from clear plastic hangers) and gothic chic (ornate crosses on the walls). 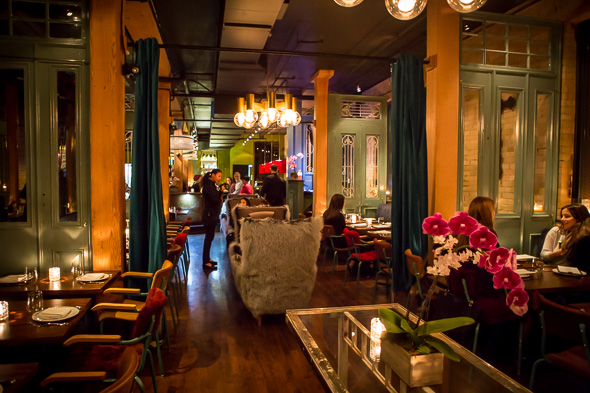 After checking in with the hostesses at the front, we're led down a metal-panelled hallway (peek through the holes and you'll see cute little stuffed birds) into a dimly lit, 150-capacity space with a large central bar flanked by swank rounded booths. A smaller dining area off to the side leads to a windowed private dining room that Drizzy reserves when he visits .

It's unclear as to how involved the 6 God actually is in this operation (I'm told he didn't have input in terms of the drinks or the menu - he's a fan of the prawns though), but there are subtle hints of him when I head down to the washrooms, which are labelled "6 Gods" and "6 Goddesses," and spot the lit-up " 6 on a wave " emojis just begging to be Instagrammed. 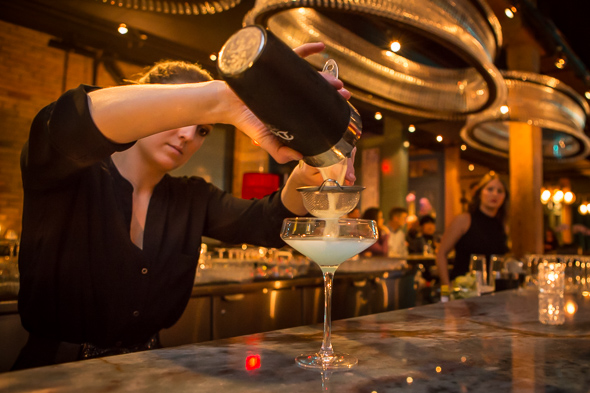 Drinks-wise, there's a comprehensive selection of wines by the glass ($11-$21) or bottle ($55-$725), along with glasses of sake ($10) that includes a Bent x Izumi Junmai house blend. Signature cocktails cost a pretty penny here, so choose wisely. 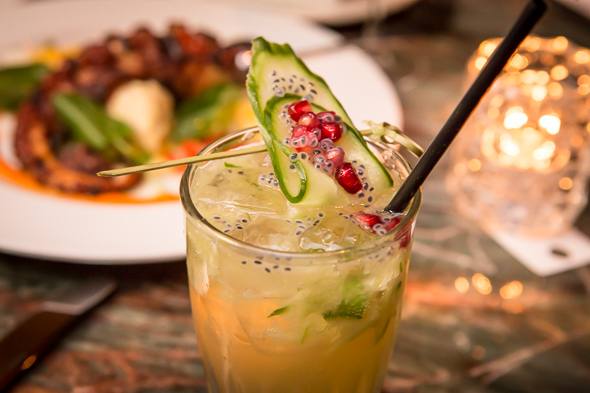 The former has a bit too much of a floral taste for me and the latter is a tad too herbaceous, but they both sure are pretty to look at.

As for the food, the menu is described to me as having North American, European and a touch of Asian fusion influences, so I guess "international" encompasses all of that. They're a reflection of what the Bent-Lees love to eat, and from what I can gather, that's elevated comfort food.

Split into toasts, small plates and large plates, it's clear these dishes are meant for sharing. 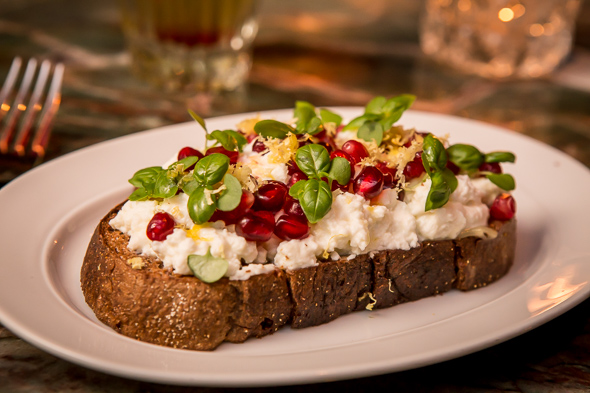 Of the toasts, we get the homemade ricotta ($10) with jalapeño plum jam, pomegranate seeds and basil pods on Forno Cultura bread. The abundant ricotta certainly tastes fresh, and the pops of sweetness from the pomegranate are a nice touch, but the jalapeño plum jam seems to be missing, as I don't detect any chili or plum flavour whatsoever.

This would probably be a winner if the jam were present, or if there were a touch more salt. 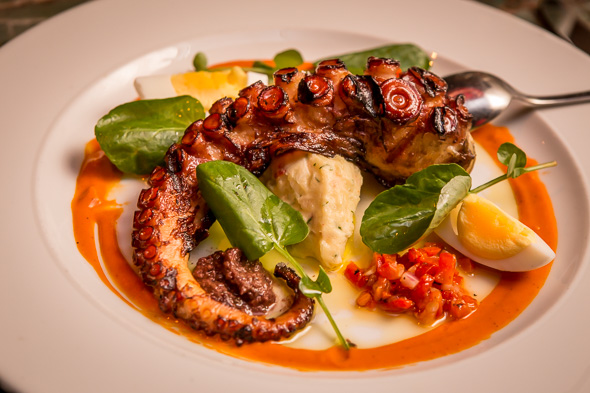 For us, the highlight of the night is the grilled octopus ($22) from the small plates section. One large, tender tentacle is served on potato salad along with egg, black olive purée, organic smoked olive oil, white balsamic and red pepper coulis.

There's a pleasant char on the octopus that complements all the other components, although the hard-boiled egg isn't really necessary. My dining companion practically licks the plate. 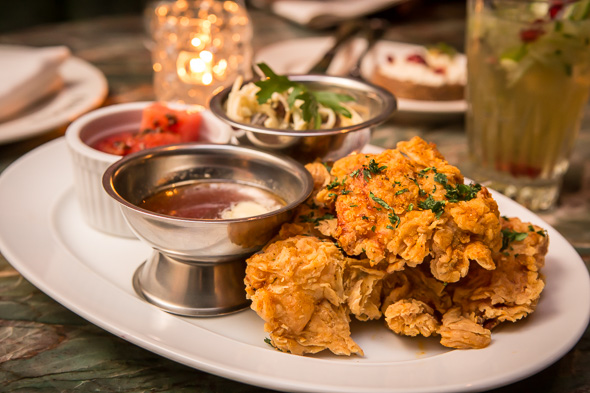 The 6ix currently seems to be obsessed with fried chicken , so it's no surprise to find it here as well. Southern Spicy Maple Fried Chicken ($28), made with a batter of buttermilk, panko and paprika, is served with whipped butter melting into a sriracha maple syrup glaze accompanied by a raisin-and-green-apple rémoulade and a watermelon salad.

Fried chicken can be a matter of preference, and while this one certainly has a requisitely crunchy (maybe a little too crunchy, if that's possible) exterior, the meat is a tad dry inside.

And while I can taste the spice on the chicken and in the glaze separately, when I eat them together they seem to cancel themselves out - the heat is very, very subtle. It's good, but not amazing. 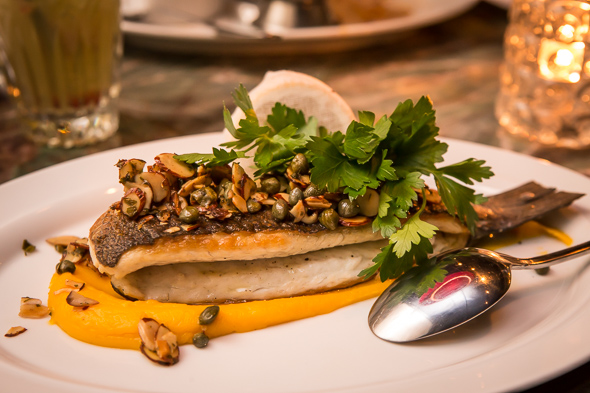 Next, a deboned and pan seared whole branzino ($32) arrives on a squash purée with brown butter, almondine and capers. The fish is cooked well and its skin is crispy while the salty capers are a nice contrast to the sweet purée. 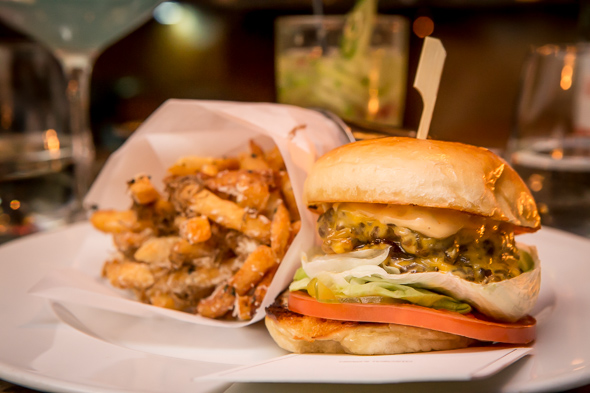 The Susur Burger ($20) comprises Canadian Prime grass-fed beef, melty cheddar cheese, caramelized onions, lettuce and tomato, and it's served with Jamie Kennedy's famous frites (or you can be a baller and upgrade to the truffle fries with shaved parmesan for an additional $12, which we did).

Our burger turns out to contain sliced pickles instead of caramelized onions (no biggie), and this only contributes to the unshakeable sensation that this combo of flavours is very reminiscent of McD's...perhaps this is intentional, but I'm not sure I want to be reminded of fast food when consuming a burger that costs five times as much. 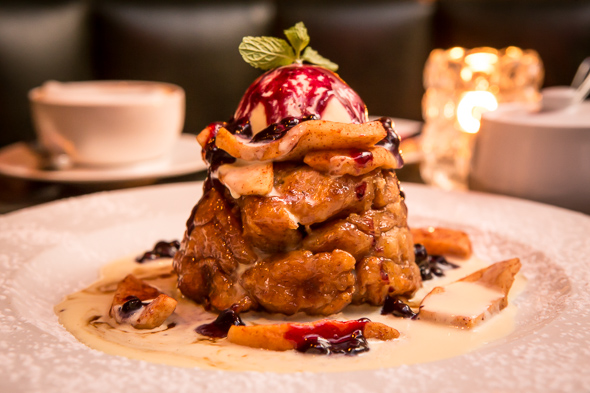 Classic R&B and hip-hop (R. Kelly, Ginuwine) serenade us while we dine, although I've heard Drake tunes occasionally get some play as well.

There appears to be a high female quotient in the house when we visit; perhaps some are hopeful the man himself will show up (it turns out he did that night)? After all, he recently said he prefers to get romantic with gals from his city . 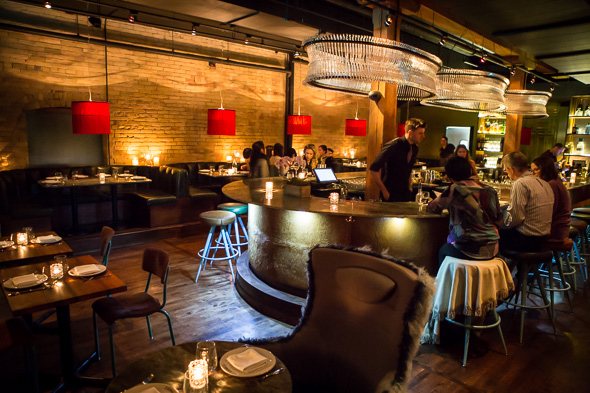 There's been a lot of speculation about the name of this place; is it named after Harvey's fries + onion rings ? Something-else-that-starts-with-"Fr" + " tings "? The character from Breaking Bad ? The official explanation is that it's a made-up term Drizzy and the Bent-Lees use to refer to "good times."

Landing a resy here can be tough (unless you enjoy dining at 5:30pm or after 9pm), but walk-ins are accepted if there are cancellations, and are always welcome at the bar.

Even on a weeknight, it's happening, which isn't surprising, given two of Toronto's biggest names - and two of its best ambassadors for the city - are associated with this spot. It definitely ain't cheap to drink or dine here, but if you're curious about the experience, then why not? Because YOLO. 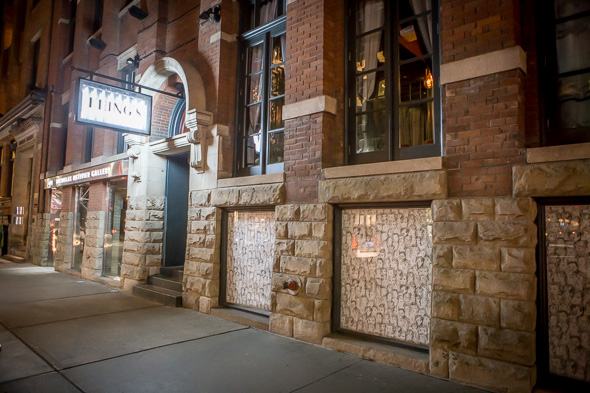