It's 3:00am as I slip through the retro-flashy front entrance of the legendary Fran's Restaurant on College St. At this hour, it's one of the only places left where you can be arriving to find that not only is the kitchen open, things are just beginning to rock.

Fran's, of course, is open 24hrs , and once T.O.'s night hawks are done working and/or partying around town, they congregate here for some food and flourescent lights.

A couple friends and I settle in with some coffee (and free refills, of course), a tall Coke float (it's Fran's after all) and some food. One order of the Big Breakfast (to split) and a Rainbow Benedict... coming up.

It's huge, and because we're out late but not out drunk, we realize it's also best split this one between 2 of us.

De-lic-ious... and that's not fatigue talking.

I used to eat here as a teenager and never remembered it being this good. Furthermore, considering I had much lower standards then - allowing myself to eat at Golden Griddle on Carlton St in those days - that's got to say something.

Across the table, a friend in search of vitamins orders up the Rainbow Benedict. Rainbow, because it's got fresh veggies piled in there between the yolks and hollandaise. 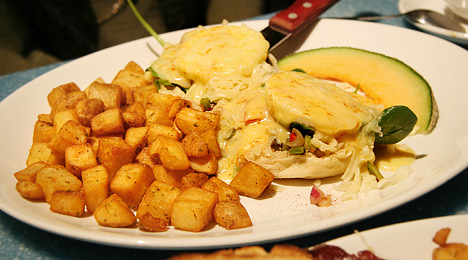 She smiles as she slices through the egg and hot steam rises out. The hollandaise isn't the best she's ever had, but that's really not what we came looking for.

It is poured on generously though, so we call it even.

More coffee and a couple hours later, we're off into the night in search of a blue night bus. It's cold but we can barely feel it we're so full of grease and goodness. 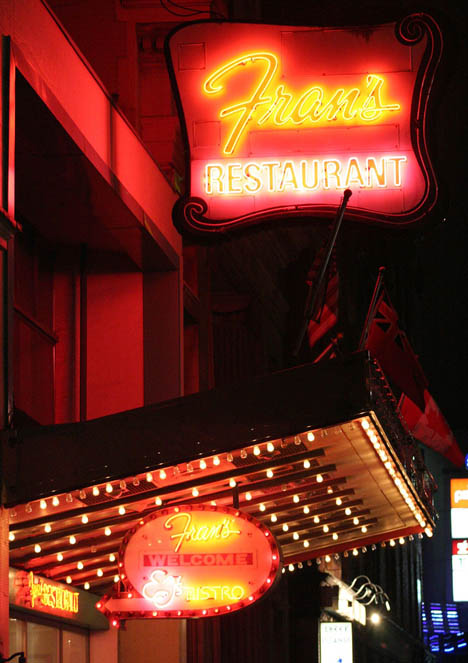 The Best 24 Hour Restaurants in Toronto

By The Way Cafe