Toast on Bloor started out as a distant dream for owner Daria Tatarek, she had a vision for the business many years before it even opened.

Tatarek says she fell in love with the food and drink industry when she started bartending about 14 years go. She got a job as a manager at The Bull (right beside Toast on Bloor's current location), but only worked there for a year, as it wasn't what she hoped the job would be. 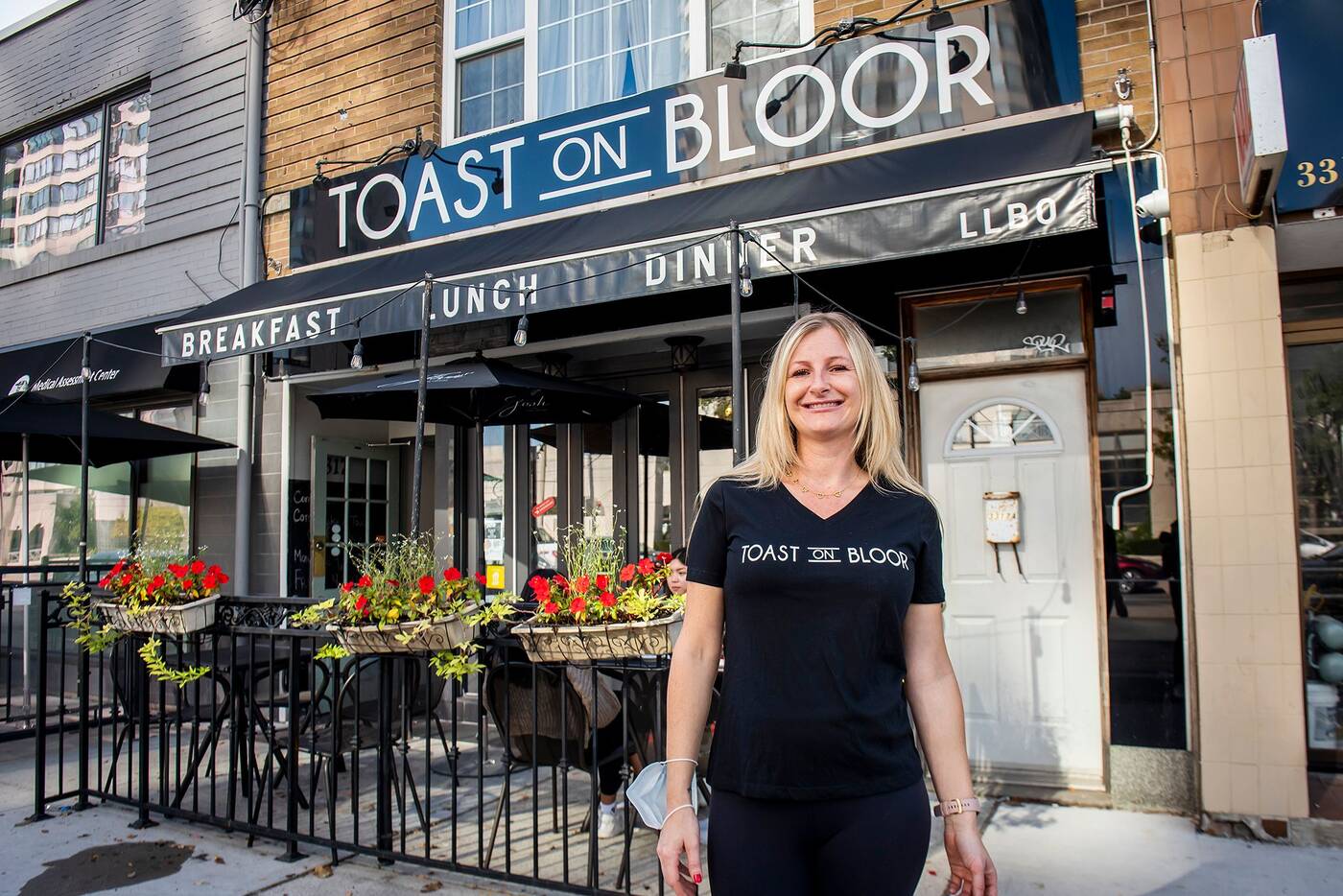 Then, Tatarek took two weeks off of working in general, and within that time, came to the decision, that she wanted to own a restaurant.

One day, Tatarek was Googling restaurant spaces for sale, and the first thing that came up was the current location of Toast on Bloor. There was an eviction notice for the space, but ironically enough Tatarek already knew the landlord from working at the Bull, right next door.

There was a long court process happening between the landlord and previous tenant, so she wasn't able to buy the building. 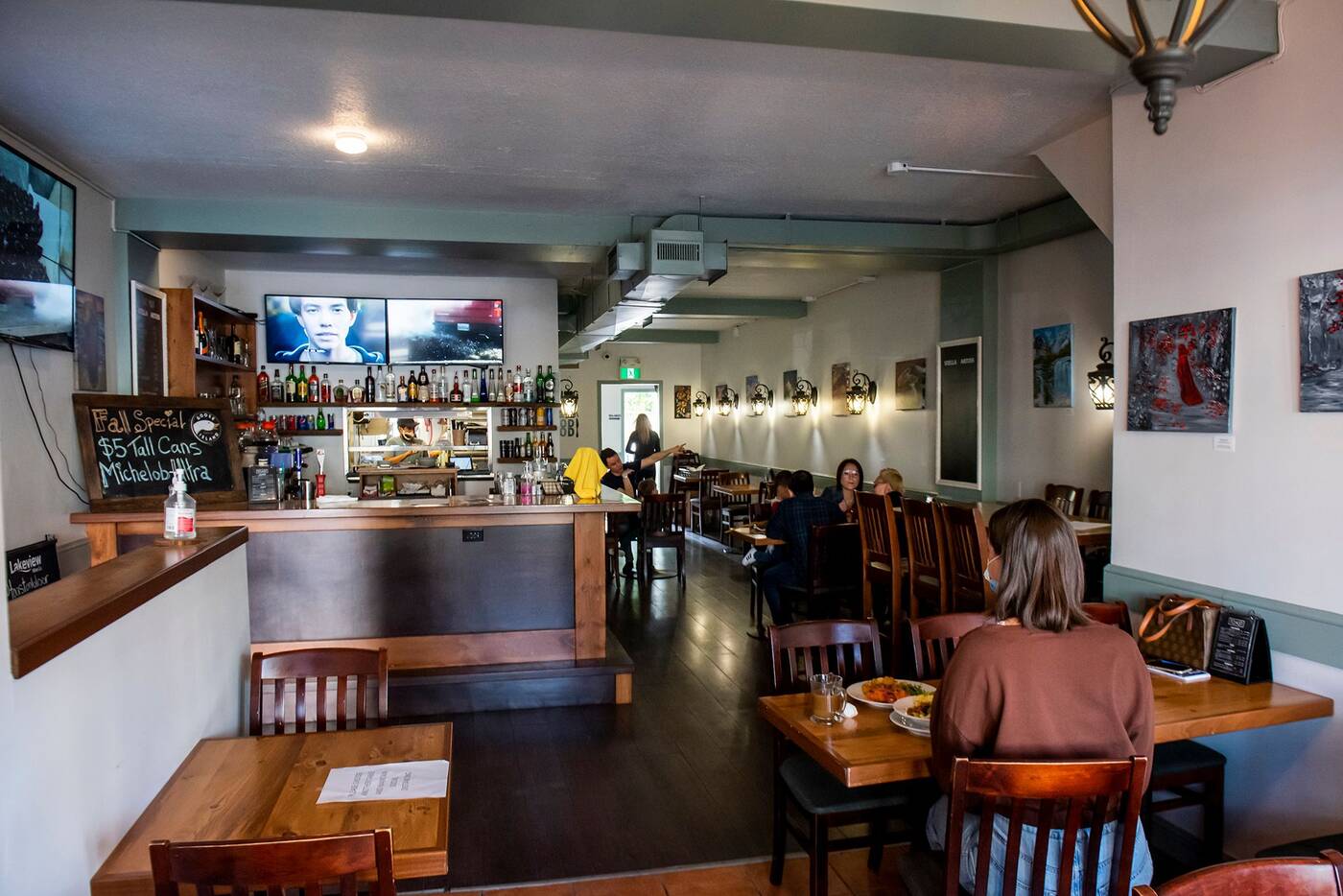 Within that time, Tatarek figured she would move to British Columbia instead and start fresh, but just a few days before she finalized that, the landlord granted her the keys to the space in May 2019.

Toast on Bloor is a laid back, family-style spot for all-day breakfast and brunch fare. Before lockdowns, they also served dinner, but have since shortened their menu.

This is the type of place where you'll hear easy listening music from the 80's playing in the background, along with regulars from the area who graciously greet each other when walking inside. 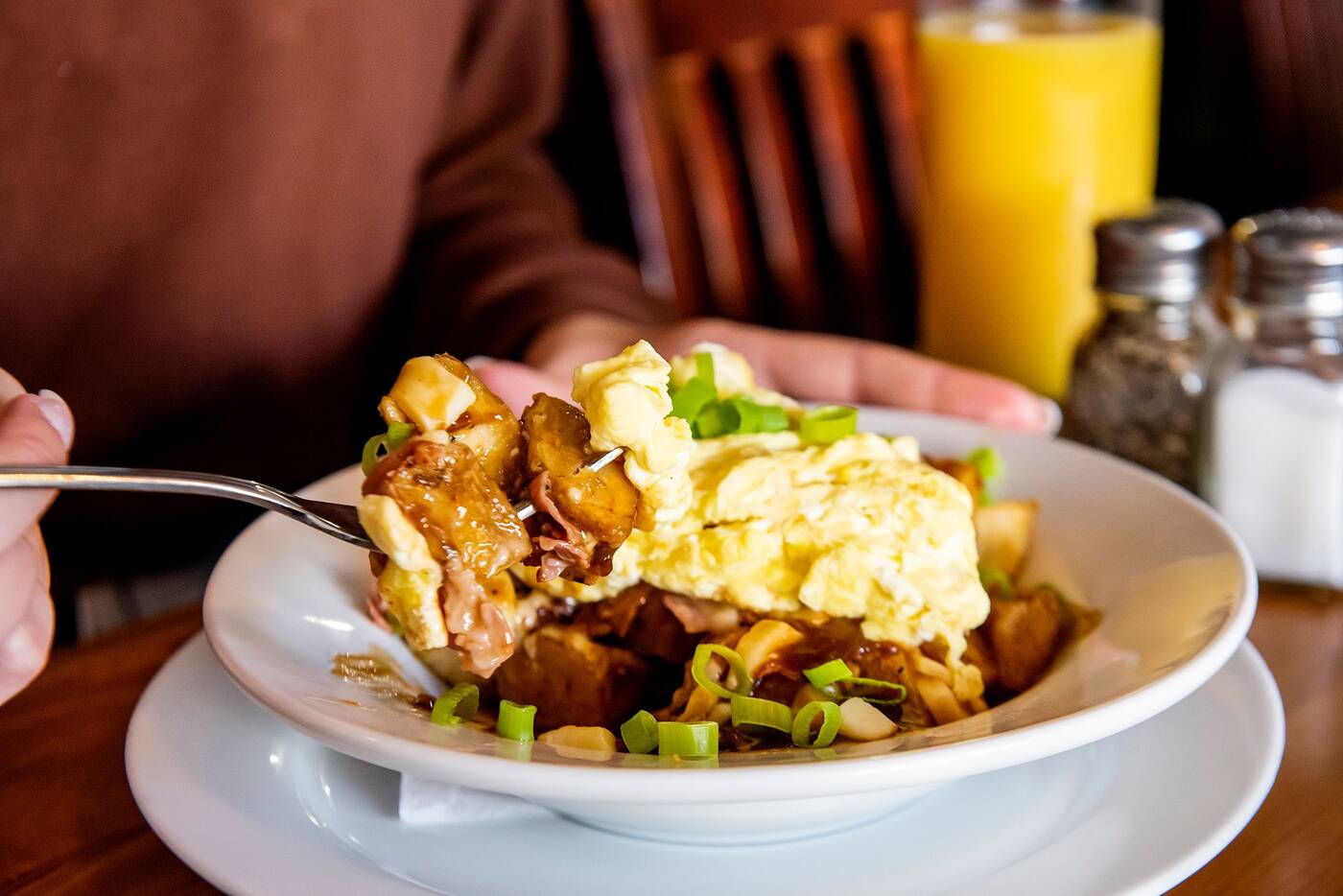 The Breakfast Poutine ($15.99) is to die-for, really any dish here that includes the homefries, is stellar. White potatoes get peeled, pre-boiled, and then fried, creating the perfect crisp, without any extra grease.

Three different meats, including bacon, Montreal smoked meat, and sausage are layered with cheese curds and gravy. Two eggs served any style you like are placed on top, with green onions to garnish. 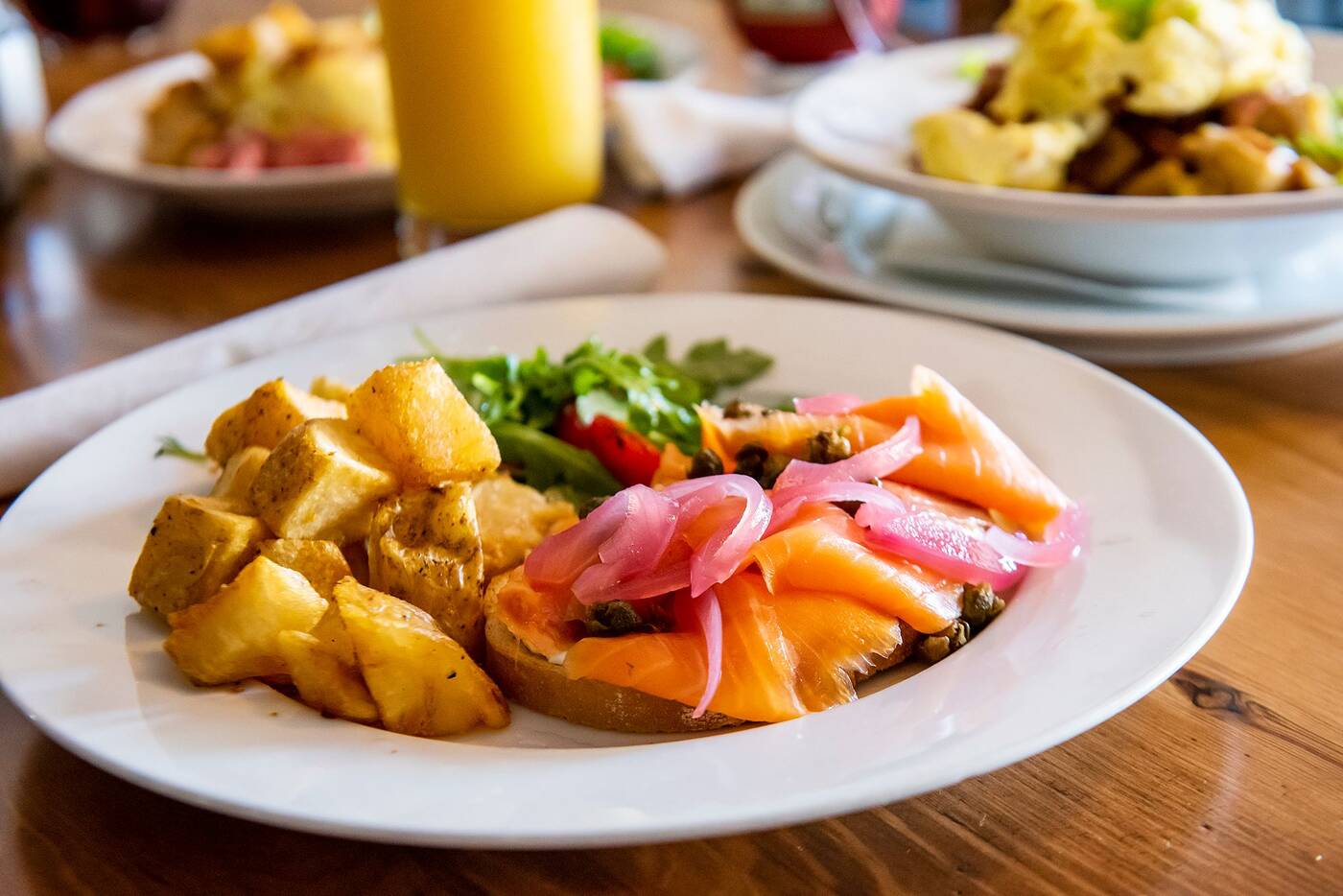 The Salmon on Rye ($14.99) comes with Norwegian salmon that complements the cream cheese spread onto the rye bread underneath.

Don't expect for this to taste fishy, the salmon is super fresh and pairs well with the flavour of capers and pickled onions garnished on top. A side of home fries and an arugula salad is served with it. 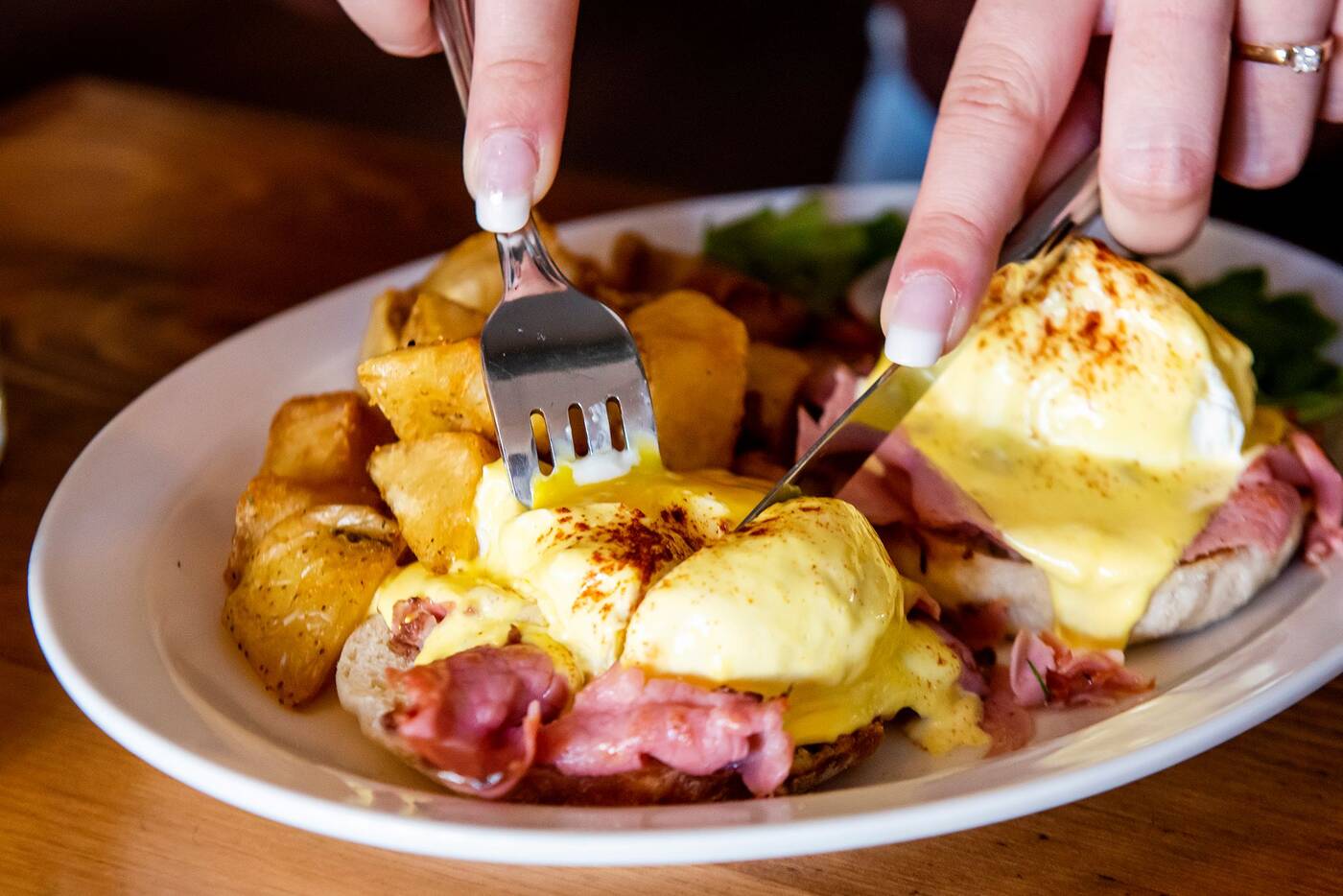 There are six different options for protein, to go along with the Toast Egg Benedict ($15.99), the Montreal smoked meat soaks up the yolk from the two poached eggs, so you get all the goodness in one bite.

Both eggs are placed on top of English muffins, classic benedict style, and served with homefries and an arugula salad on the side. 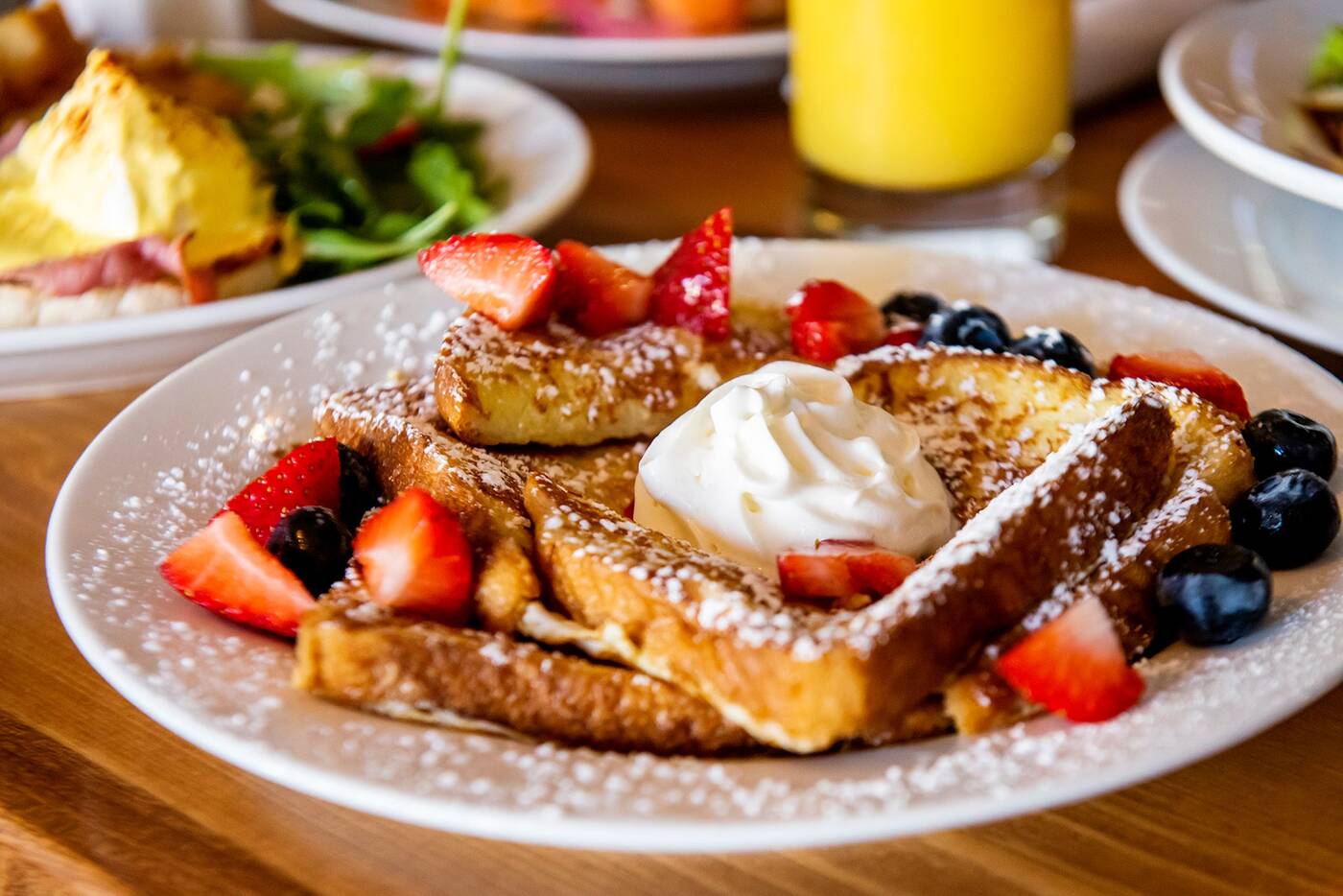 For those who prefer sweet over savoury, the French Toast ($12.99) is always a safe bet, served with fresh blueberries and strawberries, then topped with whipped cream, you can pour the syrup to your heart's desire. 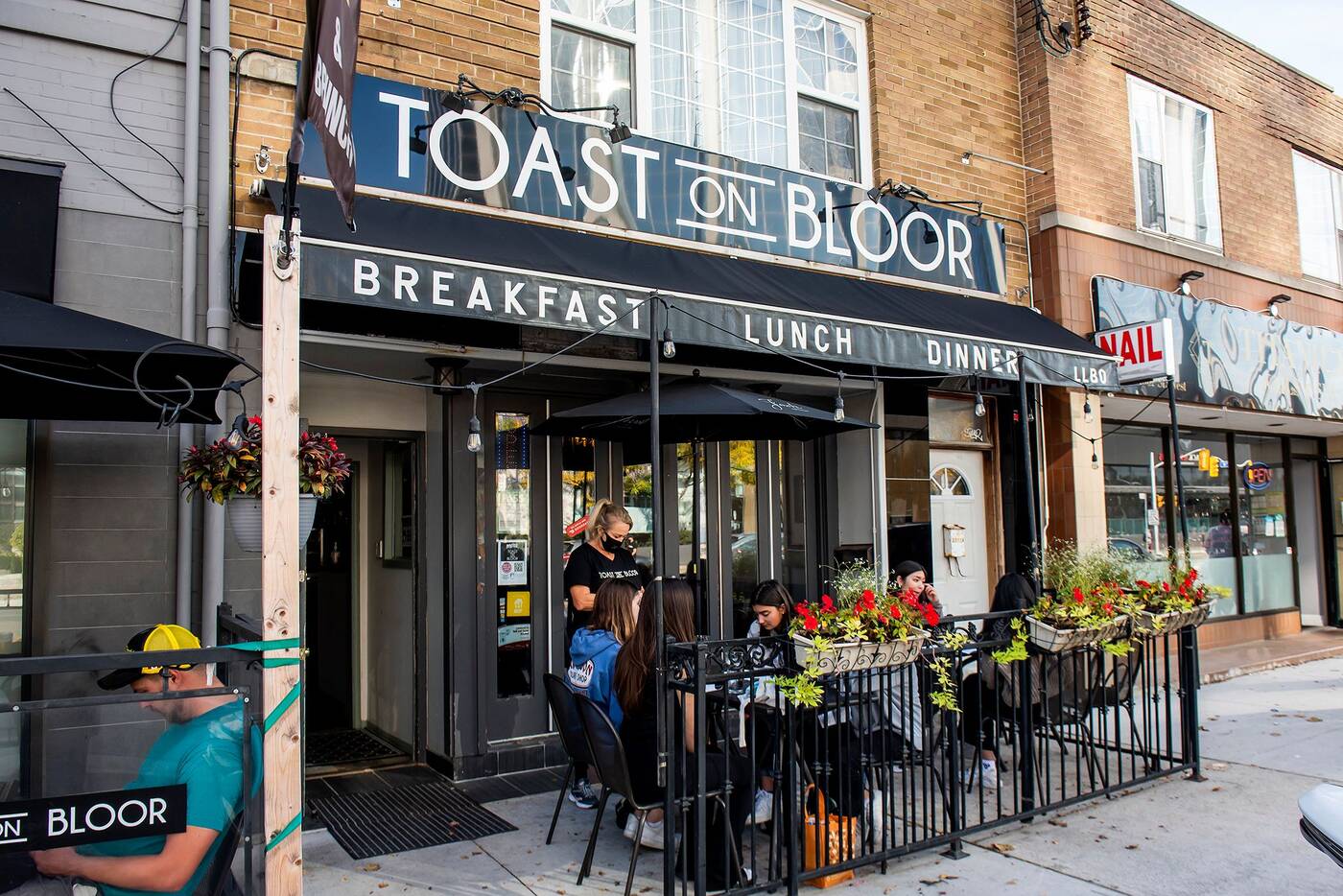 The exterior of Toast on Bloor faces the busy road, approaching the Bloor and Islington intersection. The black and white sign sits on top of the patio, which has ample seating for anyone wanting to eat outside.